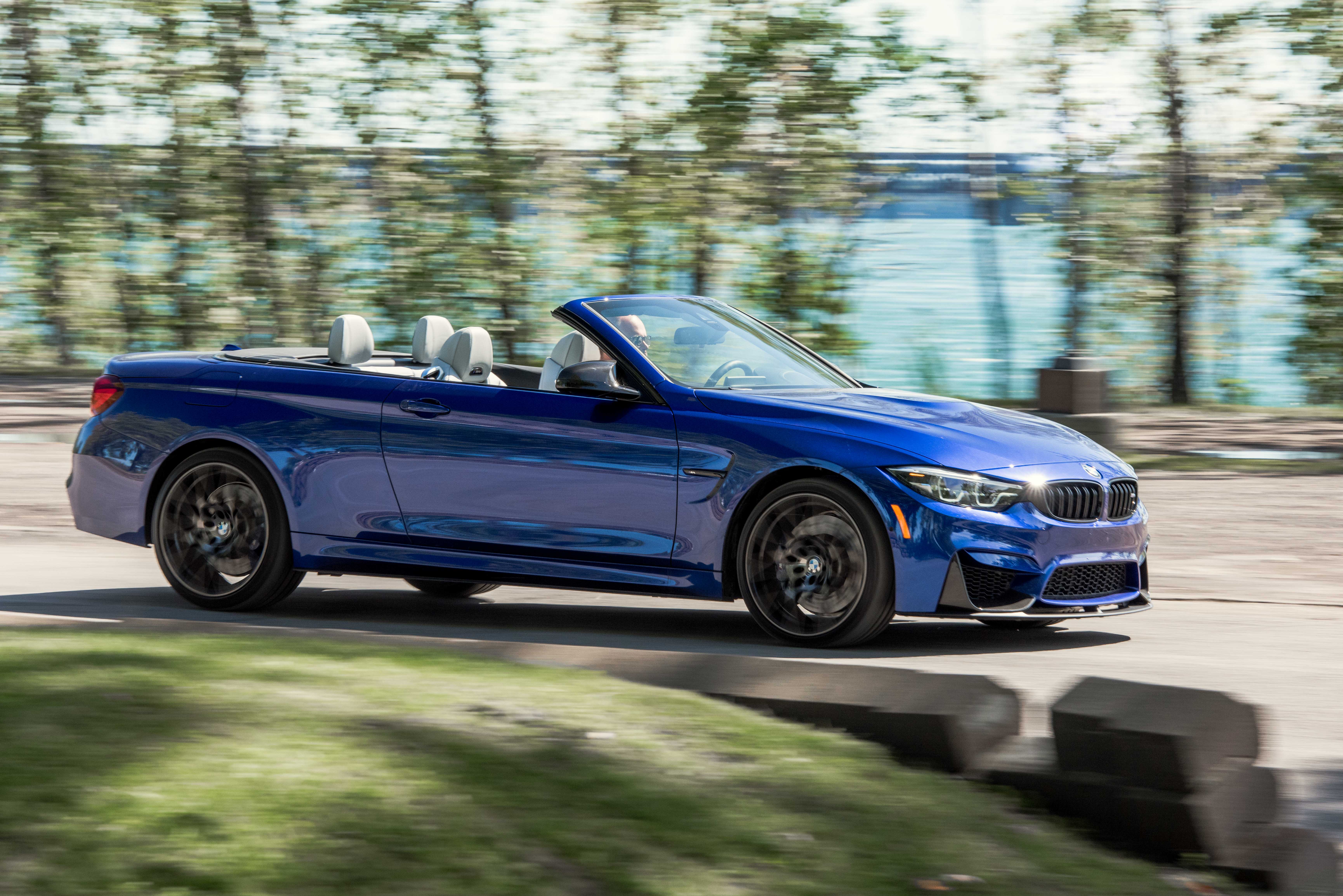 A car like the 2020 BMW M4 is a hard one to review because even before strapping yourself inside, you know you’re going to adore it. Ironically, though, when I first fired up this burbly convertible, I was somewhat disappointed. Not by the car from a mechanical standpoint, it’s fantastic. But rather by the fact that it’s starting to get old. Could this be because I had just gotten out of the 2020 Z4? 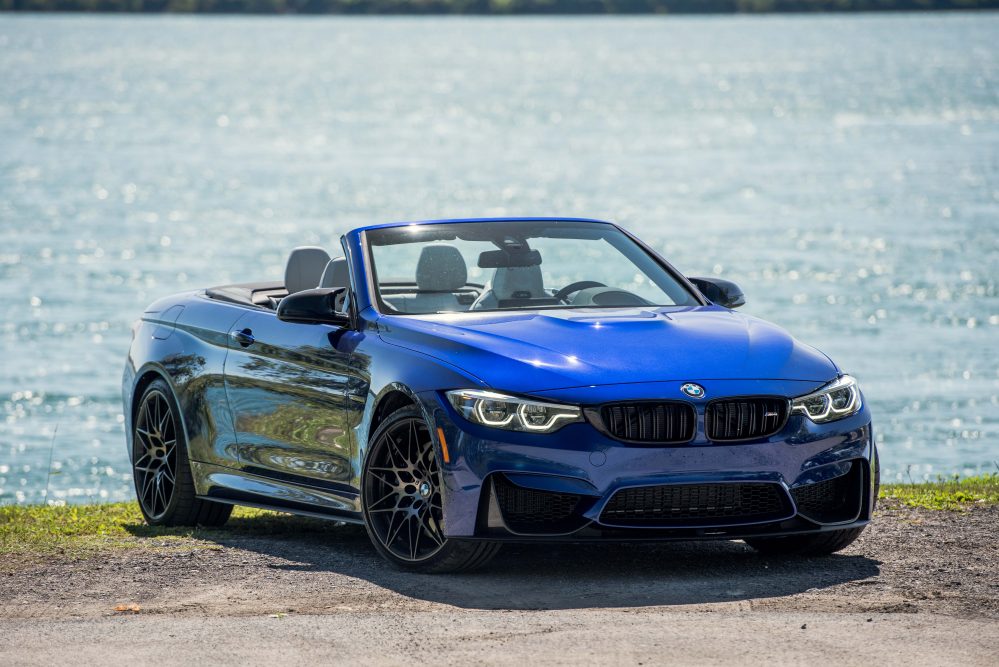 You gotta give it to BMW, it sure knows how to dress up its cars with fancy colors. Just like the 440i convertible I drove two years ago which was painted in the catchy Snapper Rocks paint job, this 2020 BMW M4 was dressed in an equally flamboyant San Marino Blue, a color which elegantly shifts towards a purple hue when sitting under a blazing sun. This car still looks fantastic,  and  properly  summer. 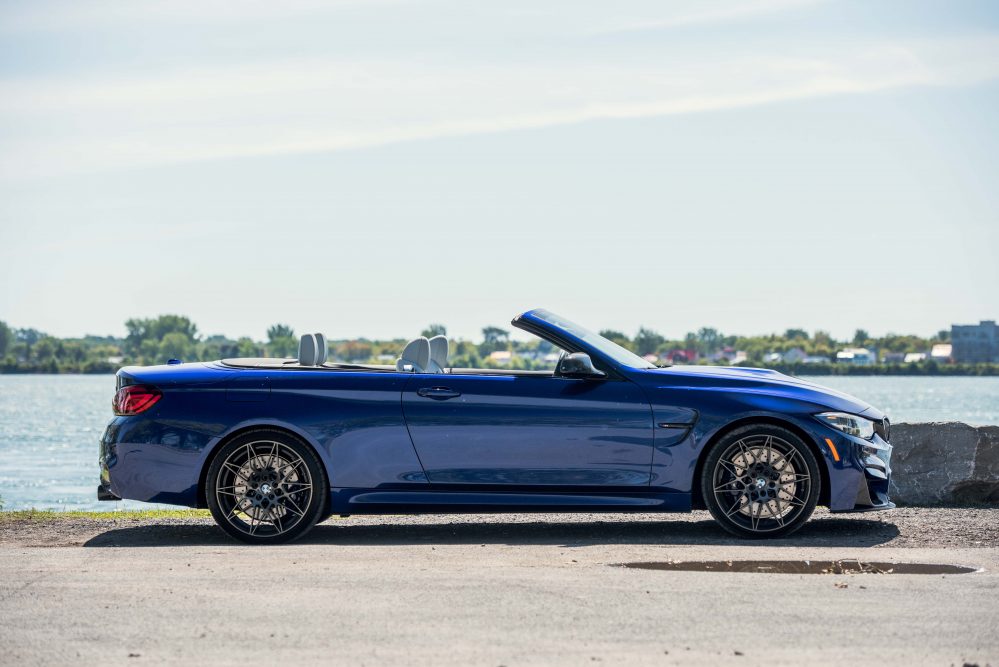 That said, the current BMW M4 needs an overall. After all, it’s been with us since 2014 relatively unchanged, and an all-new one will be introduced for the 2021 model year, presumable riding on BMW’s CLAR platform, which also underpins the current 3-Series. 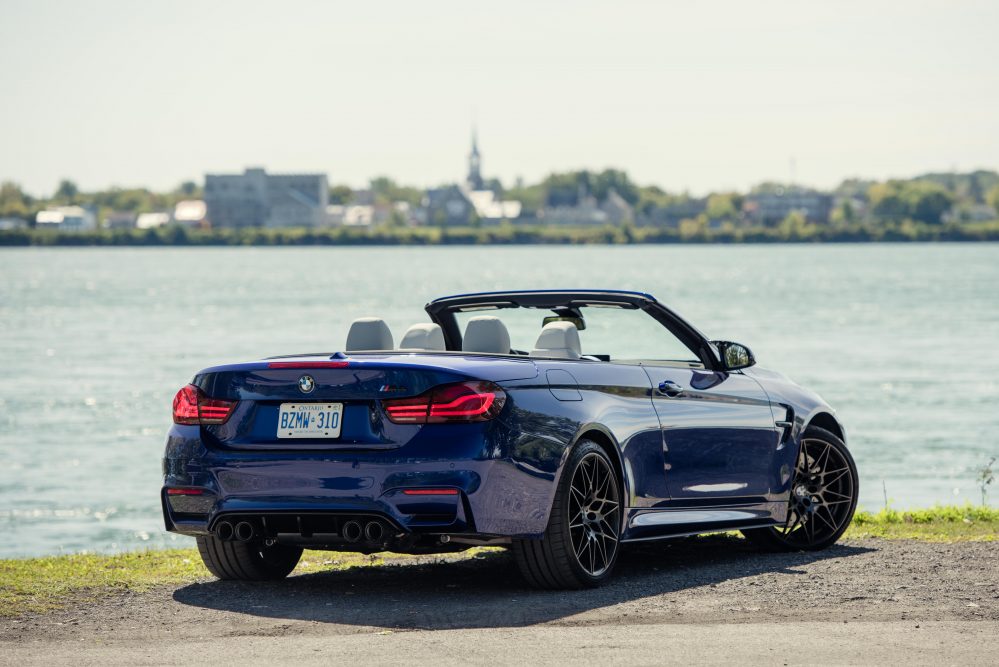 Meanwhile, the same standard recipe remains, a good one at that. The M4 continues to be powered by a 3.0-liter, twin-turbocharged straight six good for 425 horsepower and 406 lb-ft of torque. And yes, the standard gearbox is still a six-speed manual unit, even though my tester was fitted with the nine-speed dual-clutch automatic – a $3,900 option. 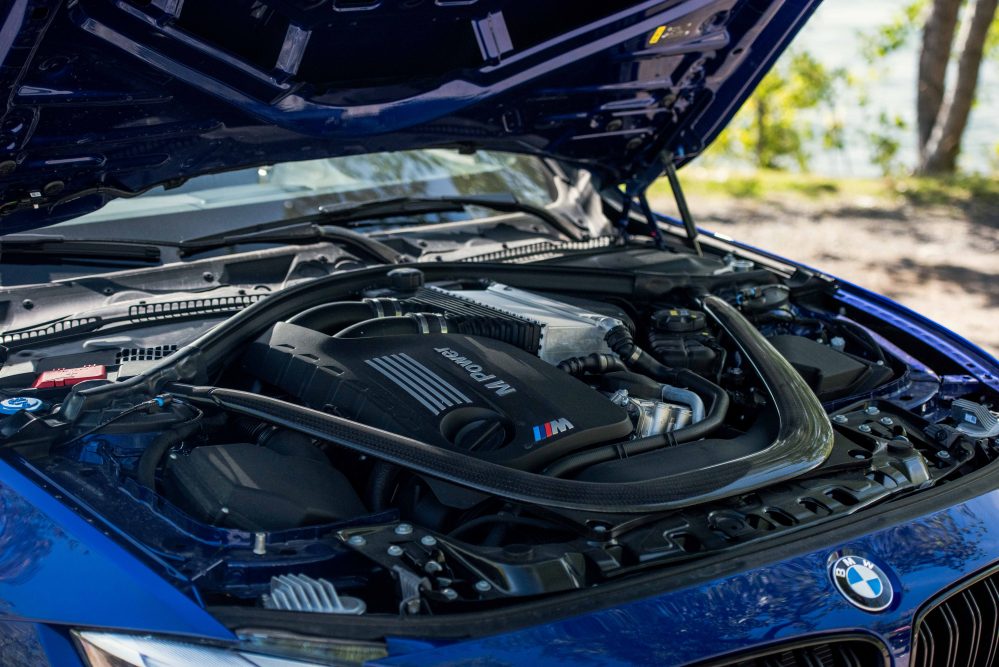 As a matter of fact, not only is the convertible the most expensive M4 in the catalog with an $89,000 entry price, my tester was loaded to the gills with fancy options, like the $26,000 Ultimate Package, comprised of an adaptive suspension, absolutely stunning 20-inch wheels, carbon fiber inserts inside and out and one of the gnarliest-sounding titanium exhaust systems I’ve ever heard from a production automobile. Total listing price for the car you see here was $118,900, which is starting to become a problem. 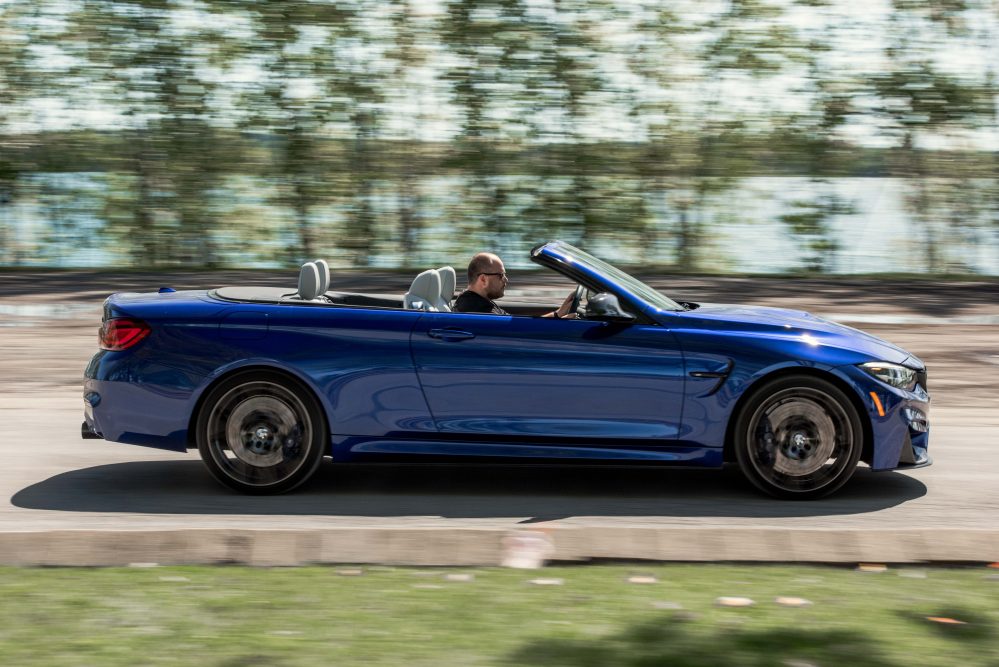 It’s a problem because in this price range, there are currently fresher, more athletic machines out there, like a – ahem – Porsche 911 convertible, or even a Mercedes-AMG C63 S cabriolet, which is faster. Also, the BMW Z4 M40i is so damn good and fast, you start wondering why get the M4 at all. Get this, while this Bimmer does the 0 t0 100 km/h sprint in 4.3 seconds, the less expensive, and less powerful Z4 does it in the exact same time. Yeah. 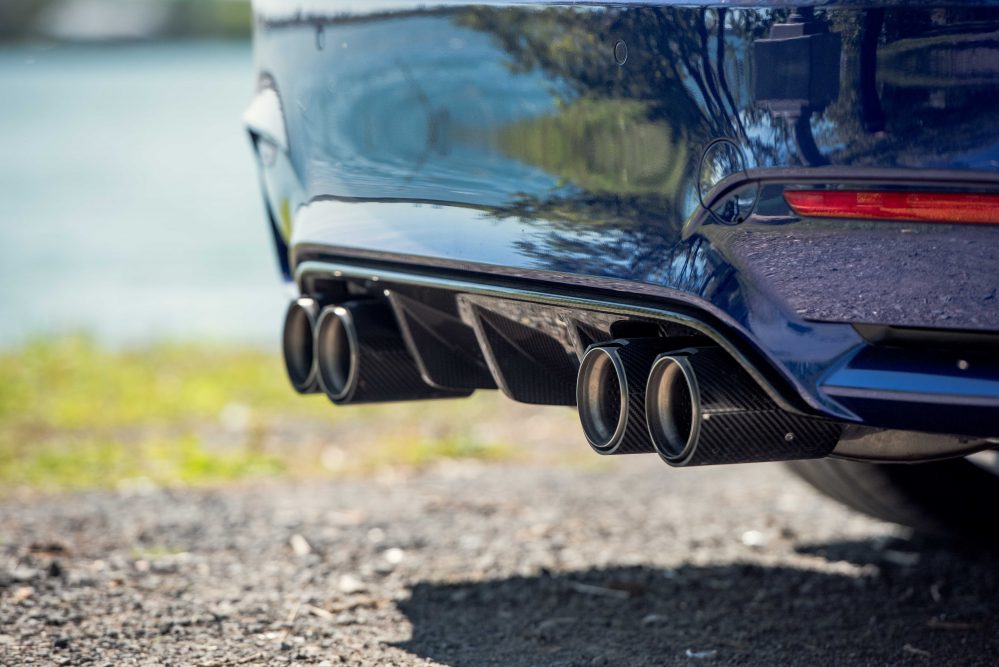 That said, there’s no denying how brutally quick this thing remains. While, yes, you do feel the heft from the complicated mechanical roof over the rear wheels, the M4 is still up there among the elites of German performance. Punch the accelerator in Sport+ mode, and that dual-clutch unit quickly hands over a cog and brings you right smack in the gist of the straight six’s powerband. This, by the way, is also an engine that will be phased out when the M4 morphs into its next generation. And it will be missed.

The new engine, the one BMW calls B56, makes due with only one turbocharger. 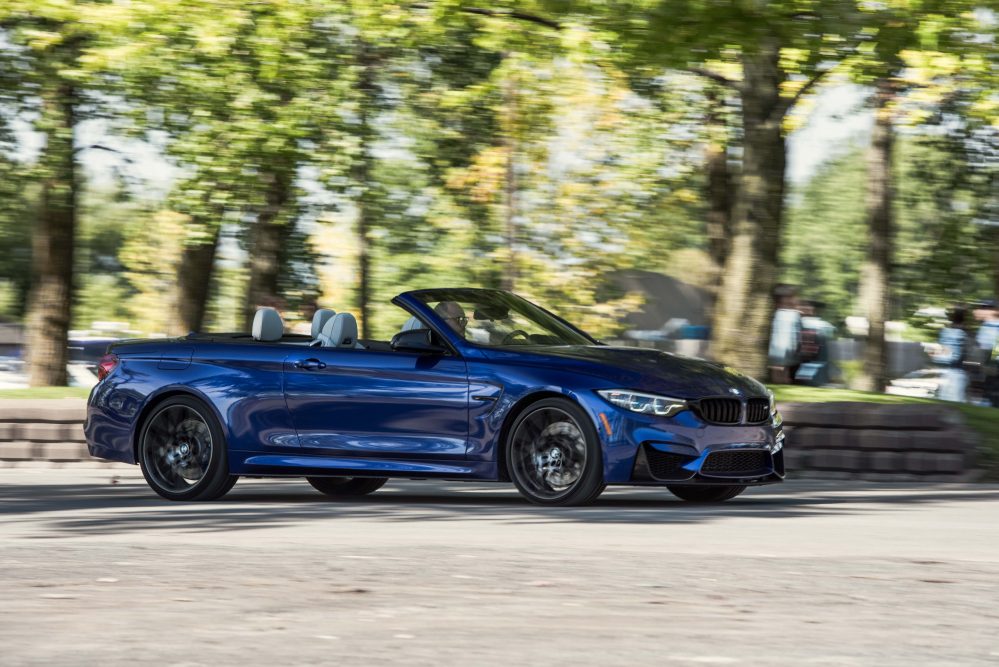 But it’s the smoothness and eagerness to rev that really make this powerplant a gem to ring out to its limits. Add to that the crackling and obnoxiously loud twin tailpipes that sing glorious Bavarian music behind your head, and it’s easy to get lost in the art of burning fossil fuel  in  an  M4  cab. 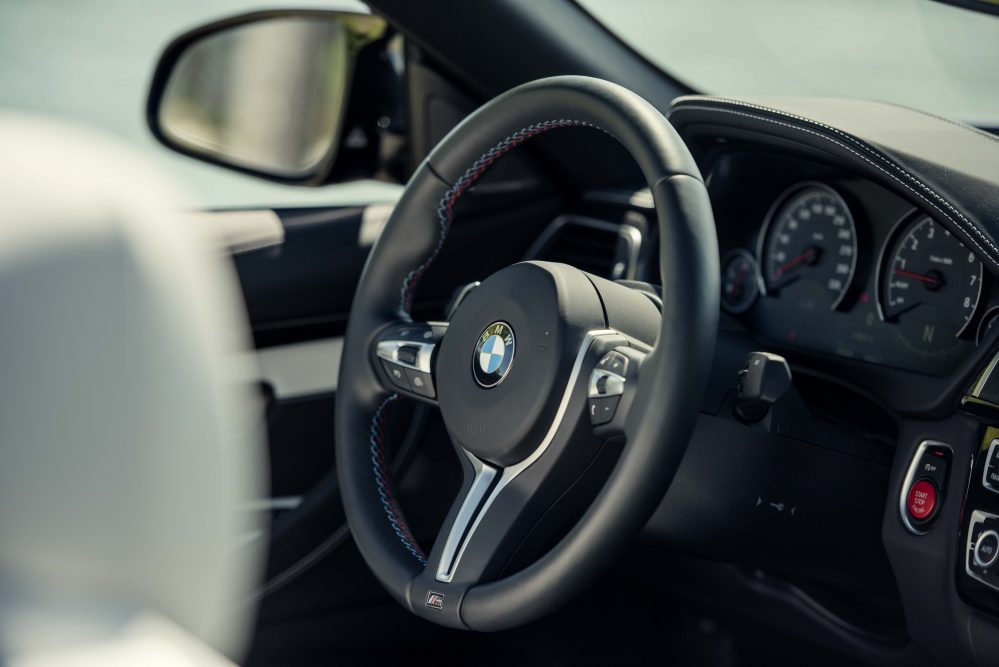 Where the M4 somewhat let me down, though, especially compared with the more recent stuff BMW sells on the CLAR platform, is overall steering feel. The F82 has had a reputation for that, and getting back into one after sampling the new generation cars feels like night and day. It’s the dead, wobbly on-center feel that never seems to go away, even when firming up the steering wheel to its sportiest setting. 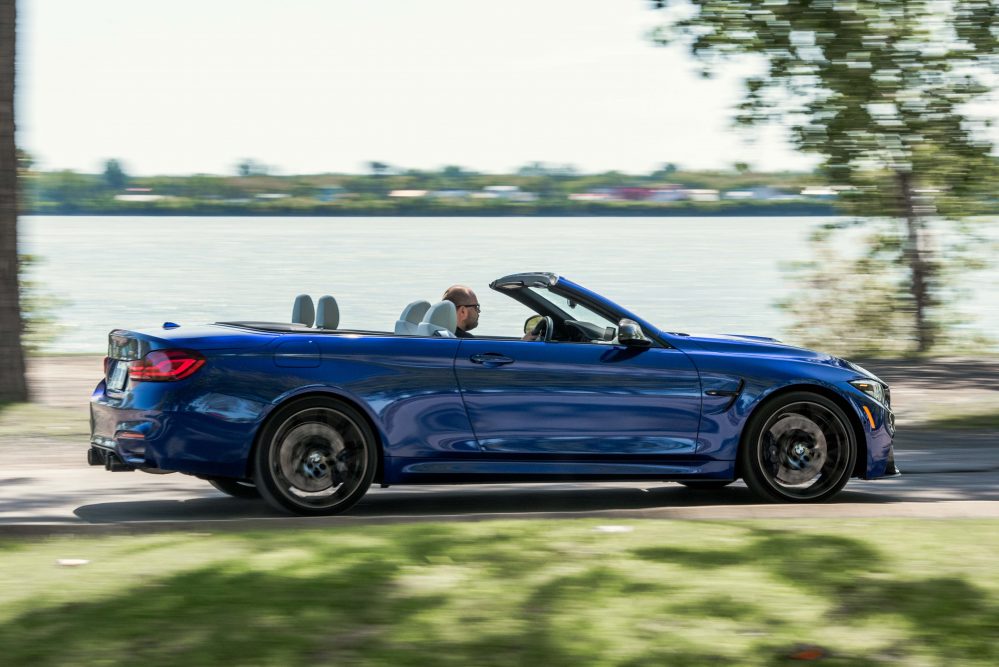 That, settings, is something the M4 has a lot of. On top of cycling between Efficient, Sport and Sport+ modes, the driver can individually calibrate the speed at which the automatic gearbox shifts, steering resistance, suspension damping and even the loudness of the exhaust system. 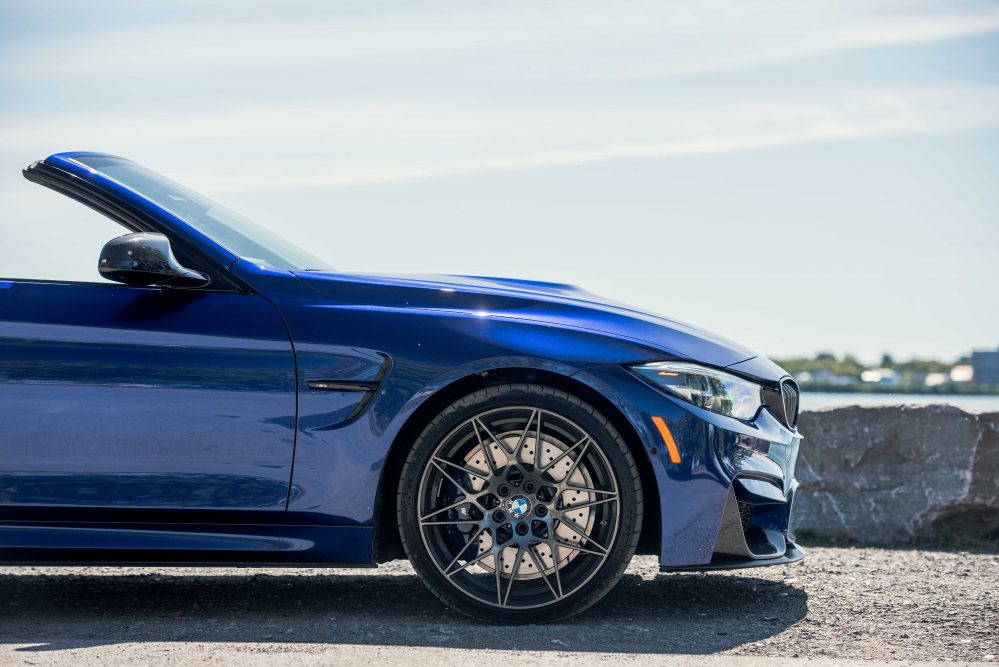 The modes, however, can get confusing as once you dare individually calibrate one of the car’s components, you’re instantly kicked out of the drive mode of your liking. Urgh. Then there’s the way the dual-clutch gearbox operates in the everyday world. It’s brilliant when pushing this thing down a winding road, but just like in the BMW M2 I drove exactly a year ago, it can get clunky at low speeds. Plus, what’s up with the super-complicated gear lever, BMW?

Inevitably, the fact that the M4 is getting old, also means its cabin is also becoming dated. BMW did however attempt to spice things up through revised cabin materials, premium leathers and carbon fiber trim. To its defense, it remains a classic, well put together interior and functional too with its analog gauges. Also, the seats. My god, the seats! 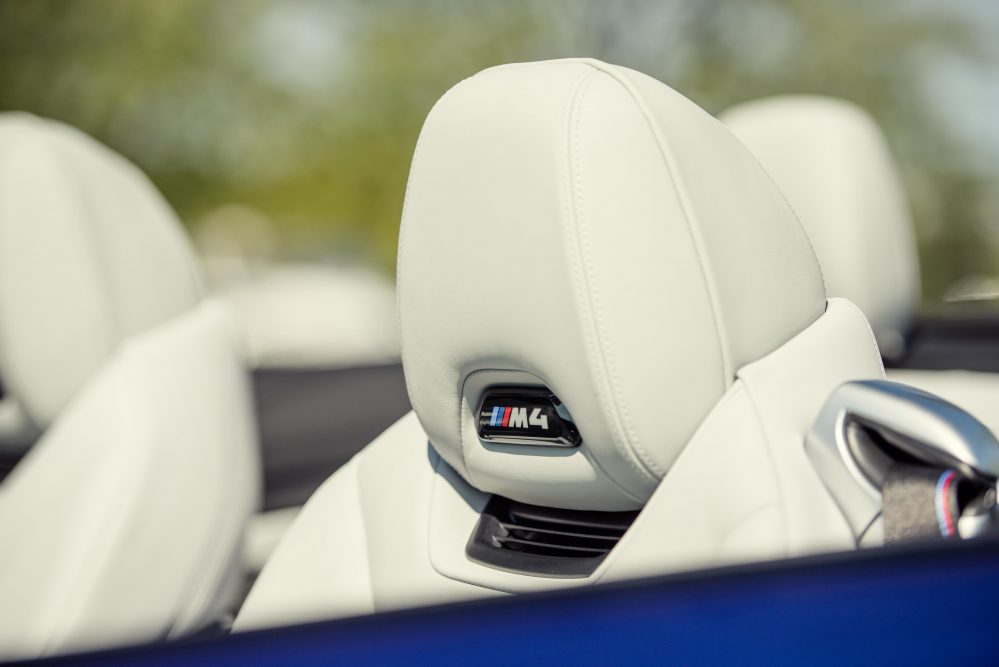 And it’s the same story for BMW’s iDrive interface, which remains up there among the best systems I’ve sampled. Attractive, quick, intuitive and filled with modern tech. It does, however, remain complex for people who aren’t software geeks. Some features, like the hand gesture controls, are downright useless. The system is also still not Android Auto compatible which continues to irritate me.  I’m  not  an  Apple  guy.  Never  will  be. 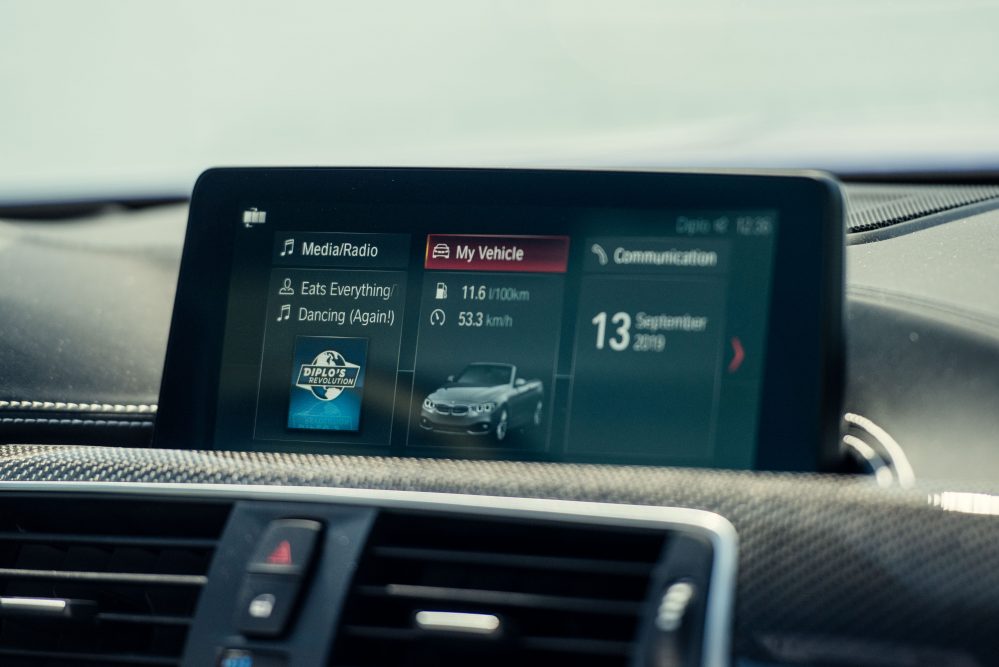 At this point, I guess your more obvious question is if the convertible is worth the price. I’ll say this: yes, driving an M4 with that rumbling exhaust behind your head is tremendously pleasant. But I simply can’t get around this thing’s price tag. To be fair, if you absolutely want to drive a quick BMW with wind in your hair, I’d recommend opting for the new Z4 instead. 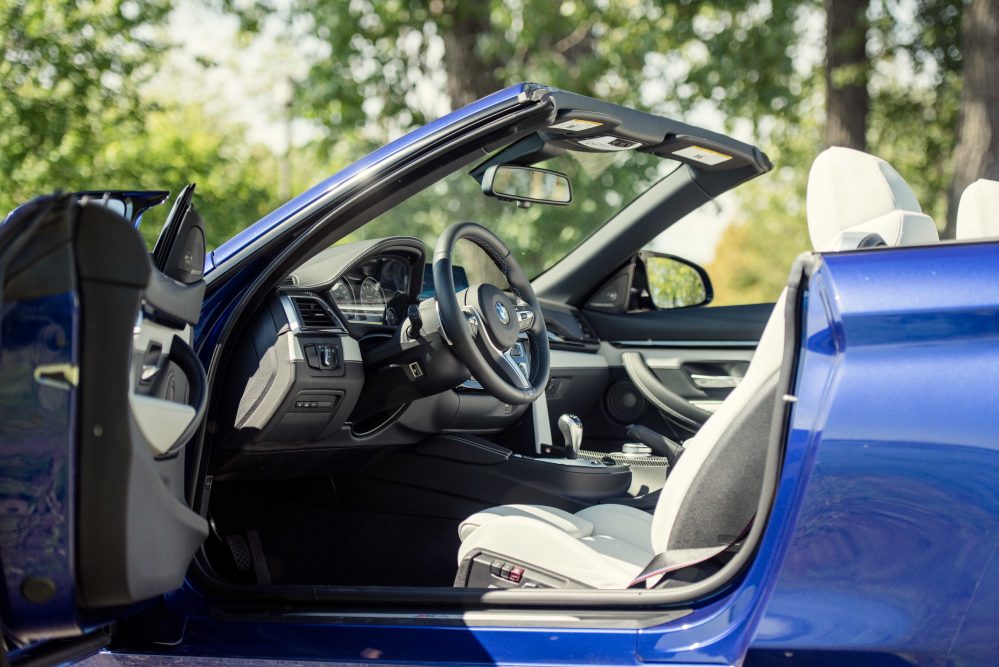 Unless you absolutely need two extra seats, this thing is way to expensive for what it offers. Not forgetting how long it takes for its excessively complex mechanical roof to lodge itself in the trunk…which, by the way, is non-existent in convertible mode. Meanwhile, the Z4 beats this in cargo space, ironically. 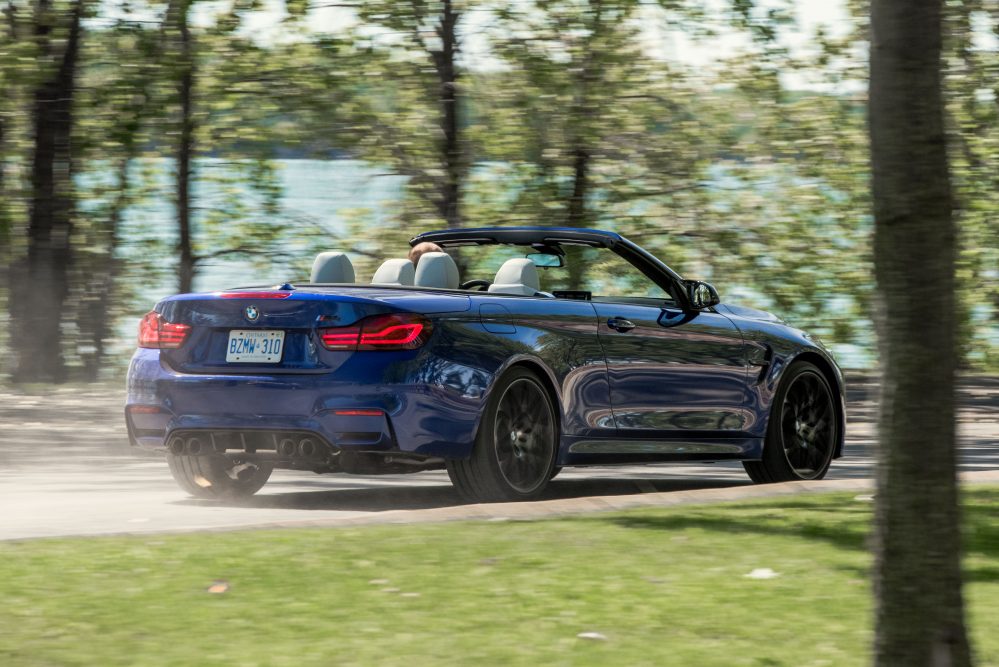 If you’re an old-school hooligan, like me, and still love the 2020 BMW M4 for its raw, spartan and absolute dynamic charm, I say get one, but with a stick and no options. Then, yes, it’ll totally be worth your hard-earned money.