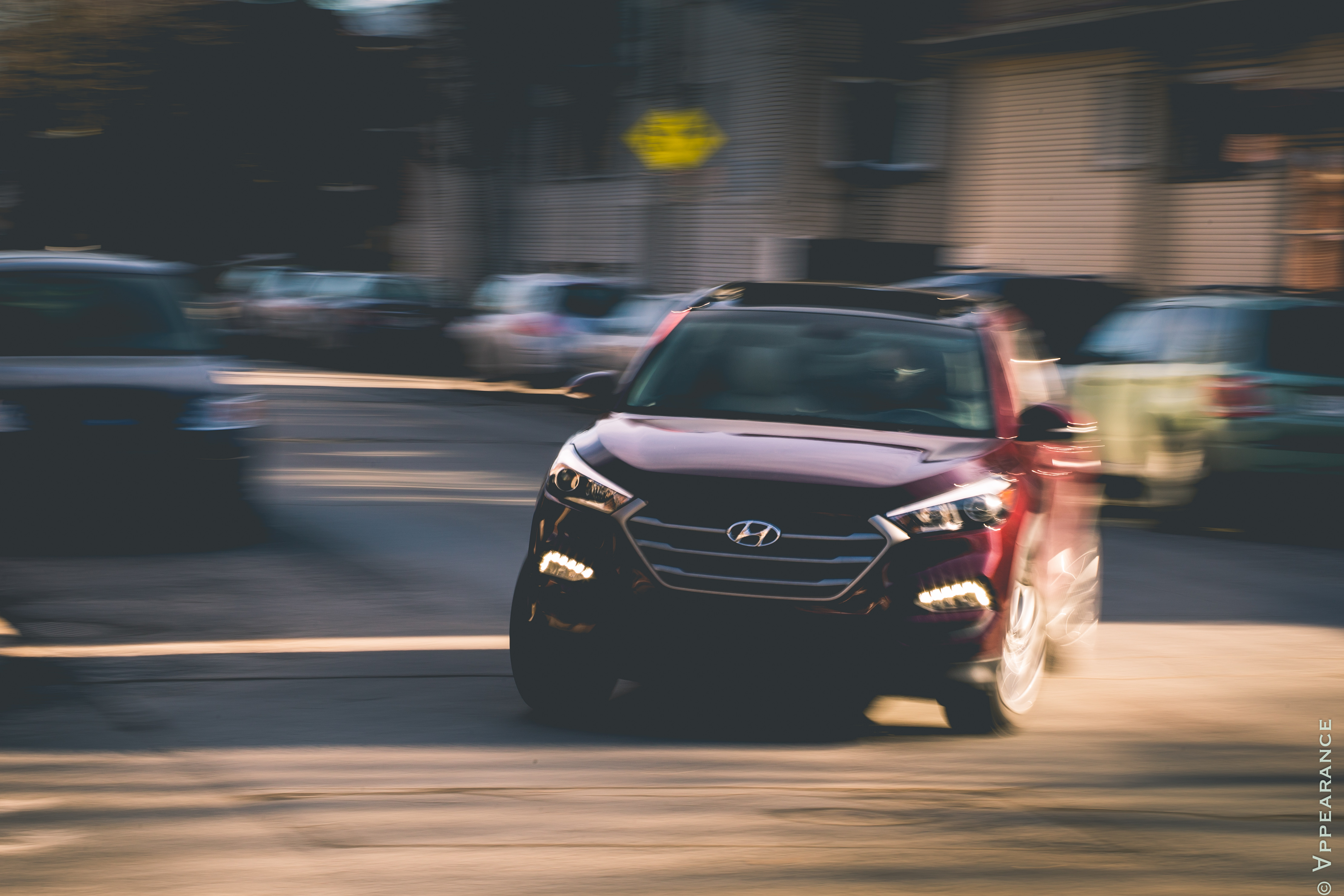 In the vast spectrum that is the automotive world, there are fundamentally two types of vehicles: those that beg to be driven, and those that carry us from point A to point B.

The Hyundai Tucson fits in the second category. Its intentions are neither to be sporty nor to stir your soul. It exists to carry you, your kids, and your gear from one place to another as safely, comfortably, and stylishly as possible.

That being said, in its intended function, the 2016 Hyundai Tucson not only gets the job done, it’s an absolute home run for the South Korean carmaker. 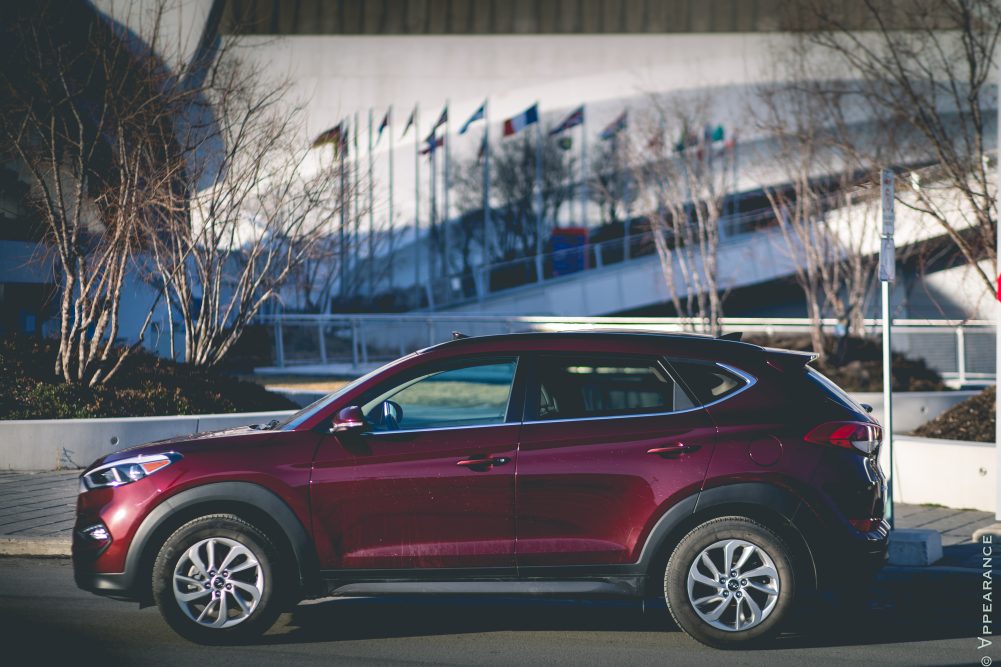 The first thing you notice when you sit behind the wheel of the new Tucson is how solid and compliant it feels on the road. For the longest time, I believed the Germans couldn’t be beaten in terms of how solid their cars are, but I have to admit, today’s Hyundais are rather impressive.

That’s in part because Hyundai is the only carmaker to manufacture its own steel, so it can build it according to its own specifications.

For the Tucson, and all upcoming Hyundai vehicles, the use of high-strength steel and an expanded application of structural adhesives at key areas have helped strengthen the chassis while improving its flexibility. According to Hyundai, the 2016 Tucson’s chassis is 48% stiffer than the model it replaces.

For the driver, it all translates to a rock-solid, smooth, and nimble ride, making for a compact crossover that can handle pretty much anything the road will throw at it. 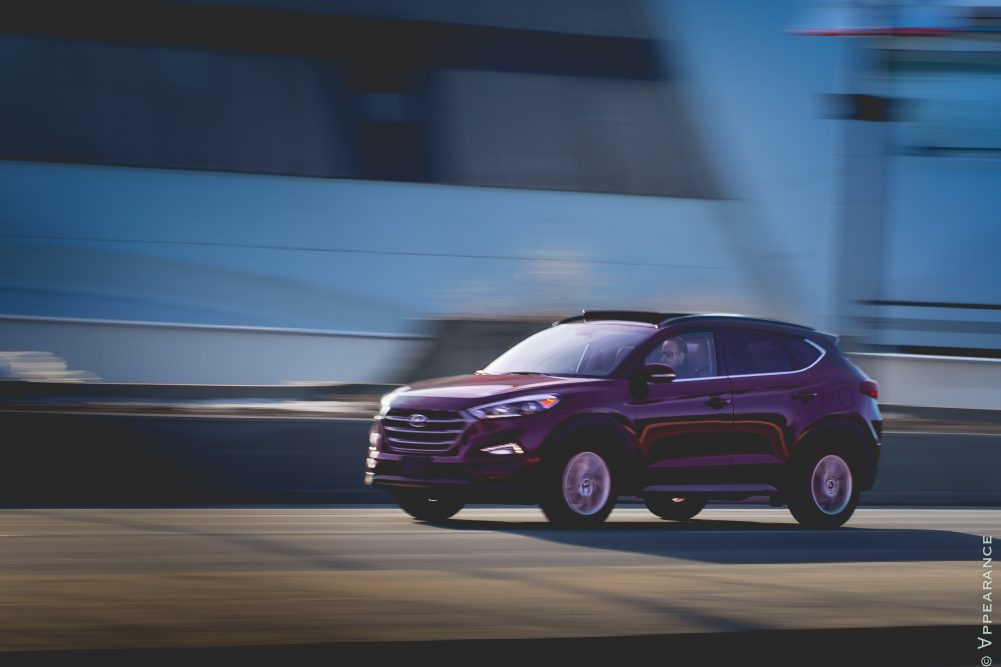 I had my Tucson press car during Montreal’s early Spring pothole season and, thanks to its re-engineered suspension, it absorbed road imperfections in a composed and serene manner, displaying no unwanted chassis quibbles that I experienced even in some of the American or Japanese competition’s most recent offerings. Road and wind noise are also kept low thanks to a greater use of insulation and noise dampening materials.

By no means is the Tucson intended to be a sporty vehicle; steering feel is somewhat numb, but its chassis and suspension are responsive enough to react quickly to your commands. Most importantly, Hyundai has completely eliminated the excessive body motions that once plagued its vehicles, making for a refined crossover that feels much more upscale than its price tag suggests.

Grown Up Without Being Overbloated 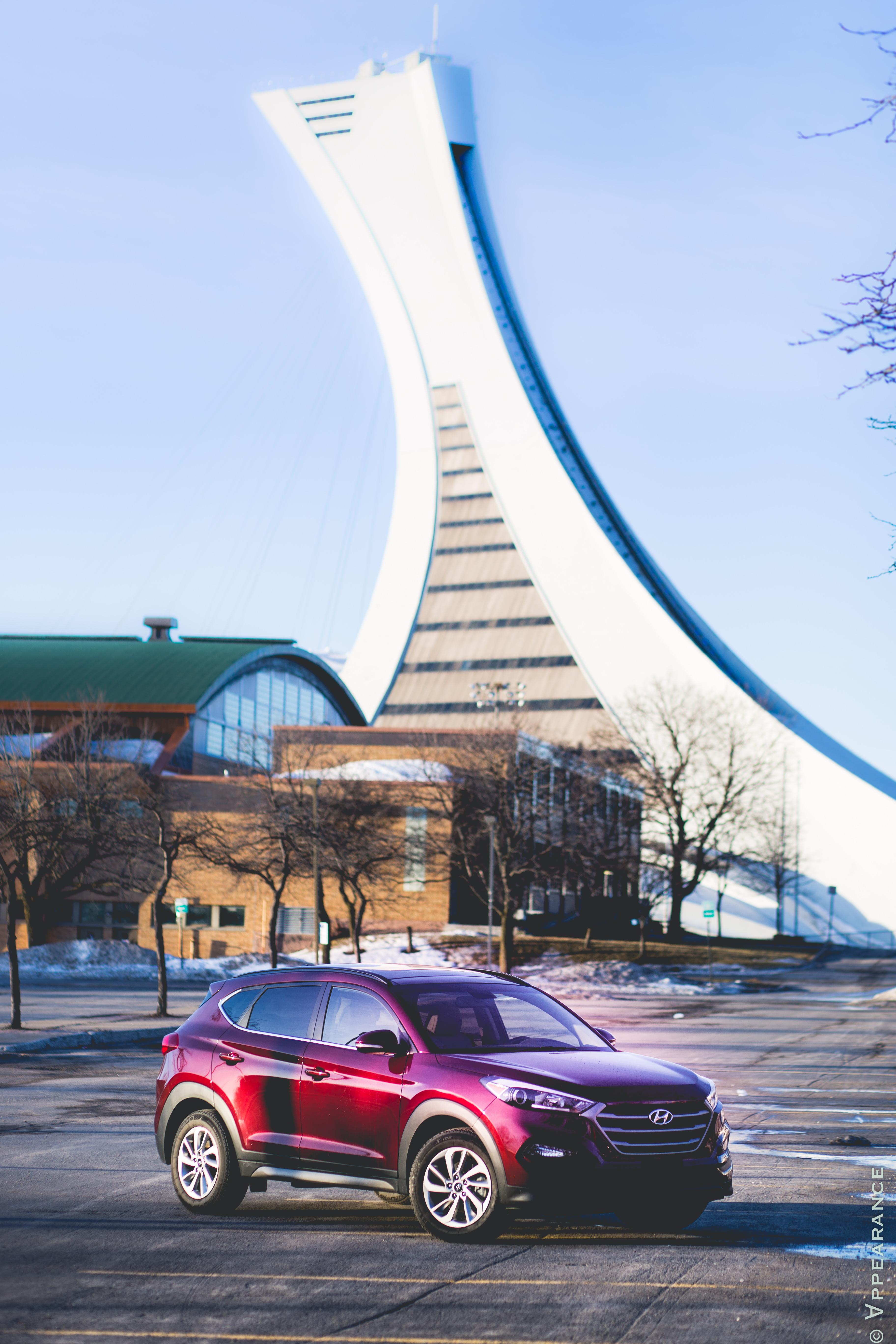 There’s no denying the fact that the Tucson faces serious competition. In case you haven’t been following, the compact crossover segment is the single most popular segment in the automotive industry at the moment, outselling hatchbacks, compacts, and mid-size sedans.

So, in order to tackle on the current crop of Honda CR-V, Nissan Rogue, Toyota RAV4, and Ford Escape, the Tucson had to grow a bit in size. With 877 liters of cargo space behind the rear seats, the 2016 Tucson beats the old class leader, the Nissan Rogue (644 liters). 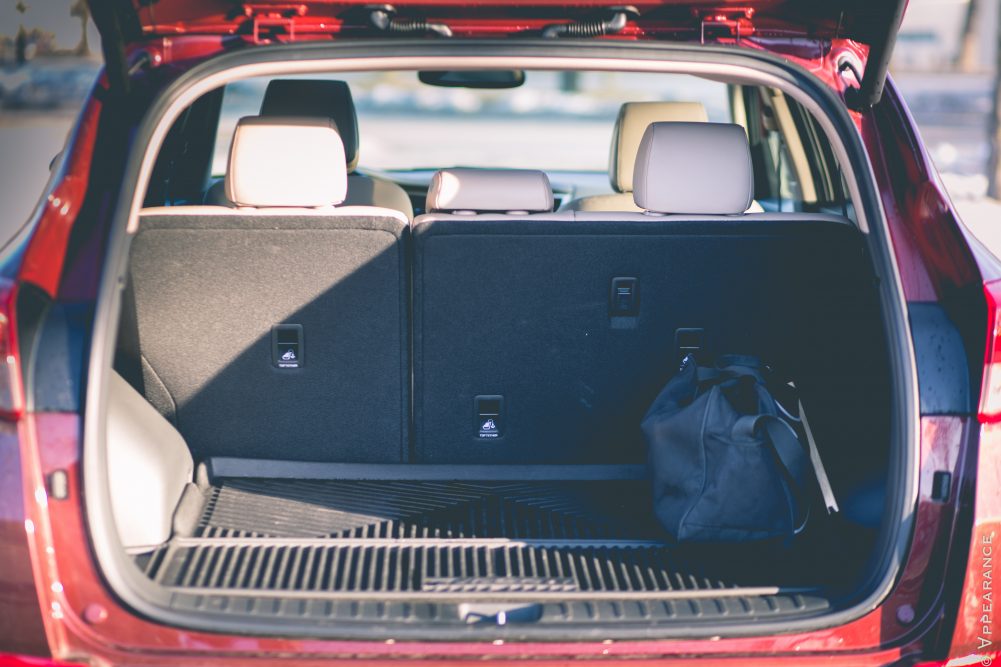 Rear legroom has also been largely improved thanks to a stretched wheelbase. And thanks to the designers’ clever idea of reducing front and rear overhangs, the Tucson’s exterior proportions are simply perfect, preventing it from having that overbloated look that is typical of some of its competitors. Instead, this is a tightly packaged little trucklet, one that probably has (except maybe the Ford Escape) the most attractive stance in the segment.

Exterior design is traditional Hyundai organic, with flowing lines, plenty of curved edges, and the now familiar corporate front grille. It’s a design that’s a tad too busy for my tastes, but there’s no denying that the Tucson looks like a quality product the moment you set your eyes on it.

The emphasis on quality is carried over inside, where you’re greeted to a fantastically well put together interior; not one that strikes you with an eye-catching design, but rather impresses you with the quality of its materials and the way they’re assembled. It’s comfortable and roomy in there, especially at the rear thanks to more than adequate head room, even for the tallest of passengers. 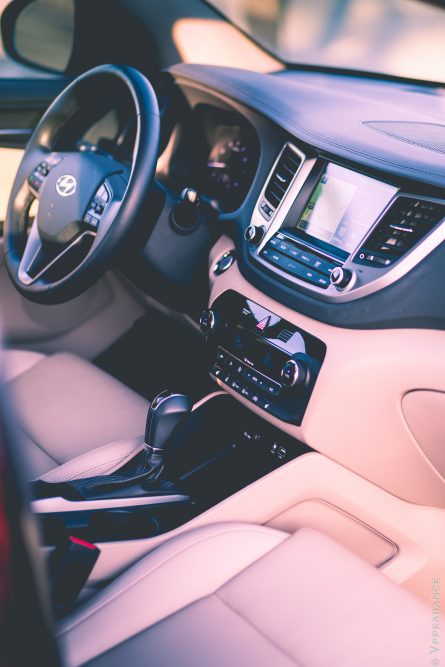 Ergonomics are also bang on, with easy-to-use, simple, and intuitive controls. The infotainment system is superb and fantastically easy to operate. There’s an overall refreshing feeling of common sense in the way everything operates, where each time I’d adjust the climate control or fiddle with the navigation system, I’d say to myself: “well played Hyundai”. 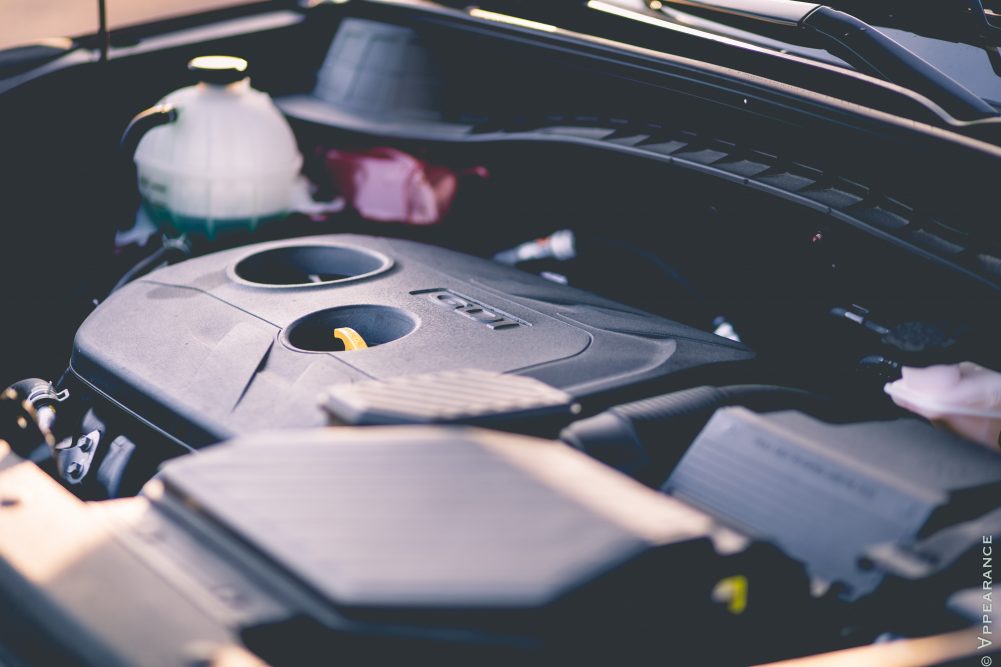 Front-wheel drive is standard on the 2.0L, with all-wheel drive being optional. The more powerful 1.6T is only available with AWD. 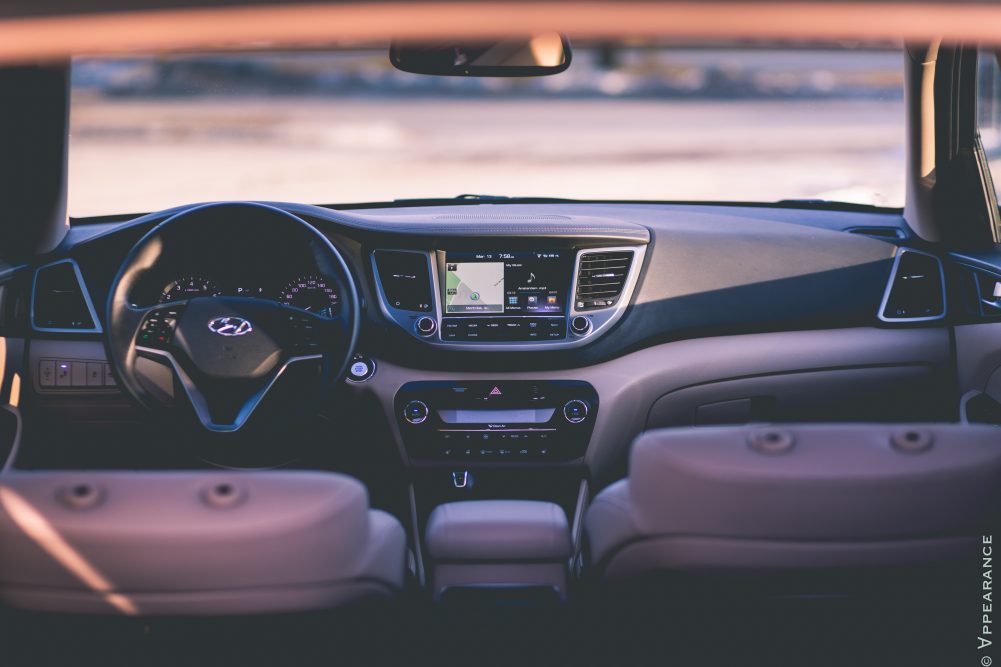 My tester was the 2.0L AWD Luxury model which is the highest available trim with the base engine. It also sits right smack in the middle of the lineup. Now, while I’ve heard that the 1.6T offers spirited acceleration and plenty of low-end torque, unfortunately the same can’t be said about the 2.0L, which, when commanded to so, never really accelerates but emits an unrefined and rather worrying buzzing sound from the engine compartment with no real feeling of speed behind the wheel.

Although I’m sure the 2.0L is a reliable unit and returns more than adequate fuel economy (9.8 liter/100 km average during my test drive), if it were up to me, I’d ditch that engine and leave the 1.6T as the sole powertrain offered for the entire lineup. 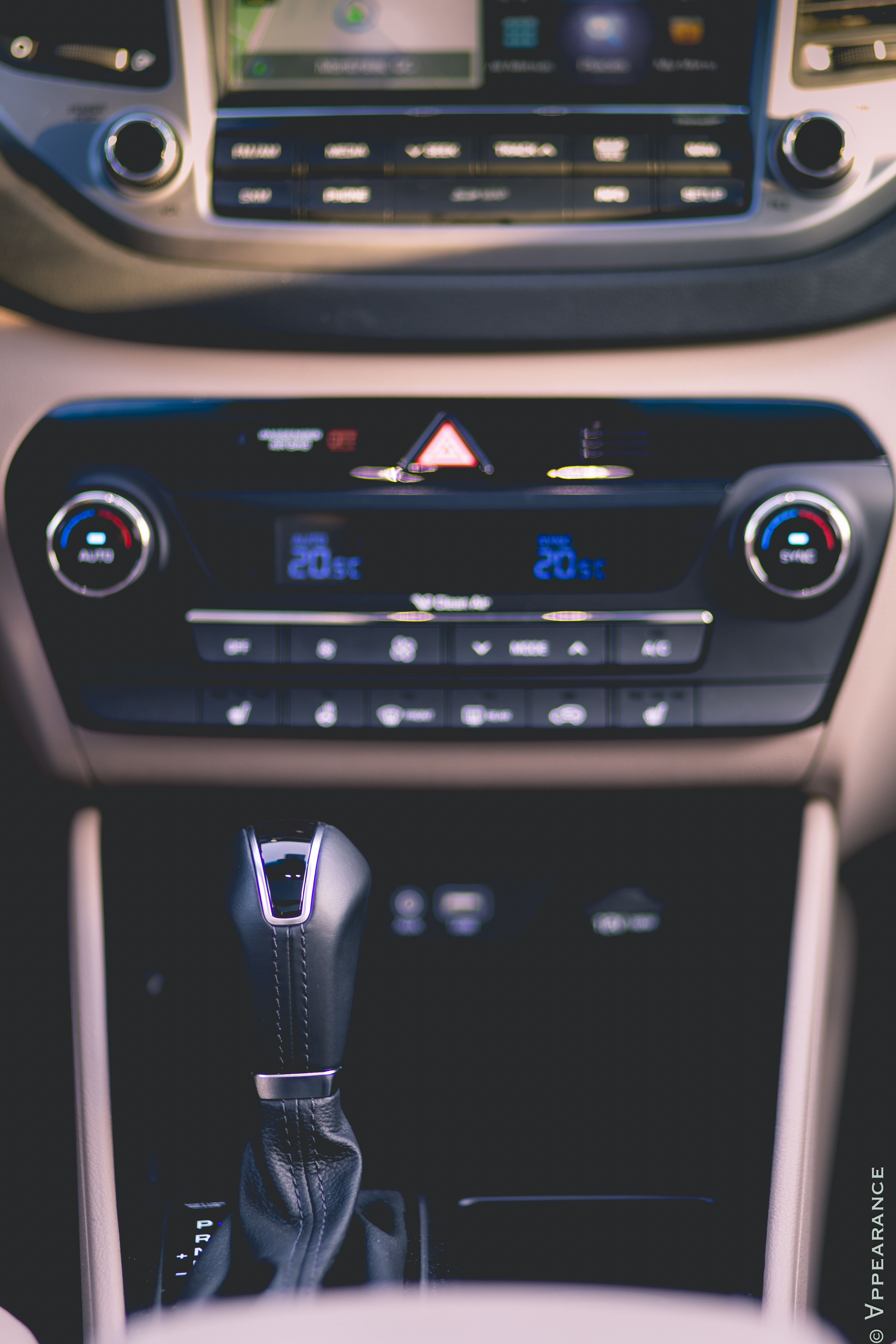 Luckily, the 6-speed automatic works flawlessly and proves that a transmission isn’t defined by the number of gears it has, but by the way it operates. Two drive modes are available: Sport and Eco, which actually alter the box’s shifting characteristics for each intended function. My week with the Tucson was mostly done in Sport mode, allowing for quick and smooth gear changes that greatly improved the engine’s anemic behaviour. 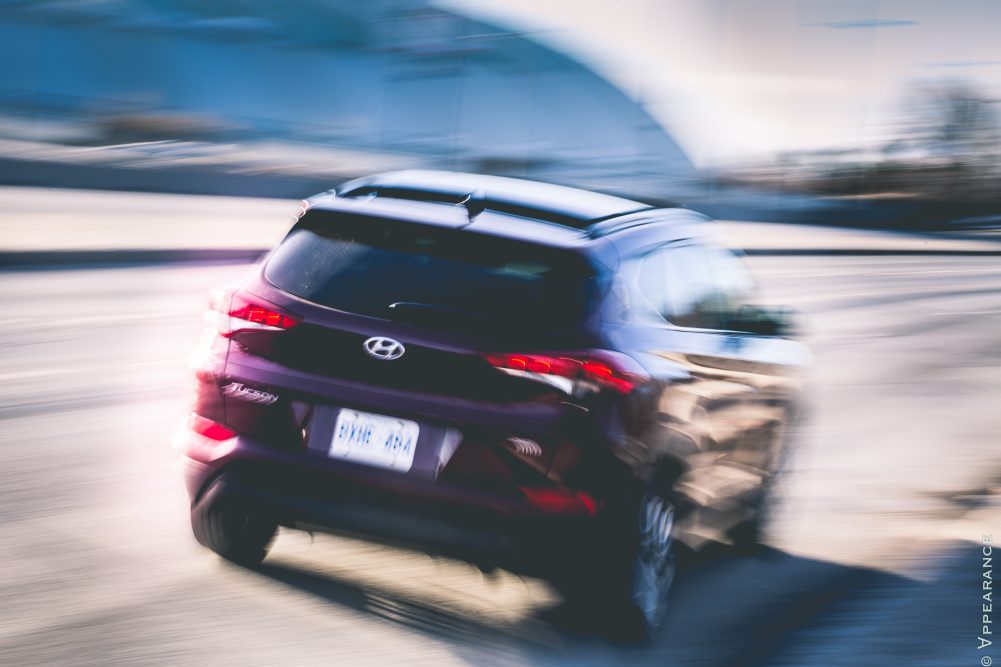 In all honesty, except for the lack of power and an annoyingly loud panoramic roof at high speeds, it was rather difficult to find flaws for the 2016 Hyundai Tucson. This thing offers a solid ride and a sense of quality that is hard to ignore. 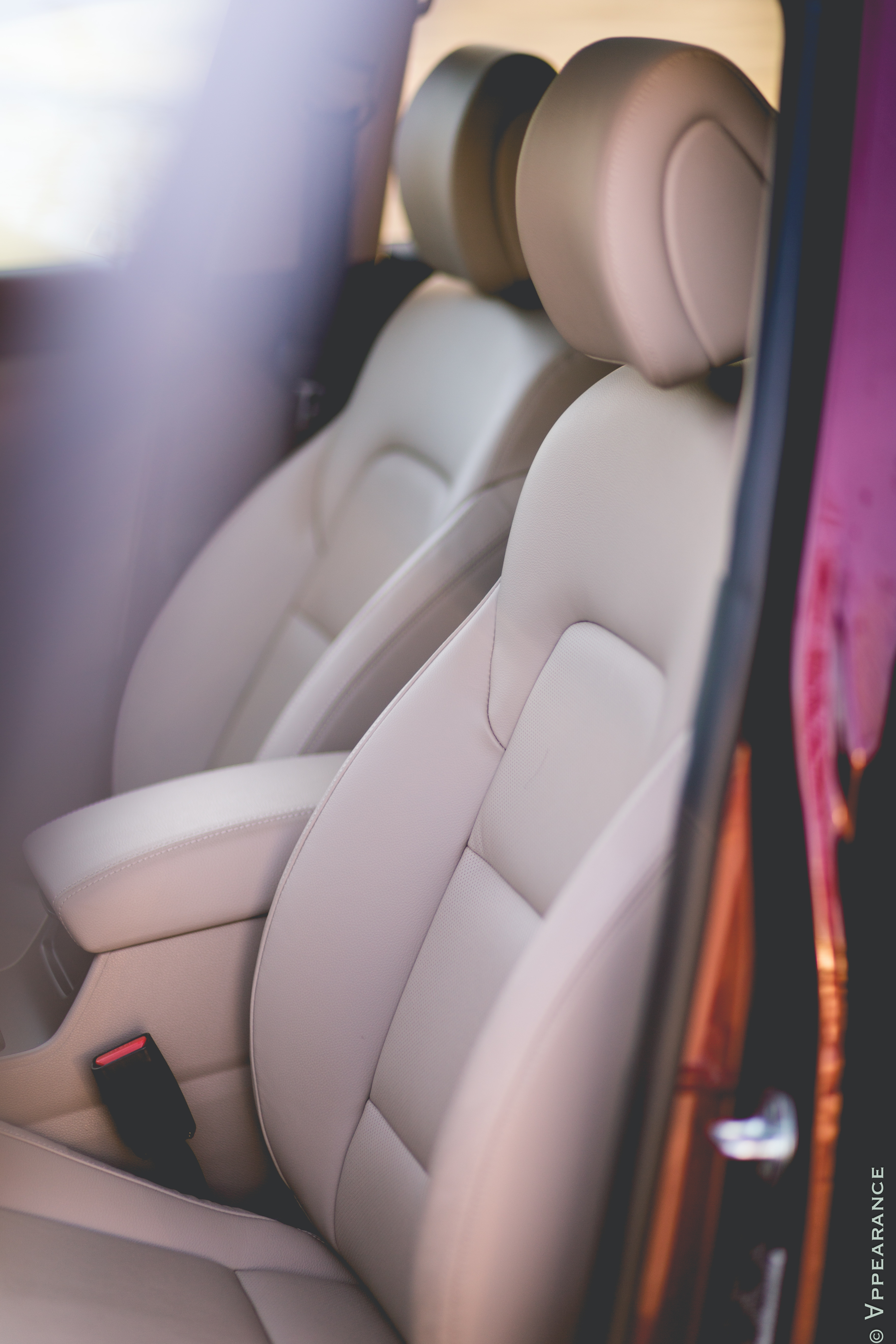 Prices range from $24 399 for a base 2.0L FWD and top out at $39 599 for a 1.6T AWD Ultimate. The 2.0L AWD Luxury, such as my tester, sells for $33 099 and comes literally fully loaded with high-end features such as leather and heated seats, a heated steering wheel, blind spot detection, cross-traffic monitoring, lane change assist, a backup camera, downhill brake control, that very large panoramic sunroof, rear-heated seats with a reclining function, navigation, Bluetooth connectivity, and Sachs high-performance amplitude selective dampers. 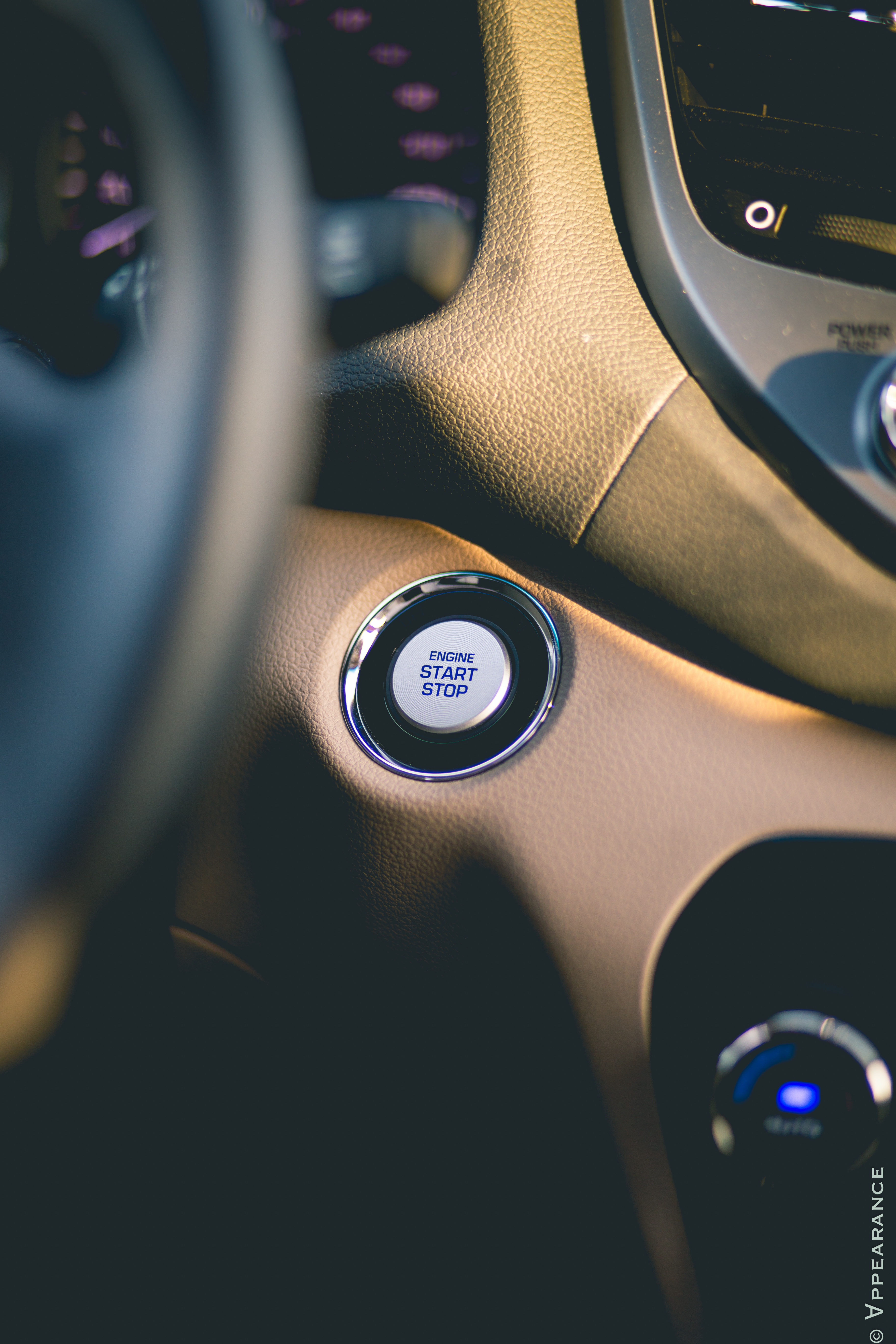 All in all, the 2016 Hyundai Tucson is a high quality vehicle that offers a lot of value and redefines what we’ve come to expect from a compact crossover. Make no mistake, Hyundai no longer builds flimsy cars, this is a genuinely well executed people mover. Now, if Hyundai could find a way to inject a bit of power and soul in the Tucson, they’d be selling a perfect vehicle.

Review of the 2016 Hyundai Tucson 2.0L by William Clavey

+
+ Solid construction and compliant suspension.
+ Comfortable and well-appointed interior.
+ Great value; offers a lot of equipment for the price.