2021 Mazda MX-5 Will Forever Bring Happiness To My Heart 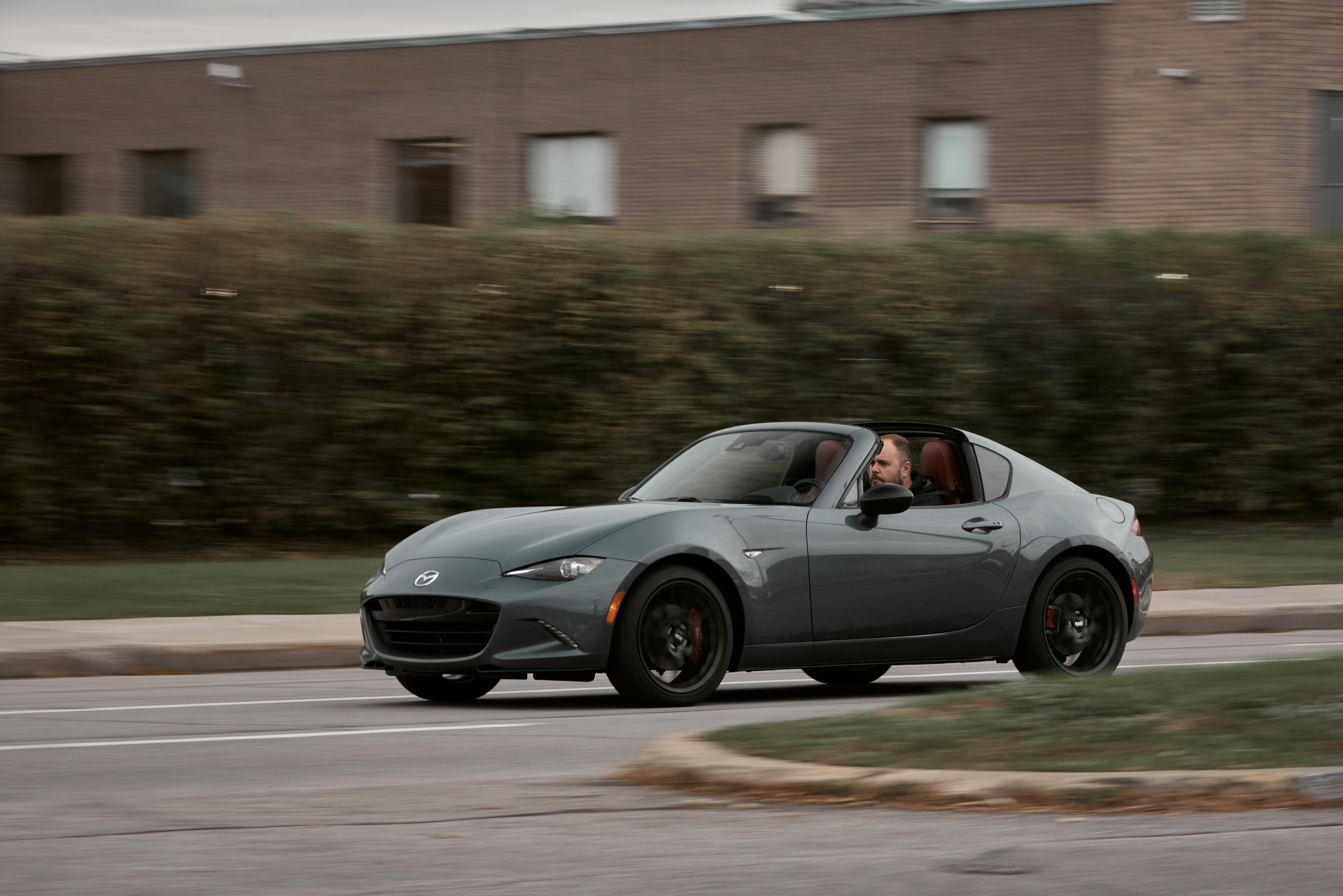 Very much like the Dodge Charger Hellcat I reviewed last week, there isn’t much you already don’t know about the 2021 Mazda MX-5. It’s essentially the same car I drove two years ago. Wait, was that three years ago? Anyway, an MX-5 (or a Miata) is a car we all love seeing, driving and reading about, because it’s arguably the best interpretation of what a sports car should be. Look, I’ll be blunt: I didn’t take this thing out for a drive to inform you of anything new. I drove it because I’m selfish and I wanted to drive something fun. 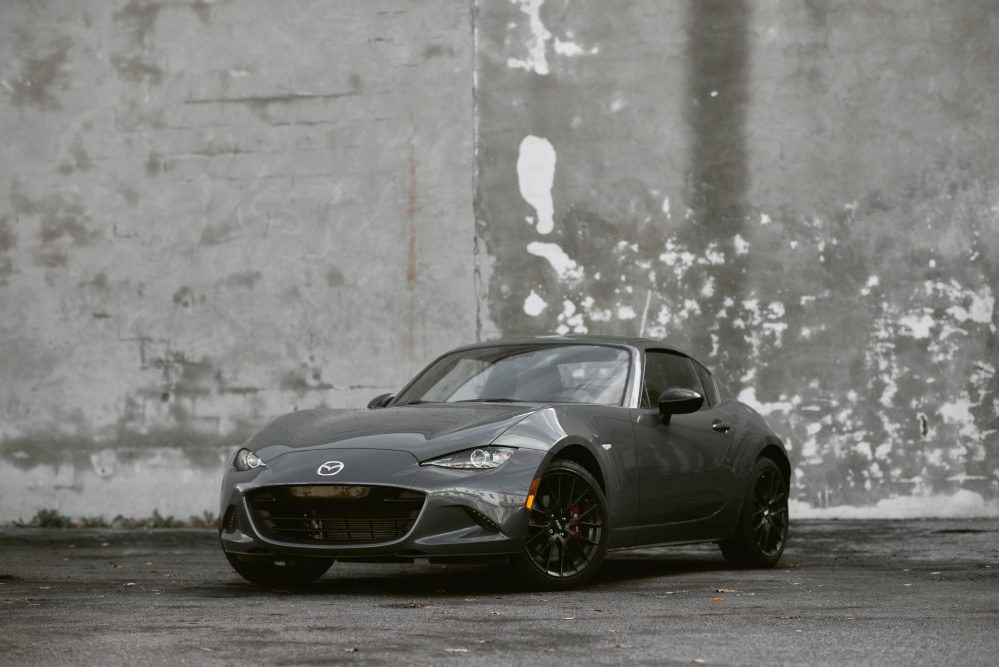 I can already hear many of you screaming in front of your screens; something along the lines of the 2021 Mazda MX-5 not being a real sports car due to its tiny little four-cylinder. Many of you probably still consider this automobile to be a hairdresser’s car, or a vehicle typically associated with homosexuals or women (not that there’s anything wrong with that). These stereotypes are sadly still attached to the poor little Miata even if it’s been on this Earth for over 30 years. 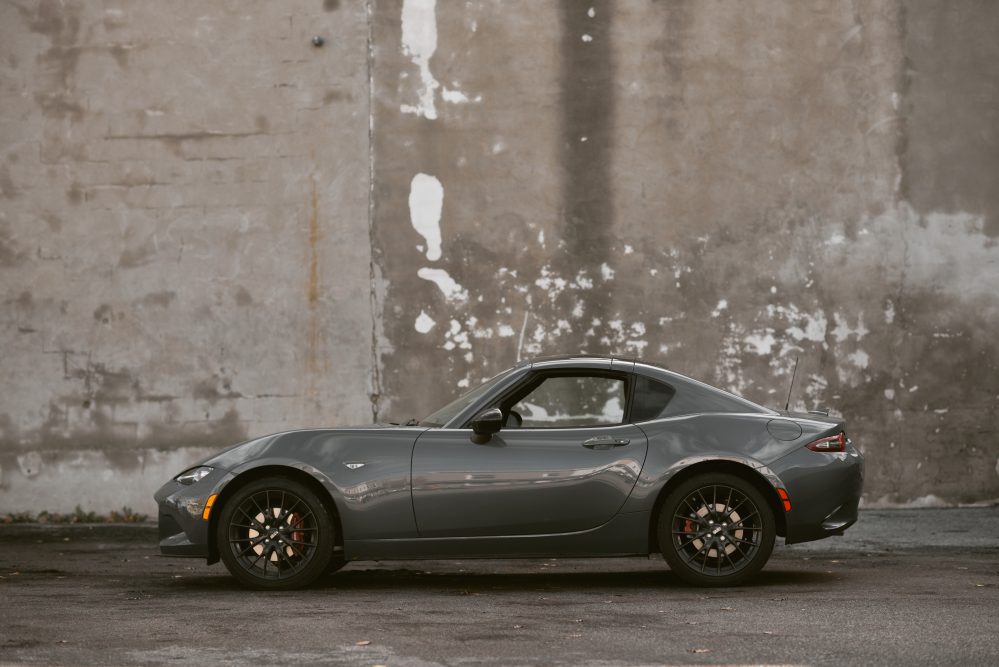 The truth is, most of these stereotypes originate from people who have never even driven an MX-5. Because once you do drive one, you immediately understand the hype. More importantly, in a world where everything has become large and digitalized, the MX-5’s significance in the automotive industry is ever more justified. Very much like the Subaru BRZ I drove last summer, the MX-5’s appeal isn’t about the numbers it puts down. It’s about how it makes you feel behind the wheel. 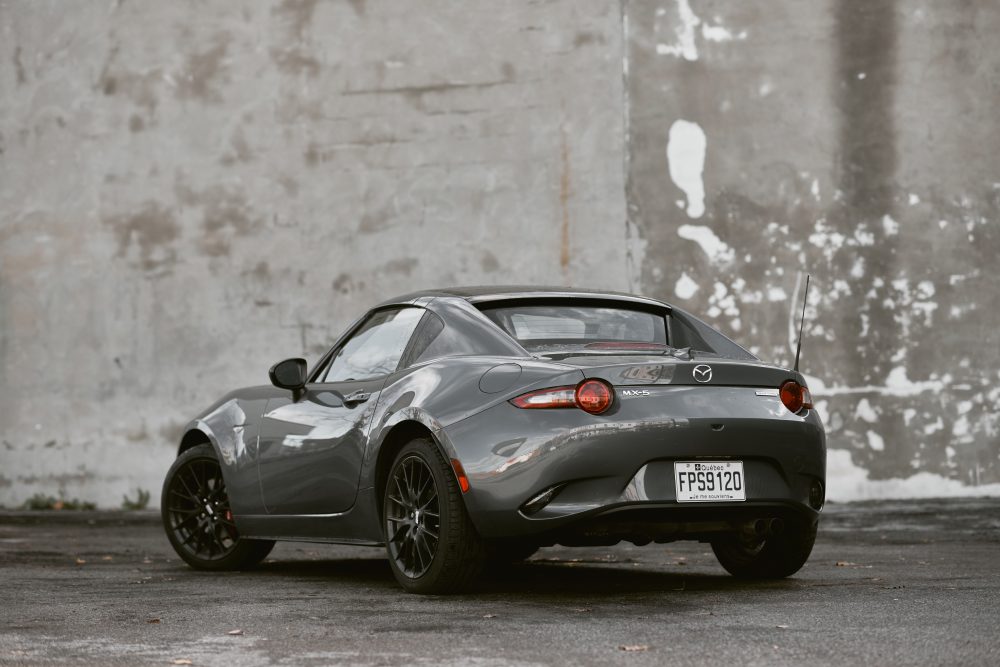 Things remain unchanged for the 2021 model year, except for standard Android Auto and Apple CarPlay, as well as a new limited 100th anniversary edition, which is exclusive to 2021. The MX-5 still offers the freedom of choosing between a standard soft top – which can rapidly be removed using your hands – or this RF (Retractable Fastback) hard top model, which, in my opinion, is the coolest one due to how it gives it a nice coupe-like look. Yes, that roof adds about 112 pounds to the car, but the 0-100 km/h time is only sacrificed by 0.1 second, for a claimed 5.8 seconds total. 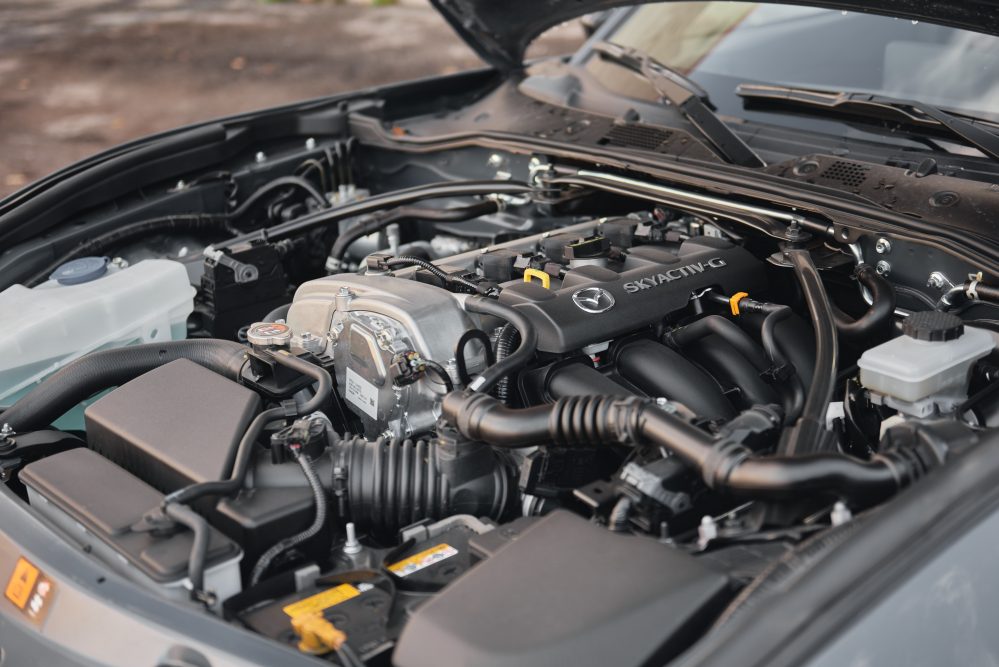 Power comes from the same naturally aspirated 2.0-liter inline four, an engine which was heavily revised in 2019 for more power and torque. It still sits comfortably at 181 horsepower and 151 lb-ft. Sure, you can decide to pair this engine to a six-speed automatic transmission, but I highly recommend the six-speed manual for ultimate diving pleasure. Rear-wheel drive is still the only way to put the power down, which is exactly how we want it. 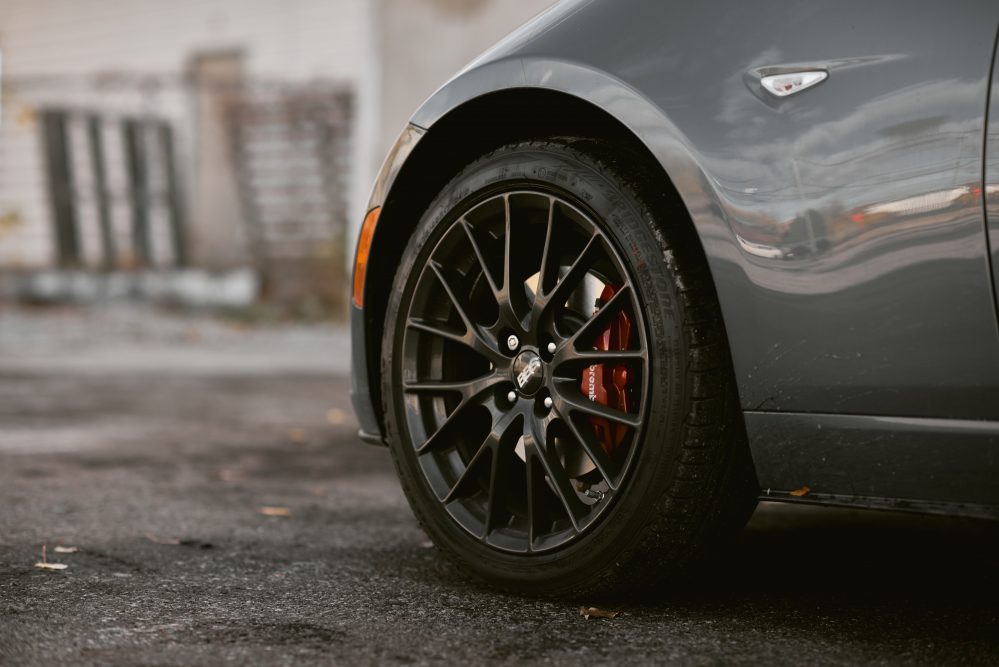 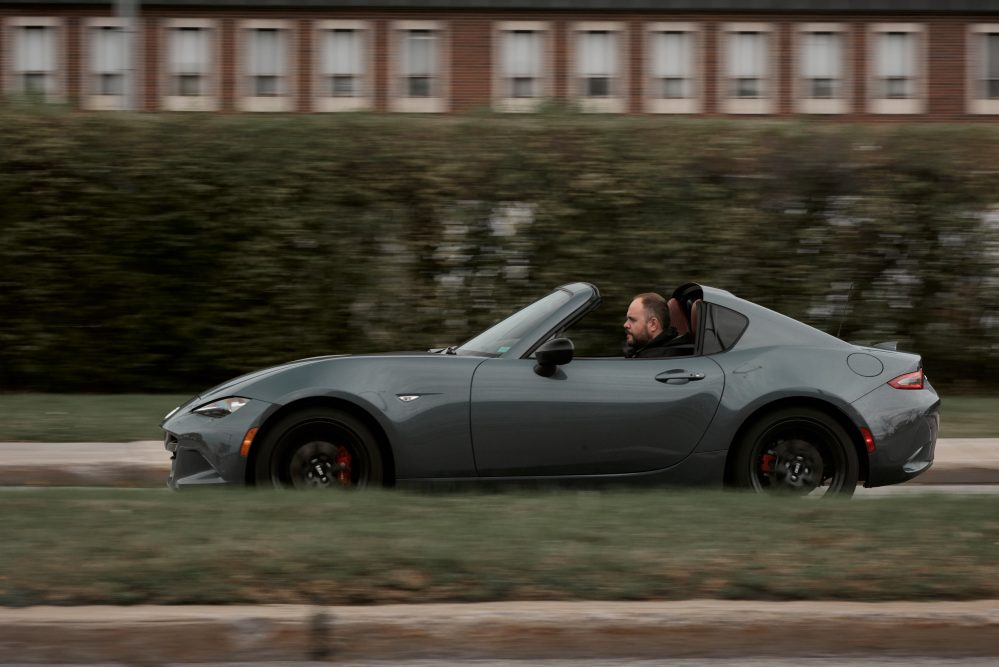 I was driving this MX-5 during the same week I had the Lexus LC500. While I totally adored the Lexus for its comfort and performance, the little Miata was the car I really wanted to spend more time in. There’s just something so indescribably satisfying about driving a precise, lightweight sports car to its limits. It makes you feel like a hero, but not only once, like when you pull a launch control maneuver in a Lamborghini Huracan, for instance, but every single second you’re driving it. 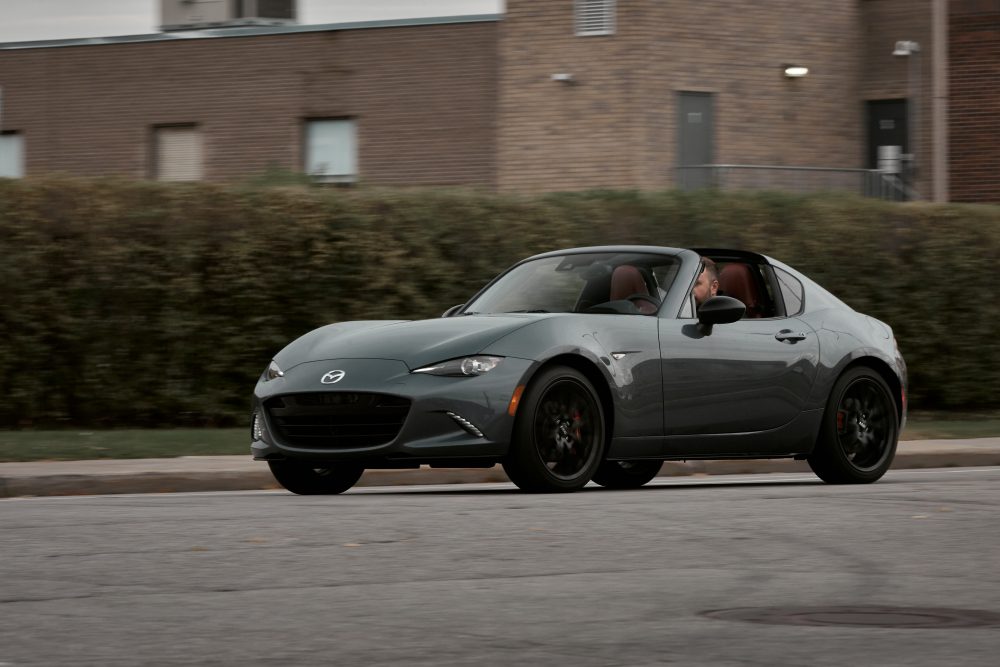 The new engine really gives the MX-5 the grunt it needed. Fine, 181 horsepower won’t set any lap records or even scare off a Honda Civic Si, but it’s the urgency of this engine and its ability to rev freely that allows it to feel more powerful than it is. It also allows you to extract every single inch of horsepower out of it, which in turn also allows you to explore the car’s dynamic limits. 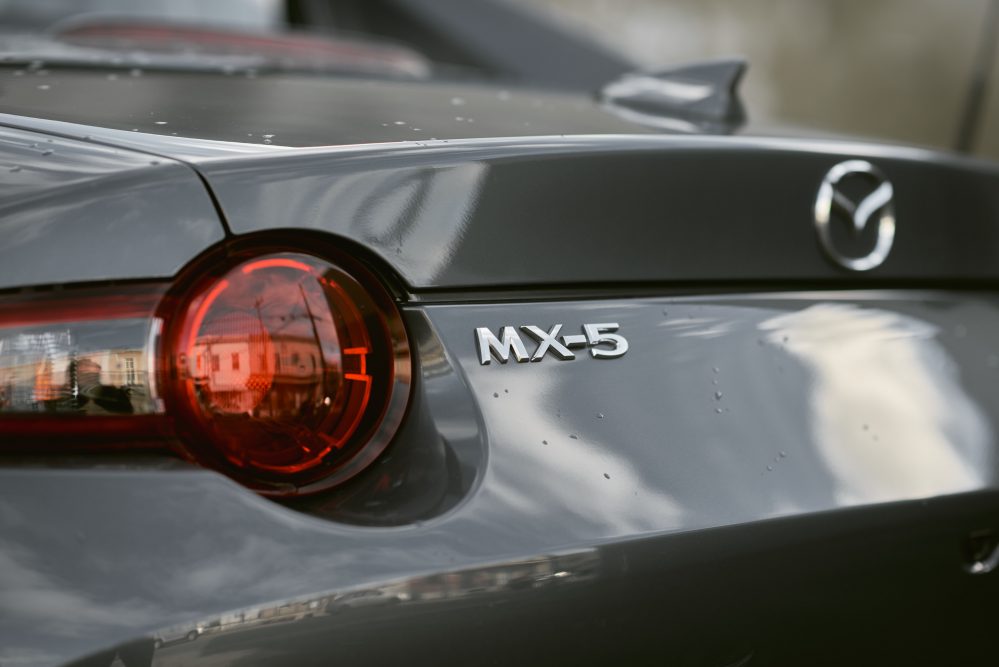 That, the dynamic limits of a Mazda MX-5, are actually pretty low. This was done on purpose to make it a handful to drive, which is why even though it has less than 200 horsepower on tap, you need to be alert when driving this car, especially when traction control is turned off, or it’ll quickly kick out the rear and send you in a ditch. Body roll is also quite high – again  on purpose – so you always sense what the car is doing at the limit. And the steering always communicates what the front skinny tires are doing. This car always feels like it’s about to run out of grip, which gives you the illusion of driving something overpowered like a Challenger Redeye. 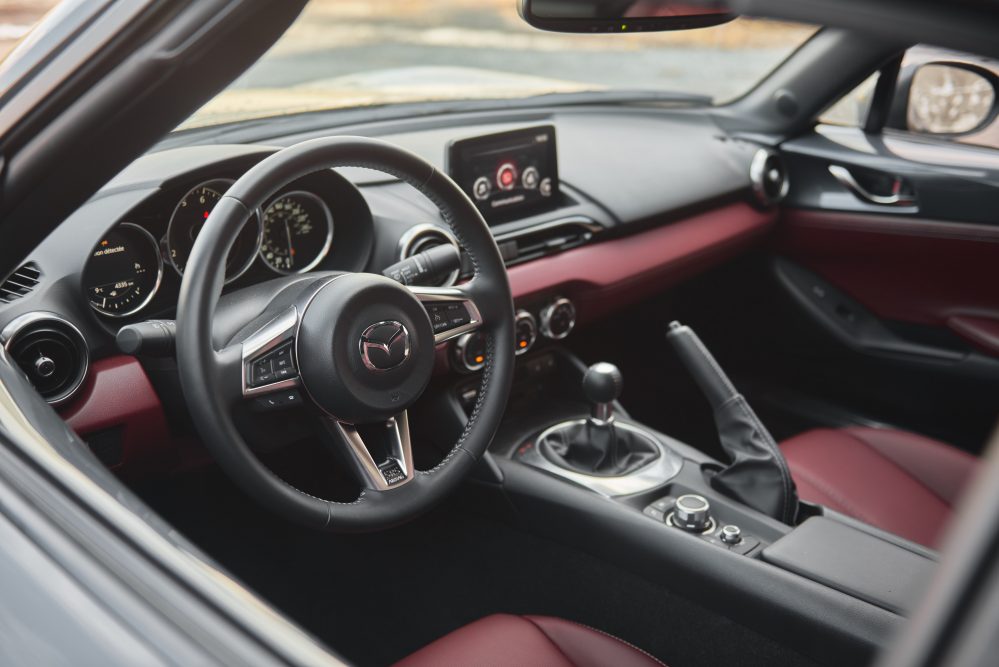 What also helps at making the experience feel special is how snug and driver-focused the MX-5’s cabin is. If you’re over six feet tall, or a bit overweight, you simply won’t fit in this car. That’s another reason why the Miata kicks so much ass: it doesn’t try to please everyone. It just wants to be a Miata, which makes it so much more appealing. 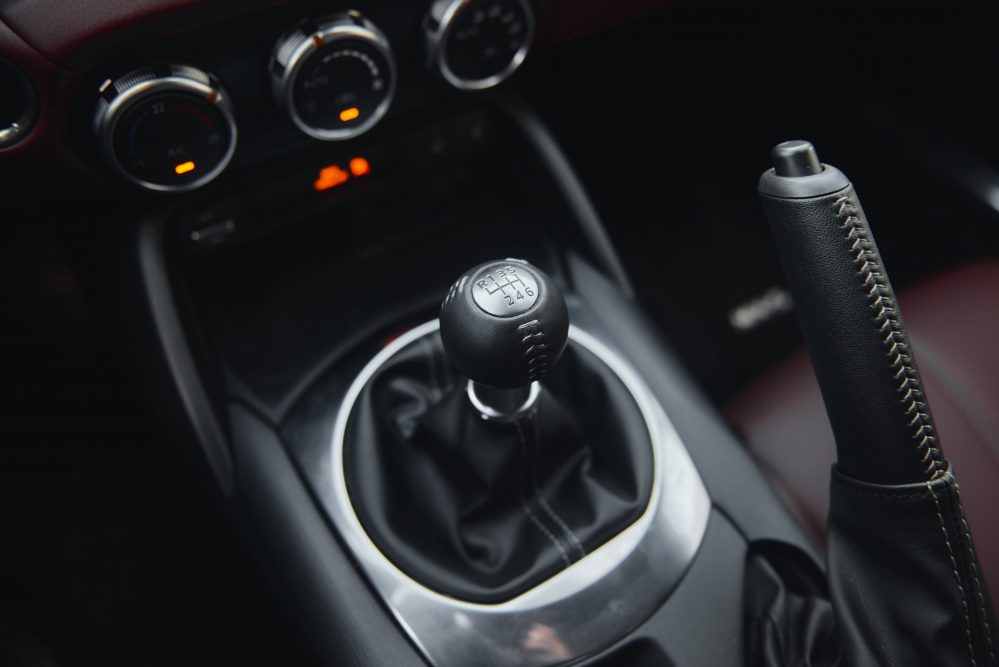 So yes, it’s not very spacious in there, and the trunk will only hold two grocery bags, but the driving position is fantastic. The slick little manual shifter also slides almost organically in your right hand as you grab another gear, and the pedals are perfectly spaced for heel and toe driving. I also continue to favor actual analog gauges over the digital stuff that’s currently on sale. The MX-5’s gauge pod does a fantastic job of combining both a modern and vintage look. 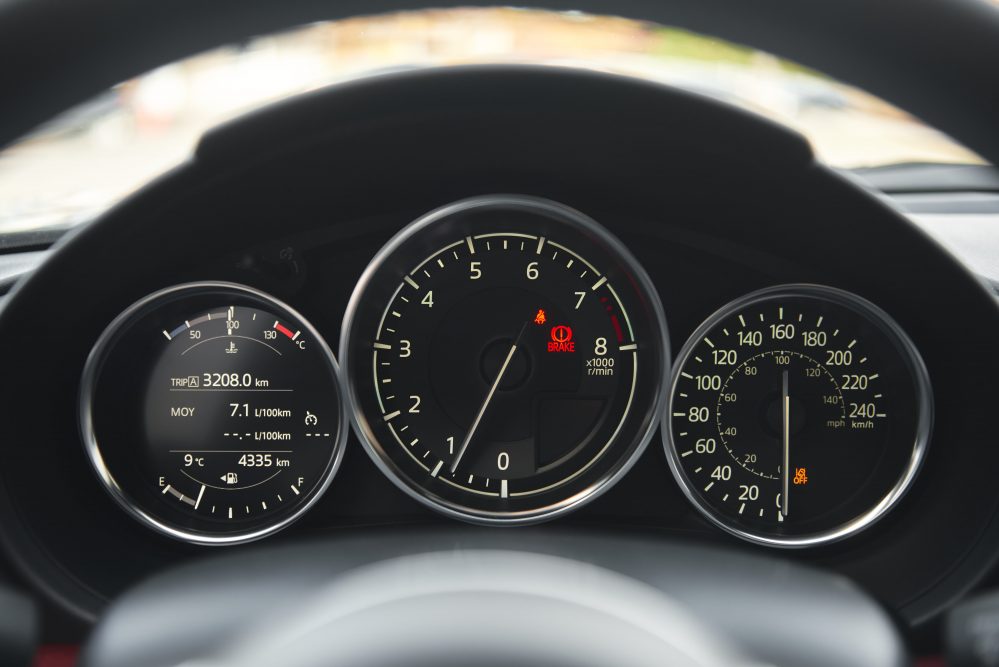 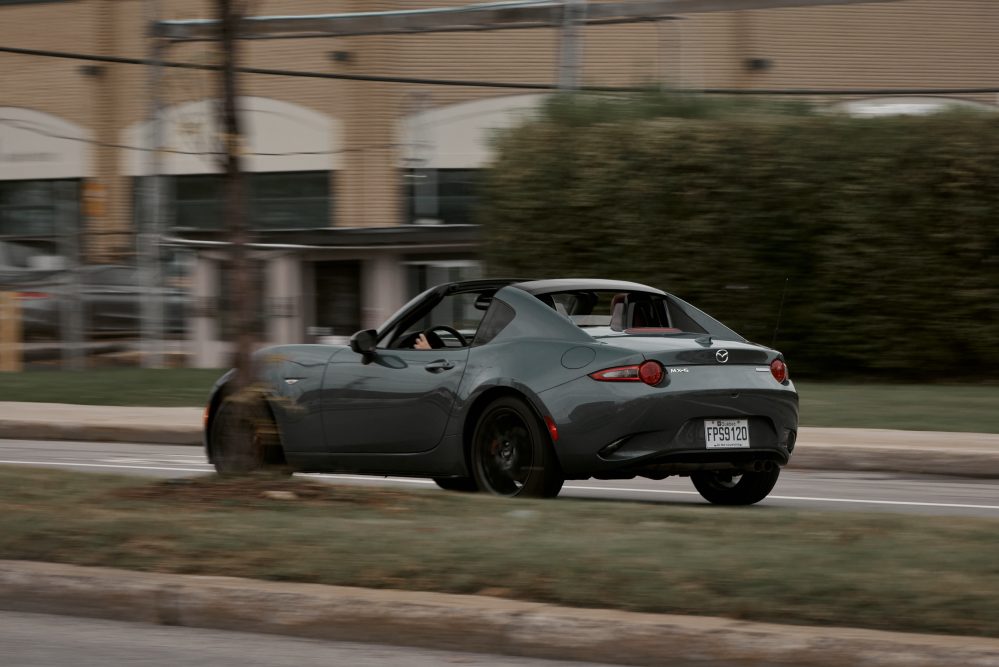 At this point in the review I would normally be addressing the car’s infotainment system or waste a bit of internet ink talking about the car’s fuel economy. All I can say is that the 2021 Mazda MX-5 excels in those fields too. Fundamentally though, what you guys came here to read about was if the car still lives up to its reputation. Yes it does. At least, from where I’m sitting, it still deserves to be regarded as one of the best driver’s cars currently on sale.