I Just Can’t Get Enough of Volvo’s XC90 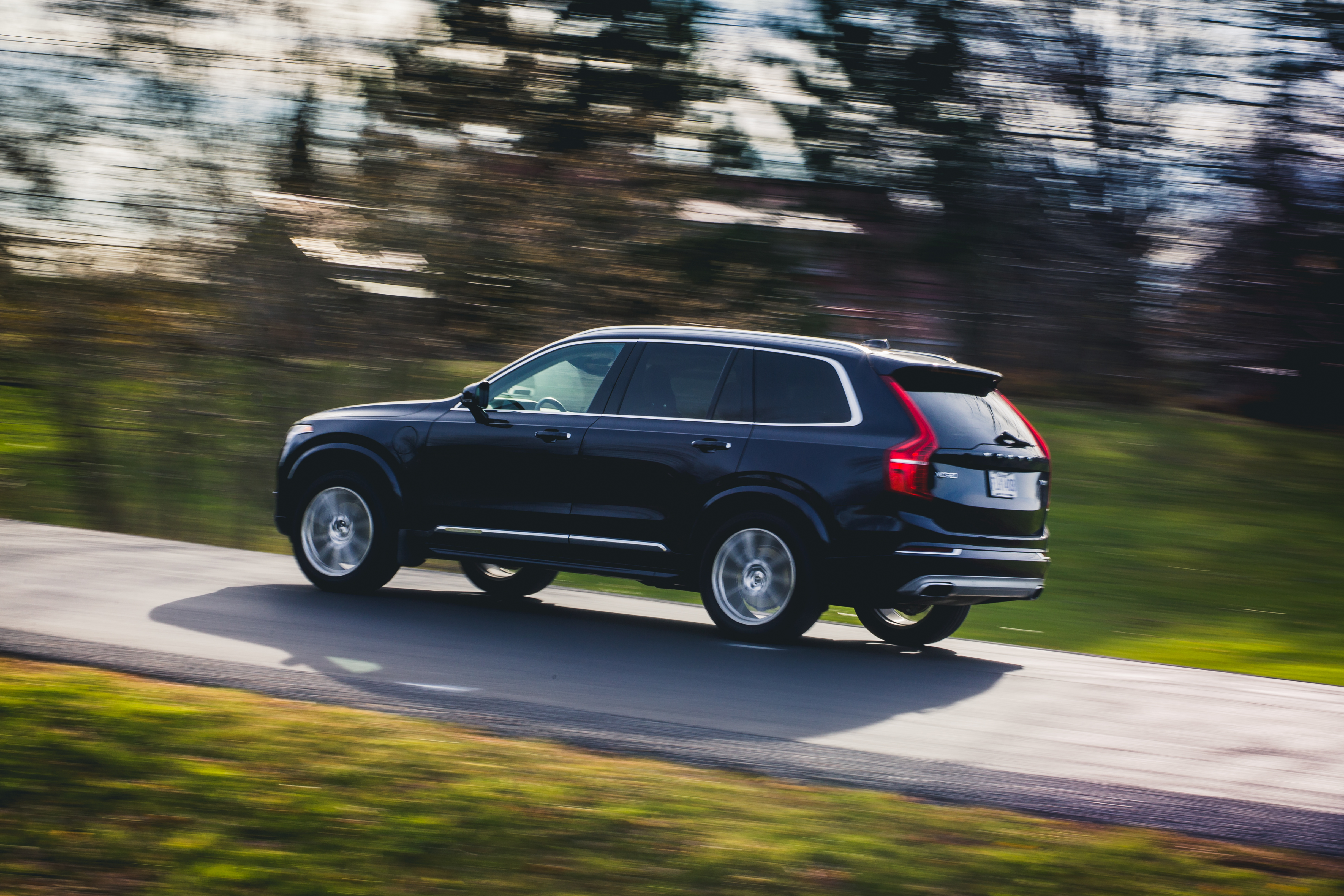 For those of you who have been following my Instagram account, you’re well aware that I’m preparing my 2016 Top 10 list. Now, I know I’m not Motor Trend and that I cannot afford to pit the cars I drive against grueling evaluation tests, but I embrace the idea of looking back at the vehicles that truly made an impression on me over the past year.

Because I drive a lot of cars and trucks, it takes quite a bit to impress me. And while all vehicles I review are assessed through objective eyes, some vehicles simply shine through as truly unique machines. The Volvo XC90 is one such vehicle. My last experience with the Scandavian SUV was behind the wheel of the T6 R-design; a genuinely stunning vehicle that not only got the first ever 10/10 score on Clavey’s Verdict, but also generated the highest number of clicks and shares on social media from my viewers.

Let’s not forget the massive attention it generated while I was driving it.

And now, thanks to the kind people over at Volvo Canada, here I am with another blue, square-jawed, 7-passenger Swede. Except this time around, it’s the more elegant, luxurious, and range-topping T8, Twin Engine, Inscription model – or quite possibly the best SUV on the planet right now.

That Face Never Gets Old 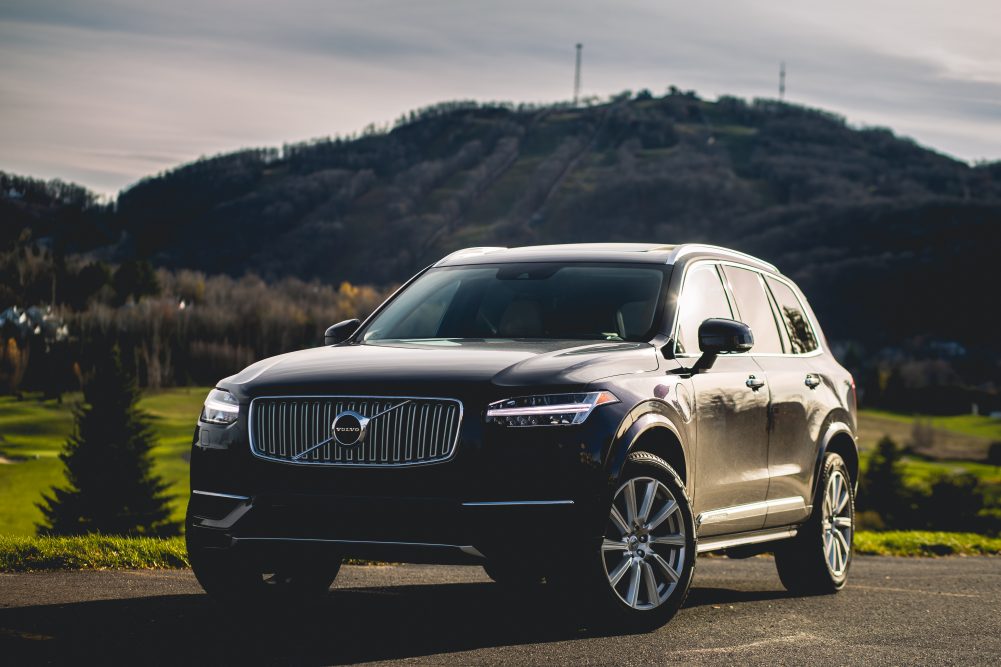 There are so many reasons why I’m obsessed with this vehicle. Where should I start? That exterior styling, no matter in which trim you choose to dress up your XC90, remains absolutely mind-blowing. There’s just something so attractive about the way those properly named Hammer of Thor LED headlights blend with the XC90’s elegant grille, tightly wrapped overhangs, and Swedish-appropriate attention to detail. Literally every piece of sheet-metal on this truck is as sexy as a Scandavian supermodel’s cheekbones.  The end result is a vehicle that not only looks stunning from any angle, but stands out as a truly fresh and unique creation. 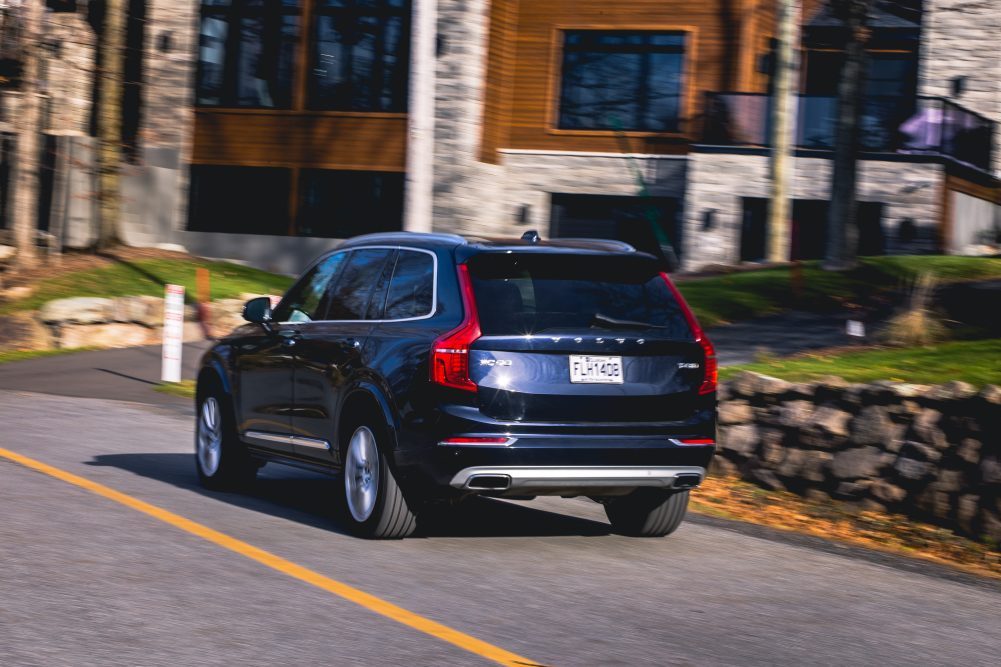 Then, there’s the fact that it’s a Volvo. It’s just plain cool to see this carmaker kicking ass again. I believe that I’m speaking on behalf of all automotive enthusiasts when I say that a world without Volvos simply cannot exist. What we have here with the XC90 is proof that when Chinese money is invested in the right place, miracles can happen. Because the world needs more Swedish engineering. It demands more quirky blue wagons that can dogfight a BMW M3. It begs for a carmaker that cares more about the well-being of its customers rather than carrying them around the Nurburgring in blistering lap times. 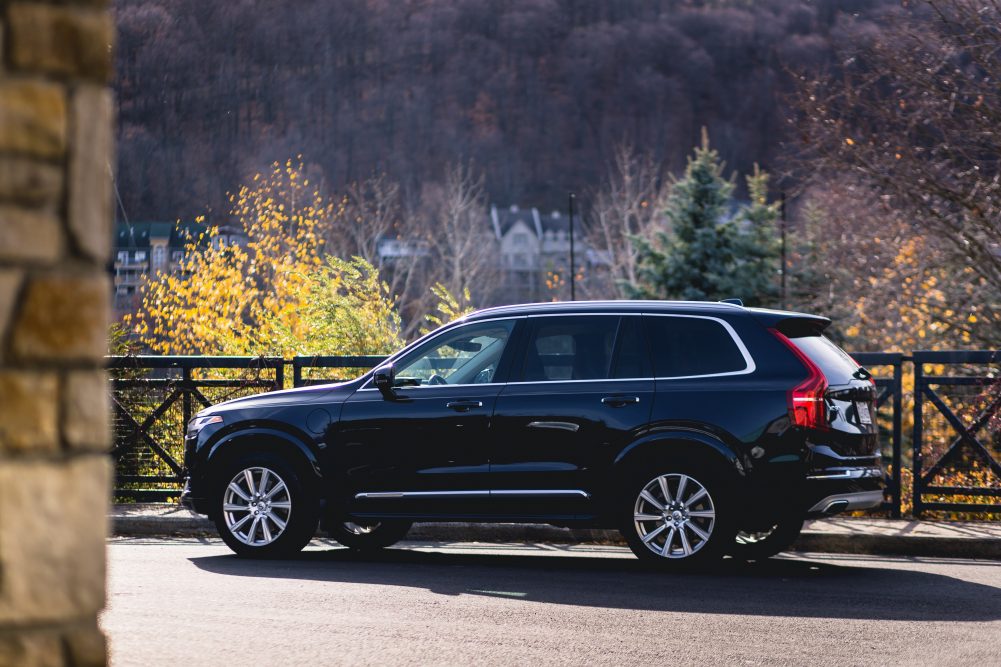 Above all, the world deserves a 400 hp, plug-in hybrid 7-passenger SUV built in Sweden. Yes, you’ve read right. These are the kinds of numbers generated by the T8: 400 hp and 472 lb-ft of torque. The Norse gods have landed upon us my friends, and they’re here to kick ass and chew bubble gum. 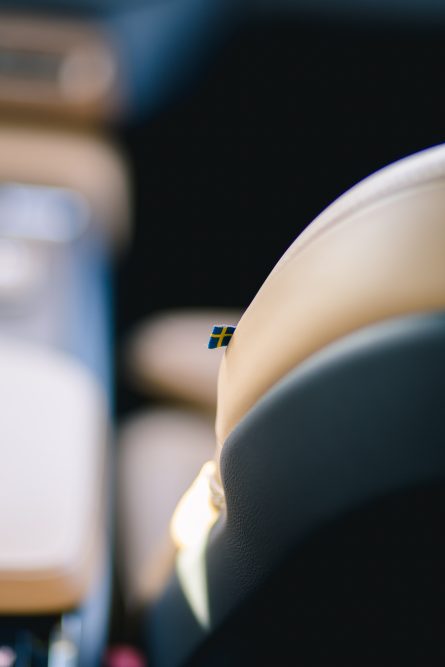 I’ll get back on the complexity and awesomeness of the T8’s drivetrain in just a bit – because it really is a marvel of engineering all on its own. But before I do that, it’s important to underline how the Inscription trim level completely changes the XC90’s overall appearance. Unlike the R-Design which was fitted with an aggressive body kit, 20-inch wheels, and racing brakes, the Inscription model, especially painted in this Magic Blue Metallic paint job, is more of an understated Q-ship that goes about its business without trying to attract too much attention to itself – which is ironic, because the T8 is several thousands of dollars more expensive than the T6 R-Design and, well, cranks out 400 hp for Christ’s sake.

And I Thought the T6 Was Complex 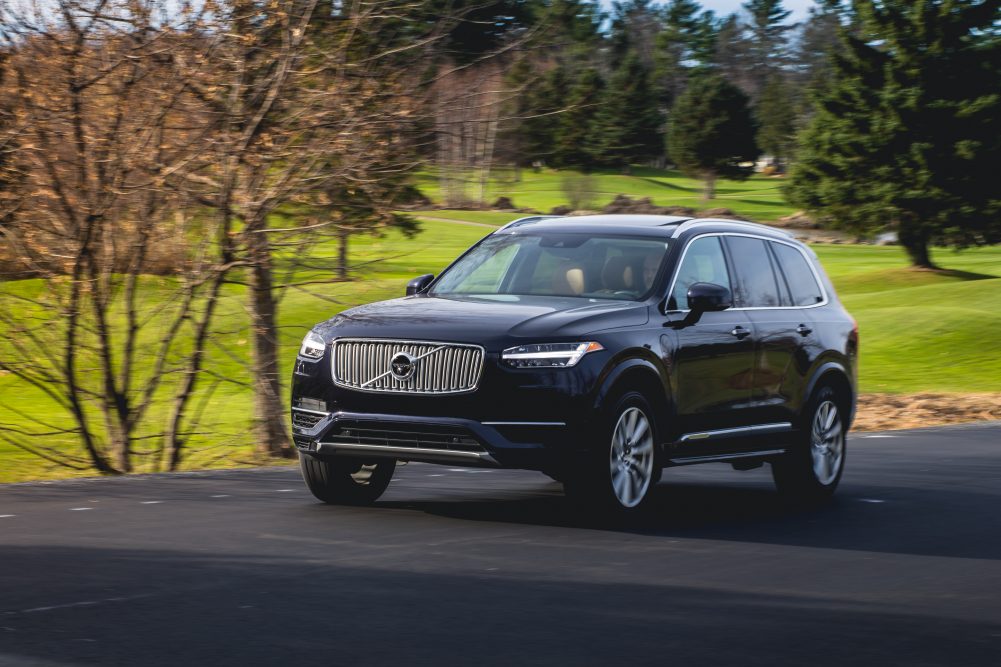 So, Tee Eight. First thing’s first: forget everything you think you know about Volvo engine nomenclature. 8 doesn’t mean that there are 8 cylinders under the hood, and T does mean there’s a turbo hidden in there somewhere, but it doesn’t really matter anymore. 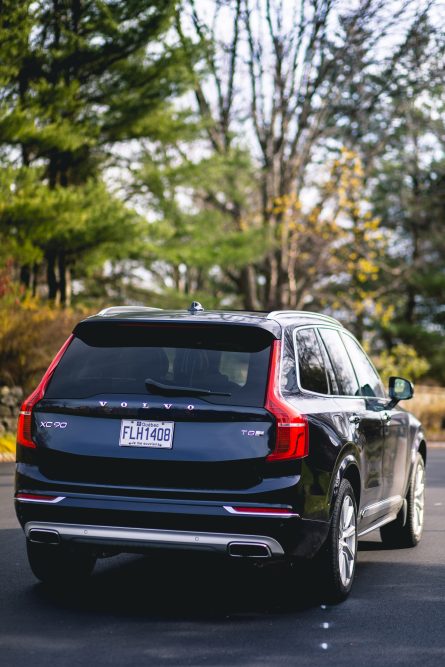 The main engine, the gasoline one, is essentially the same 2.0L, turbocharged four-cylinder found in the T6. It also happens to be supercharged (yes turbo and supercharged), and pumps out 316 hp and 295 lb-ft of torque all on its own. Then, Volvo rips out the Haldex all-wheel drive system from the T6 and replaces it with a lithium-ion battery pack as well as an 87 hp electric motor that sits right between the rear wheels. Finally, a second 46 hp electric motor is crammed between the 2.0L gas engine and the 8-speed automatic transmission. So this isn’t a Twin Engine – it’s actually a Triple Engine. 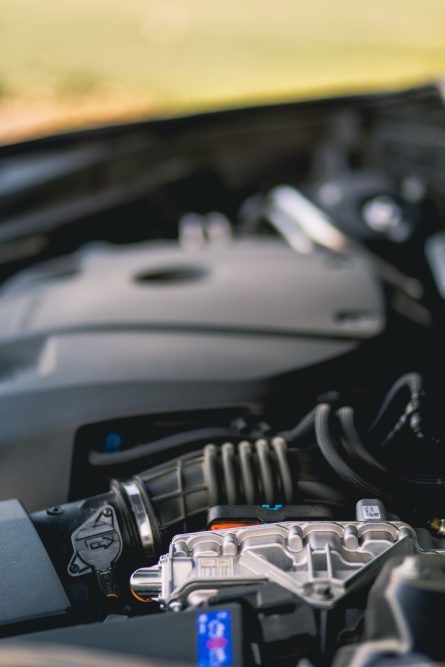 Ok, wait, let me finish my glass of water here, because things become even geekier.

In the T8, you can decide to either drive in full electric mode up to about 30 km until the gas engine kicks in to recharge the batteries. And both electric motors can regenerate the batteries when decelerating. Or you can plug in your XC90 to give it more juice. When on electric power alone, the T8 relies solely on rear-wheel drive. Gasoline propulsion will only drive the front wheels. When selecting Four-Wheel Drive, Power or Off-road modes, all three motors operate at full capacity, that’s when the 400 horses are fully unleashed via all four wheels. 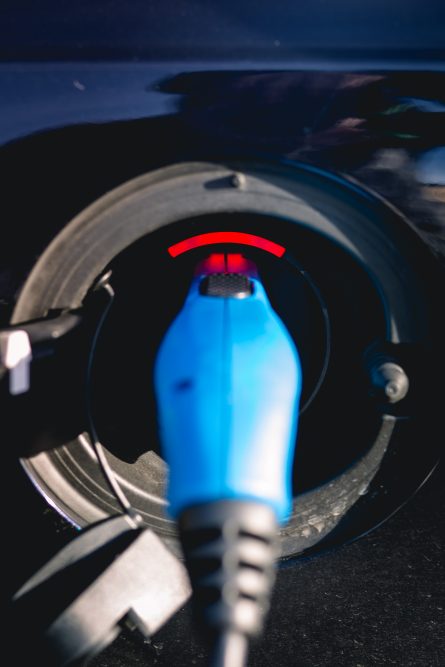 The batteries, well they have their own coolant circuit. So while you’re not burning fuel, heat to the cabin is provided by an electric immersion heater that warms up the gasoline engine’s coolant loop. So yes, even on electric power, the XC90 will still keep your butt warm during a -40 degrees polar vortex.

Still not convinced this is the best SUV on the planet? 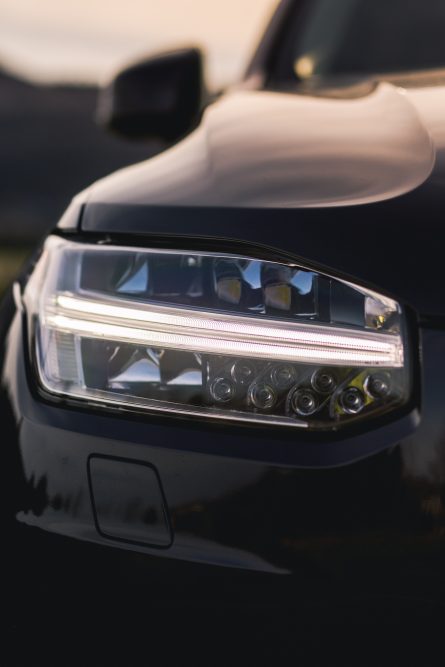 Get this: the T8 offers 7 optional drive modes, one of them being an Individual setting that allows the driver to select from 432 possible driving combinations! Everything can be customized, the optional air suspension can go from a sports car stance, to full-on big foot jacked. The powertrain can be configured to save the trees or outrun a sports sedan, and steering feel can be firmed up or slacked. Even the brakes have their own individual configurable settings.

That Interior – Oh, Come on! 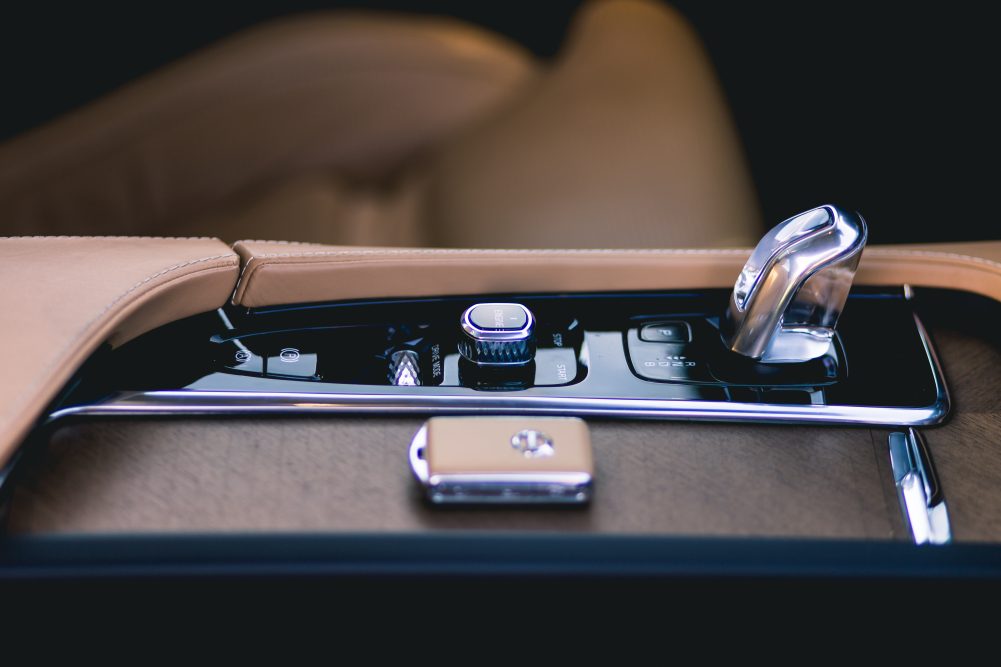 Oh man, the interior of the 2017 Volvo XC90 is so exquisite I think I’ll buy that instead of a house. I swear, I could live in this thing. Unlike the R-design which was mostly carbon fibre and alcantara, occupants in the T8 are greeted to a sumptuous mashup of smooth cow hides, fine grain wood, soft plastics, brushed aluminum, and fanatical Swedish attention to detail. My tester, being the Inscription model, came dressed up with what Volvo calls Nappa leather and Linear Walnut inlays. The end result is a cabin that feels more like the living room of a modern architect’s house than that of a car.

I mean, even the key fob is covered with the stuff. 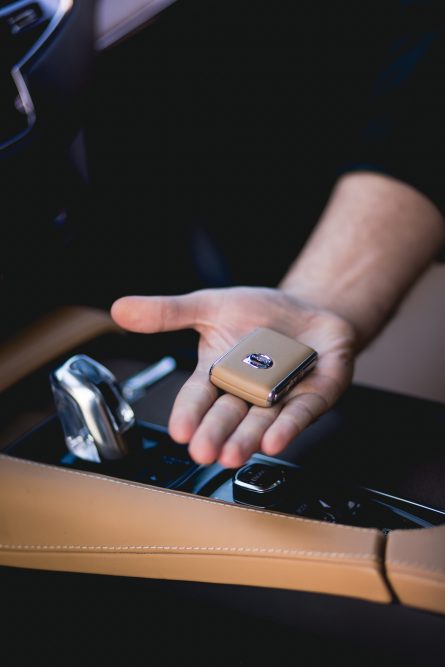 Like in the T6, the centre stack is dominated by an 8-inch touch-screen interface, which not only looks exquisite, but remains one of the most intuitive and easy to use infotainment systems to have ever been fitted to an automobile. The centre console continues to be garnished with diamond cut controls, notably for the starter switch and drive mode selector. In the T8, the gear lever is covered in fine Swedish glass. And as is the tradition in all Volvos, the seats are supportive, stupidly comfortable, and truly mesmerizing to behold. Volvo states that each detail in the XC90 is designed to make driving simpler, more enjoyable, and less stressful. 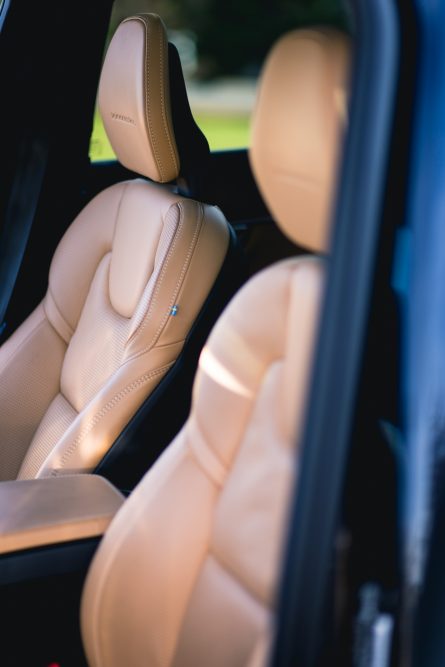 On the road, the T8 feels very much like its little brother, which means quiet, smooth, well planted, solid, and surprisingly nimble for such a large vehicle. The 8-speed automatic transmission works flawlessly in the background, exhibiting butter smooth and quick gear changes. Unfortunately, the same can’t be said about the drivetrain. Punch the accelerator in the T8, and there’s still that unfortunate delay before the truck actually gets up and goes. This is attributable to the 2.0T’s excessive turbo lag combined with the T8’s added heft due to the batteries on board. I was expecting the electric motors to fill in that gap. Sadly, they don’t. 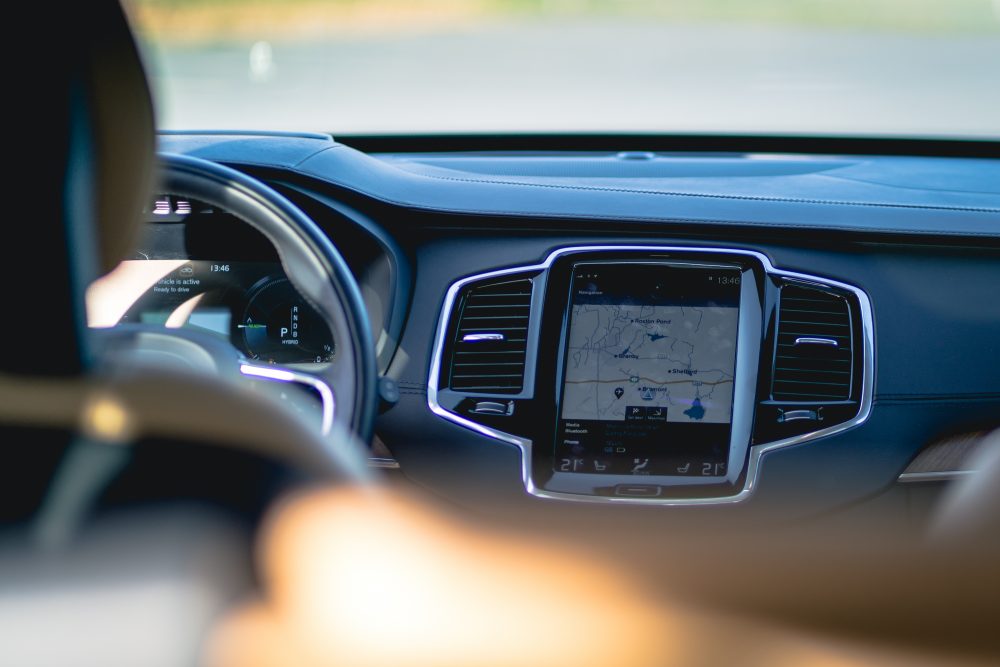 Once the XC90 gets up and goes, however, it’s surprisingly agile on its feet, achieving 0-100 km/h times in the low 5’s, outperforming most vehicles in its class. My other gripes go to an occasional rough ride over sudden road imperfections. Paradoxically, as smooth the XC90 can be most of the time, it can also surprise you with an occasional thump when driving over simple obstacles such as speed bumps or potholes. Could this be attributable to the air suspension? 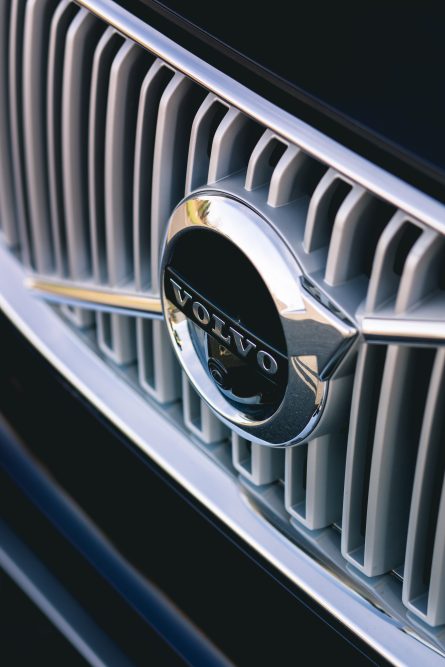 Finally, although most transitions between gas and electric power were generally seamless, there were occasional odd sounds emitted from the engine compartment with unwanted jerks during low to medium throttle applications. It almost felt as though the XC90’s brain had difficulty figuring out what my right foot was doing. There just seems to be a lack of coordination between powertrains – something which I’m sure will be corrected in a mid-cycle update. 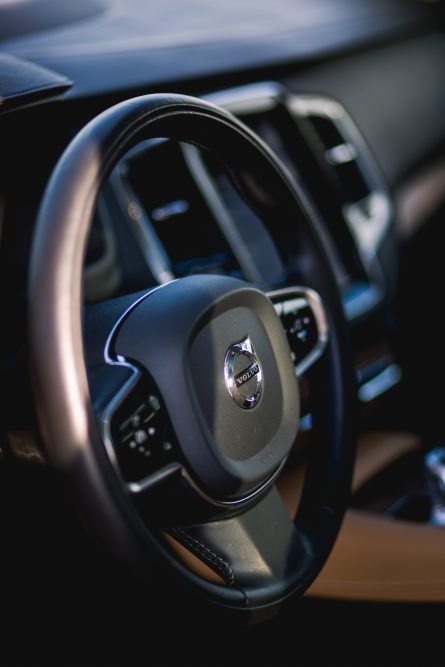 So, how much for this Swedish superhero for mother Earth? The blunt answer is: quite a lot. Equipped like my fully loaded tester, the Volvo XC90 T8 Inscription sells for a staggering $86 450. Equipped this way though, your XC90 will be crammed with all the latest Volvo pioneering safety tech, which includes some seriously cool gimmicks such as a heads up display and Pilot Assist; a system that literally turns the XC90 into full autonomous mode during heavy traffic situations. It’s all rather impressive. 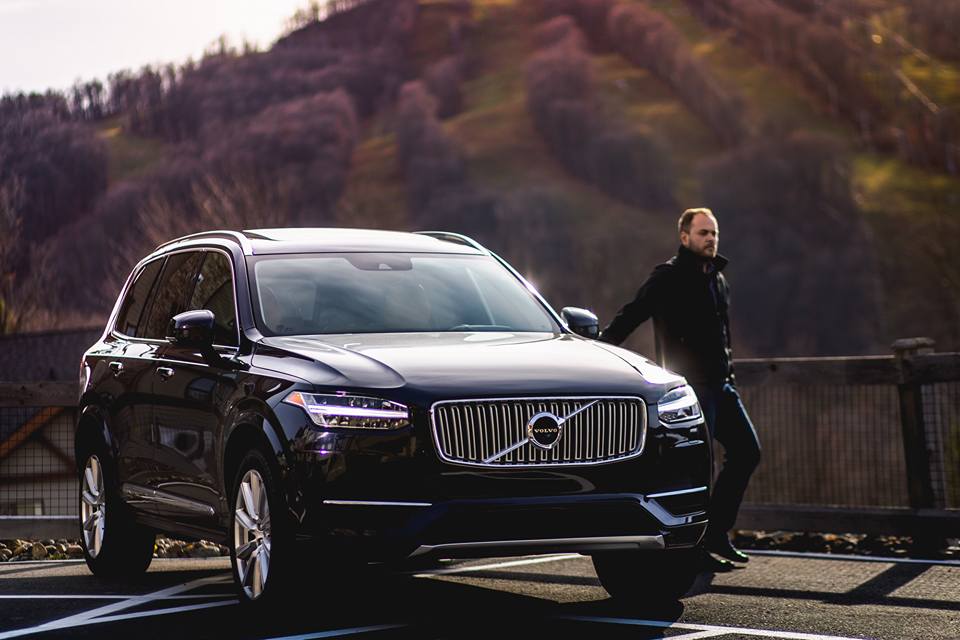 But then, from another angle, the XC90 isn’t all that expensive considering what you’re getting for your money. Anything with a Porsche or Land Rover badge slapped onto its front grille that can seat 7-passengers and offer this kind of efficiency will easily exceed the 100k threshold. Which is another argument to go for the Volvo when shopping for your next luxury SUV: it’s actually a tremendous bang for the buck. At the end of the day though, what truly sets the Volvo XC90 apart is the feeling that it was designed by humans, for humans. It’s a vehicle that puts the priority on your family’s comfort and safety before anything else. It also happens to be supremely attractive, innovative, powerful, environment-friendly, and more luxurious than much more expensive offerings, all of which are qualities that further enforce my claims of calling this the best SUV on the planet.