The Chevrolet Malibu is Now More Than Just a Rental Necessity 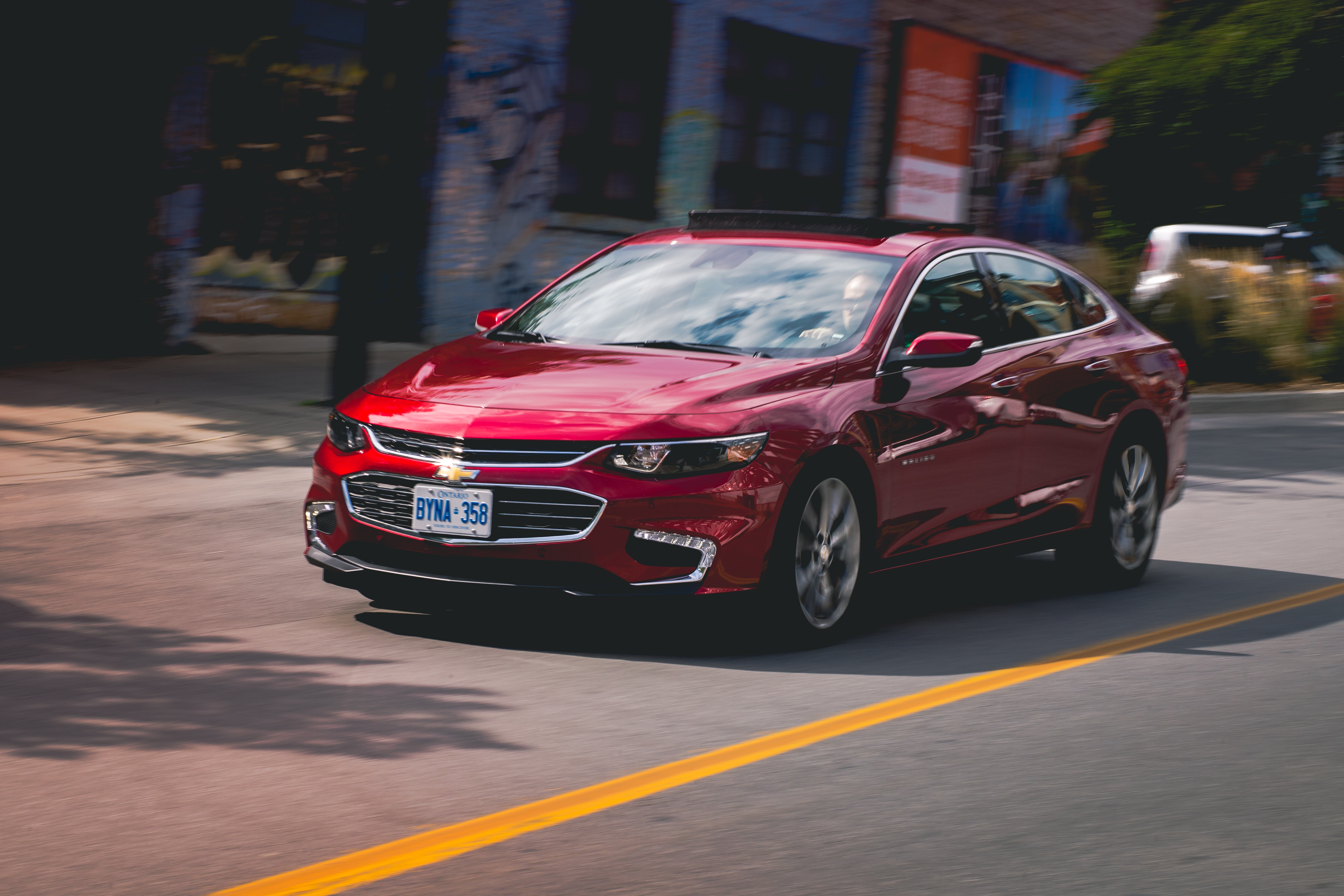 Growing up in the nineties, the Chevrolet Malibu, or the Corsica for those who remember, was never a car I aspired to own. It was more a car that my father aspired to own. Actually, my dad was an actual car guy, so no, he didn’t aspire to own a Chevy sedan.

Truth be told, for the longest time, the Malibu was a car designed for the family man who didn’t give a crap about cars. And as with all other Chevy sedans before it, it was always aimed at being the quintessential working class family car; one which offered the basic family hauling necessities and decent power at an affordable price.

Nowadays, the problem is that the mid-size sedan segment has exploded from every corner of the globe. Everyone now offers a working class car that can seat 4 people comfortably while engulfing a full Costco grocery order and a couple of hockey bags. And with hardcore players such as the Honda Accord and Toyota Camry now dominating the segment; lest not forget fresh new offerings from Ford, Volkswagen, Mazda, and even Hyundai, all of which have raised the bar for what to expect in the segment, the Malibu has unfortunately drifted away to rental car status rather than remain a competitive alternative to what the Japanese, Koreans, and Germans have to offer. That being said, General Motors wants this to change. With this new-generation Malibu, the bow tie brand is on a mission to bring mid-size sedan buyers back into its dealerships. And I must say, once I was behind the wheel of this elegantly styled 2016 Malibu, my prejudices about the car quickly dissipated. 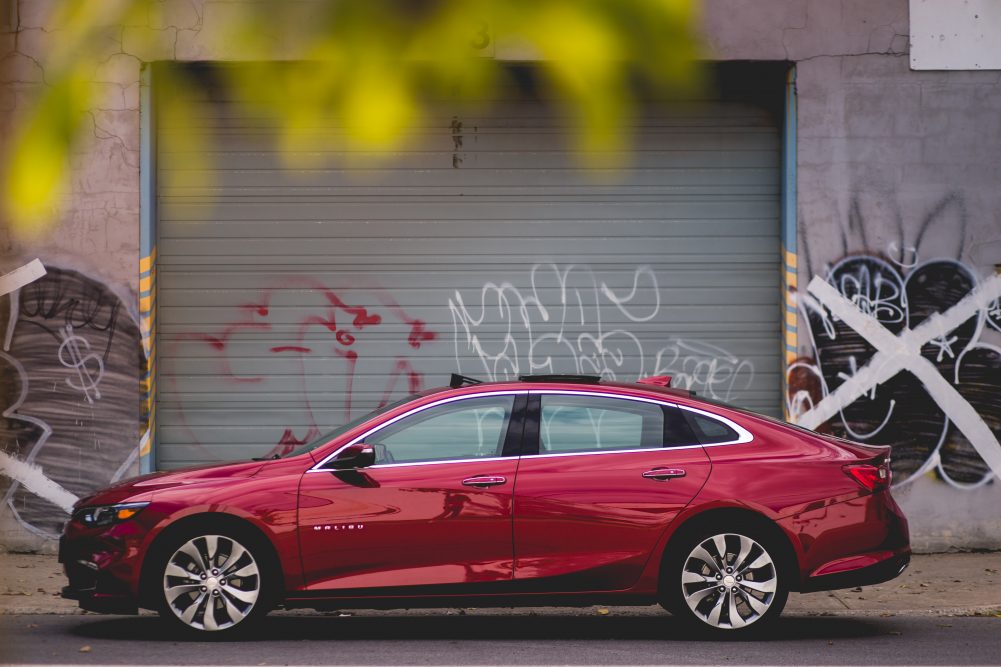 One of the reasons why I suddenly respect the Malibu nameplate is that it no longer looks or feels like a car you’d borrow only to get from the airport to your hotel room. This is a fantastically well-executed design, so good in fact that it actually looks entirely different from anything else in the segment, especially from the front.

I love how hunkered down and wide it looks. Thanks to squinting headlights and an aggressive front air dam, the Malibu looks menacing, sophisticated, and elegant. Like the Camaro and all new Buicks, the Malibu also benefits from a high beltline which gives the impression of a lower-than-average roof. I also love how the rear end slopes downwards in a coupe-like shape, to finish off with a subtle wedge spoiler integrated in the trunk. It’s a fresh and modern design, one which stems curiosity the moment you set sights on the car. 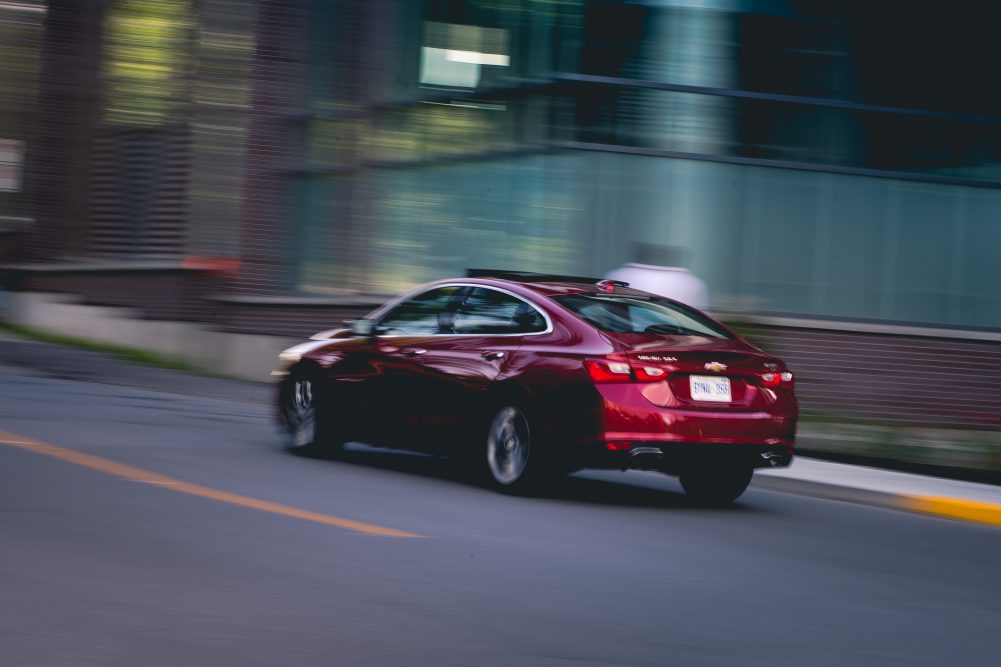 And the 2016 Chevrolet Malibu’s interior is nothing short of impressive. While overall build quality and material fit and finish are still not up to Honda Accord or VW Passat standards, the Malibu’s well put together interior still manages to feel upscale. Overall design is rather busy, if not funky, with its mashup of lines and edges exploding from every corner. There’s also a general quirkiness in the way the centre stack is laid out, and with that tablet-looking infotainment system sticking out of the dashboard, controls are clearly indicated, with large icons, and an overall attractive and user-friendly interface.

Much of that credit goes to Chevrolet’s Mylink system. Like in the Buick Verano I drove earlier this year, the system is intuitive and quick. It also includes a variety of modern tech such as Android Auto and Apple Carplay compatibility. Another big plus: there are actual physical knobs for important controls such as lowering the volume or fiddling with HVAC controls. 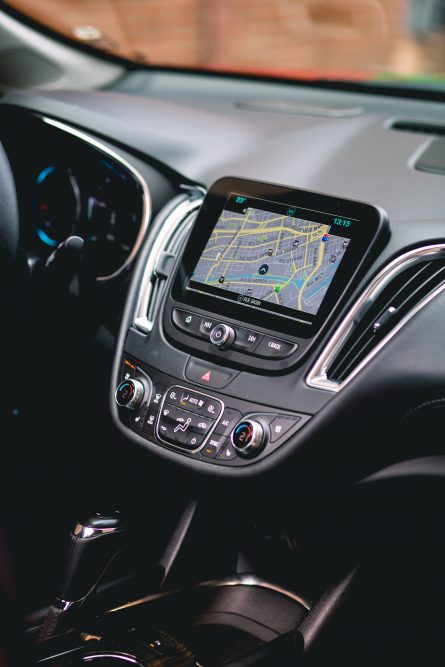 Did you read Honda? Physical knobs.

Overall, I must say the Malibu’s interior is a rather pleasant place to sit in.  There are soft materials where it counts, but they’re contrasted by cheap hard plastics in other obvious areas. There’s just a lack of consistency in overall fit and finish, almost as if it was designed as an afterthought. But the basics are done right, and overall instrumentation is clearly displayed. The seats are comfortable and supportive, rear seat leg room is abundant, but ingress can be a little tricky due to the shape of the roof back there. The cabin is immensely quiet, and overall visibility is surprisingly good, even with the Malibu’s high beltline.

For once, the Chevrolet Malibu feels like a quality car. 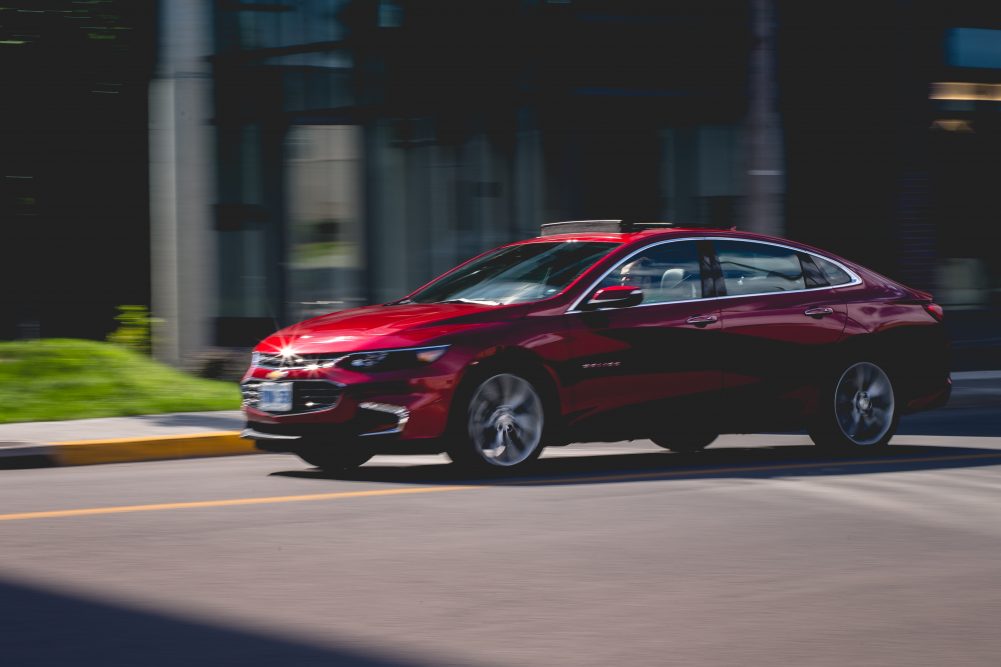 For a mid-size sedan to truly shine, it must do more than simply be a mid-size sedan. You need a few surprises. In the Malibu’s case, the unexpected lies in the drivetrain options. Naturally aspirated 4 and 6 cylinders are now gone in favour of all-new and efficient turbocharged four cylinders. There’s even a hybrid model. 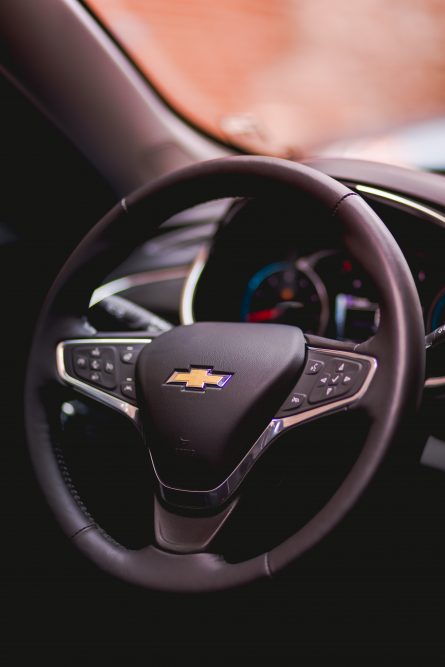 Base Malibus come powered with a 1.5L turbo good for 163 hp and 184 lb-ft. Power is sent through the front wheels via a 6-speed automatic. My tester, the top of the line Premier model, came fitted with the larger 2.0T putting out 250 hp and 258 lb-ft of torque.  It can only be ordered with an 8-speed automatic. 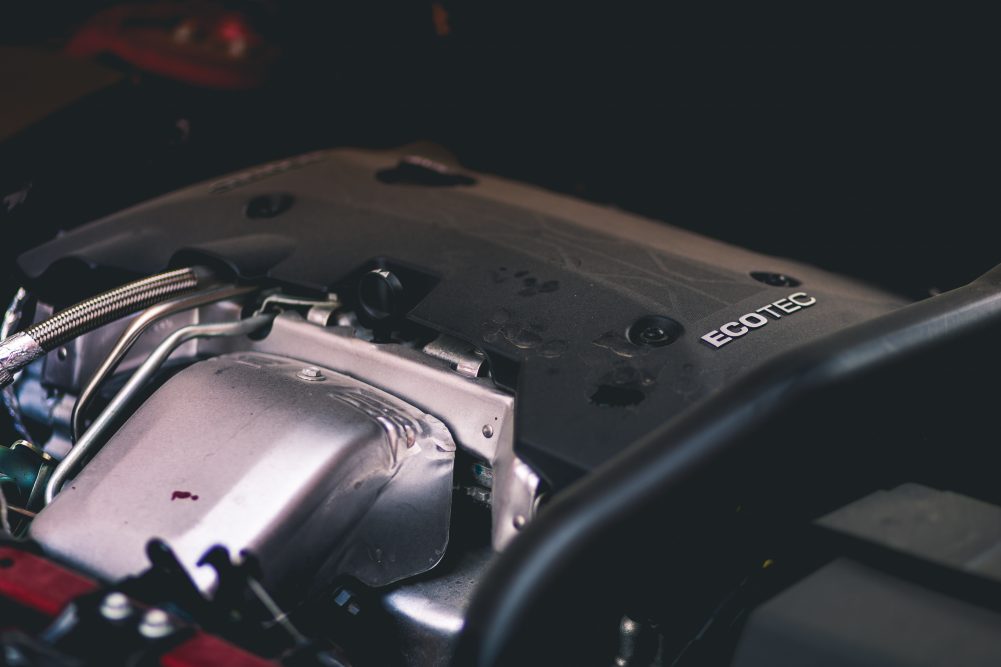 While not as smooth nor sonorous as a naturally aspirated V6, the 2.0T does pack serious punch. Power is all mid-range, with a linear delivery of boost through a broad power band, remaining smooth all the way to the 6500-rpm redline. Stomp the accelerator at any speed, and that 8-speed transmission picks up the pace in milliseconds, instantly downshifting to the right gear and maximizing the engine’s available boost. Gear changes are seamless, except for occasional clunks upon downshifts, you’d think this was a CVT. I’m not a fan of the jet-fighter inspired manual toggle buttons located on top of the shifter, however. Due to the position of the shifter itself, which must be pushed down to L to engage manual mode (why L?), your arm is crammed over the centre storage compartment and forces you to shift with your index finger. It’s weird, uncomfortable and simply doesn’t make sense. 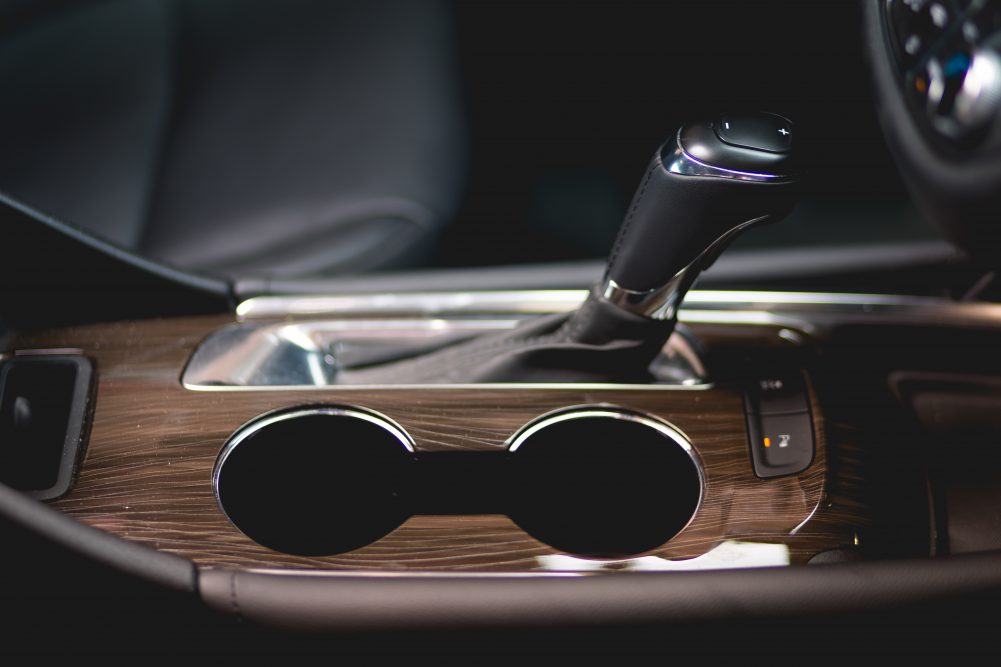 Also, even with GM’s attempt to improve fuel economy with the turbo engine, there weren’t many gains at the pump. My best fuel average was 7.5L/100 km, about the same as that Lexus ES I drove with the V6, which by the way offered more overall grunt. Acceleration in the Malibu is good, however. 0-100 km/h is rated at 6.1 seconds, making this American sedan feel spirited off the line. It will, however, still get outgunned by a V6-powered Accord or Camry.

You Can Consider Buying One 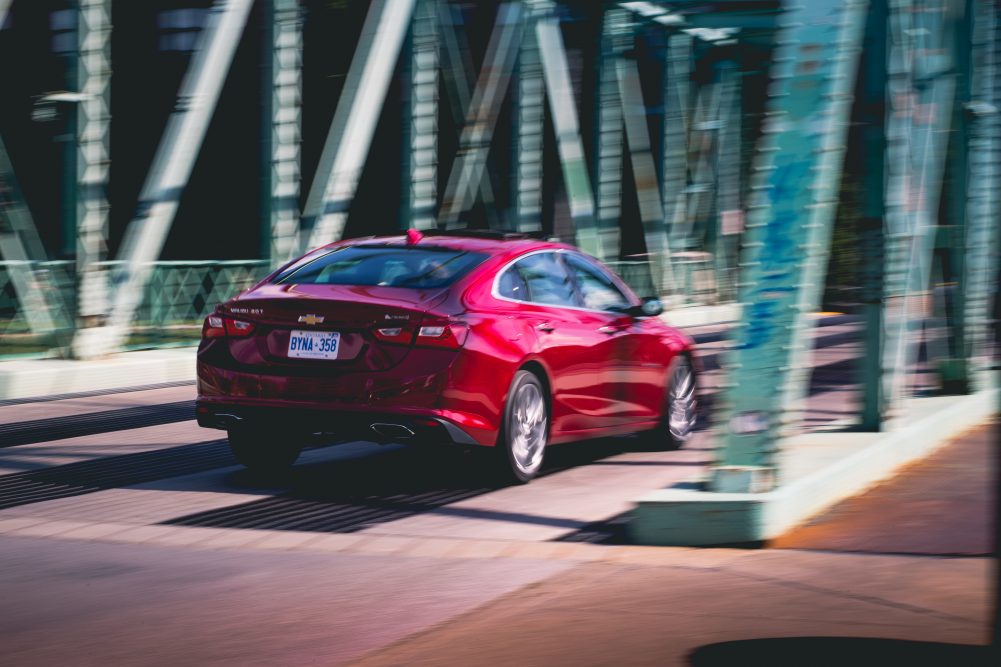 At the end of the day, the Malibu doesn’t come off as a bad vehicle at all. In fact, I’d recommend putting it on your top 5 sedans to test drive when shopping around. There’s enough substance here to make it relevant and the car feels solid and well put together. Would I choose it over a Honda Accord, Mazda 6, or even a Ford Fusion?

Although the Malibu drives great, is immensely quiet, offers plenty of cool tech and a spirited turbo engine, it unfortunately falls short of being as engaging and tactile as some of its competitors – especially the Accord and Mazda 6. When hustled around, the Malibu complains through unwanted chassis quibbles, vague steering feel and an unsorted suspension. The car simply doesn’t reward you like some of its competitors and is best appreciated as a soft daily cruiser. 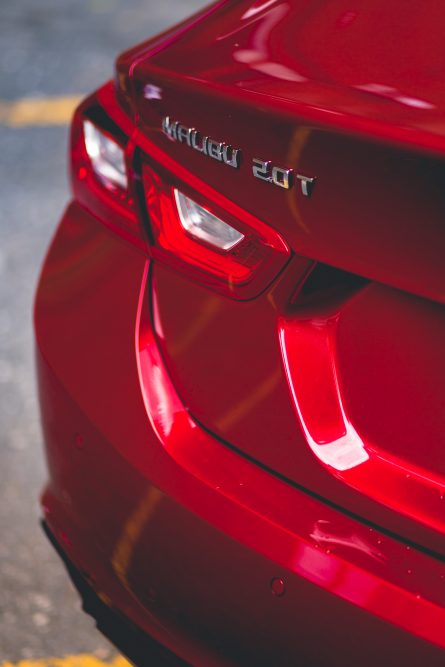 Prices for a 2016 Chevrolet Malibu range between $23 745 and $34 045 for the Premier trim such as my tester. Premium adds a panoramic sunroof, the 8-inch infotainment system, very beautiful 19-inch wheels, a Bose premium sound system, and a truckload of creature comforts and tech. To my surprise, the fully loaded Malibu still doesn’t offer adaptive cruise control, a feature that is now available in a $25 000 Honda Civic. 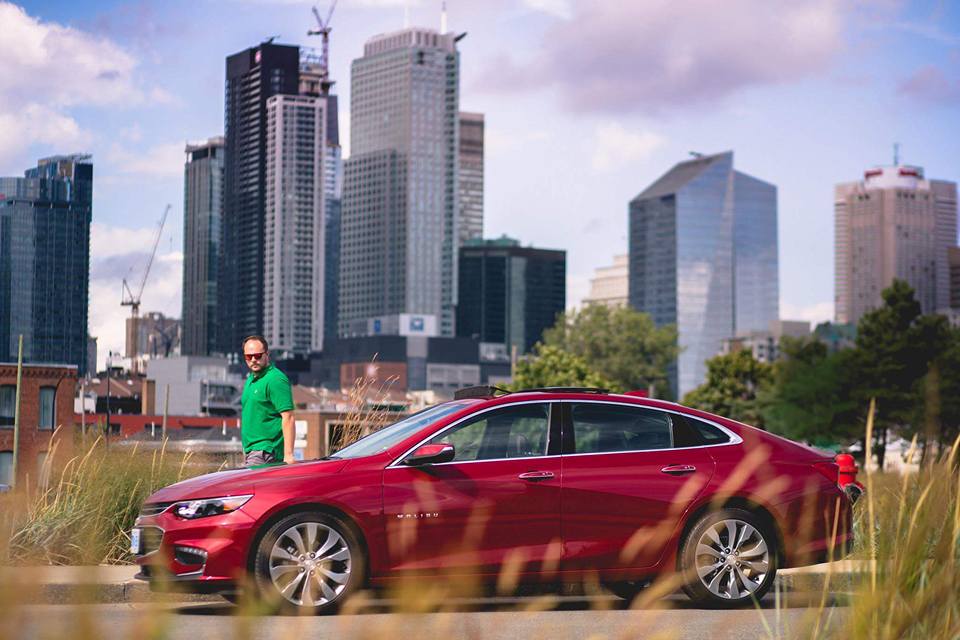 The Malibu does have a net price advantage over its Japanese competitors though, with the Honda Accord starting at $26 201 and the Toyota Camry at $26 610 respectively. The Malibu model I suggest you buy is the LT with the 1.5T. It sells for a more affordable $25 245, comes very well equipped and offers decent power and actual gains in fuel economy. 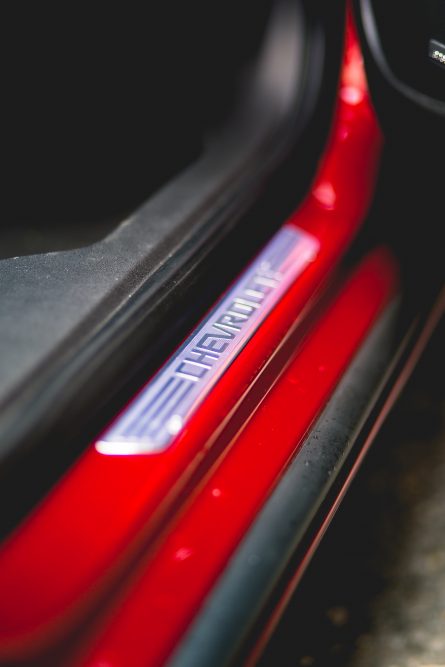 So is the 2016 Chevrolet Malibu an aspirational car? That’s for you to decide.  While it misses a little performance edge over its competitors, the Malibu is no longer a boring, half-assed job, rental car appliance. It’s a very well-executed automobile, one which will undoubtedly please many North American families. And Chevrolet has definitely succeeded at making its mid-size sedan matter again. The only thing left for GM to do is inject the Malibu with a tad more character and soul. Perhaps an SS badge would do the trick?

Review of the 2016 Chevrolet Malibu by William Clavey