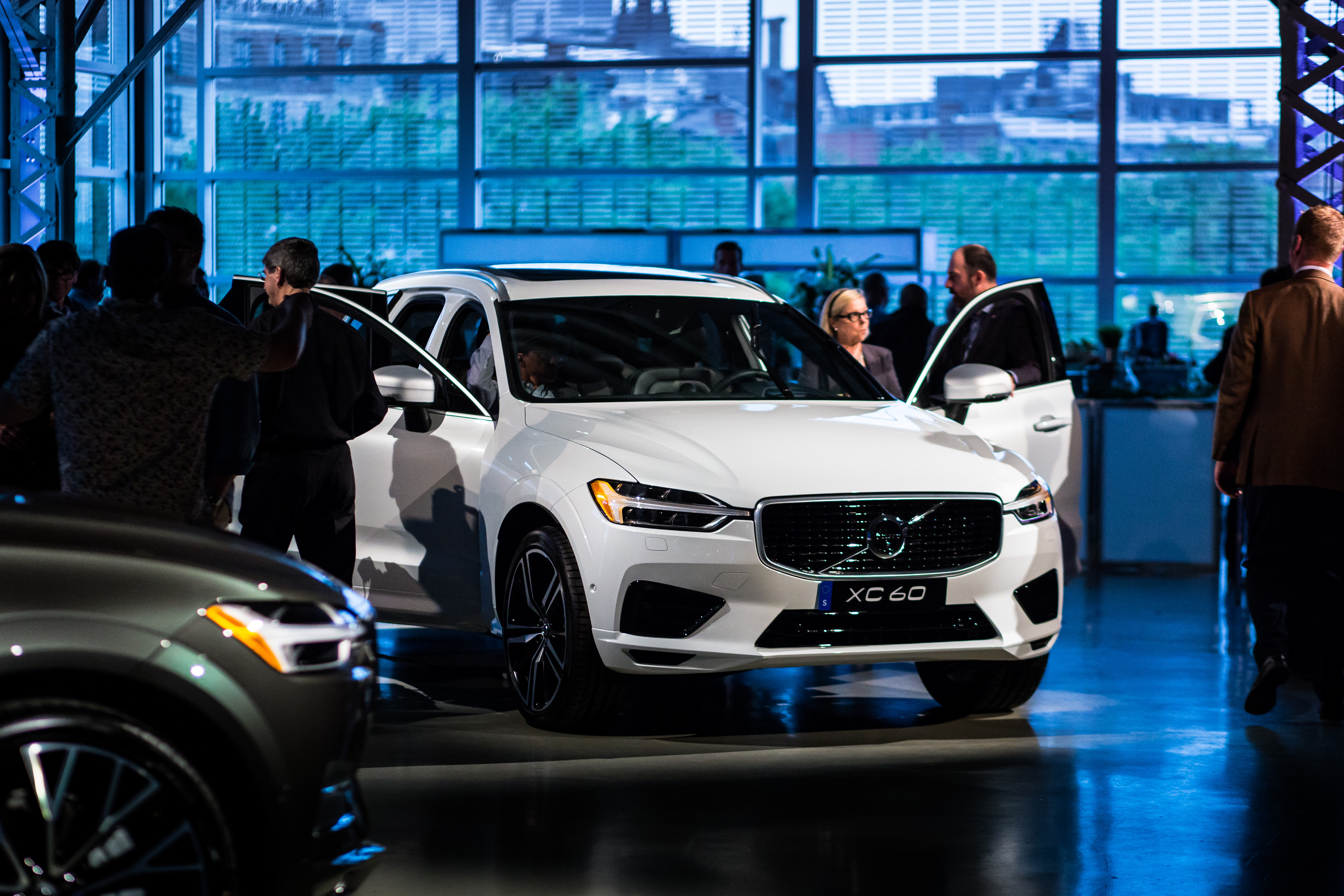 The 2018 Volvo XC60 is Volvo’s inevitable next step in its offense to regain its title as a true premium luxury carmaker. Volvo’s been on a roll lately with the XC90 and S90/V90 sedans and wagons, which through elegant and distinctive designs and innovative powertrains have not only helped at solidifying its brand image, but also justify the high sales prices associated with the Volvo nameplate.

The XC60 aims at continuing this steady momentum, but for Volvo, the compact crossover is more than just a new, pretty face in an over competitive segment. It’s the bread and butter it needs if it wishes to remain competitive for the years to come. 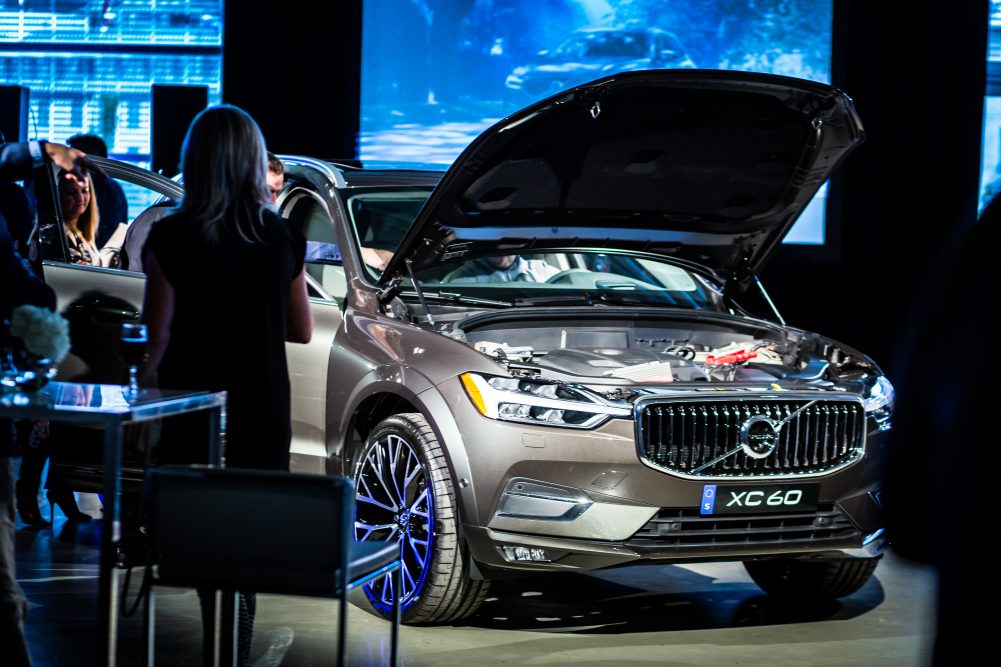 Volvo Canada invited me and other automotive journalists, as well as its dealership network for the Canadian unveiling of the 2018 XC60 in Montréal. The presentation opened up with Volvo’s all new advertisement campaign for the vehicle which, of course, focused primarily on safety, but also on women and young families, who, according to Volvo, have been the last generation XC60’s main consumers. 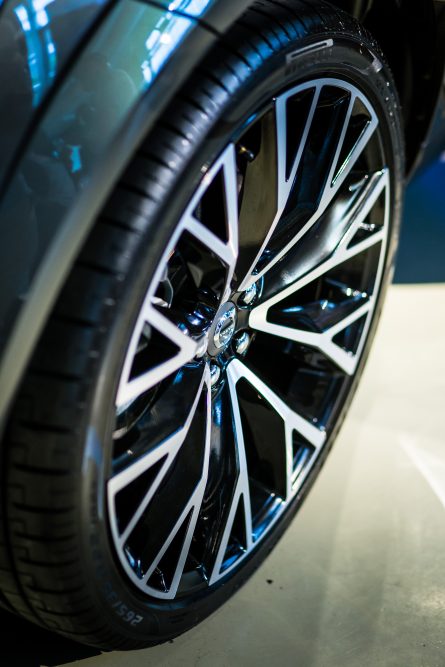 That last model, sold from 2009 to 2016 was a sales success for Volvo with over 150,000 units sold in North America during its production run. Those are good numbers, but the reality is that Audi sold almost twice that amount of Q5’s in the same amount of time. Volvo hopes this all new and radically redesigned XC60 will change that. The strategy definitely worked for the XC90. 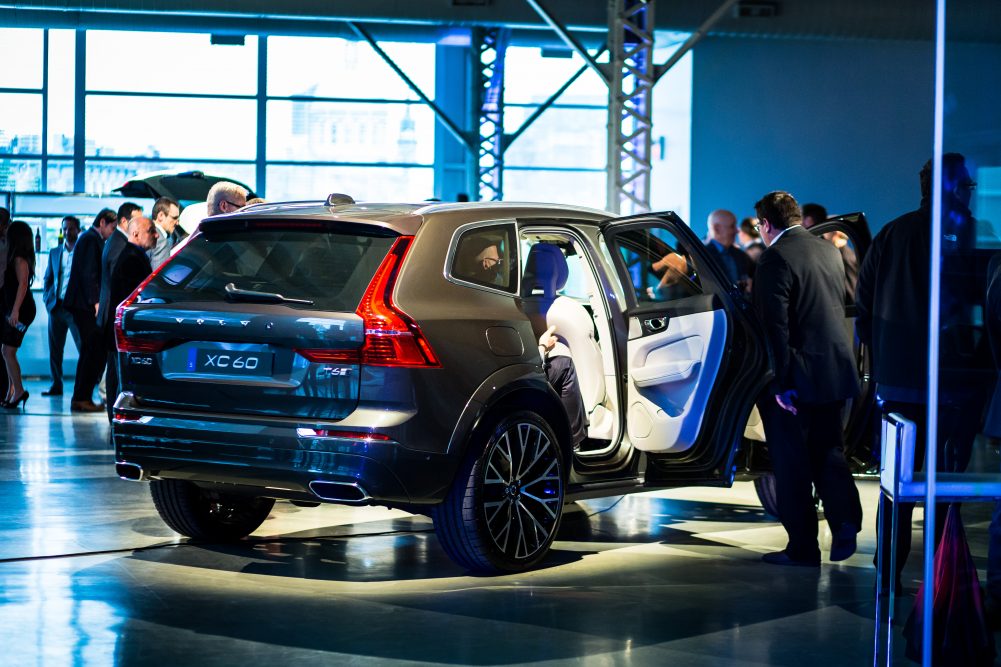 And like the XC90, the XC60 inherits Volvo’s corporate front end, the one with the Thor’s Hammer LED headlights and prominent Volvo grille. This really is a baby XC90, but with slightly shorter overhangs and a generally sportier demeanor. In typical Volvo fashion, the XC60 looks absolutely gorgeous.

Ready For The Future 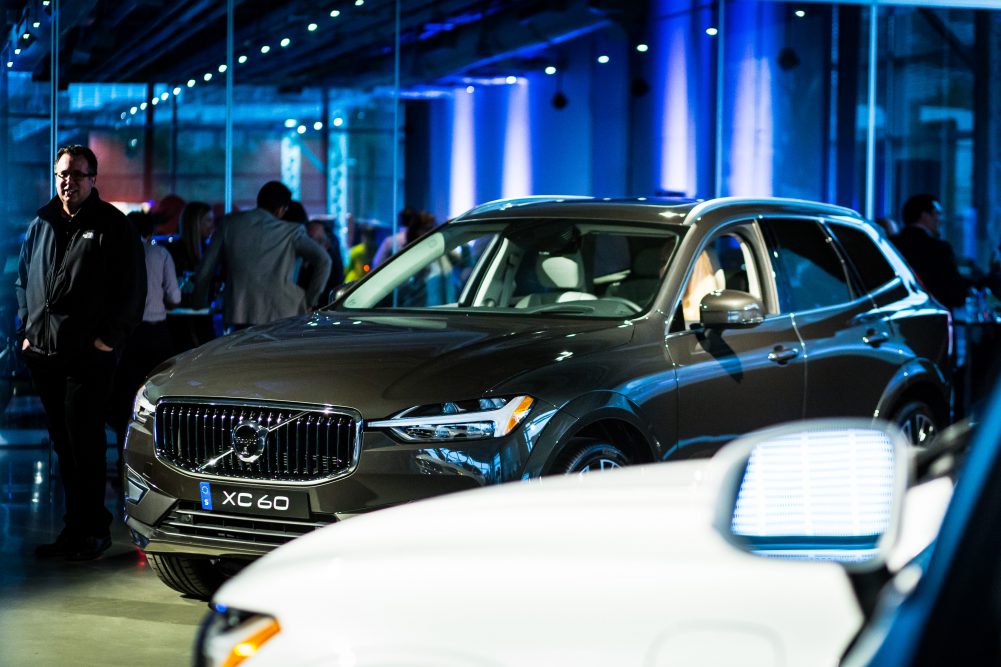 The 2018 Volvo XC60 will be built on a smaller version of Volvo’s Scalable Product Architecture (SPA), modular platform, similar to what underpins the 90 cluster cars and trucks. Not only can this platform be adapted to suit different types of vehicles, like – ahem – a new S60 -the platform was also designed to incorporate next-generation electrification, connectivity and safety technologies as they become available.

As long as the Volvo XC60 promises similar driving dynamics as the XC90 and S90, it should do well in this segment. 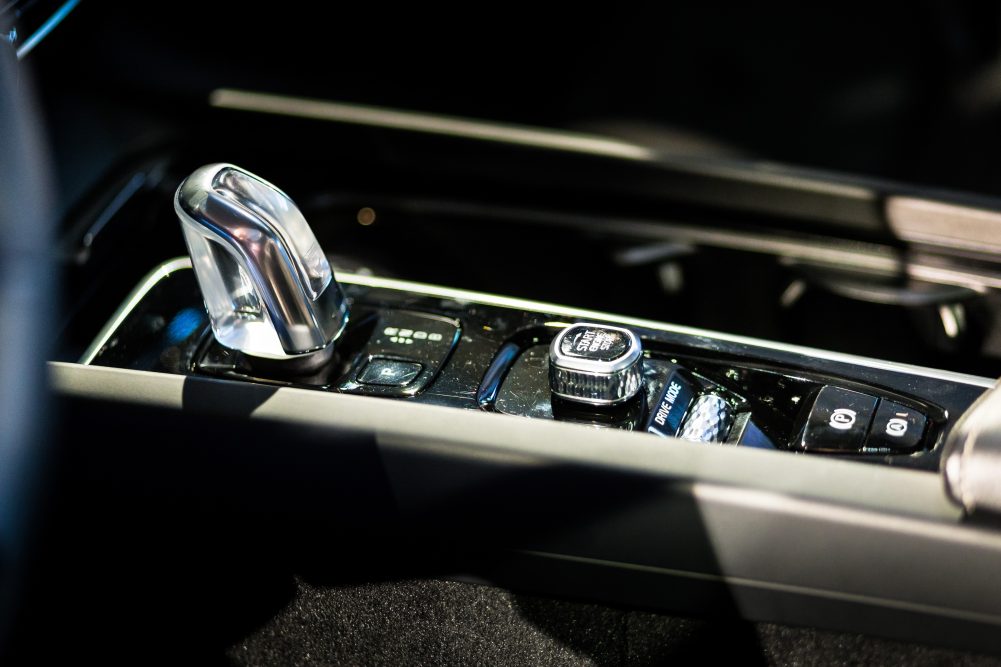 Attention to detail and craftsmanship remain a Volvo strongpoint, and the XC60’s interior doesn’t disappoint. More importantly, the quality wasn’t “toned down” in comparison to its pricier, larger SUV brother. Like in the XC90, Inscription XC60 models feature hand-finished ‘drift wood’ interior inlays and diamond-cut rotary control knobs. A subtle little Swedish flag emblem is embedded in the dashboard to cover up a weld spot.

It’s all clean, modern and fresh. This is Scandinavian design at its finest. 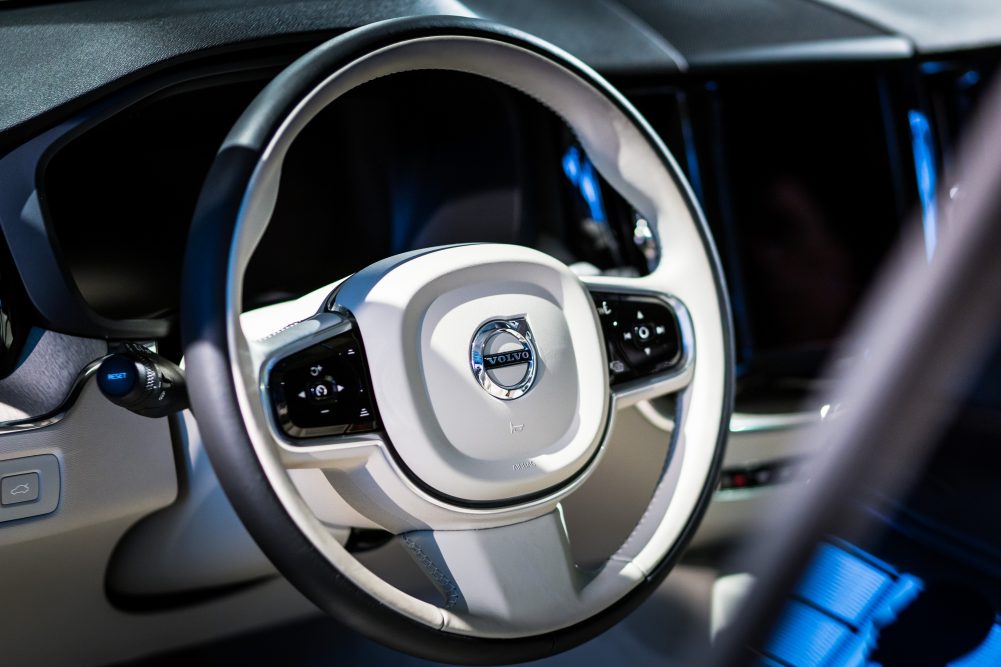 But the most compelling feature of the 2018 XC60, for me at least, is its choice of available powertrains. They’re essentially the same ones found in its larger brother, but in a lighter, smaller body. Three trim levels are available: Momentum, R-Design, and Inscription.  The one engine the Xc90 doesn’t get though is the T5, that’s the one that will power entry level XC60’s.  That one, a 2.0-liter turbo four, is good for a claimed 250 horsepower and 258 lb-ft of torque. Consumers will then be able to upgrade to the now famous T6 turbo and supercharged 316-horsepower engine also found in the Polestar S60/V60 and S90/V90 sedan and wagon. 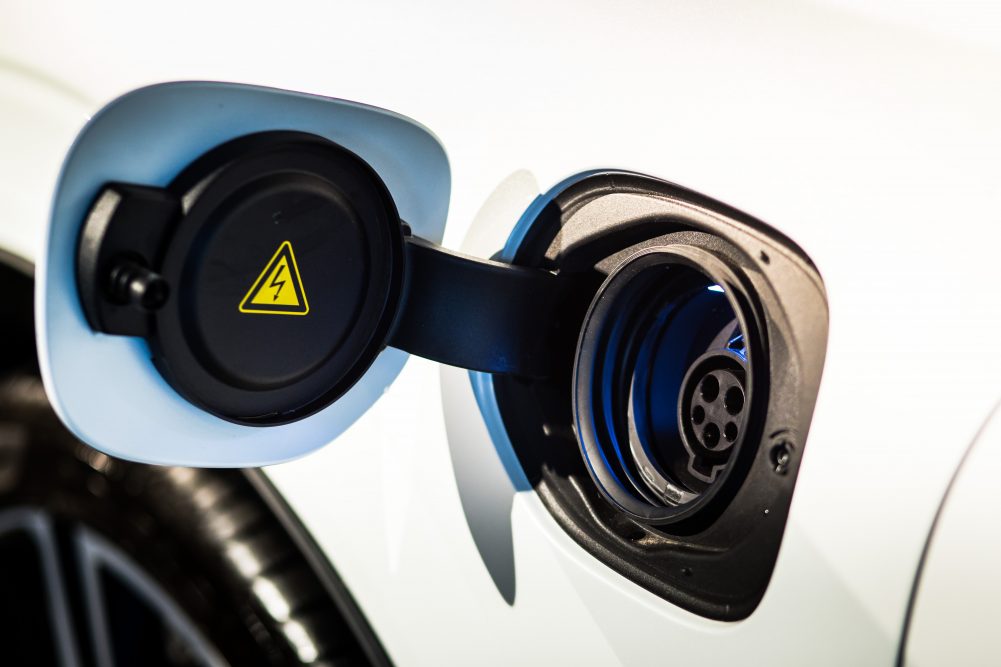 The real big news is that the 400-horsepower T8 plug-in hybrid powerplant will make its way into Volvo’s new baby crossover. Now that should be a properly quick and green little trucklet. And get this: Volvo just announced an even more powerful, 421-horsepower, Polestar-modified version of that vehicle will make its way to the lineup sometime next year. 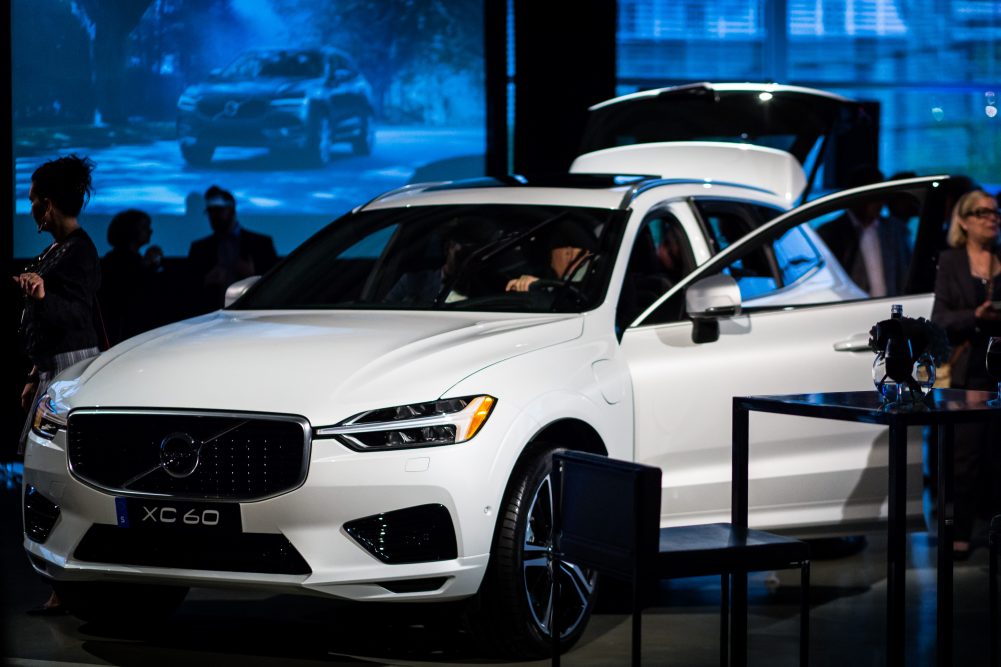 Ever since Volvo announced it would go full electric and hybrid by 2019, the brand’s lineup not only looks more exciting than ever, but we’re also all curious to find out how the Swedish carmaker will propel us consumers into a future of clean, sustainable transportation all while remaining true to its Scandinavian roots. The 2018 Volvo XC60 will be available in Canadian showrooms as early as next August at an entry price of $45,900. Top flight Inscription T8 models will sell for $69,550.