2020 Kia Soul Is More Boring But Still Worth It 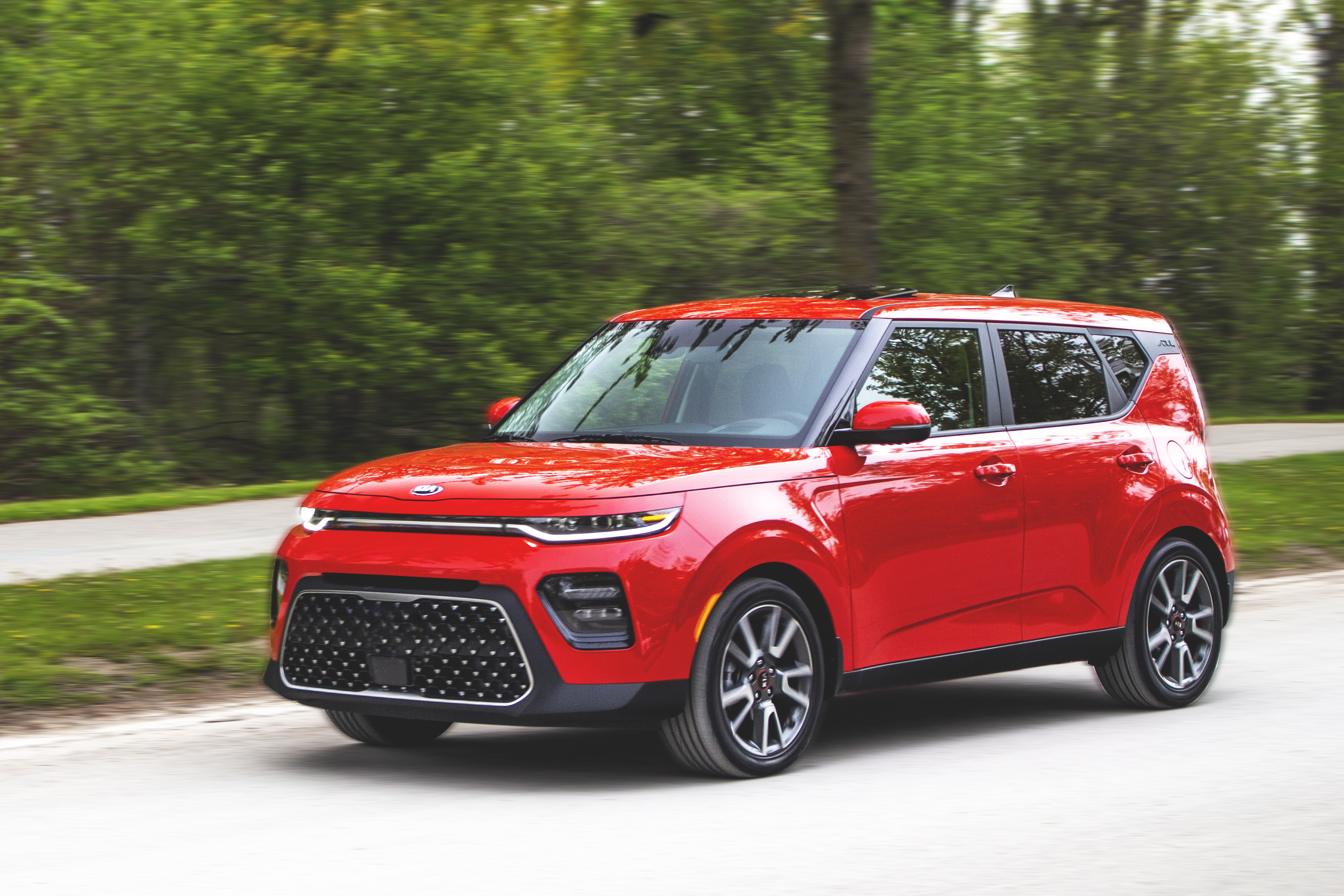 The 2020 Kia Soul loses its manual gearbox in favor of a CVT, and there’s no more turbocharged engine for Canada. That’s a big party pooper, now isn’t it? While the Soul was never an enthusiast’s choice, the little box on wheels did have enough quirks injected into it for it to be a fun little urban runabout. By removing the elements that made it different than all the other tiny crossovers out there, did Kia make it less of an interesting car? Not exactly. 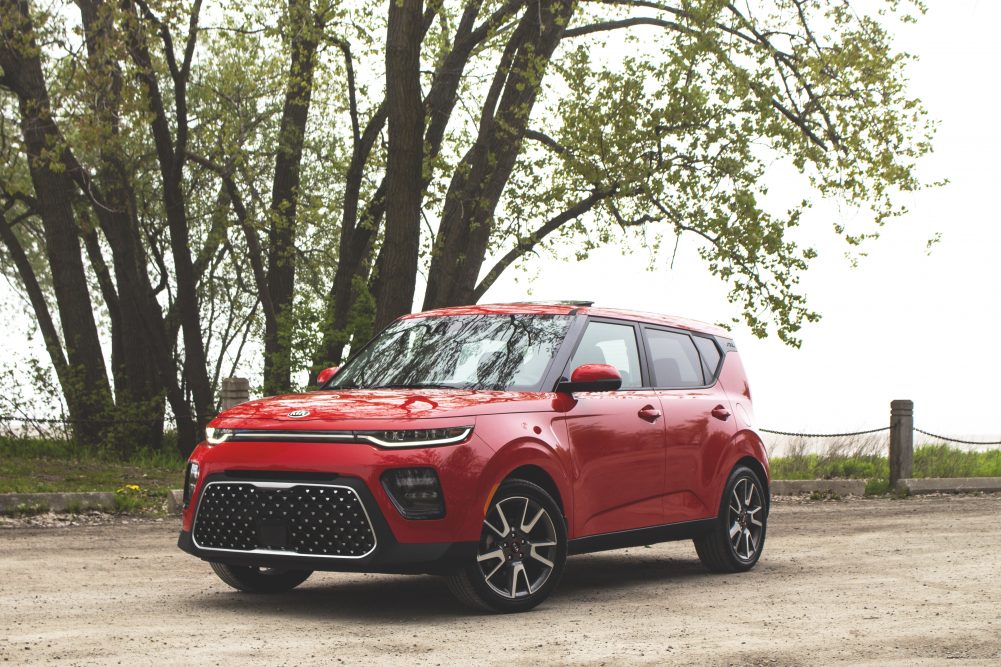 You have to give credit to Kia; it’s the only carmaker that managed to commercialize a cubic vehicle that survived three generations. Think about it: Honda Element, gone. Nissan Cube, gone. Scion XB, also gone. Yet the little Kia is still here, selling strong, with over a million units sold in North America since its birth.

For 2020, Kia simplified the drivetrain, but also crammed it with even more value. The Soul is dirt cheap, kicking off at around $22,000 and not exceeding 30 grand, even in its top-shelf GT Limited trim. That one gets a set of 18-inch shoes and sporty body kits to make it look all boy racerish, and you know what? It doesn’t look all that bad. 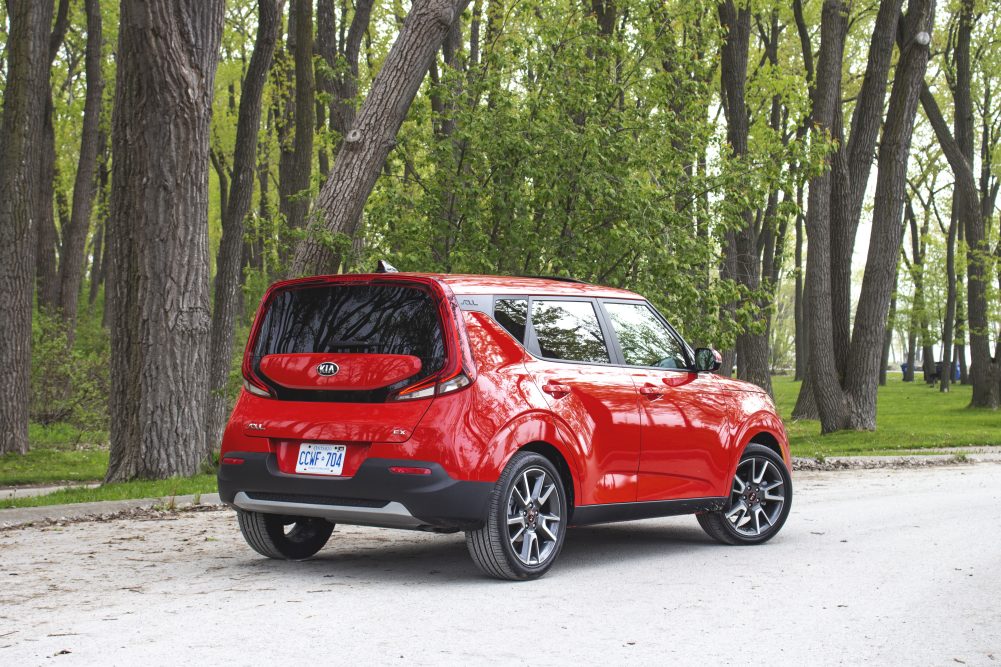 Also, when you opt for the top trim levels you get a plethora of options, from leather seats, to a heated steering wheel and even fancy safety tech like lane keep assist you normally get on more expensive cars. I personally dig the EX+ model which stays under $25,000 all while being quite loaded. 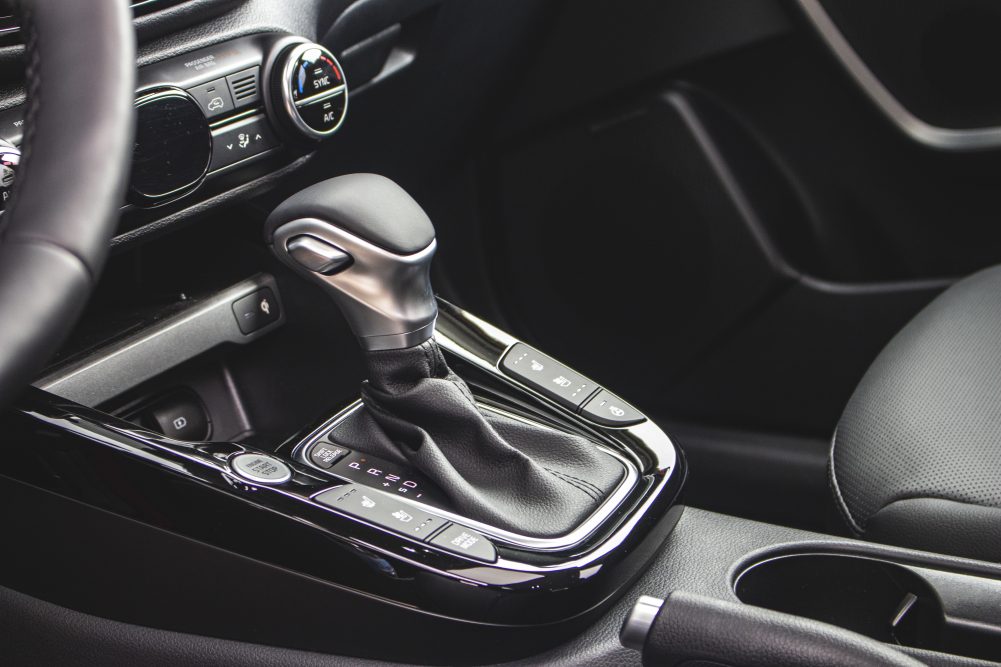 So the only engine we get in Canada is a naturally aspirated 2.0-liter four. That’s because none of you wanted the turbo engine, nor the stick, which sucks, because our American friends still get forced induction. What we get for our unwillingness to have fun is 147 horsepower and 132 lb-ft of torque and a lame gearbox Kia calls IVT. 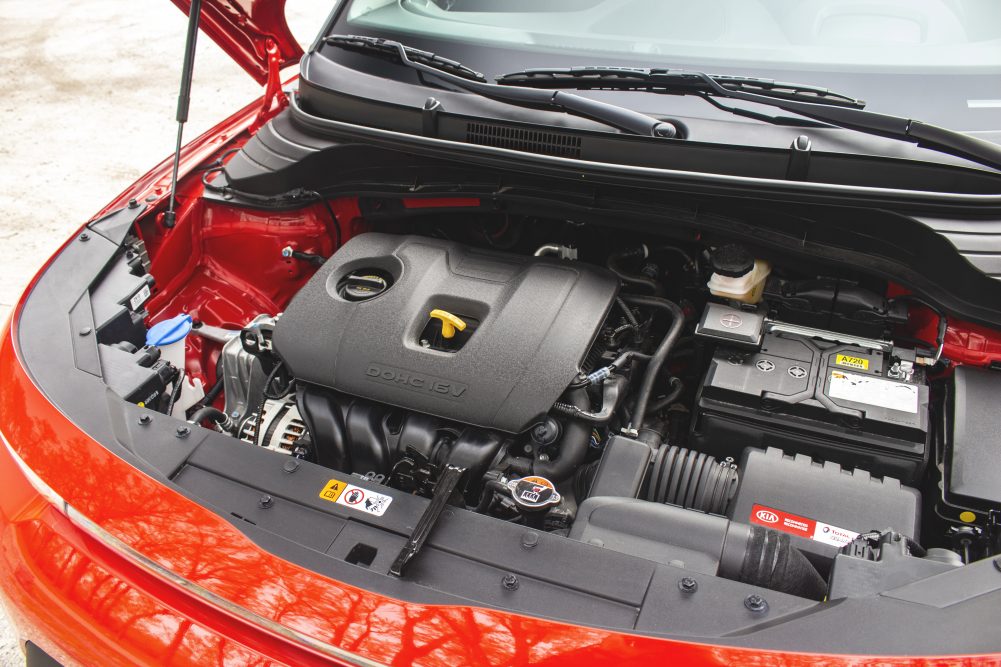 However, there is an electric version of the 2020 Kia Soul, called the Soul EV. That one is interesting as it comes with a choice of two available batteries of either 39.2 or 64 kWh, varying between 276 and 400 km of range. The only problem with the Soul EV is that it sells for twice the price of a standard Kia Soul, which kind of defies its purpose. The one with the smaller battery does however get $13,000 in total government rebates here in Québec, so there’s that. 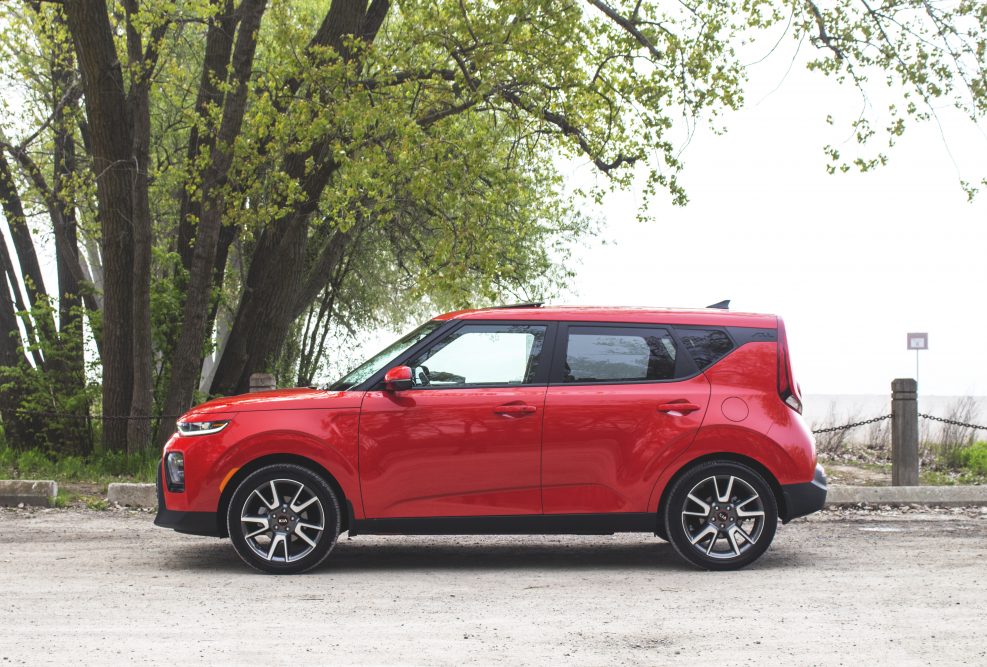 I respect any automobile that’s cheap and that has utility. That’s exactly what you’re getting with the 2020 Kia Soul. But you’re actually getting a bit more than a little box to cram your gear in. There’s clever engineering behind it. Sure, it’s not fast at all, don’t expect any sort of hair-rising performance here, and the CVT sucks any kind of power the tiny engine doesn’t make, but it at least has a linear power delivery with ample low-end torque and spirited handling. 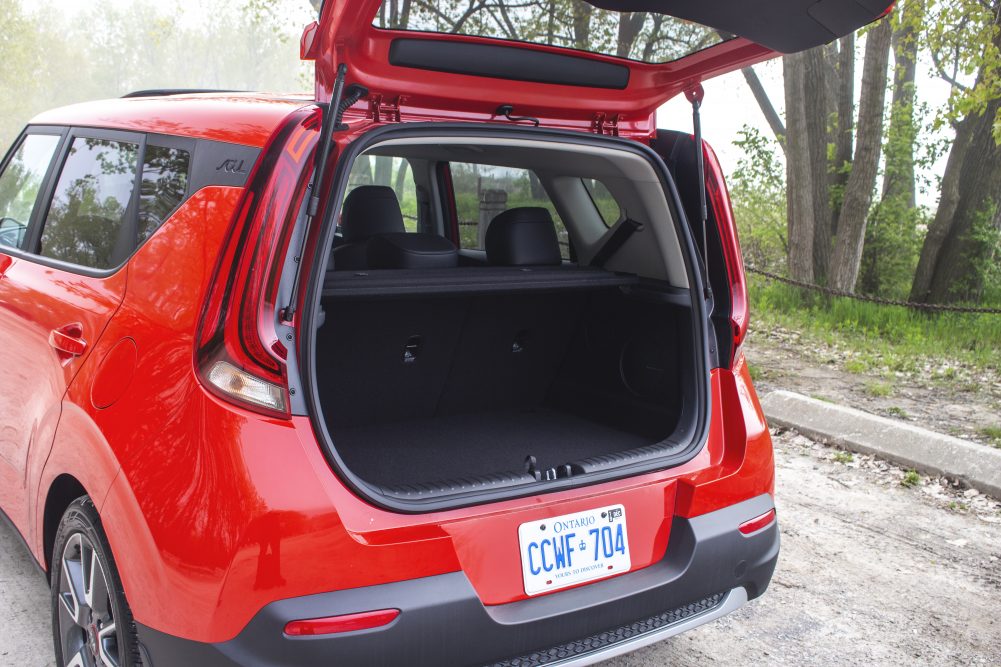 The reason the Soul is now fun to drive is because Kia now has a dude called Albert Biermann within its company. Because he used to work at BMW calibrating M cars, Kia is (probably) paying him a shit-high salary to tune all Kia, Hyundai, and Genesis cars and SUV’s. And with the Soul, he did a bang-up solid job. 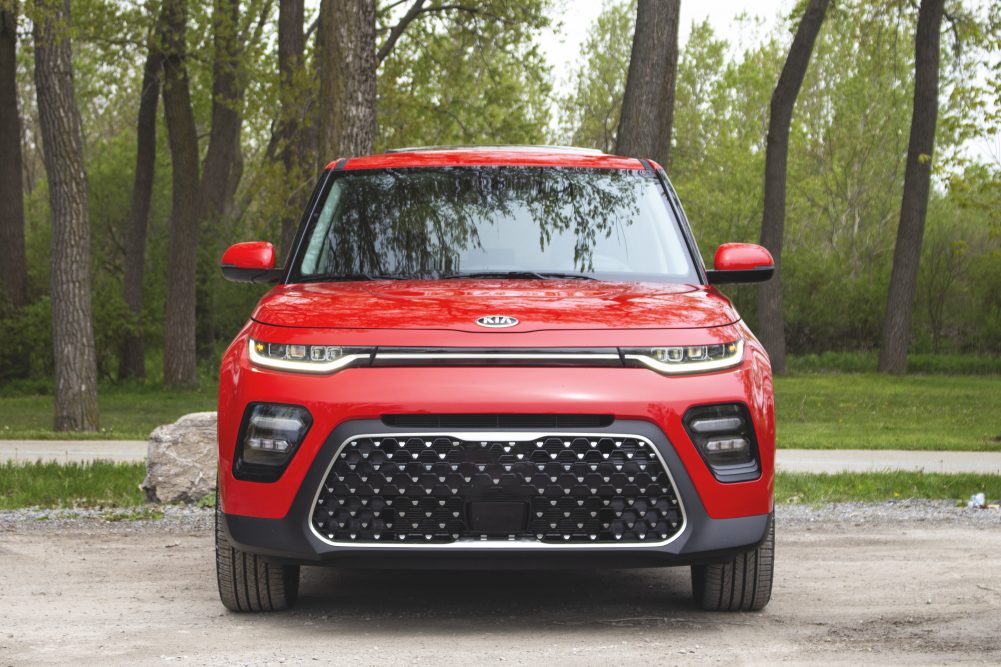 Now, don’t expect to tackle on a canyon road with your Soul, but it’ll happily take on a highway offramp head on without flinching. It’s nice and mature now, with composed and predictive handling, contrary to the last generation car which felt like the front and the rear were attached together using wax. I will say this though; cabin noise is still on the noisy side, especially at highway speeds, and the front seats are hard and lack support. 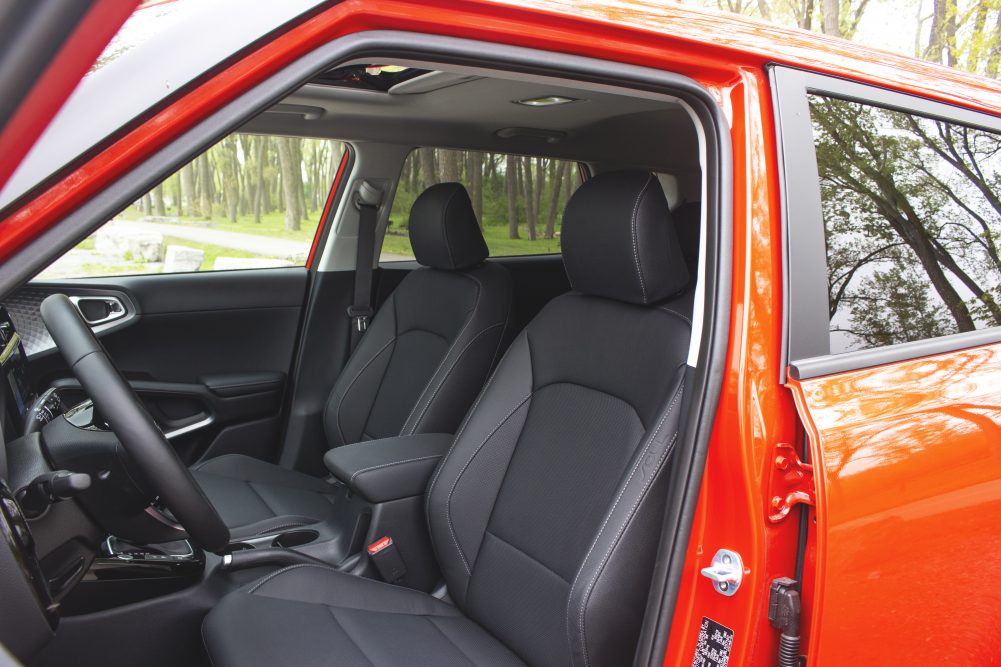 Speaking of seats, this thing is really spacious due to the high roof. Both front and rear occupants see plenty of leg and head room. Also, cargo space is enormous. There’s a fake floor back there that can be removed for increased trunk depth, and when you fold the rear seat down flat, the Soul will engulf up to 1,755 liters of your gear, which actually walks all over a Nissan Kicks, or a Toyota C-HR. Heck, the Soul is even more practical than a compact SUV like a Mazda CX-5. 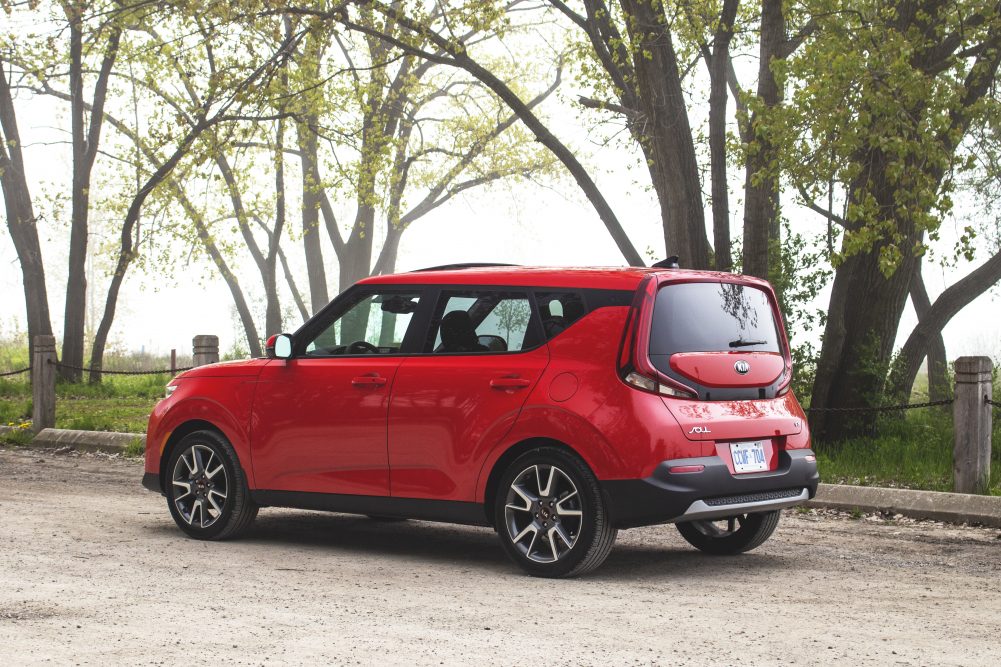 Then there’s the way the car looks which is nothing less than happy and joyful. I like cars that are happy. I personally wouldn’t opt for the snot green paintjob, but there’s enough color variety here to suit your preferences. The interior is nice and jolly as well. You can customize ambient lighting to your tastes and even activate themes. There’s a Party mode, which allows you to synchronize the ambiance to the beat of the available Harman Kardon sound system, which sounds totally gnarly. 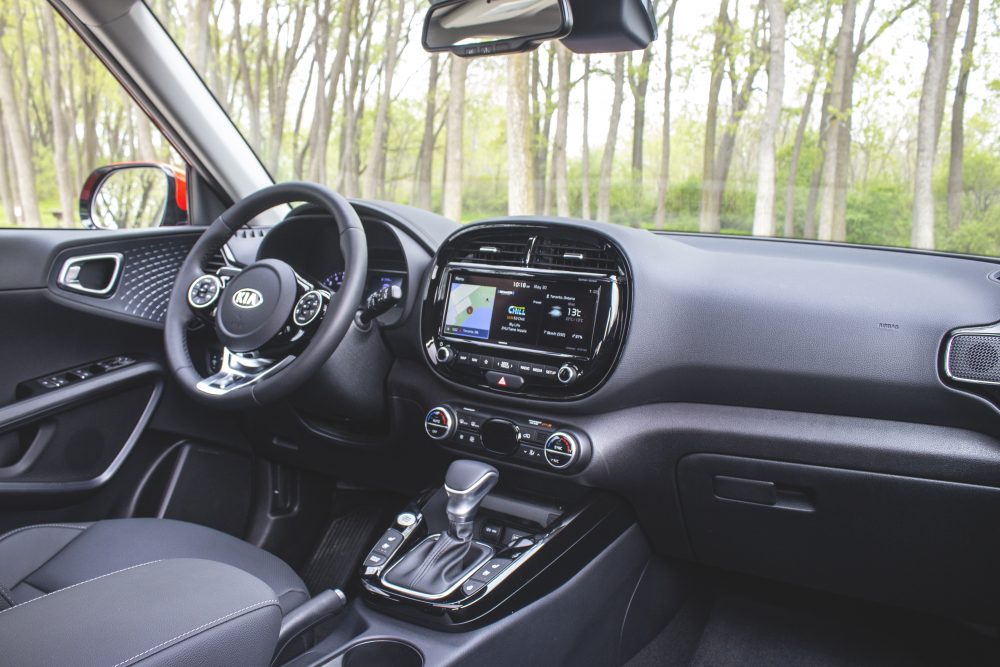 The Soul also gets a nicely updated infotainment system by way of a new 10.25-inch screen, available on EX Premium trims and higher. As with modern Kia products, it’s a simple, clear and downright easy to operate interface that’ll easily sync with Android Auto and Apple CarPlay. 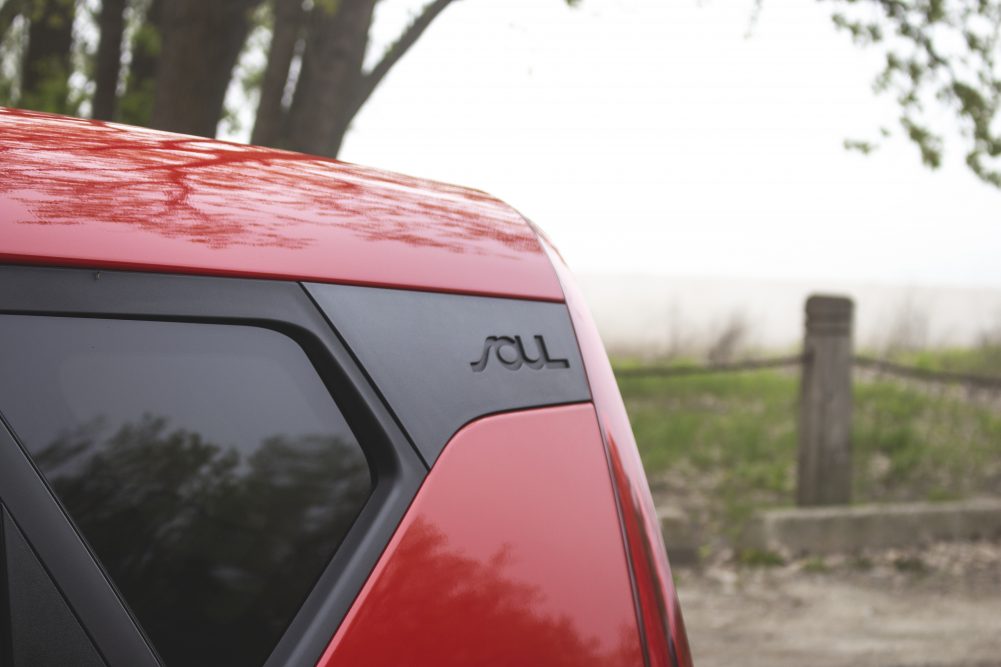 Reviewing a vehicle like the 2020 Kia Soul is a no-brainer, to be honest, because this thing has a lot going for it. Ten years ago, if you had I asked me what I thought of Kia, I would have told you to stay away from the brand like the plague. But today, I’m totally confident recommending one of their products, especially this one, since it’s cheap, great on gas (I stayed under 7L/100 km while I had it), and quite reliable too. Many of the first generation Souls are still on the road today and doing fine.

Simply put, for its third generation, the Soul may have lost some of its character due to a lame engine and a boring gearbox, but the vehicle itself remains a tremendous value, and wonderfully easy to live with on a daily basis.

Review of the 2020 Kia Soul by William Clavey
Subcompact Crossovers