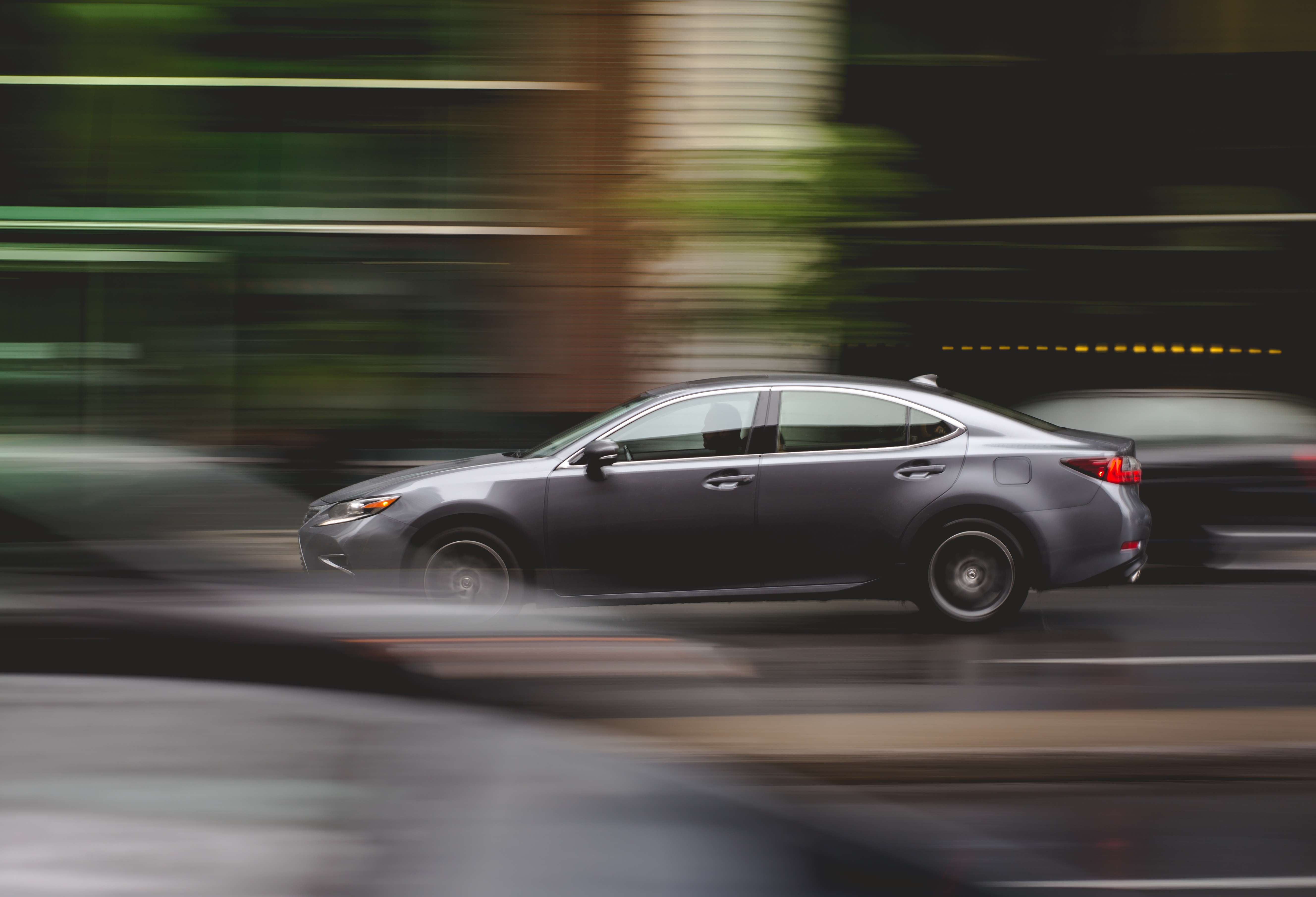 By now, it’s safe to say that Japanese luxury carmakers have succeeded at securing themselves a solid position within a segment that was once dominated by the Germans. Thanks to their unmatched levels of reliability, build quality, and value, the big three (Acura, Lexus, and Infiniti) have each earned themselves a formidable reputation among luxury car buyers.

But Lexus is really the brand that has had the most success at hitting the Germans where it really hurts. Lately, with models like the IS, GS, and RC; lest not forget the unmistakable LFA supercar, Lexus has learned to create a strong brand identity through distinctively bold styling, brand-exclusive drivetrains, and a fanatical, if not obsessive attention to detail. Today, Lexus cars and trucks no longer feel like pimped-up Toyotas. They feel like a Lexus.

Which brings me to the ES 350. Sitting somewhere between the IS and GS sports sedans, two cars that are both exclusive to the Lexus nameplate, the ES remains the only sedan in the Lexus lineup to still be entirely built on a front-wheel drive Toyota platform. Does that prevent it from being a real Lexus? Not at all. In fact, after spending an entire week driving one, I’d be hard pressed to find anything in this price range that offers this much comfort, craftsmanship, and luxury. 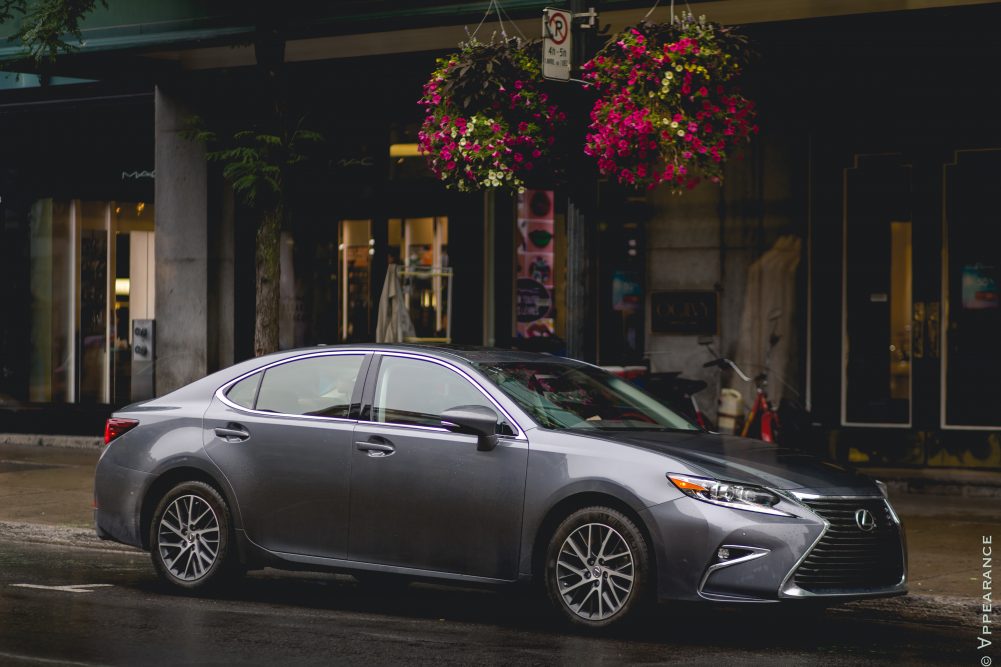 If you wonder why the ES 350 looks so familiar, that’s because it’s built on the same platform as the Toyota Avalon. Where past ES models used the Camry’s underpinnings, this 6th generation ES, released in 2013, now benefits from the Avalon’s longer full-size wheelbase. This not only radically improves rear seat leg room, making it one of the most spacious in the segment, but also finally gives this ES the dominant presence it deserves. 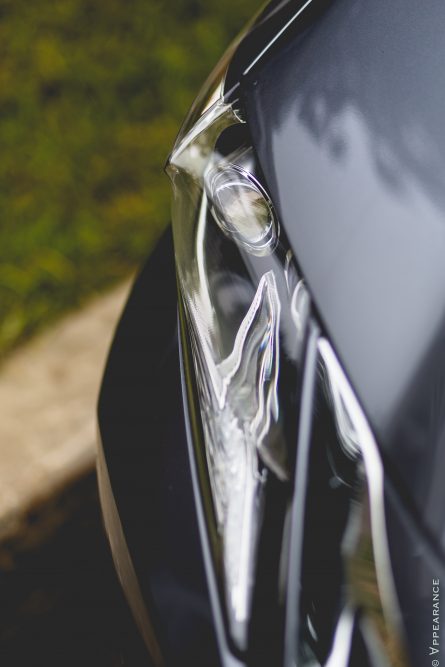 For 2016, not much has changed. Styling-wise, minor tweaks have been made to the exterior to help the ES stay in tune with the brand’s now standard “predator-like” design language. There’s a larger spindle grille up front, accentuated by redesigned LED daylight running lights as well as a more aggressive front bumper. The rear has also been revised to give the ES a wider and more upscale appearance. The updates do indeed help this luxury sedan differentiate itself from its Toyota brethren, but the ES unfortunately still looks too much like a Toyota for my tastes. Park it next to a Camry, and you’ll have a heck of a hard time telling the difference between the two, especially with the awful wheels Lexus has fitted the car in base and Touring trim levels. 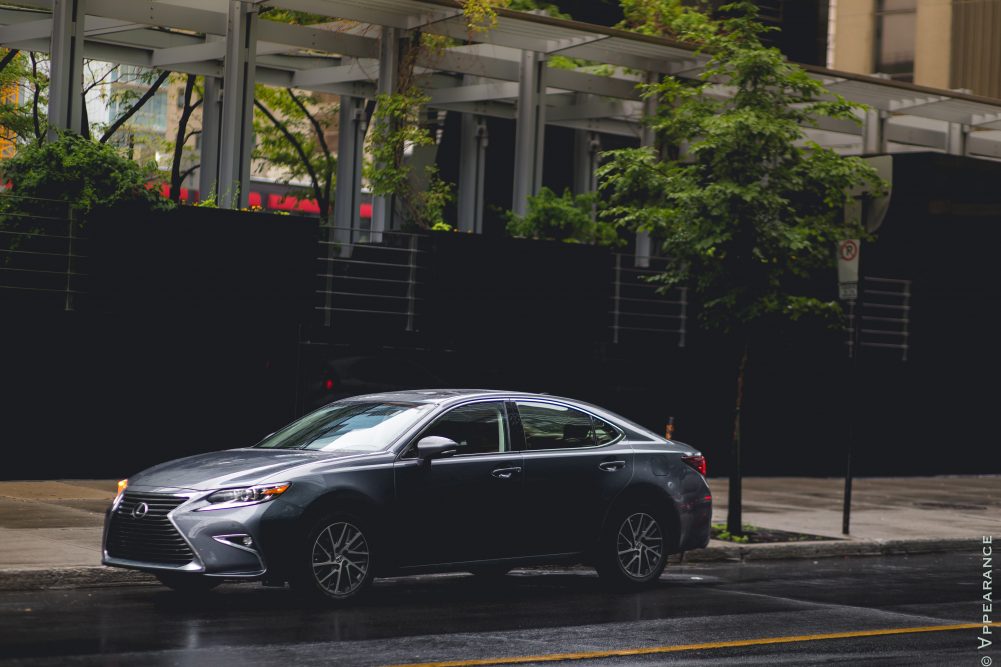 But the ES 350 has never been about attracting attention, nor setting lap time records at the Nurburgring.  This car exists above all to be comfortable, plushy, and quiet; qualities it masters like a champ.

Step inside a 2016 Lexus ES 350, and you’re immediately greeted to sumptuous leather seats that offer more lumbar support than a therapeutic chair. Look around you, and your senses immediately go berserk from smelling genuine cow hides, touching perfectly veneered wood grains, and gazing at an interior so attractive, you’ll probably want to sell your house. I must confess, I’m a huge fan of recent Lexus interiors, but after spending some quality seat time in one, I can confidently say they’ve reached unparalleled levels of refinement and sophistication.  This is, without a single doubt in my mind, the best interior offered in any automobile of this price range

I mean look at. 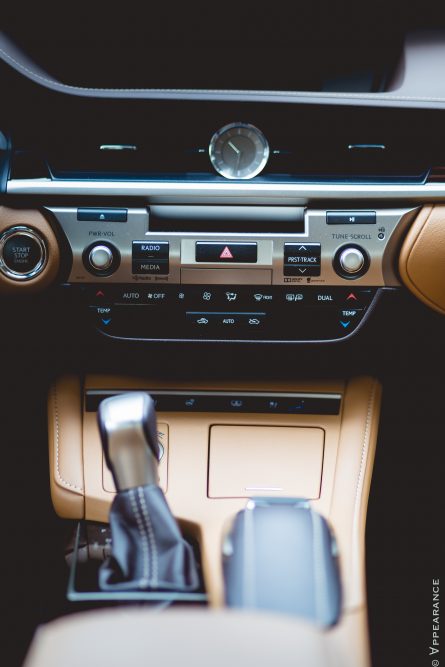 My tester, thanks to its two-tone brown on tan interior, was a particularly exquisite example. There is leather literally everywhere, with wood grain inserts in the doors, centre console, and steering wheel. And then, there’s the ludicrous attention to detail. From the fine stitching that spans the dashboard, to the ergonomically exquisite controls that feel like they were stolen from a learjet, everything inside the ES 350’s cabin looks and feels like an expensive watch. Most importantly, it all operates flawlessly, and feels like it will last forever – which it probably will, because  Lexus ranks among the most reliable car brands according to Consumer Reports. 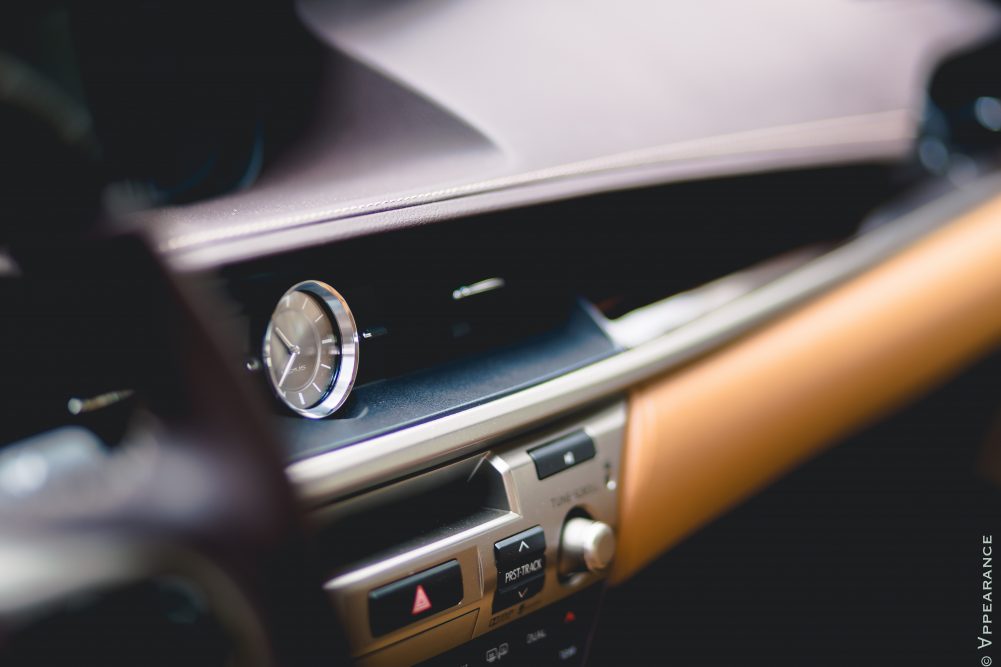 And the fine details go on and on. Raise a window, and you actually hear the electric motor automatically reducing its speed as it approaches the top of the door. Turn a dial on the sound system, and it feels like you’re cranking back a mechanical clock. Rest your hand on the mouse located on the centre console; because yes, there’s actually a mouse to control the infotainment system, and its voluptuous sensitivity will make you want to get rid of your Playstation game console.

Everything in the ES is buttery smooth, over-engineered, and designed to make you forget about the exterior world. This isn’t a car, it’s a shrink on wheels. 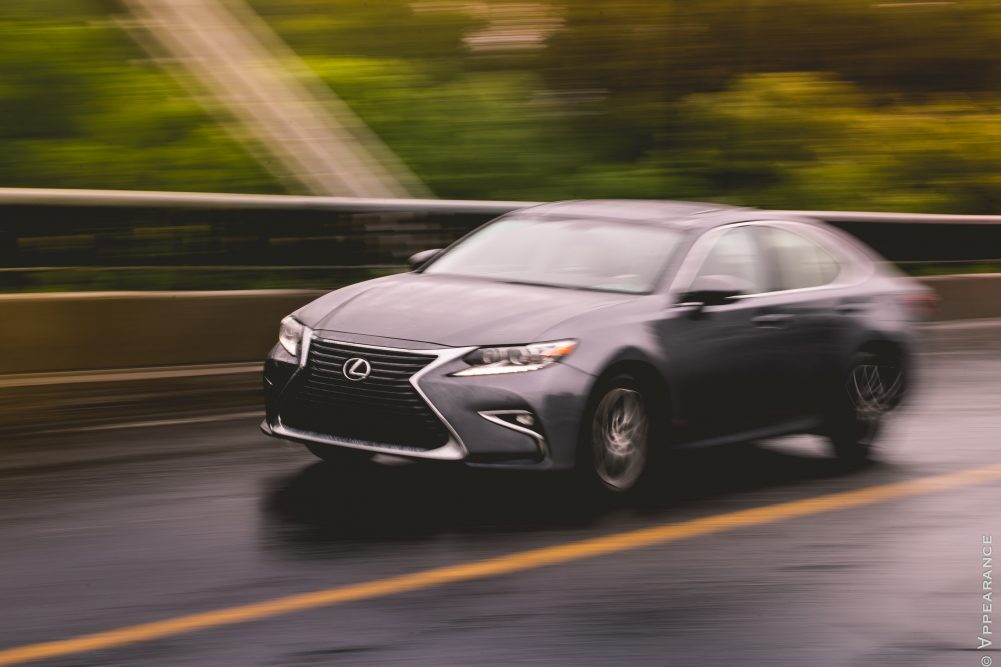 On the road, the feeling of creaminess is carried over thanks to a soft and compliant suspension that does, once again, an exquisite job at absorbing road imperfections. There’s nothing sporty about the way the ES handles. It wallows about when you attempt to enter a corner too fast, quickly revealing its weight and size and defaulting to solid understeer the moment you push it too hard. This is by no means a driver’s car.

And you get a sense that this is precisely what Lexus intended this car to be. 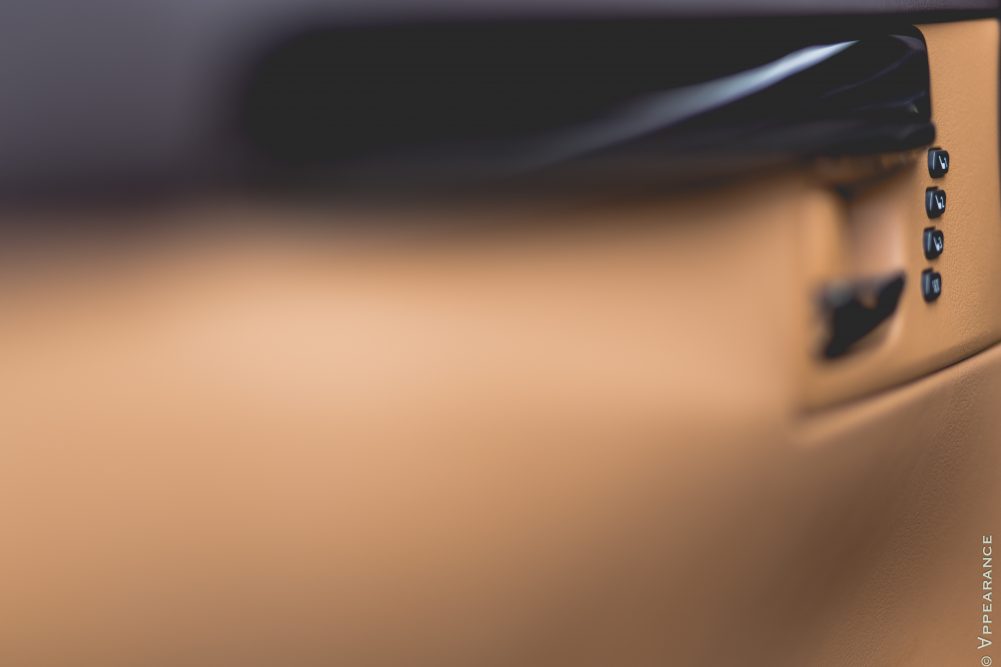 Because the ES 350 is an honest car. It doesn’t try to be something it’s not. Most importantly, it doesn’t try to be German. Where most luxury carmakers claim to be selling a “genuine sports sedan”, when in fact, they’re not; the ES doesn’t lure you in with false performance claims or value-less lap times. It simply wants you to arrive at point B less stressed out then when you left point A. 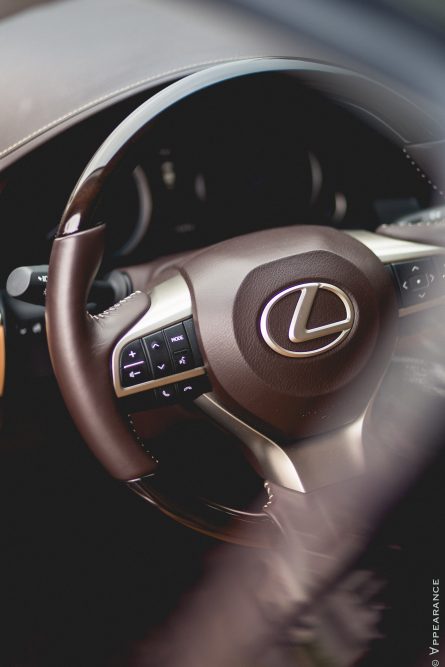 Because I’m the first that wants to see what kind of guts lies underneath the hood of a car. Even when I’m driving a 130-hp Nissan Sentra, I instantly want to know how it makes me feel behind the wheel. But when driving the ES, suddenly, none of that matters. Yes, the ES 350 has a Sport mode, and yes, you can remove traction control. But it doesn’t really do much except slightly sharpening up throttle response and steering feel. In fact, the change is so minimal, that you wonder why Lexus even added this option in the first place.

Under the hood of the 2016 Lexus ES 350 is the now familiar and proven 3.5L V6. In this application, it’s good for a more-than-enough 268 hp and 248 lb-ft of torque; power which makes its way to the front wheels via a conventional and velvety smooth 6-speed automatic transmission. 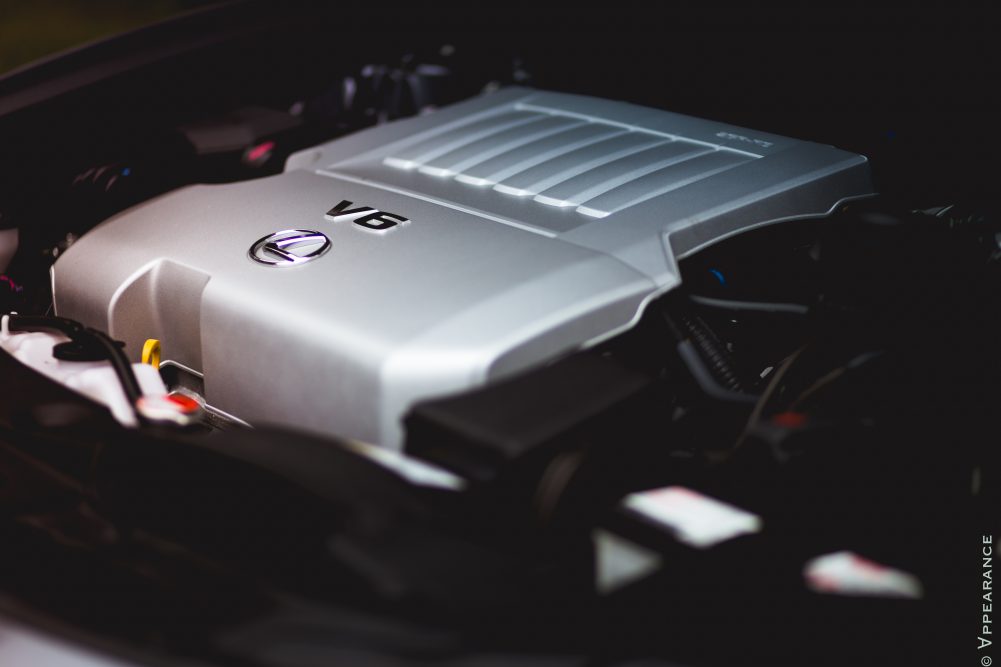 Unfortunately, it’s not the most fuel efficient V6 I’ve tested. Even with the car’s Eco setting turned on, my best consumption average was 10.7 L/100 km.

Punch the accelerator with traction control off, and you’ll get traditional FWD wheel hop, with a brisk shove of acceleration as you’re comfortably pushed back into your seat. It’s surprisingly quick off its feet, and the transmission does a good enough job of putting the power down.  Yet, as you’re ripping through the gears of this ultra-plush luxo-barge, seeing the speedometer climb seamlessly into three-digit speeds, you suddenly remove your foot off the accelerator and realize Lexus engineers didn’t design this car for you to drive like a hooligan. They designed it for you to sit back and relax.

Think of the power of the ES 350 as a way to swiftly pass somebody on the freeway, or getting somewhere faster than usual. Sure, it’ll put down a 0-100 km/h time of under 6 seconds, and it’ll have no problem keeping up with a BMW 328i, but who cares when you’ve got ventilated seats right?

The Most Luxury for 45k 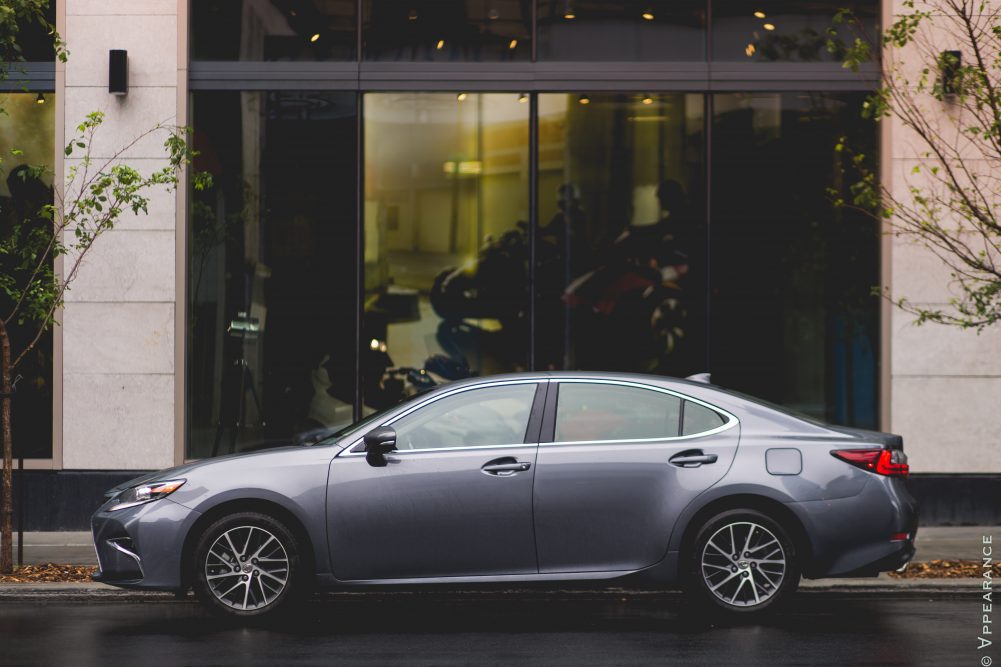 And that’s kind of where the Lexus ES 350 becomes a somewhat double-edged sword. In an effort at building one of the smoothest cars in the segment, Lexus has completely removed any sort of driving feel from the car. And in this segment, although luxury is key, buyers do still expect to find a sports car to be hidden under the tux; something the ES fails to deliver.

But then, the ES is quite a luxury bargain isn’t it? Prices for a 2016 Lexus ES 350 range between $44 040 and $55 040 for the full-spec’d Executive model. My tester, the Touring model, sells for $48 740. Touring basically adds more wood grain, more leather everywhere, safety tech like cross-traffic monitoring, a blind spot monitor, as well as a rear sunvisor. To my surprise, my ES did not come equipped with features that were standard in the Toyota Prius I tested like adaptive cruise control, a collision mitigation system with automatic braking, and automatic parallel park assist. Sadly, buyers who desire these now expected safety features must opt for the Executive package. 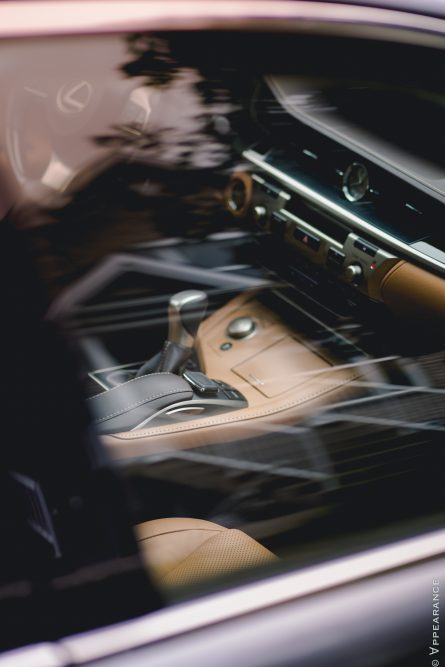 And that doesn’t really make much sense considering they’re standard in a Prius.

That being said, there’s still no denying the fact that in the mid $40 000 price range, no other car comes close to the ES 350’s high level of refinement, build quality, attention to detail, and insane luxury. If you’re in the market for a sportier offering in the same price bracket, I’d lean towards an Acura TLX, Infiniti Q50, or even a Cadillac ATS. 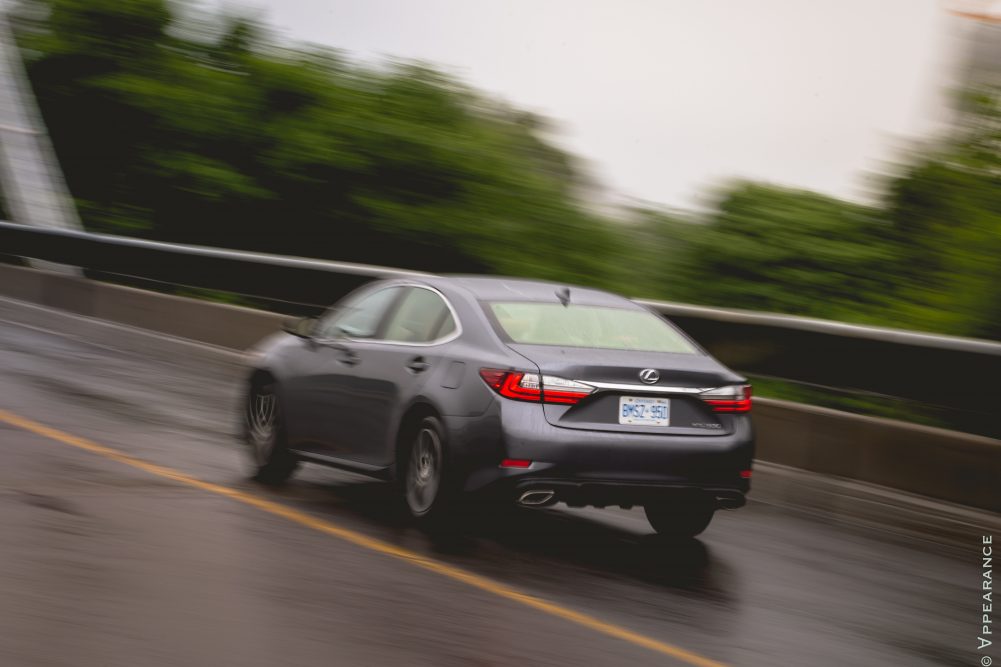 In conclusion, if you’ve got 45k to spend on a car and you favor comfort and luxury over performance, the 2016 Lexus ES 350 will definitely have you served. It’s way less expensive than anything Mercedes-Benz or BMW will sell you of this size, and don’t forget that a Lexus will cost you a lot less in maintenance. Simply put, while the IS and GS take care of battling the Germans in the numbers war, the ES sits comfortably in the background, fulfilling its duty as the spacious and quiet luxury cruiser designed for those who prefer staying at home, rather than going out for a drive.

+
+ One of the most attractive and comfortable interiors in the segment.
+ Impressive build quality and attention to detail.
+ Surprisingly spirited V6 engine.

–
– No driving feel whatsover.
– Still looks like a luxed up Camry.
– V6 engine not exactly frugal at the pump.