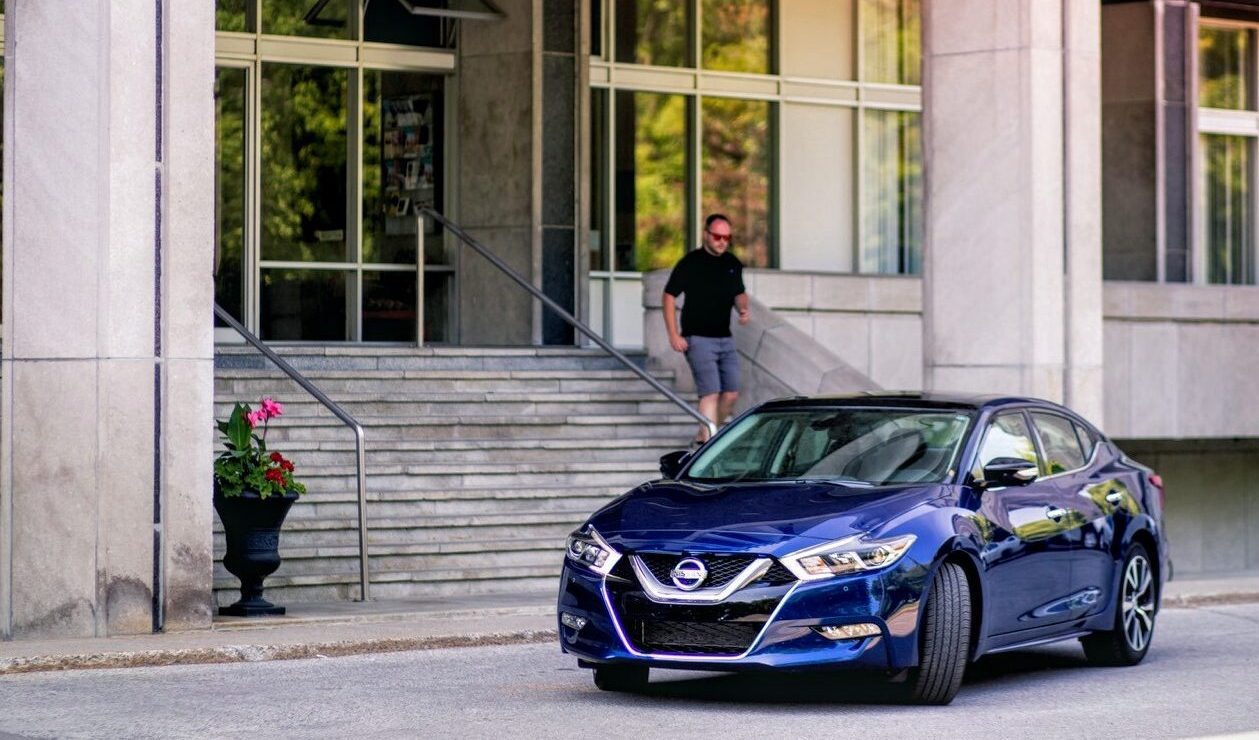 The Nissan Maxima is a car that I have always had massive respect for. Growing up in the 90’s, I’d admire Nissan’s big square sedan as an impressive sleeper that would pack proper V6 power underneath an unassuming shape.

Plus, on most occasions, the Maxima would share mechanical components with Nissan’s Z cars, leading to a sedan that was a lot more athletic than it needed to be. And that was plain cool.

Unfortunately, the latest versions of Nissan’s big boy sedan had become a bit too mainstream to be considered anything sporty. As it grew longer, fatter and uglier, the Maxima quickly got out-shadowed by Infiniti’s entry-level sports sedans. Even Nissan’s own Altima made more sense than its bigger sister, since it was more affordable and, in some iterations, offered more performance and more attractive styling.

So, in an attempt to make the Maxima nameplate matter again, Nissan has given their big brash sedan a thorough redo for 2016, both aesthetically and mechanically. And I must say, I am truly impressed with this one. But one question remains: has Nissan succeeded at resurrecting the iconic four-door sports car we fell in love with over 20 years ago?

It Sure Looks Stunning 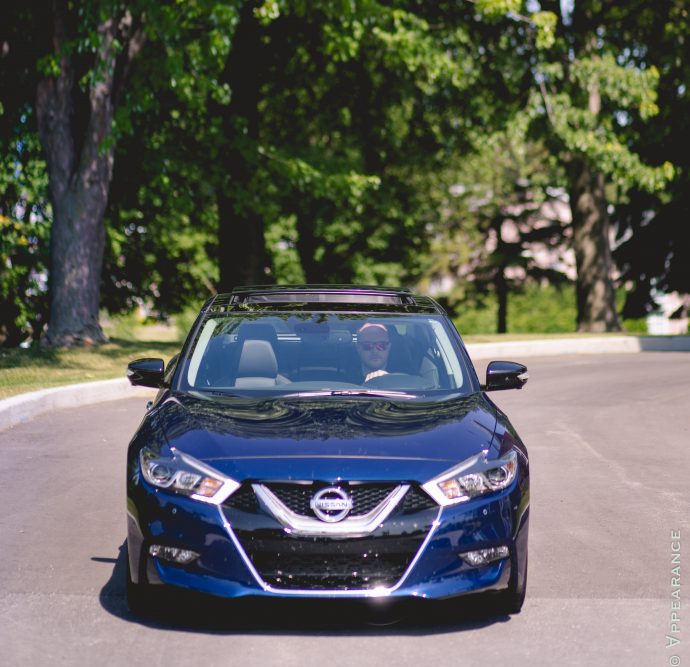 Say what you will about the 2016 Maxima’s audacious styling; personally, I think Nissan nailed it. As I mentioned in my review of the 2016 Sentra, I’m a big fan of the brand’s new corporate design language. But unlike the Sentra, which seems to have had new design bits tacked on to it in a rushed attempt to outsell Civics and Corollas, the Maxima is the car that started it all, and trickles down to the rest of the lineup.

And why not, right?

Because the Maxima has always been Nissan’s flagship; the epitome of the brand, the flame bearer for an entire carmaker’s future – it deserves to get all the goods. Just look at this thing. It looks aggressive, especially from the front as it’s coming down the road. It’s a respectfully modern design, with a sleek profile and a powerful presence that commands respect. 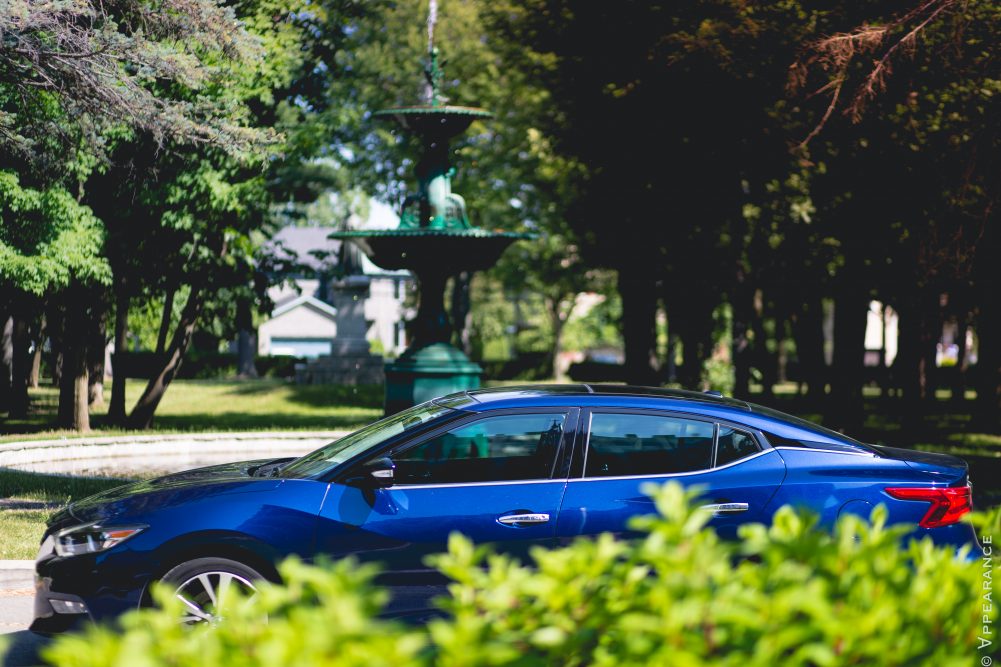 This is without question a massive car, but Nissan isn’t using the Maxima’s size to sell interior space. Instead, it uses it to accentuate the already flamboyant design, precisely what the Maxima needs to get attention. Because Nissan already has the Altima to compete against the Honda Accord and Toyota Camry. It takes care of stuff like interior space, cargo room, safety and all other shenanigans midsize sedan buyers look for.

But the Maxima is free from all of that. Sure we could put it against other full-size sedans such as a Ford Taurus, Chrysler 300, or Toyota Avalon, but the Maxima seems to be in a class apart. Like the GT-R supercar, the Maxima exists not to compete against other sedans, but as a bold statement from Nissan; a monolith, if you will, of the brand’s past, present, and future achievements. 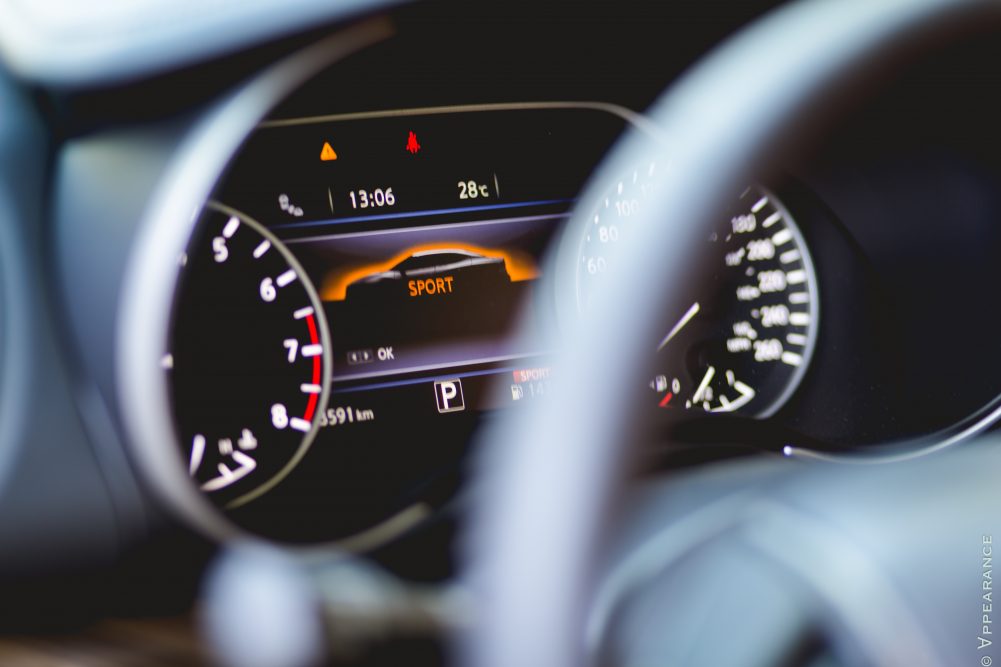 Don’t worry, the Maxima still does interior room and cargo space fantastically well, but it’s nothing revolutionary, nothing you can’t find in other sedans on the market. Instead, the Maxima envelops its occupants in a premium interior loaded with high-quality materials, excellent build quality and seriously attractive sports leather seats – for all passengers. 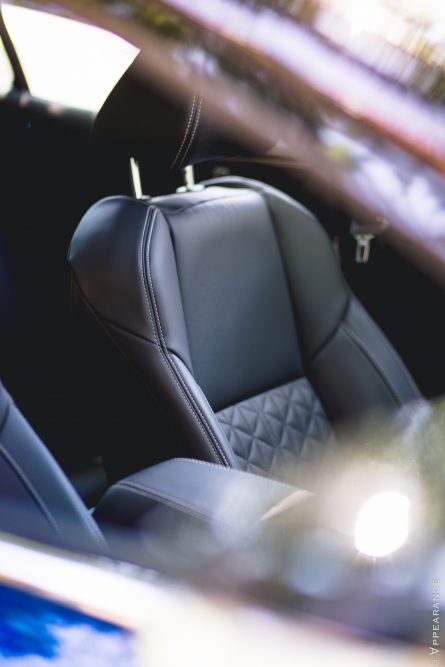 From a driver’s perspective, the 2016 Maxima also presses all the right buttons thanks to a Z-inspired instrument cluster with an overall feel of GT-R sprinkled here and there. This is a well-executed cabin, by far one of the most attractive in the industry, and not just by midsize sedan standards, but by luxury car standards as well. The Maxima’s cabin even challenges Infiniti’s own interiors, or the Acura TLX’s for that matter. I love how everything is beautifully function-designed from the “floating” gauge cluster, to the massive leather-wrapped centre console that tilts towards the driver. It’s modern in there, luxurious, yet retains that classic Maxima Spartan feel we all know and love. 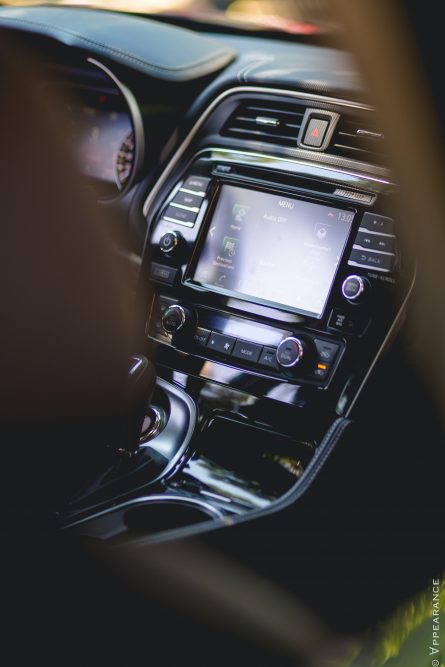 The seating position is also nice and low, reminiscent of past Nissan sports cars, with a meaty flat bottom steering wheel similar to the one found in the 370Z. I particularly enjoyed the two massive bulges on the hood which can clearly be seen from the driver’s seat, adding to the overall enveloping feeling of the cabin; once again, reminiscent of the Z.

We can all agree then that aesthetically speaking, the 2016 Maxima looks and feels like a 4-door sports car alright. But does it drive like one? 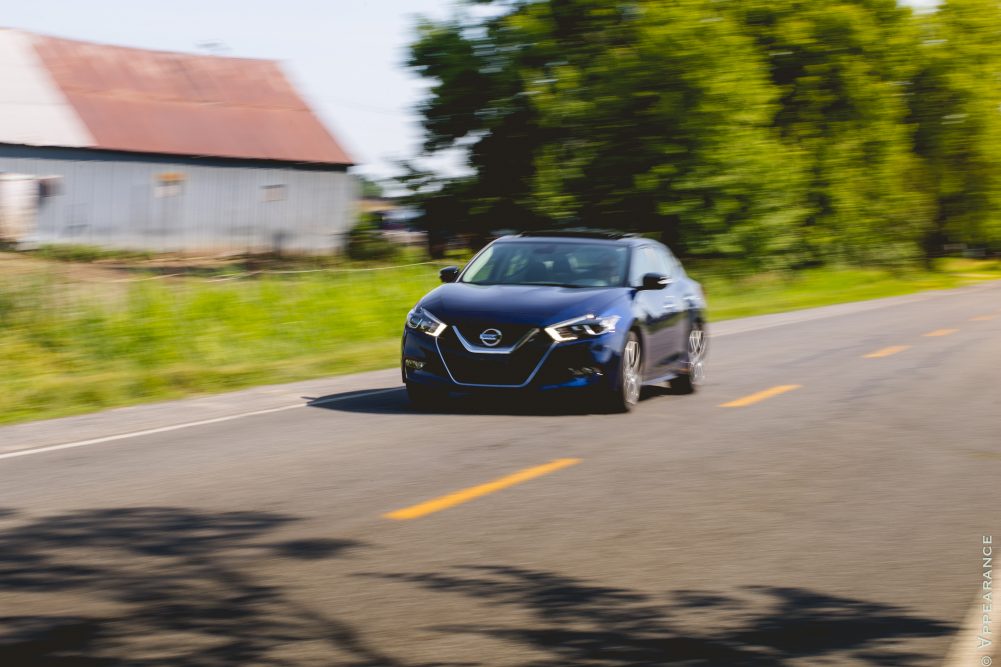 Power-wise, the 2016 Nissan Maxima is fitted with the brand’s now familiar VQ35DE 3.5L V6. This time around, it inherits some GT-R goodies such as sodium-filled valves. Not sure what that does, but sure, I’ll take them.

Power is rated at a very sports sedan-adequate 300 horsepower and 261 lb-ft of torque. And any sedan with 300 horsepower deserves a big fat thumbs up in my book. 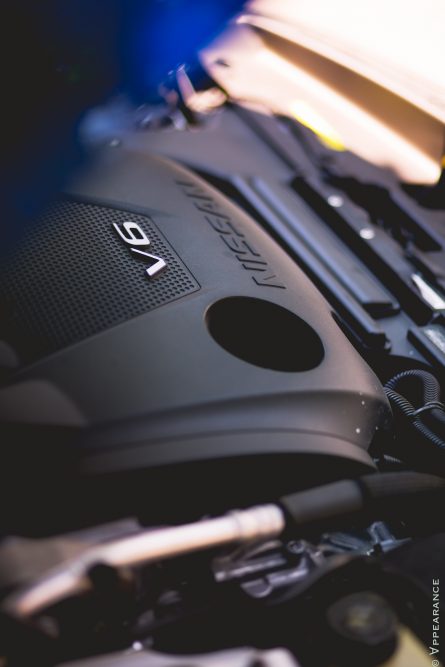 Nissan’s VQ family of V6 engines needs no introduction. Also available as a 3.7L in the 370Z, and Infiniti cars and trucks, this V6 has powered pretty much everything in Nissan’s lineup and remains one of my all-time favorites. It makes all the right noises, offers plenty of low-end torque, delivers linear power through the entire rev range, and has a tendency to rev freely all the way to redline. It’s also a responsive engine, one that instantly wakes up the moment you open up the throttle.

Stomp the accelerator from a dead stop with traction control off in the 2016 Maxima, hang on to the steering wheel, and pray the front wheels won’t split in half. This sports sedan gets off the line with vigour, exhibiting limited wheel spin and, surprisingly, very little torque steer. 0 to 100 km/h is achieved in just under 6 seconds, according to Nissan, and chances are you’ll be grinning your face off the entire way.

And then, the moment you think Nissan has succeeded at delivering us the four-door sports car we’ve all been asking for, everything suddenly falls apart. Because CVT. 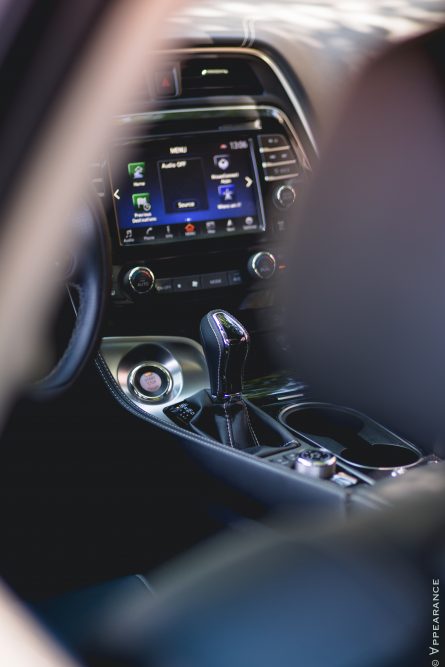 That’s right folks, the 2016 Nissan Maxima is fitted with Nissan’s XTronic continuously variable transmission. Not an automatic. Not a dual clutch system. A CVT.

It’s not bad though. Not bad as in much better than in the Sentra or other Nissan offerings for that matter – I certainly hope so. Because Nissan engineers have actually done some fine-tuning to the system this time, reprogramming it for a sportier configuration, tighter feel and better overall response. The transmission also adapts to driving habits and simulates fake gears that can be “manually shifted” either on the steering wheel for SR models, or directly on the shift lever. 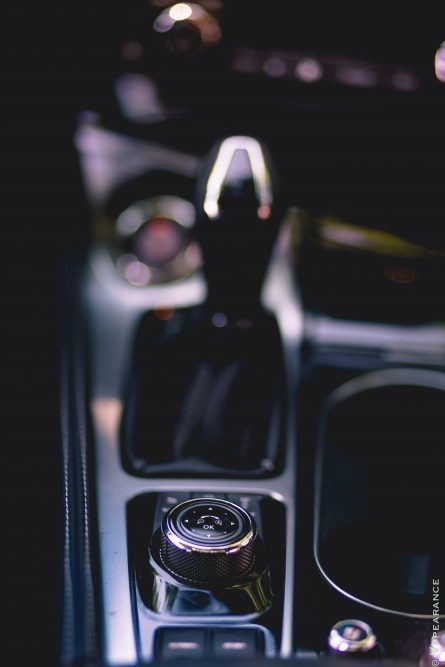 Oh, don’t get me wrong, that CVT sure gets the Maxima up and going all right and indeed improves fuel economy. I managed to average 8.5 L / 100 km during the week I had the car; not bad for a 300-hp V6. But the CVT still ruins the “sports car” experience. It ruins everything really. There’s just no fun to have with it and I hate the way it hangs on to revs. It feels like the clutch is slipping and really drains all the potential out of that otherwise fantastic V6. Add to that a frustrating delay from the drive-by-wire throttle system and the 2016 Maxima quickly falls short from being a genuine sports sedan. 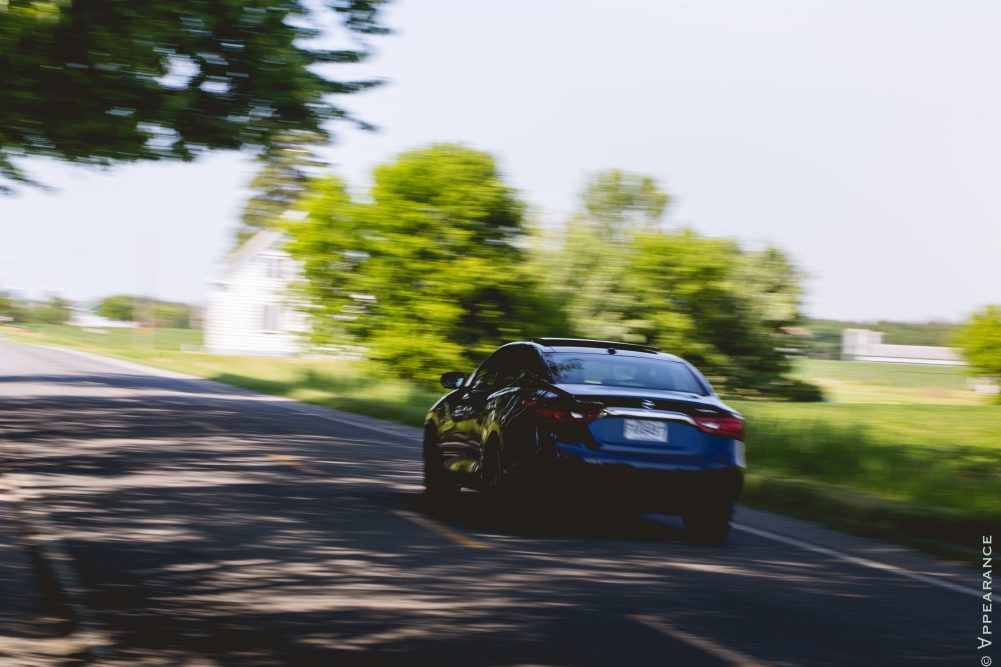 On the road, the Maxima’s confusing attributes are carried over with a ride that tries to be sporty while remaining comfortable. The result is a semi-stiff suspension that somehow remains soft and wobbly when entering a fast curve and doesn’t do that great of a job absorbing road imperfections. It’s not an uncomfortable ride by any means, far from it. But the suspension simply doesn’t excel at anything. Handling is neutral, steering feel is decent, and turn in is satisfactory, with limited body roll and a solid chassis that doesn’t mind being pushed around, even with the added heft.

But alas, the Maxima feels like Nissan engineers didn’t know what to make of the car. It simply tries too hard to please everyone and unfortunately fails at being truly focused at what it was meant to do. If you’re going to slap the 4DSC nomenclature on your car, you can’t be afraid of how grandma will react when she drives it. 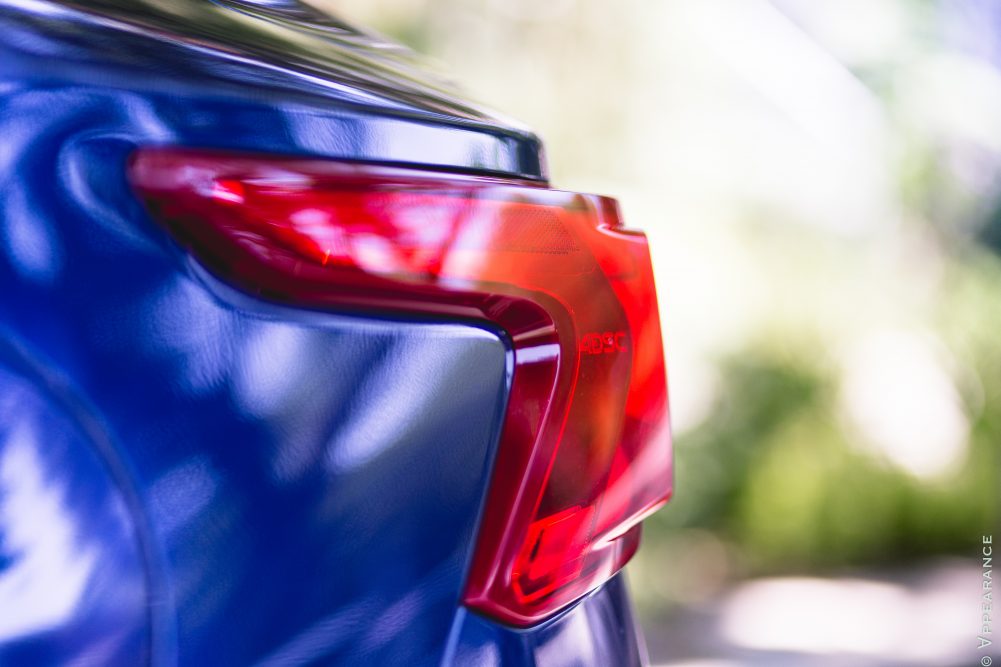 And that’s kind of the problem with the Maxima isn’t it? Even with Nissan’s attempts at marketing this car as a sports car with extra doors, the people who are actually buying them aren’t exactly sports sedan target clientele, are they?

In the end, saying that I didn’t like the 2016 Maxima would be a lie, because it remains a fantastic machine. I just wish Nissan would have taken the 4DSC theme more seriously by fitting the car with a proper transmission and handling that could actually take on the Germans. Or at least other FWD Japanese sports sedans, A.K.A. Acuras. 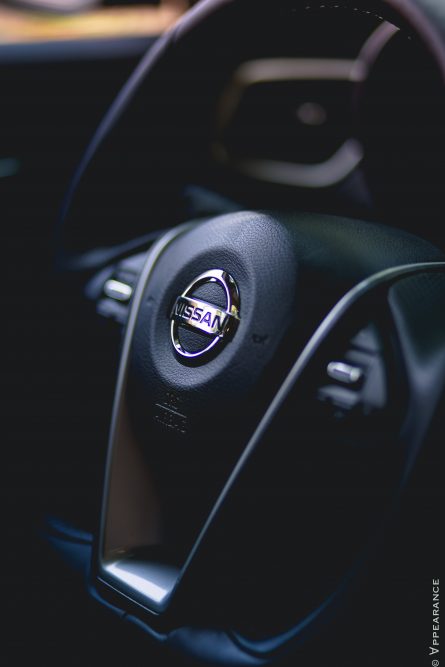 Prices for a 2016 Nissan Maxima range from $37 750 to $45 150 for the top-of-the-line Platinum models. Of course, all Maximas come pretty much fully loaded, with standard luxury amenities such as automatic climate control, 18-inch wheels, zero gravity leather seats, and the Nissan Connect infotainment system which by the way, is a gem to operate. People looking for added performance from their Maxima can opt for the SR trim, which adds a sport-tuned suspension, 19-inch wheels, and wheel-mounted paddle shifters. That one sells for $42 950.

The top-level Platinum trim, like the one I had, adds modern safety tech such as cross-traffic monitoring, collision mitigation with automatic braking, adaptive cruise control, an upgraded Bose sound system, ventilated seats, a power-operated rear sun visor, and a 360-degree proximity sonar; a handy feature when approaching a curb. 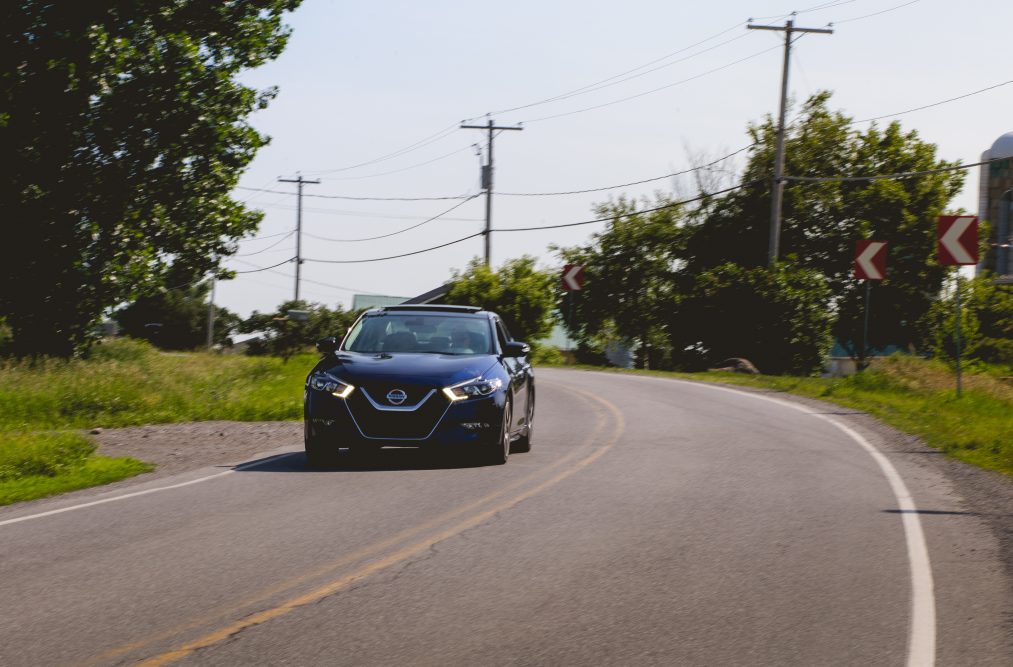 In conclusion, the 2016 Nissan Maxima does indeed bring back memories of the big powerful sedans I grew up with. And Nissan has done a fantastic job of keeping the nameplate fresh thanks to that solid styling and superb interior. Minor faults apart, this remains one of the most stimulating full-size sedans offered today; one that still managed to stick a big fat smile on my face, even with a CVT. Any car that achieves this definitely deserves a special place in my heart.

Review of the 2016 Nissan Maxima by William Clavey