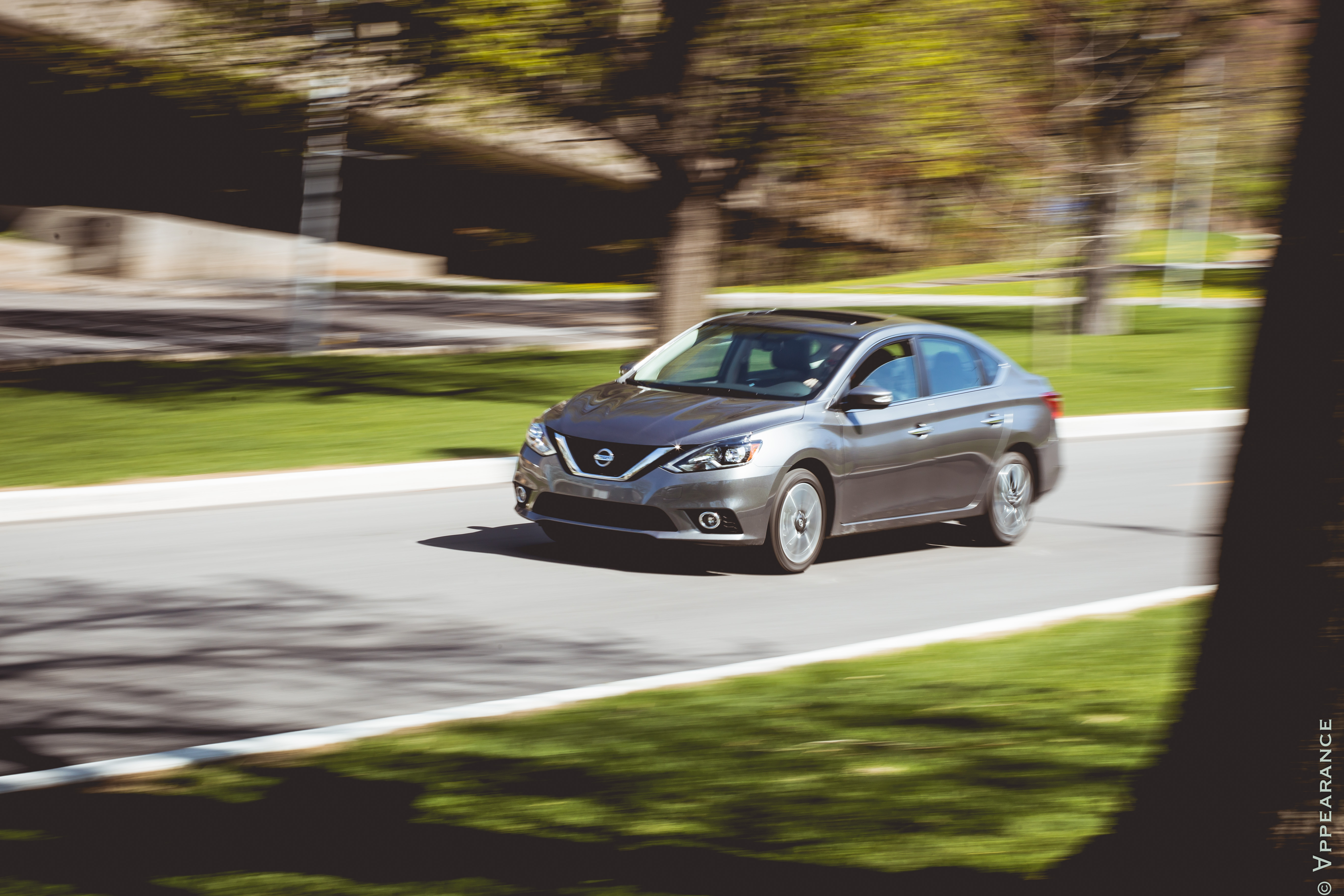 Ah, the compact car segment. It’s the bread and butter of the automotive industry and one of the hardest cars to manufacture. Today’s compact car must be affordable, reliable, frugal, powerful, attractive, spacious, and most importantly, better than the competition in every way.

In this segment, if you dare release a half-baked product, your rivals will literally eat you alive.

And when one of your rivals is the 2016 Honda Civic, a car which completely redefines what a compact should be, you can no longer afford to sell a mediocre product. That’s why in 2016, Nissan brings an array of exterior, interior, and mechanical updates to their little Sentra that should prevent it from becoming shark bait. 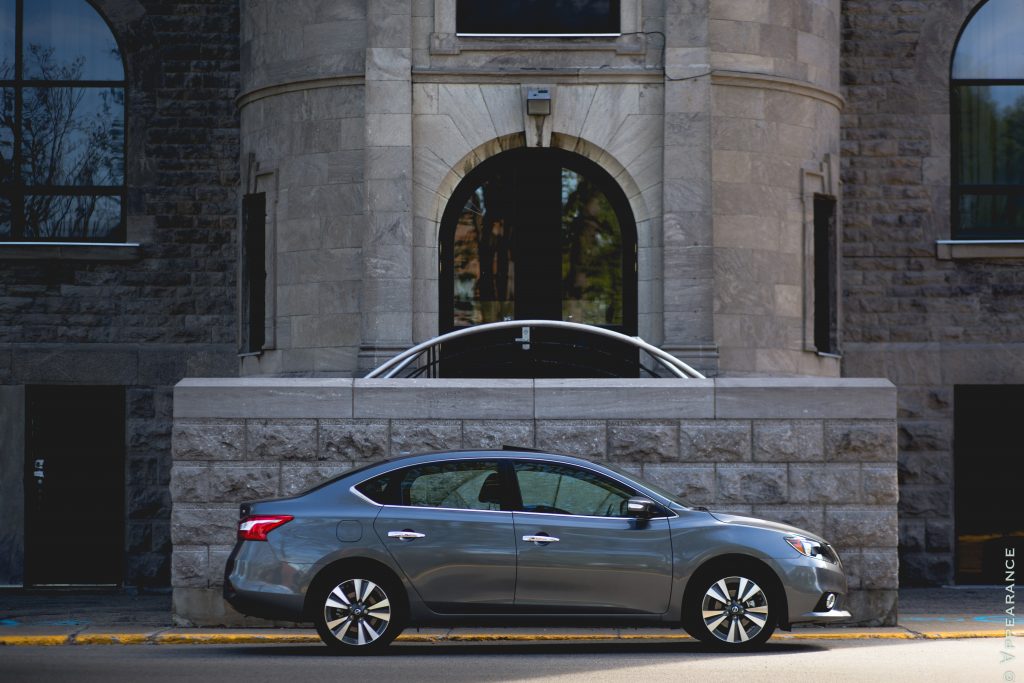 You guys are probably wondering what the title of this article is all about. It refers to an unfortunate build quality issue my test car was plagued with; something to do with the door seals not being able to isolate wind noise properly at highway speeds. So the doors, all four of them, would alternately sing a melody akin to someone whistling through a blade of grass.

But also a significant question mark towards the Sentra’s build quality. I definitely hope this is a third-party manufacturer defect that is not attributable to all Sentras. 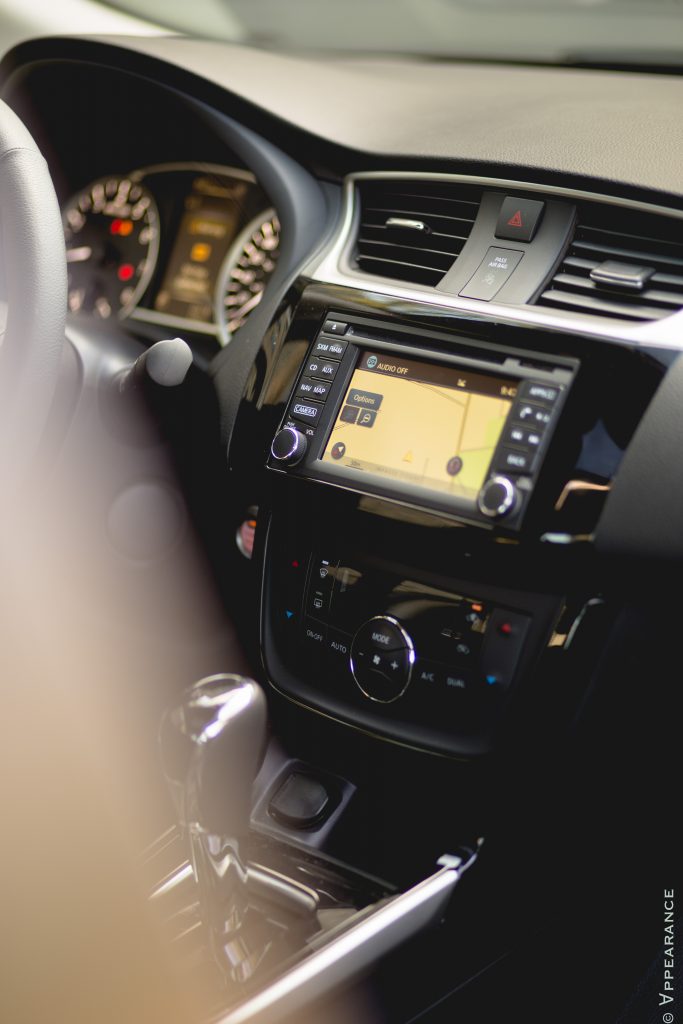 There was also an issue with the passenger airbag: half the time, it didn’t seem to want to recognize my passenger and refused to turn on.

Worrying – and not an overall good start for the Sentra’s review.

Luckily, my tester was the SL model, which came equipped with the upgraded Bose premium sound system. Not only does it sound exquisite, but it also did a fantastic job at muting the wind concert. 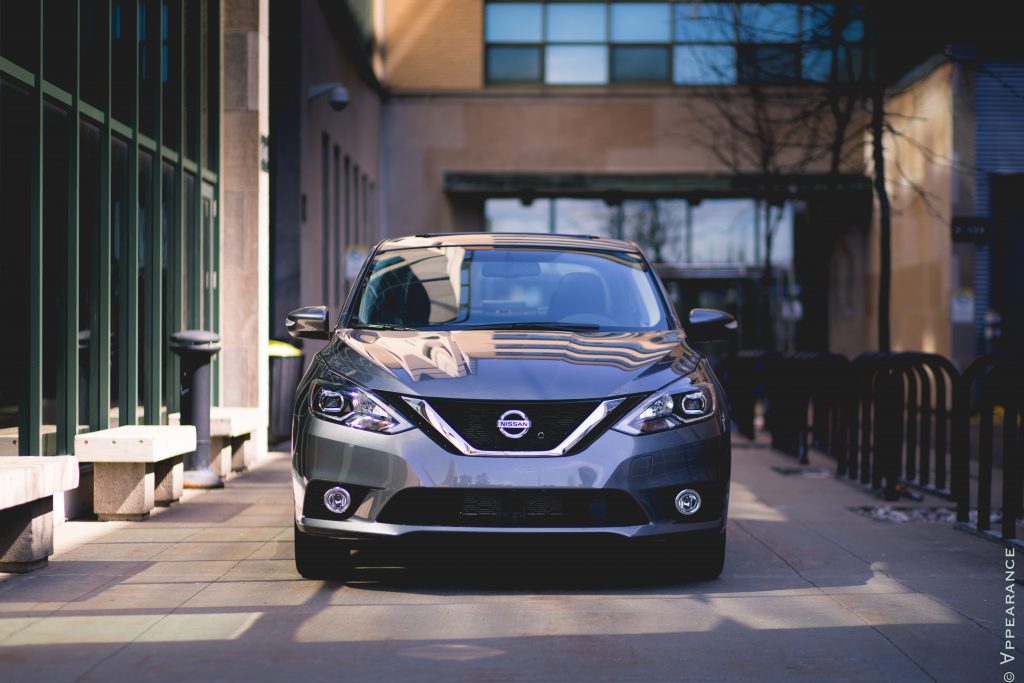 So, what’s new for 2016? Well, for starters, there’s a new face, which not only cleans up the car’s overall exterior design, but also puts it in tune with its bigger sisters, the Altima and Maxima sedans.

From the front, it’s rather attractive; nice and sporty and definitely bolder than the model it replaces. I also love Nissan’s new design language. 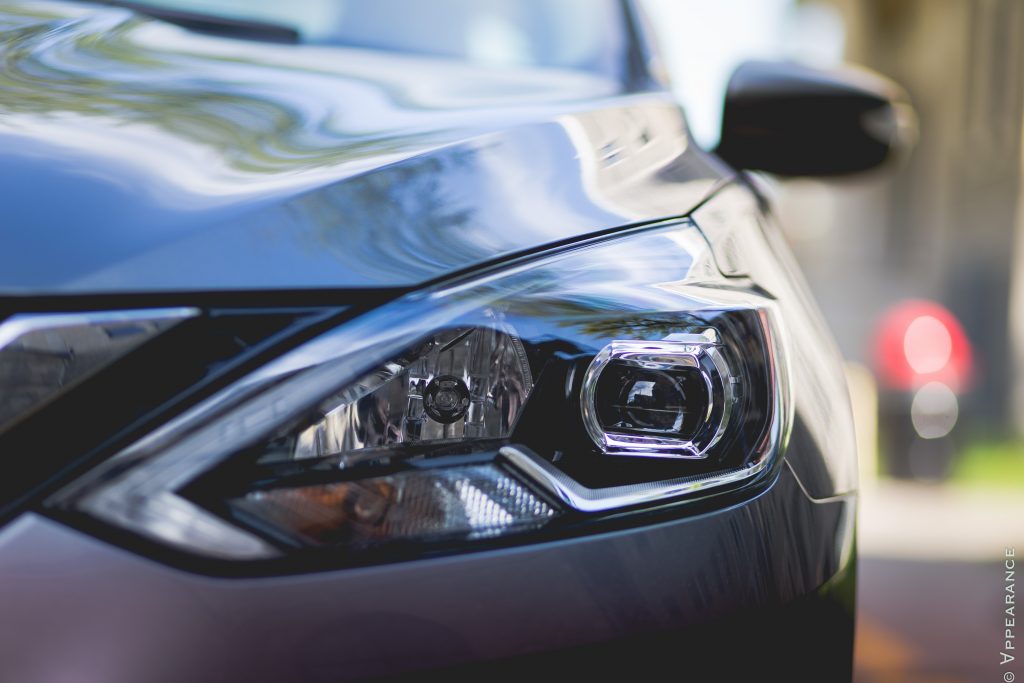 Unfortunately though, there is still some incoherence in the Sentra’s exterior styling. Overall, the update does make it look more upscale, but that thin and upright stance still gives it a rather quirky appearance on the road.

It feels like three different departments worked on the car’s design and none of them spoke to each other during the process. 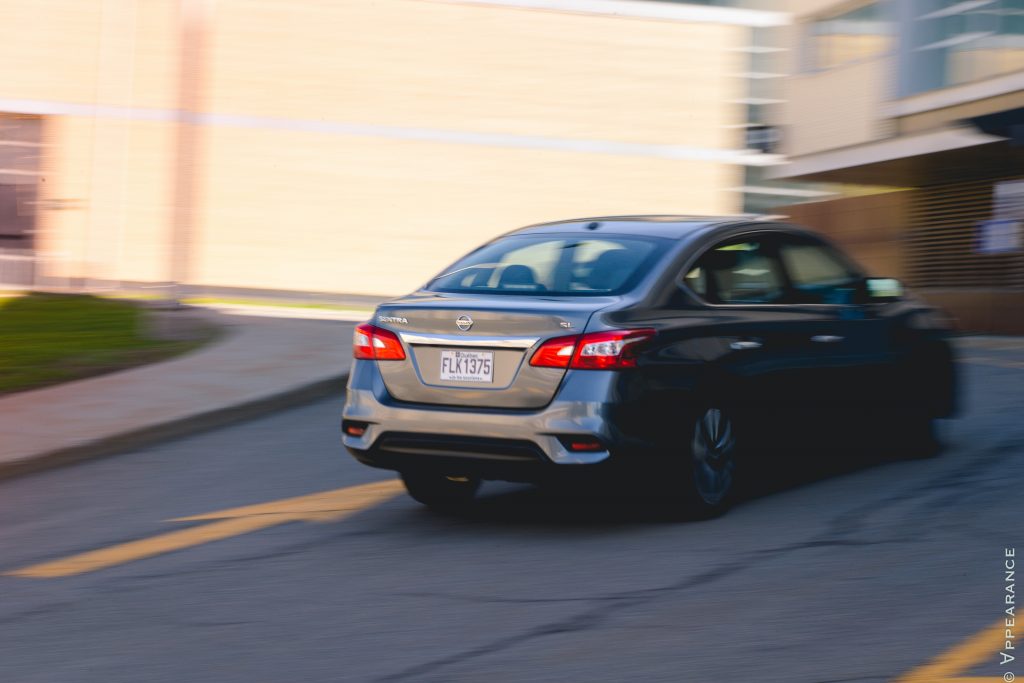 Thankfully, improvements for the new Sentra are more than cosmetic. In fact, Nissan claims this facelift is 20% new, with 550 entirely new parts.

Mechanically, the suspension has been retuned for a more compliant and nimble ride; something that’s evident the moment you get behind the wheel. The Sentra’s ride is smooth and composed with a suspension that does a great job of absorbing road imperfections. The chassis is stiff and there’s very limited body roll. In fact, the overall driving experience is much more refined and quiet (except for those seals) over the last model. 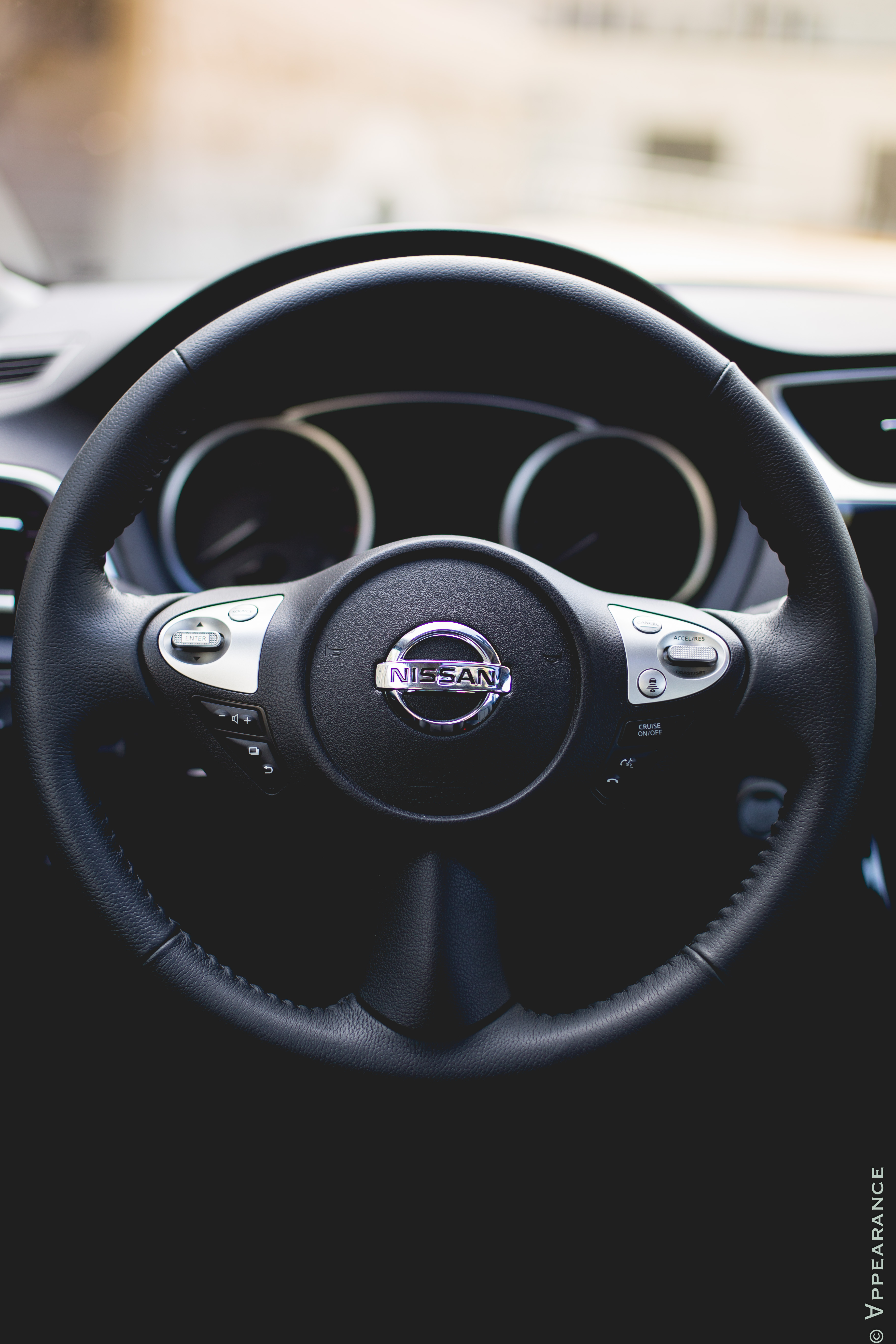 The interior has also been massively updated with better-quality materials, a “Z-inspired” steering wheel, and overall “improved” fit and finish, according to Nissan.

But the materials and overall dashboard design still feel rather dated.

The cabin is somewhat spacious, and the seats, both front and back, are comfortable, but the high seating position made me feel like a professional wrestler behind the wheel. 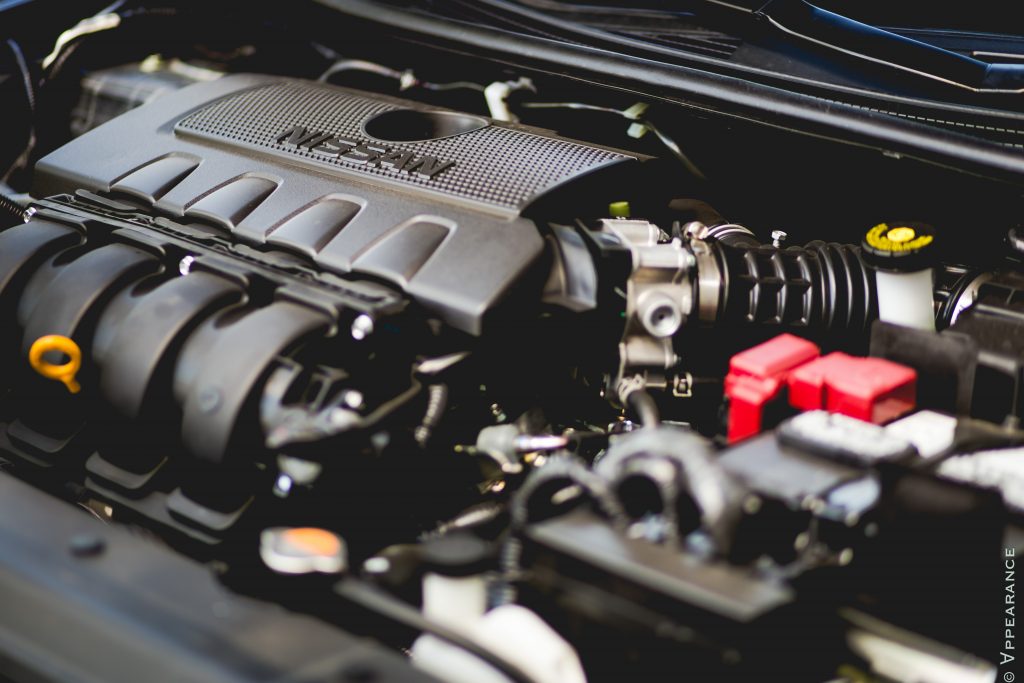 Under the hood is the same ho-hum 1.8-liter four-cylinder engine. It’s good for a mediocre 130 horsepower and 128 lb-ft of torque; figures which, I’m sorry to say, are no longer acceptable in this segment.

There’s just nothing going on when you smash the accelerator, except for a very non-entertaining drone.

Luckily, a 6-speed manual transmission is available, but only for base models. Higher trim levels, such as SR and SL models, can only be coupled to Nissan’s XTRONIC CVT transmission – which has apparently been reprogrammed to add artificial shift points – not to improve performance, but to improve fuel economy (7.5 litres/100 km average).

An Honest to Goodness Compact Sedan 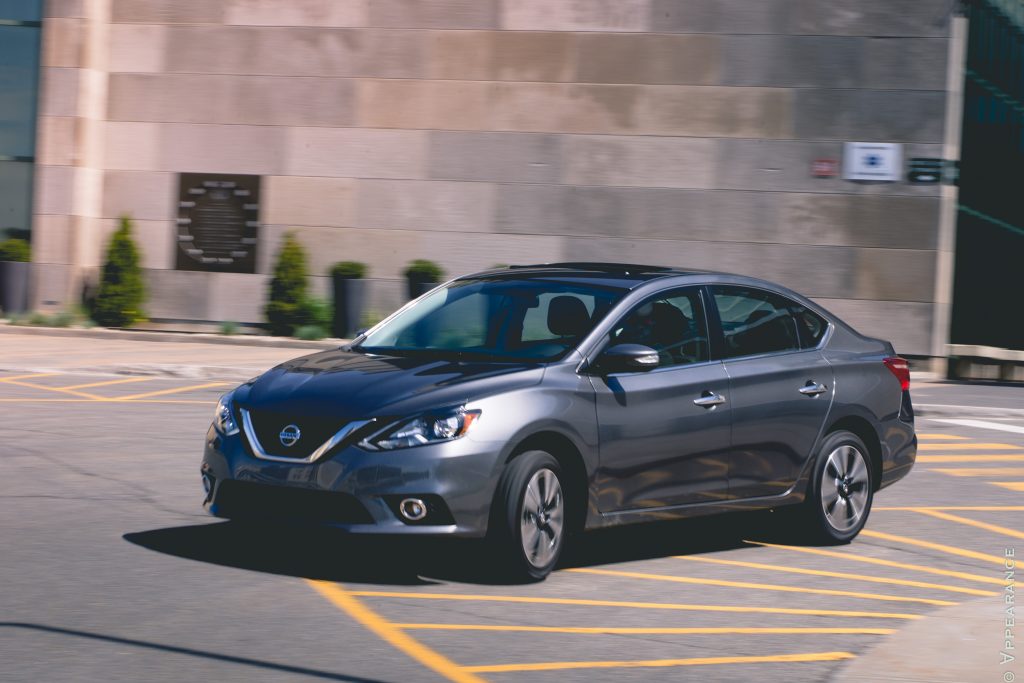 Granted, the Sentra has never been about performance numbers, but rather about reliability, fuel efficiency, and low maintenance costs. And on that front, the 2016 Sentra certainly delivers.

In fact, Nissan states that 93% of Sentras sold over the past 10 years are still on the road today.

Impressive. But not surprising. 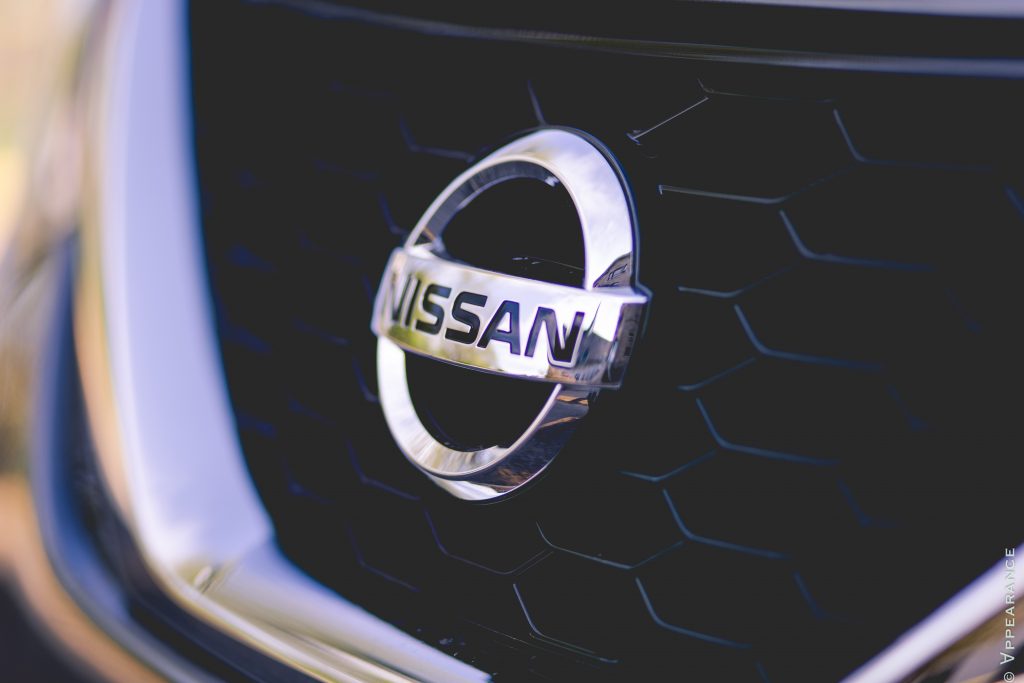 And you do get a sense with this new version that it will indeed last forever. There’s no doubt that the Sentra should satisfy students, young families, or rental car outlets.

But it unfortunately doesn’t do anything more than the competition. The Sentra doesn’t feel special enough. Today’s compact car segment is loaded with solid competitors, and each seem to offer more than what the customer asked for.

Unfortunately, although Nissan has attempted to keep their compact sedan fresh with this facelift, the 2016 Sentra still feels like a product of an older generation. The added technology features are a welcome addition, but tend to feel like an afterthought instead of innovative. 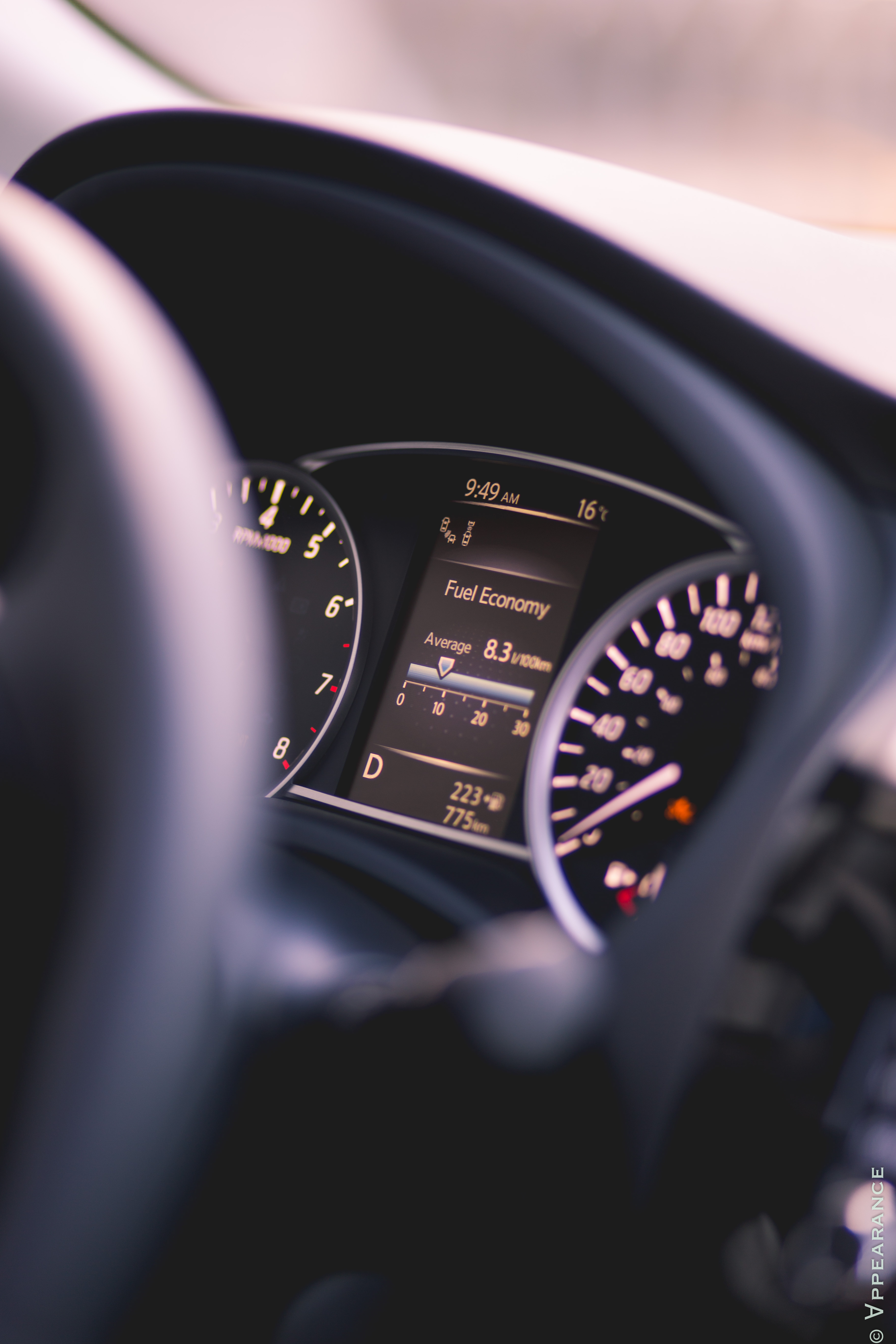 Then, there’s the pricing. A base model, with a manual transmission, starts at $17 498. The SL trim, such as my tester, which comes literally fully loaded with technology and luxury amenities such as adaptive cruise control, blind spot monitoring, cross-traffic monitoring, collision mitigation with automatic braking, leather heated seats, power sunroof, a backup camera, that Bose sound system, and an 8-way power adjustable driver’s seat, sells for $27 698. 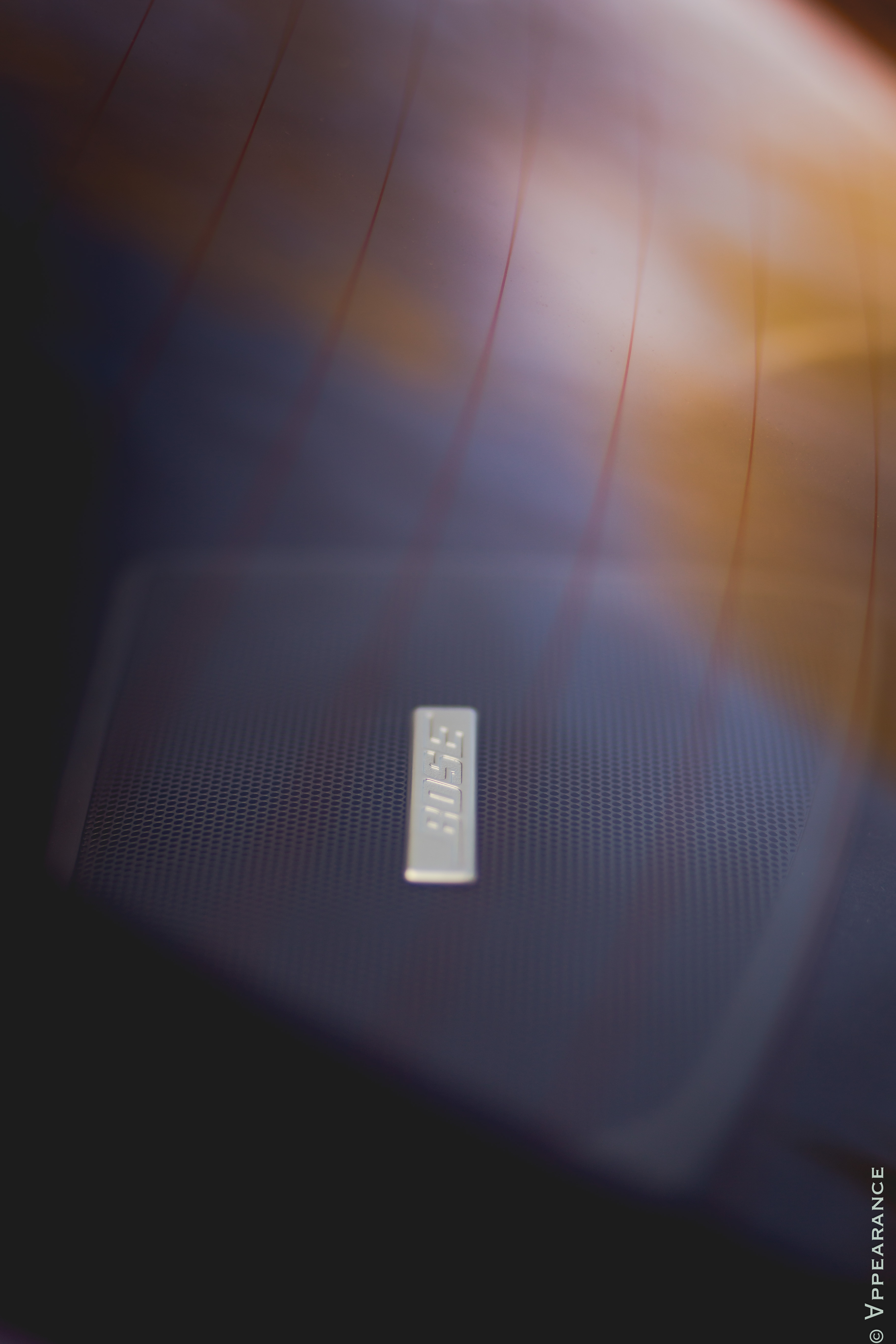 That does indeed feel like a lot of car for the money, but then, it’s not.

The 2016 Honda Civic EX-T sedan, with the more powerful turbo engine and much more enjoyable CVT transmission as well as being equipped with more tech, is nearly $1000 less expensive than the Sentra SL.

Actually, for an extra $1000 over the Sentra’s pricetag, you can walk away from a VW dealership with a fully loaded Golf; a car that is miles ahead of the Sentra in terms of refinement, performance and overall build quality. 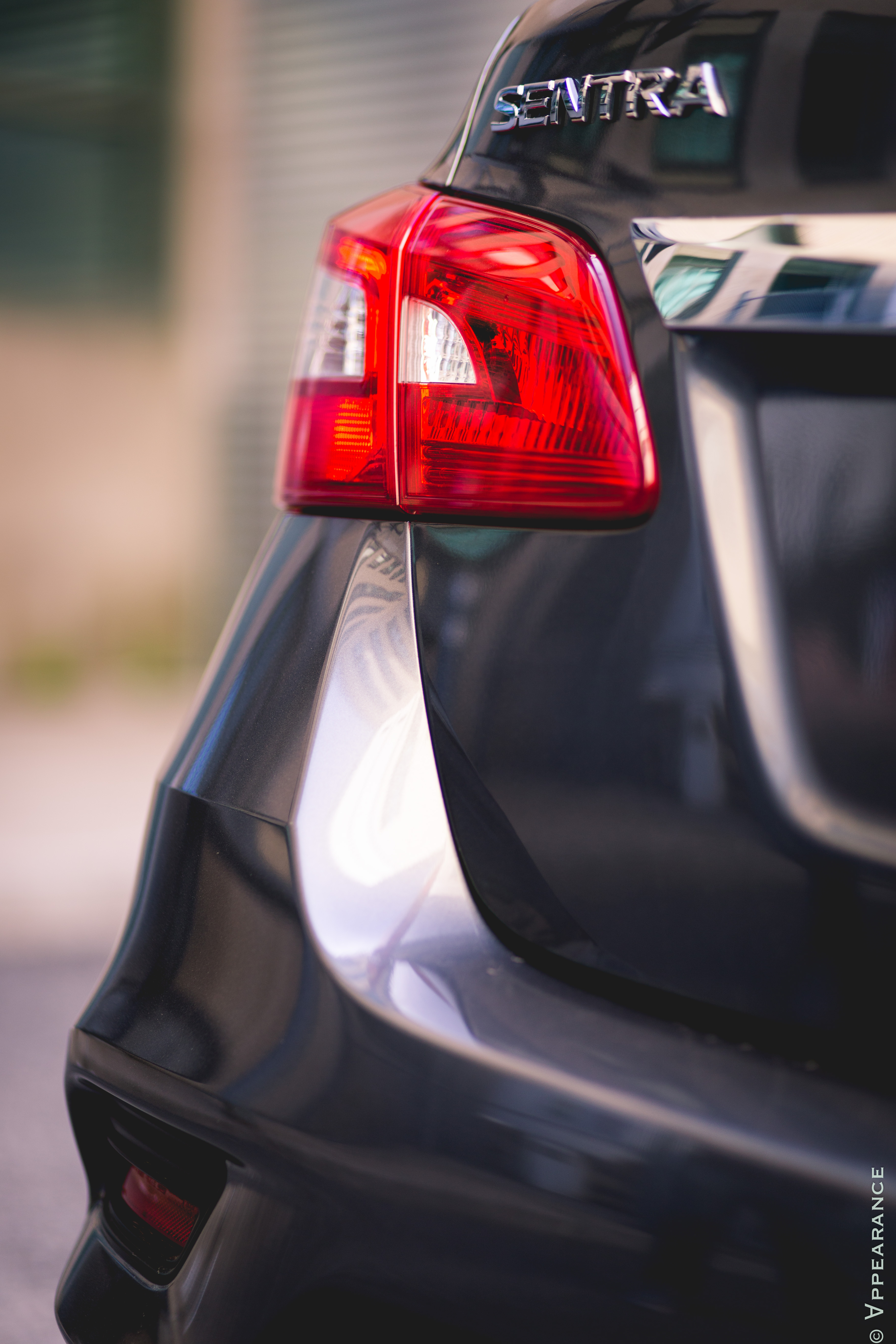 Ŧhat being said, does any of this make the 2016 Nissan Sentra a bad car?

I’m sure its owners will appreciate its long-term reliability record, competitive fuel economy, and low maintenance costs. But the 2016 Sentra seems to be moving back instead of moving forward. Simply put; coming from the same carmaker that builds the GT-R, there’s definitely room for improvement here.

Review of the 2016 Nissan Sentra by William Clavey

–
– Questionnable build quality.
– CVT transmission sucks the life out the engine.
– Lacks the refinement of some of its competitors.