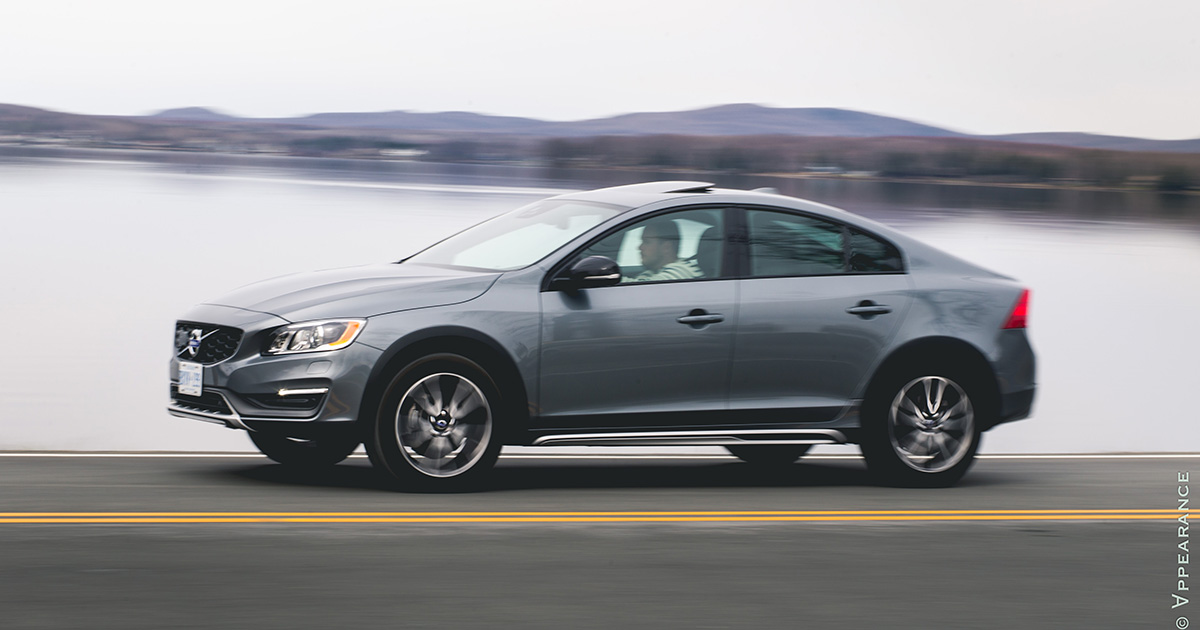 In case you haven’t been following, Volvo is now owned by Geely, a Chinese automaker. In fact, some cars in Volvo’s lineup are fully assembled in China and are, ironically, the first Chinese cars to be sold in our market.

Now, I know what you guys are thinking: that Volvo, like SAAB, is heading down the drain.

You see, instead of turning Volvo into a half-baked, platform-sharing profit maker, Geely simply wrote a big fat check to the Swedes and essentially told them to go nuts on R&D.

The result is an all-new, and “oh-so-Swedish” brand image comprised of an entirely new lineup of cars and trucks such as the new XC90 SUV and upcoming V90 wagon; probably the sexiest wagon we’ve seen in years.

New Chinese money also means bold decisions are being taken about Volvo’s core products, such as the S60 Cross Country. It’s a car so silly that it may just be what Volvo needs to distinguish its sumptuous S60 from the German sedans. 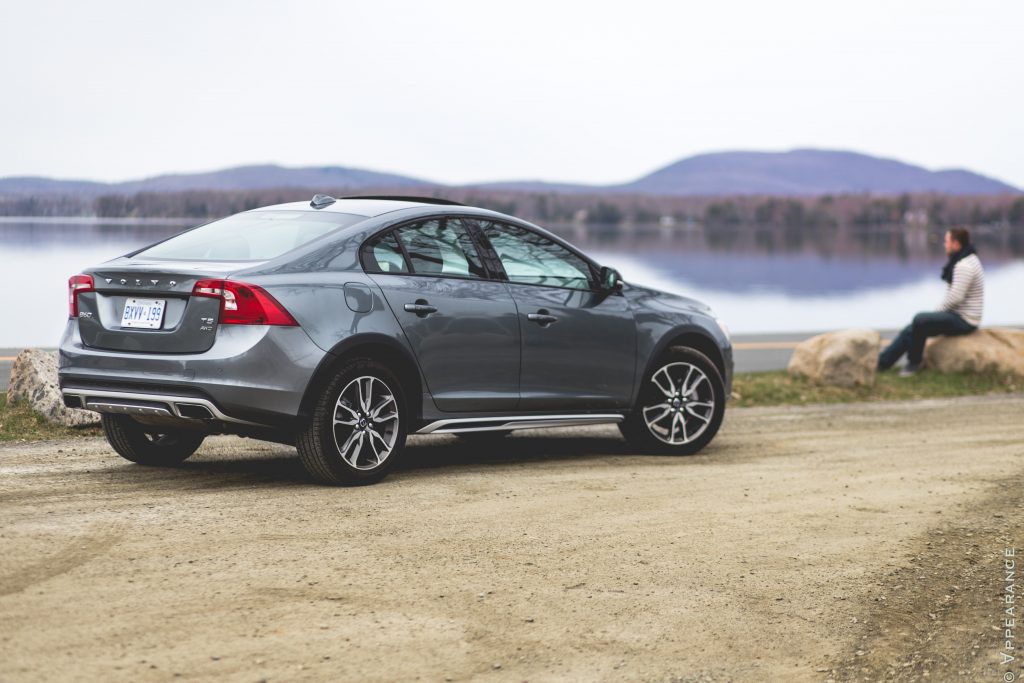 So, what exactly is an S60 Cross Country? It’s essentially the same car as the V60 Cross Country wagon, but in sedan form. Or, if you prefer, it’s a Volvo S60 that has 20 cm of ground clearance, was fitted with Volvo’s Haldex 4WD system, humongous wheels, a hill descent feature, and “skid plates” underneath its body.

It sure looks unusual, but we’ve seen such contraptions before with the AMC Eagle sedan of the early 80’s and Subaru Legacy Outback SUS of the late nineties; two odd-looking cars that were neither attractive, practical, nor successful at raking in the sales.

Why is Volvo even building this thing then? 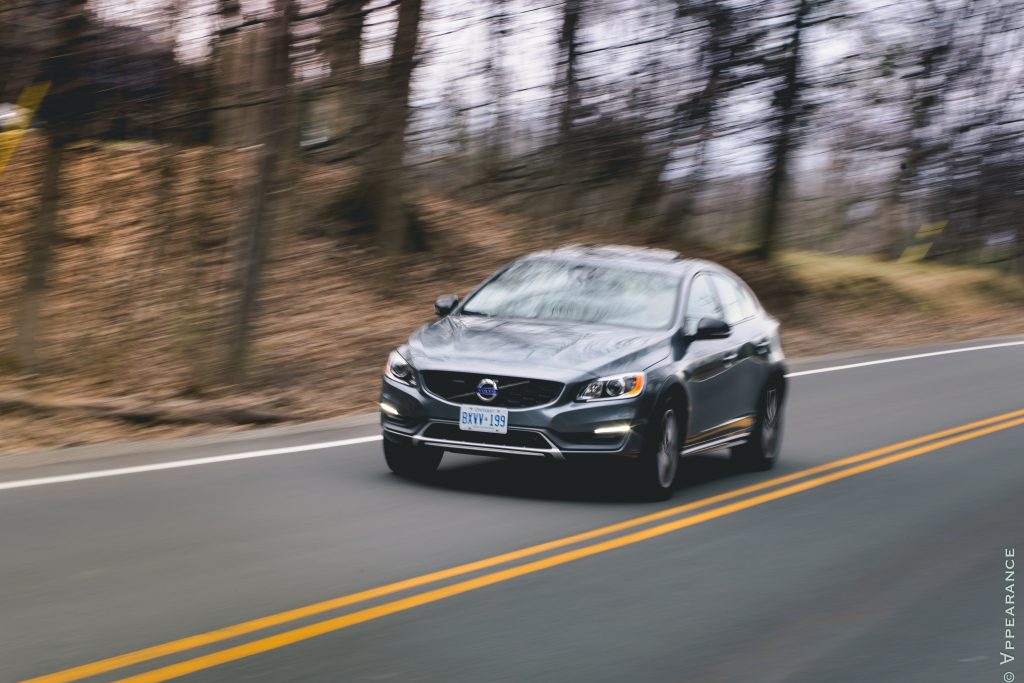 Well, according to the Scandinavian carmaker, we live in a world filled with quirky ideas such as coupe SUVs (BMW X4), coupe sedans (BMW 4-series Gran Coupe), and car-based SUVs (Jeep Renegade), so Volvo believes this is the perfect time to try something different. And, unlike that Eagle and Subaru which looked plain awful, the S60 is a rather attractive sedan to begin with, so this Cross Country may look quirky, but ugly it is not.

Also, since the Cross Country nameplate has proven to be rather successful amongst the Volvo faithful, Volvo figured it should broaden the lineup. It’s definitely a bold move, but not a risky one. Volvo knows it won’t sell a lot of these, that’s why it’s cost effective to build. After all, the S60 CC is essentially the same car as the V60 CC. 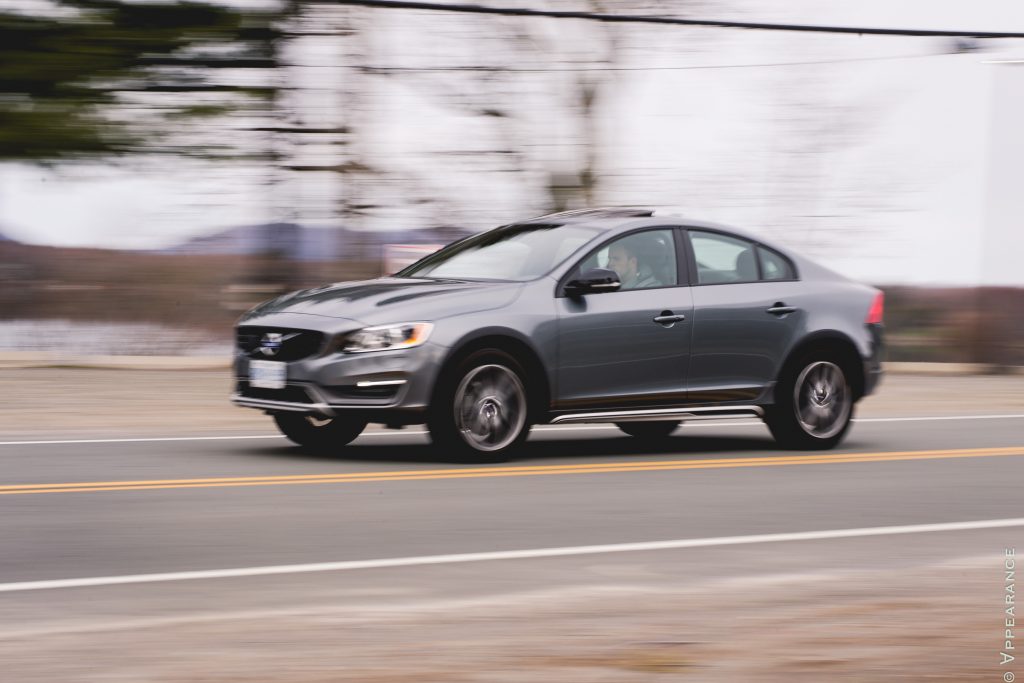 Volvo also claims that SUV buyers aren’t necessarily interested in a high centre of gravity or an abundance of cargo space. Most of them simply appreciate the high ride height and all-weather capability, but still want to retain the more dynamic driving characteristics of a car; something the S60 CC does like a champ.

Rudimentary, but not Outperformed 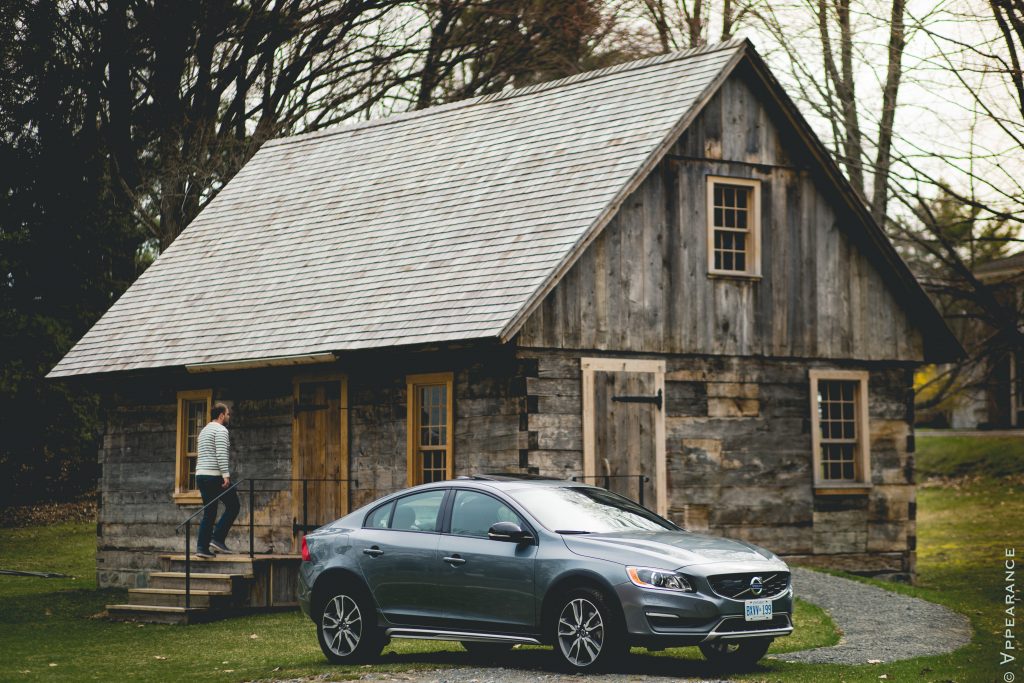 Under the hood of the S60 CC sits Volvo’s tried and tested T5 2.5L five-cylinder turbo engine. It’s an old engine that is about to go extinct in the Volvo lineup (sniff sniff), but it still gets the job done fantastically well thanks to a stout 254 hp and 266 lb-ft of torque. It’s mated to a conventional Geartronic 6-speed automatic. 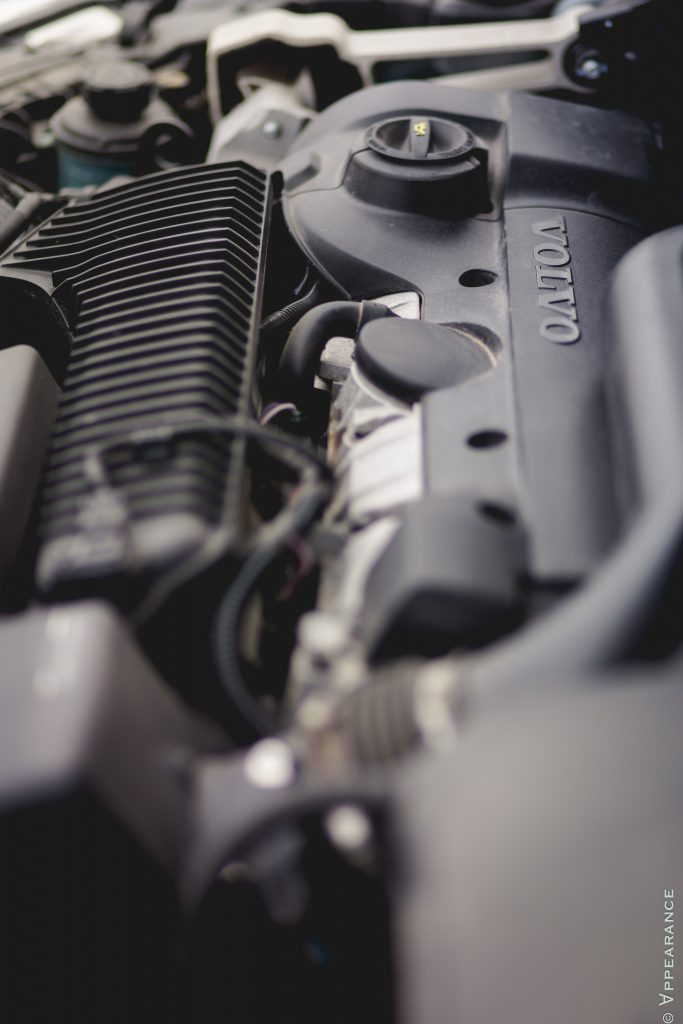 There’s nothing revolutionary here; no dual-clutch system, no pre-configured transmission settings or steering-mounted paddle shifters, but none of this prevents this Volvo from being competitive. The S60 CC is a smooth operator thanks to its massive low-end grunt, plenty of power on tap, and widely spaced gears that shift in a butter-smooth fashion. Never did this car feel unrefined given its ageing hardware. The engine note may sound somewhat agricultural, but it never gets annoying.

There is an S mode, which mostly turns the transmission from smooth to erratic; I’d recommend ignoring that feature and driving in conventional D. 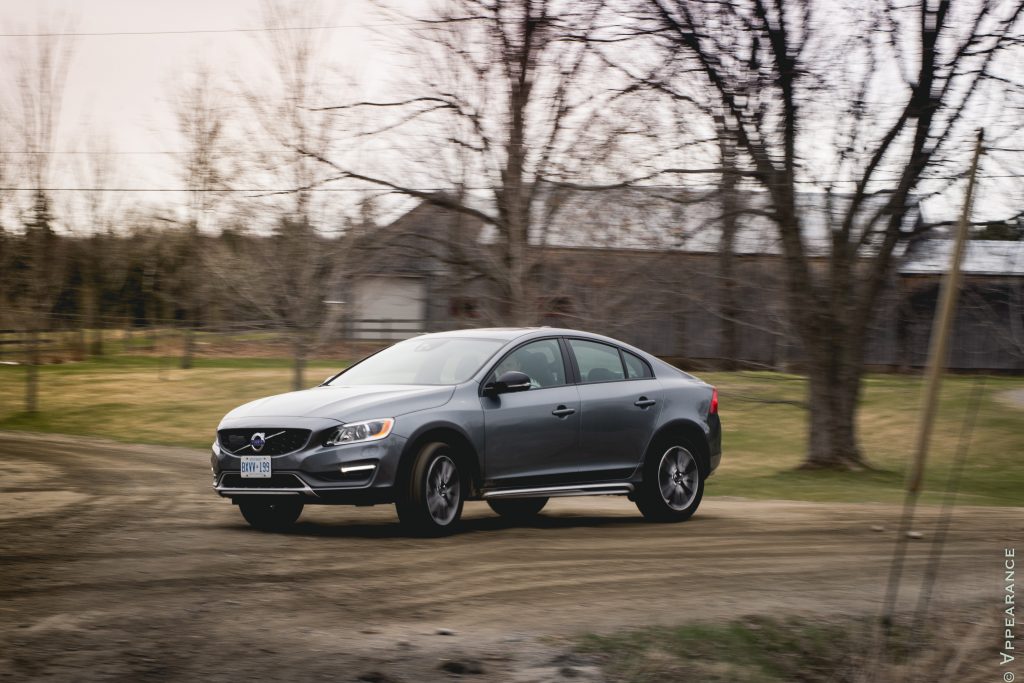 On the road, the S60 CC is classic Volvo rock solid, and even with the raised ride height, body roll and excessive body motions are relatively minimal. The suspension tames it all just as the driver begins to notice that they’re more evident than in the standard car. Steering feel is also perfectly weighted thanks to a (thank god) good old hydraulic power steering system. 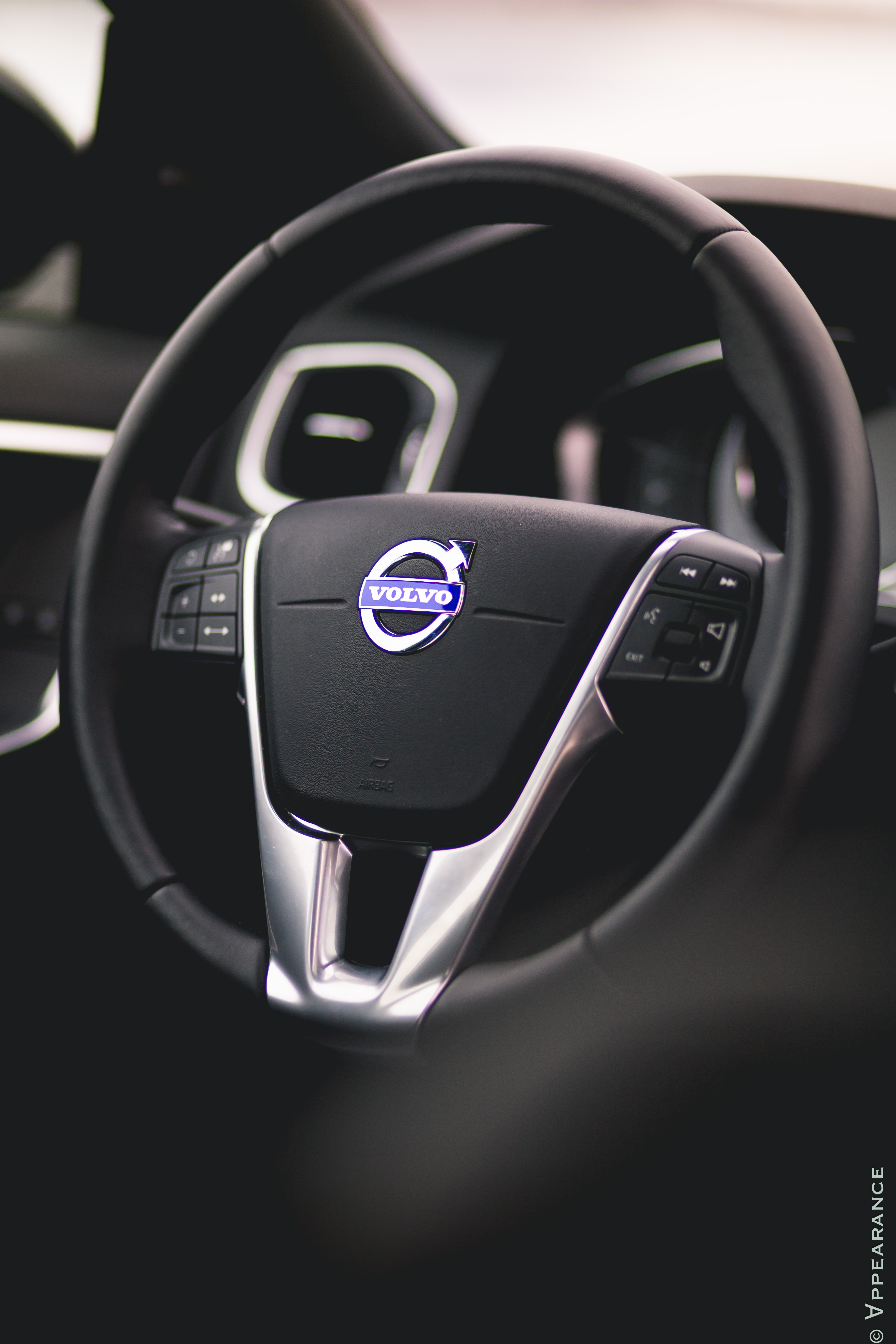 Granted, the S60 CC was never intended to carve apexes, but it’s proof that a solid chassis can be fitted with the softest suspension setup and remain competent.

There was, however, a weird noise coming from the back when hitting potholes. Not sure if this was normal or if it was caused by a defective strut tower. Nevertheless, this car is definitely more enjoyable to drive than any crossover.

Comfort and Safety Before Everything Else 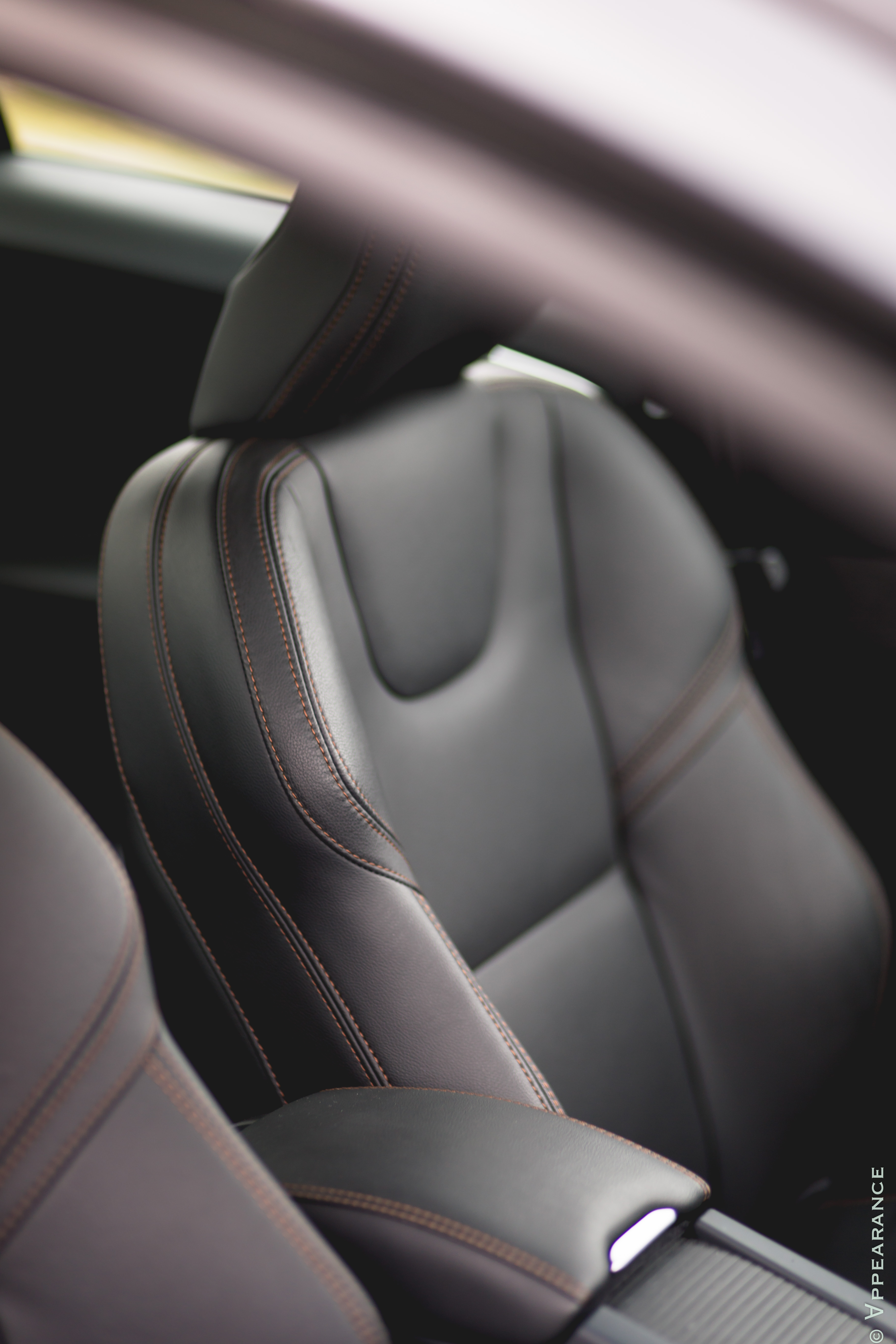 Of course, being a Volvo, the S60 CC is fitted with a wonderfully well put together interior, with high-quality materials and a simplistic, yet elegant and functional design. It also has some of the most attractive and comfortable seats I have ever tested.

Seriously, I’d have sex in those seats.

And that’s no coincidence. Volvo has always put the emphasis on the comfort and safety of their cars, and this S60 CC is no exception. There’s that Volvo traditional sense of solidity in the way everything operates, from the solid “thump” you hear when you close the doors, to the large and easy to use climate knobs, perfectly suited for winter driving with gloves. 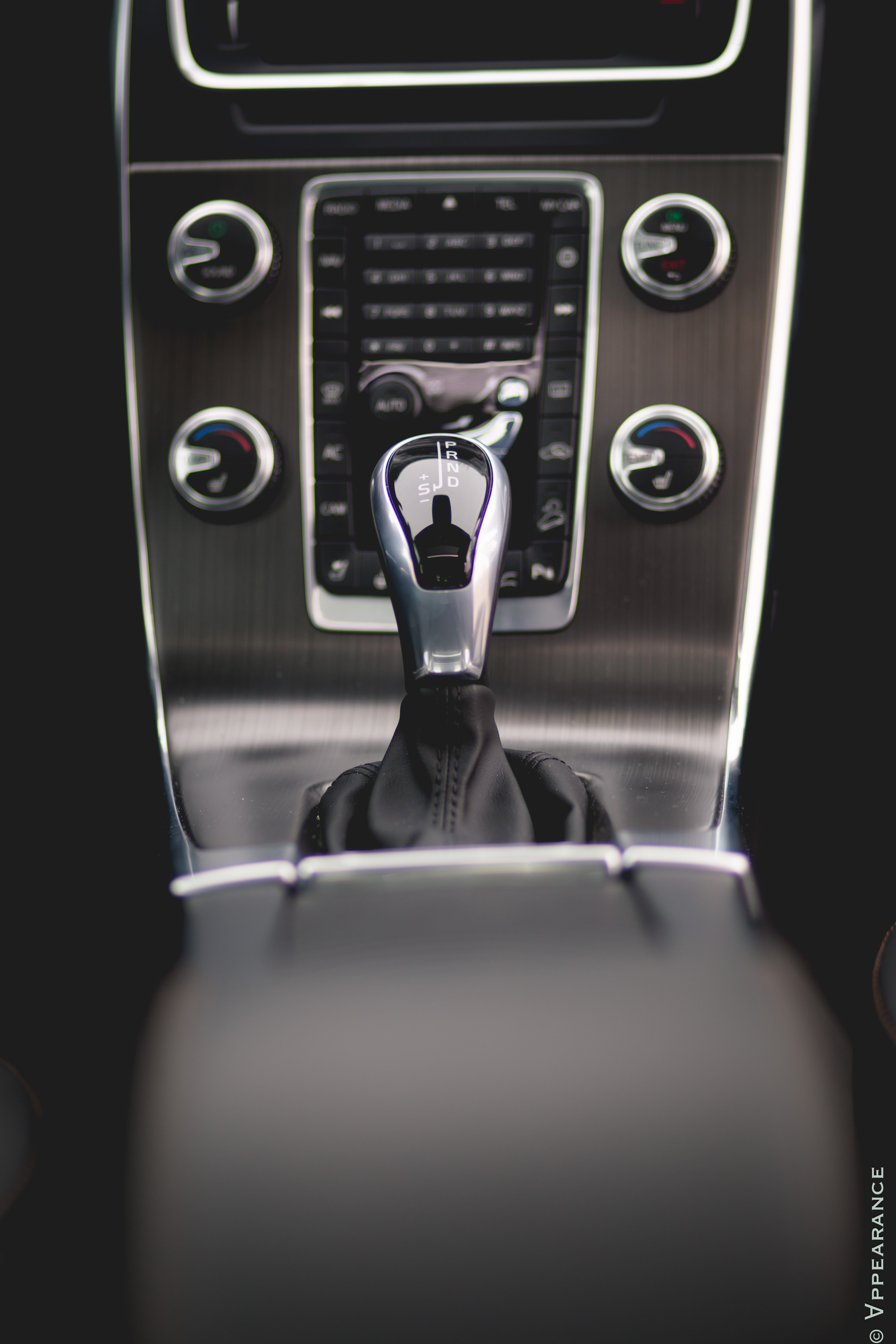 And then there’s all the safety tech. Yes, every carmaker now offers its share of electronic gizmos that prevent you from destroying your face and your passengers’; but little do people know, Volvo has pioneered a lot of these technologies. Features we now take for granted such as blind spot monitoring, collision warning with automatic braking, pedestrian detection, lane keep assist, and cross traffic alert were all invented by Volvo. 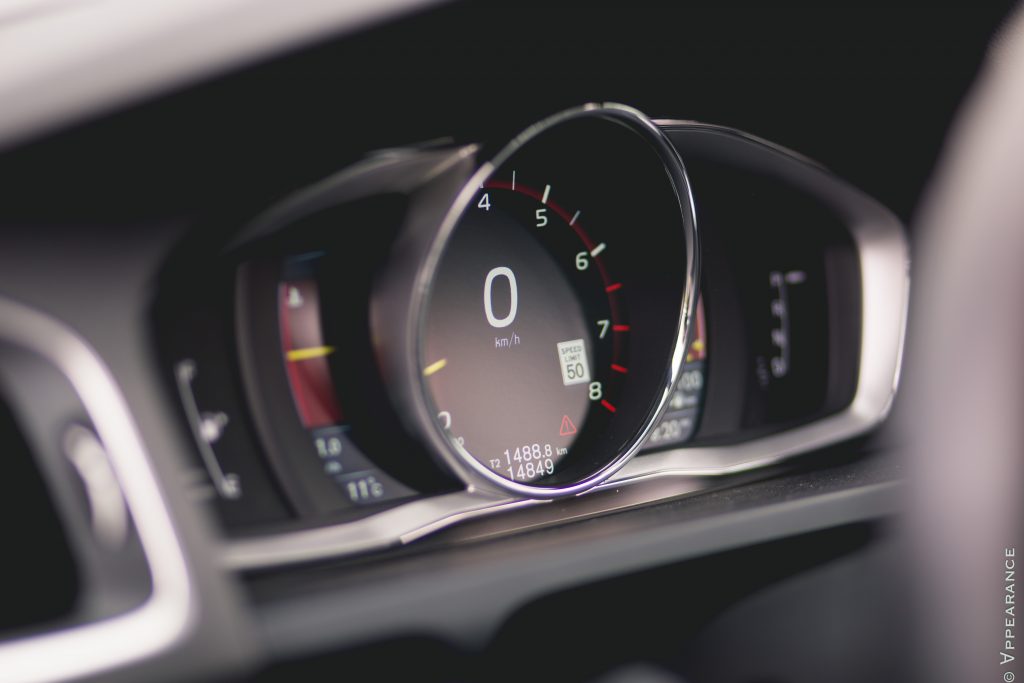 What’s really impressive is how well these safety aids have been integrated into the car and how they operate flawlessly in the background. Today’s luxury carmakers, the Japanese more specifically, rub all the tech in your face and use them as selling arguments. Volvo simply has them in the car, never imposing them on the driver. 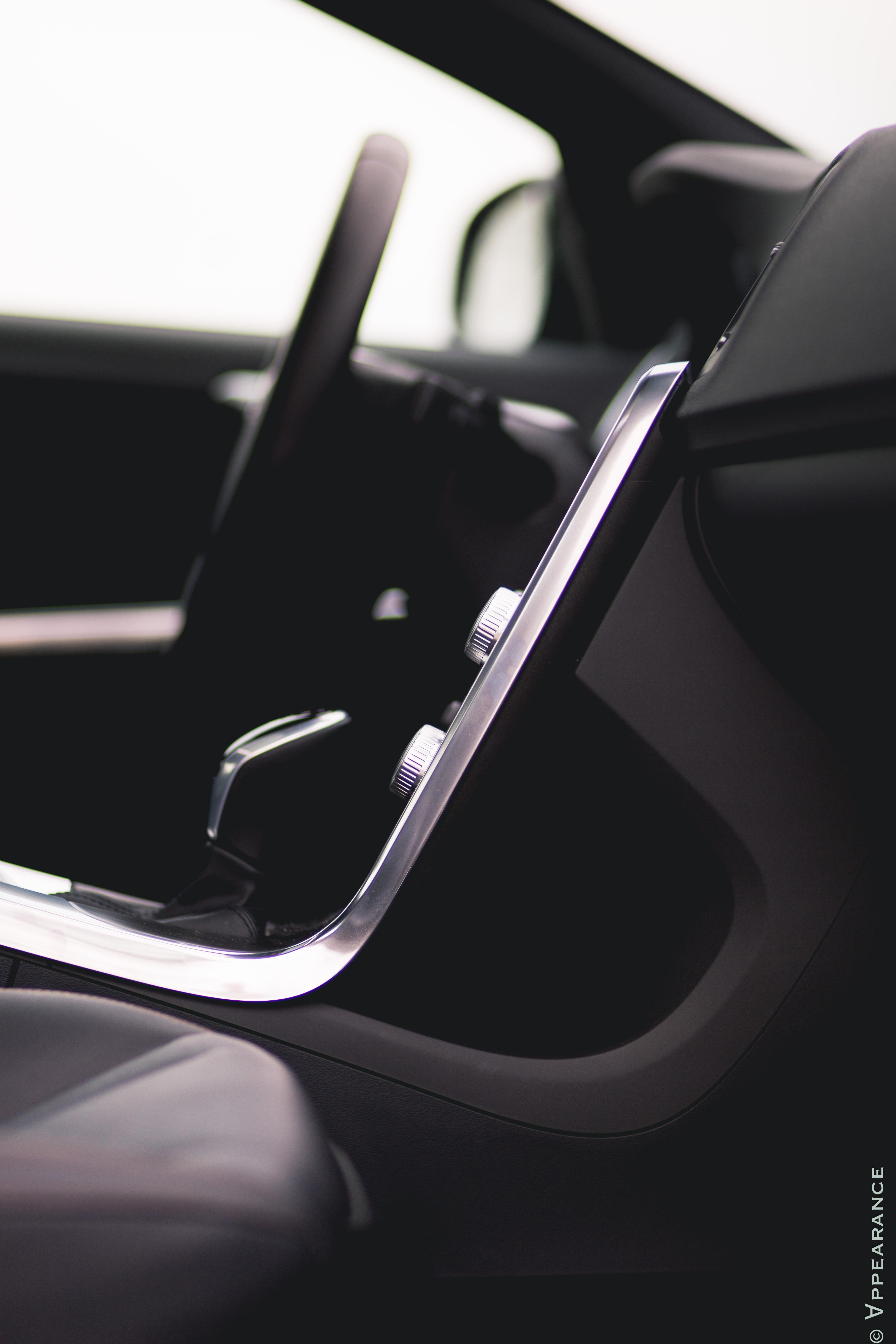 Even the adaptive cruise control system was one of the most intelligent systems I’ve experienced, with smooth deceleration and a tendency to understand what the car ahead is doing instead of aggressively slamming on the brakes for no apparent reason. Are you reading Honda?

Simply put, all that safety and solidity add up to a serene driving experience in a car that feels like it could pack on thousands of kilometres for years on end without breaking down. 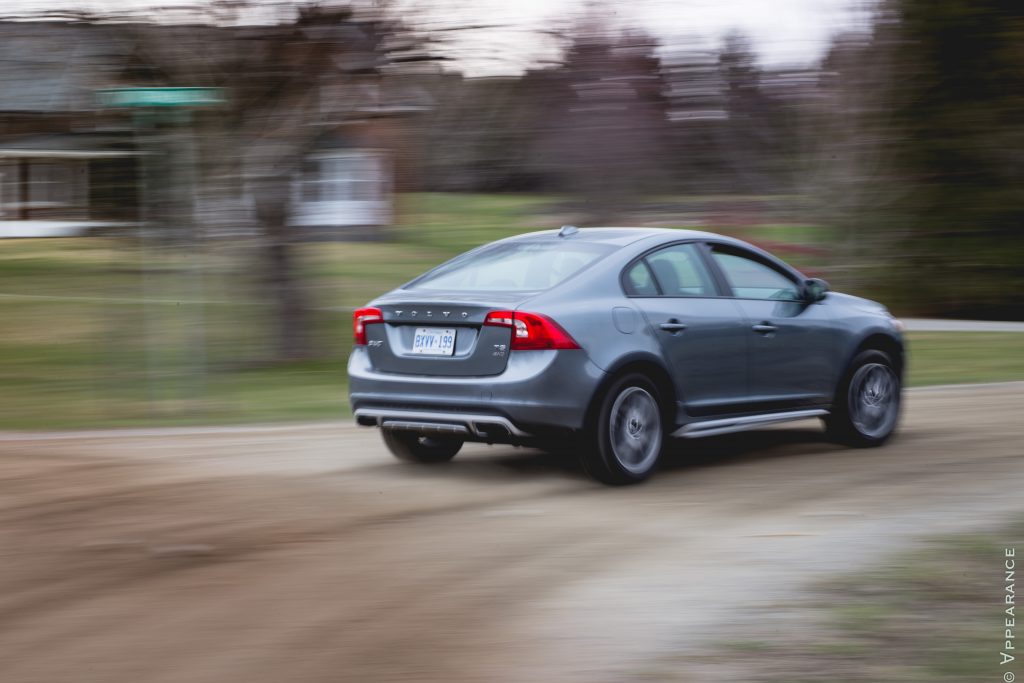 After spending a week in the 2016 Volvo S60 Cross Country and trying to fit a hockey bag in its rather cramped trunk, it took me some time to get around this car’s raison d’être.

This is definitely not the most practical vehicle on the market.

And suddenly, it hit me. Here in Quebec, the S60 CC makes a whole lot of sense because our roads are just plain awful. We also endure, like the Swedes, some of the harshest winter conditions known to man, so the idea of driving an elegant luxury sedan that can plow through snowbanks and drive over potholes without breaking apart is indeed very compelling.

For young professionals living in northern regions who don’t yet have children and aren’t ready to hit crossover lane, the S60 CC may just be the perfect car. 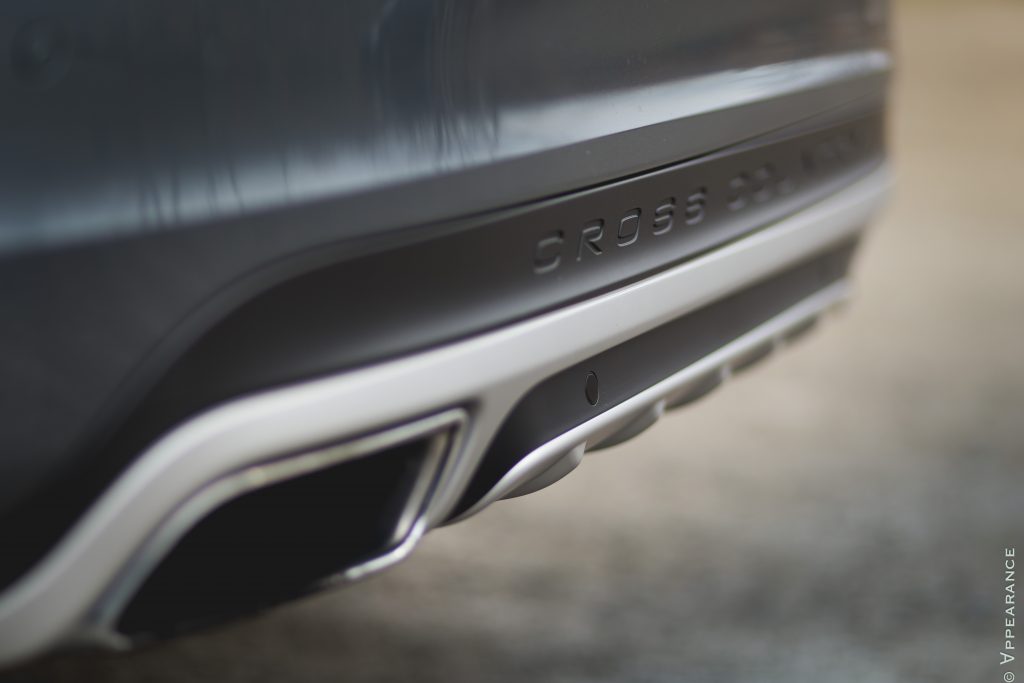 In conclusion, it was hard for me to find faults for this car. Although it is showing its age through its chassis, drivetrain, and infotainment system, the S60 remains a solid competitor to the Germans. 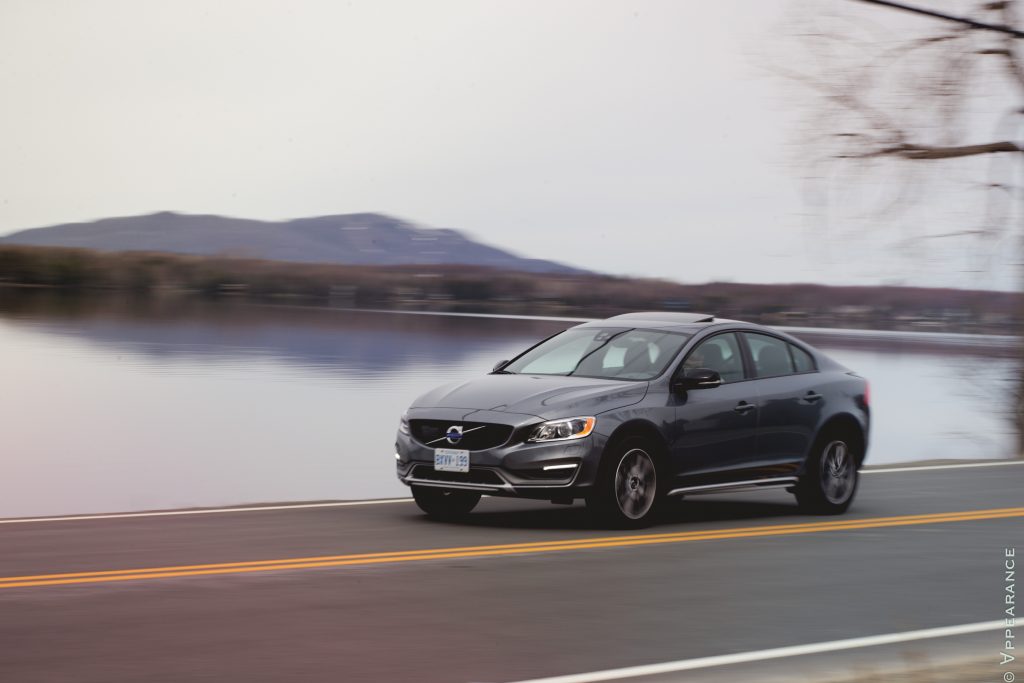 Equipped that way, your S60 CC will cost you $53 945. Which, in all honesty, is quite expensive considering that Acura will sell you a similarly equipped AWD TLX for just over $40 000. I do wish Volvo would include all that safety tech in their cars at no extra cost.

But overall, it feels great to see Volvo returning to the industry with bold new models and a fresh corporate image. The auto industry needs more Scandinavian ingenuity and the S60 CC is a sign of great things to come from the brand.

Review of the Volvo S60 Cross Country 2016 by William Clavey