The 2020 Jeep Wrangler Rubicon is currently the undisputed king of off-roaders. Well, that was until the 2021 Ford Bronco came to crash its party. Look, everyone knows a Wrangler is capable, which is why writing a conventional review of me beating the shit out of one in a trail felt a bit cliché. How about pitting it against a completely different type of adventure machine? Something like the very strange and fascinating 2020 Lexus GX 460? I basically threw them both in a large mud hole to figure out how they’d perform, and it was rather fun!

So Different, Yet So Similar

For the record, this comparison test wasn’t exactly planned. Since my photographer and I run two press units a week to maximize content production, we both ended up with these bad boys for a week. We figured comparing their go-to-anywhere promise would be fun, and rather revealing.

On one side of the ring, there’s the 2020 Jeep Wrangler Rubicon two-door, a $65,000 model equipped with all the possible go-anywhere toys the Mopar parts catalog has in stock. Out of the box, the Rubicon adds a set of BFGoodrich T/A K02 33-inch tires, a Rock-Trac transfer case with a 4.1 ratio, Dana M210 (front) and M220 (rear) axles, skid plates, a reworked suspension setup, and rocker panels made of steel.

Two engines power it, either a 2.0-liter turbocharged four cylinder or what my tester had, FCA’s well-known 3.6-liter Pentastar V6 good 270 horsepower and 295 lb-ft of torque. While we can all thank the lord for the availability of a six-speed manual gearbox across the lineup, my tester had the equally good eight-speed ZF-sourced automatic gearbox, which actually works better during off-roading.

How do I know that? Because 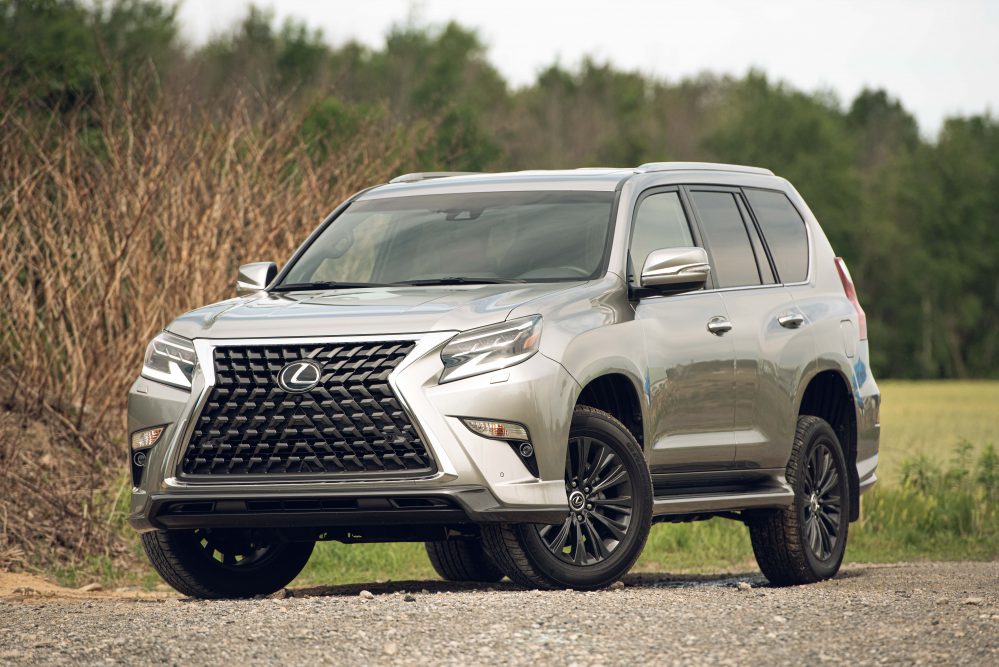 Facing this lifted Mojito-colored sun machine is perhaps Lexus’ weridest-looking sport utility vehicle currently on sale. Squeezed somewhere between a Lexus RX and a Lexus LX within the Lexus lineup, the GX 460 is essentially a Toyota Land Cruiser wearing a fancy grille and a stunning red leather interior. 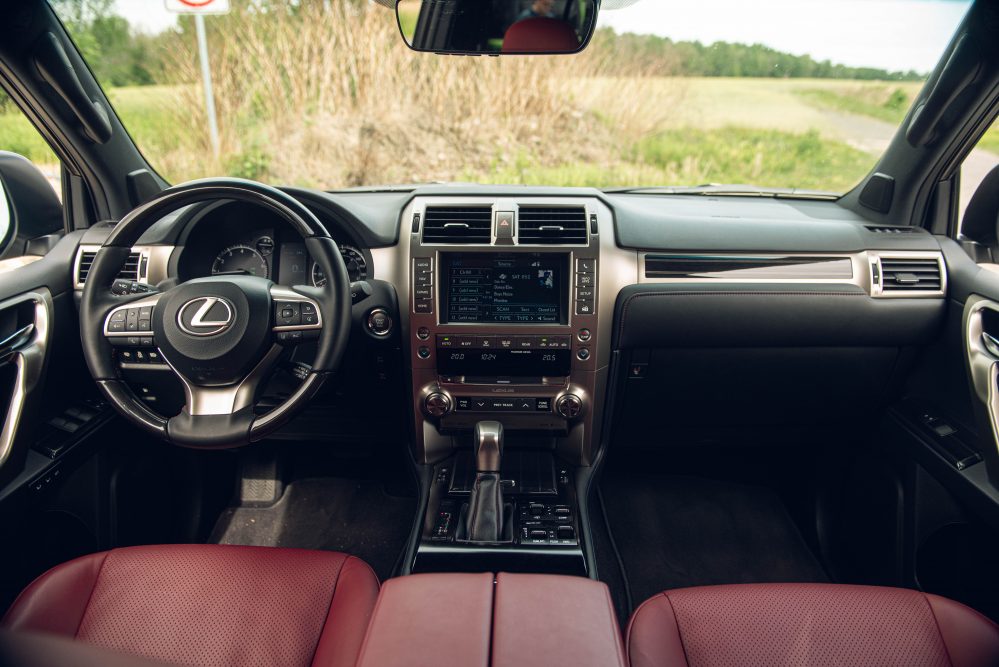 It’s Lexus’ answer to the Mercedes-Benz G-Class, if you will, a comfortable, roomy, but rudimentary beast that still rides on a body on frame architecture. A four-wheel-drive system with a locking center differential, electronic off-road aids and an adjustable ride height provides the GX its off-road credentials. 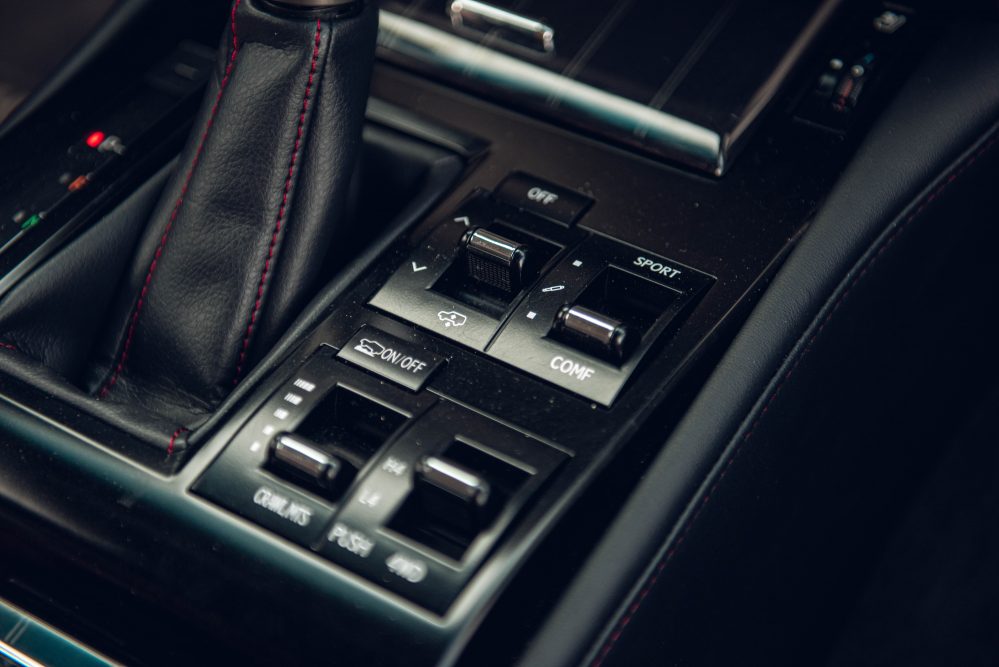 Power comes from an unstressed 4.6-liter V8 good for a lazy 301 horsepower and 329 lb-ft of torque. It’s mated to dated six-speed automatic gearbox, allowing this ‘Lex to sprint to 100 km/h from a standstill in a remarkably quick 6.2 seconds, and tow up to 6,500 pounds. While yes, many will argue that it lacks the refinement and technology of some American and European alternatives, the GX’s drivetrain is a reliable as a rock, and simple to maintain. 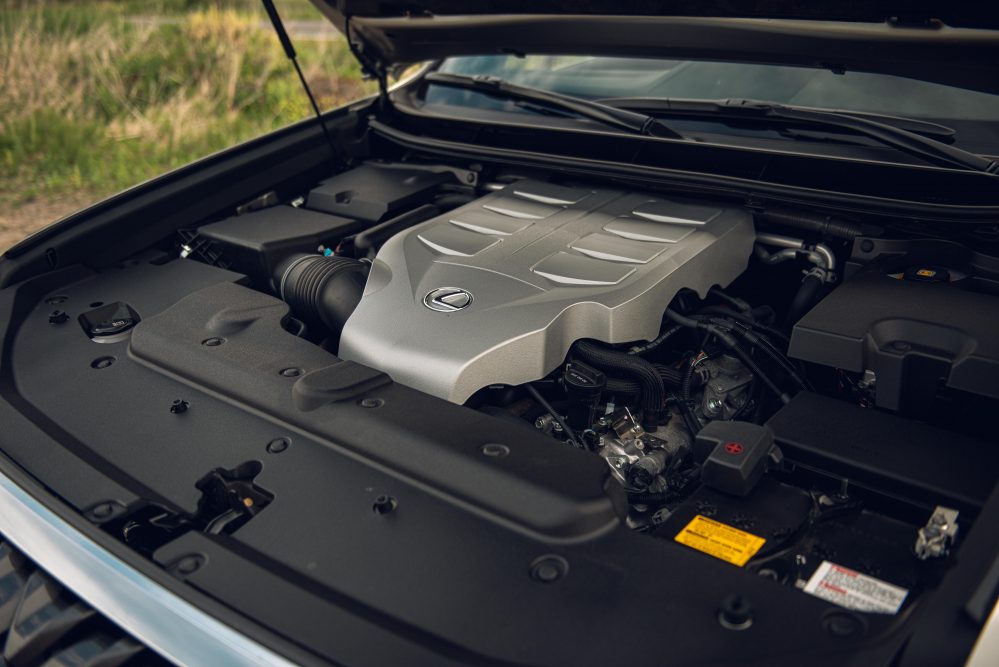 Pricing for the fully loaded truck you see here – which also includes a cool rear entertainment system with headphones and a cooler for your drinks, is $84,156. Which still undercuts anything comparable from European brands.

With a 44-degree approach angle and 37-degree departure angle, the 2020 Jeep Rubicon 2 door is currently Jeep’s most capable machine. That’s instantly felt the moment you drive through the first muddy chasm, as its body bobs, weaves and flexes from the motions of its undeniably purpose-built suspension. There isn’t much a Wrangler can’t climb over.

Thanks to its thick, knobby tires and 10.8-inch road clearance, my Jeep never even came close to rubbing a rock or a branch as I plowed through that trail. The Rubicon allows you to lock its differentials and engage 4×4 Low. It’ll even let you to manually disengage its sway bars for ultimate articulation, but none of that was necessary for my adventure. That’s how “trail-rated” a Jeep is.

I left the thing in 4×4 high, and it bounced its way out of the mess with very little effort, slinging mud onto its bright, flashy paint job and making sure its enormous wheel wells were nice and mucky. I was actually impressed by how fast I could throw the Wrangler in the tough gritty stuff without fear of actually breaking it. Its live axles may be an old by design, but they nevertheless allow a wide range of wheel travel and body motions an independent setup simply can’t provide.

While my Wrangler of choice would definitely come with a stick and three pedals, I continue to adore the automatic gearbox with the V6 combination, especially during off-roading thanks to the possibility of driving with two feet. If you don’t know what I’m talking about, I highly suggest you start hanging out with serious off-road spotters. They’ll teach you a few things about using you feet and  hands to better climb your way out of a rough spot.

On the road, the Wrangler doesn’t hide its adventure-ready pretensions. Body roll is unsurprisingly high, and steering correction is still necessary due to its inability to track straight. This, however, is the most refined Wrangler to date. There’s less bouncing around, less bobbing and weaving the moment you drive over a train track and a general sense that FCA thought things through this time around. Meanwhile, the V6 engine pulls strong and remains a peach to rev the snot out of. Sounds good too!

Hence, and perhaps unsurprisingly, this is why the 2020 Jeep Wrangler Rubicon comes through as the more capable machine here. Like an ATV or a side-by-side, you sense it was built to live in tough environments and just keeps asking for more as you pit it against the worst Mother Nature has in stock.

Plus, the fact that it can shed its roof and doors during hot summer days still makes the 2020 Jeep Wrangler Rubicon a fun and unique machine, one the Bronco will have a hard to dethrone. 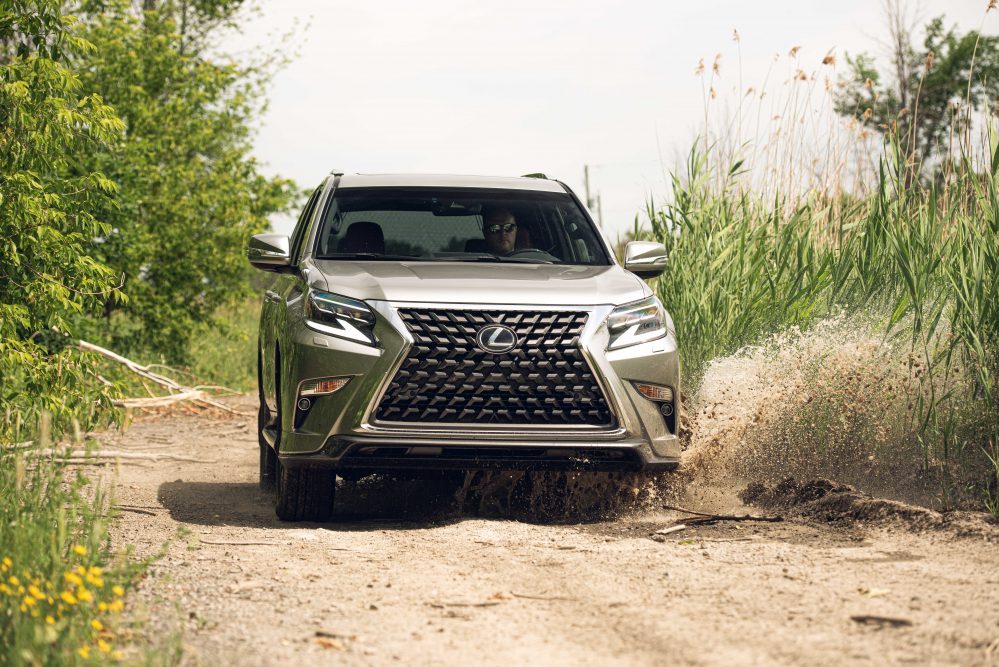 The moment I felt the Lexus GX 460’s underbody scrub the trail’s first section, I immediately knew I wasn’t driving something as focused as the Wrangler. While yes, the GX allows you to lift its rear suspension for up to 8.1 inches of ground clearance, its approach angles are simply not as aggressive as the Jeep’s. That ginormous grille also acts as a big shovel when driving out of a hole, which is a bit stupid. 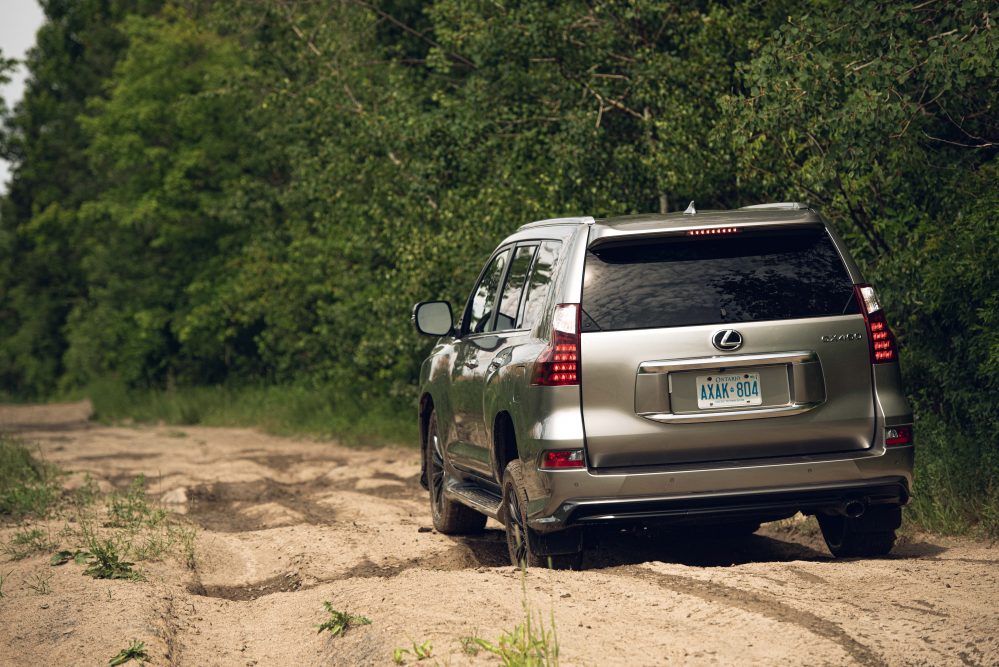 But the GX still has some innovative off-roading tricks up its sleeve. Thanks to the Lexus Kinetic Dynamic Suspension System (KDSS), its suspension optimally adjusts front and rear stabilizers based on a set of interconnected hydraulic cylinders. 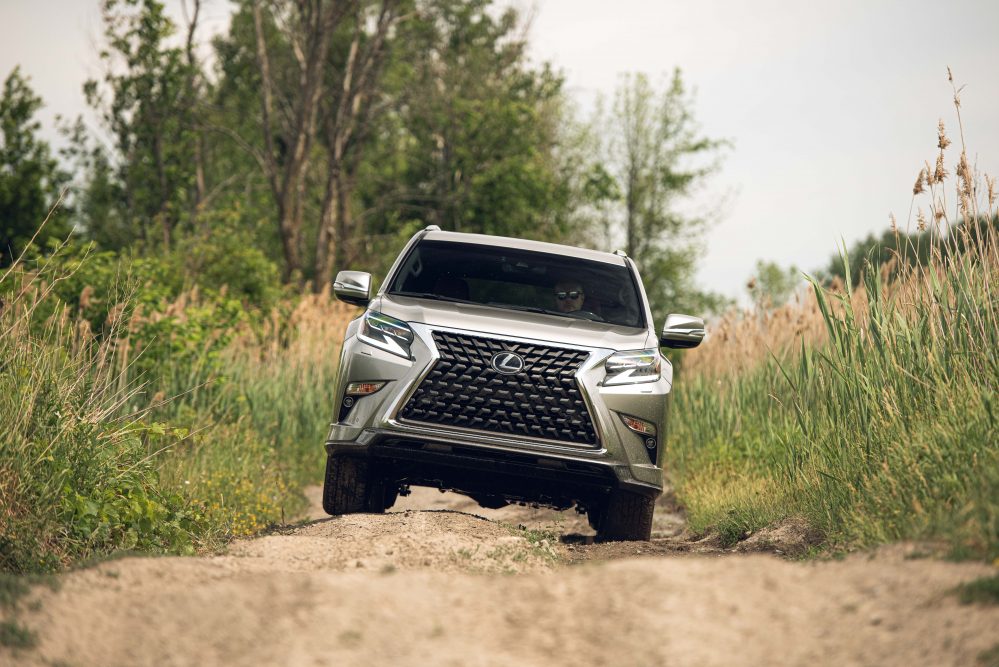 Furthermore, the KDSS system can automatically disengage the stabilizer bars the moment it senses a wheel has dropped, therefore ensuring maximum and, more importantly, independent wheel articulation. The GX also has a slew of electronic aids, like Crawl Control, Downhill Assist Control (DAC) and Active Traction Control (A-TRAC) to help it take on Mother Earth. 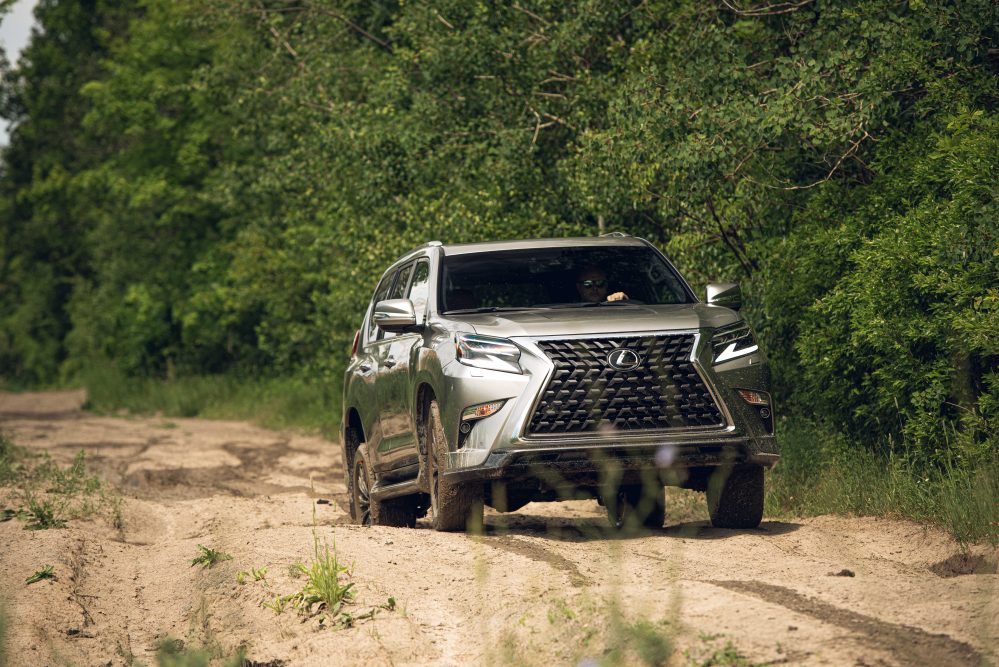 The GX continues to flex its gadget muscles with things like a Torsen differential that distributes a variable torque split when it’s left unlocked, including a 40:60 (front:rear) ratio under normal driving conditions, a 30:70 ratio during cornering, and a 50:50 ratio when rear wheel slippage is detected. 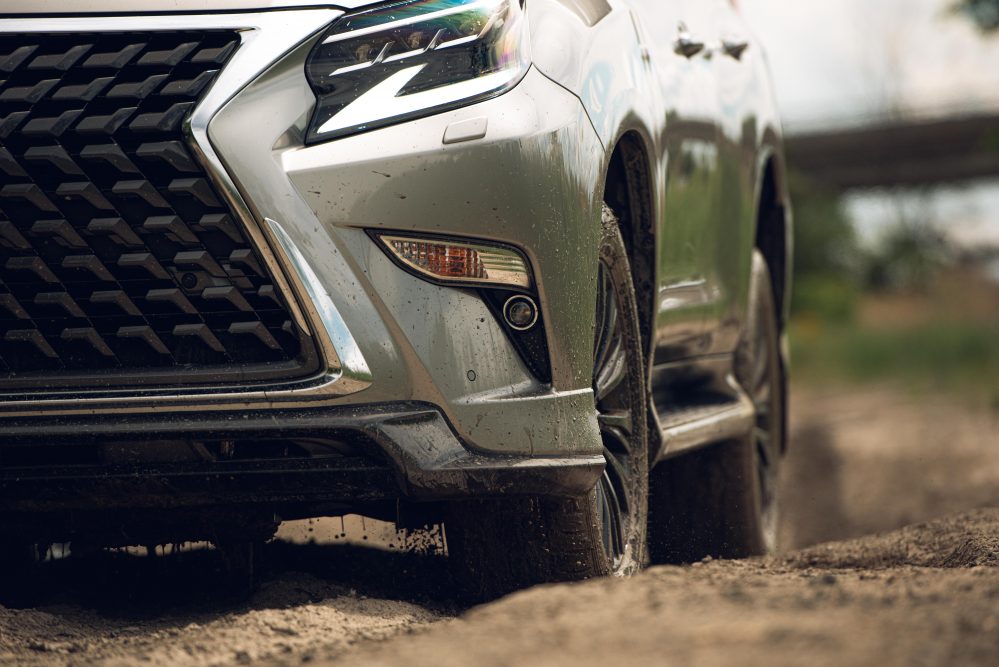 All this technology, and the GX’s heavy front end inevitably prevented me from driving through the trail as fast as in  the Wrangler, which quickly I quickly found out after some light scrapes and bumps. With the GX, you need to take your time. Off-roading becomes a precise and nearly surgical operation. Choose your angles wisely, however, and the big Lexus will still hold its own against the playful little Wrangler. 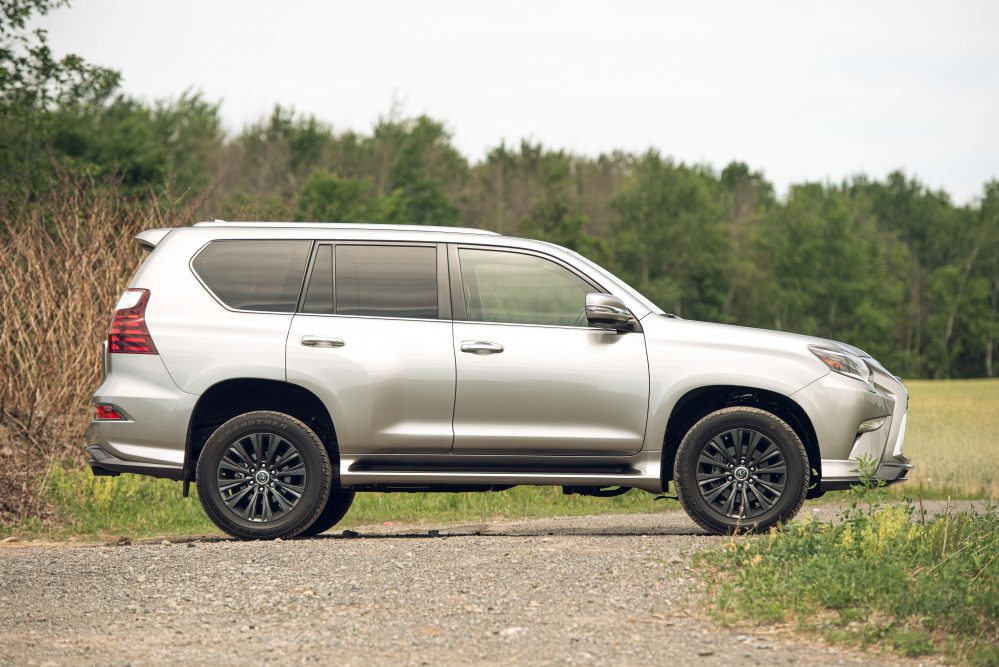 I would nevertheless have appreciated a a good set of off-road tires for this supposedly adventure-seeking contraption. Compared to the Wrangler’s setup, the “dirt and snow” tire package Lexus fitted this tester with is weak at best. 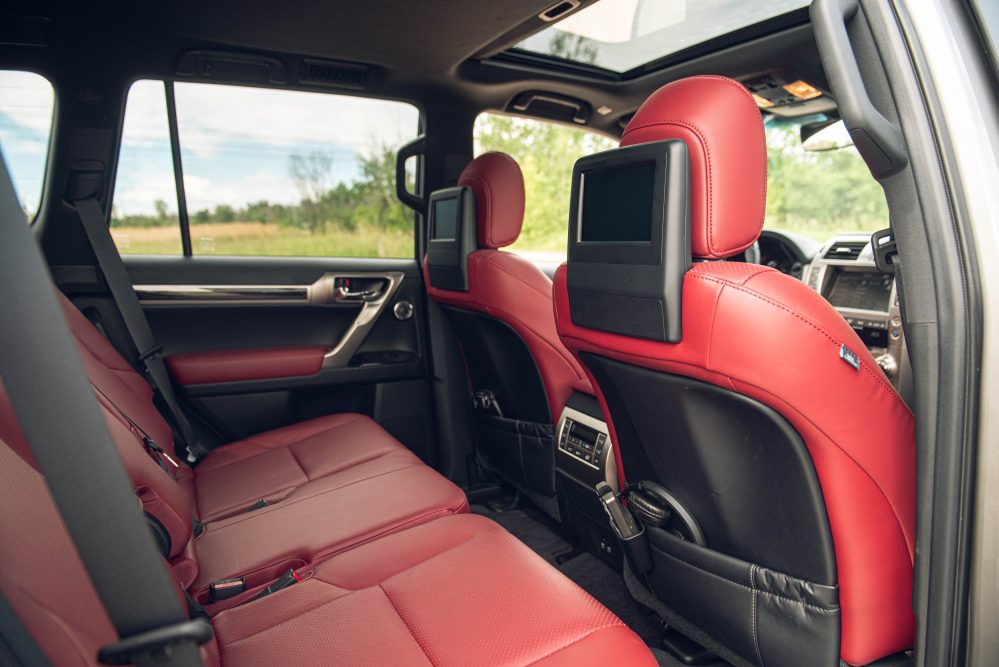 While riding on a platform from the 20th century, the GX still inherits the Lexus creamy velour treatment. The cabin is quiet, build quality is impressive, and the entire product is oozing with good old fashion Japanese engineering. 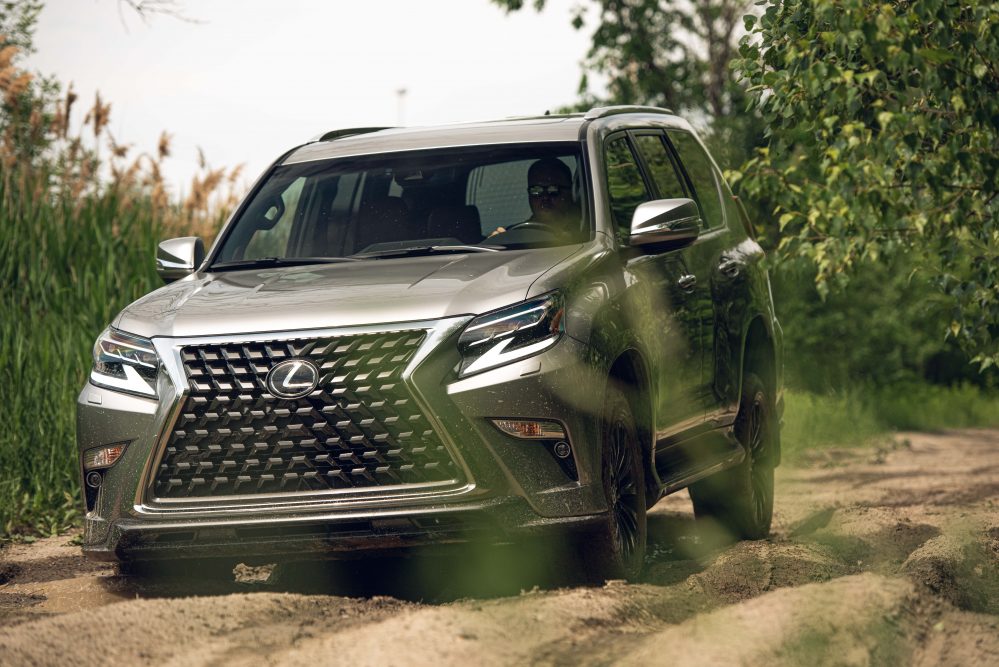 The engine is sorta energetic in the higher revs, and has good throttle response, but there’s nothing refined in the way this V8 delivers its power. The gearbox works fine, but the lack of gears reveals a dated setup. Unsurprisingly, body roll is very apparent, and handling is clumsy around town, but the ride quality is surprisingly smooth, and the comfort provided by those enormous leather seats is impeccable. It’s just a downright more enjoyable and relaxing place to spend some time in than the Jeep. 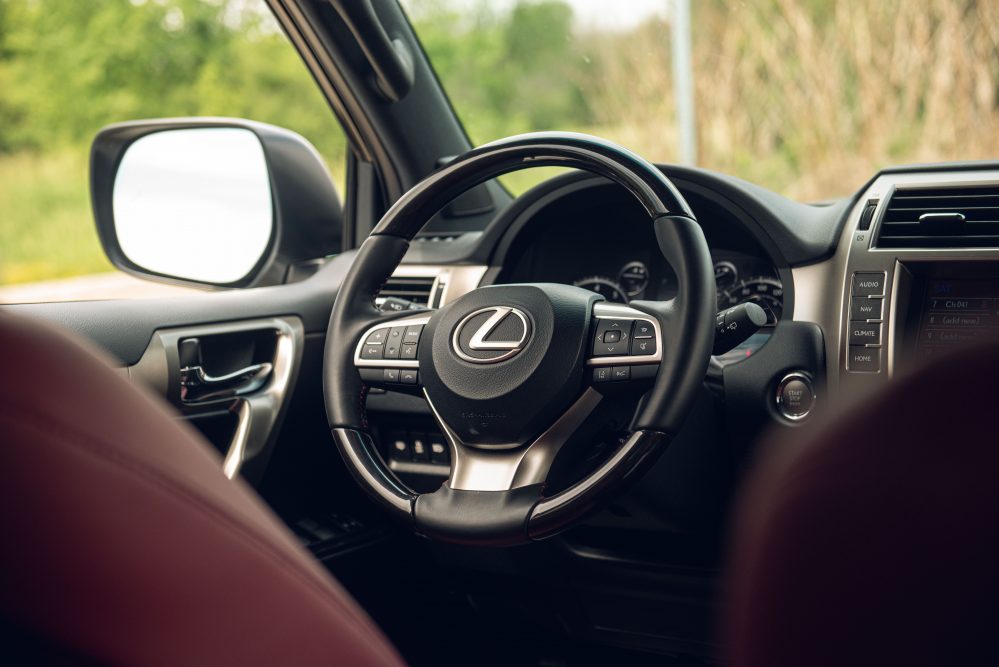 So, unsurprisingly, both these four-by-fours are destined to two completely different demographics. You already knew that. But it’s interesting to observe how they fill two very specific niches, and how at the end of the day, they go about different paths to get you at the other end of the trail.

Which one do I prefer? Well, the easy answer would be the 2020 Jeep Wrangler Rubicon, as it fits my personal lifestyle, and financial realities. The Wrangler, especially in Rubicon trim, has a generally more playful attitude, from the way it eagerly takes on a beaten path, to the possibility of driving top and doors off as if no fucks are given. It’s still a winning formula that has allowed the Wrangler to remain alone in its niche for over three decades.

The Lexus GX 460, while not particularly refined or modern, nevertheless remains a strong value proposition against other luxury offroaders like the Mercedes-Benz G Class and perhaps, a Range Rover. 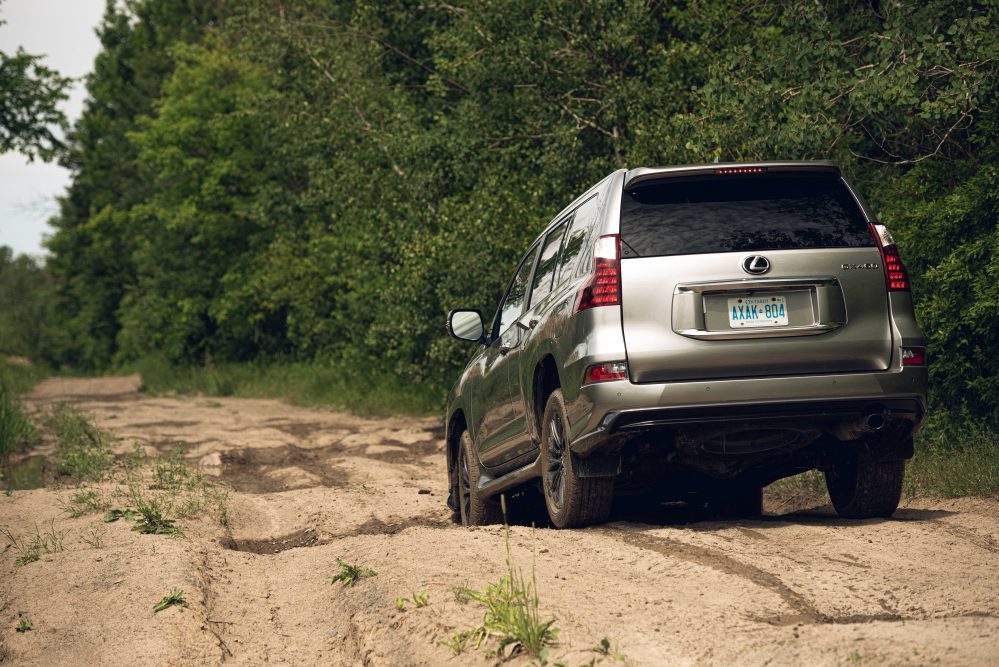 The Lexus is cheaper than those models, still provides its owners with an immense amount of luxury and creature comforts and maintains the Lexus promise of reliability and resale value intact. In a world where everyone is shifting to unibody car-based crossovers, the GX’s classic roots allow it to ironically come through as a refreshing offering. Like the Toyota Land Cruiser on which it’s based, expect this GX 460 to gain market value over time.