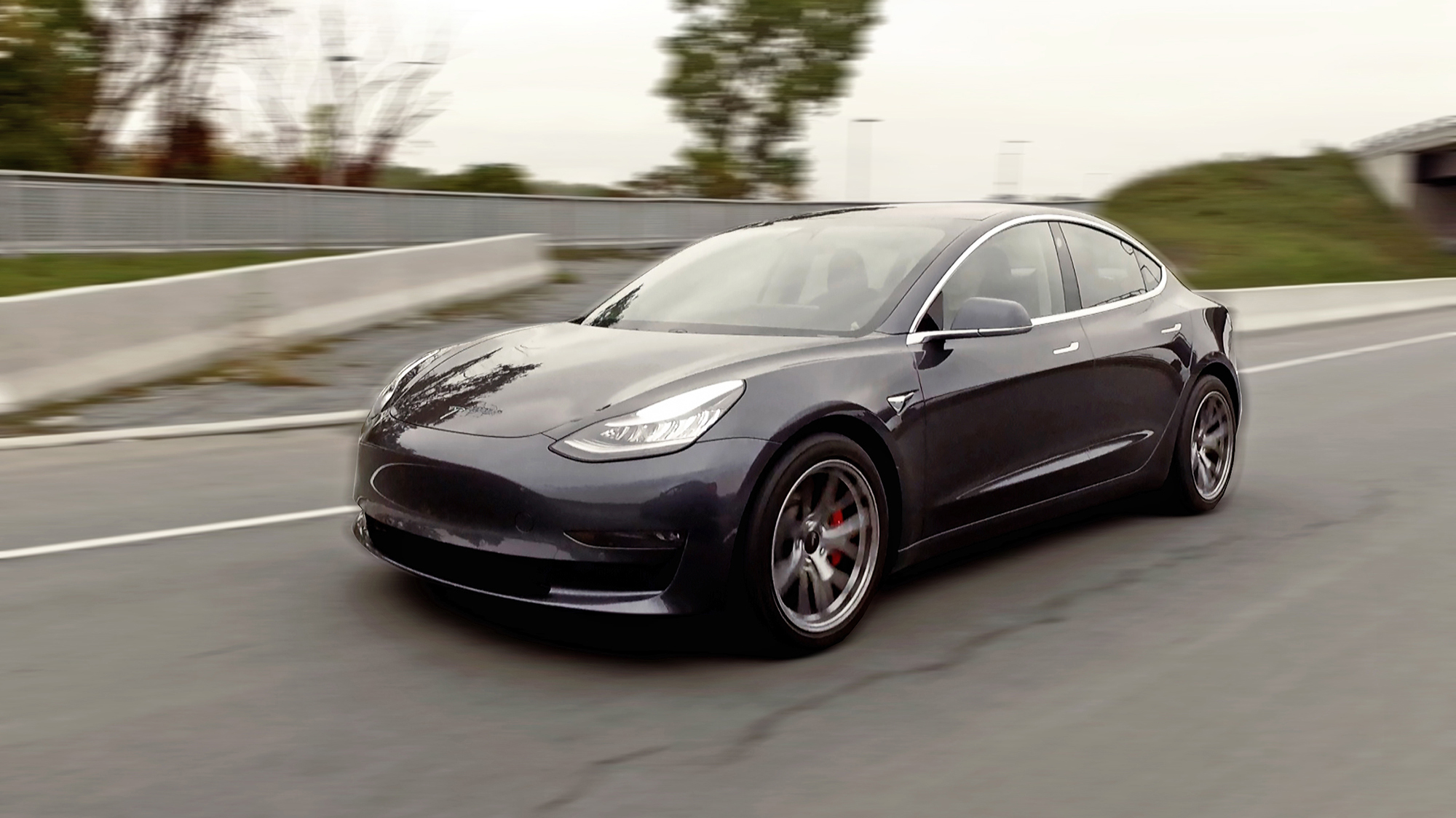 The Tesla Model 3 is finally here, and as you probably noticed, there are quite a bit of them on the road. That’s because the hundreds of thousands of people who made a deposit for one more than two years ago are finally getting their cars.

It’s ironic, though, because the ones on the road are not the forty-seven-thousand-dollar car Elon Musk had promised. Those are just coming out now. The cars you’re seeing are typically more equipped; Tesla essentially prioritized deliveries of more expensive versions. Because, you know, it needs to make a profit. Since it was nearly impossible for me to find an affordable Model 3, I figured I’d put pricing aside and simply review the most hardcore version available: the 2019 Tesla Model 3 Performance. 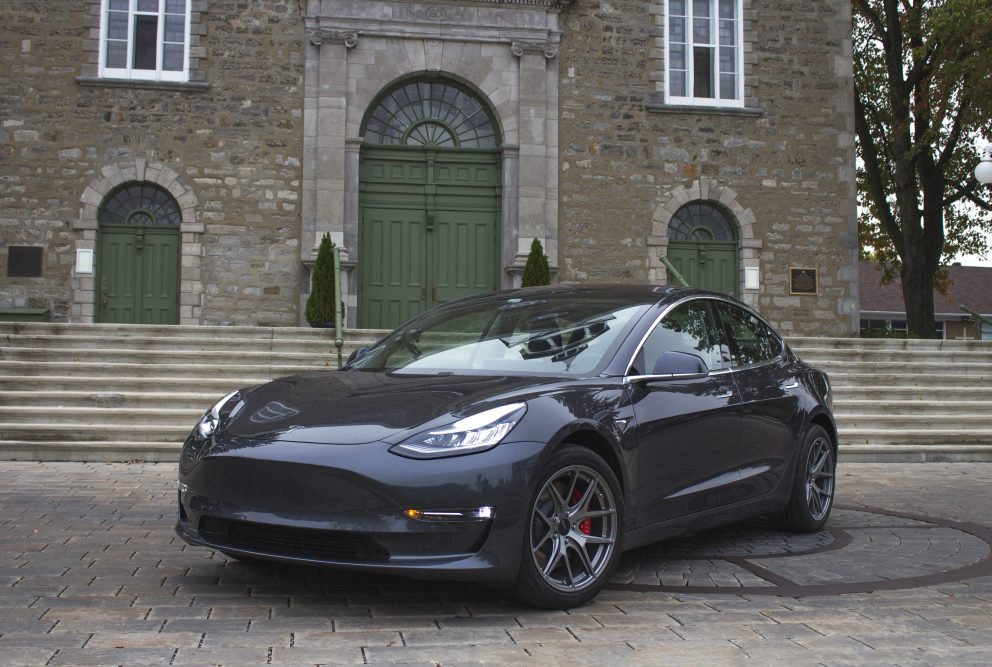 It’s hard to write about the Tesla Model 3 without mentioning Elon Musk. After all, not only is this car straight out of his imagination, the multi-billionaire and business magnate – or as he likes to call himself, a business magnet – quickly realized that manufacturing a mass-production vehicle is not an easy task. The Model 3 not only ended up arriving late, Tesla’s Fremont factory, in California, could barely sustain the load. And when the car finally arrived, Consumer Reports destroyed it, stating it couldn’t recommend it.

Add to that Elon’s peculiar attitude towards the media as well as a series of frankly stupid tweets, and it’s evident that the South African visionary went through what he himself calls “manufacturing hell”. 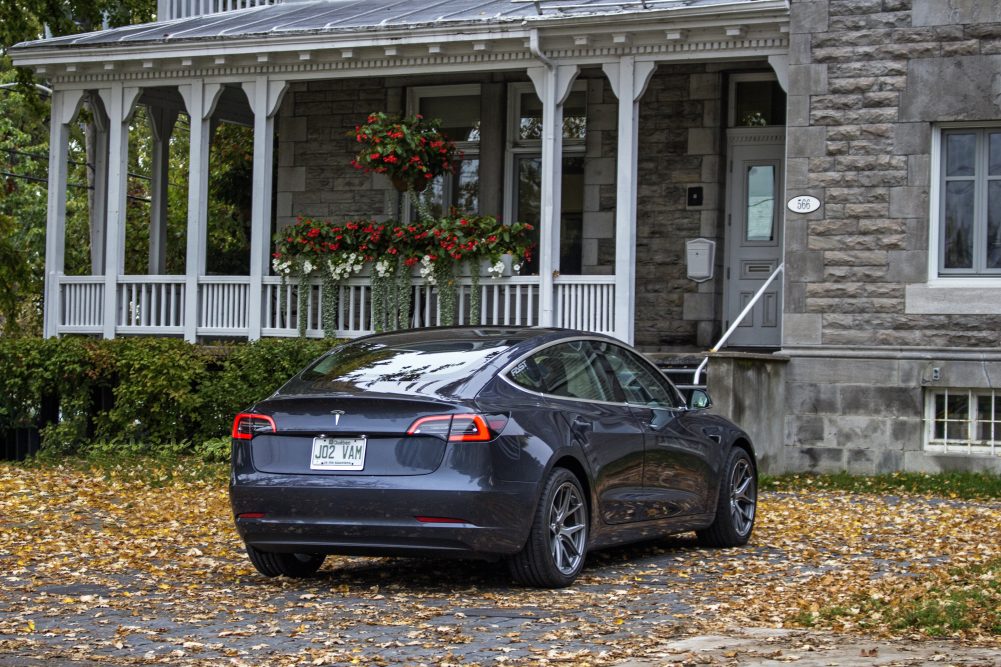 Customers, on the hand were sadly left with a much longer deliver delay than they had anticipated, with a car costing them several thousands of dollars more.

The owner of the Model 3 Performance you see here (since Tesla responds to no media, I need to borrow cars from owners to review them), Ian Pavelko, was hit hard by the Model 3’s manufacturing and marketing shenanigans. He was among the first Canadians to drop a deposit on one. He even slept in a tent, in front of the Tesla store in Montréal to be first on the list. Three years later, he can finally take delivery of his Model 3, except it’s costing him a whopping $99,300. Damn! 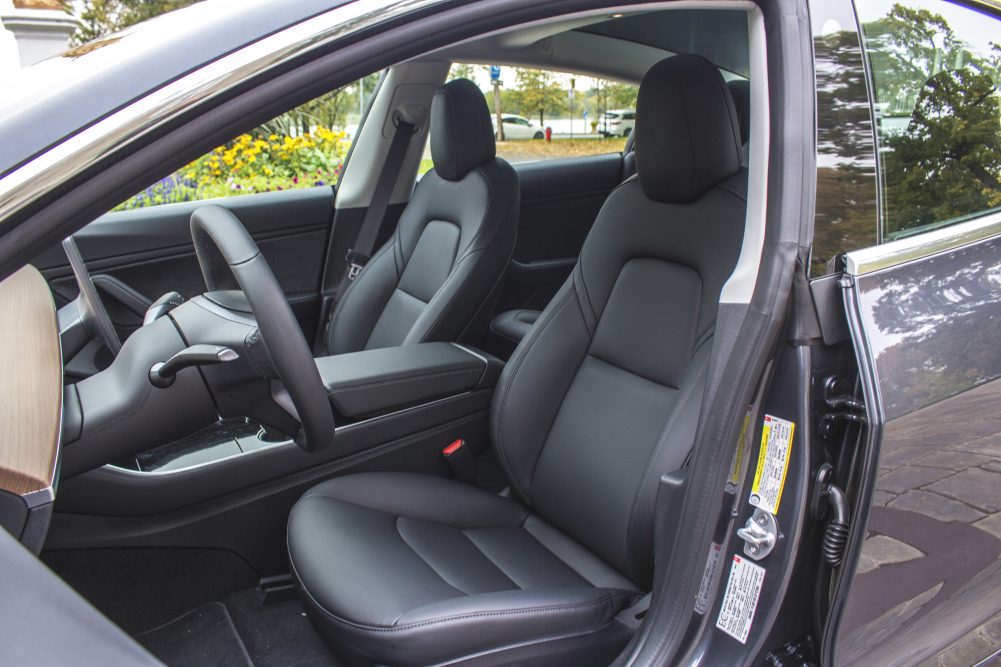 But Ian doesn’t care. He, like you and me, is an automotive enthusiast, and admires performance, engineering and technology. He figured he would still be getting a lot for his money, even if his Tesla ended up costing him the same price as a well-equipped Chevrolet Corvette. 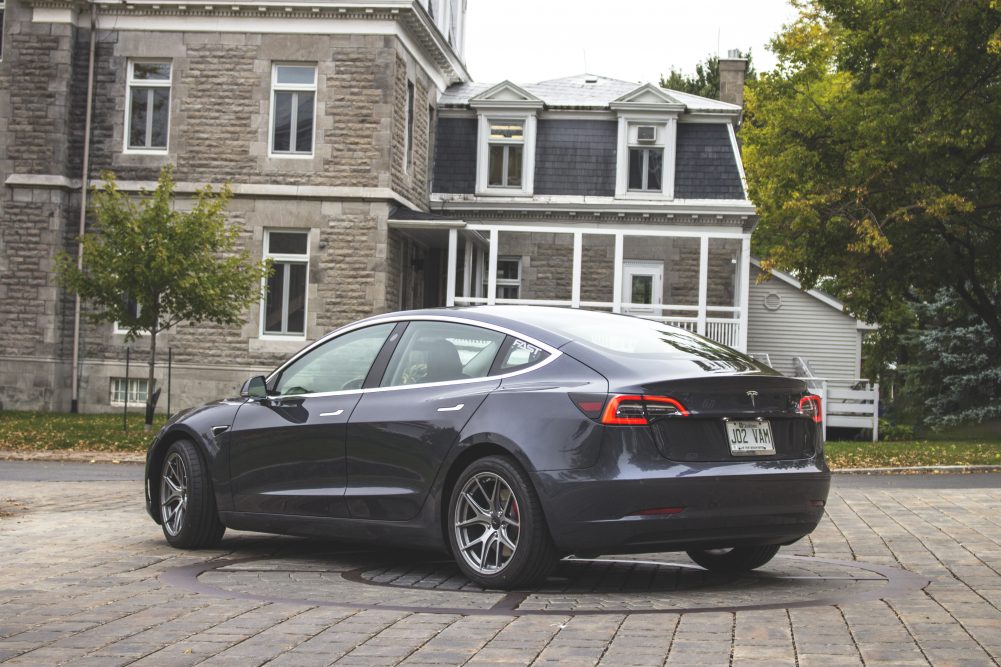 What contributes to this inflated price tag, is the fact that his Model 3 is the most equipped (except Full Self Driving) and fastest model available. Would you believe that the Performance package is a $39,200 option? Oh yeah.

What you get though is nothing short of extraordinary. Power from the Dual Motor all-wheel drive system is rated at 450 horsepower and 471 lb-ft of torque. Range is estimated at 500 km, the highest for any EV currently sold on our market. The Performance package adds larger brakes, chassis reinforcements and a few software tweaks aimed at enhancing performance. Our pal Ian also added the Autopilot option to his car, because why not?

Unsurprisingly, acceleration is brutal: the Model 3 Performance will jolt from 0 to 100 km/h in just under 3.5 seconds. This puts it in the same ballpark as compact hyper sedans such as the BMW M3, the Mercedes-AMG C 63 S, the Alfa Romeo Giulia Quadrifoglio or even the Audi RS 3. 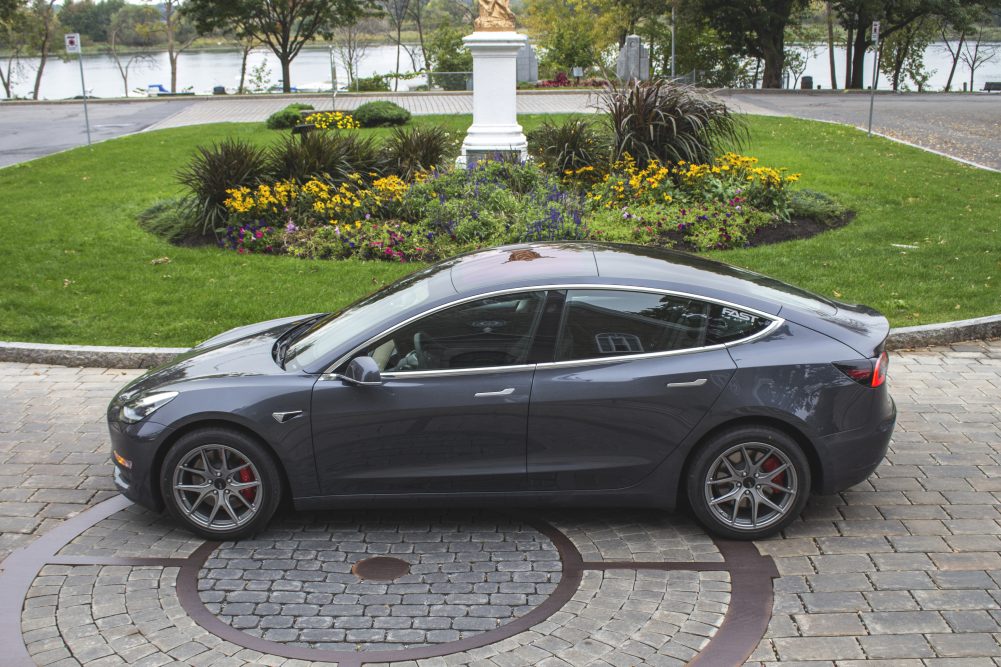 Now, if you think 100 grand is expensive for a battery-powered iPhone on wheels, it’s actually still packed with value when compared to its main rivals. A Jaguar I-PACE will only get 386 km on a full charge, and its zero to hundred time isn’t nearly as close, 4.8 seconds to be exact. Even the next generation of luxury EV’s can’t match the Model 3. Polestar is promising a near 100-grand electric sedan next year with an estimated 500 km of range too. But it can only sprint out of the box in about five seconds. 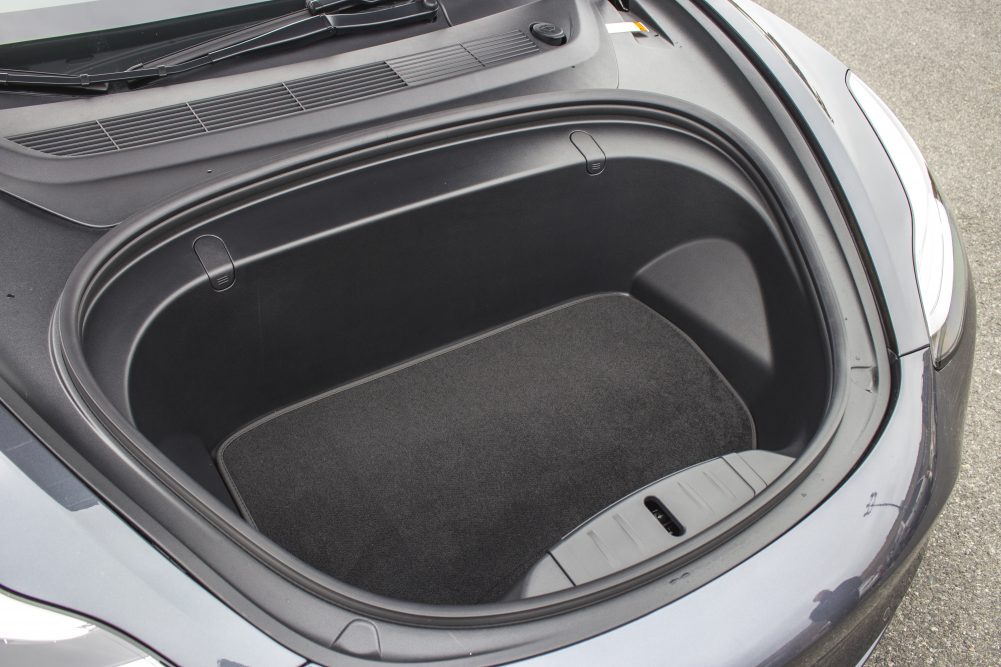 So yes, the price is totally justified. As a matter of fact, to shoot this car, we were following the Model 3 in a BMW M2. Or should I say trying to follow it. The Tesla would not only demolish the Bimmer in acceleration, once in the bends and highway onramps, we could barely hang on to its tale. That’s how much a Model 3 Performance handles. 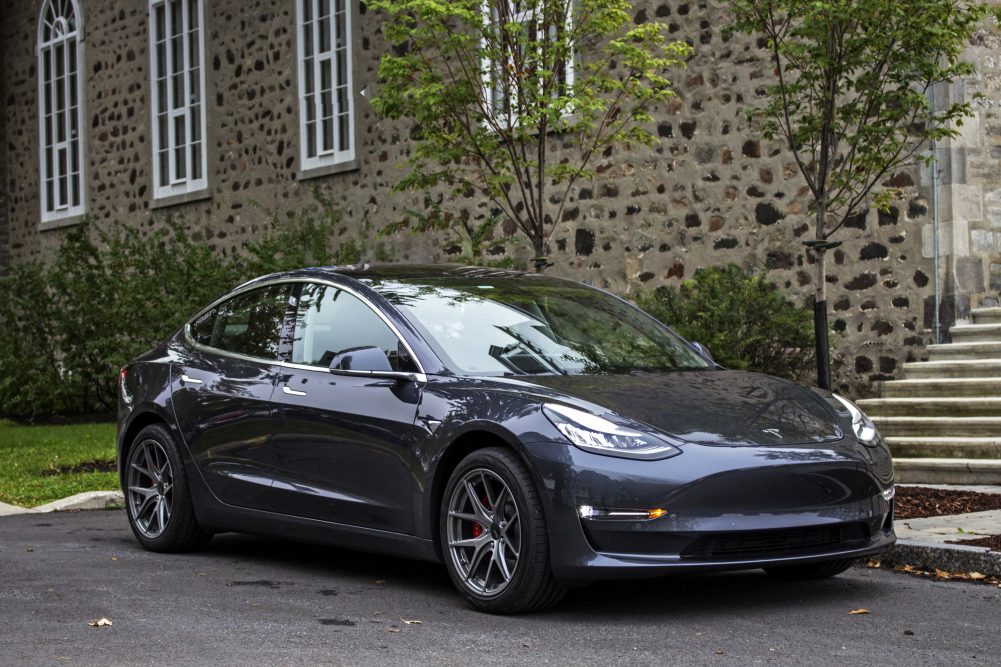 Now, I’m sure you’re wondering how build quality is, since everyone seems to enjoy shitting on Tesla these days, but you know what? The Model 3 is frankly very good. At least, the one I was driving was. Yes, I have heard about some inconsistencies from one car to the next.

But, since I had a BMW sitting next to my tester, I was able to compare panel gaps, build quality, sound insulation and ergonomics. Sure, the Model 3 has some imperfections here and there, like in the window sills, and trunk lid, but we’ve seen much worst from General Motors. Or FCA. 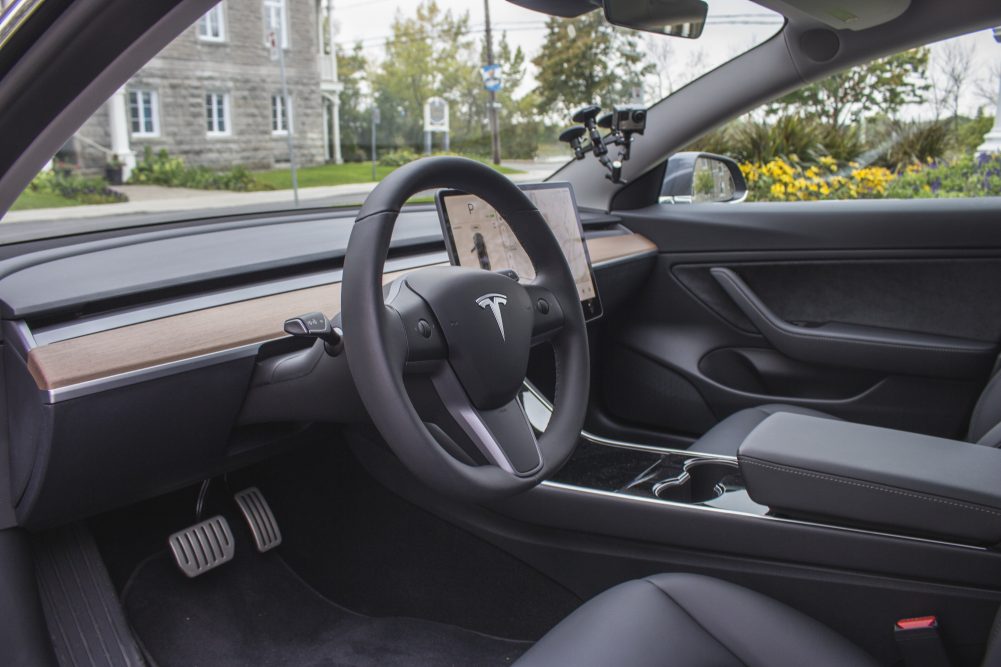 Getting inside a Model 3 requires no key fob, it either detects an app on your smartphone, or you swipe a card on the door, kind of like in a hotel room.

Once inside, there’s nothing, and I mean nothing in front of you except a giant LCD screen adorned right smack in the centre of the dashboard. Elon wanted a clean and uncluttered dash, something that led to nightmares for its engineers who worked overtime attempting to integrate a functional and safe climate control system without it being visible. 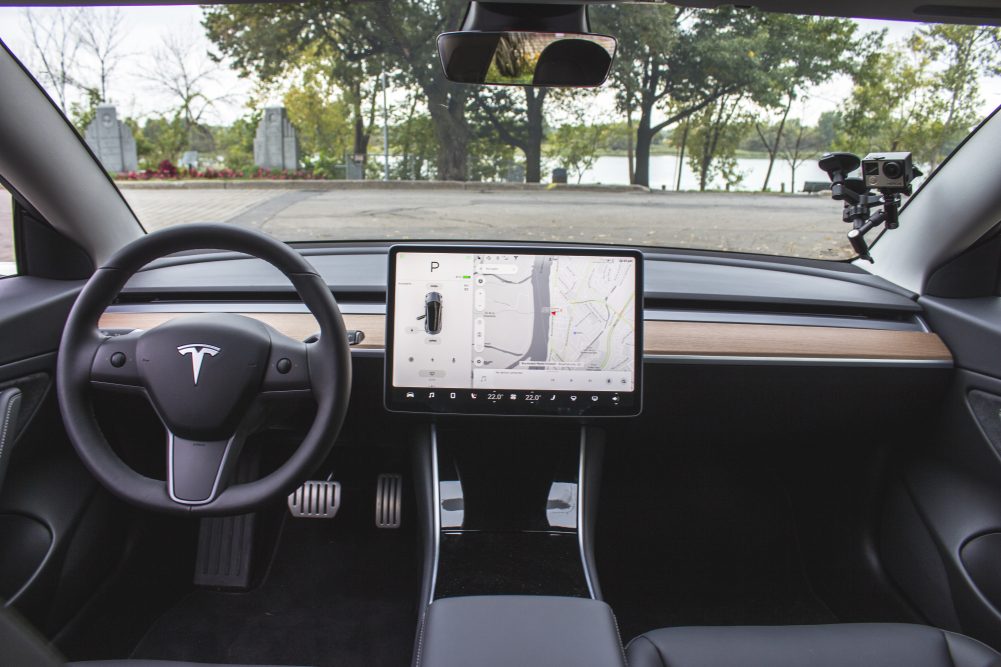 It’s an odd, yet clean design, allowing for a much more substantial visibility up front. The large windshield that stretches all the way to the roof certainly helps enhancing the effect. Personally, I would have preferred a bit more display in front of me, or at least, projected in the windshield. Having to constantly look at a screen for speed or other valuable information gets annoying quick. Also, everything is adjustable via that screen, even mirrors and the steering wheel. 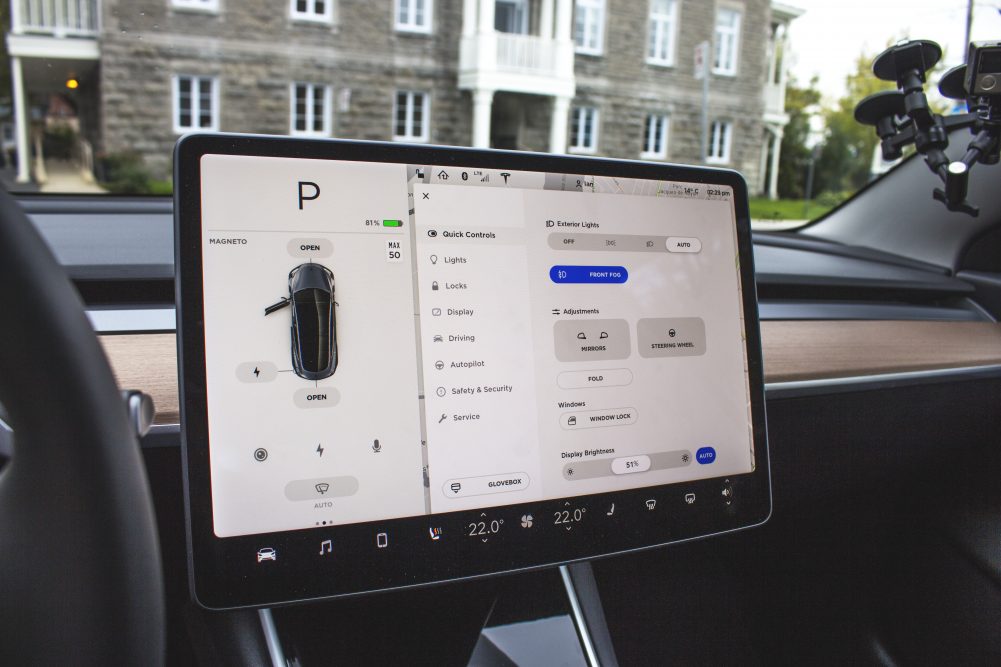 To its credit, it’s a clear, well-layed-out interface, but simple commands often require several steps, which could be simplified with a button on the dash. The only physical command you have at your disposal, is a stalk by the steering wheel, which puts the car in gear.

On the road, the Model 3 is just as quiet as what you’ll get from a premium sedan of this price range. The chassis is ultra solid, the suspension is smooth yet compliant and, without surprise, the moment you gun that throttle pedal, you’ll be warped to another location before you can even blink an eye. The Model 3 is fuckin quick. Bone shattering quick. 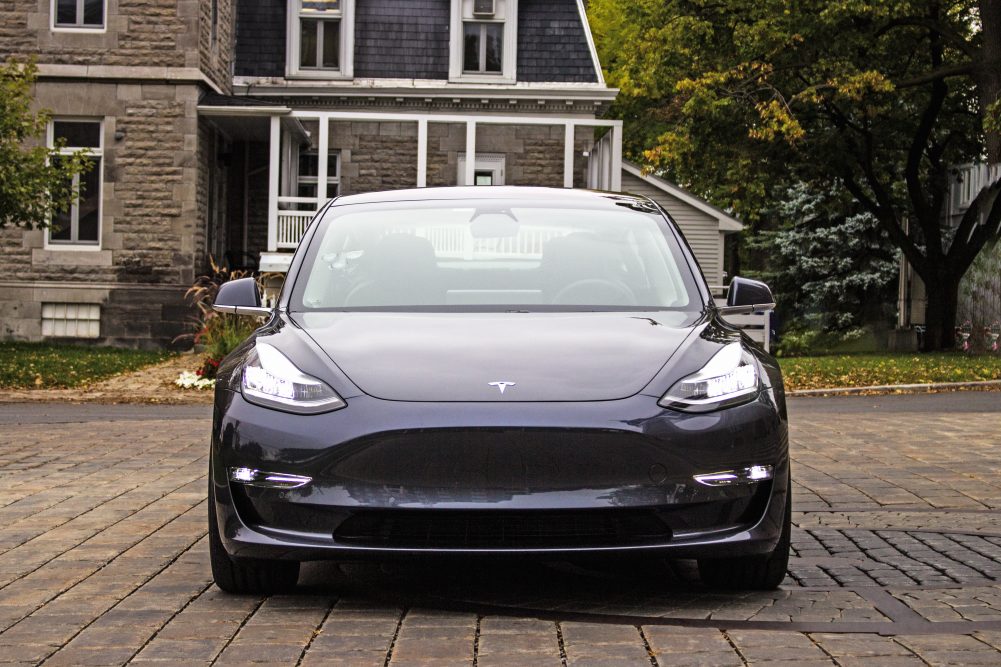 So, no, the Tesla Model 3 isn’t affordable. At least, not when fitted with the Performance package. It might take you a while to get one, and you’ll need to deal with Tesla’s inconsistent reliability rating once its parked in your driveway. What you will get, is an engineering tour de force, one of the most advanced machines currently on four wheels, a car as eccentric and out-of-the-box as the man who created it. I love it precisely for that: for its flamboyance. If that’s not worth your hard-earned money, I don’t know what is.