Yes, the 2020 Volvo V60 Cross Country is pretty much a lifted wagon version of the 2019 Volvo S60 I drove earlier this summer, and essentially a smaller format of the very brown V90 wagon I threw in the mud a few years back. But that doesn’t prevent it from being desirable as hell. As with all modern Volvos, this is a car that makes you feel great about yourself, and in Cross Country form, you might even discover newfound land you couldn’t normally admire in a conventional automobile. 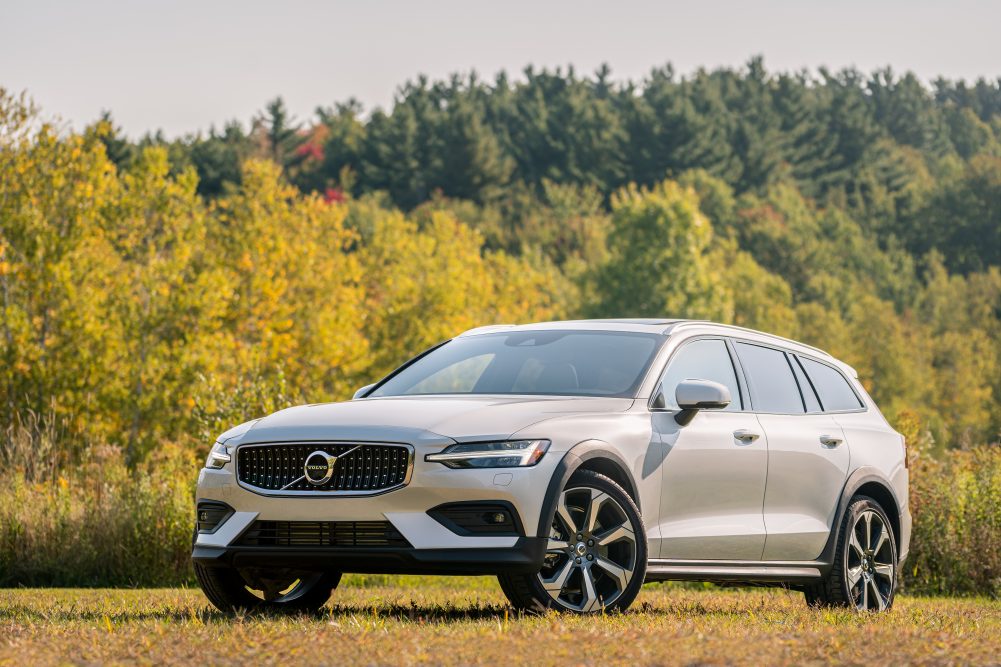 The 2020 Volvo V60 Cross Country shares its entire underpinnings with the standard car, but there are nevertheless some interesting differences here that help it set itself apart from its non-Cross Country siblings. For starters, there’s, well, the obvious beefed up looks by way of a suspension lift, body cladding and the optional (and absolutely insane-looking) 20-inch wheel package my tester was fitted with. These slight alterations suddenly make this Volvo wagon resemble many of the so-called SUVs on the road, and makes you wonder why get the “utility vehicle” in the first place.  Besides,  look  how  GOOD  this  thing  looks! 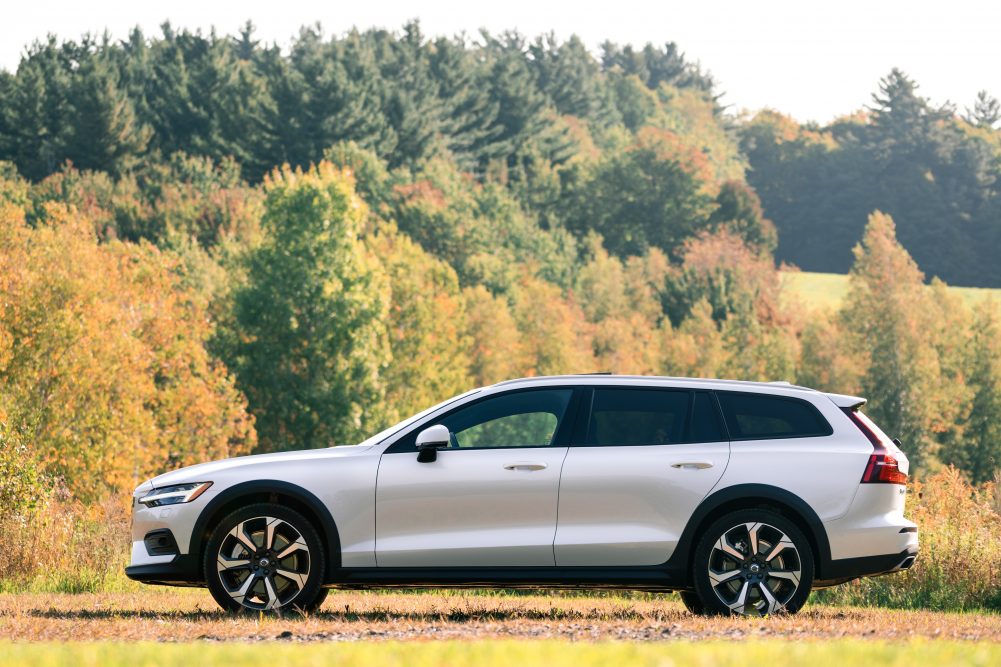 When you think about it, this has all the adventure-seeking, cargo-carrying capabilities you’d expect from a utility vehicle, but with the supermodel good looks of a Scandinavian-designed car, not forgetting notably more dynamic handling characteristics. 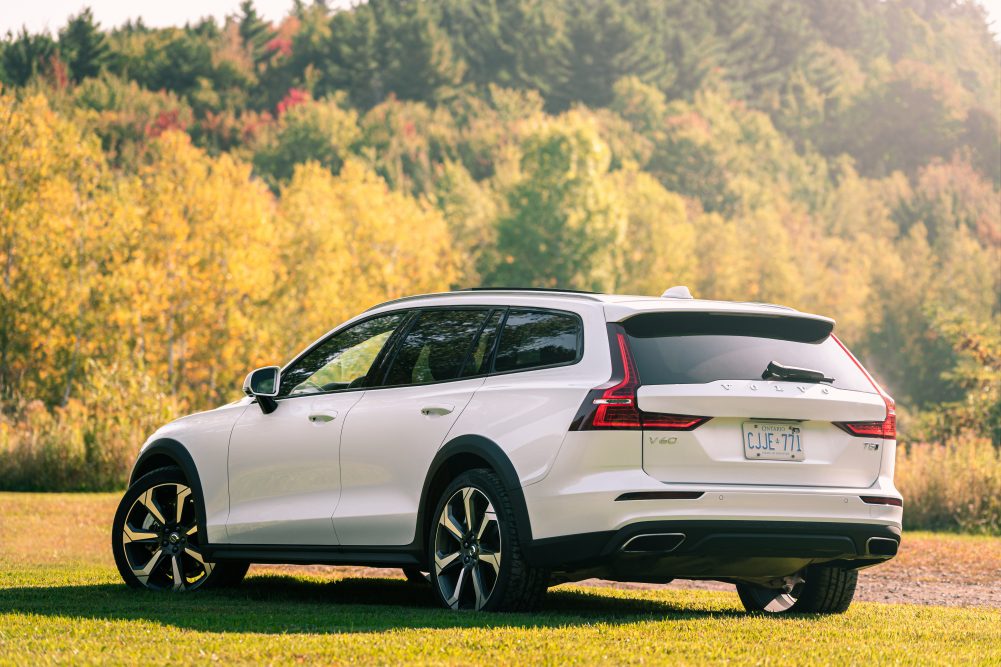 Total cargo space in this thing, once those rear seats folded flat, is 1,441 liters, which puts it in the same ballpark as some compact SUVs. So why the hell would you get an Audi Q5 instead of this?  Another cool fact is that all Volvo Cross Country’s come standard with all-wheel-drive, a hill-decent feature, and an “Off-road” mode which fiddles with the car’s traction control system to improve its crawling abilities. And  frankly,  it’s  surprisingly  capable. 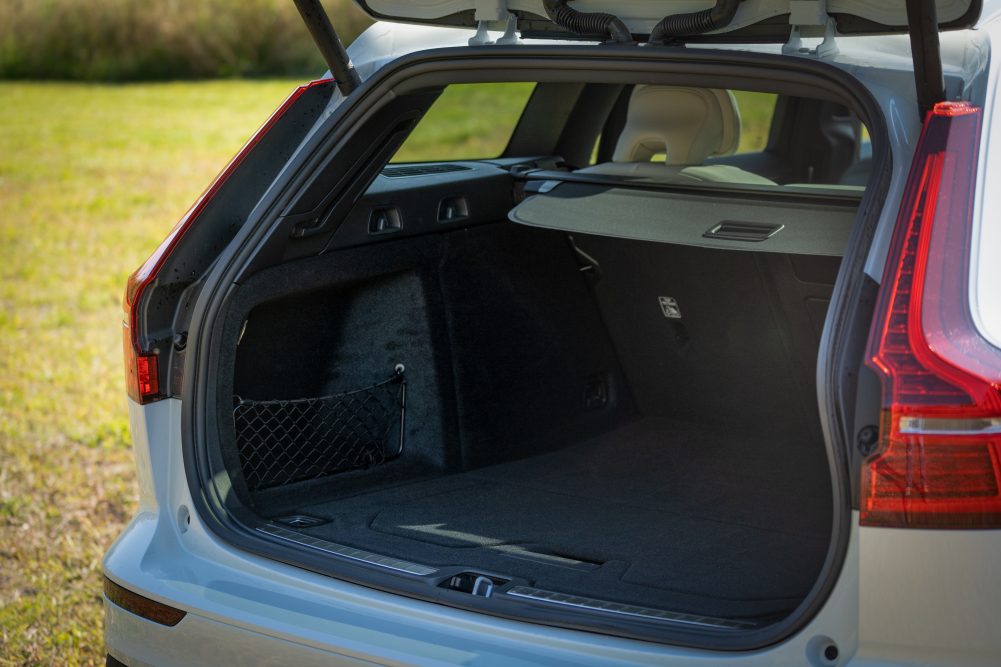 Only one engine powers it, and it only comes in one trim level, with only a few options available. Under its hood lies what Volvo calls the T5 engine, or essentially the same turbocharged 2.0-liter four-cylinder it puts in everything these days. It’s mated to an eight-speed automatic gearbox. 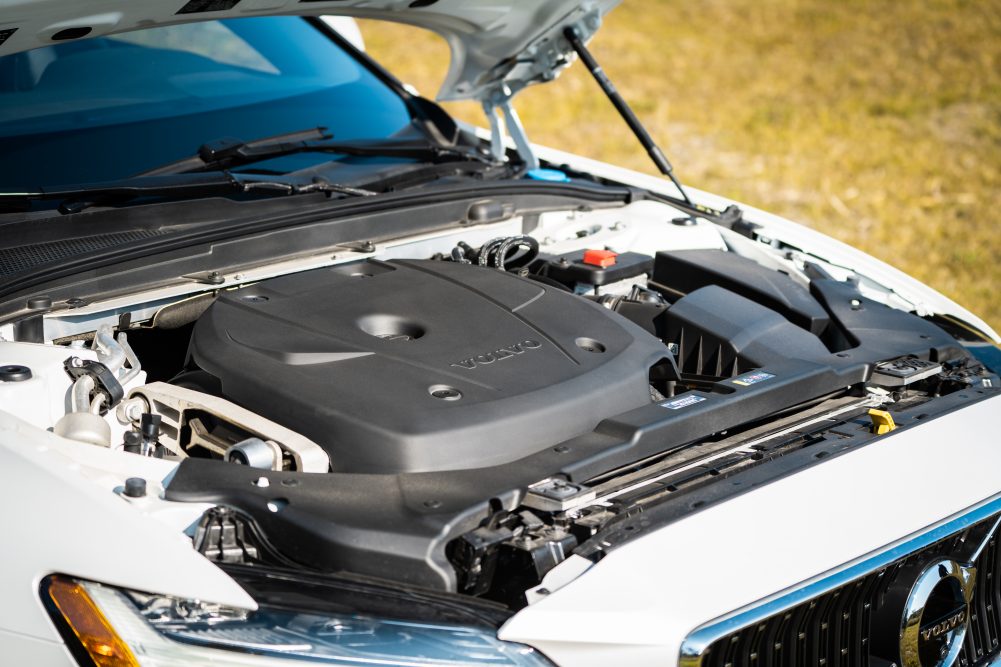 Except, unlike the T6 from that sexy sedan I drove, this one doesn’t get the extra supercharger, so power is a tad lower at a still decent 250 horsepower and 258 lb-ft of torque. Pricing kicks off at $48,900. My tester, with those fancy wheels and few packages grafted onto it which added safety features, the possibility to cycle between different drive modes and climate control buttons for the rear seats, topped out at $61,440.

I personally would leave the car as is, with no packages, but yes, I’d take those wheels. 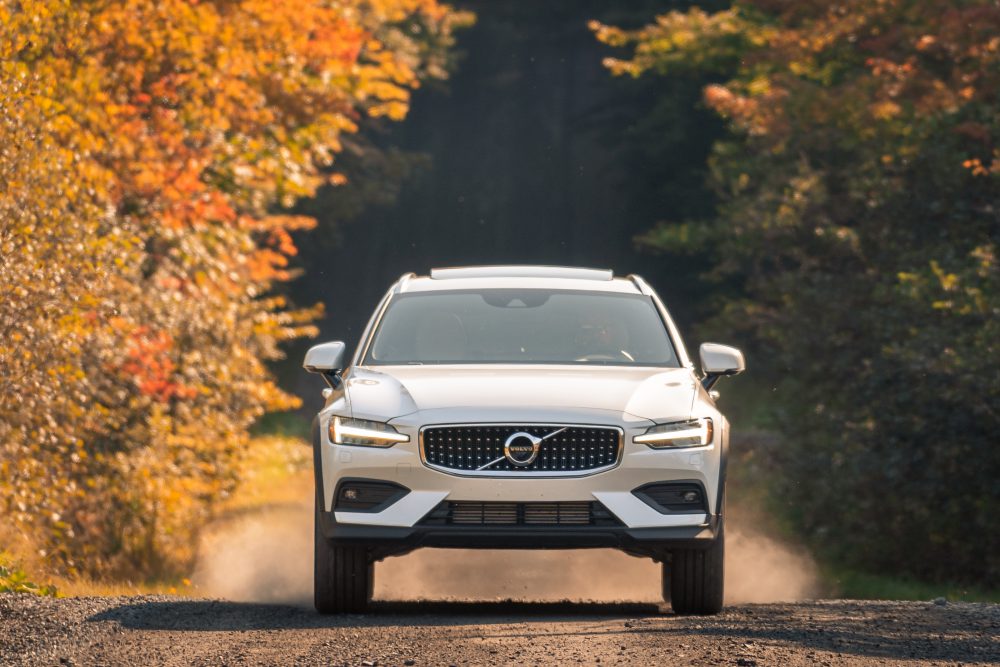 What I love about these Volvo wagons is how solid they feel, instantly making you want to hoon them on a long bit of gravel road as you head towards your next outdoor adventure. That’s exactly what I did with mine. As you can see in the photos, I was impressed by how solid its chassis is  when  it  begins  drifting. 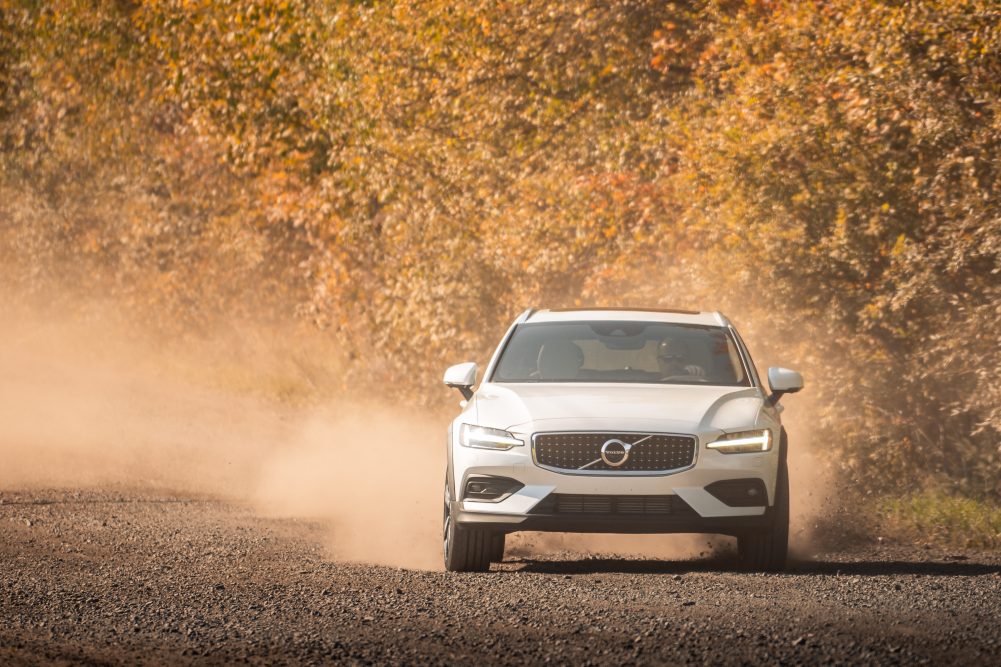 Inevitably, the higher ride height and significantly softer suspension tuning do have on effect on body roll, but it’s impressive how well dialed ou the entire car is when your pushing it hard on a sliding surface. Gun the throttle when coming out of a sweeping corner, and the V60 gracefully kicks its rear out, but never in a manner to scare you. 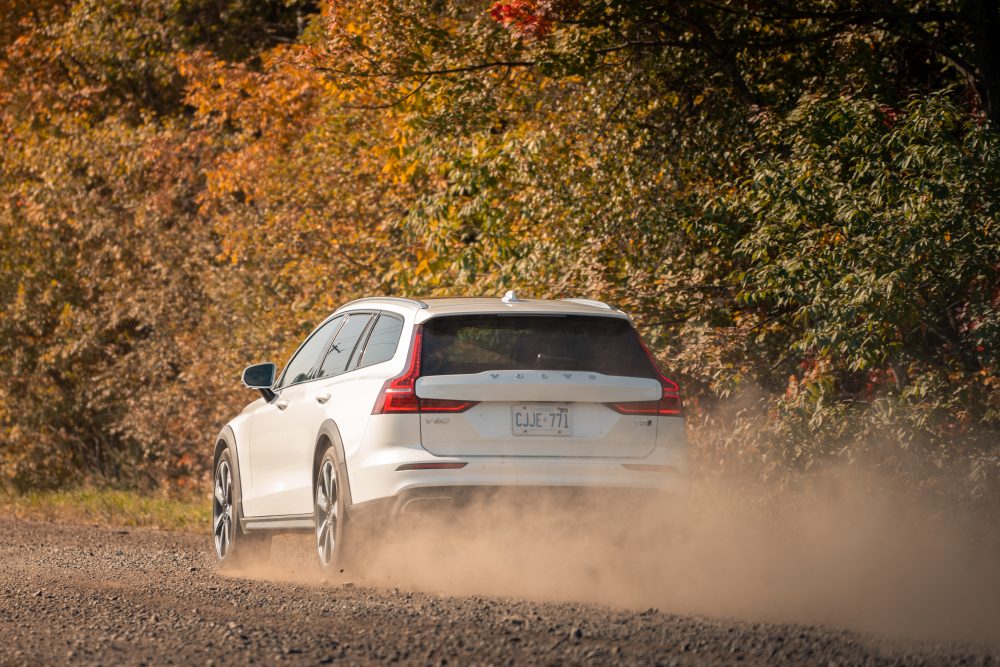 It’s always so easy to bring the car back on its track, adding to the sensation of control, and further increasing driver confidence. I can only imagine how good these things must be in the snow. Furthermore, even with the huge rims, road vibrations are kept low. It all remains impeccably smooth and refined, no matter how fast or how hard you make this thing fly. 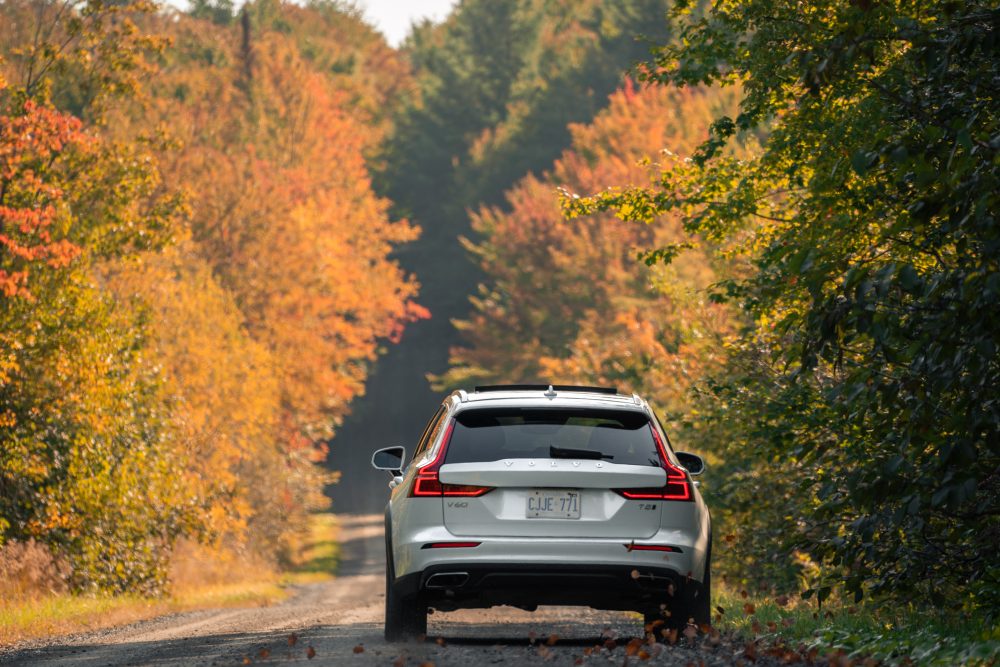 Power is, of course, a tad on the low side, but I remain impressed with the linear and frankly punchy power delivery supplied by this turbo engine. Sadly, though, just like everything else it powers at Volvo, it does suffer from unwanted turbo lag and a transmission that continually refuses to respond quickly. You floor the throttle and it simply takes several seconds before it downshifts. 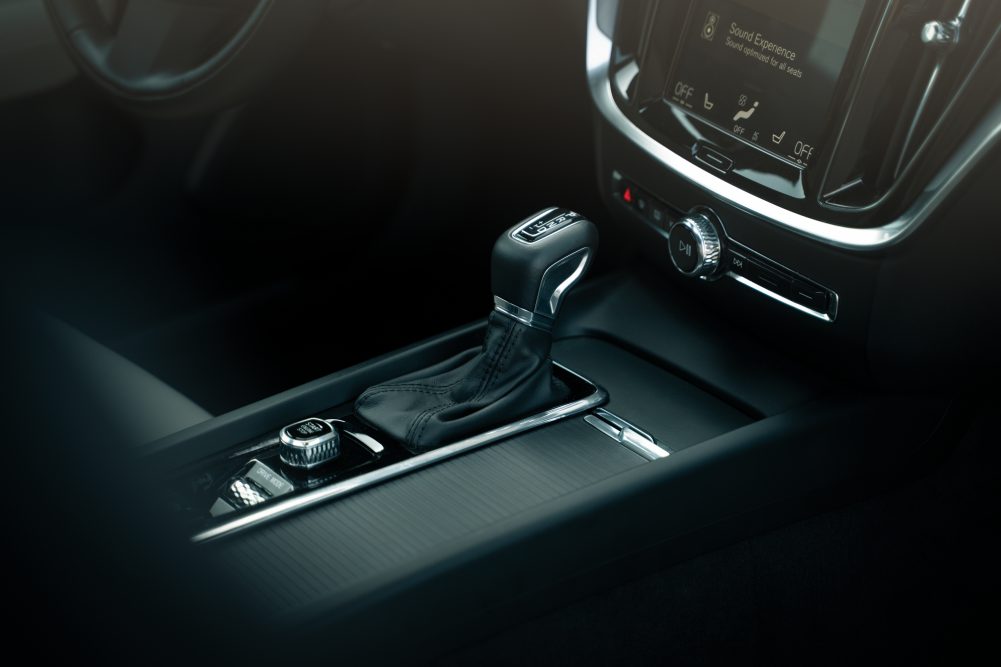 Sure, you can do that yourself, but it’s never quick to do so. Perhaps Volvo did this to improve the thing’s reliability? It’s an issue that’s visible across the entire Volvo lineup, one that, even three years after the first cars got this drivetrain, has not yet been improved. 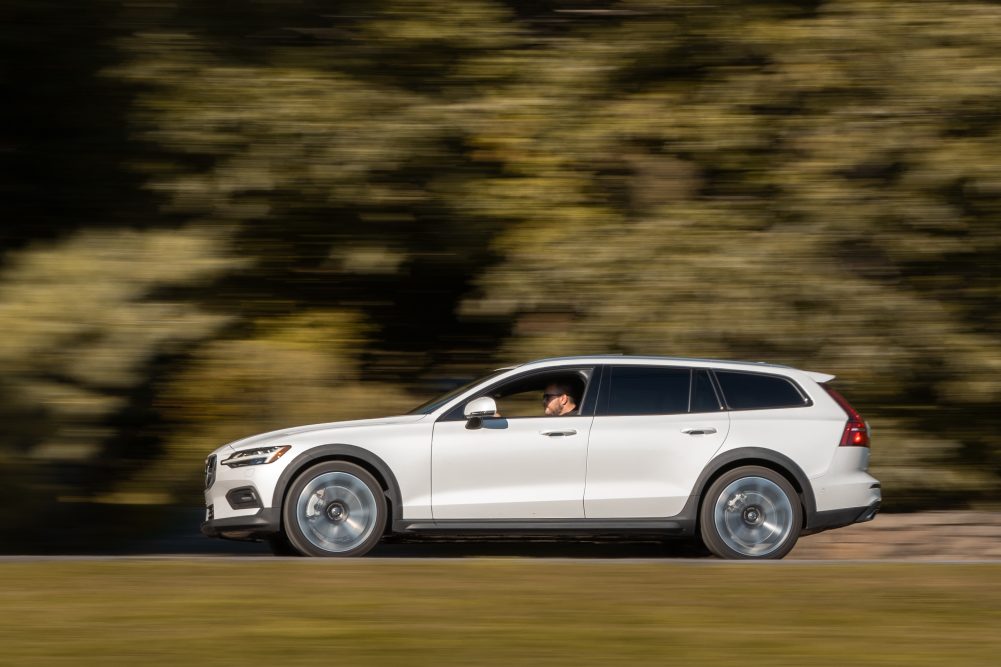 But man, oh man does the 2020 Volvo V60 Cross Country make you smile when driven hard, and not just in the dirt, on the tarmac, too, where road composure is rock solid, turn in remains sharp and brakes have a solid bite, even if body motions are observably higher than in the S60 sedan.

And All The Volvo Interior, Too

I tell you, there’s something magical about rally driving a lifted battle wagon while you bathe in immensely comfortable leather thrones. Sure, the V60 Cross Country may be rugged-looking from the outside, but it’s all serene and plush inside, with the expected Volvo levels of craftsmanship and design. 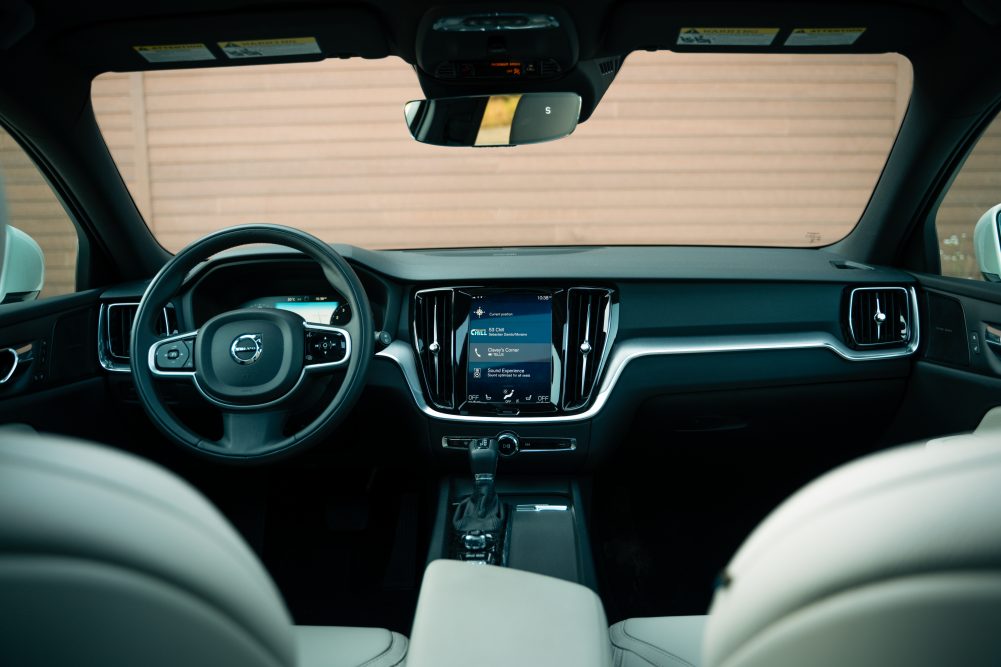 It’s essentially the same dashboard layout as in all other modern Volvos, but one that seems to age gracefully by its clean, uncluttered and functional design, immensely supportive and totally solid-looking seats. Volvo’s Sensus infotainment system, meanwhile, remains an entirely touch-screen layout, with a portrait arrangement, similar to a smart phone.

While very attractive and relatively easy to operate, it remains a frustrating system due to its laggy nature. Simple operations, such as relying on the back-up camera when putting the car in reverse, for instance, can sometimes take several seconds before appearing on the screen. And more often than not, the screen itself simply froze on me when attempting to fiddle with the climate settings. 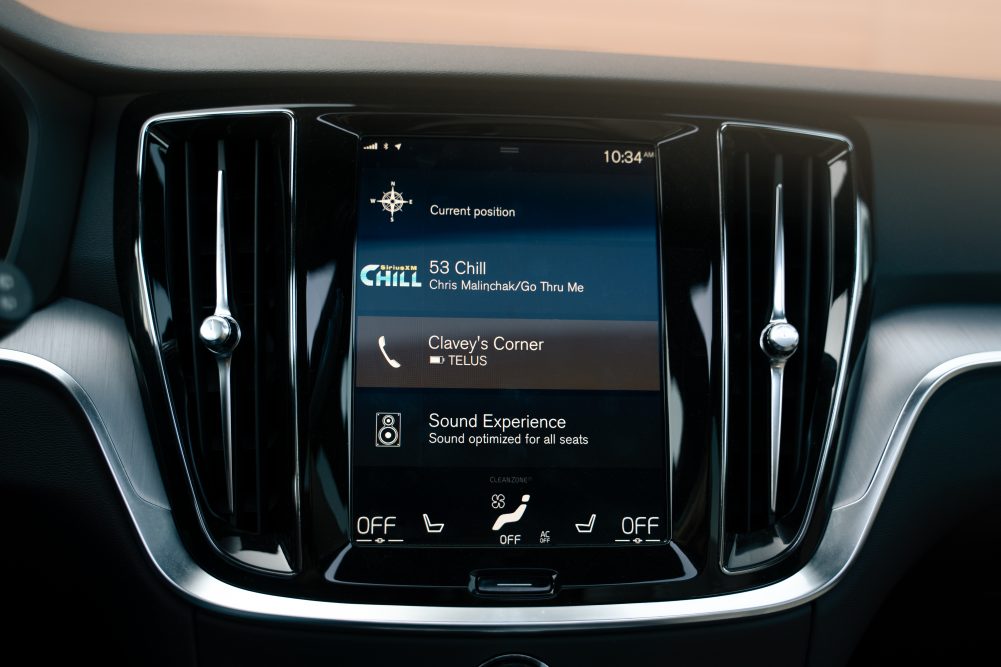 This, by the way, has been an issue with all Volvos I’ve driven over the past three years. And the most irritating part of it all is that all of the car’s controls are encapsulated into it. It’s a shame, really, because otherwise, it’s a witty and frankly enjoyable interface to use.

But hey, no car can be perfect. The 2020 Volvo V60 Cross Country does nevertheless make a compelling case for what the perfect automobile should be. While it will probably never win a fight against the almighty sports utility vehicle in a sales war, this wagon will certainly charm the few owners that will understand why it’s so special. And kudos to Volvo for remaining true to the wagon ethos in this day and age.