2020 Bentley Flying Spur No Longer Only Satisfies Its Passengers 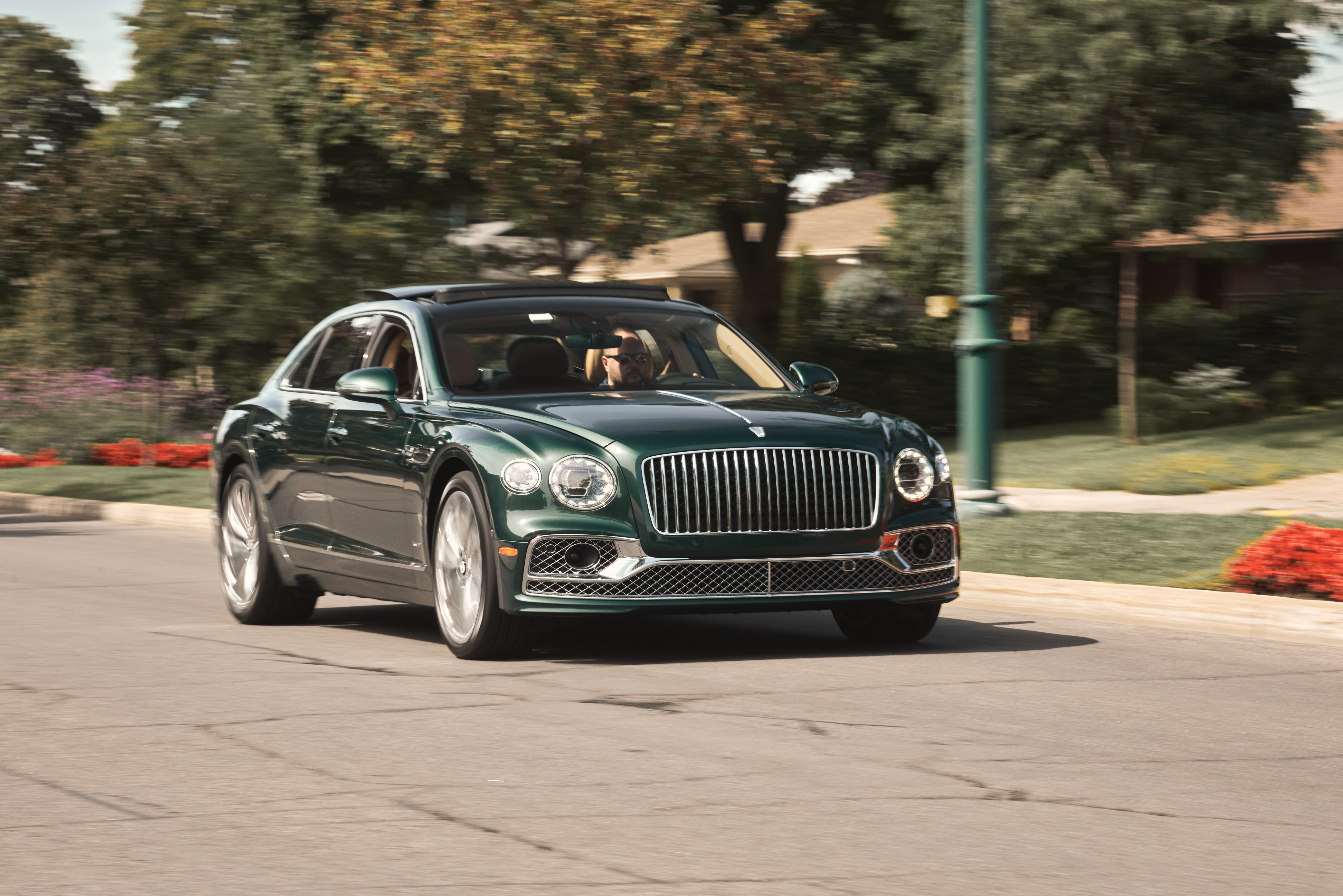 If you were to look up “luxury automobile” in an encyclopedia, the 2020 Bentley Flying Spur would most probably be the car used as an example. After driving the 2020 Bentley Continental GTC, a car I called the queen of convertible grand tourers, I didn’t think it was possible to drive anything more extravagant. That’s unless the product comes from Bentley itself. Forget everything you think you know about a high-end luxury sedan. The Bentley Flying Spur downright redefines the term. 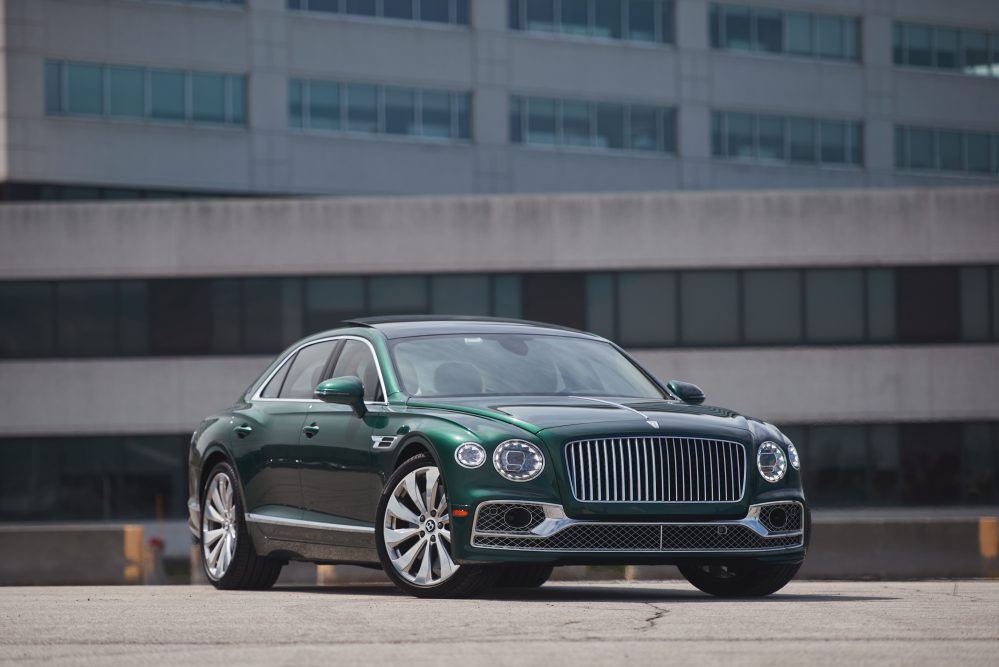 Bentley may have made its name building opulent, chauffeur-driven sedans, but the company has recently been trying to reconnect with its sporty side by introducing cars like Continental GT, as well as high performance variants of the thing like the Supersports. Bentley now wants this ethos to be carried over to its full-size sedan and claims this new Flying Spur – which got a full overhaul this year – was designed to satisfy both the driver and its passengers alike in, and I quote, “a manner that no other car can do”. 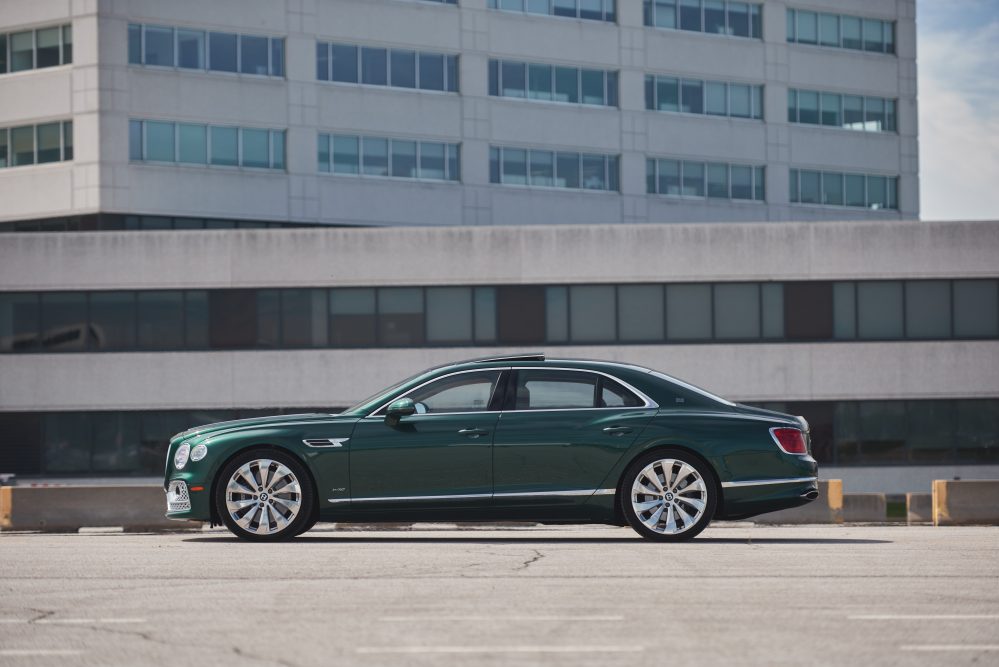 To get there, this Flying Spur rides on the same Porsche Panamera-derived platform as the Continental GT, but with an extra 13.5 inches added to its wheelbase. The end result is a sedan that’s almost 20 inches longer than its coupe counterpart overall. The Flying Spur also gets everything the Bentley parts catalogue can throw at it as standard equipment. 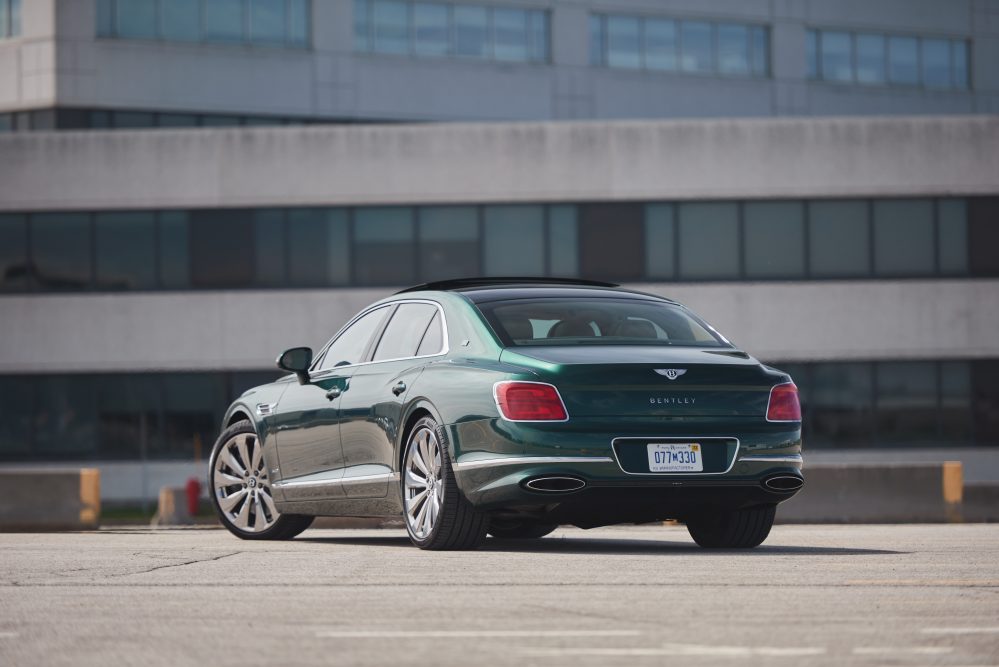 There’s all-wheel-drive, rear-wheel steering and electronically controlled anti-roll bars, as well as an adaptive suspension that automatically adjusts itself according to which door is opened. The goal of this of course is to improve passenger ingress and egress. This car basically forces you to be lazy AF. 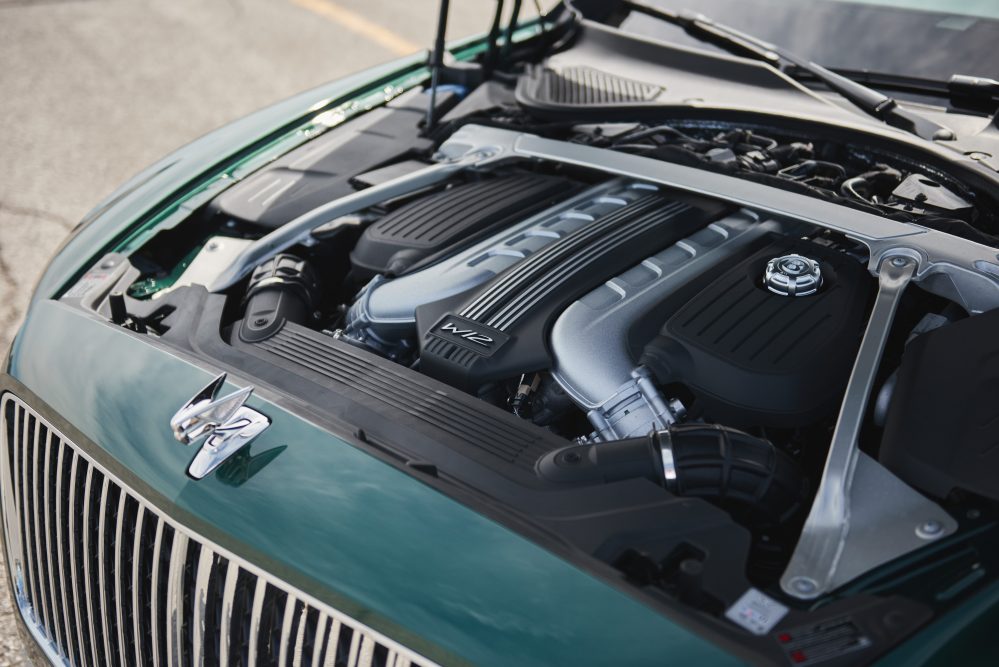 There’s also no V8 option like in a Continental GT. The only engine available is the kingpin 6.0-liter turbocharged W12 good for a class-dominating 626 horsepower and 664 lb-ft of torque. Like its little sister, the Continental GT, the Flying Spur comes fitted with an eight-speed dual-clutch automatic gearbox with launch control. 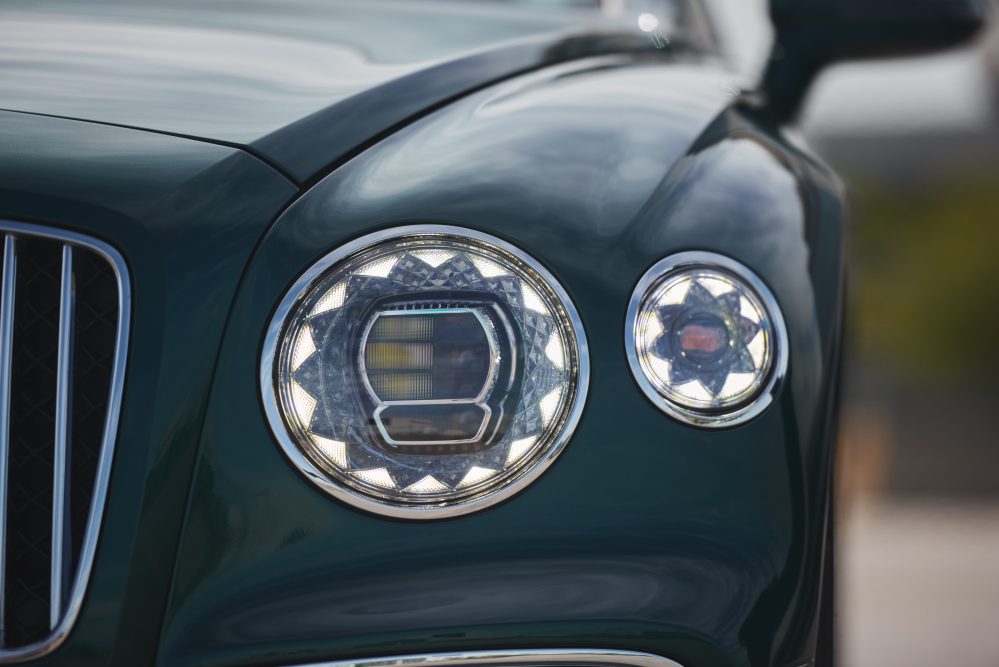 Even with an extra 300 pounds of girth, tipping the scale at a whopping 2.7 tons, the 2020 Bentley Flying Spur will still launch out of the hole to 100 km/h in 3.5 seconds flat, and complete the quarter mile in a blistering 11.7 seconds at just under 200 km/h. Consider that the average Flying Spur buyer also owns a private jet, and these astonishing numbers begin to make sense. 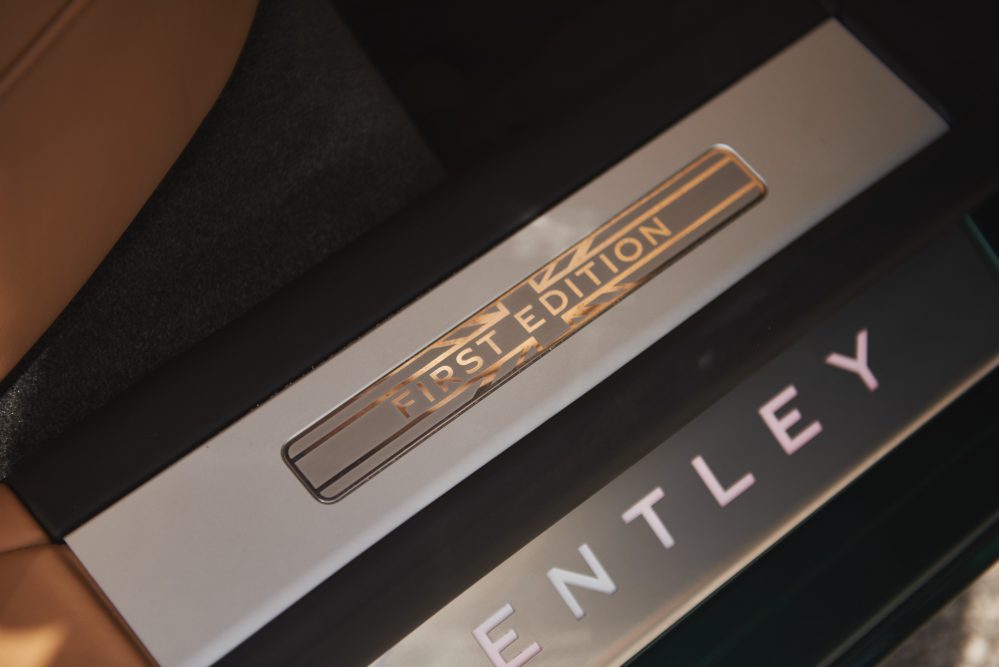 Pricing remains a bit of an afterthought for a Bentley. Of course, this thing is expensive, but the wide spectrum of available options is so vast that it makes it almost impossible to give an exact price on these things. What I can tell you is that the car I was driving was a Launch Edition model, stacked to the gills with quilted leather, rich veneer interior trim, a near $10,000 Naim audio system and an exclusive British green paintjob that sells for well over $5,000. 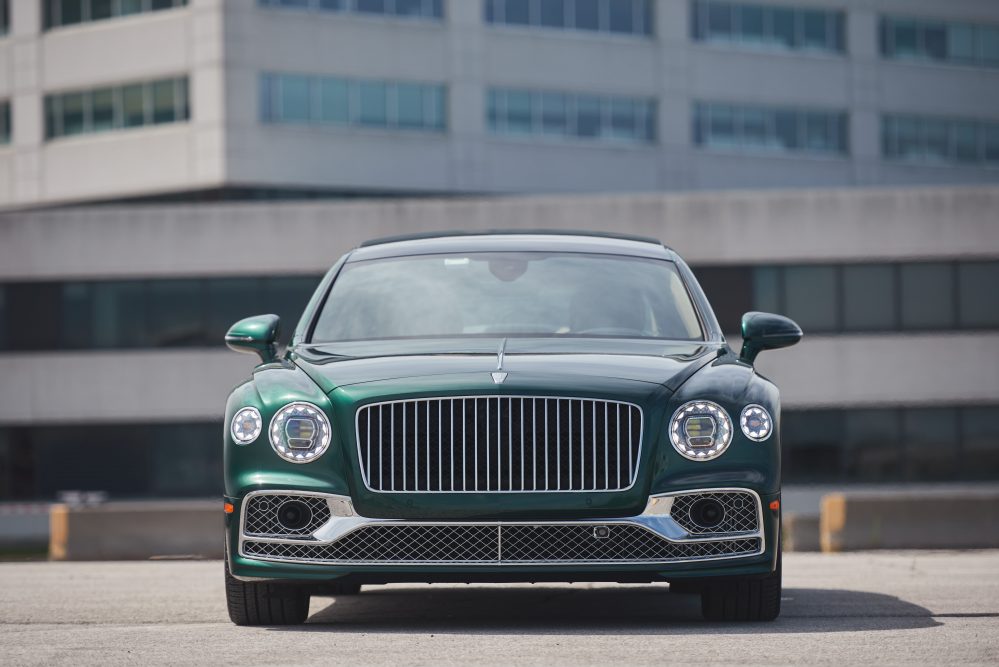 The 2020 Bentley Flying Spur you see here had essentially a price tag of $286,000. And many options, like the two available 10.2-inch iPad-type rear infotainment tablets (on top of the digital center console) and rear-seat mini fridge, were still not ticked off. The Flying Spur will easily climb past the $300,000 mark.

So Quick, Yet So Relaxing 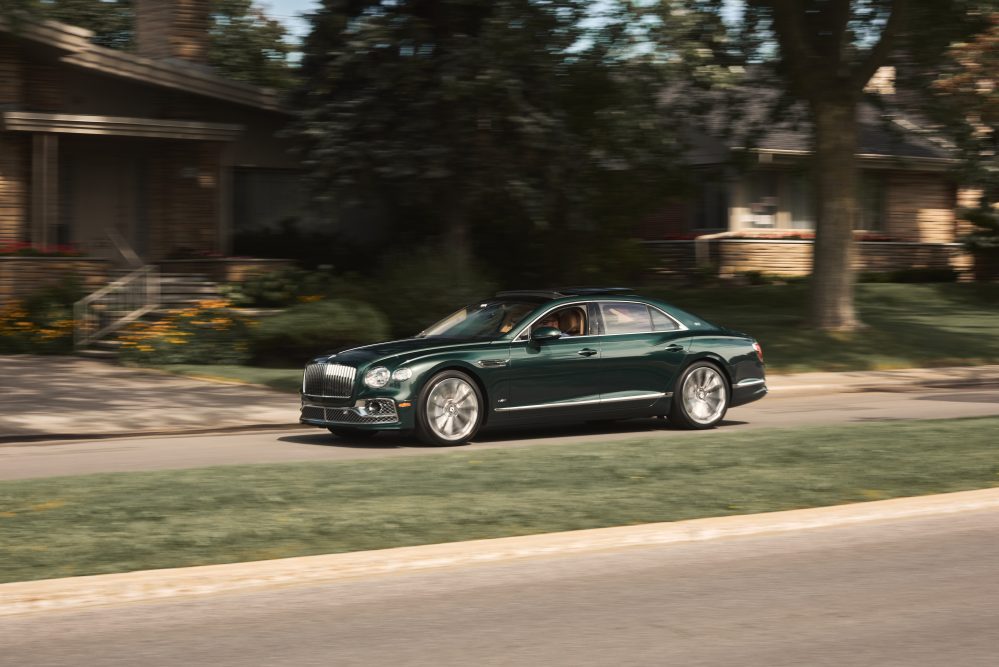 Just like the GTC I drove last week, the immediate sensation when driving this Flying Spur is how surprisingly athletic it feels. Sure, it’s immensely comfortable and soothing when you cruise around town – a car that constantly tries to make your life easier -, but what I wasn’t expecting is how agile it actually is, and how quickly it reacts to your commands given its heft. 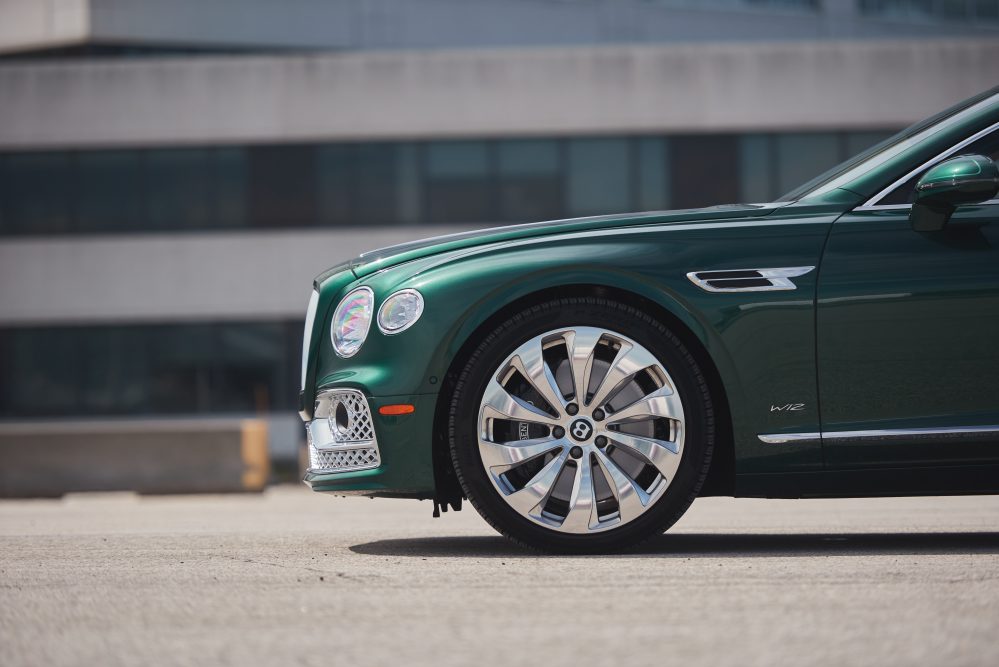 I was also amused to launch this ‘ol girl onto Montréal’s Decarie expressway, to quickly find myself easily exceeding the legal speed limit. That W12 engine is a tower of power and torque that kicks you in the back akin a massive tidal wave, while the gearbox shuffles gears so effortlessly you’d never know it’s actually there. It just picks itself up and goes. 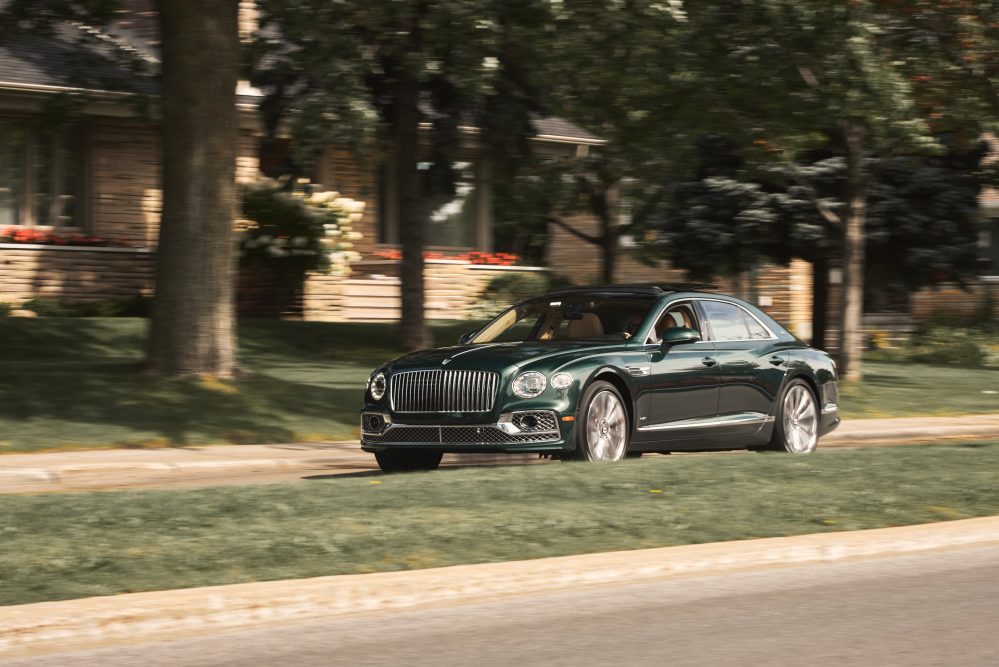 Launch control is just as easy to activate as in any other German sedan; hold the brake, slam the throttle, and Bentley’s twelve-cylinder masterpiece flaps away uncouthly at 4,000 rpm. Drop the brakes, and the entire thing catapults itself forward like an unstoppable force of nature. 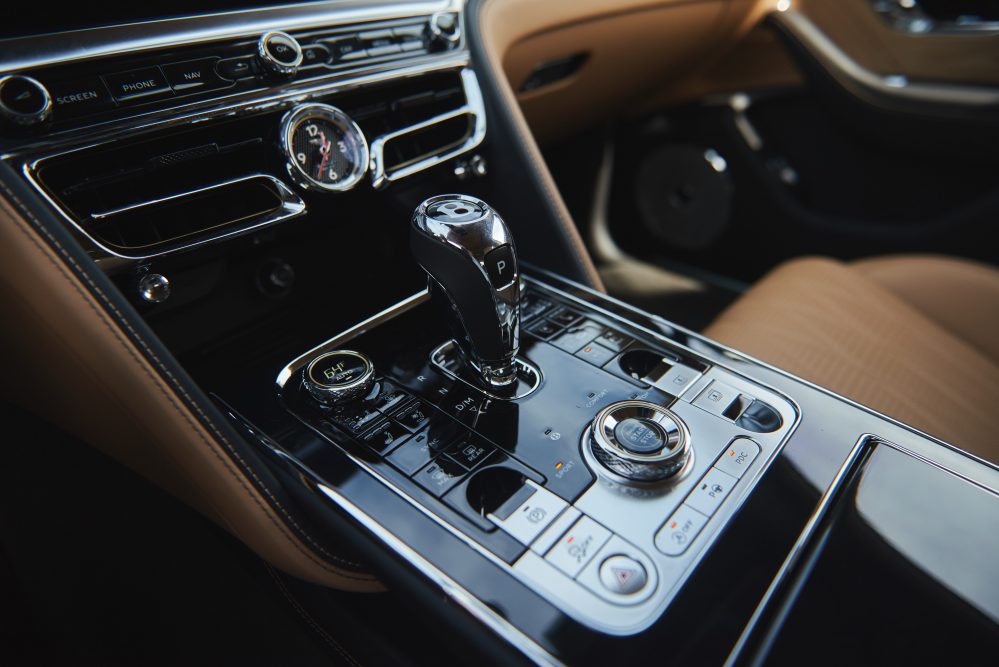 Yes, the Flying Spur’s weight is felt in the bends, but the car’s body roll is kept in check thanks to its electronically controlled suspension components, while the entire structure’s solidity over rough garbage roads will have you believe its made out of adamantium. Yet, while this ostentatious luxury sedan does everything it can to keep you secluded from the outside world, it’ll still kick out the rear if you dare flirt with the throttle pedal on corner exit. In other words, it’ll actually drift if you let it. 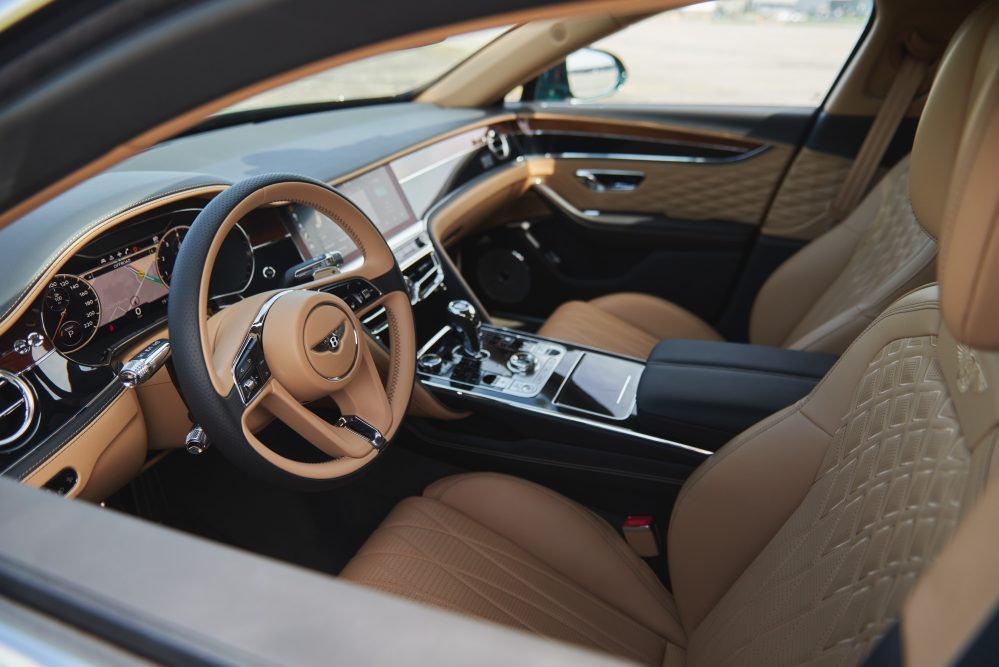 Yet, it’ll also gracefully correct its trajectory at the slightest steering inputs. It turns well, too, with pure and tactile steering and an actual sense of drivability you’d normally find in thoroughbred sports cars like a Porsche 911. So yes, when Bentley says its latest Flying Spur also satisfies its driver, it’s not messing around. 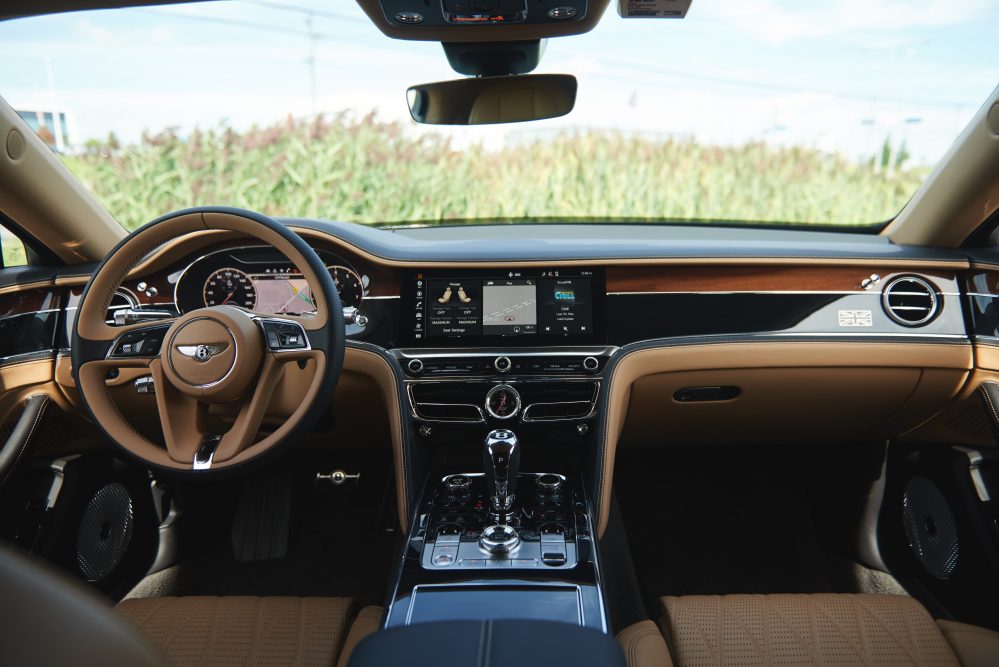 As for indulging the rear passengers in presidential levels of relaxation, the 2020 Bentley Flying Spur continues to impress, but as well equipped and spacious as it is back there, it doesn’t evoke the over-the-top sumptuousness of a Mercedes-Maybach S650 or even a Rolls-Royce Phantom. 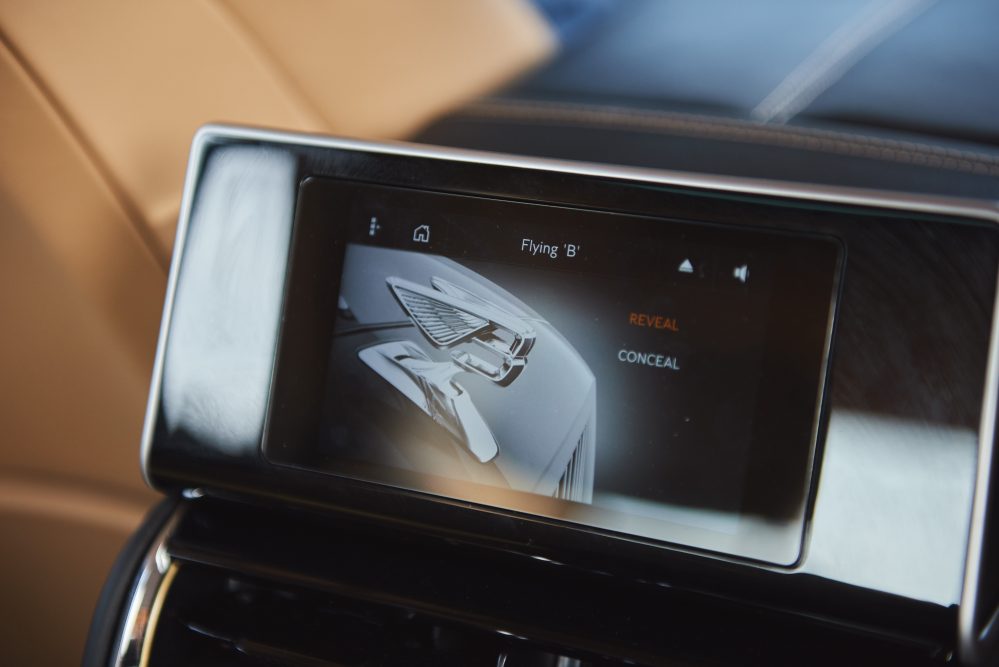 You’re also sitting low and reclined, contrary to its rivals where the rear passengers sit upright and higher than the driver, because, well, they typically own the car. Ironically, this seating position takes a bit of exclusivity away from the Flying Spur’s otherwise exquisite passenger experience. 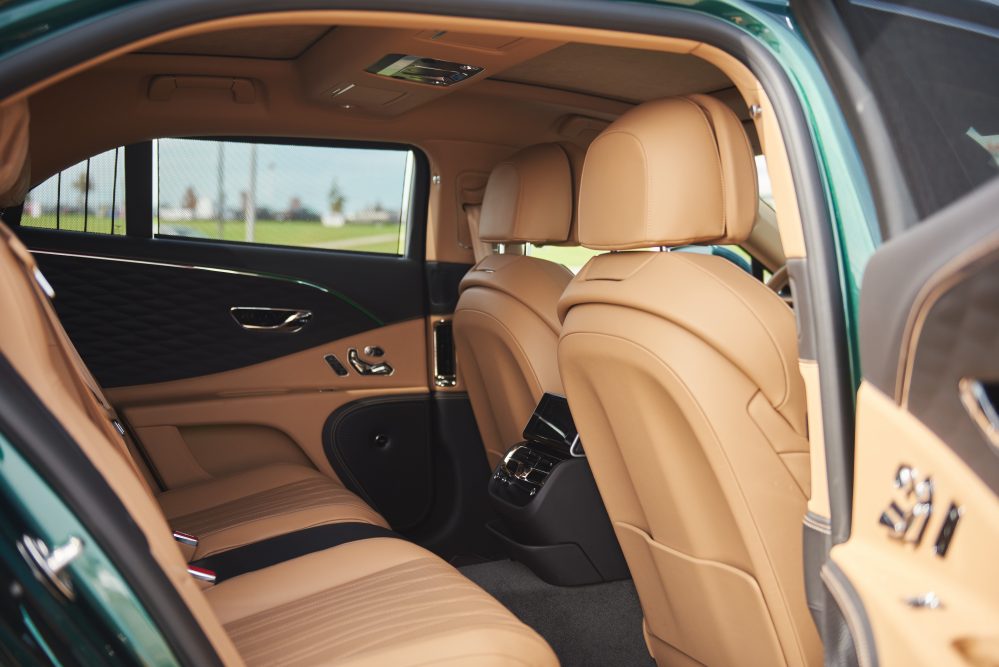 That rear bench does however have some neat toys, like the ability to control virtually everything in the car, from mood lighting, to the scented climate control system, or even the famed “Flying B” ornament on the hood. At the touch of a button located on the center-mounted tablet, the statuette erects proudly over the car’s enormous front grille. 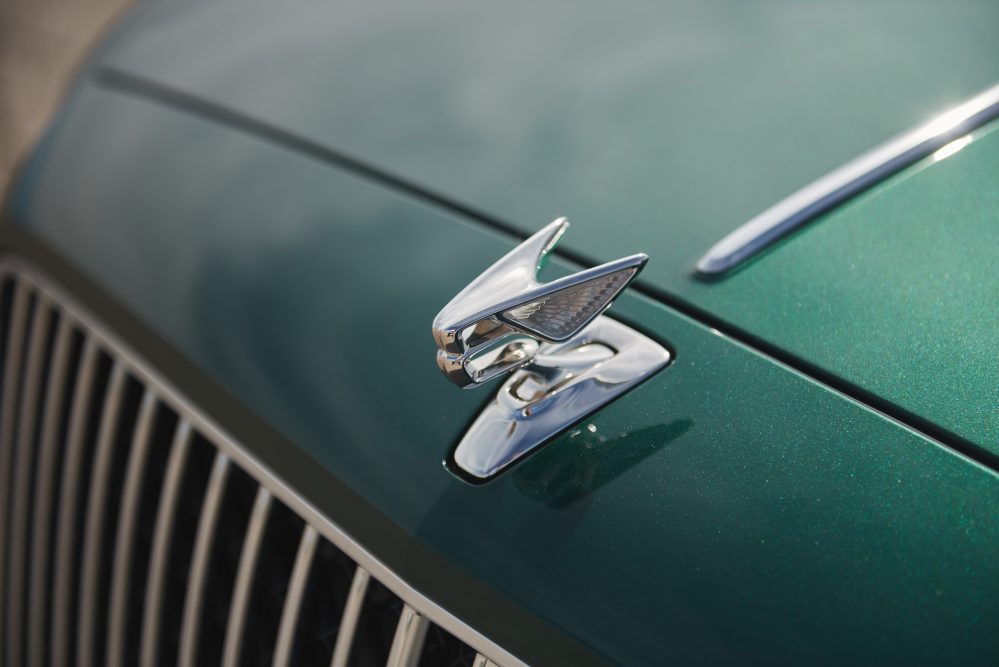 And as is expected, the attention to detail in this Flying Spur is absolutely mind blowing. Everywhere you look, knobs, switches and buttons were given extra attention to really feel like their own, bespoke expensive piece of machinery. 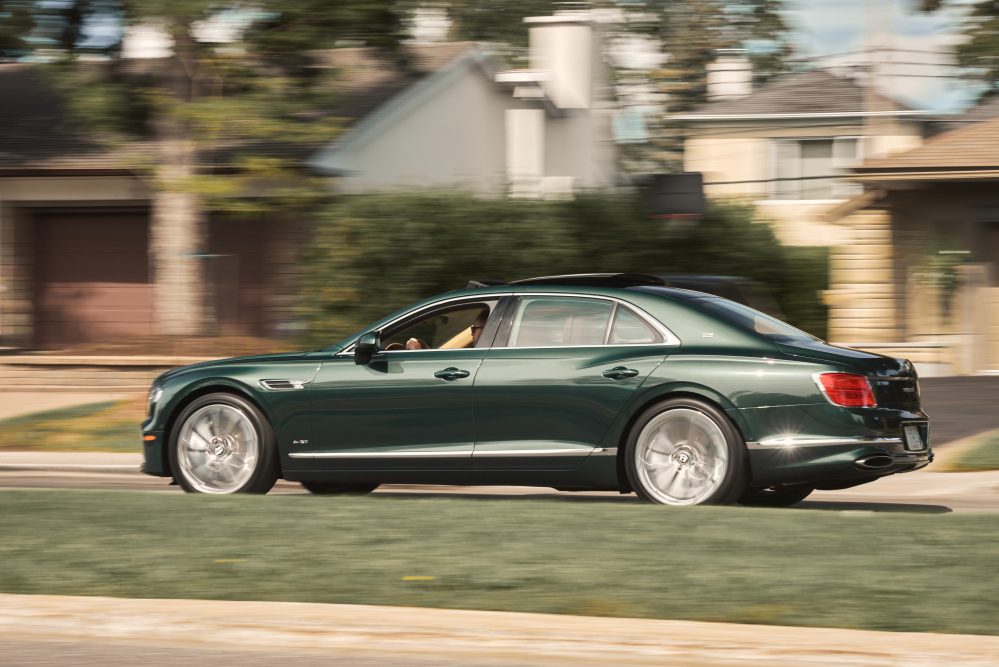 But while my overall experience with this thing did reveal the high-end luxury sedan I was expecting, I was a bit disappointed to find the same level of technology back there as in a much more affordable Lincoln Continental. I was instead a lot more compelled by its fun-to-drive character, a quality I never thought was obtainable from a Bentley branded product. In other words, the best place to be in a 2020 Bentley Flying Spur is no longer the back seat, but rather behind the steering wheel.