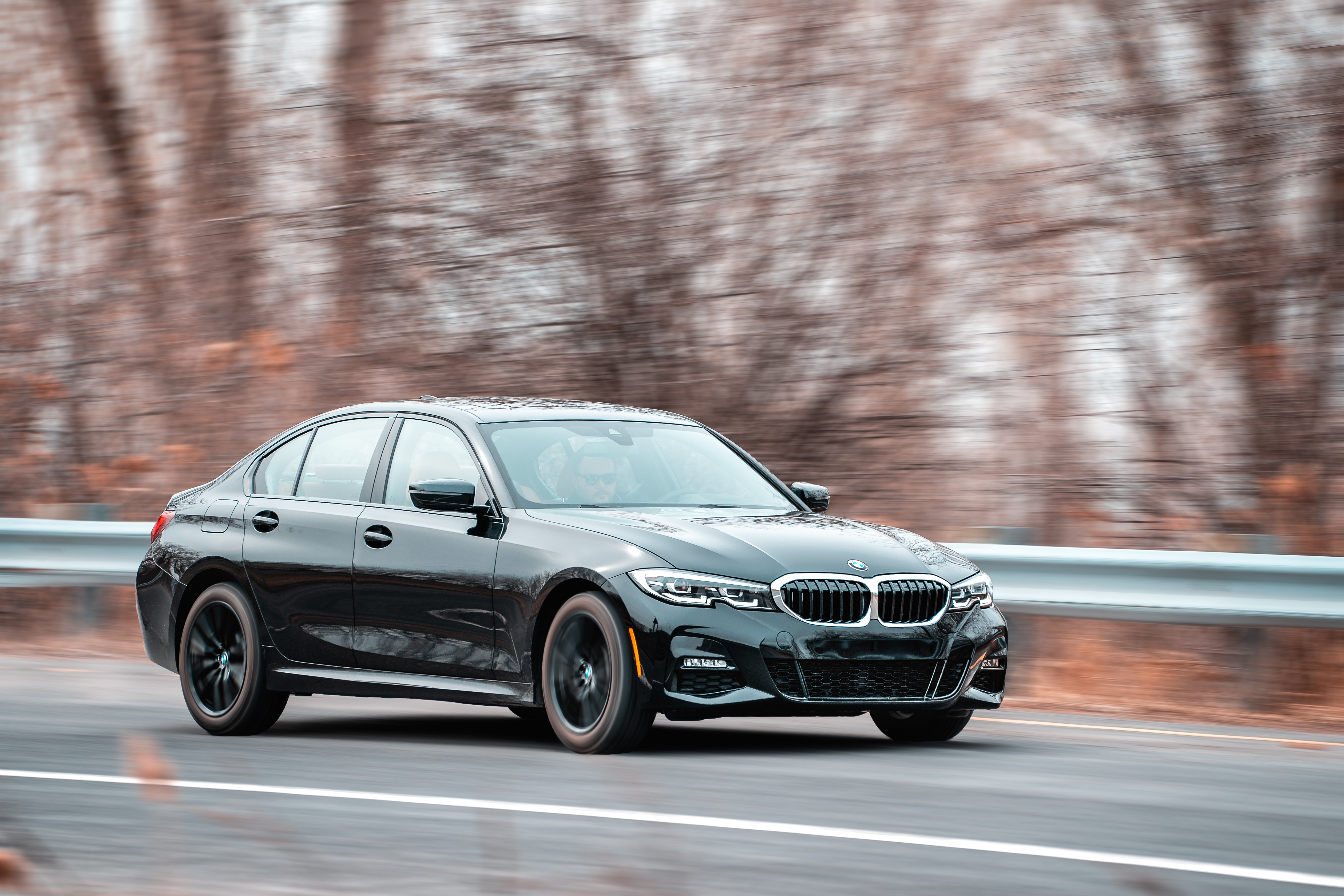 I know, that’s a big claim, but hear me out. The last generation 3-Series was a fine driver’s sedan, but it felt a little heavy around the edges and its steering had too much play in it to be considered any better than the car it replaced. Add to that newcomers such as the Alfa Romeo Giulia and the Jaguar XE that stole its lunch money, and BMW’s almost legendary gentleman’s sedan ended up sitting mid-pack instead of walking all over the segment.

Did you really think the Germans would accept that? Of course not. Which is why they’ve been working overtime with – ahem – the Japanese to put together the 2019 BMW 3-Series. The car is really good now.

The Kidney Loves You 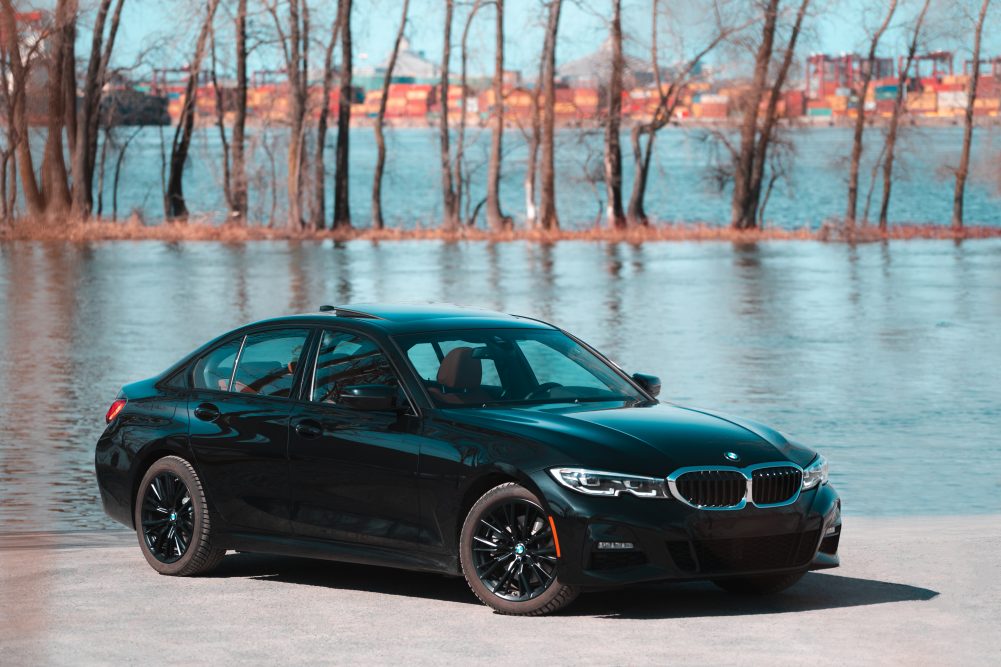 BMW faithful are all over the internet complaining about the size of the kidney grille on this 3-Series. It’s even worse on the all-new X7 SUV. Or wait, is it the 7-Series? I don’t mind it much on this car, but what I’m not totally at peace with is the fact that much of it isn’t even grille. It’s just black plastic, and that doesn’t really work on a BMW, now does it?

It does have some trick aero bits baked into to it at least, where little flaps open and close depending on how fast you’re going to improve airflow for high-speed stability and fuel economy. So there’s that. 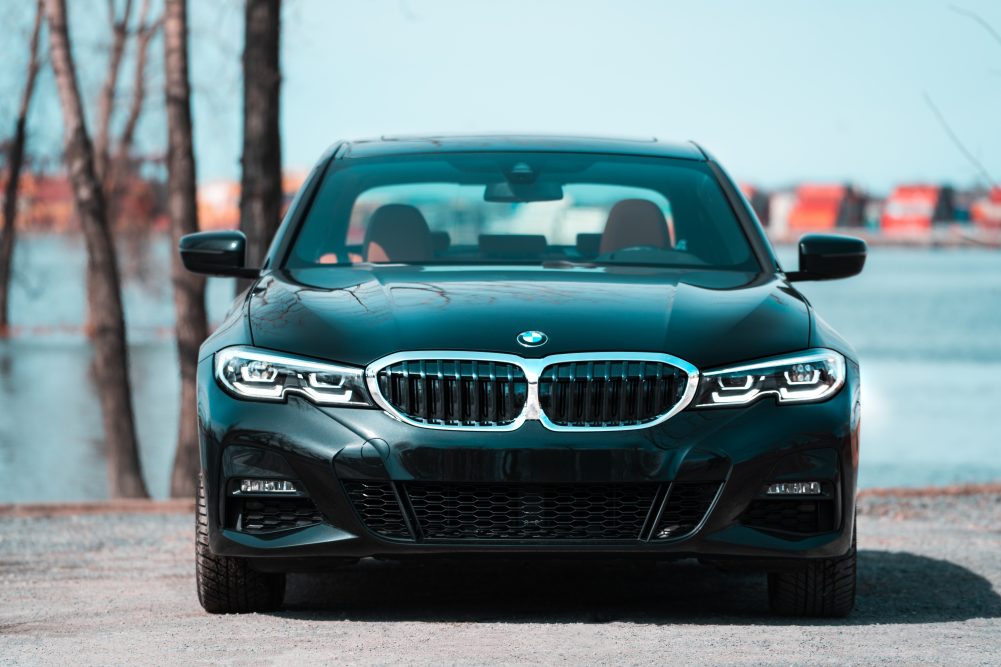 Now, about the way this new 3-Series looks, I’m still warming up to its design, and I’m not yet ready to accept a rear fascia that reminds me of a Lexus IS. Come to think of it, this is a BMW and Toyota joint venture. But overall, I do think this styling direction will age well, and even if those headlights bear absolutely no resemblance with any compact BMW that came before it, I’m still seeing a 3-Series here, so there’s hope. 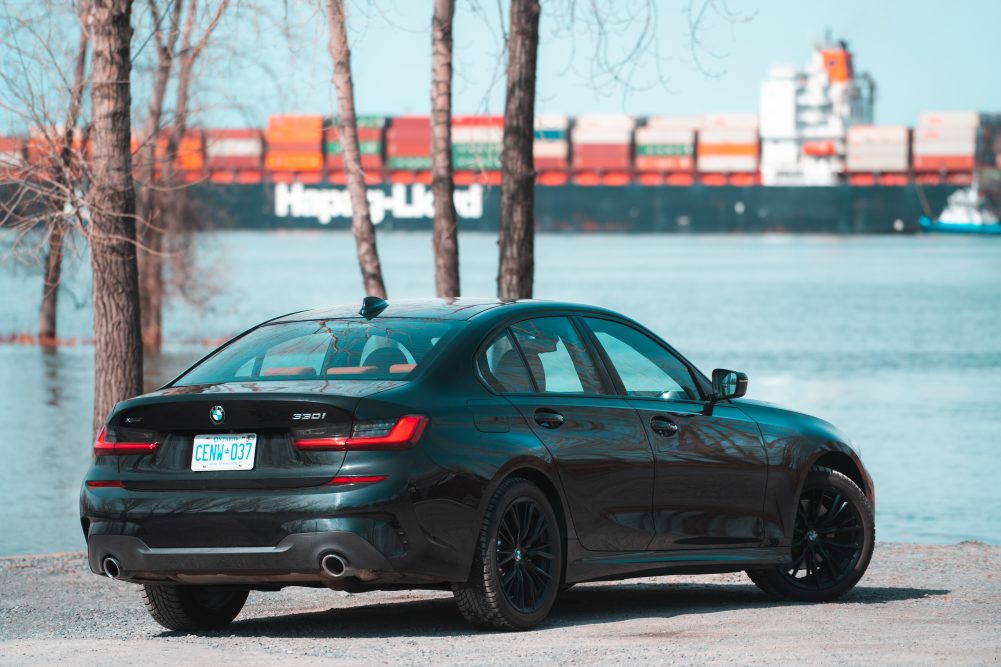 If you’re wondering why I mentioned Toyota up there, it’s because this BMW rides on an all-new platform developed in partnership with the Japanese giant. Dubbed the Cluster Architecture, or CLAR, it’s stiffer, lighter and yes, significantly larger than its predecessor. BMW claims this structure shaves 120 pounds off from the last model. 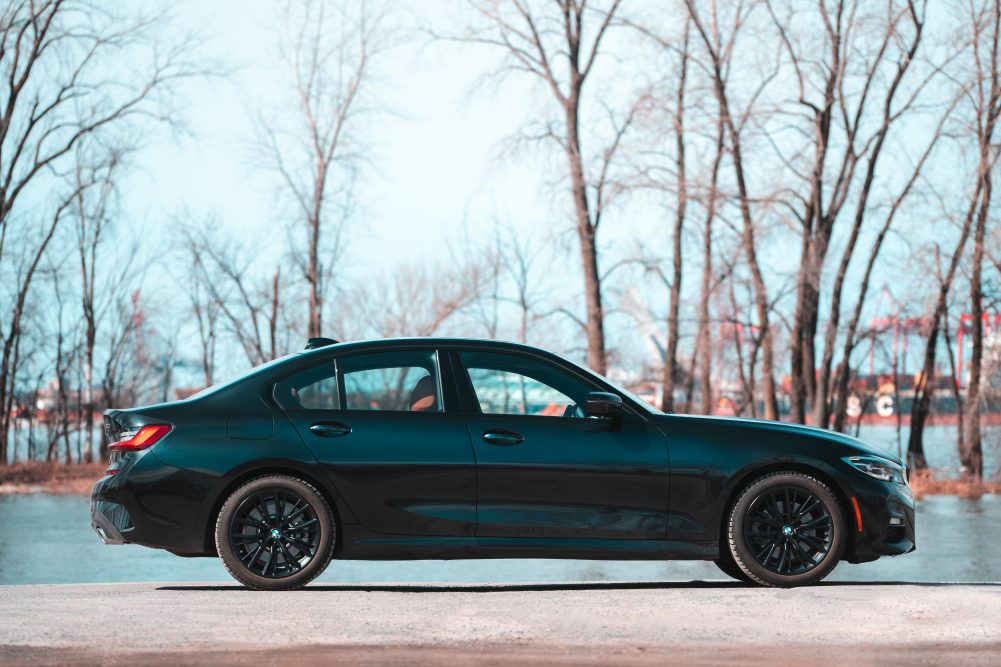 The wheelbase was pulled some 1.6 inches, and the car itself is 3.0 inches longer overall, with a center of gravity down 0.4 inches compared to the outgoing F30 3-Series. And yes, this platform also underpins the all-new BMW Z4, as well as the upcoming Toyota Supra. 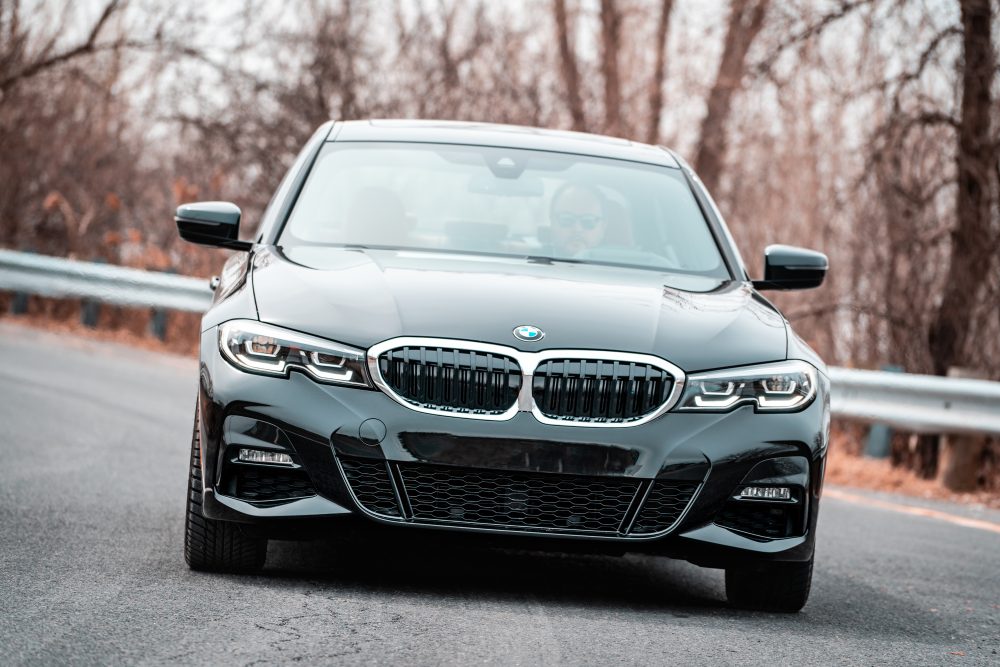 Contrary to the Supra, the BMW cars sold here in North America get both a four and a six-cylinder option. The latter, available in the 340i, is still a 3,0-liter turbocharged unit but makes do with only one turbo instead of two. It’s good for 382 horsepower and 369 lb-ft of torque, but I haven’t driven that one yet. 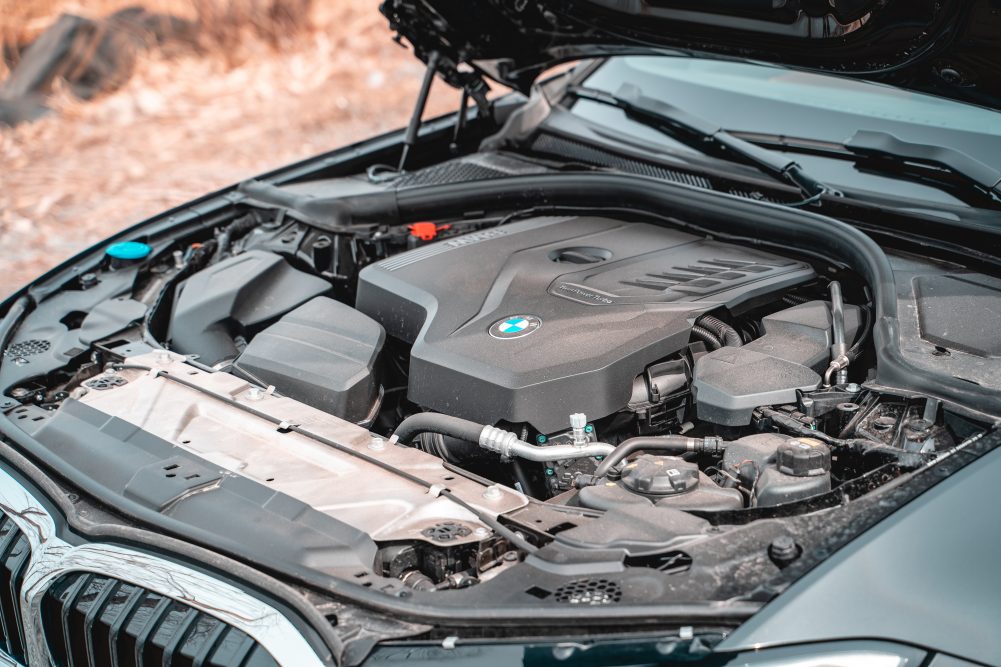 The car you see here is the 330i. It gets a boosted 2,0-litre four which pumps out a claimed 255 horsepower 295 lb-ft of torque. All variants of the 2019 BMW 3-Series sold in Canada now come standard with xDrive all-wheel drive. A wise decision for our climate, but I’m going to miss having a rear-wheel drive Bimmer at our disposal, especially now that Lexus and Genesis both offer one as entry level cars. 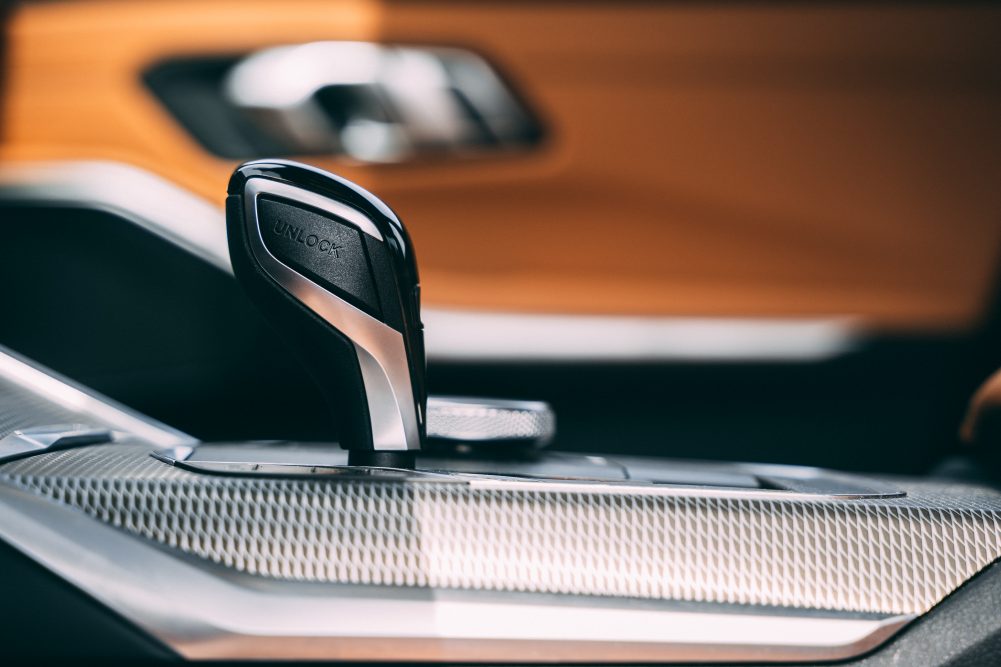 Both the 330i and the 340i come mated to an excellent ZF-sourced eight-speed automatic gearbox. I regret to inform you my friends that the stick is gone on all models. Hopefully, BMW will offer one in the upcoming M3/M4. It’s too bad, really, because a six-speed manual would have fitted so well with this little engine. 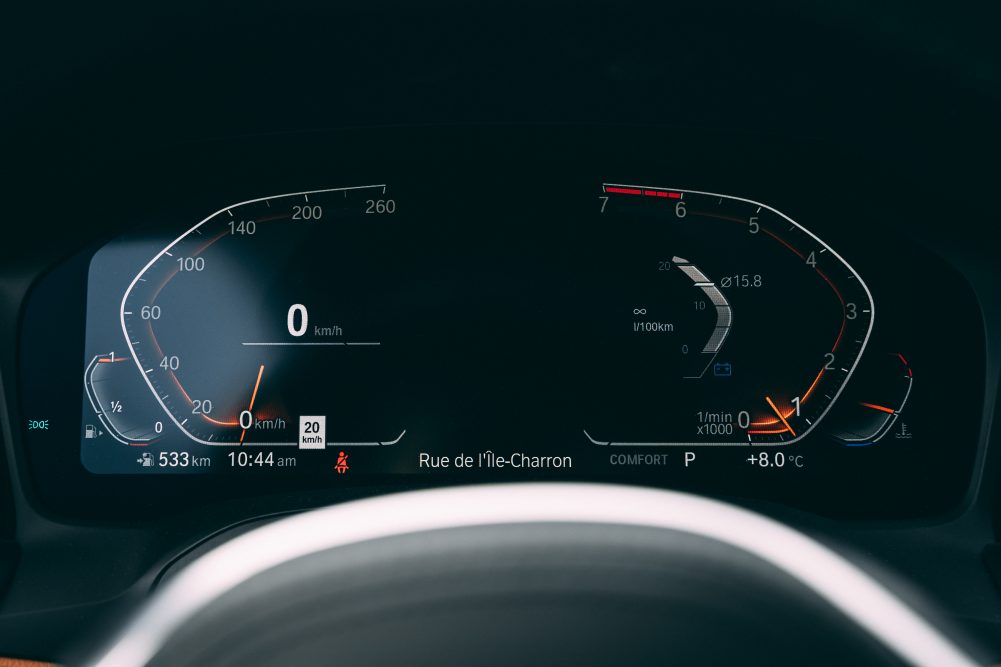 Of course, like it is the case with many entry level four pots, it’s not the most melodious nor the most refined engine choice, but it does get the job done, and quite a fair bit better so than a Giulia or a Genesis G70. It has good low-end twist, delivers its power with eagerness and makes this sedan rather quick too.

Acceleration from 0 to 100 km/h is achieved in roughly 5.5 seconds which is not bad at all. 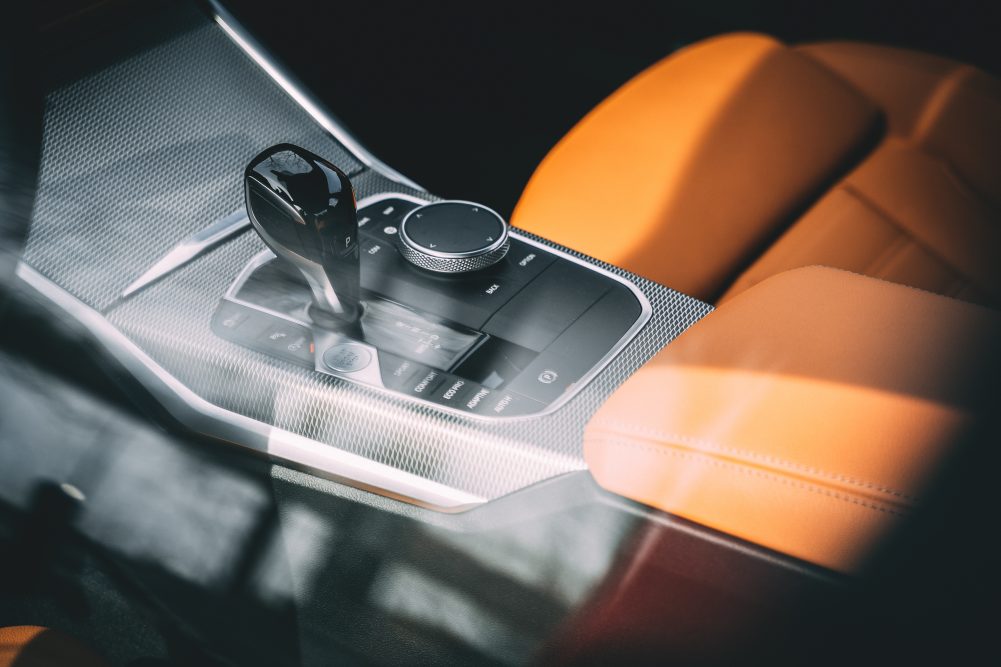 Just don’t bother revving the crap out of it though, as it heavily relies on boost to deliver its power. And just like all the other direct-injected fours out there, the damn thing sounds like a diesel on idle, which doesn’t play well for a luxury car. Also, BMW needs to work on its start/stop technology, especially for its four-cylinder cars. It thumps underneath the transmission tunnel as the engine fires back up, discouraging you from even using it. Meanwhile, the Kia Stinger’s system is superb. 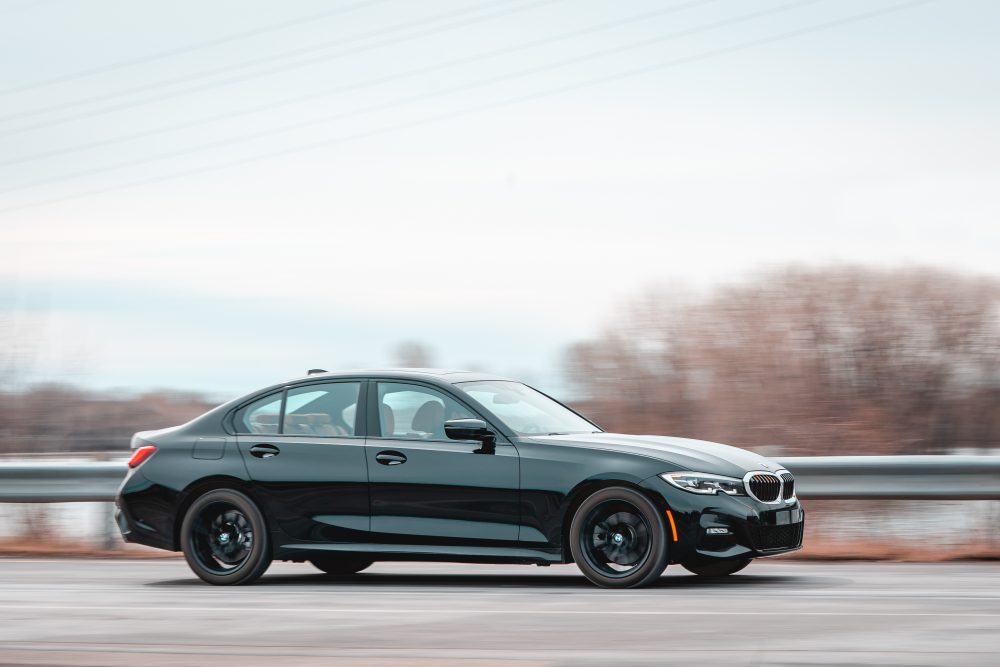 What you guys came here to find out is how the 2019 BMW 3-Series drives, and I can tell you you’re not going to be disappointed, even with the small engine.

The immediate sensation is how solid the entire structure feels. This has always been the case with BMW’s, let alone any German car, but Bavaria’s engineers have somehow stepped up the game with this one. The real standout feature with this chassis is how the entire center of the car feels like a rock pulling you down the middle, almost as if BMW has fitted a giant magnet underneath the car. It allows it to remain well planted at speed all while rotating its rear gracefully, virtually absent of understeer. 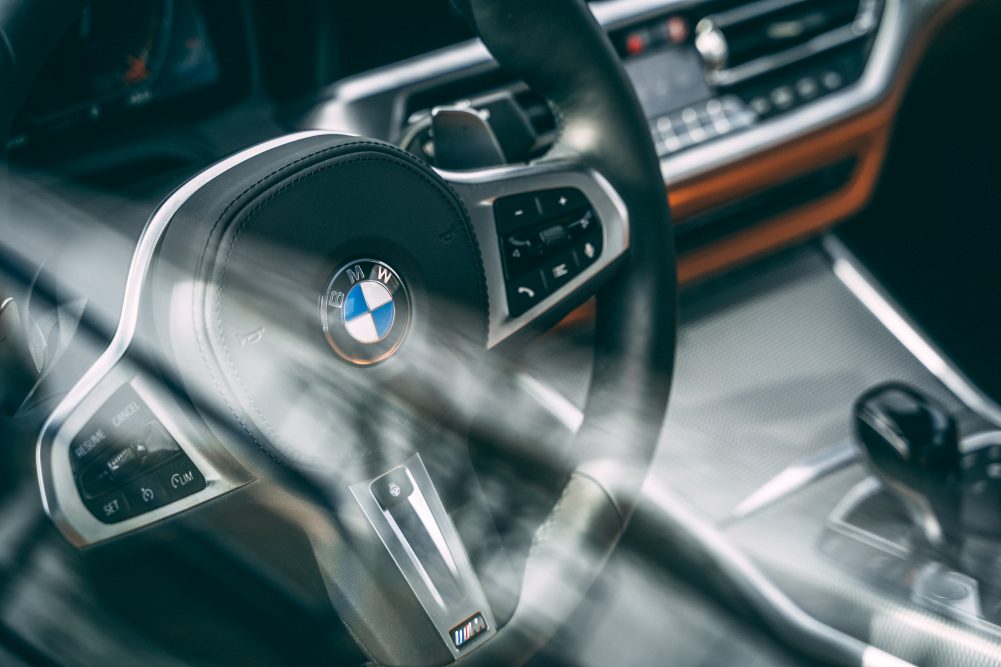 My tester had the available Sport package which adds an electronically controlled limited-slip differential, a variable ratio power steering system and position-sensitive dampers. It all adds up to the impeccably balanced chassis, allowing you to further push this thing like a hero. This chassis’ best quality is its ability to soak up road imperfections and elevations without drama or loss of control. It’s always smooth and composed. Mind you, I was riding on winter tires, but I was still able to feel a solid car underneath me.

And the steering finally has good weight in it, transcends well what’s happening up front, and doesn’t wiggled awkwardly on-center like the old car did. Steering feel is back guys! 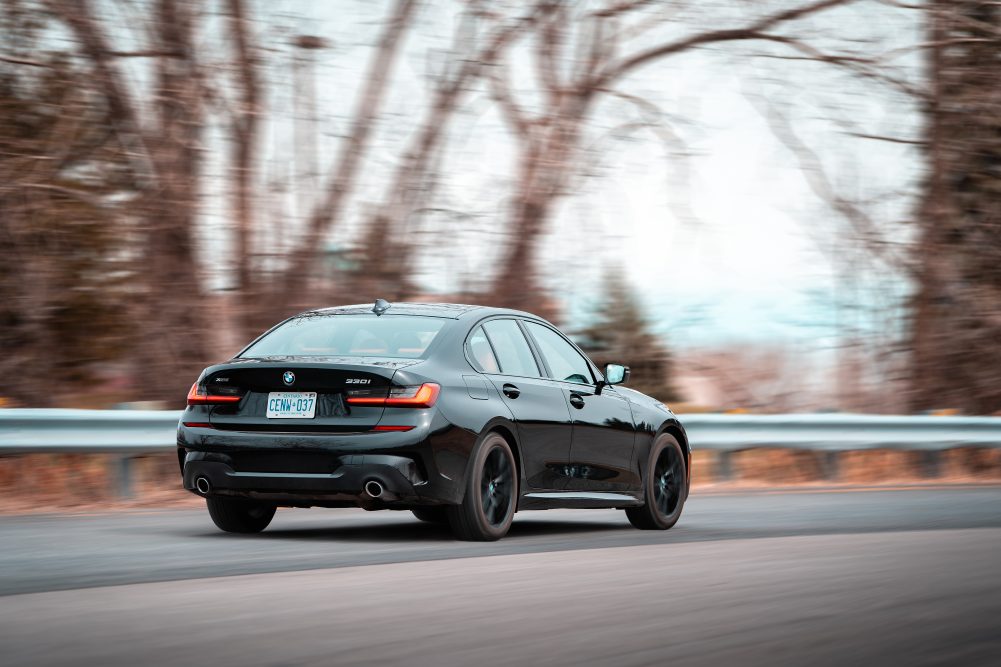 BMW is by far the carmaker that understands drive modes better than anybody else, and with this new Three, they’ve surpassed themselves. There are the usual Sport, Comfort and EcoPro modes, each drastically altering the car’s composure, throttle response and fuel economy, but it’s the Adaptive mode that impressed me the most, automatically adjusting its setting according to your driving habits. It adapts so quickly that the drive is all but seamless, simplifying what is otherwise a complicated car. 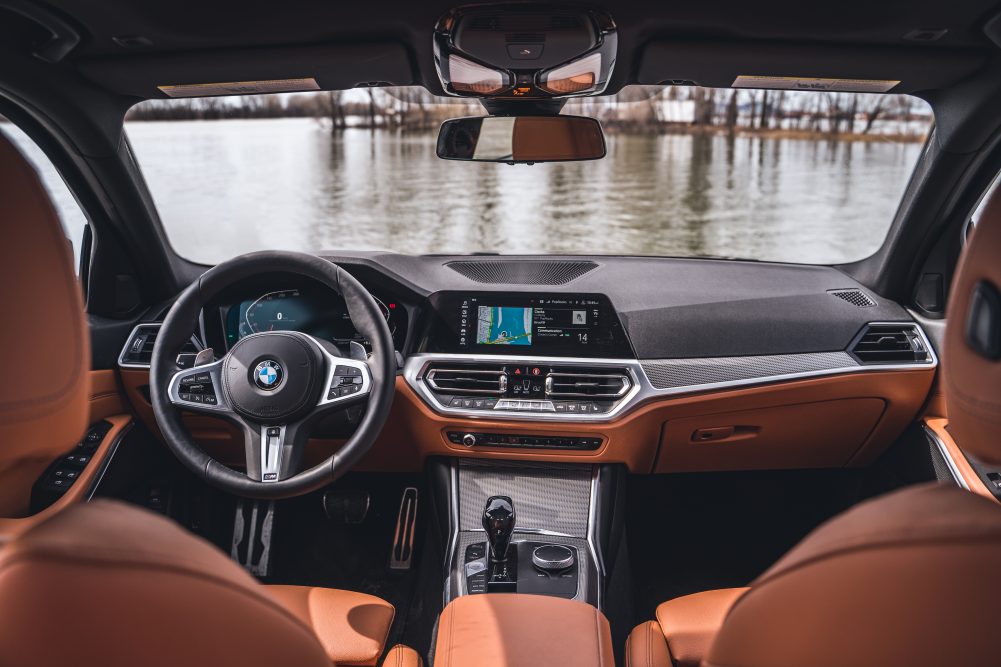 BMW, stop trying to reinvent things that need no reinvention. Stalks are fine to operate headlights, that mashup of buttons on the left is confusing and downright irritating. I kept leaving the headlights on when I’d leave the car.

The same applies for simple operations such as pairing a phone for music and phone calls. It requires several steps within the iDrive interface to get it working. Oh, I don’t know about you, but I totally dig BMW’s new design language for its interiors. It’s nice and angular, convenying modernity all while staying true to the car’s past generations.

But some of the materials are downright rude. See that nice slab of brushed aluminium behind the gear lever? It’s actually one large chunk of plastic. 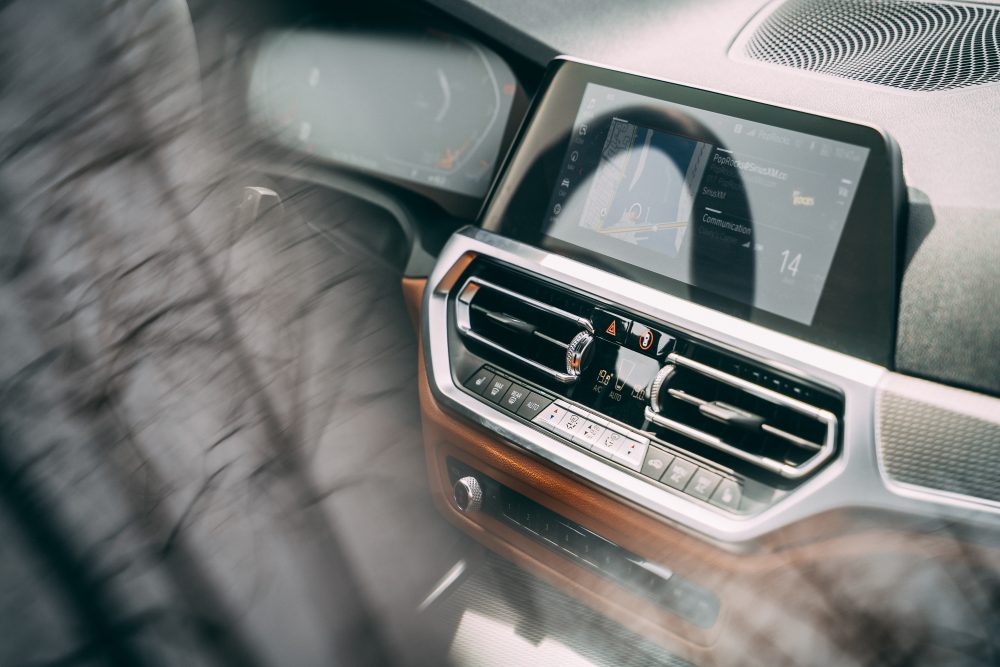 I do continue to believe that BMW’s infotainment system is one of of the best in the business for its ease of operation and flexibility in its controls. It also looks fantastic nestled inside that LCD screen. But why is Android Auto still not available? 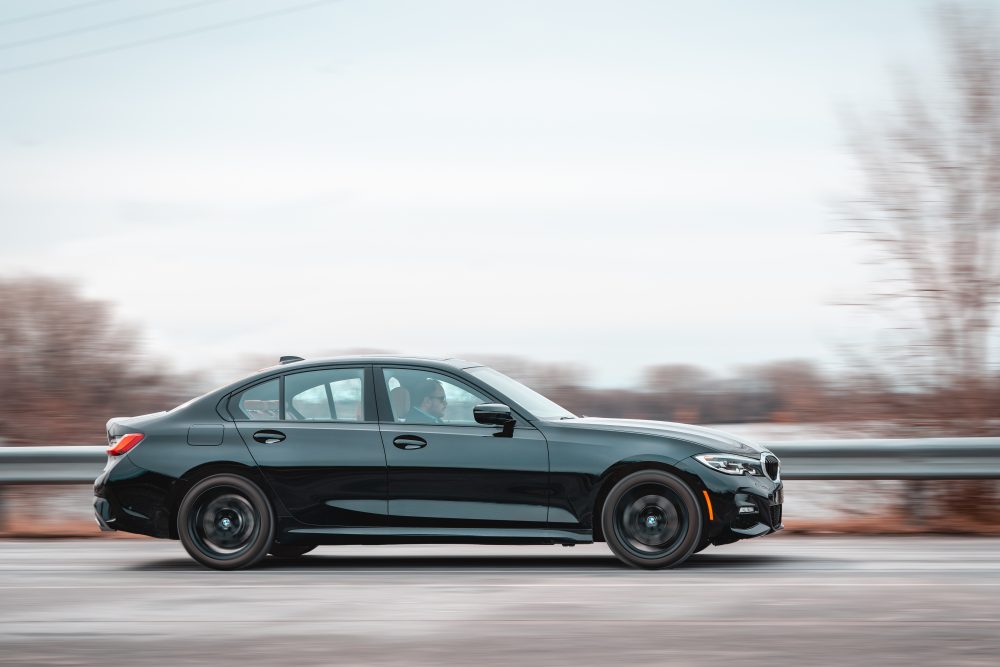 Anyway, the 2019 BMW 3-Series feels great to drive, and suddenly, all is well in the world. We’re seeing genuine progress here from a brand that doesn’t have a habit of taking the lazy route, and while I’m sad to see the stick shift go, I’m glad it’s still possible to buy an old-fashion Bimmer with proper driving dynamics to back up its name. Now let’s see how long it’ll take before its rivals beat it at its own game.