2020 BMW 750Li Is A Rolling Monolith Of Utmost Opulence 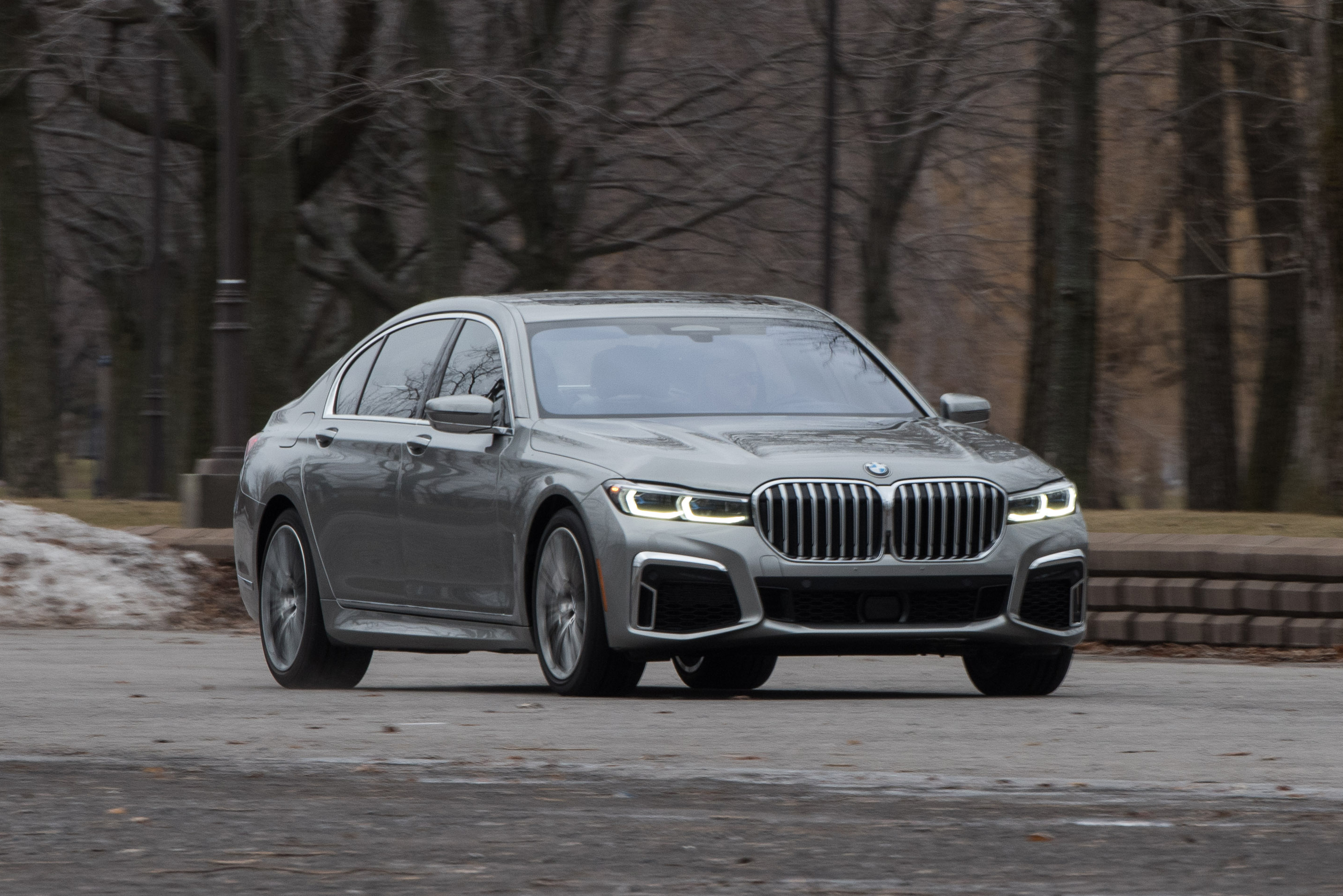 The 2020 BMW 750Li ranks among the cars I enjoyed driving the most this year, as you obviously noticed in my Best of Everything 2019 list.  And yes, I actually preferred driving it than being a passenger, which is what the car was originally intended to do: carry very rich people to their meetings and/or parties. I’m here to tell you why it’s currently the best interpretation of what a presidential luxury sedan should be, even if it looks weird with that ridiculous grille.

You Want Long With That? 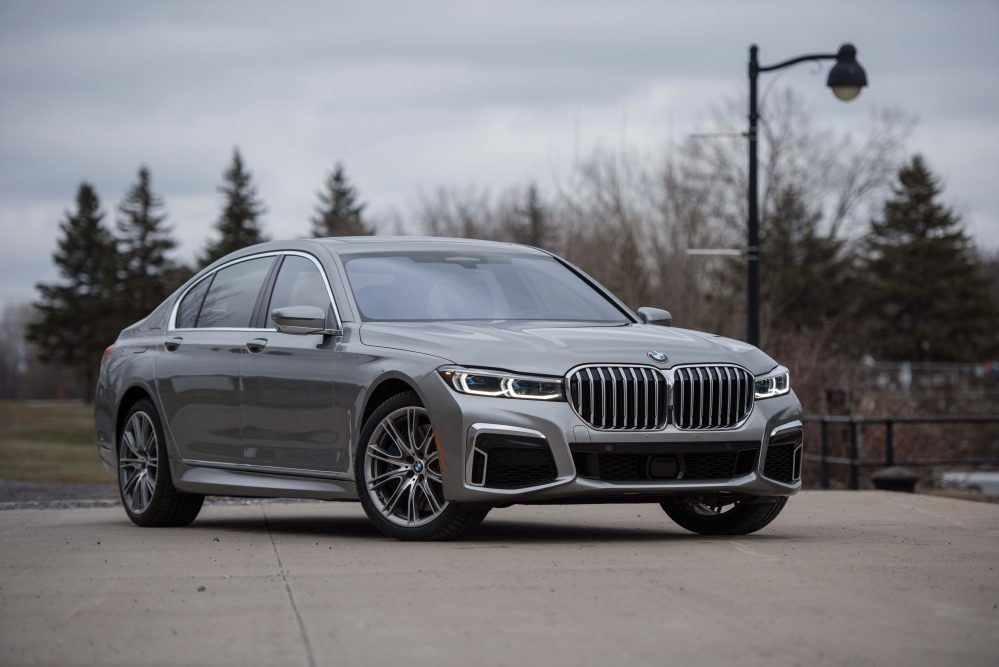 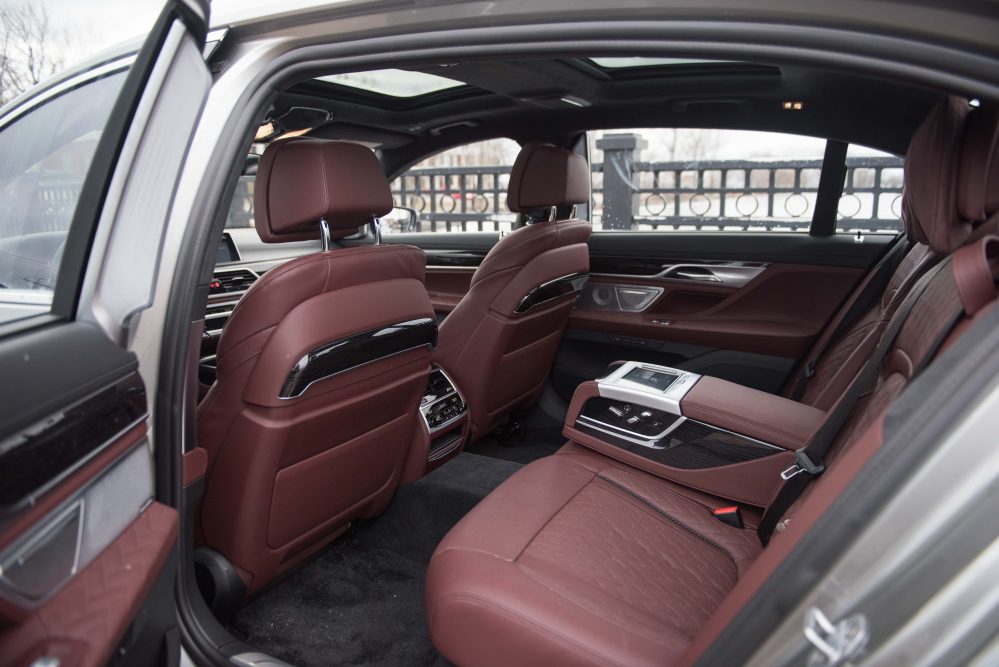 What this all translates into is a lot of interior space. And by a lot, I mean a god-damn living room on wheels, especially out the rear, where virtually everything is at the disposal of the passengers who will undoubtedly be driven around all day. Remember, the 7-Series was designed for people who have a chauffeur, and prefer being driven than actually driving themselves. They’ll also presumably ask said chauffeur to bring their expensive BMW to the shop to have it repaired, which should happen often considering all the toys this thing comes with. I’ll get back to those in a bit. 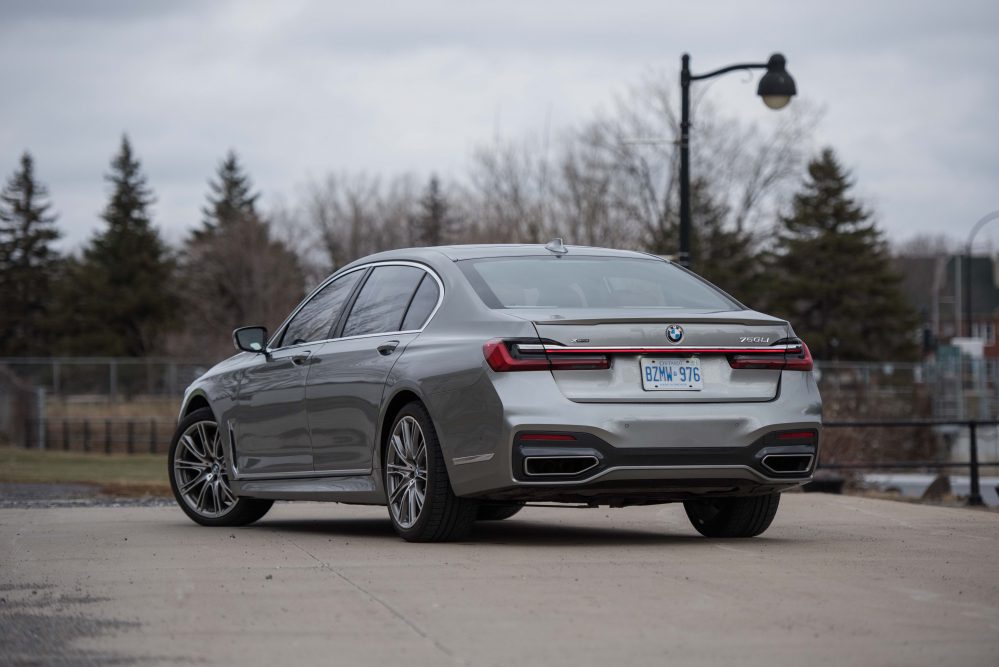 On top of offering two different wheelbases, the 7 Series comes with a nice variety of engines. After all, it’s the king of the BMW family, so in terms of propulsion methods, it doesn’t disappoint. 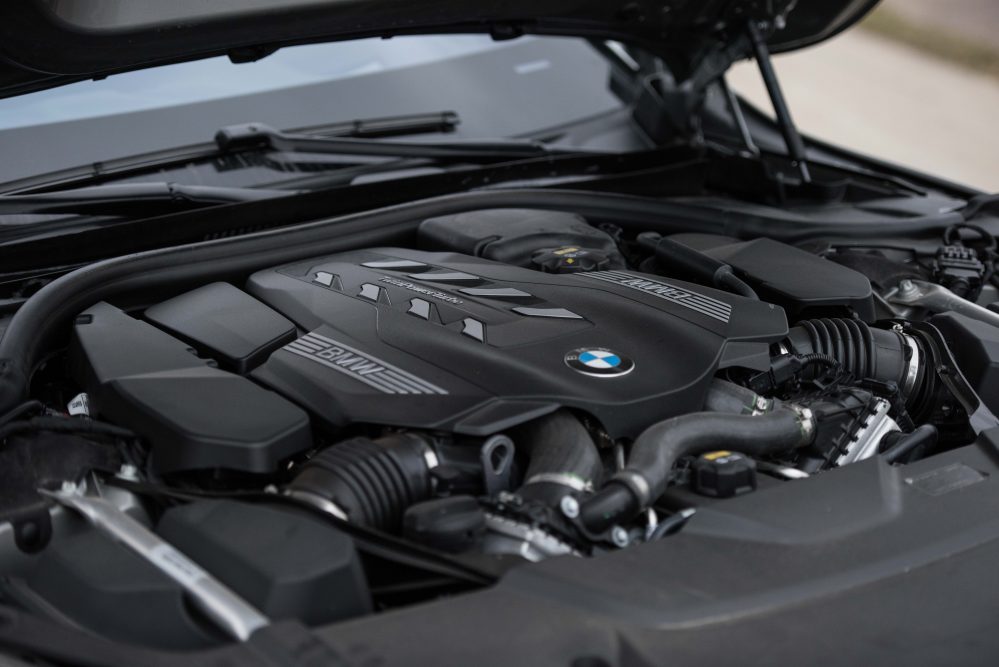 For instance, my tester, the 750Li, is powered by a twin-turbocharged 4.4L V8. It comes in two flavors, with either 443 or 530 horsepower. Torque is identical whichever you select at 553 lb-ft. Ticking off the long wheelbase package automatically gives you the more powerful V8. All engines are fitted to an eight-speed automatic gearbox. 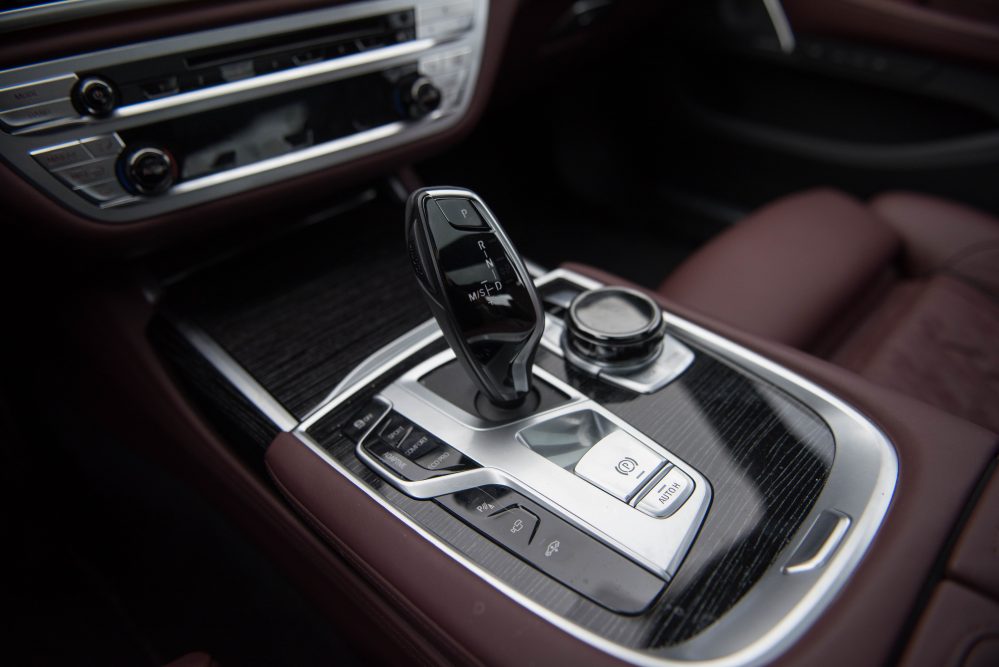 There’s even a hybrid, if that’s your thing. But the real range topper is the available 6.5-liter twin-turbo V12 good for a class-dominating 600 horsepower and 627 lb-ft torque. In case you still don’t find your 7 Series special enough, you could always check off the Alpina option. It comes with a modified version of that 4.4L V8, which makes the same amount of horsepower as the V12. It’s also the fastest production sedan in the world, with a top speed of 330 km/h. 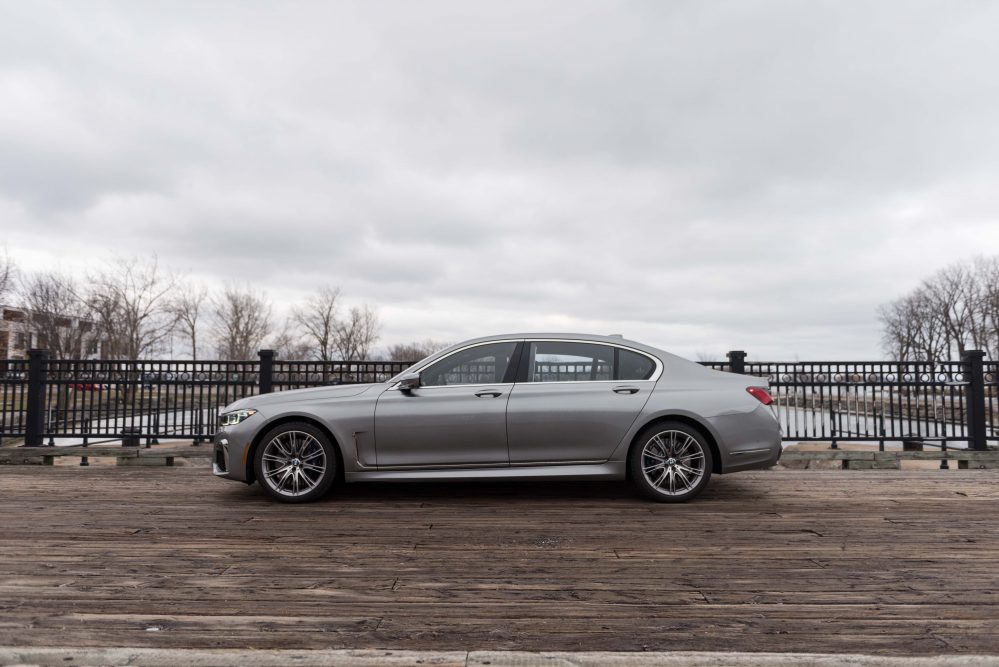 Of course, being so presidential also means the car is very expensive. Pricing kicks off at $120,748 for a “standard” 750Li powered by the “weak” V8 engine. My tester had a significant amount of bells and whistles tacked onto it, which inflated its sticker price to $155,800. Dare go for a V12-powered 7-Series with similar equipment? You’ll be well over $200,000. 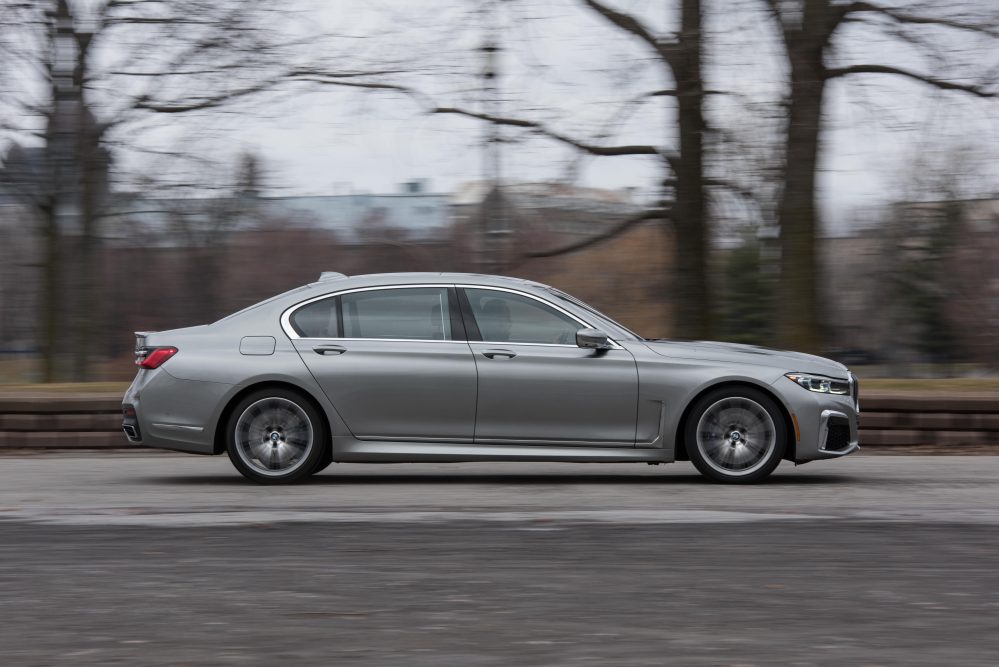 You could literally spend an entire morning sitting in the back of this thing playing with all the gimmicky toys. Some of them being more useful than others.

My personal favorite is the tiny tablet BMW has logged within the center armrest. It allows you to control virtually everything in the car, from the climate control settings, to the sound system, or even the inclination of the front seats. You know, in case you need more legroom. 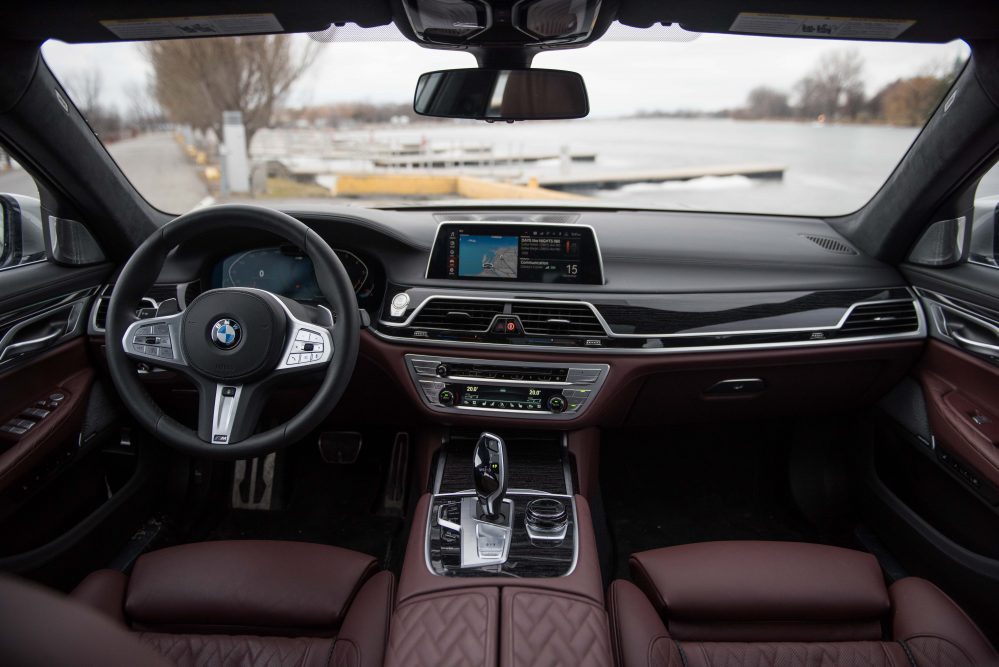 Essentially, the passenger is king in a 750Li, where automated blinds shield them from the blazing sun and a scented interior ensures they’ll always smell like a star when they’ll arrive to their important dinner meeting. There are three perfume bottles lodged within the glove compartment according to your moods. Interior lighting can be customized to the tune of an endless color palette, the navigation system can be programmed from the rear, then projected to the front screen so your driver can see it, and this thing has more massaging features than the local spa. 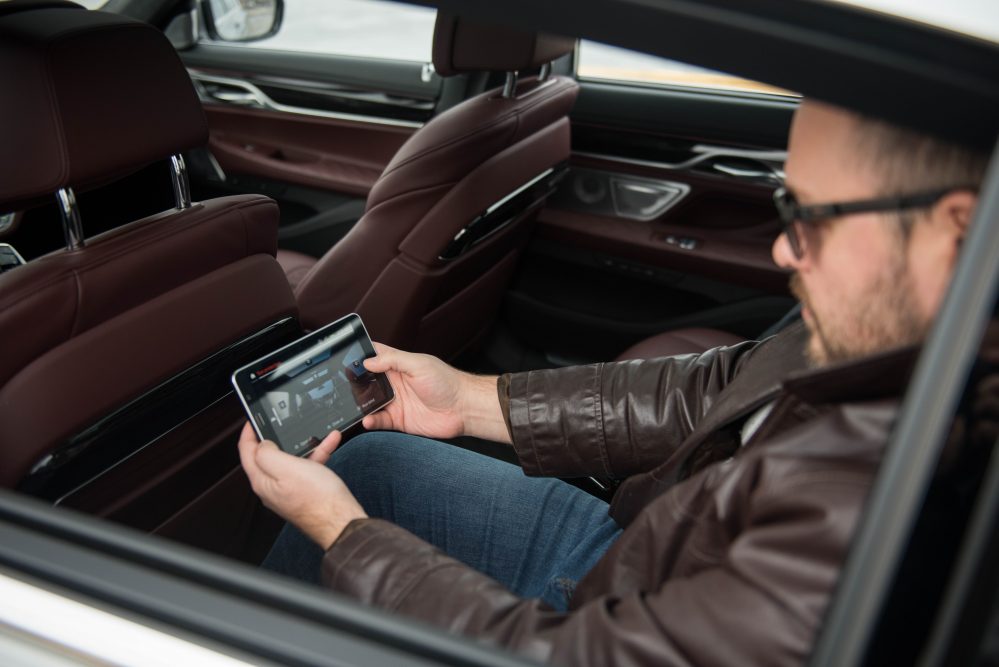 But where the BMW 750Li impressed me the most wasn’t in its ability to massage your ass at blistering speeds. It’s how athletic the damn thing actually feels from behind the wheel, proving once more that BMW is currently dominating the German space from a technical standpoint. 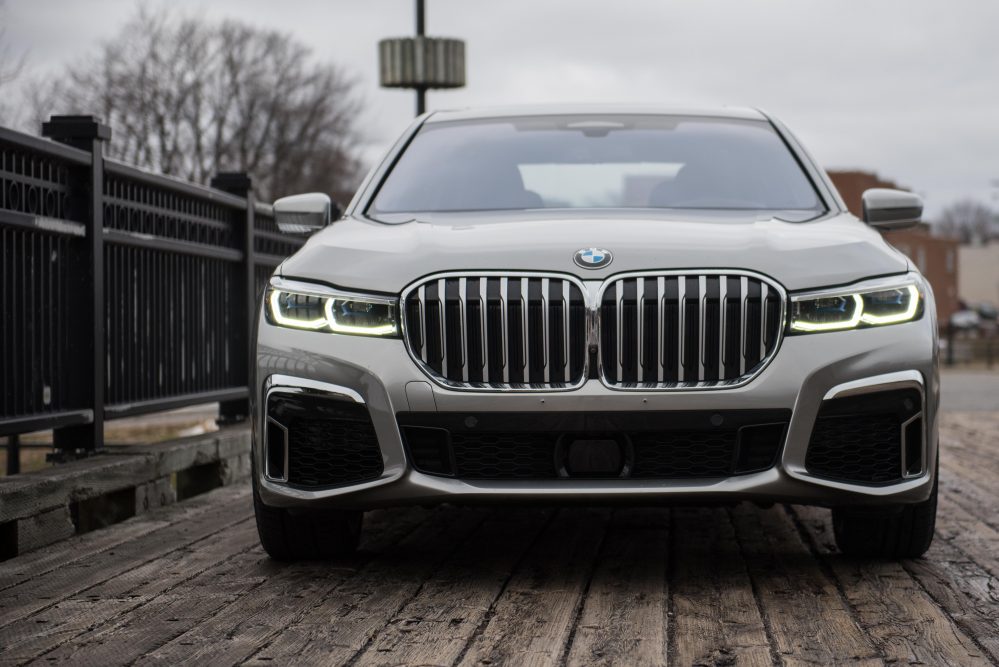 It’s not, however, dominating much from a styling position. The 2020 7-Series looks downright goofy with its enormous front grille and weird hockey stick design element down the side profile. At least, that stick is less prominent than the last generation car. But looking at the new 7 Series head on makes you wonder if it has something stuck in its teeth. It also screams loud and clear that you’re driving a BMW, which doesn’t really help with the stereotypes normally associated with BMW drivers. 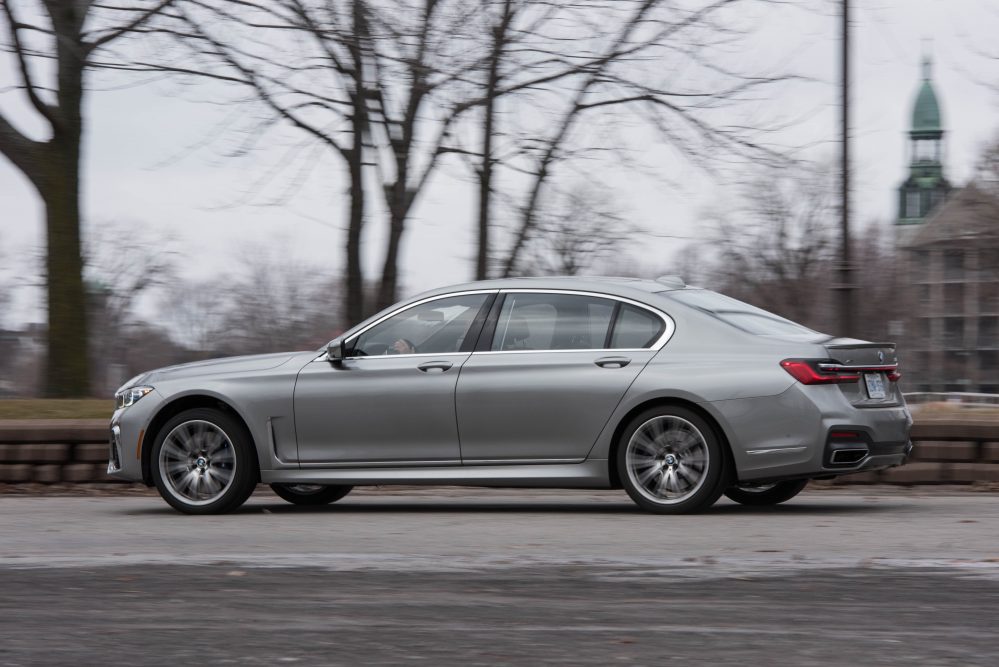 Anyway, back to the driving. It’s actually quite fantastic to say the least. Like in all BMWs, the drive modes are where the magic happens. You don’t get Sport + here, but rather just Sport. There is, however, Comfort + which makes the car even softer and lazier than it already is. It’s the kind of mode that makes you want to fall asleep. 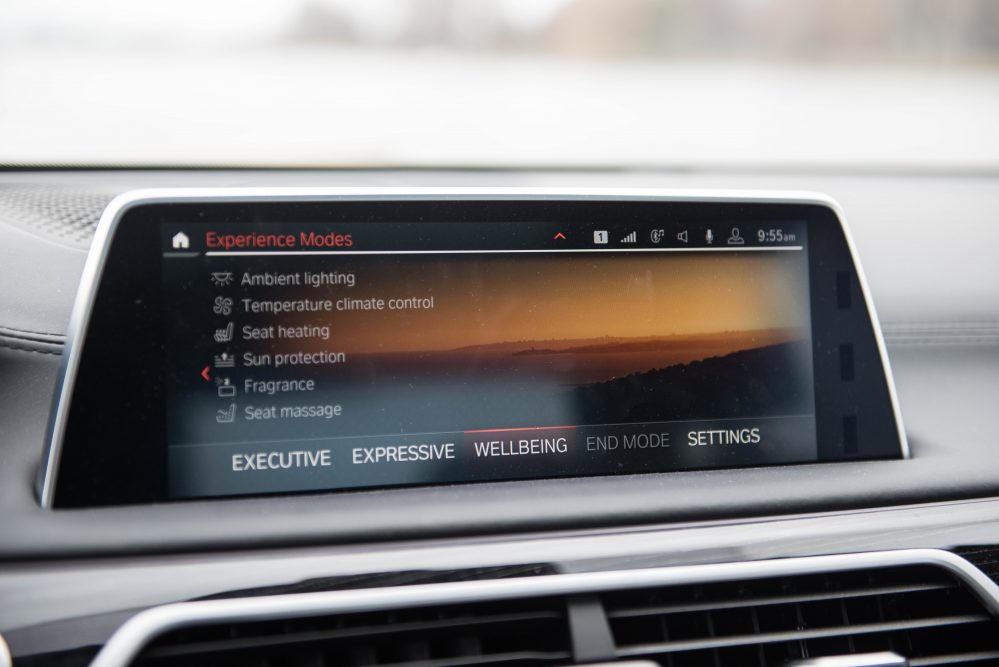 In Sport mode, the 750Li suddenly shrinks from underneath you. The big, fat steering wheel is enjoyable to grasp, while the automatic gearbox turns on its most athletic game face. Accelerations from the twin-turbo V8 are brutal, with a smooth wave of seamless torque quietly taking over as you float your way towards astronomical speeds. 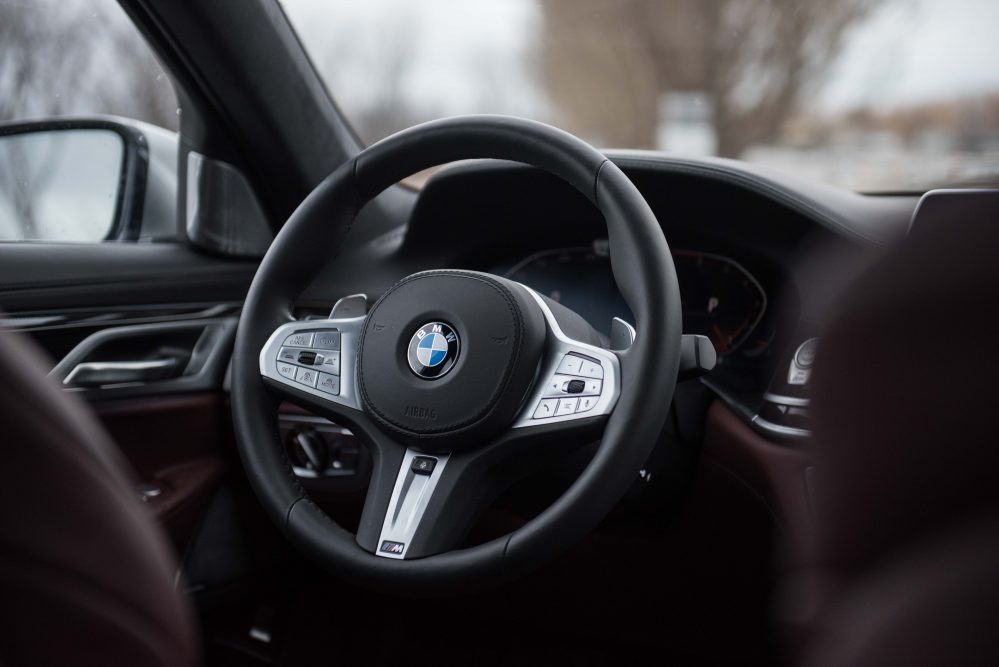 Yet, even with all that girth, the 750Li turns in with impressive reflexes. It feels light on its feet and agile the moment you turn into a bend faster than you should. Handling is rock-solid, never does it flex, bob, or weave under load, and the brakes will halt you down from Autobahn conquering speeds within seconds, never displaying any signs of fade or weakness. 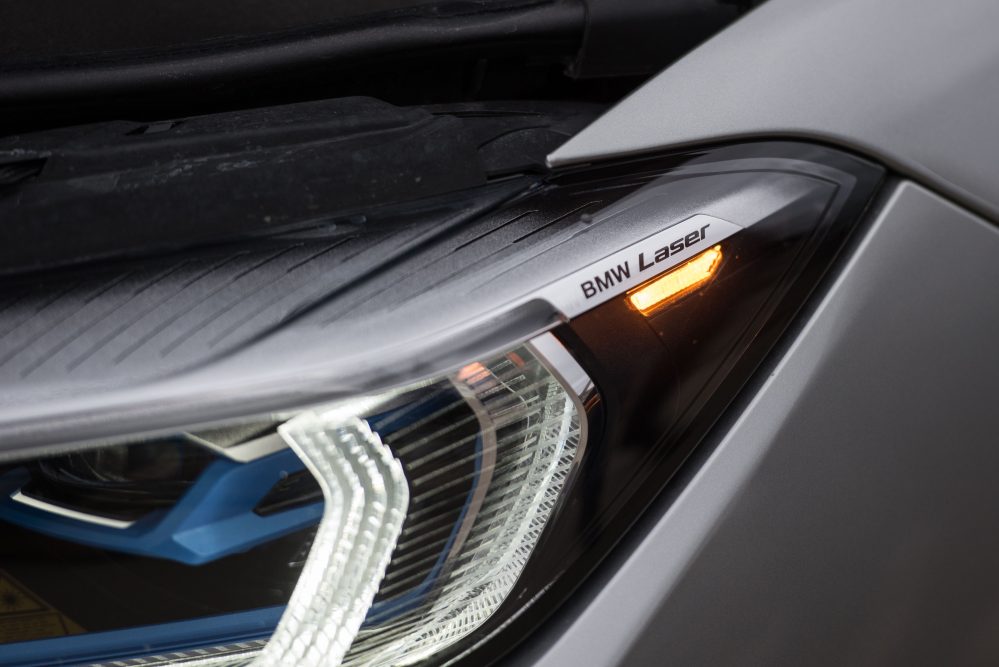 But of course, when you pay this much money for a luxury land yacht, you expect it to overachieve the way this new Seven does. As I write this, no other carmaker manufacturers something so opulent, modern and quick. Mercedes is hanging in there with the S-Class, a car I continue to adore and respect. 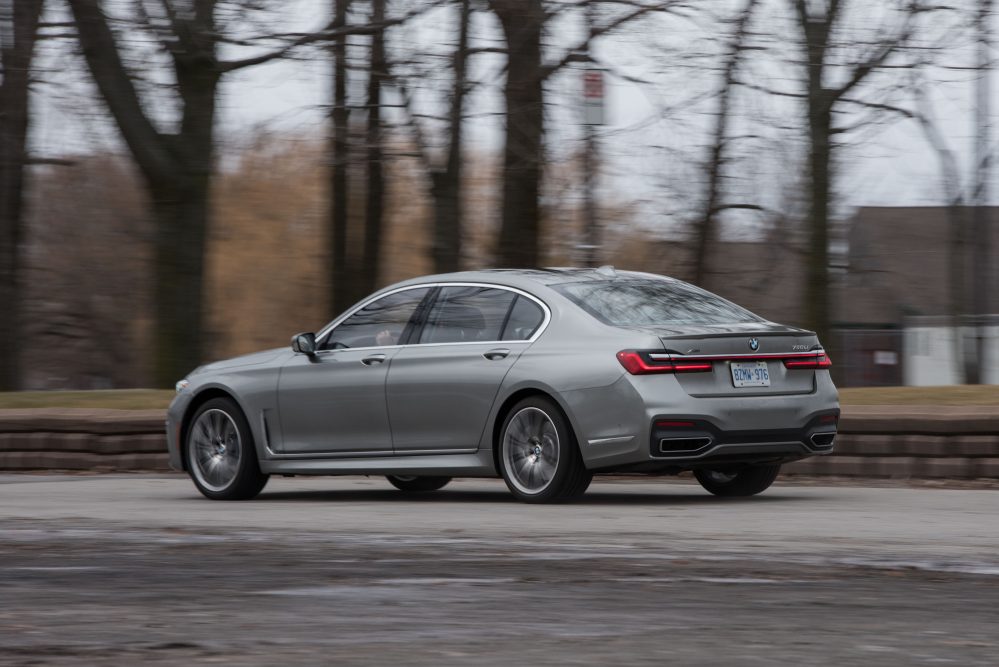 Unfortunately, it’s getting old, and soon due for an overhaul, which I hear is coming this year. Also, in a straight line, this Bimmer will eat it alive. The truth of the matter is, while the 2020 BMW 750Li looks kind of weird, it’s still the queen of the fat opulent sedans, both from a passenger’s and a driver’s perspective.