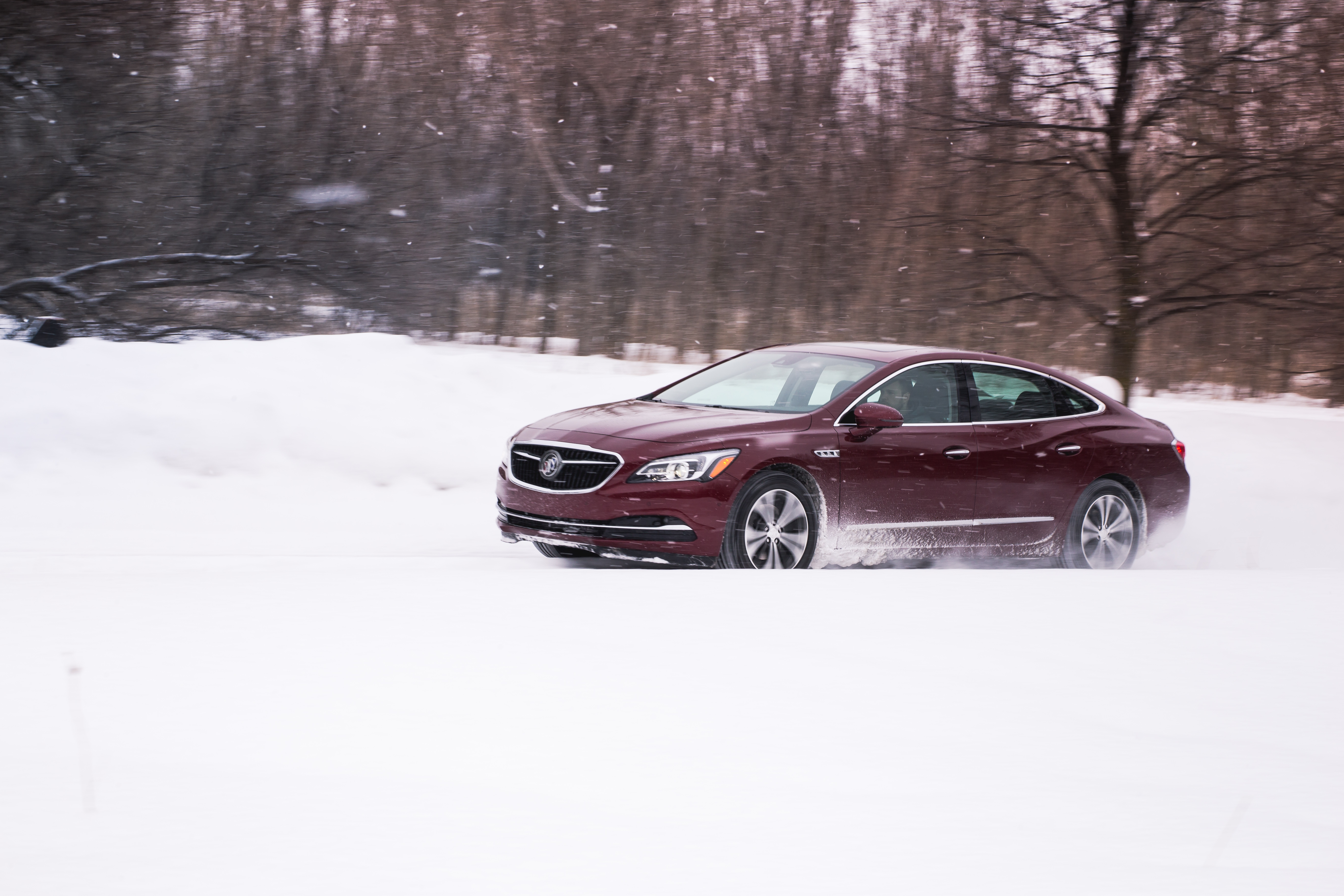 Crossovers. Crossovers that pretend to be sports cars. Cars that pretend to be crossovers. Weird-looking designs. Artificial this. Autonomous that. Drive modes. Ah man, what a head-spinning car spectrum we’re sitting in my friends. I tell y’all, it’s one hell of a time to be writing about cars, because it’s become extremely difficult to distinguish which segment today’s cars belong in.

I gotta say, I’m happy I had the opportunity to spend some seat time inside the 2017 Buick LaCrosse. Because, contrary to what I had imagined, the LaCrosse isn’t a car that tries to be anything different than what it actually is. This is a big, brash, American, front-wheel-drive sedan with a big V6 sitting on top of its front wheels. That’s it. And if there’s something America knows how to build well, it’s powerful, full-size sedans – The 2017 Buick LaCrosse, well it’s doing it right. 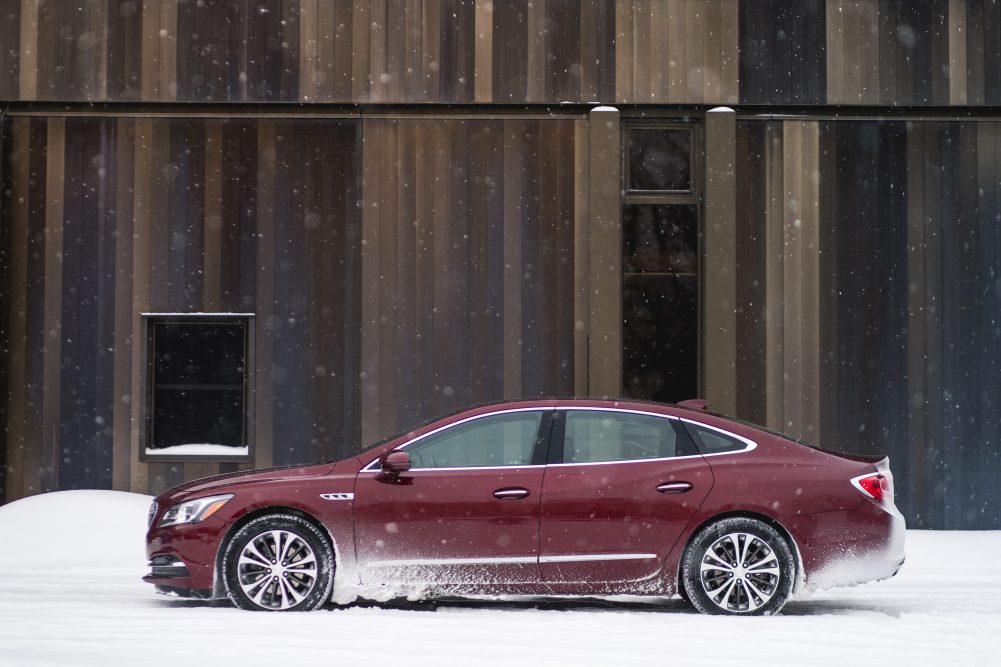 The LaCrosse is an interesting car in Buick’s lineup, because it carries the responsibility of bridging the gap between the old Buick, and the company’s younger, more dynamic brand image. You probably remember the compact Verano I drove last year, it was a car that impressed me with its excellent road manners, quiet ride, and affordable packaging put together to attract younger buyers inside Buick showrooms.

As a marketing exercise, the Verano is pretty straight forward.

For the LaCrosse, however, things are somewhat more challenging. It must continue satisfying Buick loyalists, who, although now considerably ageing, are still buying Buicks by the masses. The challenge is: the LaCrosse must also look modern and in tune with the times. Not an easy feat to accomplish. 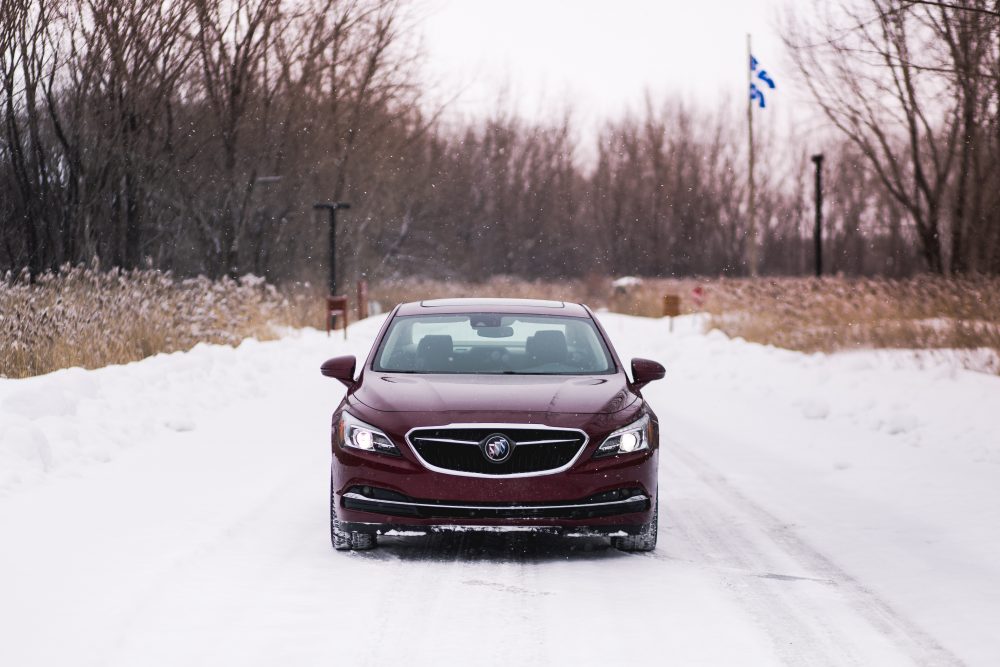 Thankfully, Buick has seriously talented designers among its team to help achieve this goal. I must say, I’m a big fan of Buick’s new design language. I know Cadillac is America’s official luxury brand, but I believe Buick is doing a much better job at looking American these days. There’s that Avista concept they’ve presented at auto shows lately. GM, why don’t you market that thing already? We know there’s a Camaro sitting underneath. 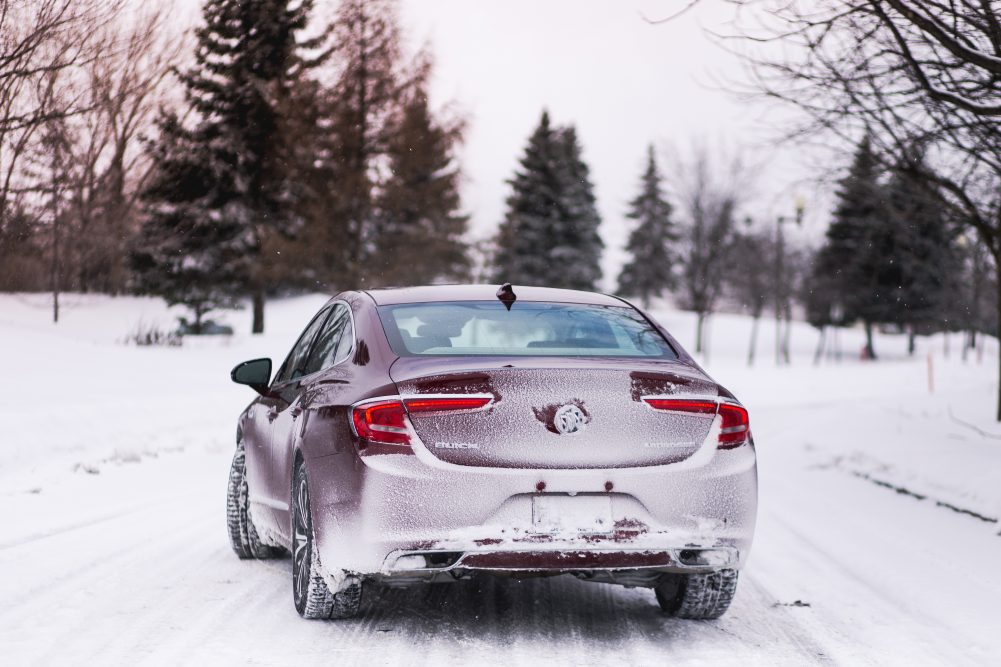 That being said, the Lacrosse is a typical American example of a slow-slung, wide, opulent sedan. Of course, being a LaCrosse, it has no say in the matter. But it looks good. The overall appearance, especially the front end, evokes the Avenir Concept, a rear-wheel-drive sedan Buick launched a few years back.

But yeah, as a full-size sedan, this LaCrosse works. It’s elegant, feels premium, and more importantly, doesn’t look like a Chevrolet with a different grille and headlights. 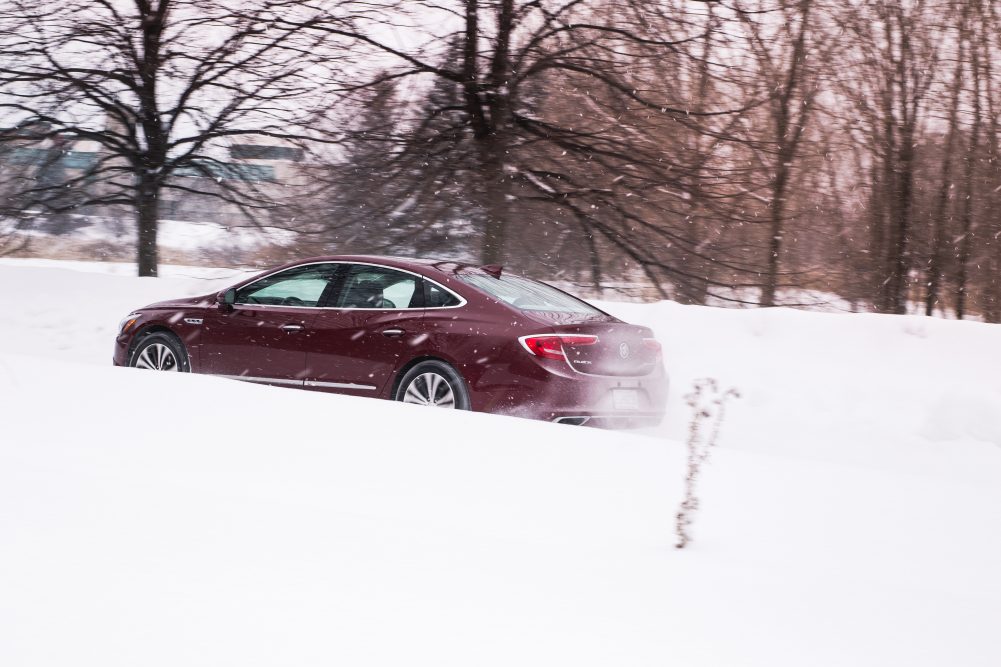 Mind you, it’s no secret that the LaCrosse shares several mechanical components with the Chevrolet Impala, notably GM’s Epsilon II platform and the 3.6L V6 – the same one I sampled in the GMC Acadia.

That V6, well it churns out 310 hp and 282 lb-ft of torque and gives the LaCrosse more than ample mojo to get around. It’s a strong power train, one which emits a satisfying intake bark all while letting itself rev past the 6800 rpm power peak. It’s also very lively and helps give this otherwise grandpa-style sedan a lot of character. And even if it weighs in at 1691 kg, this Buick has no trouble getting off the line. 0-100 km/h, according to GM, is achieved in 5.9 seconds. That’s almost as quick as that sexy Scandinavian sedan I drove a few weeks back. 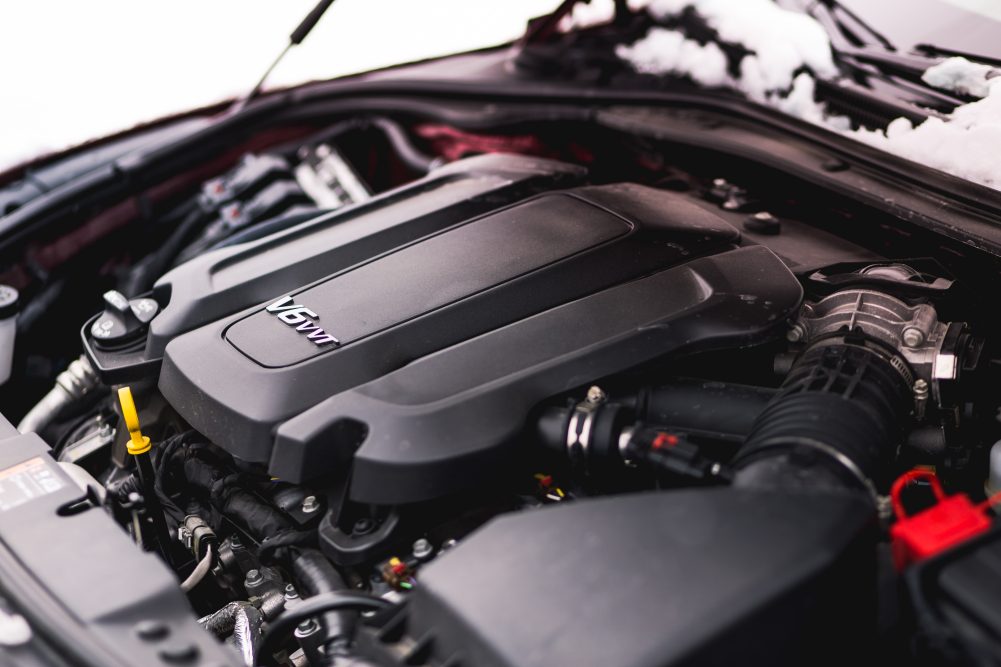 Power in the LaCrosse is sent to the front, or 4 wheels via an 8-speed automatic, not a  6-speed like in the Malibu. I’ve said it before and say it again, GM is really nailing the automatic transmission department these days with smooth upshifts, quick downshifts, and a tendency to blend in the background no matter how you drive it.

That transmission does come with its share of flaws, however. I’m really not a fan of the over-complicated and goofy-looking shift lever, which not only takes up a large part of the centre console, but is downright infuriating to use due to a clumsy BMW-style joystick mechanism. There is a manual mode, with actual steering-mounted paddle shifters. They do work a lot better than the useless trigger buttons typically found in Chevrolet cars and trucks. 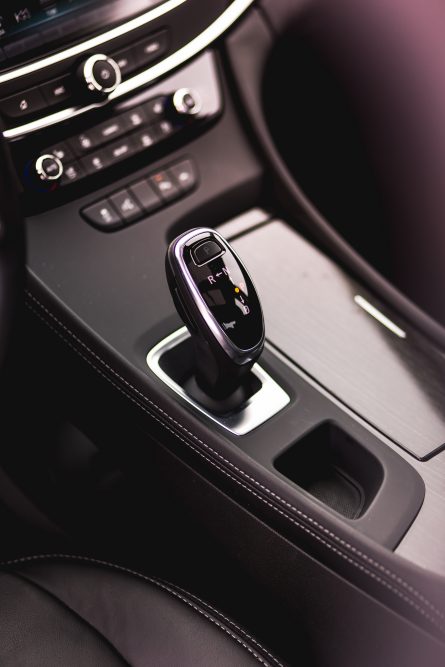 If it were up to me though, I’d fit all LaCrosse models with all-wheel drive, because torque steer, especially when traction control is removed, is excessive. And a Canadian winter storm isn’t this front-wheel-drive Buick’s ideal environment. I often struggled to get some actual traction out of the thing in the snow.

Quiet, Spacious, and a Good Value 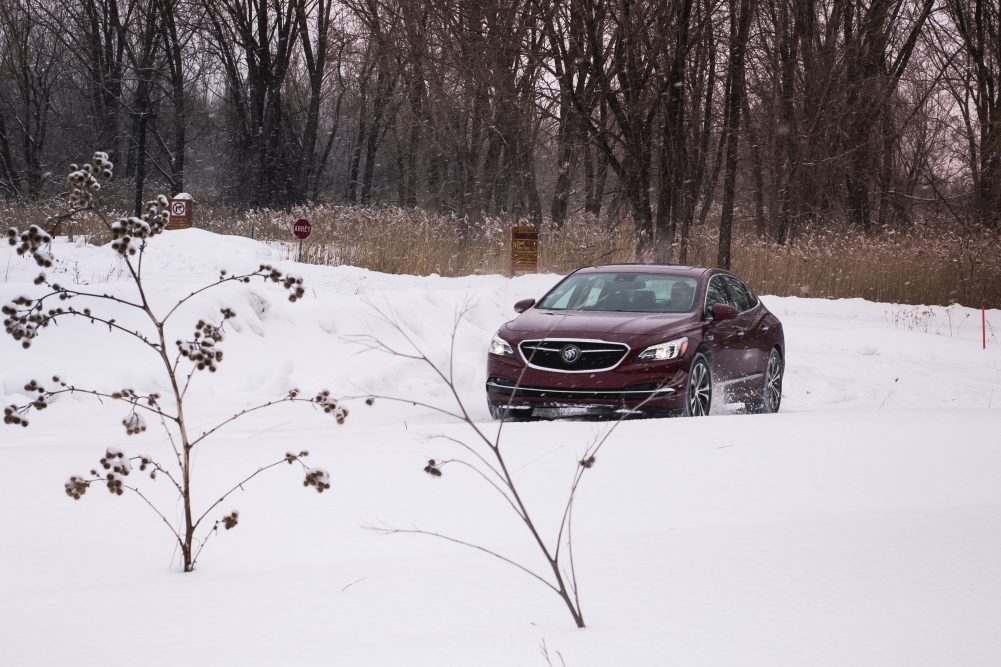 Inside, again, the 2017 Buick LaCrosse is not a GM parts bin special, but rather an elegant, well put-together, and attractive sedan. I love the simplicity of the dashboard covered in soft plastics and fake wood. The overall theme is clean and reserved, while remaining luxurious.

Buick’s IntelliLink 8.0-inch touch-screen interface, a near carbon copy of other GM interfaces, remains easy to use and quick to respond, with physical knobs for basic controls. IntelliLink also features all the latest in smart phone connectivity such as Android Auto and Apple Carplay. Like most GM products, in-car Wi-Fi is also available. 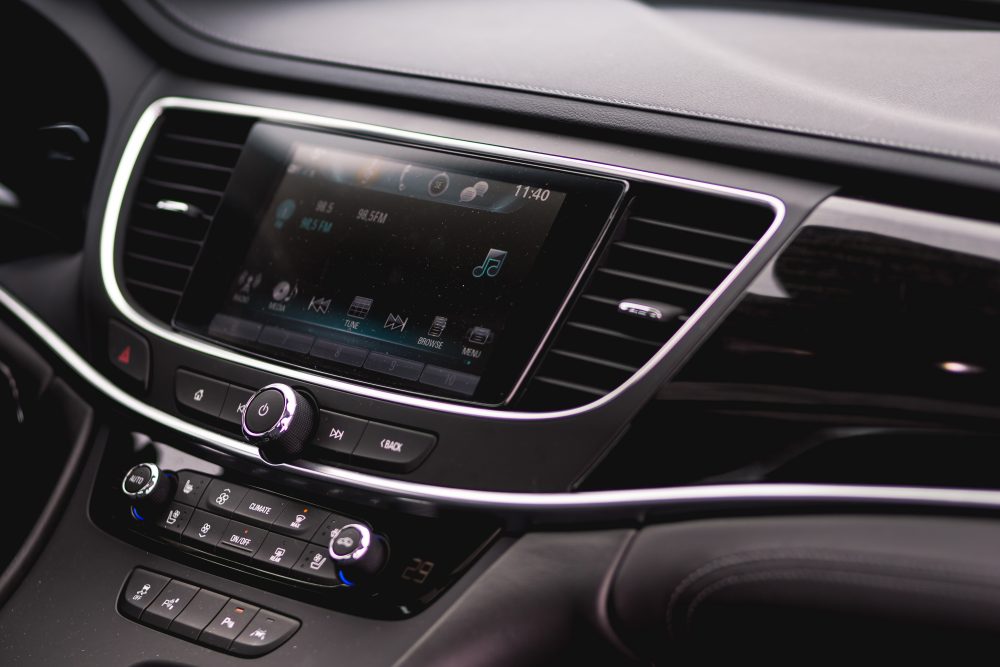 I did have some gripes with the interior, such as limited rear and lateral visibility due to the car’s high beltline and tiny side mirrors. I guess that’s the inevitable trade-off for an attractive exterior design.

General ergonomics remain an issue in GM products. Again, there’s an inconsistency in the position of the controls and knobs throughout GM’s distinctive brands, making each car feel like it was built by a different carmaker. Also, the LaCrosse’s dashboard sits higher than the seats, so you always feel like you’re sitting inside a bathtub. 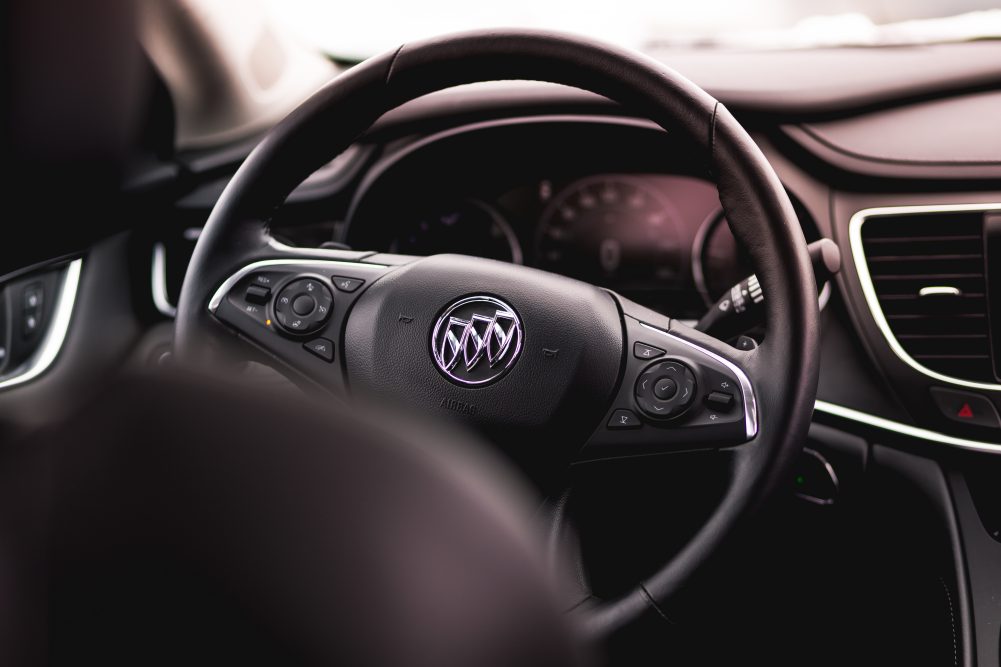 On the road, the LaCrosse is smooth and very quiet, thanks to Buick’s Quiet Tuning technology, where the car has been fortified at key locations to isolate exterior noise from the cabin. To my surprise, the LaCrosse was quieter than the Volvo S90 at highway speeds. Rear leg and head room are more than abundant, and so is trunk space. The suspension, as expected from a full-size sedan wearing a tri-shield insignia on its grille, leans more towards the soft side.

However, steering is sharp in the LaCrosse and the brakes are firm. If you need to, this big girl will boogey, but it prefers a laid-back, relaxing ride out of town over an apex-carving weekend adventure. 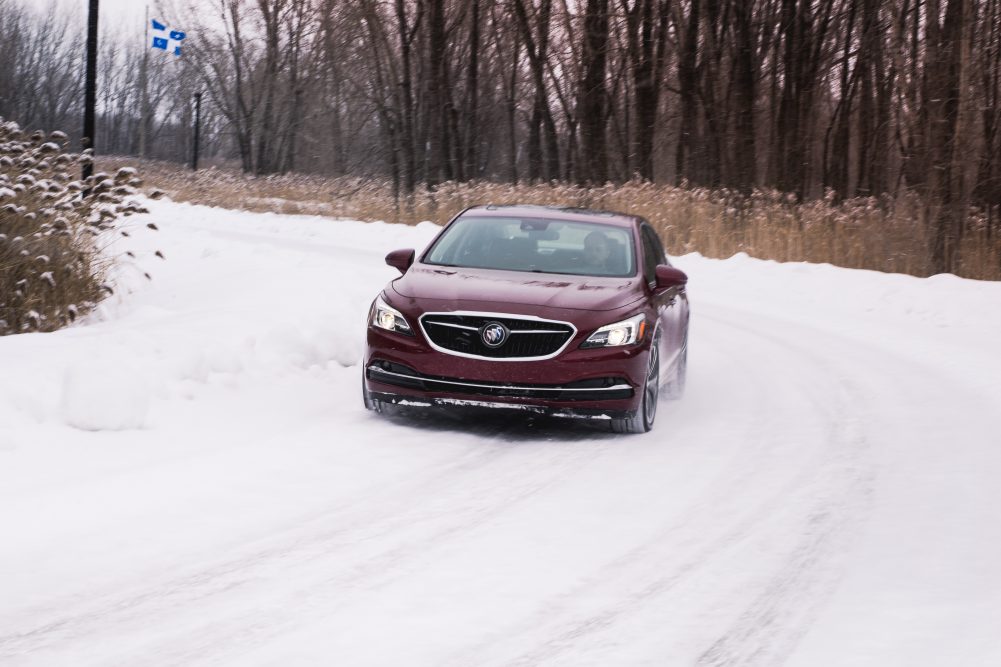 One thing I particularly enjoyed about the LaCrosse is the absence of drive modes. You just put this thing in D and gun the throttle. Now that’s how I like my American sedans. 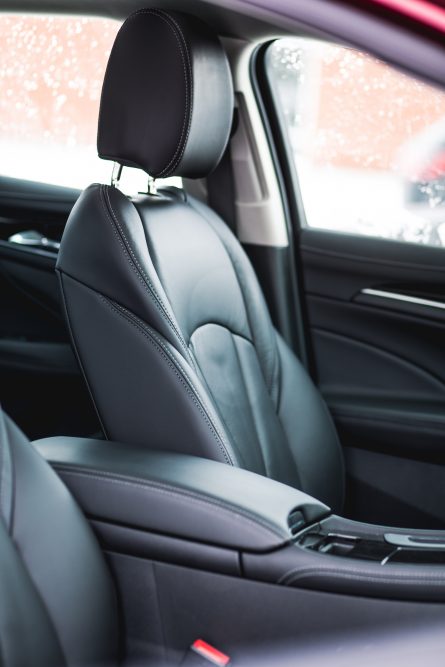 Pricing for the 2017 Buick Lacrosse ranges between $37 445 for a base, front-wheel-drive model, and tops out at $49 500 for a LaCrosse Premium with all-wheel-drive. My tester was the Premium front-wheel-drive, complete with the panoramic roof, premium Bose sound system and full package of semi-autonomous safety tech. It stickers at $47 545. 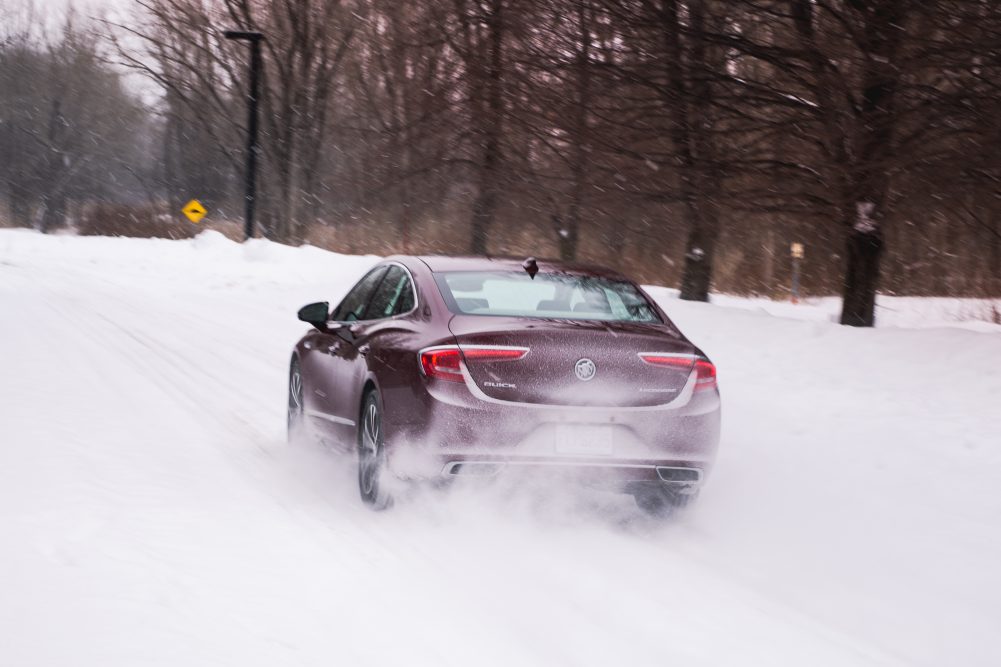 It’s hard to want to cross-shop a Buick over a Toyota Avalon or a Nissan Maxima, because the nameplate still has to deal with an ageing brand image. But I’d reckon the Buick LaCrosse has more to do with a Lexus ES in terms of luxury and refinement. To sum it all up, if you’re looking for an honest-to-goodness all-American full-size sedan that looks the part, drives smoothly, offers plenty of power on tap, and is an excellent value for the money, the 2017 Buick LaCrosse is a car I’d suggest you consider.

Also, in case you haven’t been following, Buick is now the third most reliable car brand according to Consumer Reports. Not bad for an old fart.

Review of the 2017 Buick LaCrosse by William Clavey