Cadillac XT6 Proves GM Has Too Many Engineers, Not Enough Dreamers

The Cadillac XT6 is Cadillac’s first seven-seater SUV that isn’t an Escalade. And that’s kind of a problem for the brand, because it enters a segment that’s already oozing with quality products, most of them being German. If Cadillac wants people to actually buy this thing, the XT6 doesn’t only need to be damn good, it must also be super desirable. Does it hit the spot? I spent a full week with one to find out. 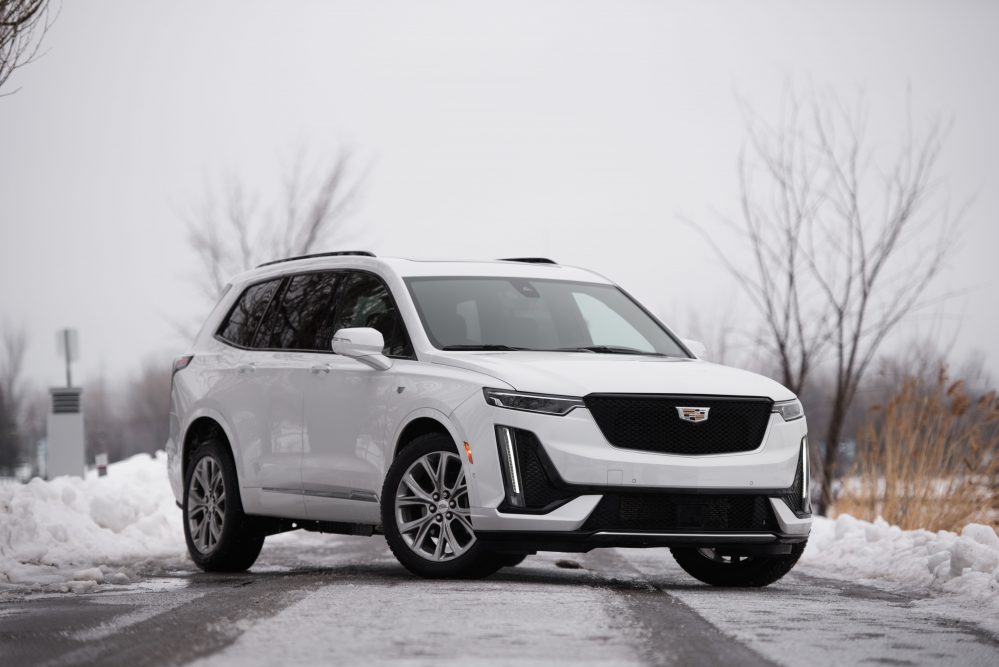 I must say, the Cadillac XT6 is a good-looking premium SUV, as long as you’re not looking at it from its side profile. That’s where you’ll see the Chevrolet Traverse on which it’s based.

I love the front section though, which is actually where the XT6 looks the best. Cadillac has been doing a bang up job lately of making its products look distinguished, high-end and modern. Those vertical LED daylight running lights look the business, while the vehicle’s stance makes it look mean and muscular, especially out the rear where it screams mini Escalade. 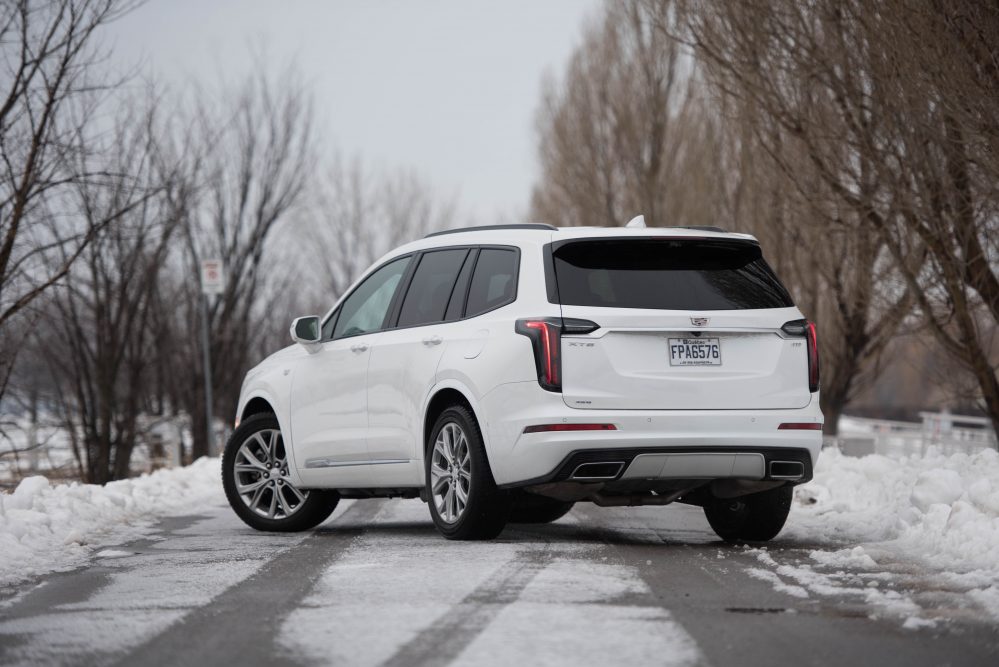 Sadly though, it all appears to have been plastered onto a mainstream SUV, which is where things start to fall apart.

The XT6 looks good, especially in white, but its styling doesn’t do anything particularly exciting to attract your attention. General Motors seems to have taken a more traditional route here, playing it safe, presumably because this vehicle will please a wider audience. It’s essentially a very safe bet, a basic ingredient when you’re looking to make a quick buck. 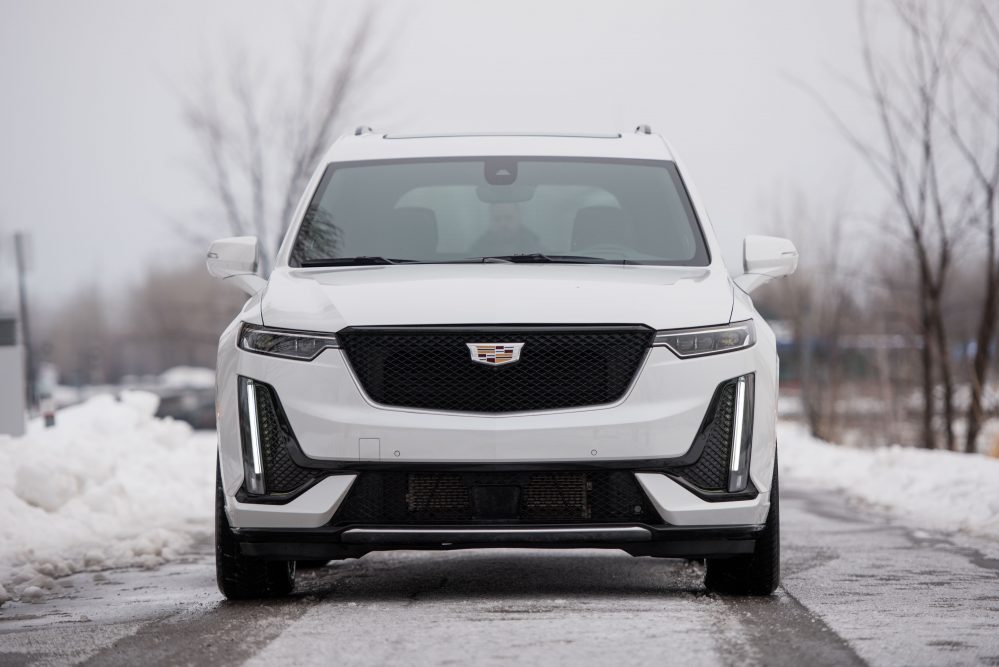 The strategy is unfortunately all too obvious and the message is clear: Cadillac needs to make profits, and the XT6 is the one that’ll ensure those. Or so the carmaker thinks. 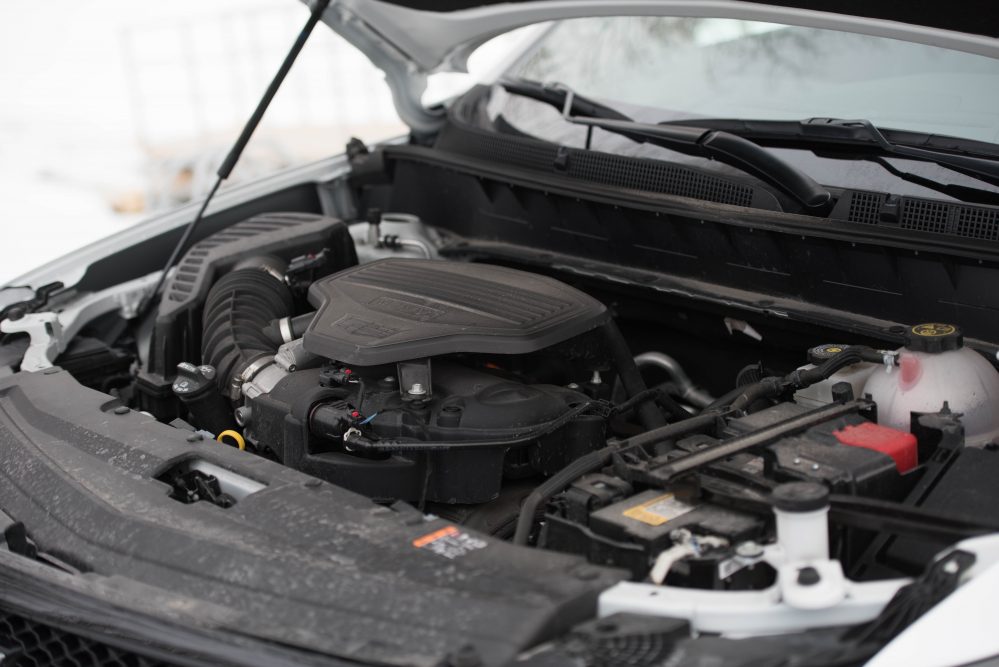 This whole “no-risk” approach is also visible inside – which I’ll get back to in a bit – and under the hood too. Only one engine powers these things, GM’s tried and proven 3.6-liter naturally aspirated V6. It’s good here for a class-competitive 310 horsepower and 271 lb-ft of torque and mated to a nine-speed automatic gearbox. All-wheel-drive is standard in Canada. 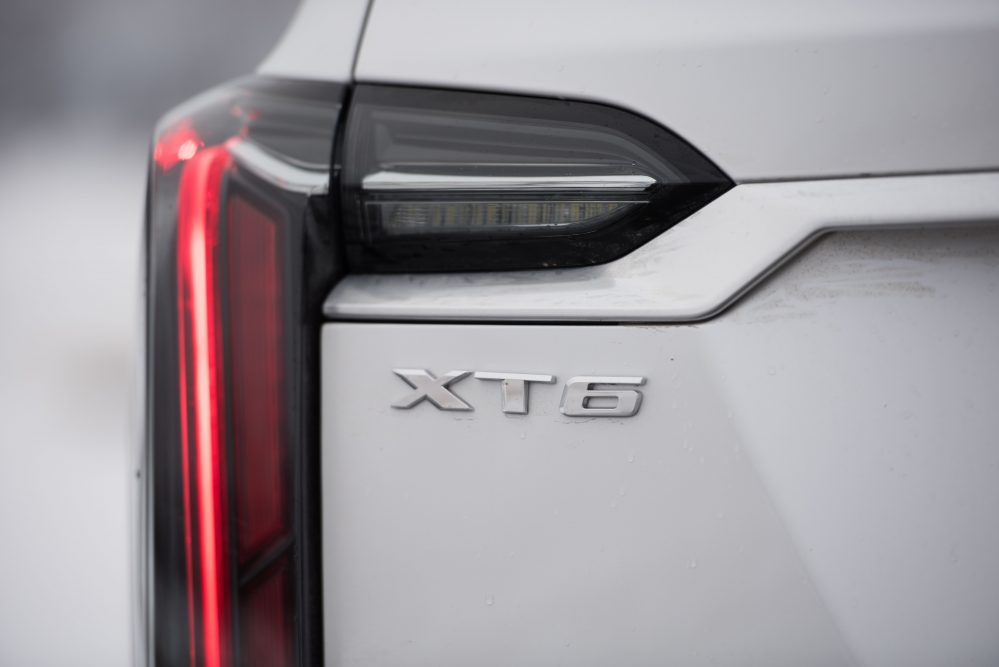 How much for this rebadged Chevy? Pricing kicks off at a not-so-cheap $63,448. Two trim levels are offered, either Premium Luxury or Sport. My tester was the latter equipped with the $4,255 Platinum package which includes a full array of extra goodies. It’s basically the fully loaded model with a sticker price of, wait for it: $77,628.

Ok, so the XT6 is expensive and looks a bit generic. But how does it drive and feel? Quite good, actually. That’s where GM kills with engineering. Sadly, it all kind of fails from an emotional standpoint.

This is a rock-solid SUV, I’m actually very impressed by its chassis rigidity. Drive over a pot-hole or a road imperfection, and its structure never flexes, bogs out or emits any form of rattle. The last time I felt something so buttoned down was in a BMW X5, so it says a lot about how well put together the XT6 is.

It’s also rather athletic for its size. Enter a corner too quickly and the XT6 exhibits very little body roll, with impeccable road composure and just the right amount of damping. There’s great tuning here. 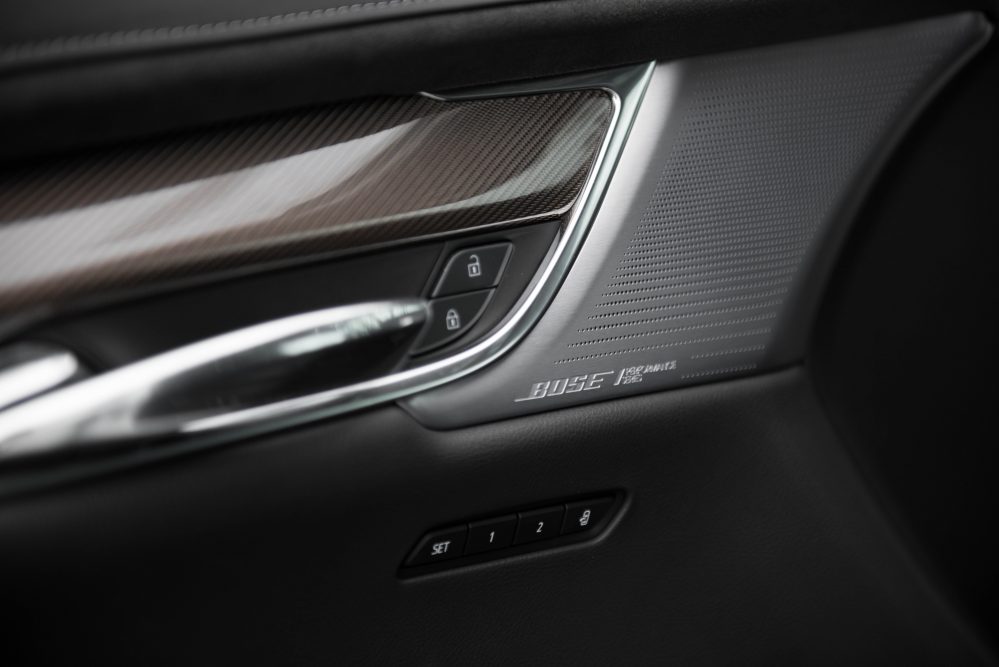 Then there’s the way the naturally aspirated V6 pulls and sounds. As the old saying goes, there’s no replacement for displacement and this V6 proves that point. Throttle response is immediate, power delivery is butter-smooth, and it loves to rev, emitting satisfying intake snarls along the way. It’s even rather good on gas thanks to cylinder deactivation. I pulled an 8.7/100 km average best while I had it, which is frankly solid. 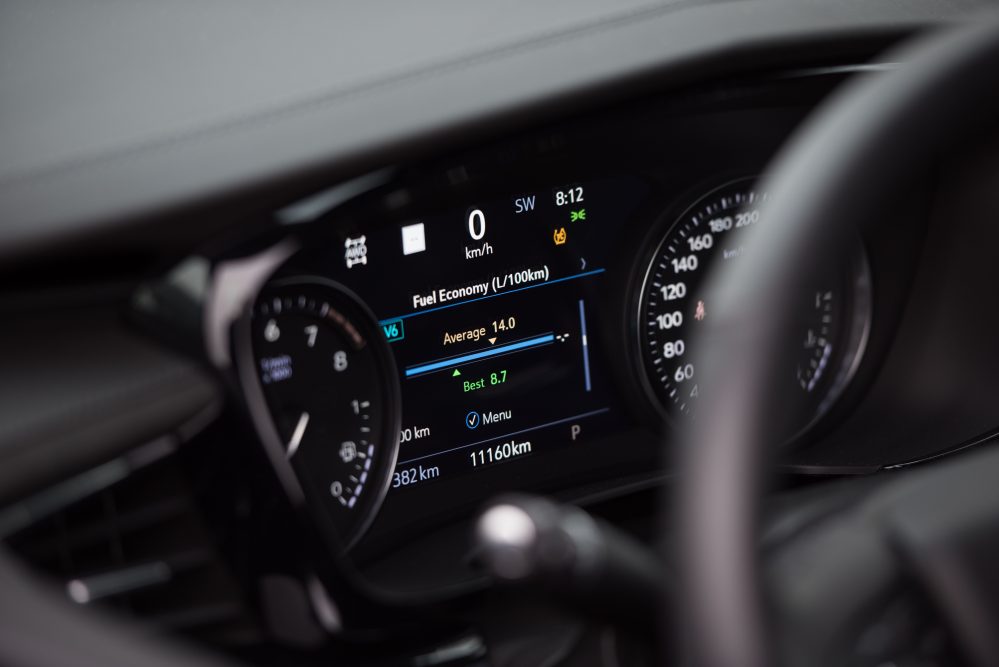 As it is expected from this class of vehicles, cabin room is massive and rear passenger/cargo capacity is within the segment’s norms. Proportionally, the XT6 is identical to all the mainstream stuff out there, ranging from a Honda Pilot to luxury offerings like an Audi Q7 or a Mercedes-Benz GLE. 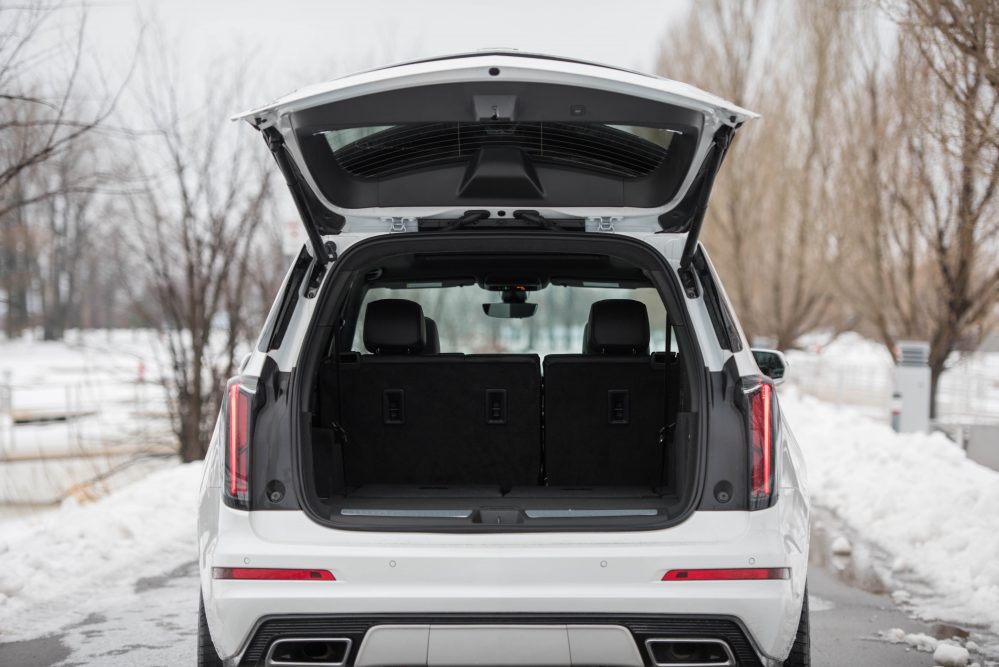 It’s loaded with technology, something I love about GMs. There’s Wifi too (membership required), which is cool. The dashboard design is however a letdown, again, it’s just too subtle, with not enough character. Build quality is however excellent. 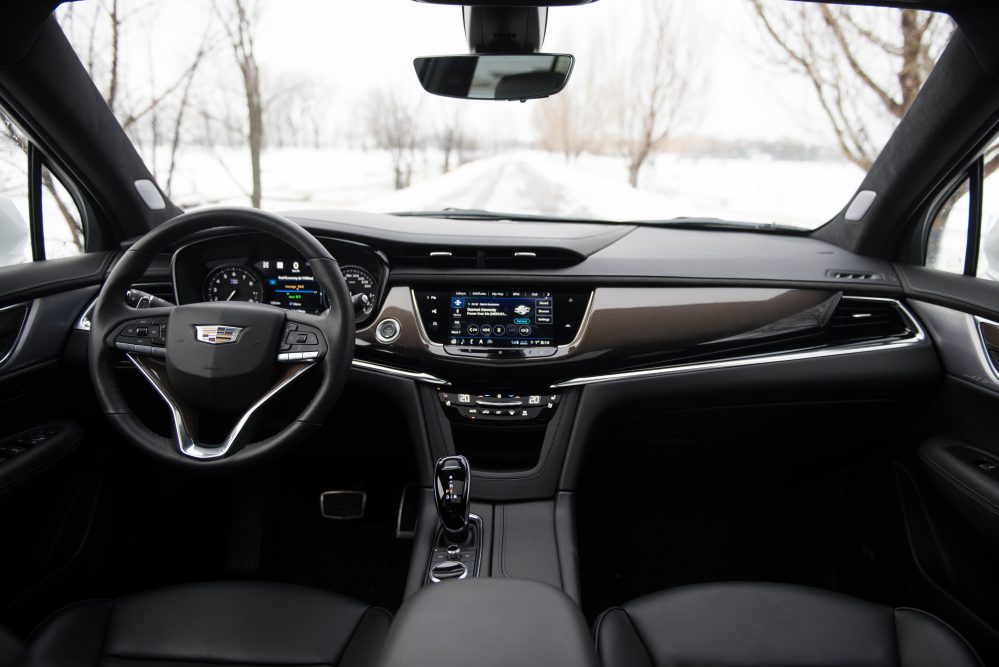 For some reason, Cadillac’s CUE infotainment interface is not as witty as the rest of General Motors’ systems. The main reason being the lack of physical buttons, it’s mostly all touch-based. The good news is that the XT6 gets two knobs (one for menu navigation and the other for volume) on the center console, similar to the BMW iDrive system, but less intuitive. 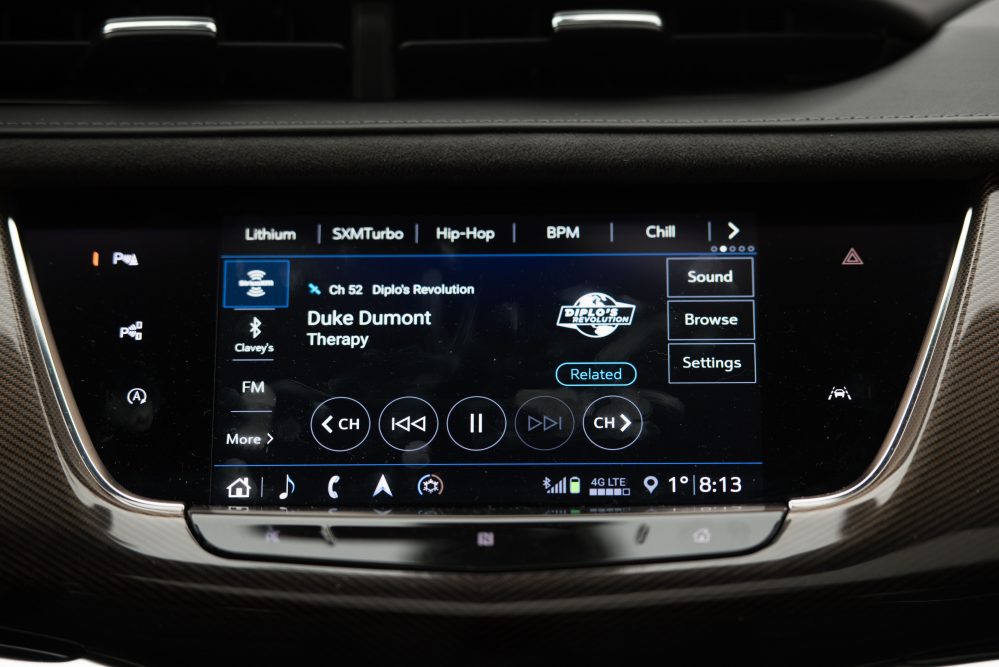 What I wasn’t expecting was for the XT6 to torque steer like it does. Stomp the throttle hard at low speeds and you’ll feel that steering wheel tug to the left. That’s because this Cadillac is front-wheel-drive bias. It only engages all-wheel-drive when wheel slip is detected… as long as you’ve yourself manually activated the AWD setting from the center-console mounted selector. 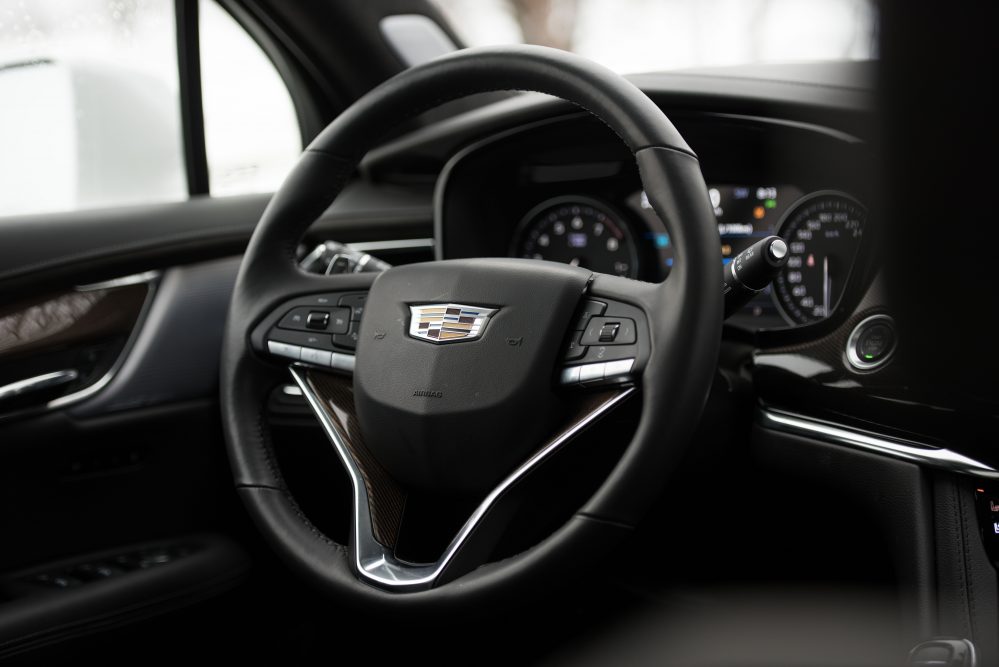 This odd feature, according to Cadillac, gives the driver more flexibility for saving fuel during, say, highway speeds, or downright crawl its way through a deep snowbank. And it works! Again, this is solid engineering, but nobody cares. 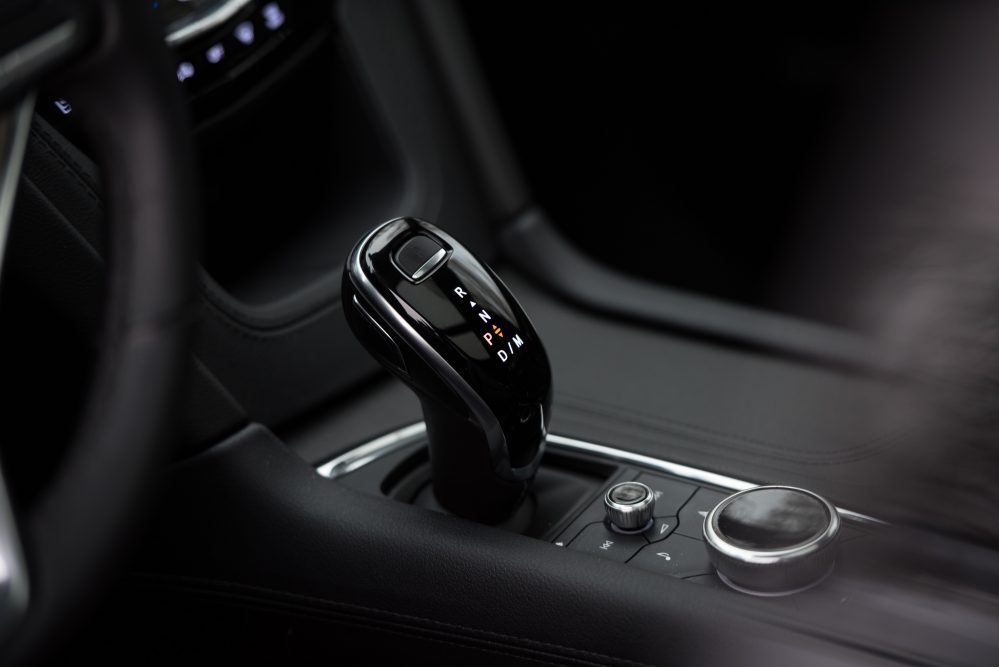 What people want is something automatic, seamless, an all-wheel-drive system that simply works, doing its business underneath you while also being good on gas. Like, I don’t know, a Subaru?

Ok. I’m being hard on the Cadillac XT6, and for that, I apologize. Because frankly, this is a well executed vehicle. The problem is that it doesn’t make a big enough of a ripple to actually matter. For instance, allow me ask you this: would you buy an XT6 over an Acura MDX? And when that new Genesis SUV comes out; the GV80, will the XT6 even stand a chance?

I sat inside a Hyundai Palisade a few days after driving this Cadillac, and I didn’t feel the near $40,000 price gap between both. Ouch. 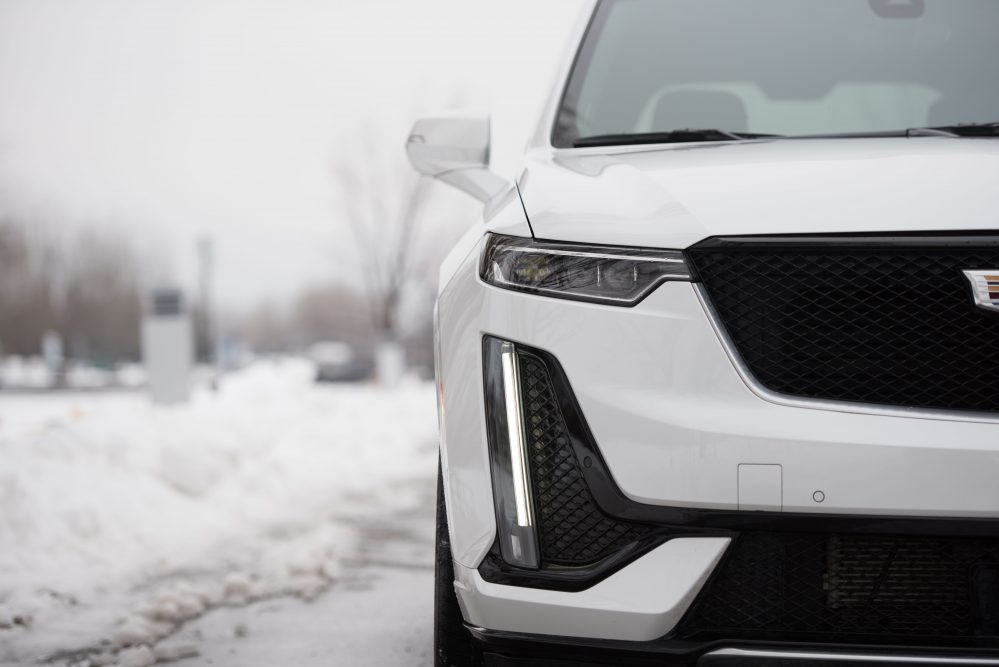 The Cadillac XT6 is therefore very much like the Chevrolet Camaro 1LE Turbo I drove last summer. It’s another fantastic product that people don’t know about. And if they would, they most probably wouldn’t care. 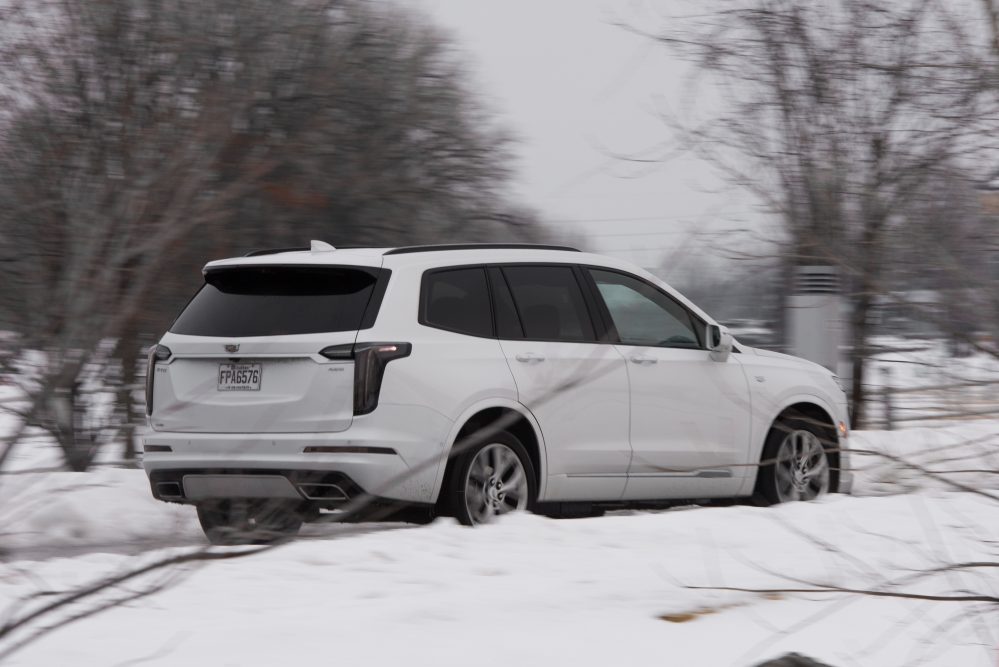 The hard truth is that there are more than one established players in this field. The XT6 is simply too little, too late, not offering anything noteworthy over its rivals. Should you buy one? You won’t be making a bad purchase if you do, and probably won’t have too many mechanical issues with it, but you’ll be paying a lot for a mediocre vehicle that’ll depreciate quickly in value. In an attempt to add relevance to Cadillac’s lineup, the XT6 unfortunately comes through as just another badge engineering job.