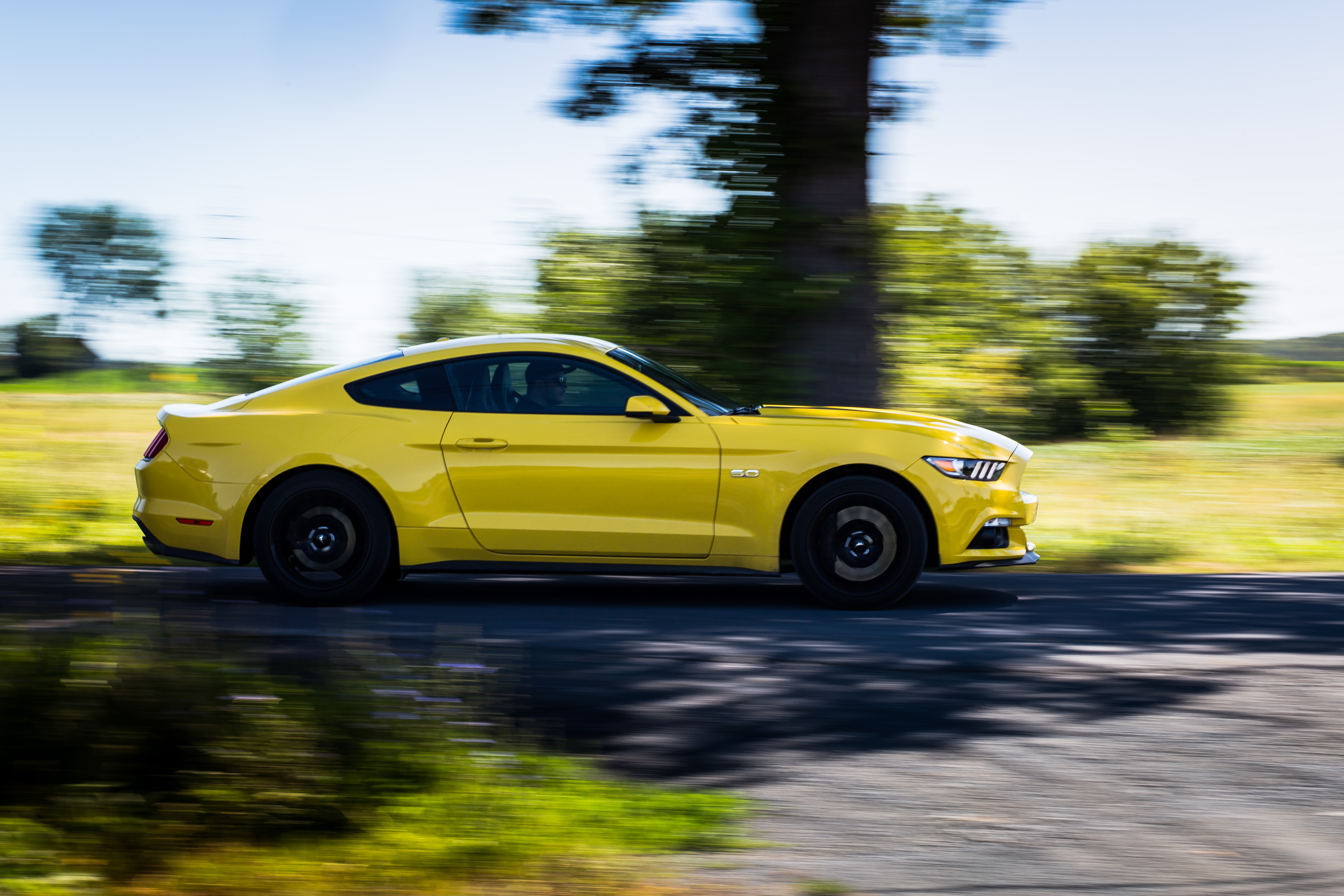 It’s hard to write about a Ford Mustang, because everything’s been said and done. It’s one of those cars everybody likes, but nobody can really say why. In all seriousness, what exactly makes a Mustang so special? It’s not like it’s the only rear-wheel-drive sports coupe on the market at the moment. And how different is this current iteration of the car, which approaches the end of its production cycle, to the original pony car Ford unveiled to the American people in 1964?

The Mustang’s appeal has always been about giving more expensive sports cars a run for their money, both in performance and aesthetics. This is the quintessential blue collar sports car, the working man’s BMW, and in its current form, especially with the five-oh under its hood, the Mustang is more locked in to that mission than any Mustang that ever came before it. 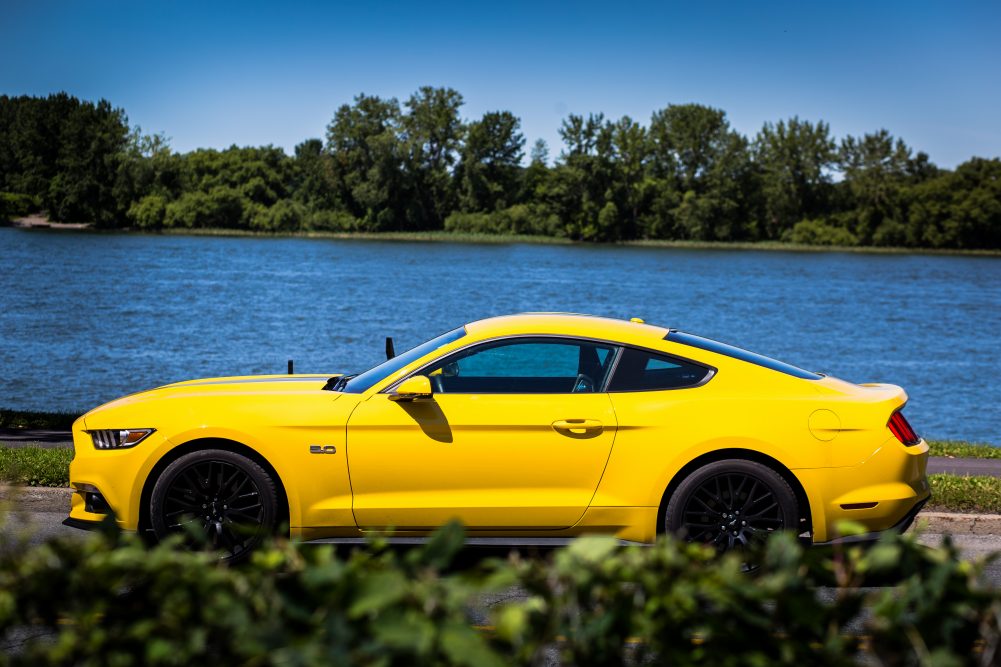 Introduced in 2015, this current generation Mustang remains one of the most beautiful fastback coupes on sale today. The sloping roof line and squatting rear end, adorned with the classic Mustang triple bar taillights, long hood and low cowl give the car a classic sports car look all while evoking the original design that made it such a popular icon for so long. 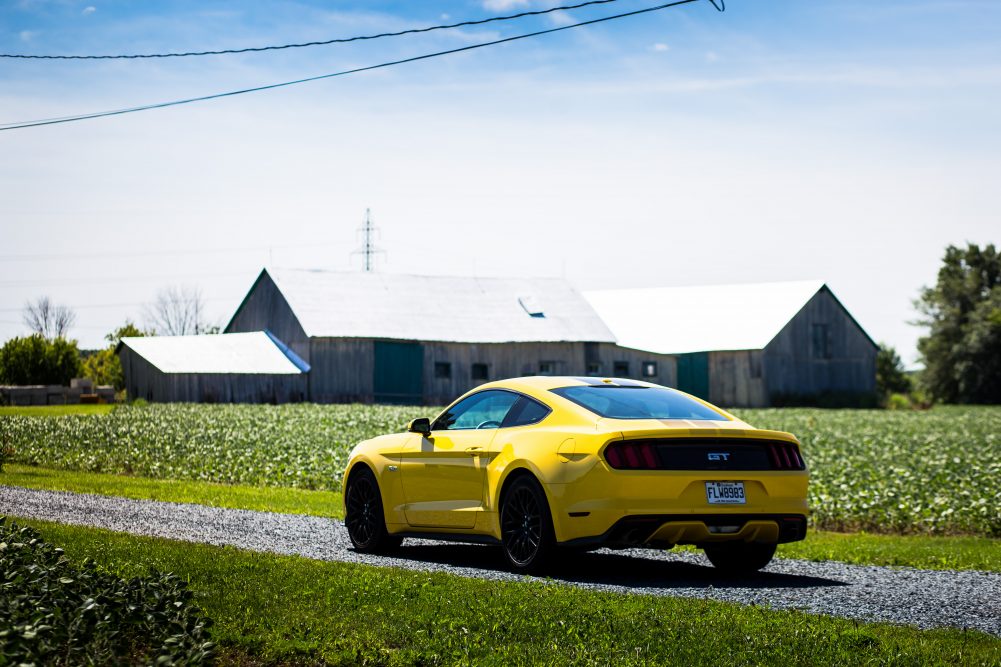 Aesthetic touches and attention to detail really are what sets this Mustang apart from past iterations. Cool design cues such as the three bar theme in the front headlights, illuminated Mustang logo on the ground as you open the door, and the “Since 1964” badge sewed on the dashboard contribute to the positive nostalgia that surrounds this machine. 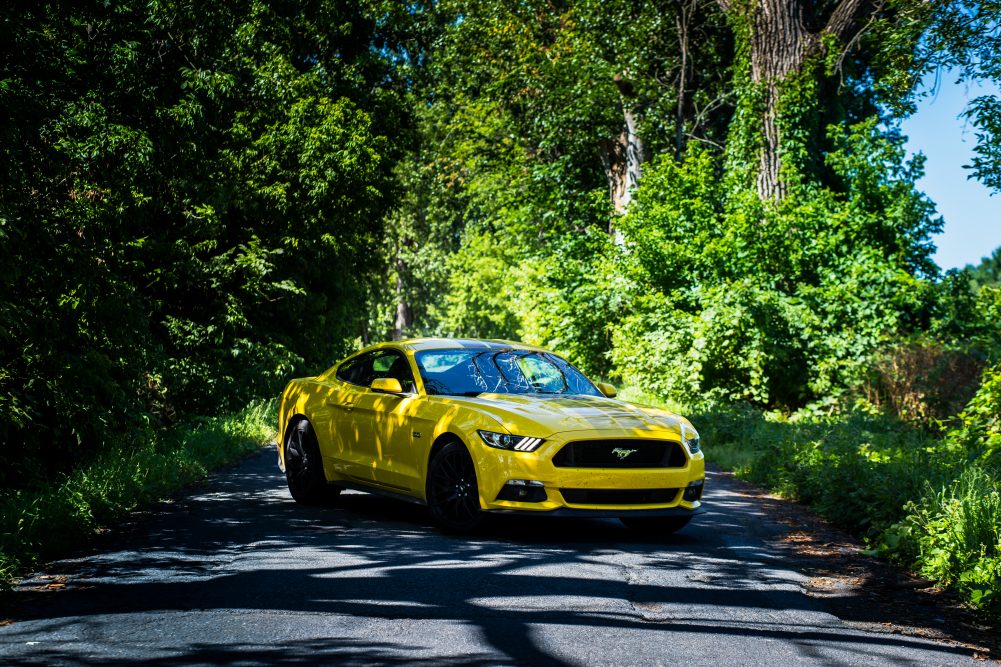 For 2017, the Mustang doesn’t undergo any significant changes, since a new, face-lifted car is scheduled to arrive next year. But there are some tiny updates, such as the deletion of the tacky turn signals in the hood vents. Personally, I knew that wouldn’t fly long. New colors were added, and the 3.55:1 limited-slip rear axle with the manual gearbox on the V-6 convertible has been killed off. Generally speaking, this is still all the same great Mustang that came out two years ago. 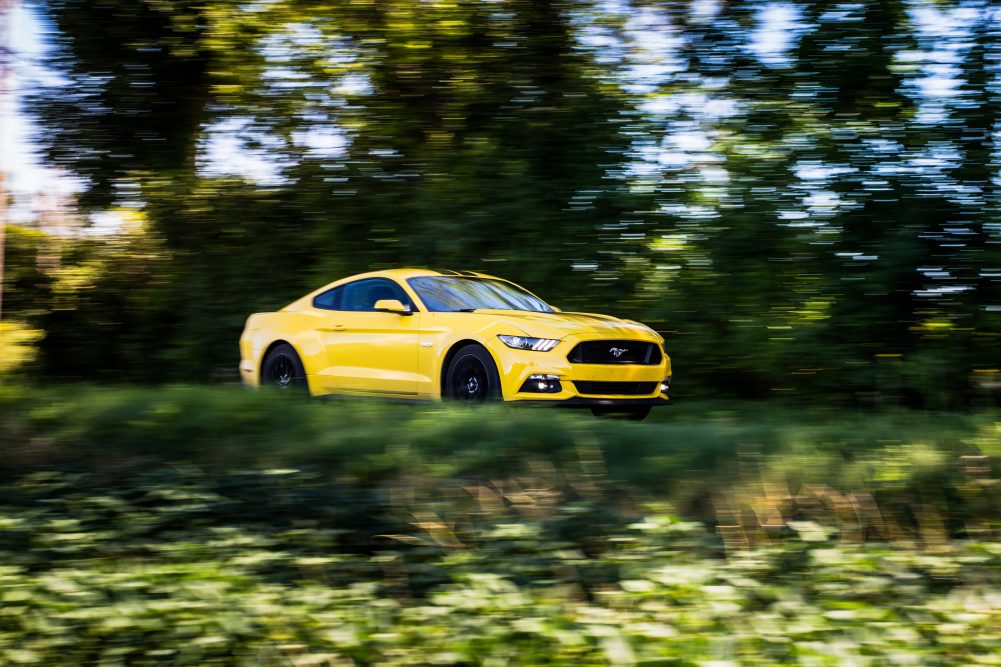 But sometimes, it’s better to leave good things intact. Like grandma’s proven roast beef and mashed potatoes recipe, Ford’s Coyote V8, the one that bears the 5.0 moniker, remains, in my opinion at least, one of the last great American small blocks we have left.  Now with dual overhead cams and 32 valves, power from Dearborn’s 5.0-liter is rated at 425 horsepower and 400 lb-ft of torque. 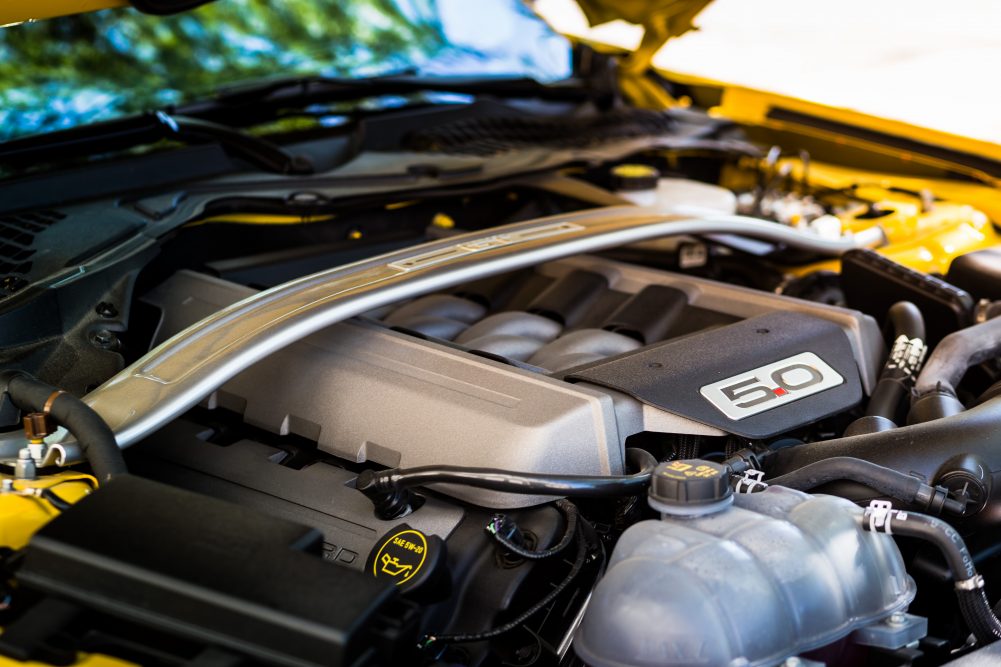 You can choose to order your V8 ‘Stang with either a 6-speed manual or 6-speed automatic. I’d highly suggest you opt for the stick. Acceleration from 0 to 100 km/h is rated at 4.3 seconds, quicker than a 2018 Subaru WRX STI. 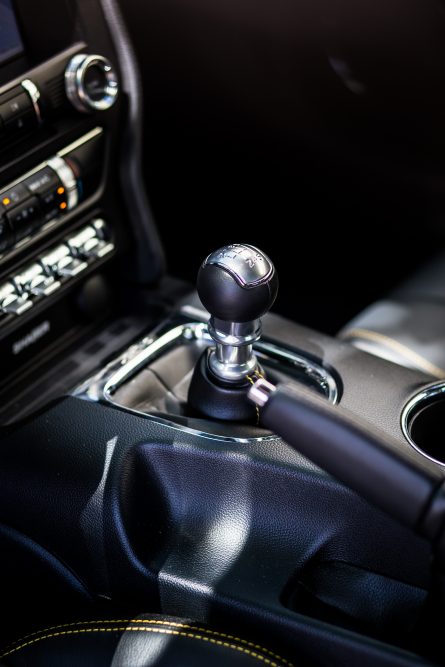 Another big first for the Mustang since this model came out, is the introduction of an independent rear suspension. Past Mustangs were fitted with rear live axles to make them more effective in drag racing, since they’ve long been qualified as muscle cars. But now, Ford wants to sell its pony car to the rest of the world as a genuine sports car. And the Europeans do not care for live axles. 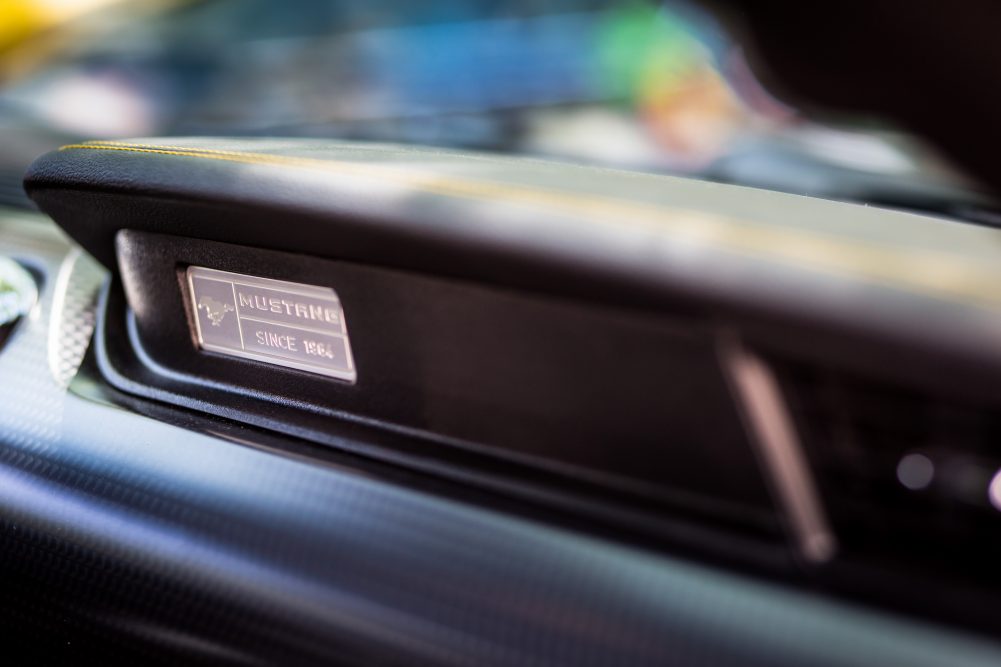 Ford understands that if you want to make it around the Nürburgring without dying or killing someone, you need an independent rear end. This gives the Mustang improved tactility in the bends, a more planted overall ride, further improving driver confidence, allowing you to push the car much harder. In many respects, the Mustang handles like a Nissan 370Z, more refined, more engaging, and yes, even if this isn’t as lively as previous iterations, still more fun overall. 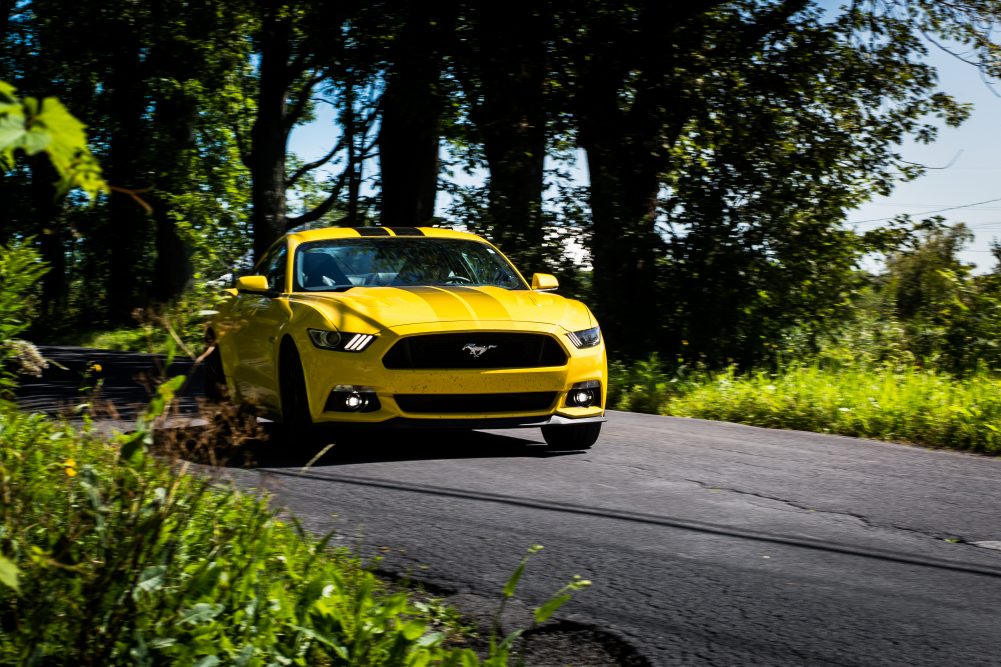 That 5.0-liter V8 remains a gem in the power department, pulling strong, with a linear torque curve and an ability to rev easily. Even if this is lower on power than a Dodge Challenger 392, you’ll achieve similar, if not better numbers at the local drag strip. But although I will always recommend driving any V8 with a stick and three pedals, this one remains notchy, with worrying mechanical clunks, especially when shifting it into first from a standstill. 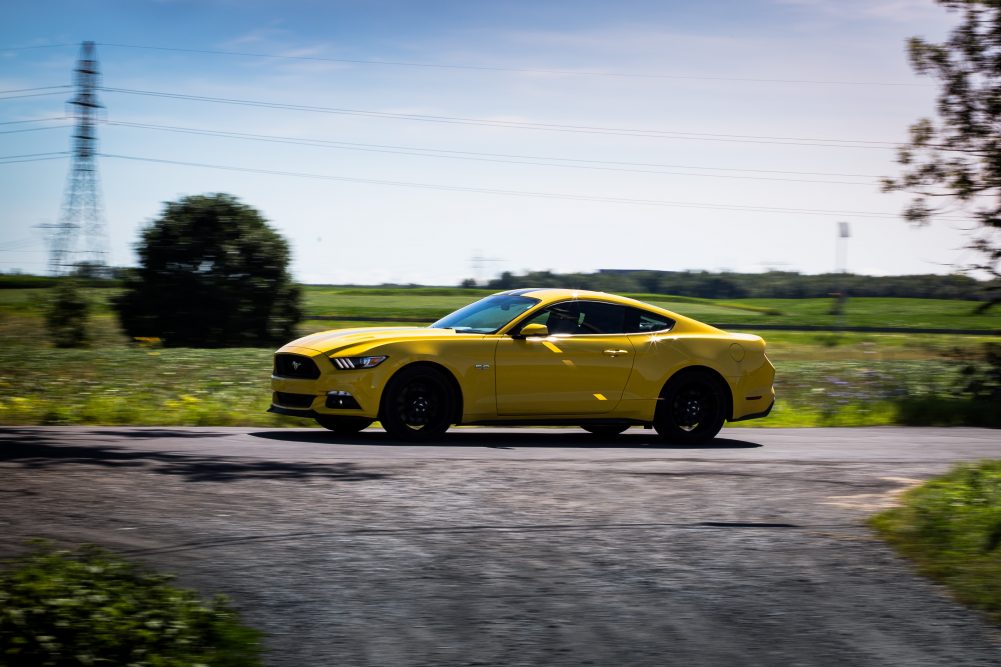 My tester was fitted with the optional GT performance package which adds six-piston Brembo brakes as well as larger rotors. And they are fantastic, bringing this car to a halt with utmost authority, at any speed. Which you’ll need, because the Mustang GT has an ability to carry high speeds quickly, and effortlessly. 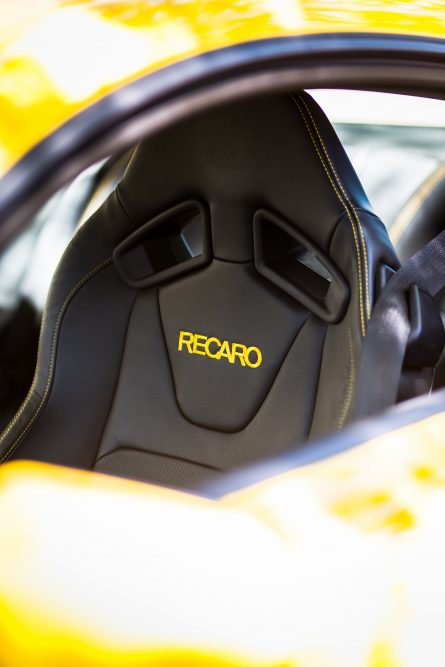 An area with which I was a bit less pleased was the optional Recaro seats that come with that performance package. Oh, sure, they look totally cool, but to live with every day? I’m sorry, but they’re useless. They’re too aggressively bolstered. Too hard. Ford, check out the sports seats in current Lexus cars, that’s how you do a proper bolstered bench that doesn’t destroy your spine. 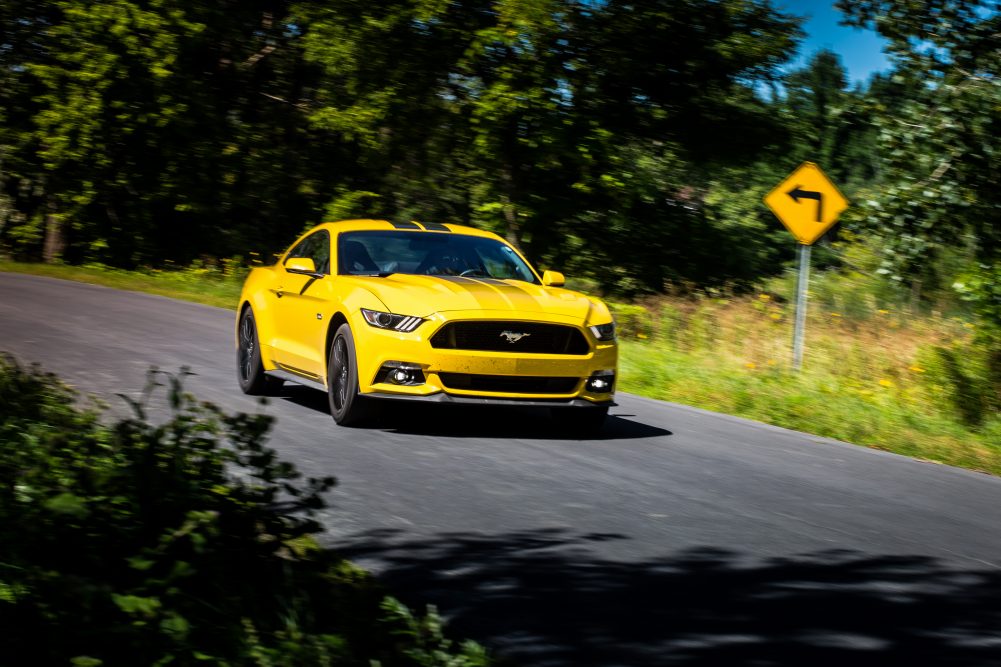 Finally, I must say that while the thunderous, low-strung growl of a naturally aspirated V8 will never get old, the Mustang is a tad too muffled. It’s missing the spine-tingling roar of other American pony cars in the likes of the Challenger or Camaro. We had a BMW 440i lying around during the same time we had this Mustang. We couldn’t even hear the Mustang once that Bimmer activated its performance exhaust. And that’s plain wrong.

Where the Mustang really holds its own against other sports cars, is how much car and performance you’ll be getting for the money. The interior is arguable the best put together of all American sport coupes at the moment. Fit and finish and overall styling is not only on par with some European rivals, but was also designed to make you feel like in a true performance machine. Each time I drive this generation Mustang, I feel like running away from the cops. There’s just something about the way you sit low in it, with the large, long hood towering ahead of you. 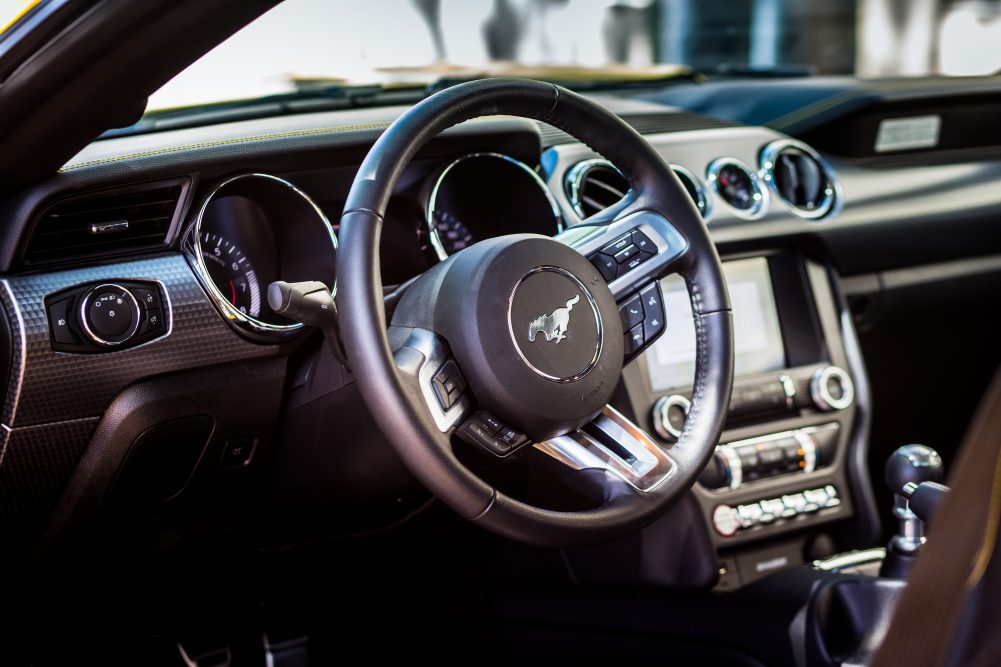 Pricing for a 2017 Ford Mustang GT kicks off at $36,235, or roughly the same price as a well equipped Golf GTI. Since a new one is coming soon, prices have actually been slightly dropped, so it’s a good time to buy one. By comparison, a Chevrolet Camaro SS stickers for $43,500.

Sure, a Mustang is less practical than Volkswagen’s iconic hot hatch, but will also blow its doors off both on the track and at the dragstrip. Considering you’re getting 425 horsepower, launch control, a limited-slip rear differential, and a line-lock feature standard makes the Mustang GT one hell of a performance bargain. 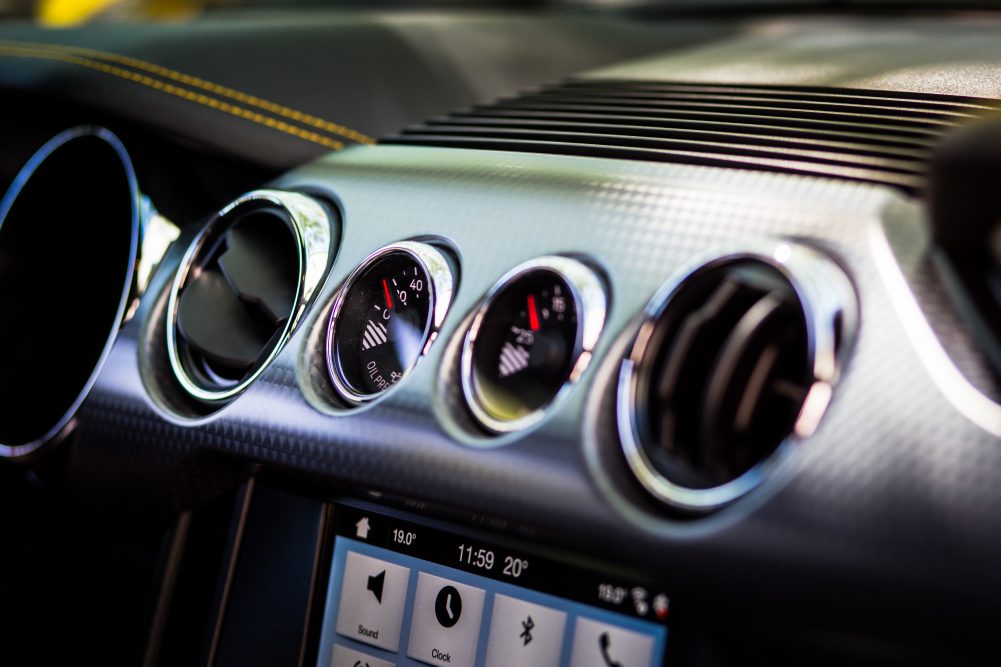 As for the GT performance package, it stickers for $3,700 and adds other clever performance add-ons like upgraded front springs, a larger rear sway bar and a TORSEN rear differential with a 3.72 axle ratio. I’d say the package is worth every penny. 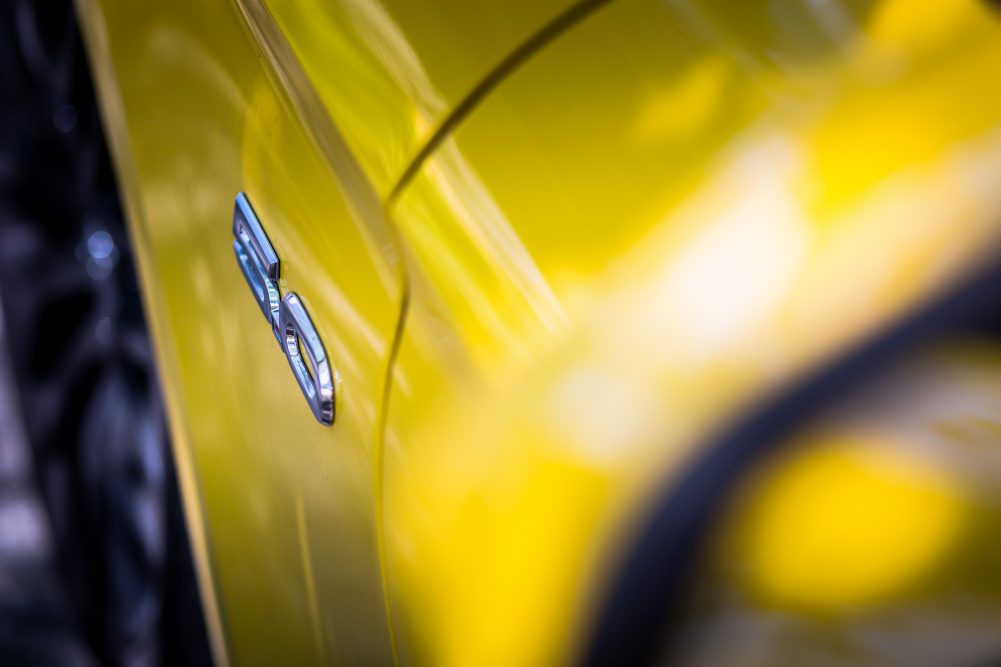 To sum it all up, the 2017 Ford Mustang GT continues marching forward as a value-packed, well-rounded, and fun to drive performance machine. Its more than ample straight-line acceleration, ability to reach levels of cornering grip that are on par with the best sports cars out there, and the fact that it’s one of the last, honest to goodness, V8-powered machines we have left, make it a lovable, and affordable sports car. This is precisely why we love the Mustang so much, because you can make things happen in one. And this is why the legend won’t die anytime soon.