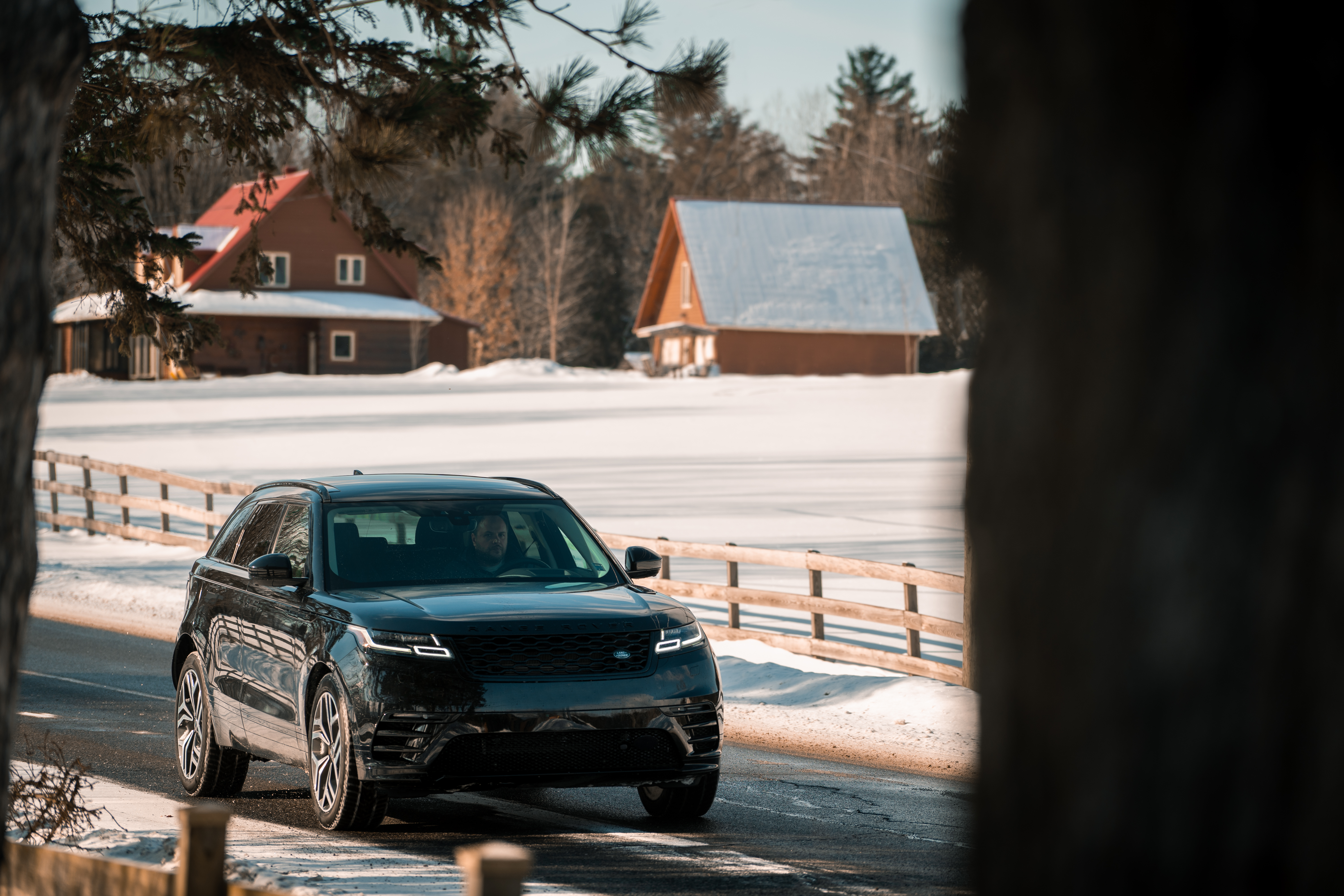 What do you do when your competition has already covered all the basics? Take the compact luxury SUV segment, for instance. Not only have these things become insanely popular, each player offers something unique so it can grab a piece of the pie. The Porsche Macan is essentially a fortified hot hatchback. The Mercedes-Benz GLC is the luxury option, and the Audi Q5 is the all-around, do everything, sales king.

Land Rover therefore understands that if it wants to take these things on, it’s not going to win by luring consumers with cargo space and performance. Instead, the Velar uses style to outgun its rivals. And boy does it deliver. 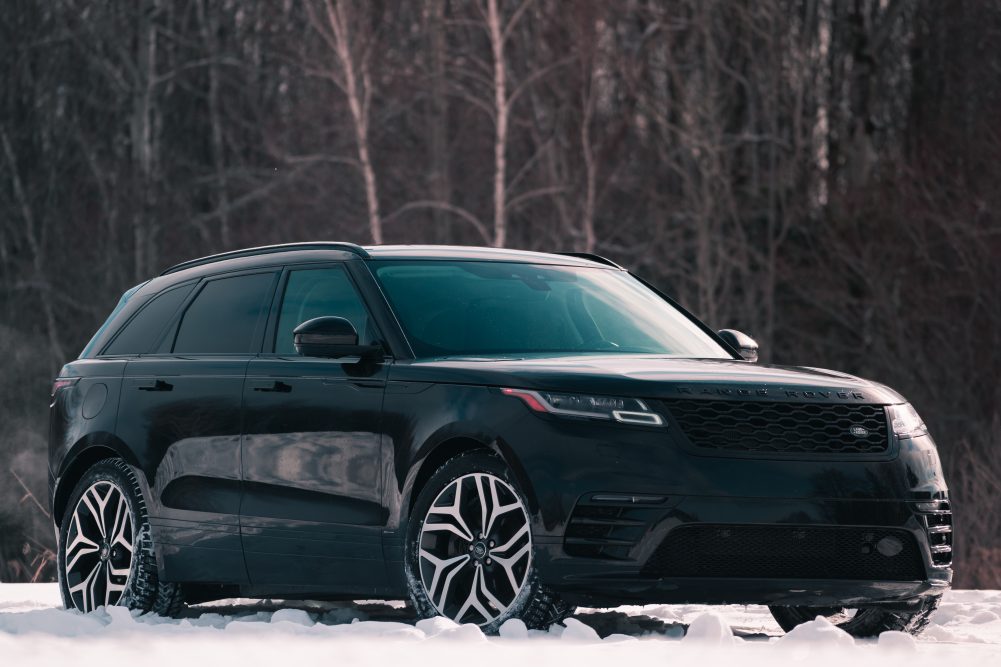 One of the reasons the Velar looks this good is because it was designed by Gerry McGovern, the same man who’s been drawing, well pretty much everything at Land Rover.

I’m not exactly sure where to begin. Is it the tapering roof? The slim lights? The rounded off rear end, or the iconic Range Rover beltline that stretches from the front grille all the way to the taillights that makes this thing attractive as hell? 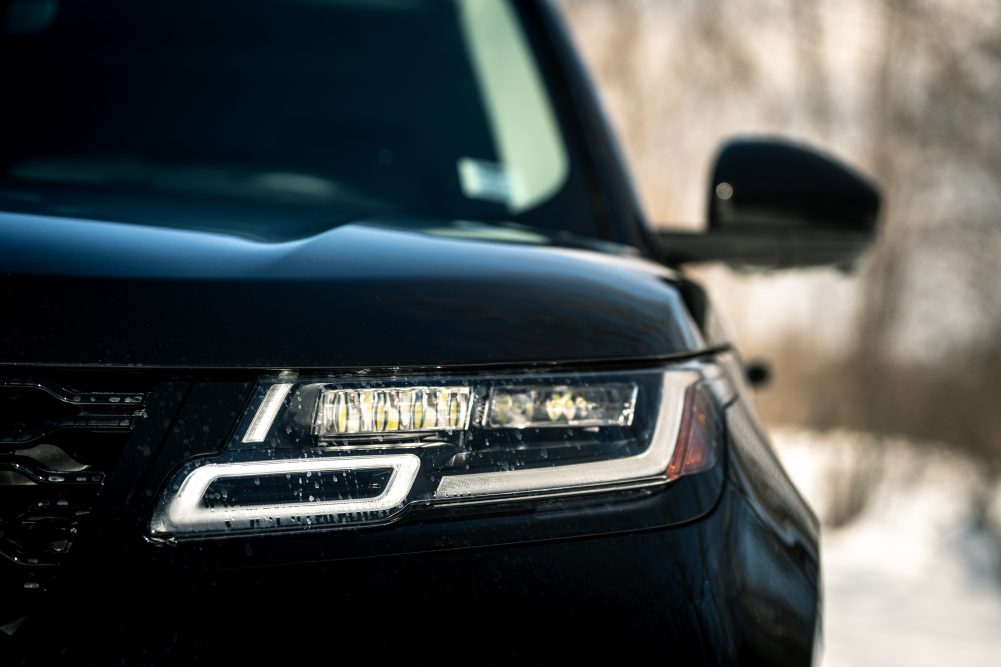 I normally don’t get so excited when seeing an SUV. But this thing is on a totally different playing field. The fact that my tester was a P380 R-Dynamic HSE model certainly helped. That, and the black on black paintjob. The R-Dynamic package adds a set of sportier wheels, a Meridian audio system, enhanced leather, and some interesting off-road bits such as a rear locking differential and dedicated driving modes. Gimicks, yes, but fun ones. 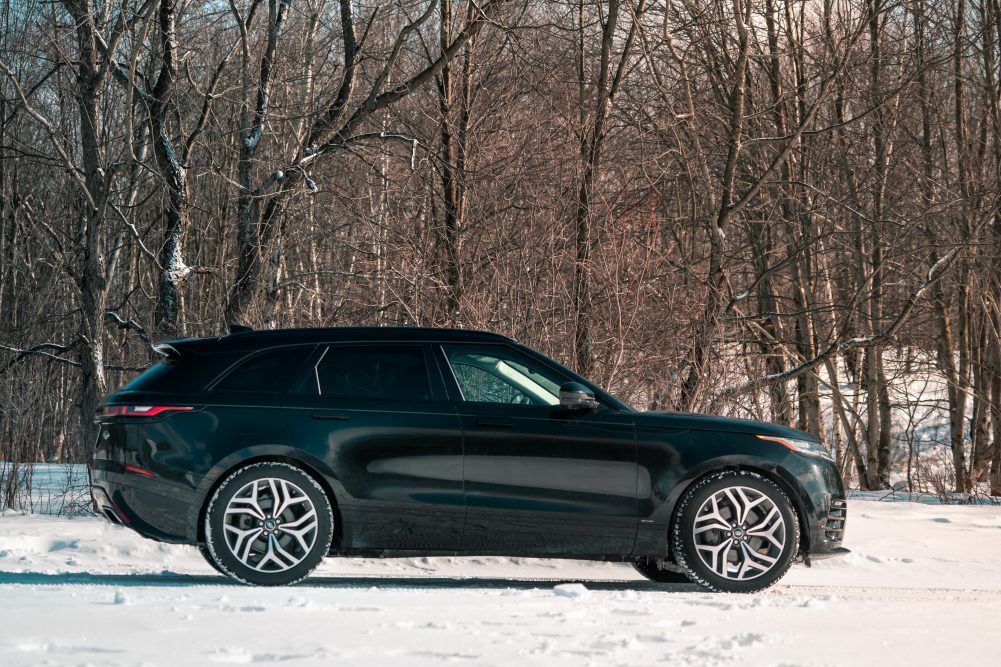 Just in case you still don’t understand what a Velar is supposed to be, it sits between a Discovery and a Range Rover Sport within the Land Rover lineup. Also, I know it appears to be a midsize SUV due its – ahem – massive girth, but the Velar sits on the same platform as the compact Jaguar F-Pace. Except, it weighs 4,676 pounds for some reason. 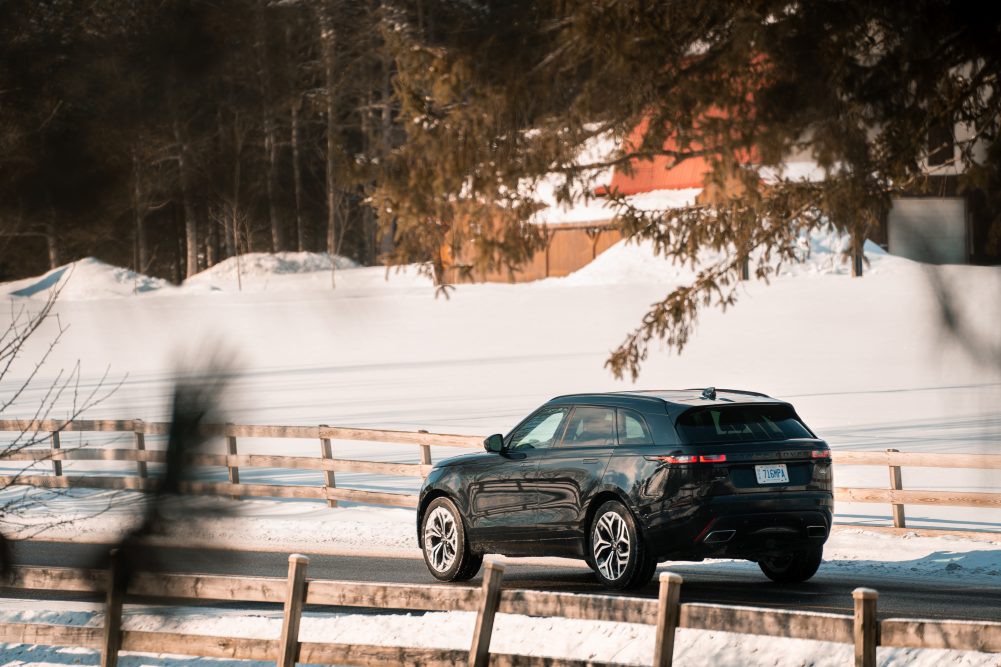 Inevitably, it isn’t the quickest luxury mall-crawler out there, unless of course you opt for the full-fat HSE supercharged V6 model, like the one I was driving. Because of course, that’s the one I had.

Yes, that too is shared with the F-Pace. In the top-spec Velar I cranks out a healthy 380 horsepower and 332 lb-ft of torque. Or, you can opt for a weaker version of that same engine which is good for a more subtle 340 horsepower. You can even choose between two four-cylinder engines, one fed by gasoline, the other by diesel. 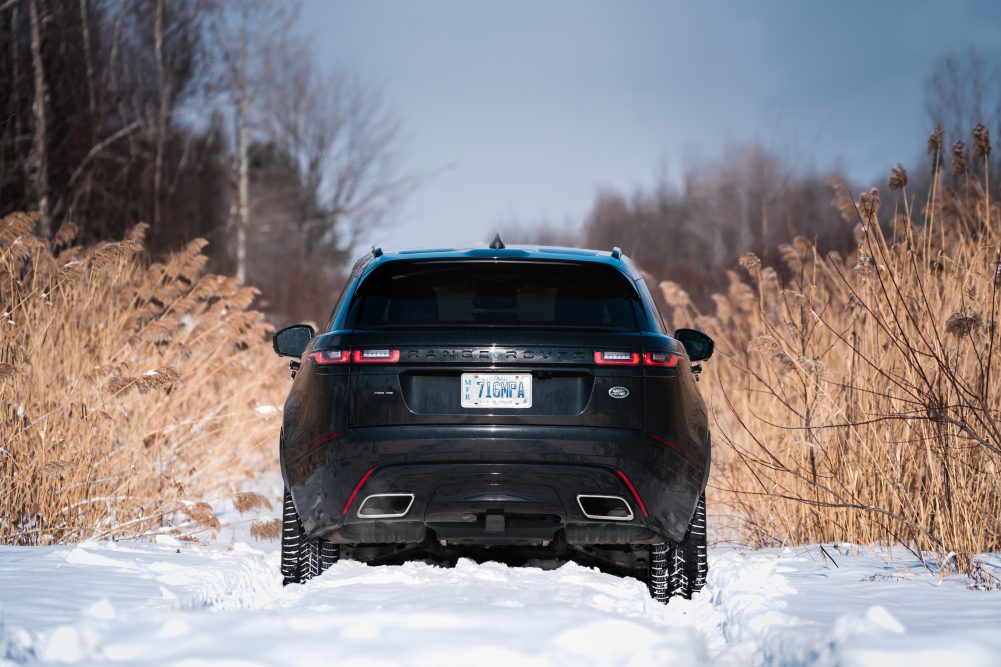 And, like everything JLR these days, that engine is coupled to a ZF-sourced eight-speed automatic gearbox. All-wheel drive comes standard on all Velars, but it’s the good kind of all-wheel drive, the one where the engine sends the power to the rear wheels first. The way God intended it to be. 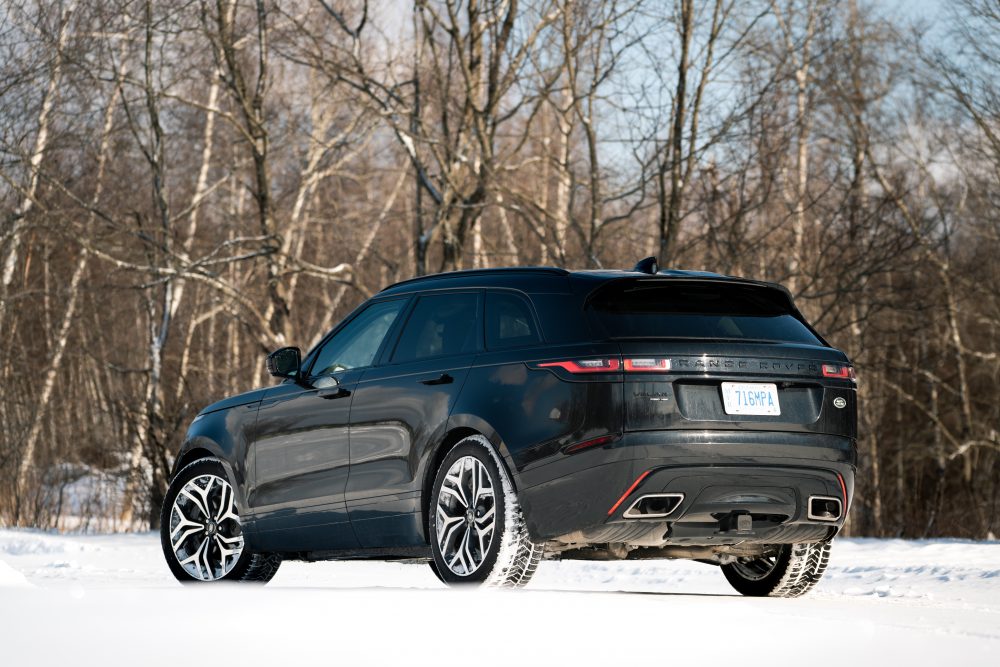 So, dynamically, the Velar feels, well the same as an F-Pace, but with added weight. Essentially what you’d expect. It’s generally more relaxed than its cousin, but I would have wanted a slightly softer ride. The stiff suspension doesn’t play well with its luxury pretentions.

At least, that supercharged V6 makes great power, with ample low-end grunt and an ability to get this big guy up and going without too much fuss. It’ll do 0-100 km/h in 5.7 seconds for Christ sake, which isn’t bad at all. 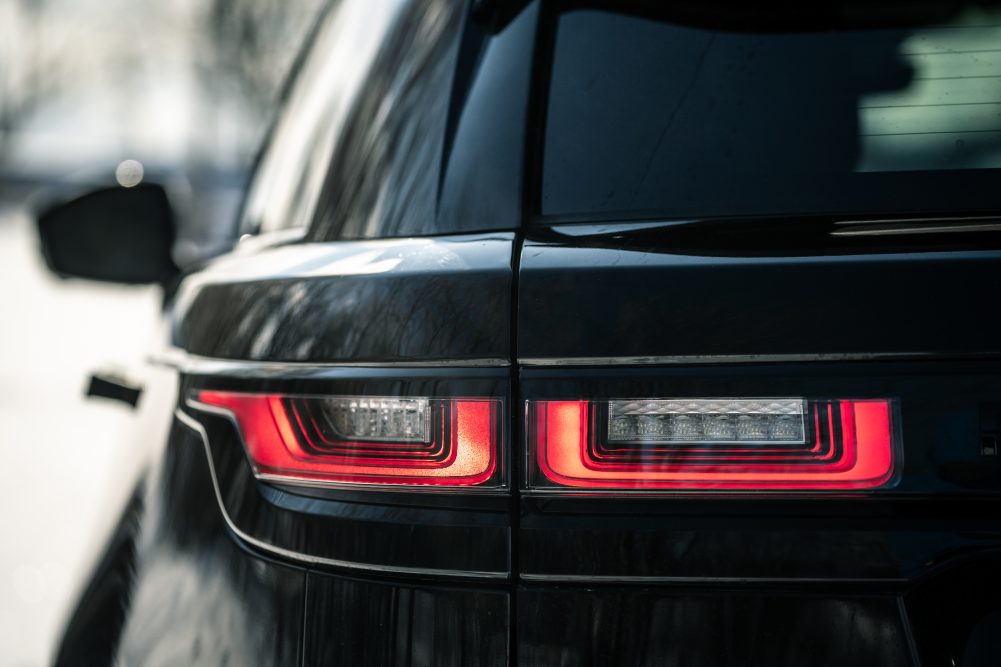 Sadly, however, that engine sound like ass, emitting diesel-like decibels when its idling, and lamenting itself when going all out. It just has no personality, which is ironic coming from Jaguar.

The transmission, however, surprised me. ZF gearboxes seem to work better with larger displacement engines, or the ones that produce large amounts of torque. I say this because in the four-cylinder F-Pace, the eight-speed is tremendously laggy, taking forever to downshift, hunting gears and clunking awkwardly when shifting from one cog to the next. It’s not the case here. If anything, that supercharged V6 seems to be the best engine with which I’ve seen this transmission bolted on to. 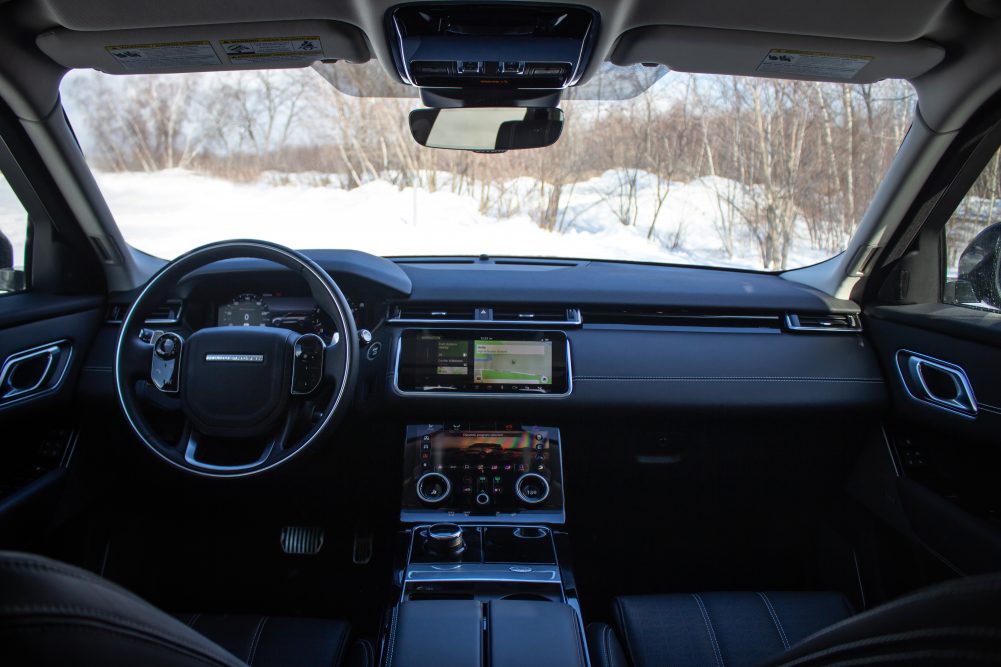 The great thing about the Velar is that it isn’t just a pretty body put onto a Jaguar interior. Its cabin is just as finely appointed and unique, complete with a James Bond style retractable shifter and screen. Like in the Jaguar I-Pace, there’s a second screen to control climate, heated seats, massaging seats (of course this thing has massaging seats what do you think?), as well as the full battalion of driving modes. But it’s all tailored to have its own design, feel, and exclusivity. 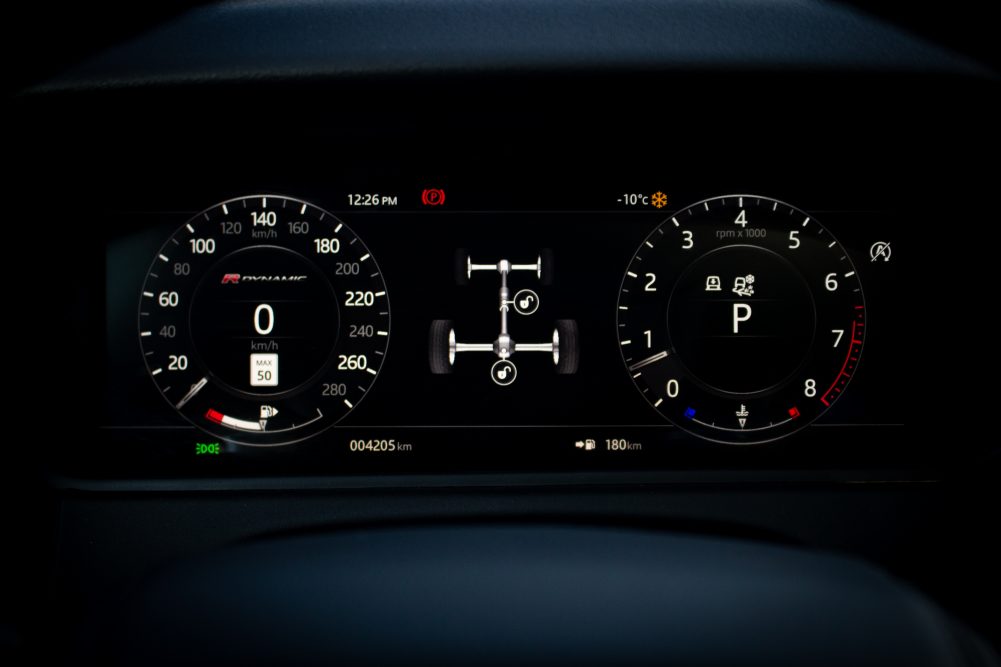 But as cool as that entire digital dashboard looks, the issue is when it’s -20 degrees outside and you’re wearing gloves, that screen gets annoying fast.

The problem isn’t quite its ergonomics, some of the controls, like the physical knob dial to adjust heat, and heated seats at a simple click is clever. My gripe is with the frustratingly small icons that allow you to shift from a menu to the next, or simply toggle between Comfort, Eco, Sport, Snow, or Sand modes. Good luck selecting them while driving your Velar on Quebec roads. Also, the entire system becomes oddly lazy on cold starts. 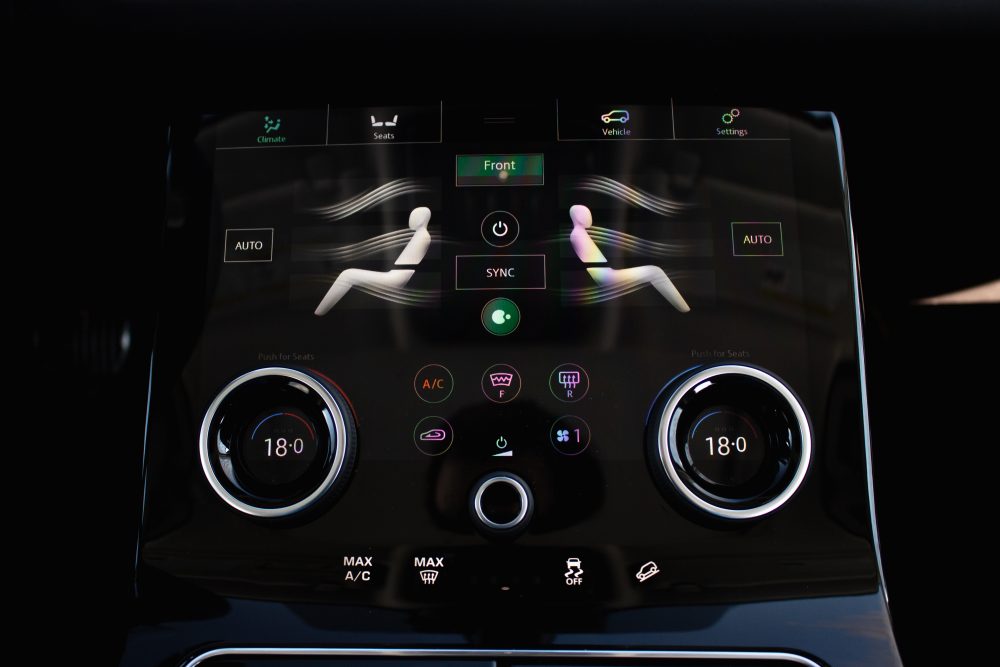 And don’t get me started on the upper screen, the one that displays music and navigation. It’s immensely complex and counter-intuitive. Hey, at least it’s all presented in a beautiful mashup of colors and pixels. So it’s fine, right?

The rest of the cabin remains impeccably luxurious and attractive, though. The leather seats are of utmost comfort and support, ditto to the rear bench, and the Meridian sound system sounds so good, it massages your eardrums. 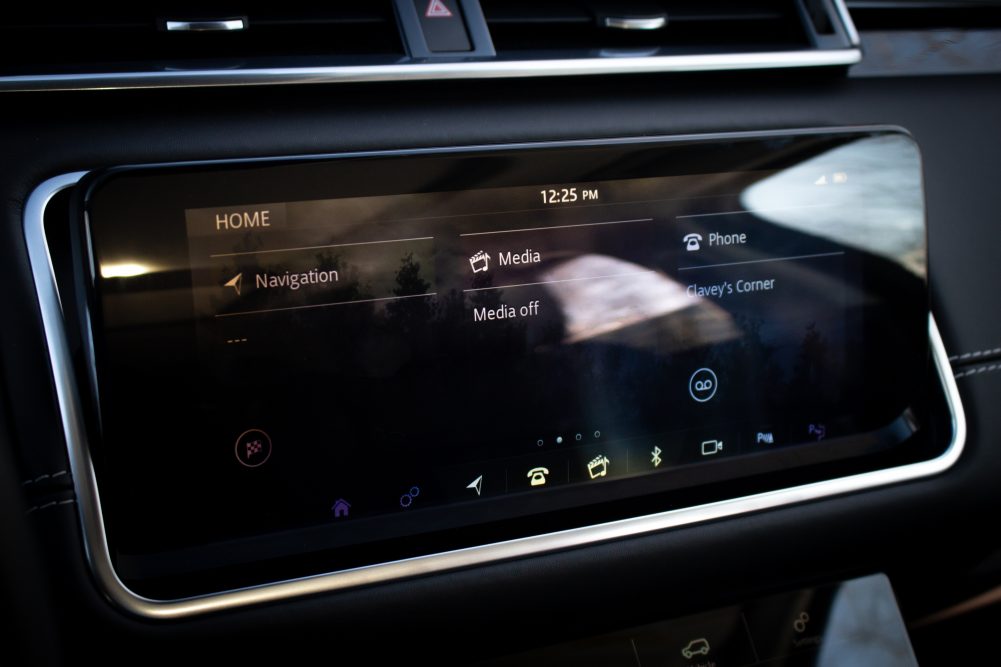 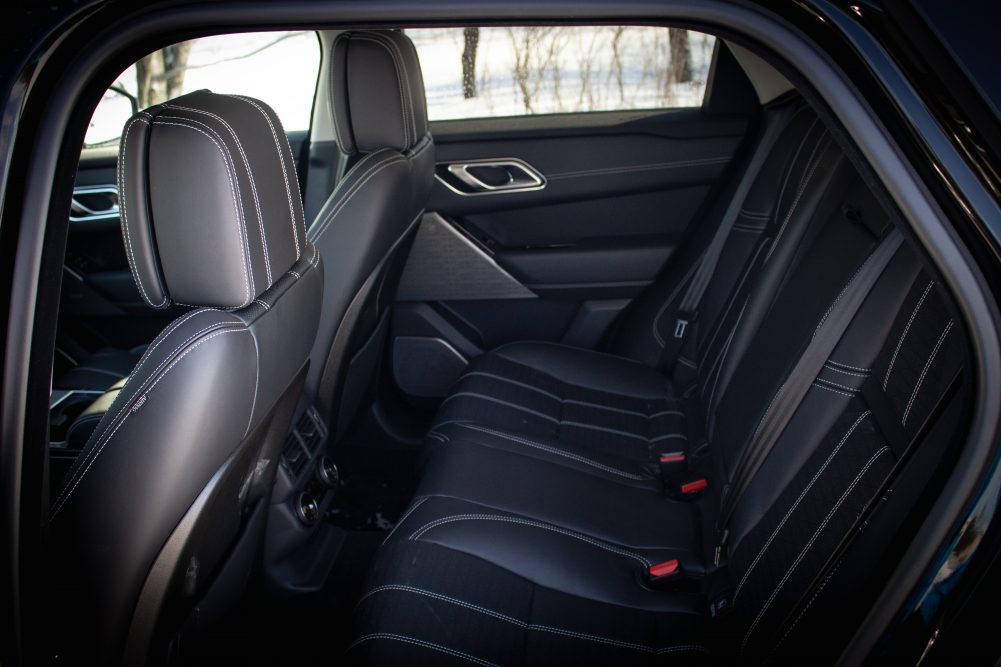 So there. The 2019 Range Rover Velar isn’t just a pretty face on an overweight body. It does sport utility rather well. Add to that all the possible terrain management options you can imagine, and a trick suspension that lowers or raises the rig to a gangster appropriate stance, and you end up with a distinguished British SUV that manages to compete a crowded segment by doing things its own way. 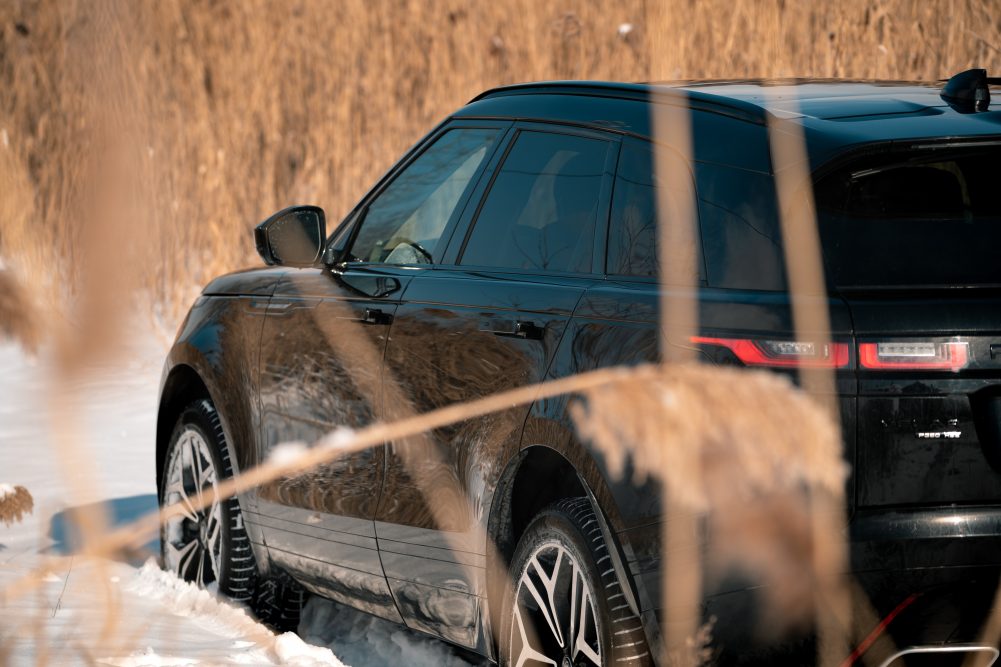 Just don’t ask me how those retractable handles operated at -20 degrees Celsius, or why the backup camera kept glitching when putting it in reverse. That’s not important. Because in life, if you’ve got good looks, you can get away with pretty much anything.