2021 MINI Countryman S Is The Sweet Spot Of Subcompact Crossovers 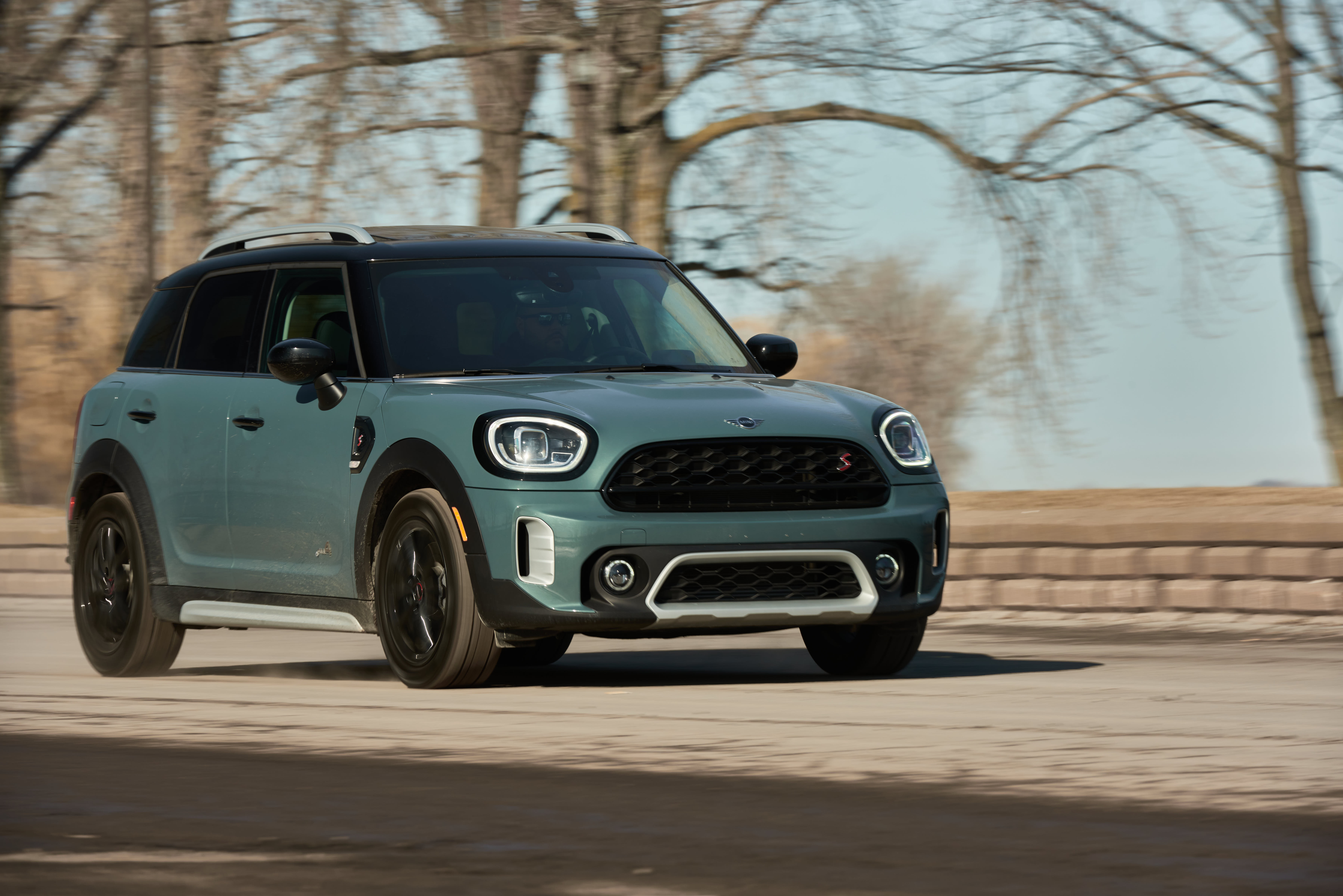 The 2021 MINI Countryman is nothing more than a rebadged BMW X1. Except, it’s not. While it’s true that it shares a platform, an engine and a transmission with BMW’s subcompact crossover, MINI has done a wonderful job of camouflaging this badge engineering job. If anything, the Countryman is a much better accomplished subcompact premium crossover than its corporate cousin. Allow me to explain. 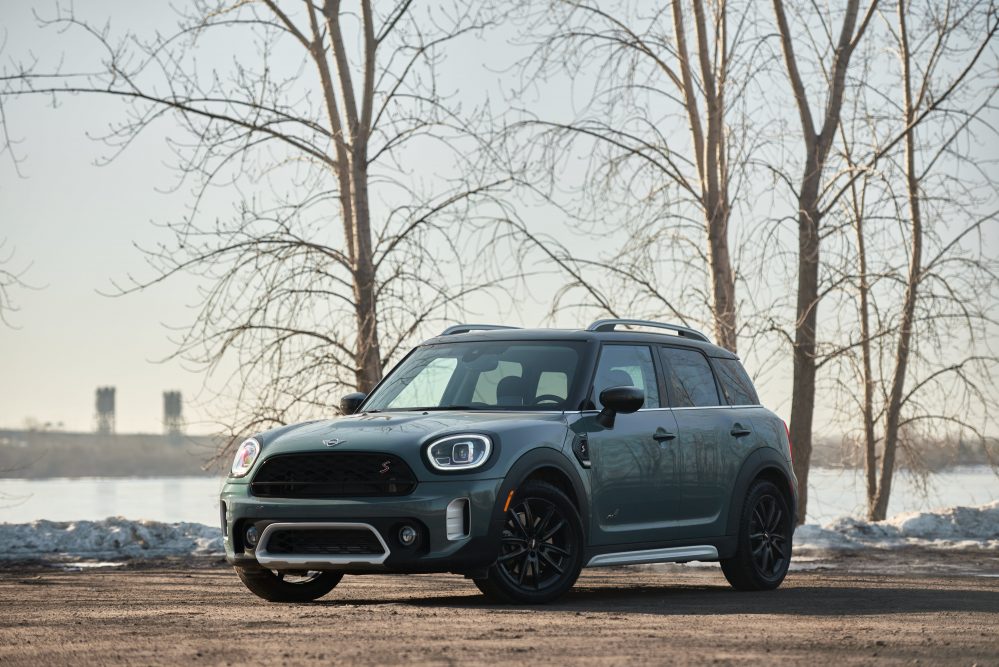 Of course, MINI’s promise has always been about offering consumers something a little more cheerful and fun than other carmakers. This has been consistent across the lineup since BMW took over the brand some 20 years ago. From a Cooper convertible, to a fire-breathing John Cooper Works GP, hell, even the electric Cooper SE, all MINIs are tremendously fun to drive and surprisingly capable at the limit. That’s also why I own one. 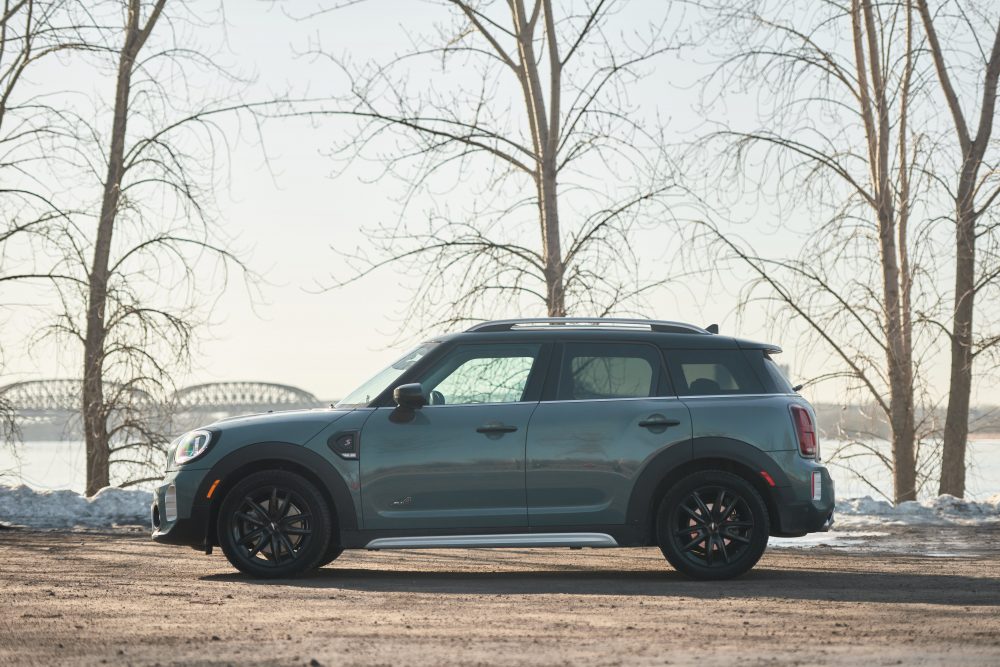 For the 2021 model year, the Countryman gets a slight update which mostly affects its styling, trim levels and interior. There’s a cleaned up front fascia which gives it a tad more maturity, standard LED headlights and Union Jack motifs inscribed in the taillights. The entire lineup gets new wheels and colors too, like the Sage Green Metallic paint you see here. 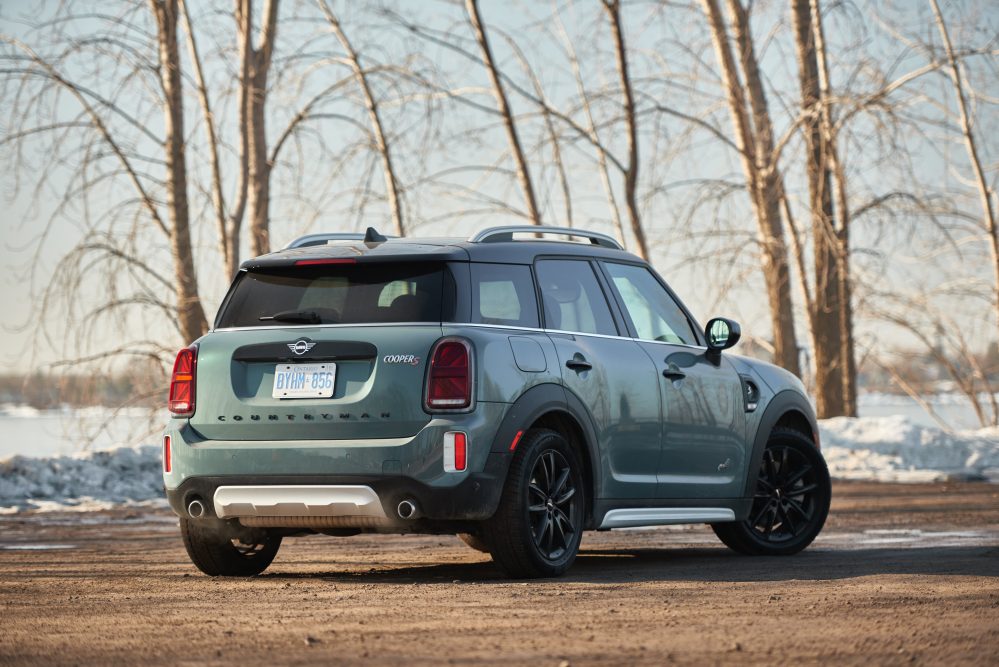 While power outputs are unchanged for all available engines, MINI has upgraded the turbocharging systems so they can withstand more heat and be more reliable. There are neat cabin updates too, like new available textures and colors, as well as a new gear lever and a fully digital gauge cluster. 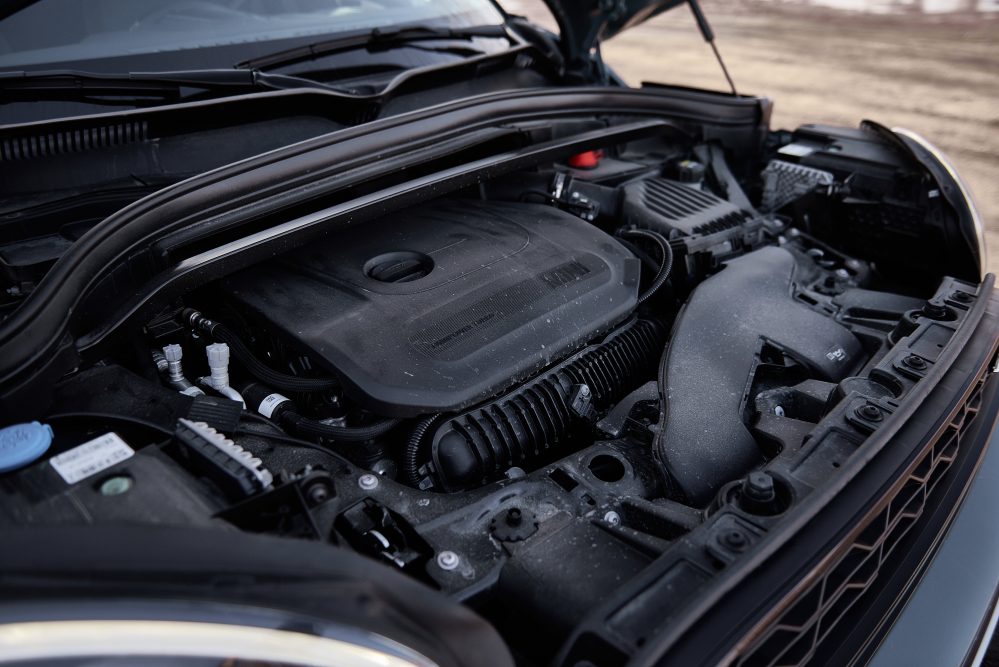 Available only with all-wheel drive here in Canada, and squeezed between a standard Countryman and a John Cooper Works model, the S variant really is the sweet spot of the lineup due to its fantastic balance of performance, overall daily drivability and value. Power is upgraded from the base 1.5-liter inline turbo three to a more potent 2.0-liter turbocharged four good for 189 horsepower and 207 lb-ft of torque. It’s mated to an eight-speed automatic gearbox. 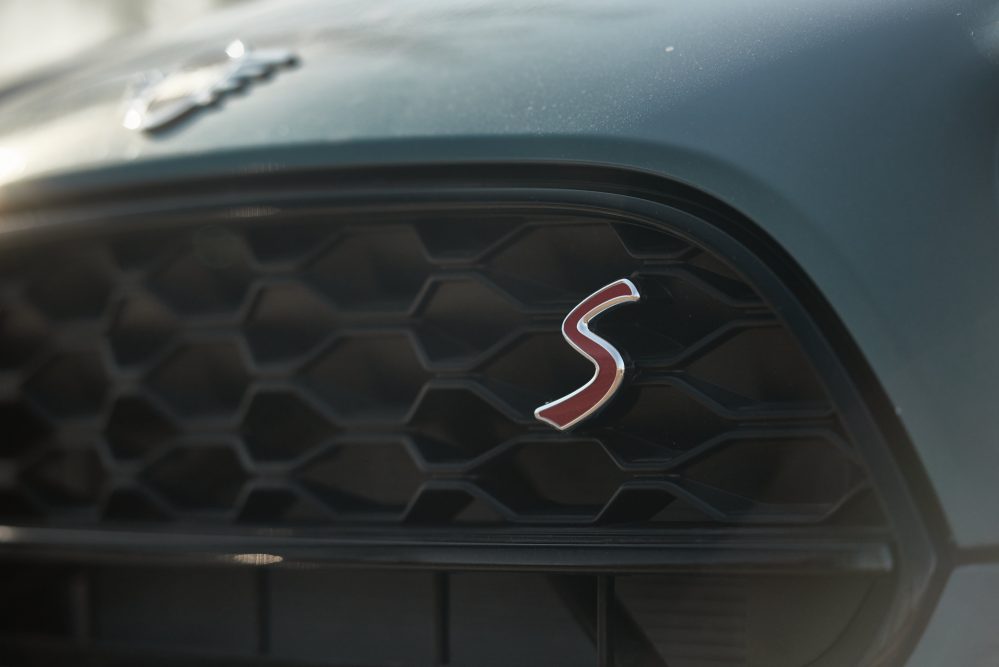 Pricing for a 2021 MINI Countryman Cooper S kicks off at $35,990. My tester had the $7,350 Premier + package, which adds things like a panoramic roof and other creature comforts like an electrically powered tailgate. I personally wouldn’t get this package as it significantly blows up the Countryman’s price. I also had a set of optional black 19-inch wheels and a $1,000 driver assistance package, as well as few extra styling options for a final sticker price of $47,030. By the way, this is the problem with all MINIs: if you start piling options, they become stupid expensive. Try to stay with the standard package as much as possible. 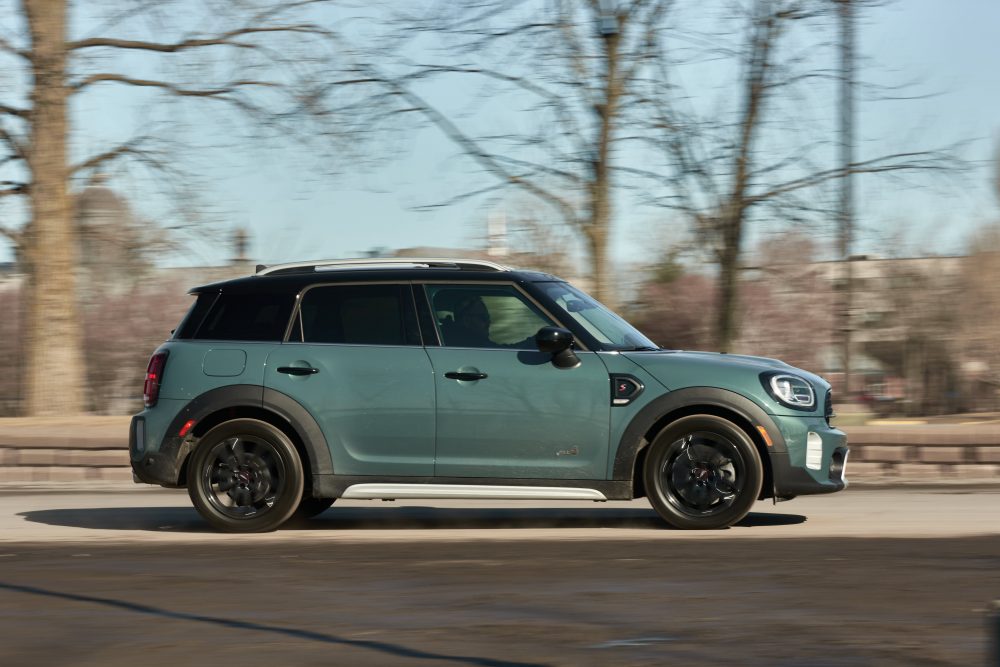 So, obviously since the Countryman is a much heavier car than a Cooper or even a Clubman powered by the same engine means it’s really not as quick off the line. Expect these things to hit 100 km/h from a standstill in about 6.8 seconds, which, by today’s standards is fine. But it makes up for it in overall driving dynamics. 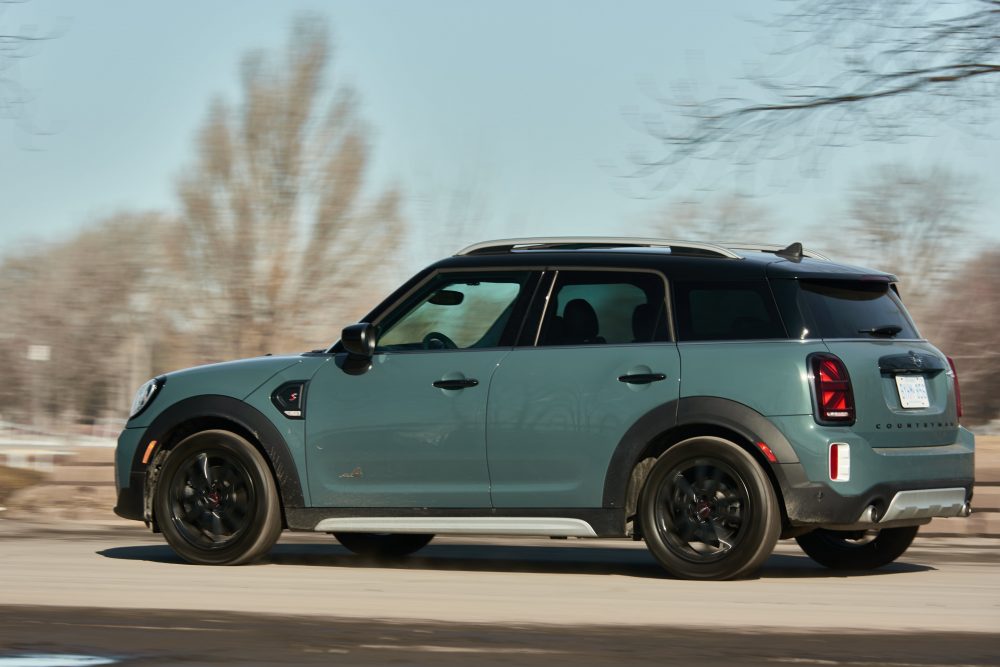 Punch the accelerator pedal when in automatic mode, and there’s an annoying delay until the car gets up and goes. That’s due to the turbo engine, an electronic throttle and a transmission that has too many gears. But pull a gear paddle yourself, set it in the meat of its powerband, and there’s quite a lot of fun to have with this crossover. Most of the power happens down low, and since the engine makes more torque than horsepower, it always feels more powerful than it is off the line. I also adore how it sounds as it’s shuffling through the gears; nice and mean. Fuel economy is decent too. I managed to hang in the low nines while I had it during a brisk week of March in Canada. 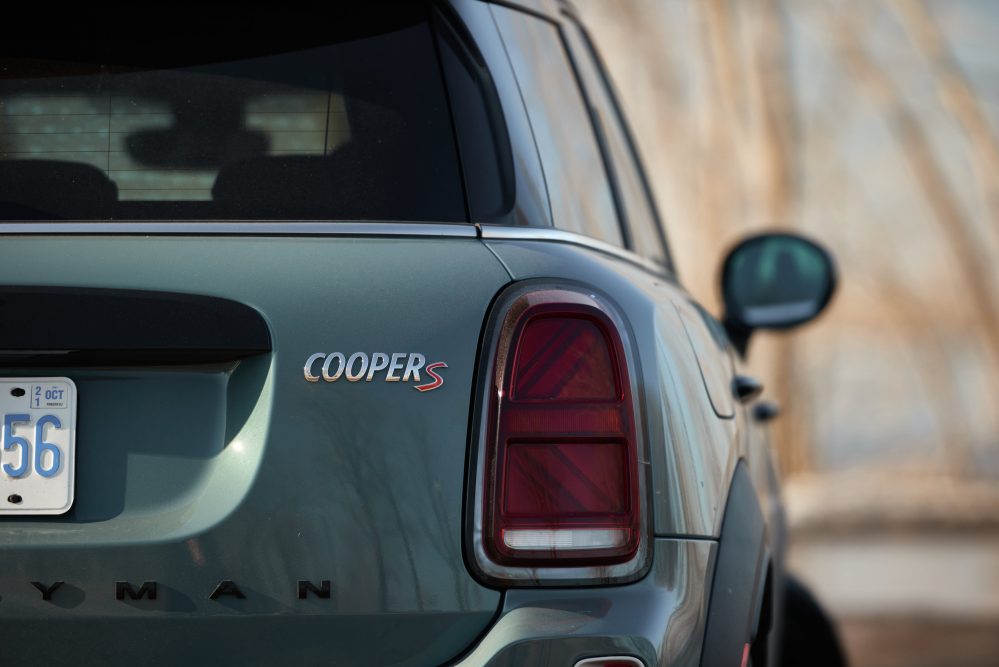 Enter a corner too fast with it, and yes, the tall roof will make you sense some unwanted body roll. But the level of grip is immense, and all you’ll need to do is turn the steering wheel a little more for it to cleanly correct its line. This is also one of the best interpretations of electric power steering to have ever been fitted to a modern automobile. The wheel itself is small, thick and well-weighted, which further adds to the fun factor. 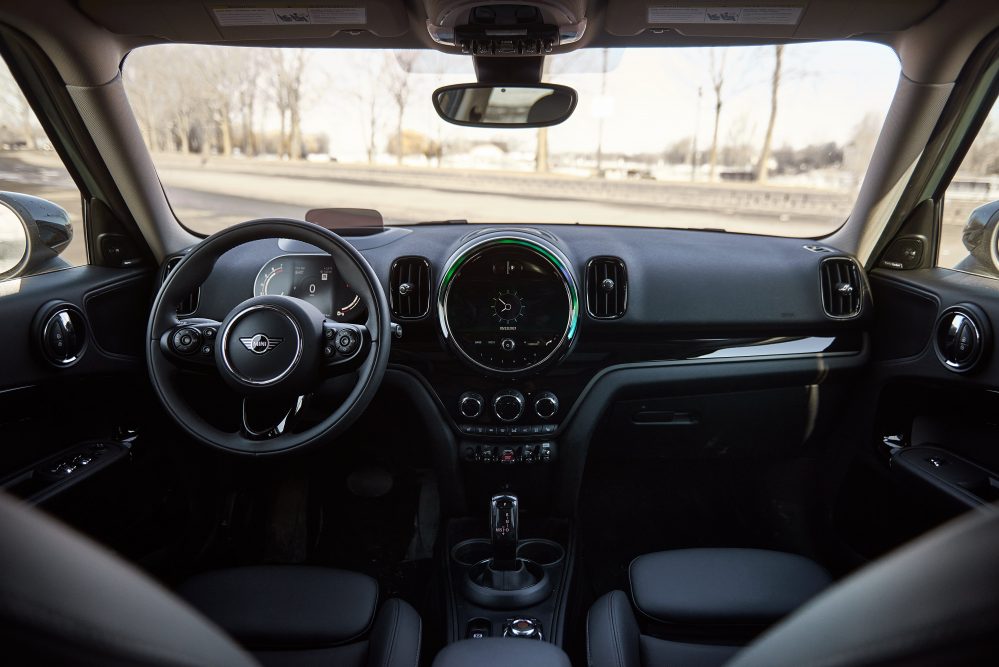 Step inside, and the classic MINI “Let’s Motor Hard” theme continues, with funky looks, class-leading build quality, retro switchgear and bang on BMW-inspired ergonomics. Like the rest of the MINI lineup, the Countryman receives a fully digital gauge pod which looks cool and clearly displays all the information you need, but annoyingly attracts glare when it’s too sunny outside. I’m also not a fan of the new shifter. It’s just too low in the cabin. The old one was long, which made it feel like a dog box unit when set to manual mode. 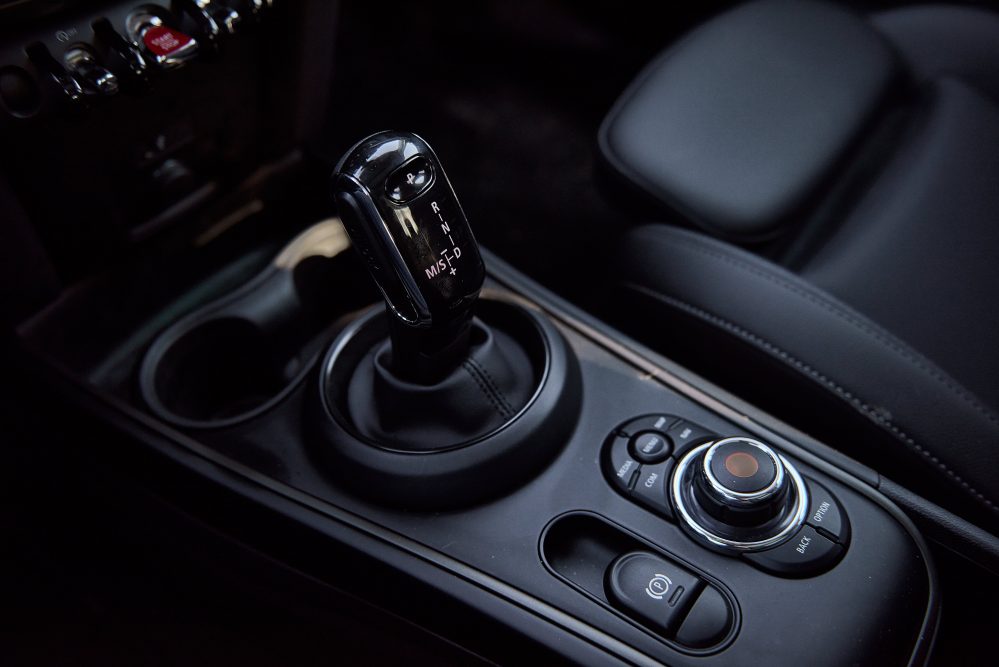 Meanwhile, the circular infotainment pod remains a peach to use due to its ease of operation and downright common sense. Like BMW’s iDrive system, you operate it via a rotary knob dial located on the center console. You can also use touch commands if that’s your fancy. MINI also makes sure each menu looks and feels just as fun as the car itself, with neat animations and active lighting that reacts to drive modes and your driving behavior. It’s all very cheerful and enjoyable to take in, but I still don’t get why this near $50,000 vehicle doesn’t have Android Auto connectivity. 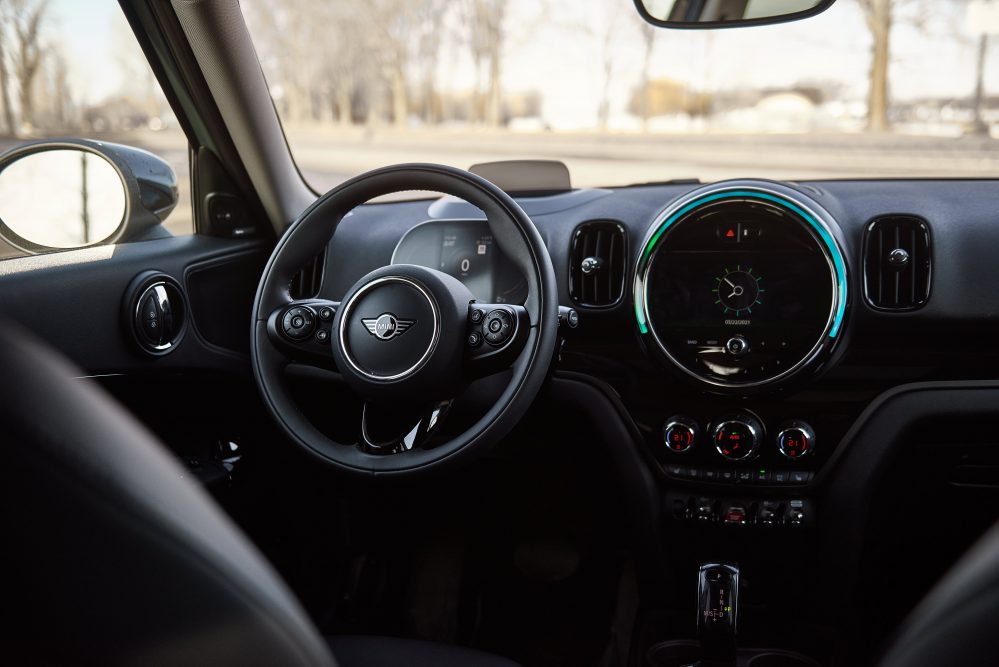 Rear seat room is good in a Countryman, but it is a little tighter than in a BMW X1. It’s the same story for cargo space which shrinks from 1,662 to 1,390 liters when the rear seatbacks are folded flat. That’s because while the Countryman rides on the same platform as an X1, it is a considerably shorter vehicle. 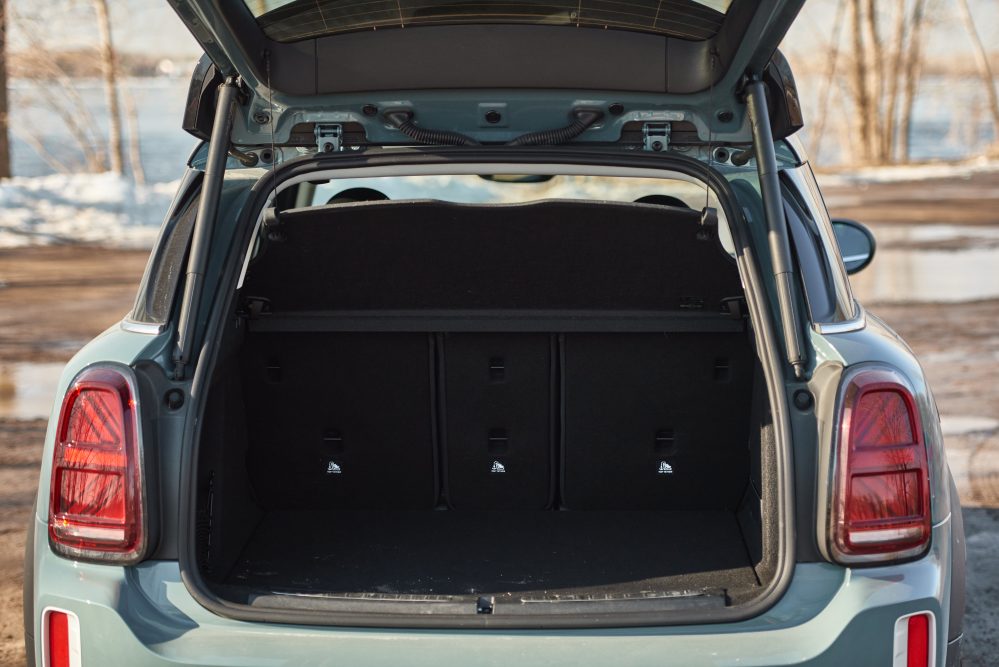 After all, this is a MINI. But the fact that this Countryman weighs in at almost 4,000 pounds is an irony. It nevertheless remains more compact than other vehicles of this class. It’s also MINI’s best-selling vehicle because it’s an SUV. Go figure. 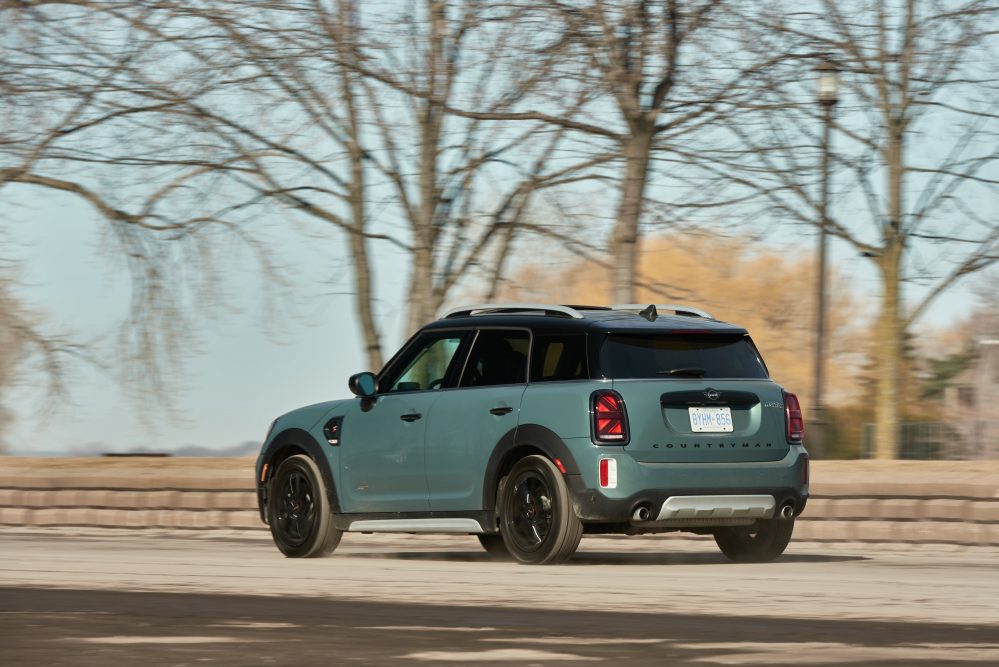 The 2021 MINI Countryman may be the odd-looking subcompact premium crossover of the bunch, but it’s also the most fun to drive. And in S form, it injects just enough performance for you to flog it hard into a corner without putting you in trouble. Sure, it’s a little cramped back there, but that’s the price to pay for driving something as unique and singular as this. If you’re looking for a family vehicle that’ll always put a smile on you and the kids’ faces, then this Countryman S is a hard to argue against.