2021 Nissan Rogue Plays It Safe To Offer What Consumers Need 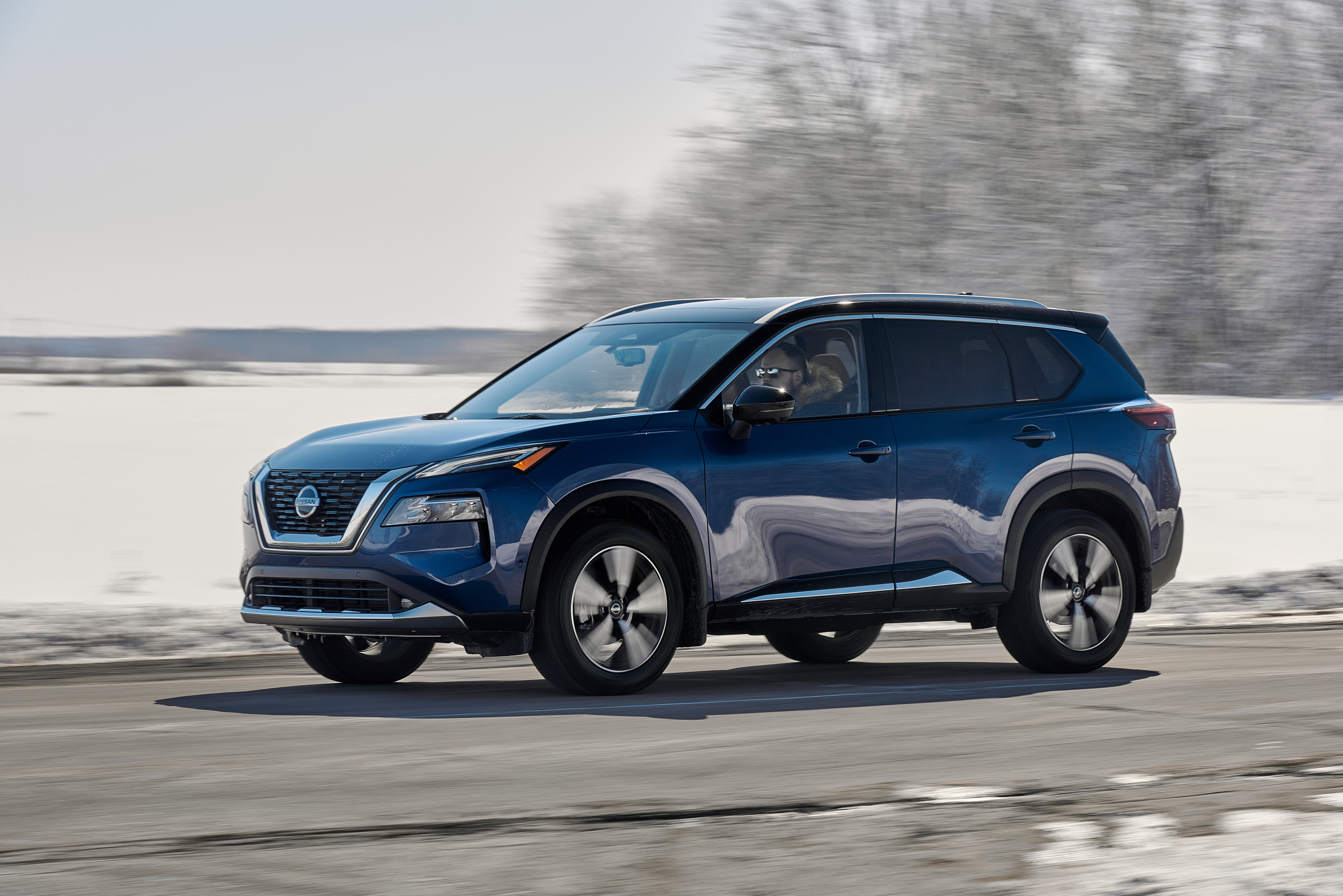 The all-new 2021 Nissan Rogue is finally interesting enough for me to feature it on these pages. Don’t get me wrong, the last-generation model wasn’t a bad vehicle, but it wasn’t excellent neither. It didn’t do much to excite the senses, and, well, it wasn’t even all that competitive in its own segment. Now though, Nissan has left no stone unturned. This Rogue has enough substance to potentially become a segment leader. 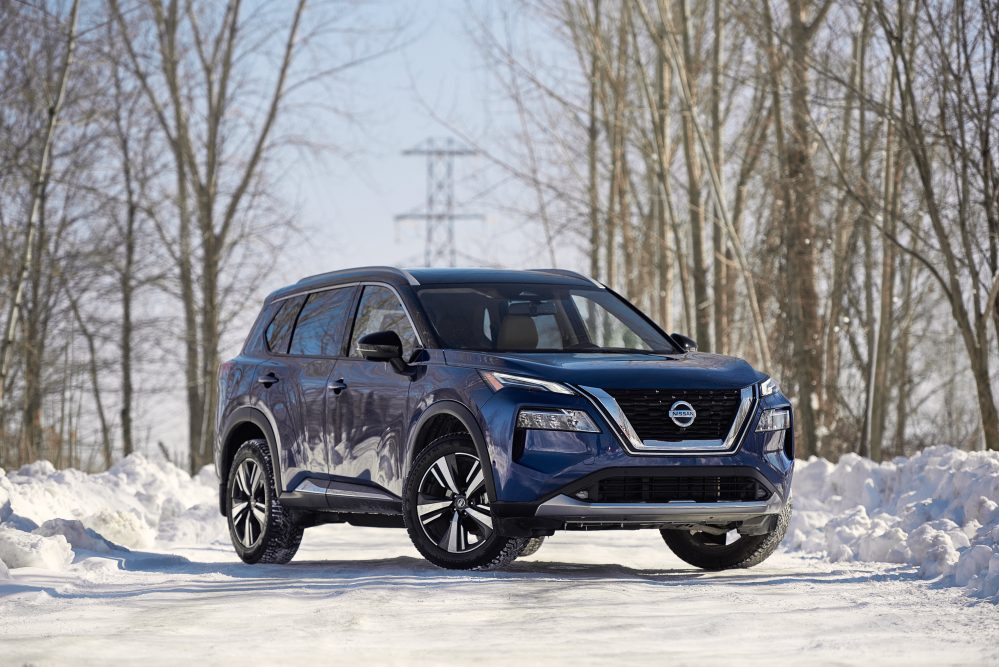 I’m really liking where Nissan is going with its new styling. Just under a year ago, when this entire COVID-19 mess began, I was writing, on these very pages, how dated the Nissan Pathfinder was. I was also explaining how most of Nissan’s lineup was long due for an overhaul. 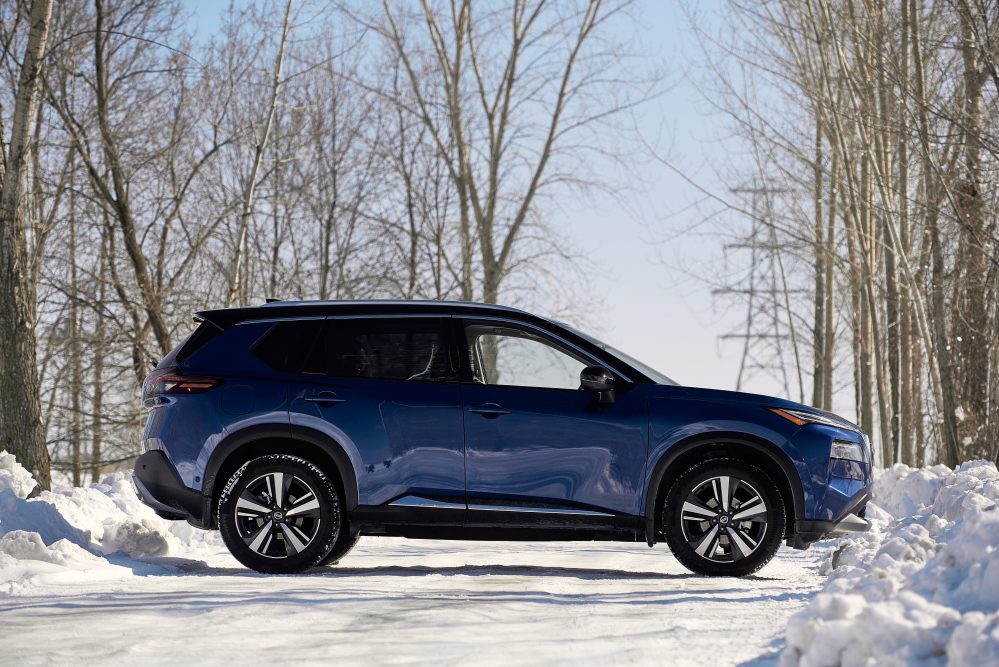 But throughout 2020 – possibly the worst year to update a showroom – Nissan revamped pretty much its entire image through a strategy it calls Nissan Next. The 2021 Nissan Rogue was among the first vehicles to feature this new brand image and, well, it’s off to a damn good start. It looks good! 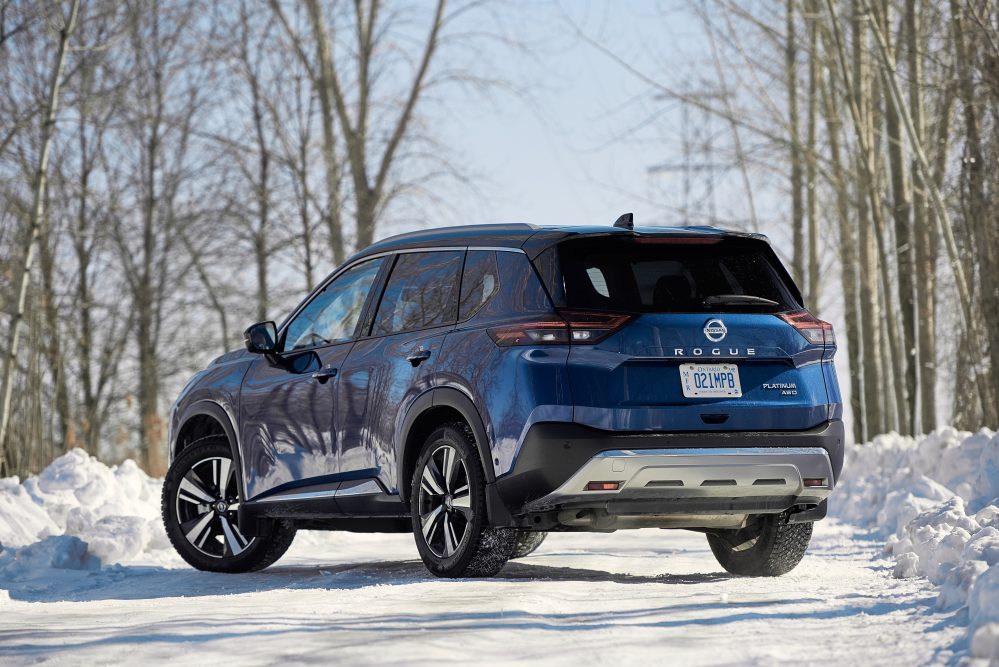 What’s intriguing about this new Rogue is that it’s all new, but it also isn’t. You see, Nissan played it safe because it needs to rebuild itself and stop hemorrhaging money. It also needs to save cash to eventually become all electric, so it had to play it safe with its best-selling vehicle. This is why the new Rogue rides on the same platform as its predecessor (Nissan’s CMF-CD architecture) and is powered by the same engine and transmission combo. 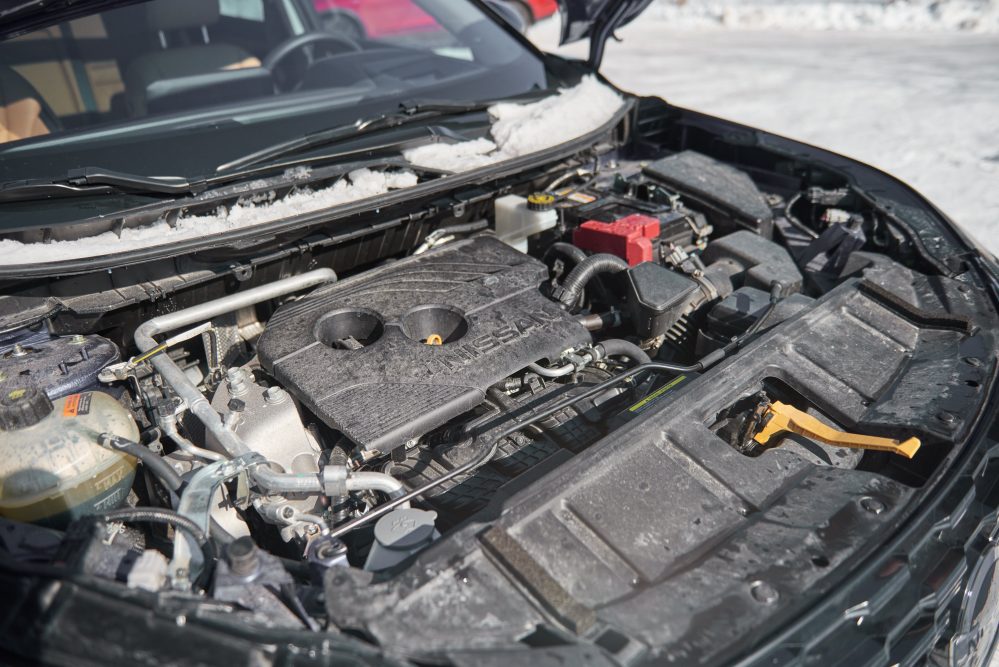 Ok so it’s not all-new per se, but everything around the platform and engine was re-engineered. And that’s what counts the most for the people who will buy these things.

All Rogues therefore come with the same tried and proven engine; a naturally aspirated 2.5-liter four-cylinder good for a very conservative 181 horsepower and a dead even 181 lb-ft of torque. This puts the Rogue right up there against its main rivals’ base engines, but it’s unfortunately impossible to upgrade for a turbocharged unit like you can in say, a Mazda CX-5. There’s also no hybrid technology like in a Ford Escape or Toyota RAV4. 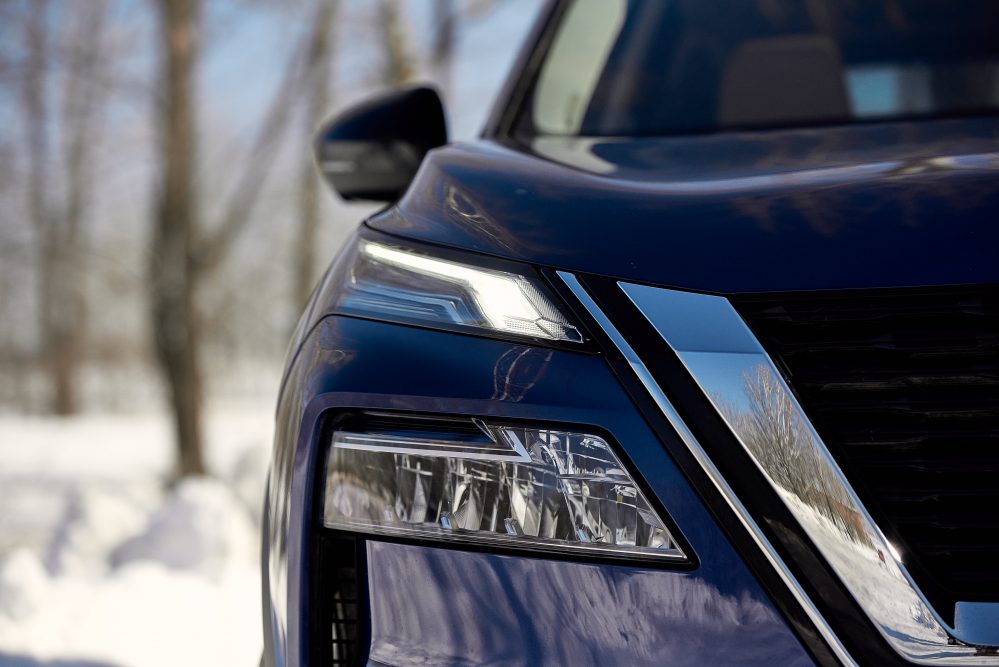 And yes, you guessed it, that engine is still mated to a continuously variable automatic transmission (CVT). But to Nissan’s defense, it’s a lot better than before, which I’ll get back to in a bit. Pricing for this new Rogue is a tad higher than it used to be, but consumers are also getting a lot more for their dollar. An entry level front-wheel drive S model kicks off at $30,443. You only need to pay about two grand more for all-wheel drive, but it still sucks that it won’t come as standard equipment. My tester was the king of the hill, the Rogue Platinum, which stickers for $41, 943. 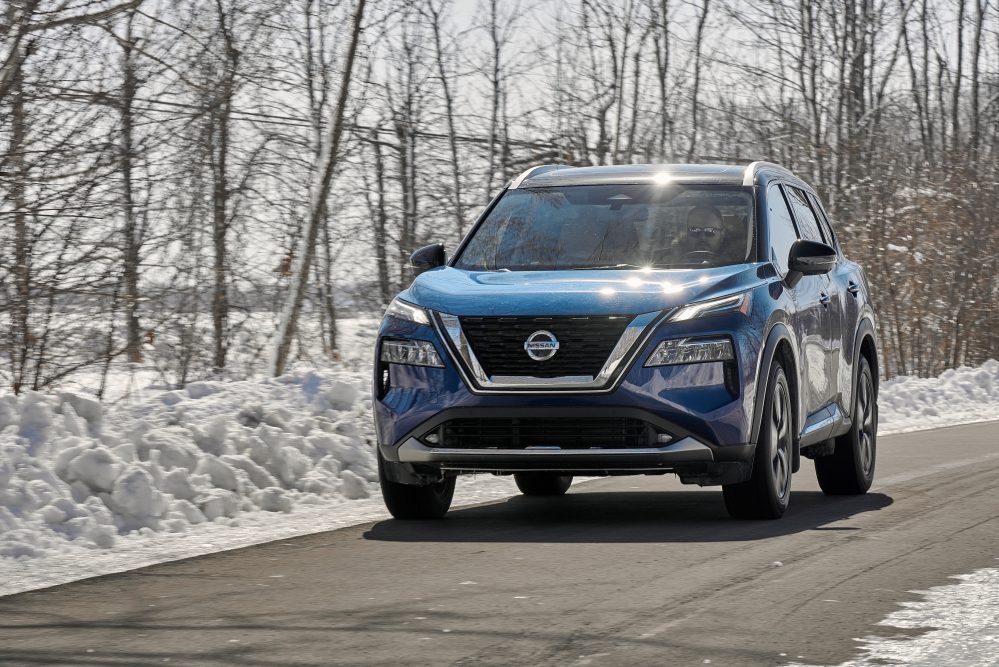 Of course, being in a Platinum trim meant my Rogue had all the bells and whistles Nissan could throw at it. I would have preferred a lower trim level to experience what most consumers will actually get with their Rogue, but I must say, in this Platinum attire, my compact crossover looked and felt like it came from a premium badge. 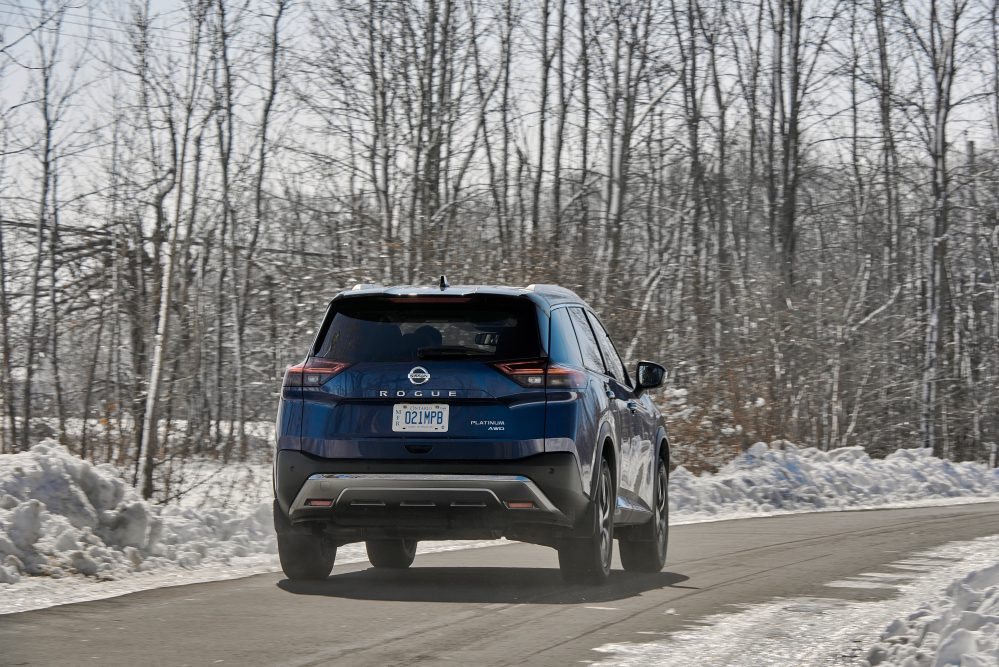 Perhaps where the Rogue makes the biggest strides is in the smoothness of its operation. The engine is well insulated, the entire ride is vault-quiet and the CVT simply stays out of your way. Even when it shoots the revs up to the stratosphere under hard acceleration (a typical CVT characteristic), it’s never too irritating. It’ll even do a good job of simulating gears when you set it to sport mode. 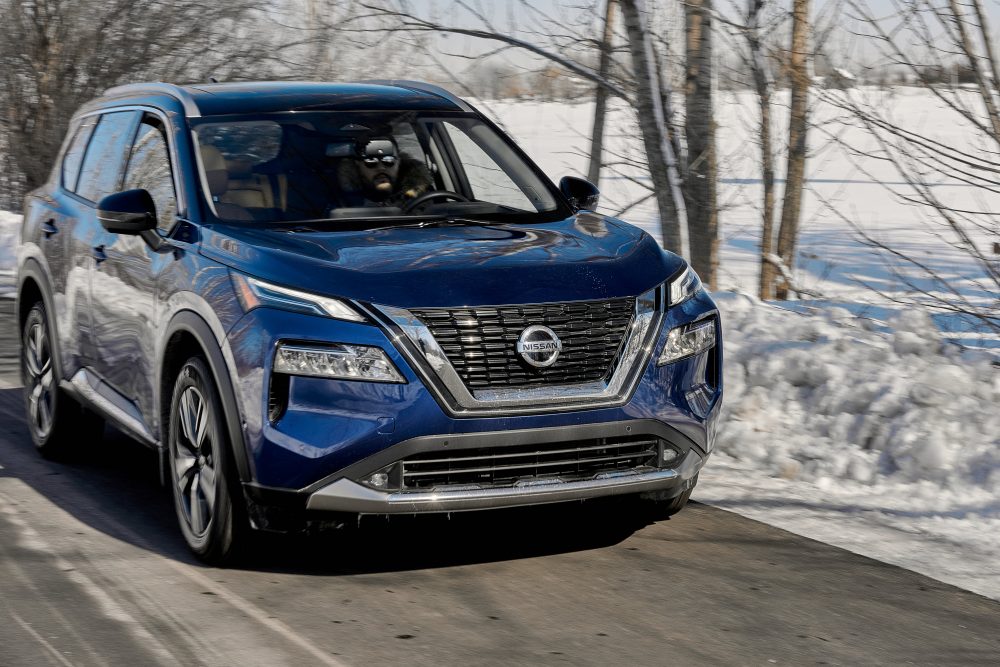 Sadly, there’s not much going on in the area of performance. Gun the throttle and that four-pot really needs to rev hard to extract everything it’s got in stock. You’ll definitely get more oomph from some of its turbocharged rivals. And don’t expect the Rogue to corner like a hot hatchback, because dynamic driving isn’t this thing’s specialty. 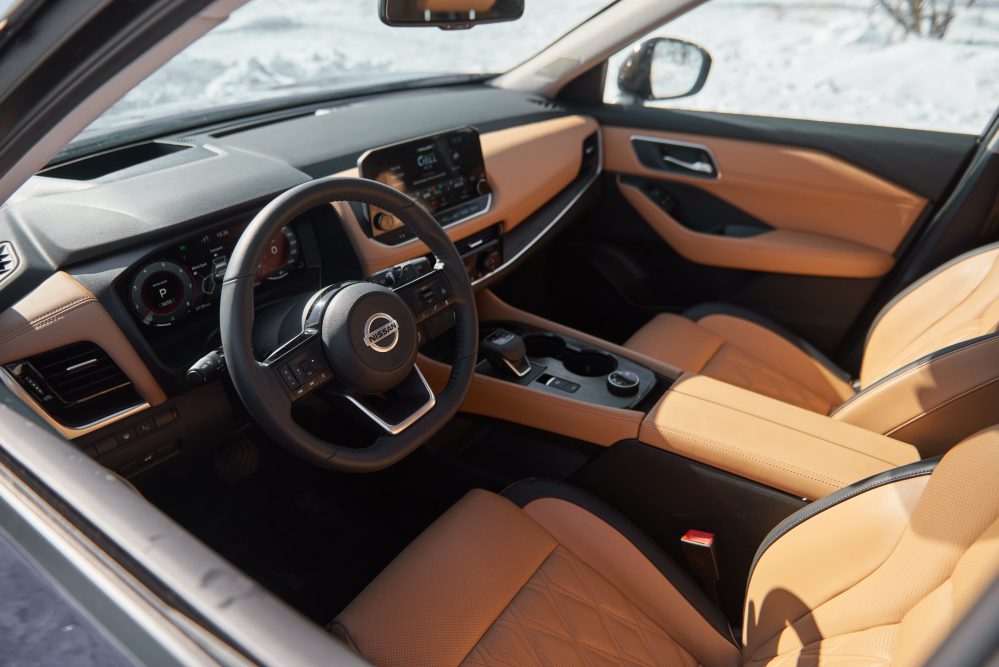 That all being said, the Rogue isn’t a punishing vehicle to drive. It’s just not fast nor engaging. That interior looks like a million bucks, I must say, especially when you tick off the tan Nappa leather option. You’ll also get some neat creature comforts in the Platinum trim that are uncommon in this segment, things like wireless Apple CarPlay, a separate climate-control temperature zone for rear passengers, and rear-window sunshades. 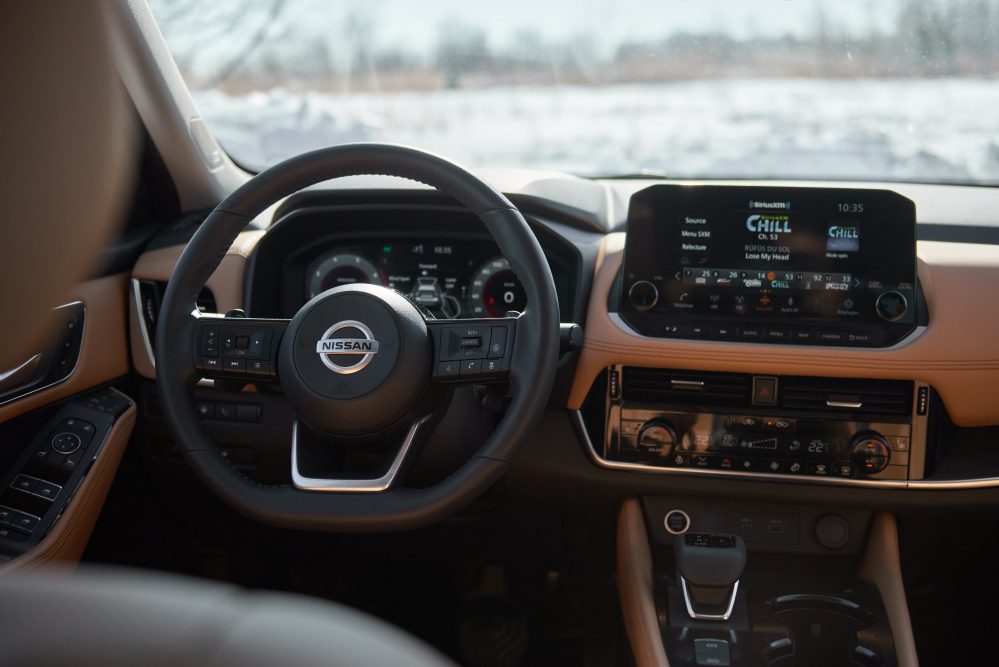 Nissan also worked extra hard with the car’s touch points, meaning everywhere you can see and touch were wrapped in above average materials. There are also neat details, like blinker and wiper stalks that feel as solid as in a BMW, a neat integration of blacked out plastics that give the instrument cluster a rich and expensive feel, and a good-looking steering wheel that’s also enjoyable to grasp. 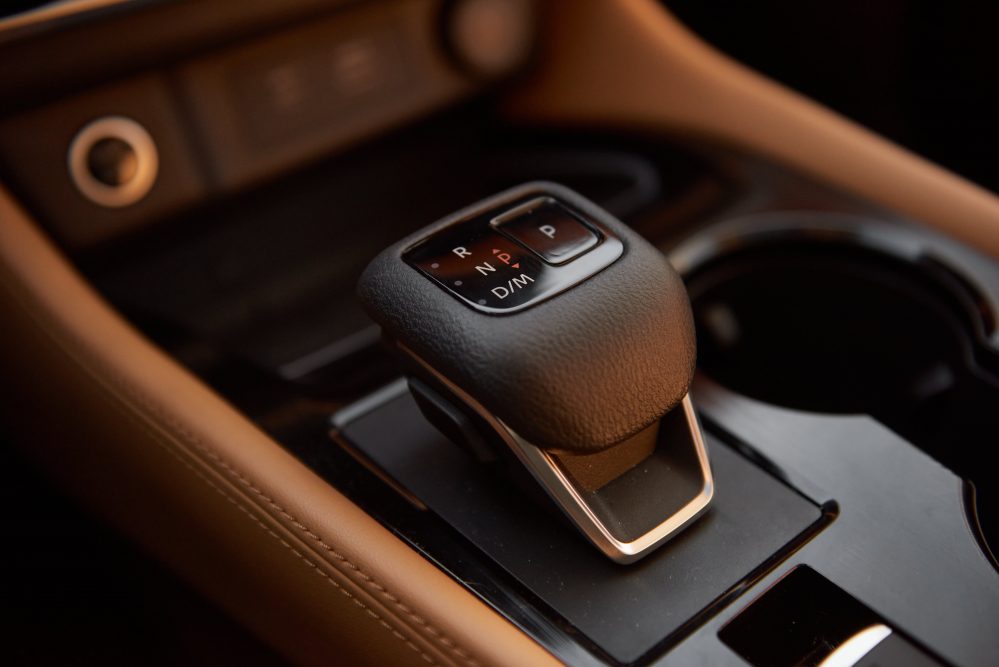 There’s also a beautifully laid out center console with a cool-looking shifter that’s also immensely pleasant to grab, and a fully digital gauge cluster that amusingly changes the shape of its readouts at the touch of a button. No seriously, it’s really cool, check it out below. 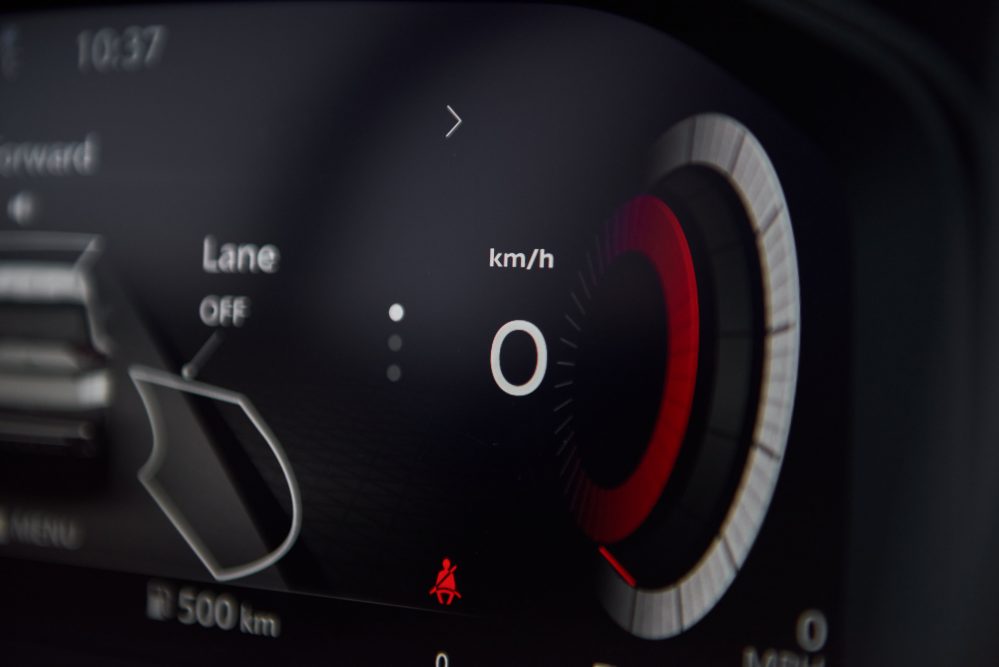 The infotainment system is also easy to comprehend and quick to respond. It’s these details that’ll make consumers want to stay in a Nissan showroom instead of flocking over to Honda, Toyota or Hyundai. While the new Rogue doesn’t do much to distinguish itself underneath the sheet metal, it offers a lot of substance everywhere else. 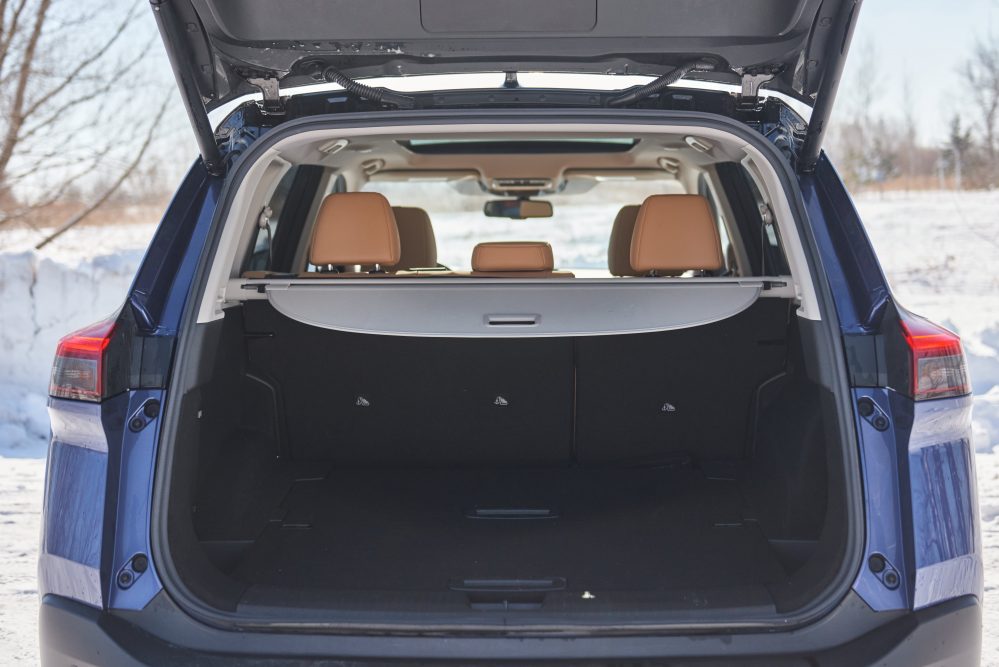 Overall dimensions are almost identical to its predecessor, but interior space was nevertheless slightly improved. There’s massive rear leg and headroom, and total cargo space climbs from 1,982 to 2,064 liters (with the rear seats folded flat). This allows the new Rogue to edge its way to the top of the segment in cargo space, allowing it to be more practical than a RAV4 (1,976 liters) and a Chevrolet Equinox (1,809 liters), but still a tad behind a Honda CR-V (2,146 liters). 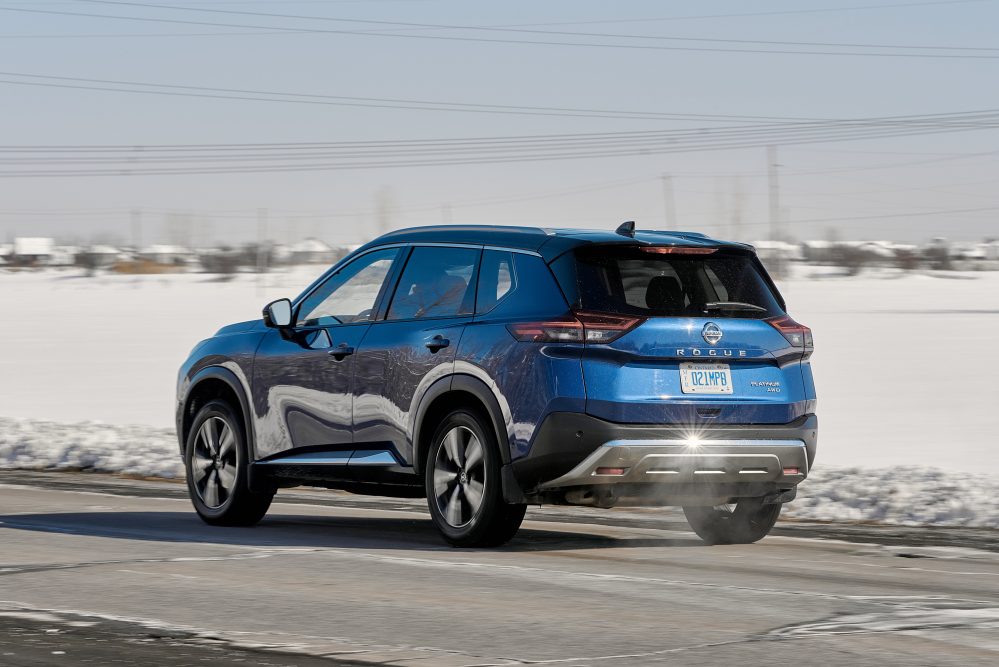 The 2021 Nissan Rogue goes down a conservative route by not offering consumers different powertrain options, more power or even electrification. But it resists an onslaught of competitive offerings with a compelling design, a refined ride and interior creature comforts that’ll put many of its rivals to shame. While the old Rogue was a good yet extremely boring appliance on wheels, this one is interesting to look at and drive, yet just as good.