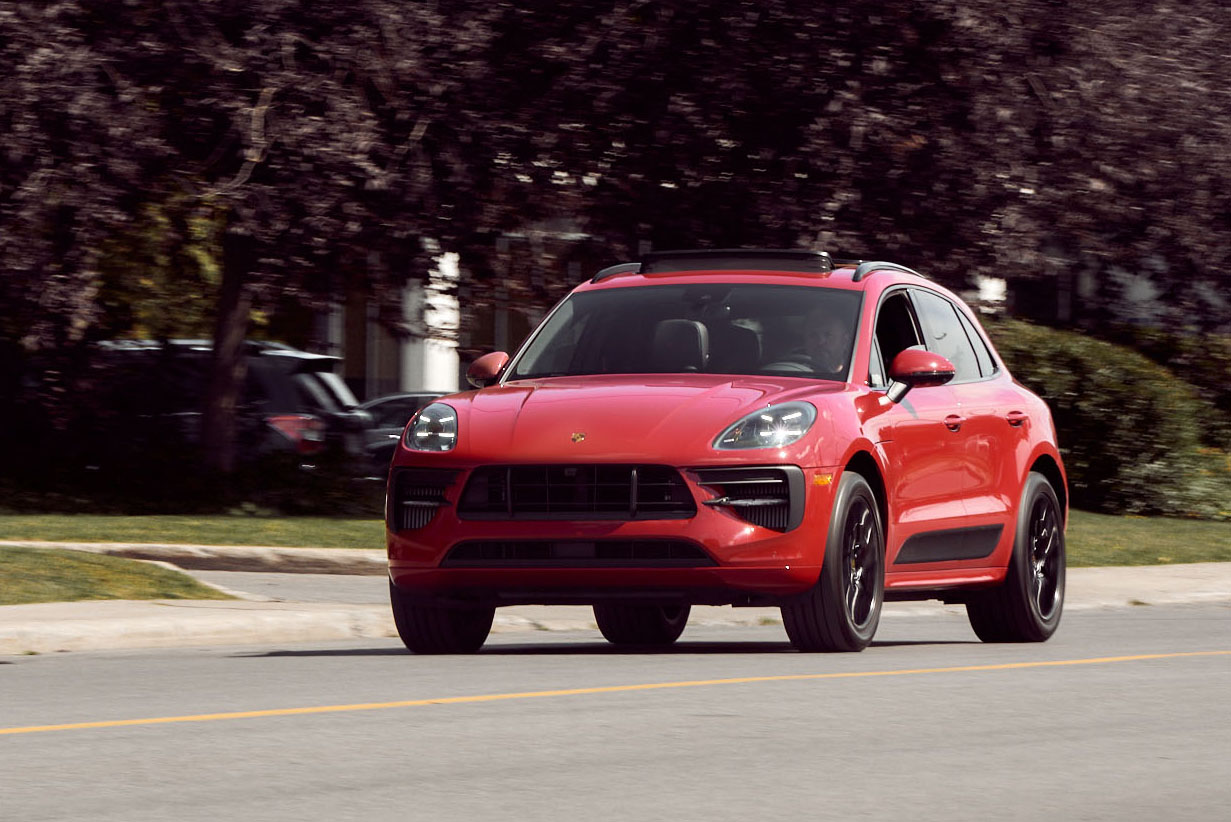 The 2021 Porsche Macan GTS is no longer one of the only performance SUVs available. Pretty much all luxury carmakers now offer one, and with seriously capable machines like the BMW X3 M or even the Alfa Romeo Stelvio Quadrifoglio now available, it becomes ever more difficult to justify the purchase of a Macan. Interested in finding out if Porsche still owns the performance SUV game, I booked one in GTS form. Turns out it’s still the king of the hill.

Before The Big Facelift 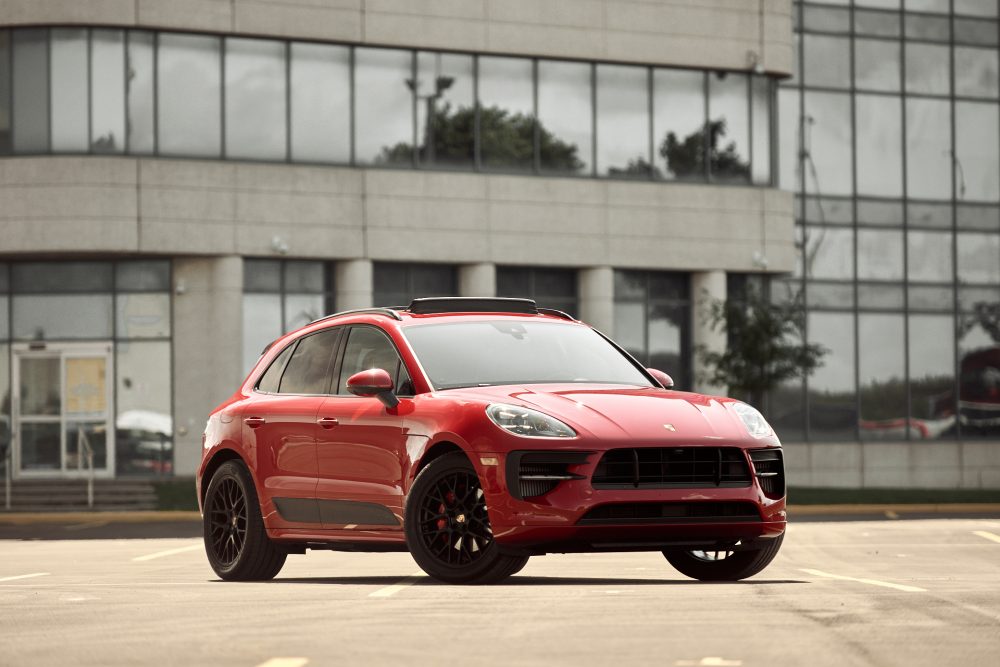 Before I dig deep into the 2021 Porsche Macan GTS specifics, it’s important to underline that this is a 2021 model year. The entire Macan lineup will be submitted to a good facelift next year. The GTS will also sit at the top of the lineup since the Turbo model will be discontinued in order to presumably make room for the upcoming electric variant. 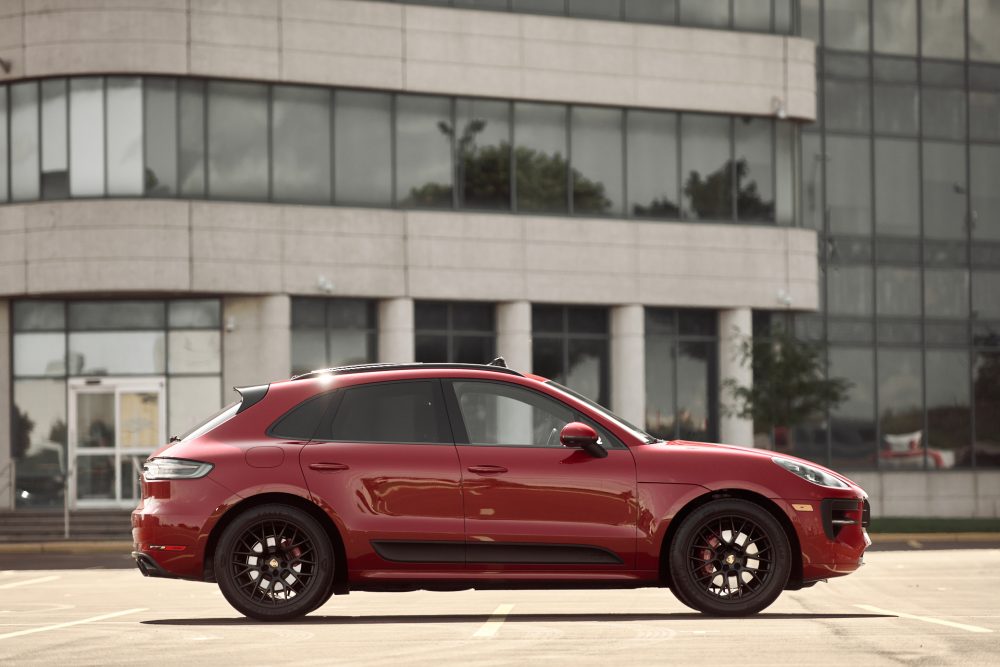 For now, the GTS sits underneath a Turbo in the Macan hierarchy. The idea behind this model is to offer considerably more performance than a Macan S while not entering the brutality and expenses of a Turbo. You distinguish a GTS from other Macans due to its blacked out GTS logo hidden inside the plastic side trim, as well as blacked out wheels and body accents. All GTS Macans come standard with LED headlights and taillights. Red brake calipers are also part of the mix. 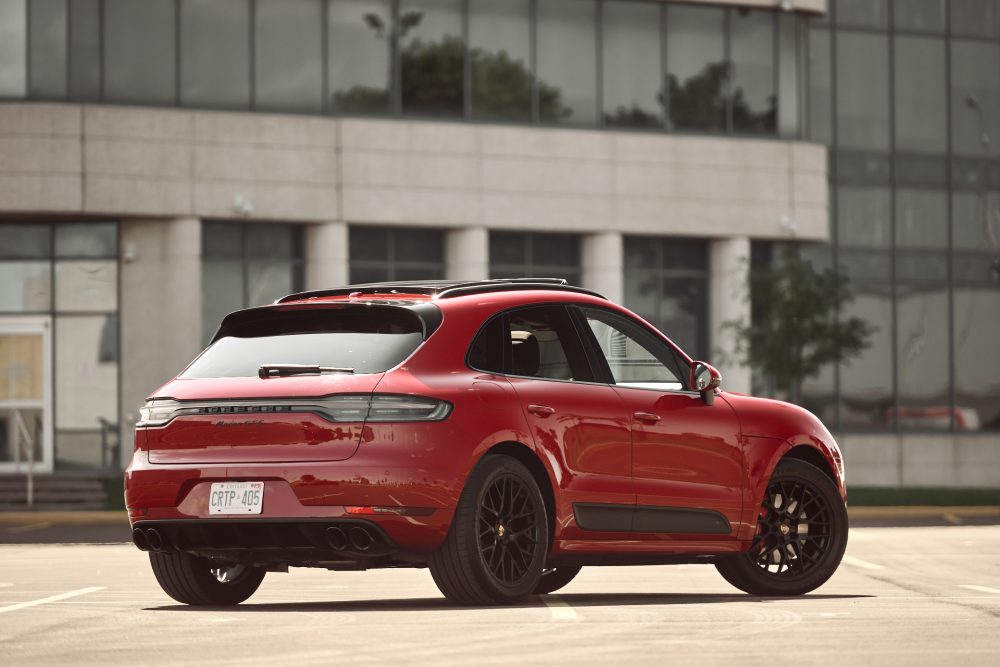 The GTS is powered by what is essentially the same twin-turbocharged 2.9-liter V6 as in a Turbo, but with slightly lower horsepower and torque numbers. Figures stand at 375 horsepower (instead of 434) and 383 lb-ft of torque (instead of 405). This engine is mated to a seven-speed dual clutch automatic gearbox. All Macans, no matter the trim level you choose, come standard with Porsche’s PTM all-wheel drive system. The GTS also gets the PASM adaptive dampers. My tester had a few trick options grafted onto it, like the PTV torque vectoring rear differential. That alone is a $1,700 option. 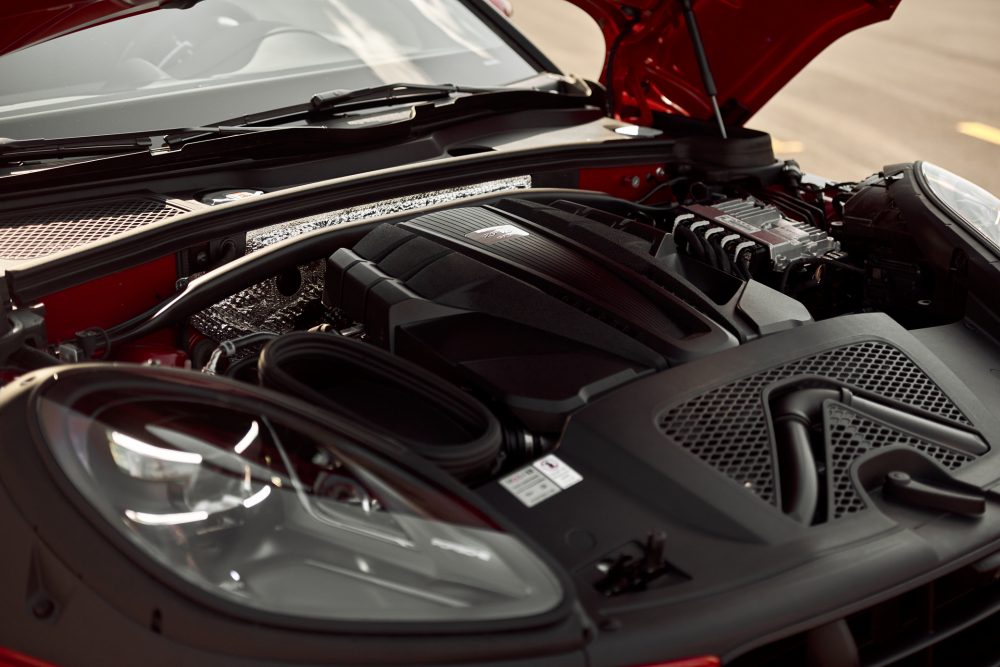 Remember, ridiculously priced options is what Porsche does best. For instance, while the base price for a Macan GTS is a more reasonable (for the segment) $79.200, my tester stickered at $102,590 due to all the packages grafted onto it, like the $3,560 Carmine red paint or the $5,470 leather seats and red interior accents package. 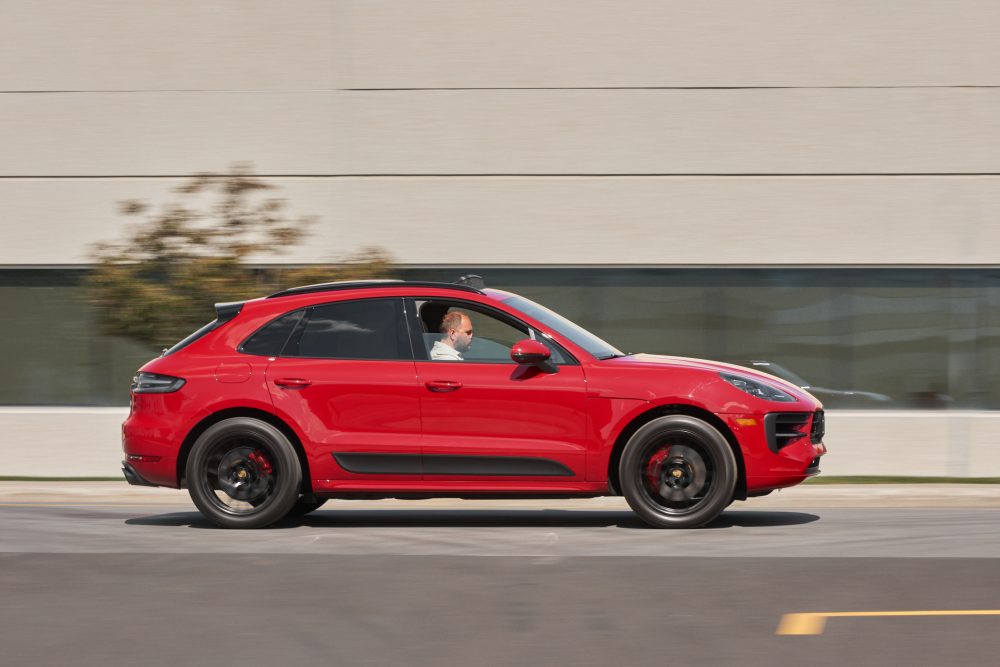 I’m sad to say that I was a tad disappointed by the Macan GTS’ straight line performance. Mind you, it’s not exactly slow off the line. Some will say this is not the most powerful Macan on sale, and it’s true, but for similar money, a BMW X3 M is much more intense. 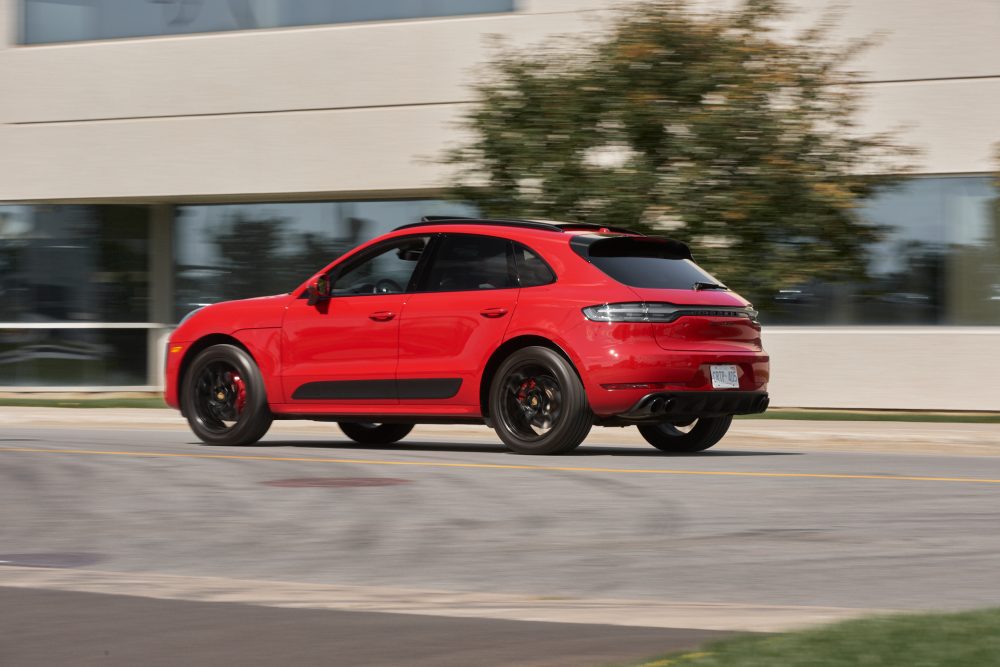 That all being said, acceleration doesn’t tell the GTS’ full story. Where this Macan truly shines, is in its ability to disappear underneath you and return one of the most satisfying driving experiences in the segment. For instance, steering inputs are impeccably precise. The suspension is never too harsh, but also always compliant, even when the vehicle is set to its most intense Sport+ setting. 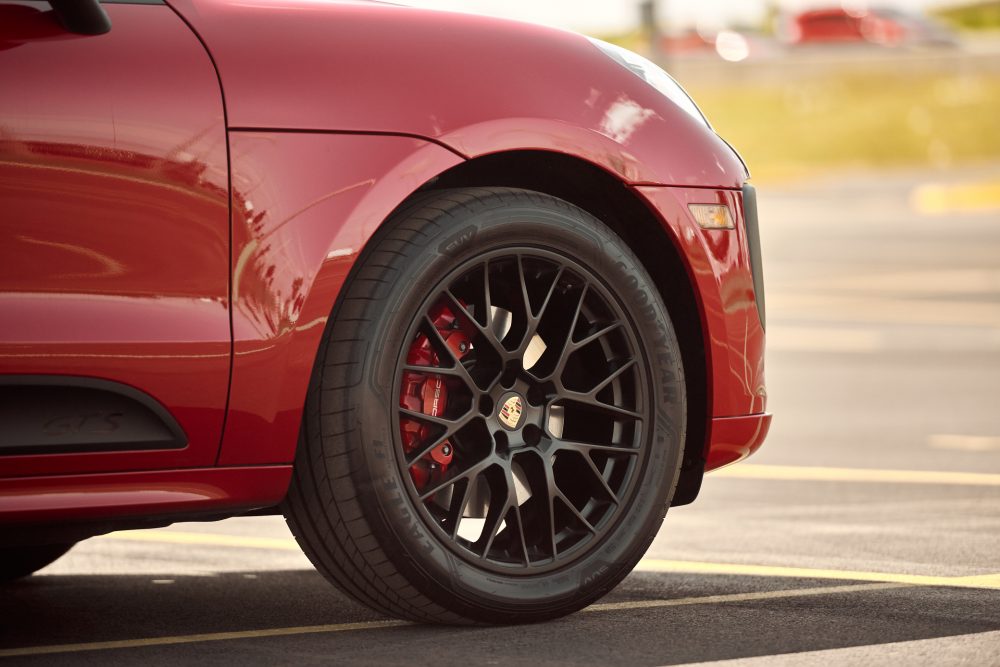 Activate the Sports Response feature via a button on the steering wheel, and the dampers firm up, the steering wheel becomes heavier and throttle sensibility is improved. The turbo also grants you a few more PSIs for a about 30 seconds. In this mode, the Macan becomes an almost telepathic beast. It’s light on its feet, precise, agile, and always anticipating your next moves, allowing you to explore its limits in total confidence. 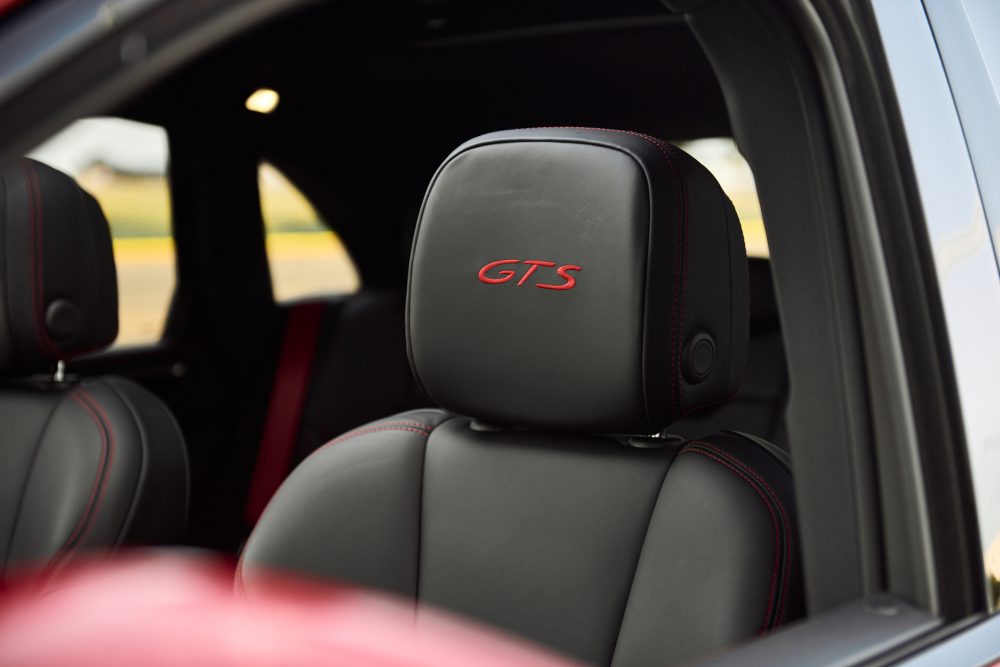 General comfort is also something the Macan GTS does like a boss. Its optional sports seats wrap you with excellent lumbar and lateral support, and even a big guy like me can find a proper seating position in them. The brakes bite hard, while the transmission is the equivalent of your best bro that’ll follow you in your crazy adventures. 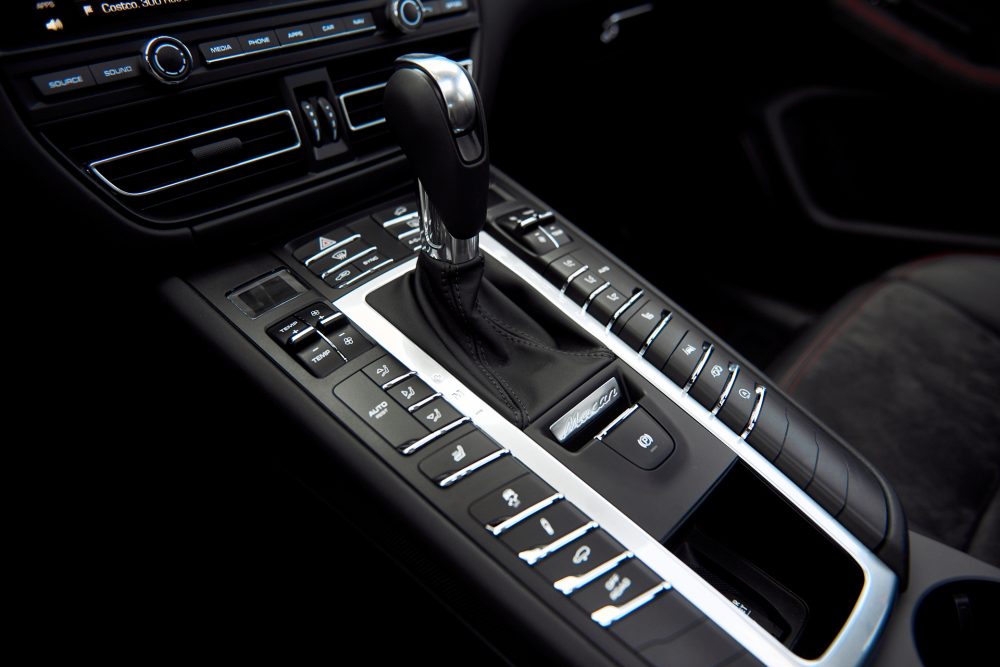 It’s always there, ready to do what you ask it to, rapidly cycling through the gears, downshifting and throttle blipping with absolutely no delays. In the corners, the Macan GTS displays almost no body motions, providing loads of grip all while emitting a subtle, yet satisfying snarl through its quad exhaust pipes. It’s all well mannered yet immensely effective. 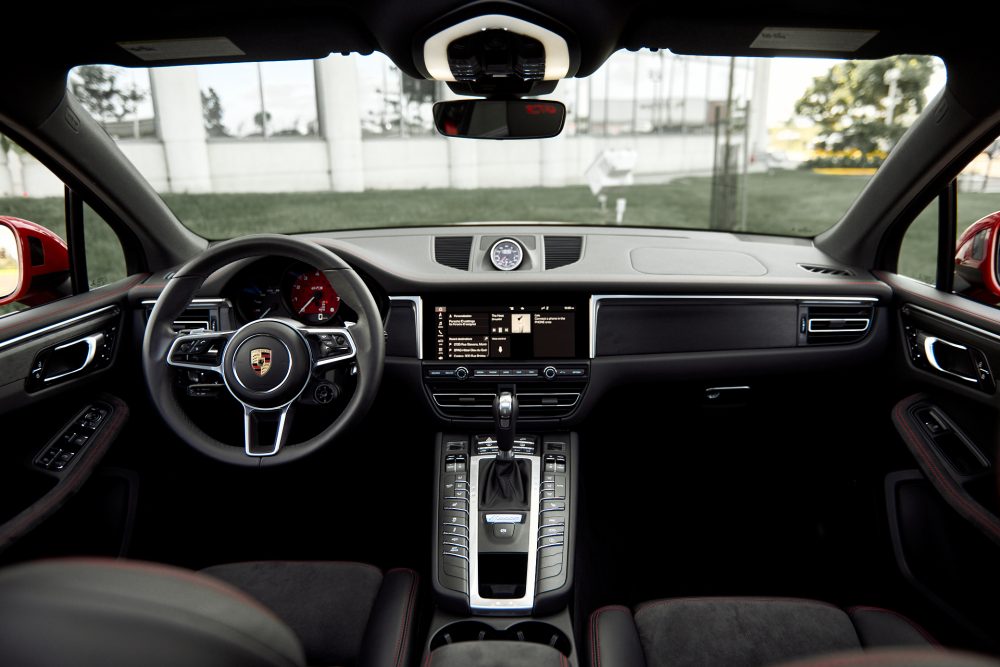 In typical Porsche fashion, the Macan GTS’ cabin is pure, simplified, but oh so elegant and, more importantly, easy to operate. Yes, the center console is a mashup of buttons, and the infotainment system is heavy in information. It’s a lot to take in at first. But once you take the time to grasp it all, it becomes immensely intuitive and loaded with common sense. 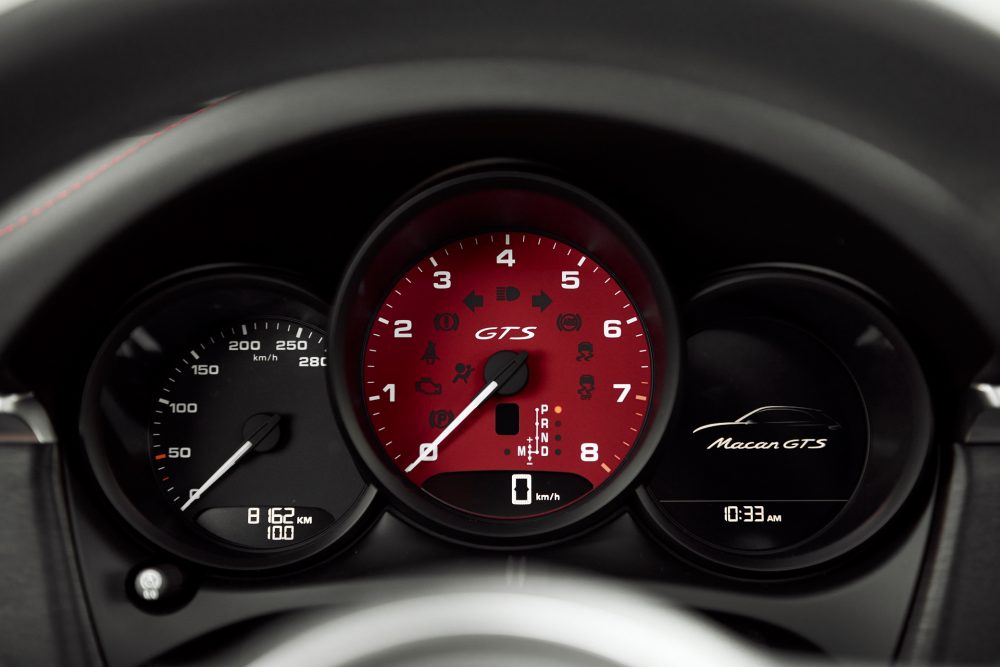 I personally love the red accents sprinkled here and there in the cabin, like the Carmine red analog tachometer nestled right smack in the middle of the gauge pod. It adds a bit of color to an otherwise spartan interior, which, I must say, is built like a tank. Build quality in this thing is totally next level. 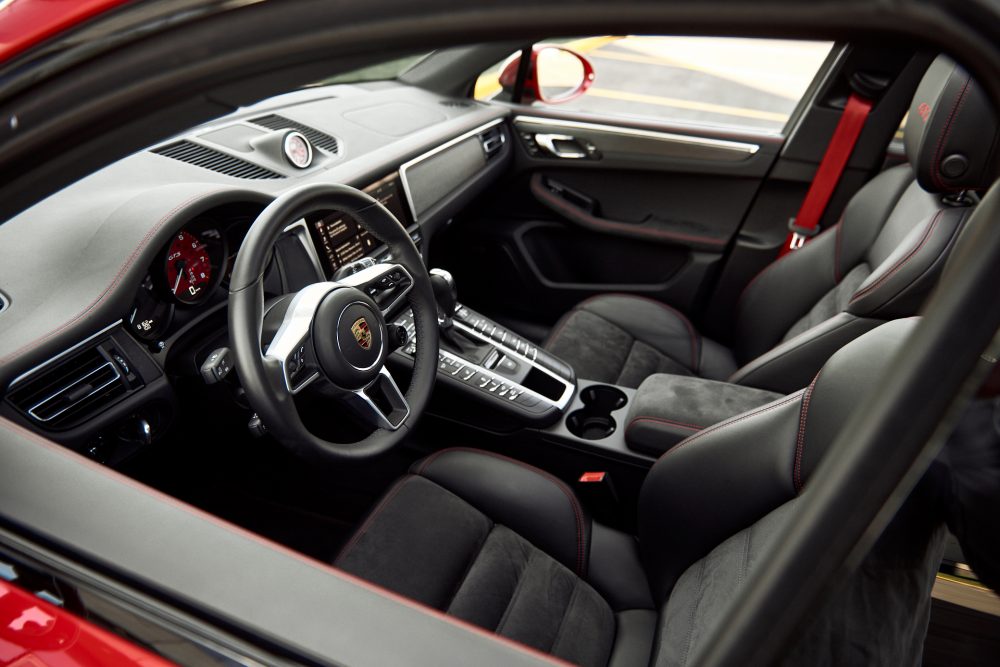 Where the Macan falls behind its main European rivals is in rear leg room and overall cargo space. Tall passengers might find themselves with their knees hugging the rear of the front seats. And while this compact SUV will engulf up to 1,472 liters of your gear, it’s still a bit behind some competing models like a BMW X3 (1,775 liters) or an Audi Q5 (1,503 liters). Towing, however, is rated at a class-competitive 4,409 pounds. 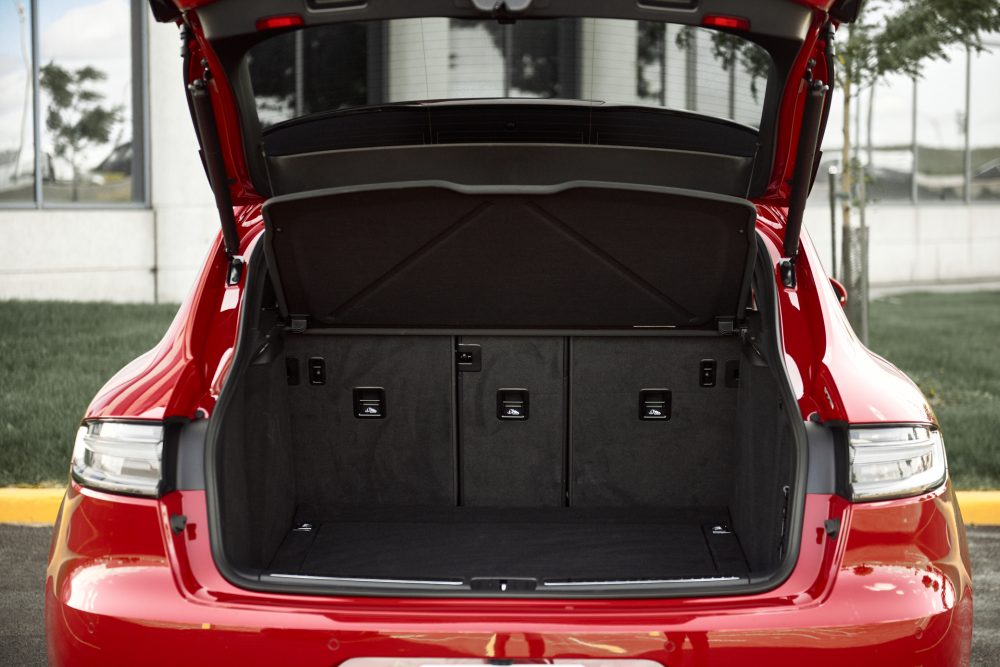 The 2021 Porsche Macan GTS is obviously still great fun behind the wheel, even if a Stelvio Quadrifoglio or an X3 M will sorta pulverize it at the drag strip. What it lacks in straight line acceleration, it totally makes up for it by its telepathic driving experience and ability to basically do everything in almost perfect levels of precision. 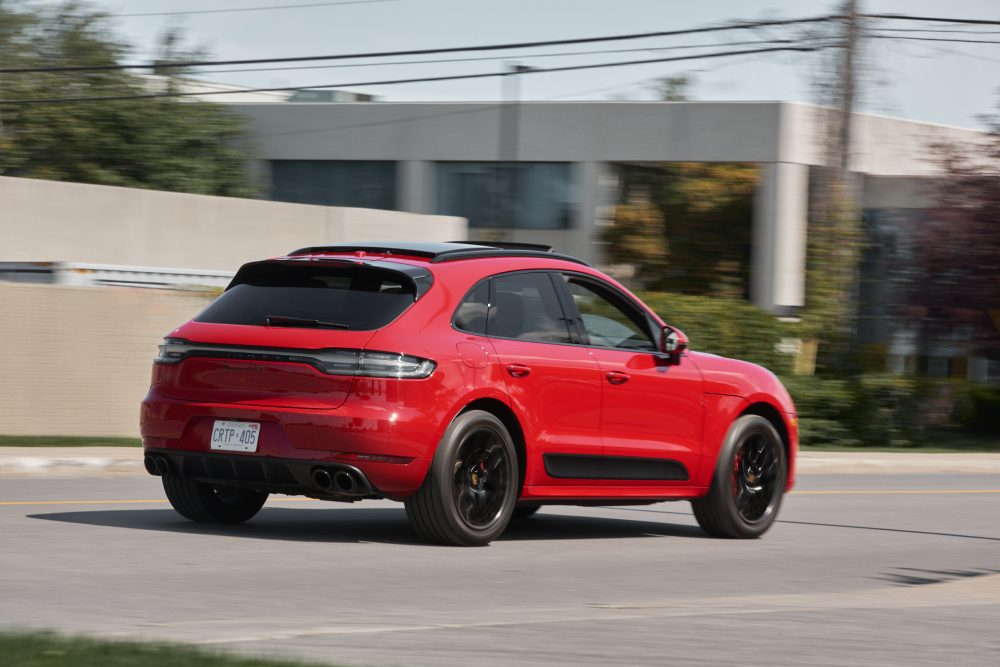 Also, consider that Porsche Macans in general have a stellar reliability rating, and it becomes clear that Porsche still dominates this segment. But then, when you stop to think about it, did you expect anything less from this nameplate?