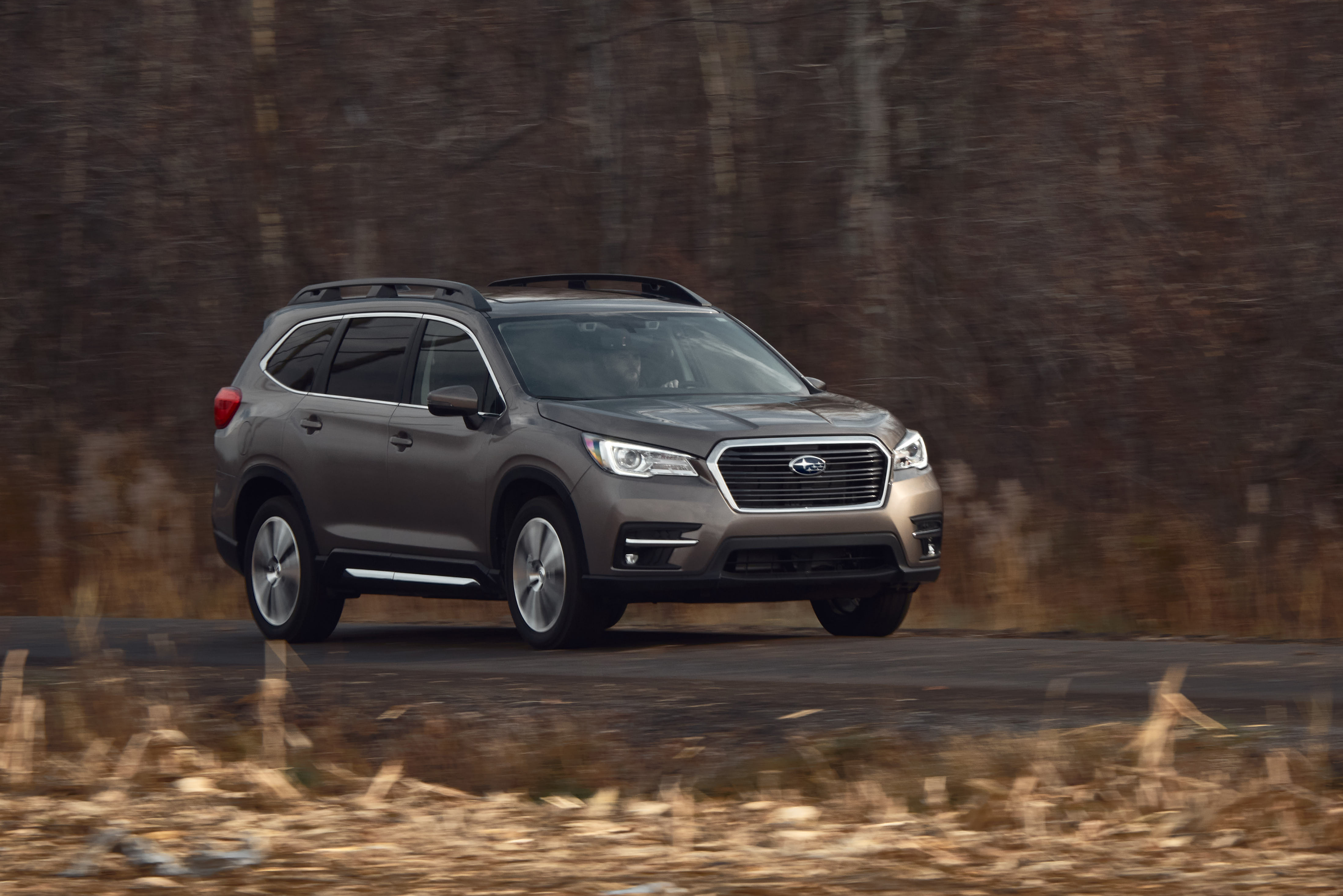 This is actually the third time I drive the 2021 Subaru Ascent,  but at each occasion I get to strap myself behind the wheel of this thing, I can’t help but notice how much Subaru works extra hard at making sure it checks in with the brand’s core values. The Ascent has nothing to do with the rally stage-conquering WRX STI, or the drift-happy BRZ. Instead, it’s a vehicle Subaru needs to build to insure profitability. Yet, it still manages to keep the expected Subaru traits intact. 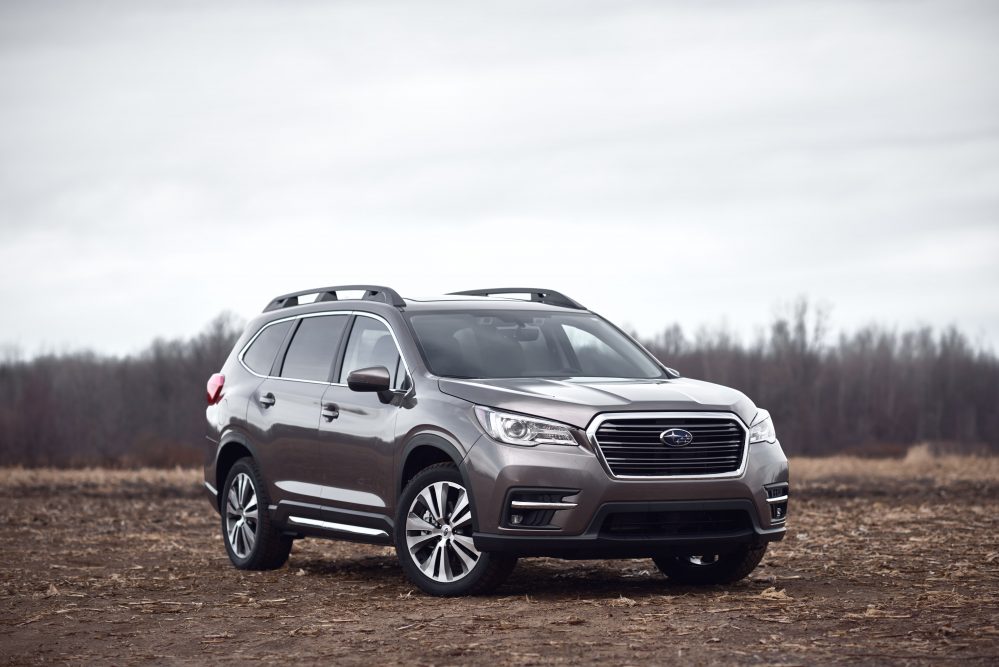 Since the three-row midsize SUV space is so damn lucrative these days, Subaru just couldn’t survive without one. Sure, Subaru did try to sell us a thing called the Tribeca sometime around 2010, but that thing was just too weird and too small for consumers to give a damn. The 2021 Subaru Ascent, on the other hand, uses a more pragmatic approach to the genre. 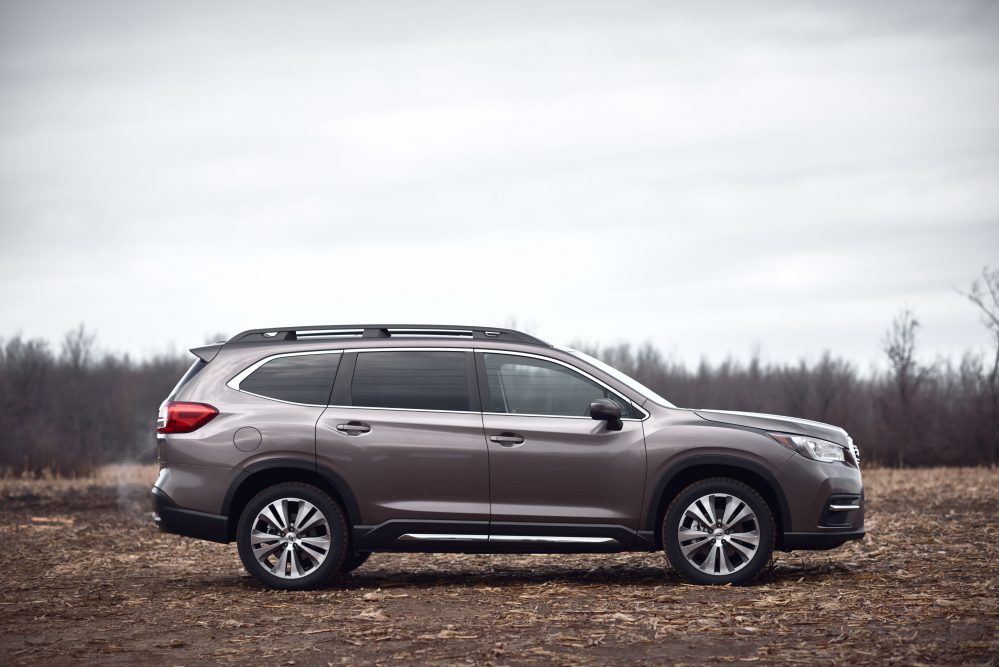 In other words, from the outside, it looks like any other vehicle of this type. It’s big, long and blocky, but still also resembles some kind of large hatchback. In other words, it’s not exactly attractive. You could mistaken this thing for any other SUV on the road, and that’s precisely why it’s doing so well from sales standpoint. 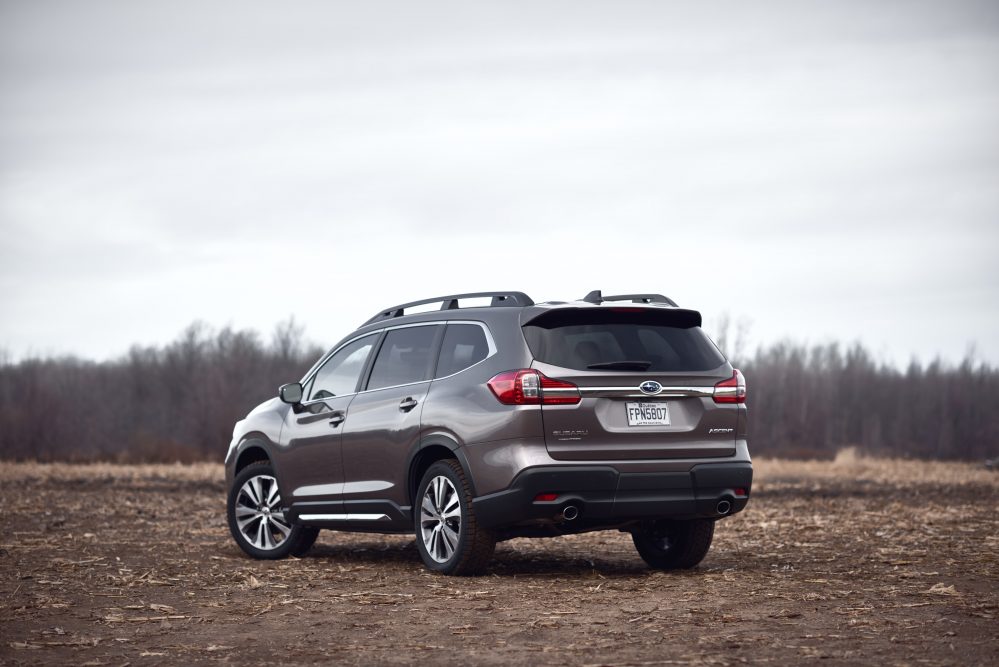 Underneath the mainstream body, however, sits what constitutes the heart of any good Subaru; a Boxer engine. But unlike the Tribeca that tried to squeeze a flat six underneath its schnoz, the Ascent goes down a more traditional route by utilizing a turbocharged 2.4-liter four-cylinder. This makes it the only one in its class to not offer a six-cylinder option. 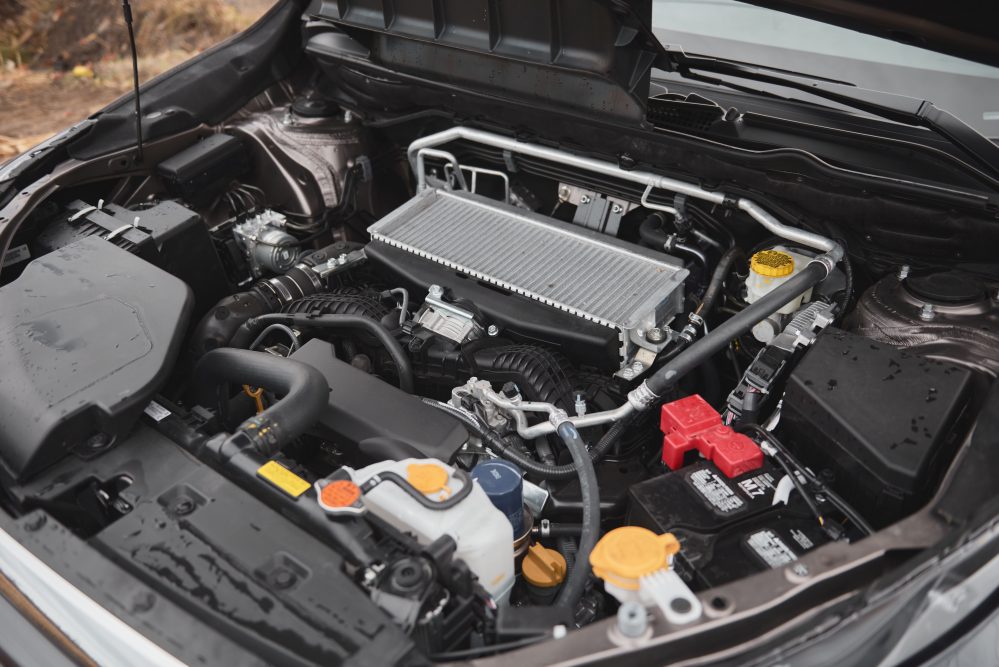 But that boosted four is still good for a healthy 260 horsepower and 277 lb-ft of torque. I do wish it came with a conventional automatic though instead that CVT Subaru shoves into all of its vehicles. The good news is that although you can’t get six-cylinder power in your Ascent, it’ll still tow up to 5,000 pounds. Obviously, all-wheel drive comes standard across the model range. Pricing kicks off at $39,183 and tops the lineup at $53,683. My model was a Limited trim level with captain chairs. It stickered for $50,183.

The Evolution Of The Species 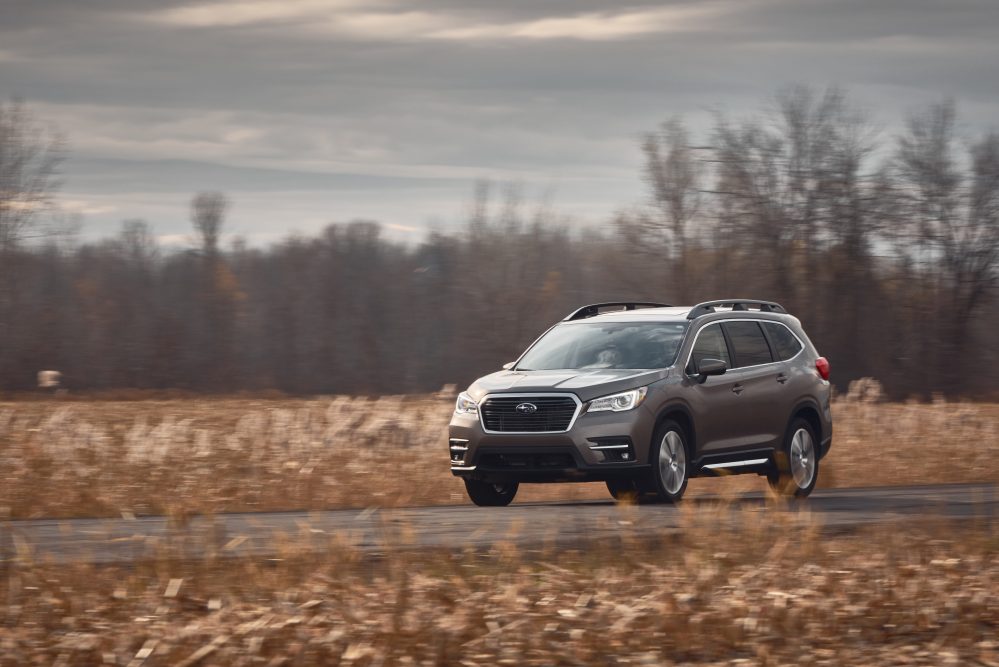 Although the 2021 Subaru Ascent looks like just another crossover – especially in brown – it drives exactly how you’d expect a Subaru to drive. There’s a sure-footed, well-planted feel on the road. It’s light on its feet. Turn in is quick, and on a slipper surface, it’s actually fun to drive. That, of course, is all due to Subaru’s excellent weight distribution caused by its symmetrical all-wheel drive system. You just can’t argue against the Boxer engine’s low center of gravity. This allows the Ascent to be a formidable family companion during a tough winter blizzard. 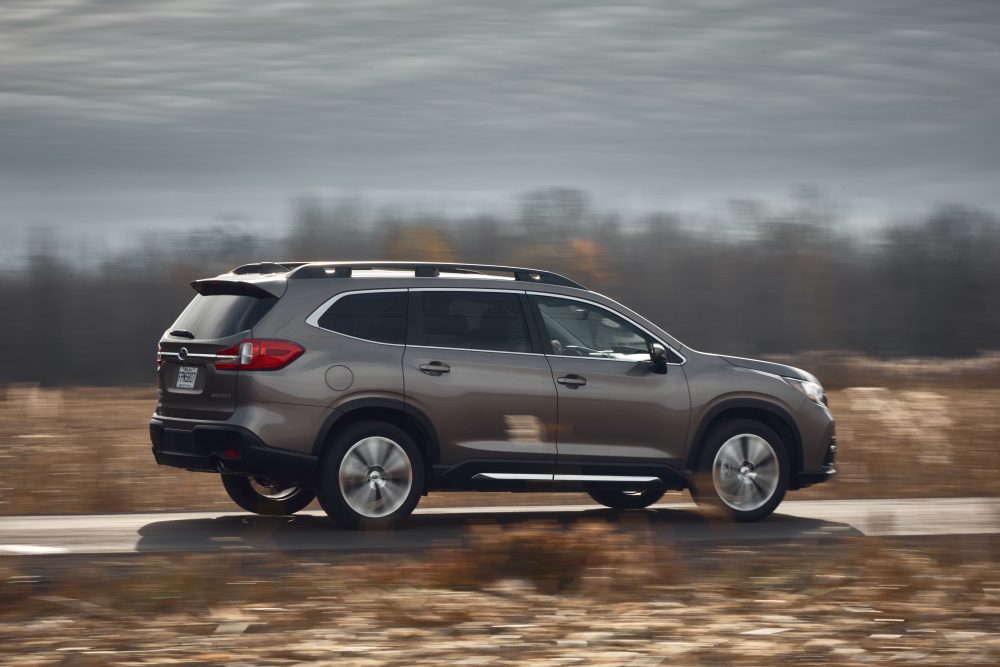 Once that CVT decides to put the power down, and the turbo finishes spooling up, the Ascent exhibits fair but never hair-rising acceleration. It isn’t quick off the line, but pick up during rolling starts is good enough for overtaking or getting you out of trouble. 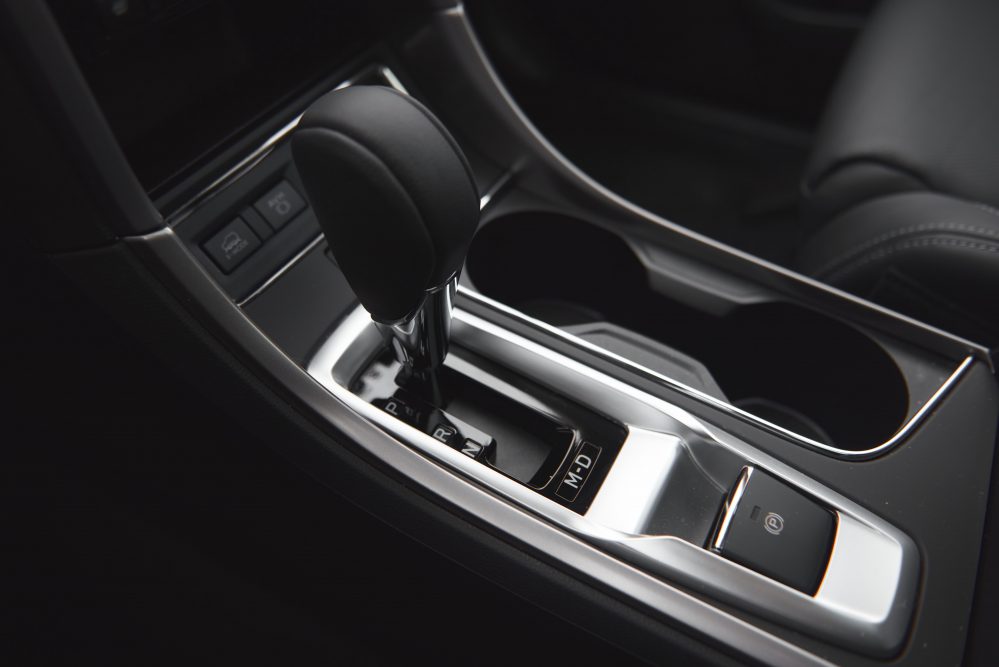 That all being said, I’ve never been a fan of CVTs. But while some carmakers manage to make them not bad (Honda), Subaru’s system has that annoying elastic feel we all hate in these kinds of setups. It also drones during cold starts. To its defense, the gearbox does manage the available power quite well, so there’s that. 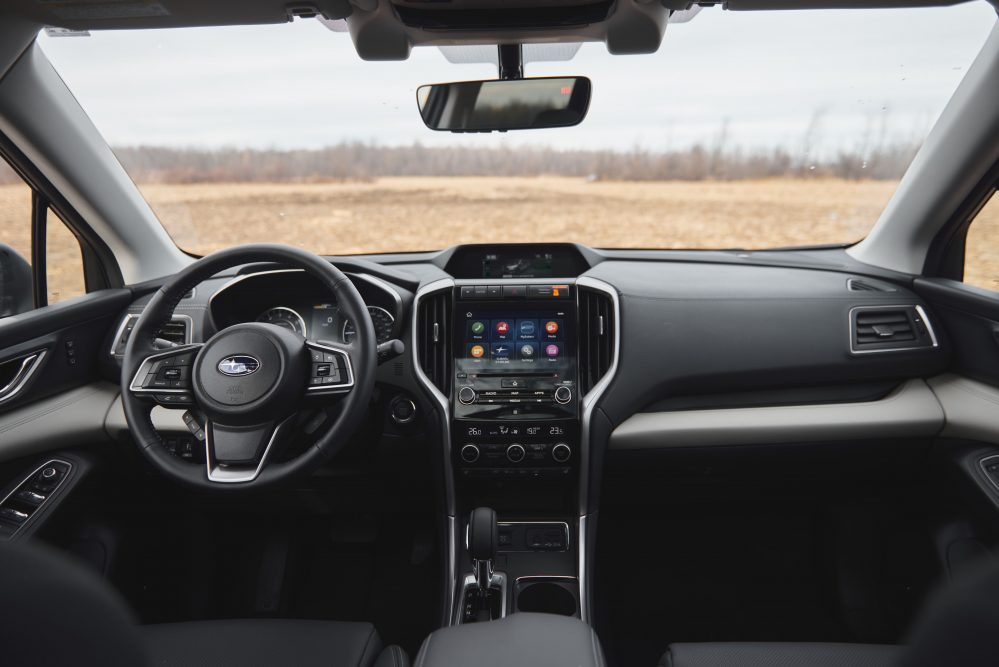 Where the Ascent really shines, is in its ability to be a sublime daily driving family hauler. Its cabin displays impeccable build quality and a rather impressive use of textures and materials. It’s all very functional and utilitarian in there, but it works. The Ascent’s front seats are comfortable and supportive for long rides. And there are storage compartments all over the place. I mean, this thing has a total of 19 cup holders for Christ’s sake. 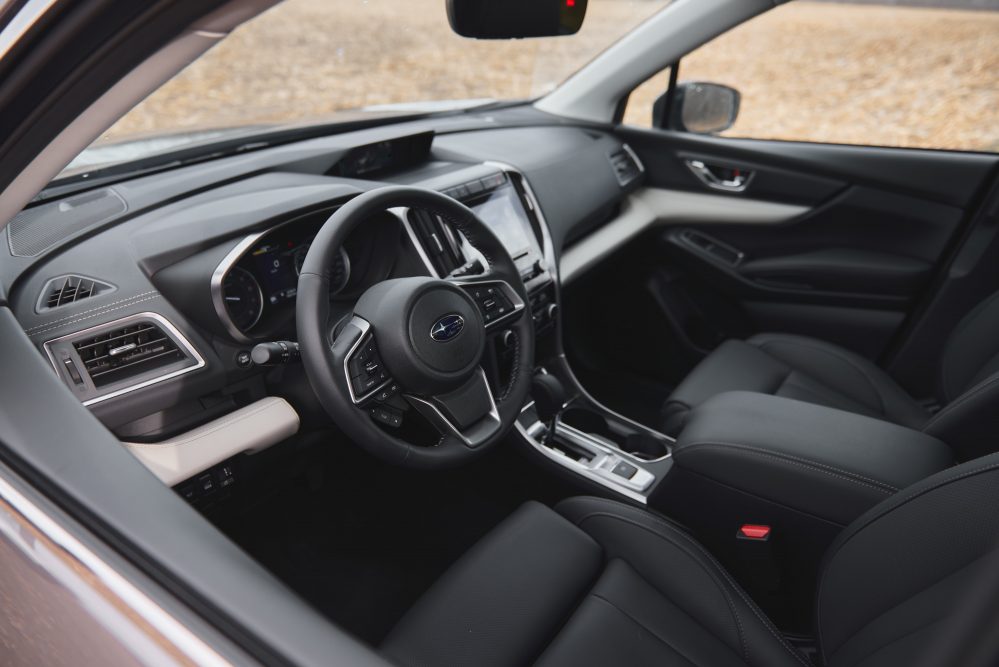 Subaru went through great lengths to turn the Ascent into the quintessential family vehicle. The second row of seats slides out of your way at the touch of a button. Third row access and comfort is better than many of its competitors, and some of the available cup holders were engineered with a baby’s seat in mind. Subaru’s infotainment system is also as simple and functional as the rest of its cabin. Icons are large and clear, the software responds quickly to your commands and connecting your phone to your Android Auto or Apple CarPlay gets done within seconds. 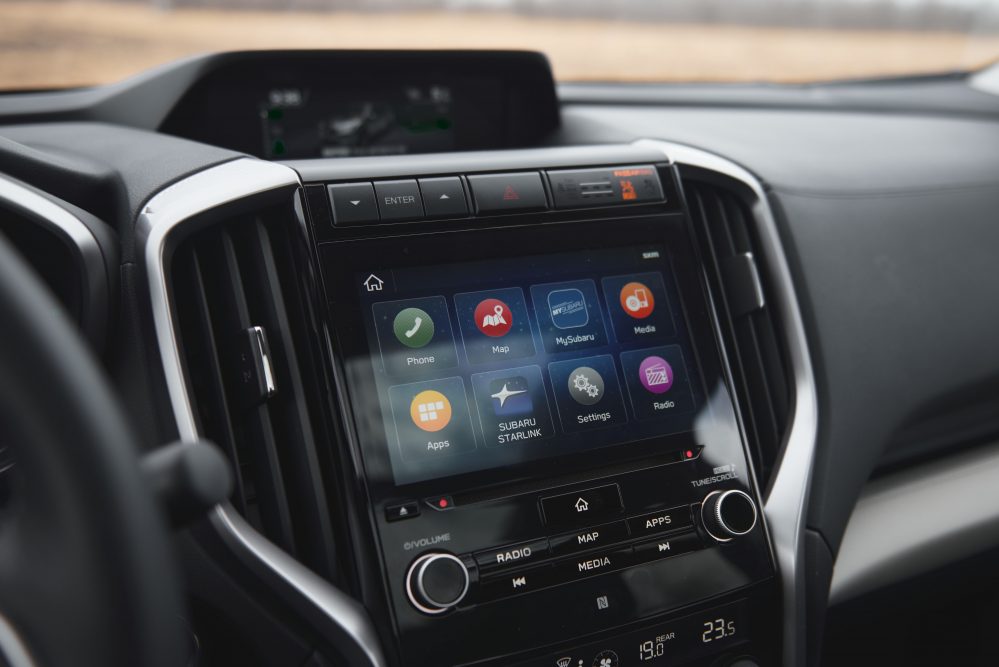 But there’s just not the same level of technology here as in, say, a Ford Explorer or even a Kia Telluride. Subaru does however seem to get semi-autonomous safety features better than the competition. When the Eyesight system decides to work (it often shuts off when it’s either raining or snowing), it manages to keep this crossover nice and straight between the lines without slamming on the brakes when someone slithers their way in front of you. But it’s also immensely intrusive and could have you flicker the off switch quicker than you think. 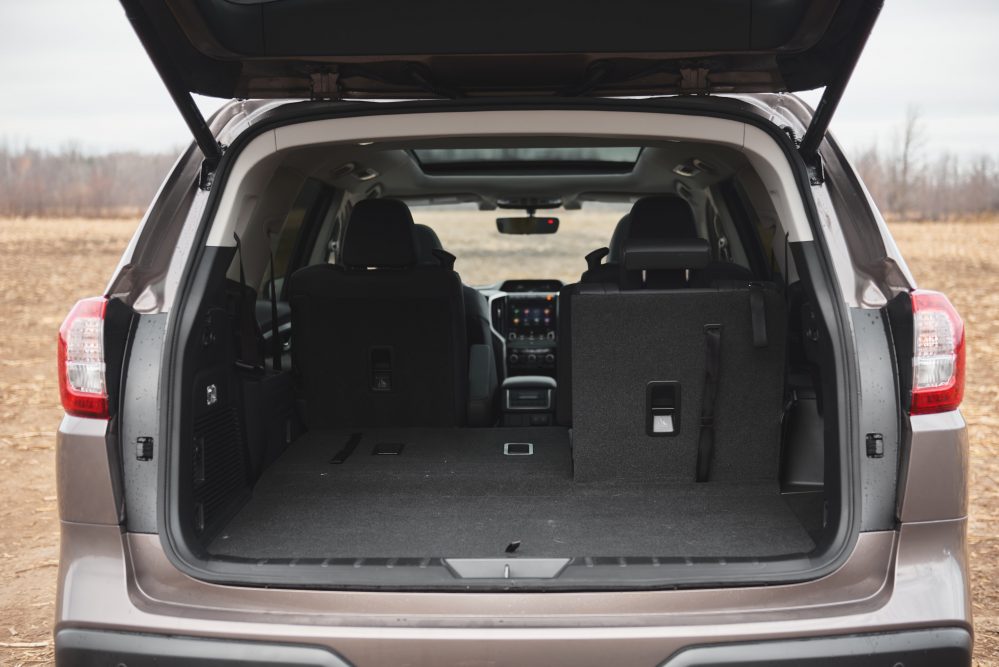 As for cargo space, the Ascent secures itself a spot at the top of the segment with up to 2,336 liter of total space (when all seats are folded flat). That’s a tad better than a Honda Pilot (2 375 liters) but still behind segment leaders like the Kia Telluride (2,463 liters) and the Volkswagen Atlas (2,741 liters). 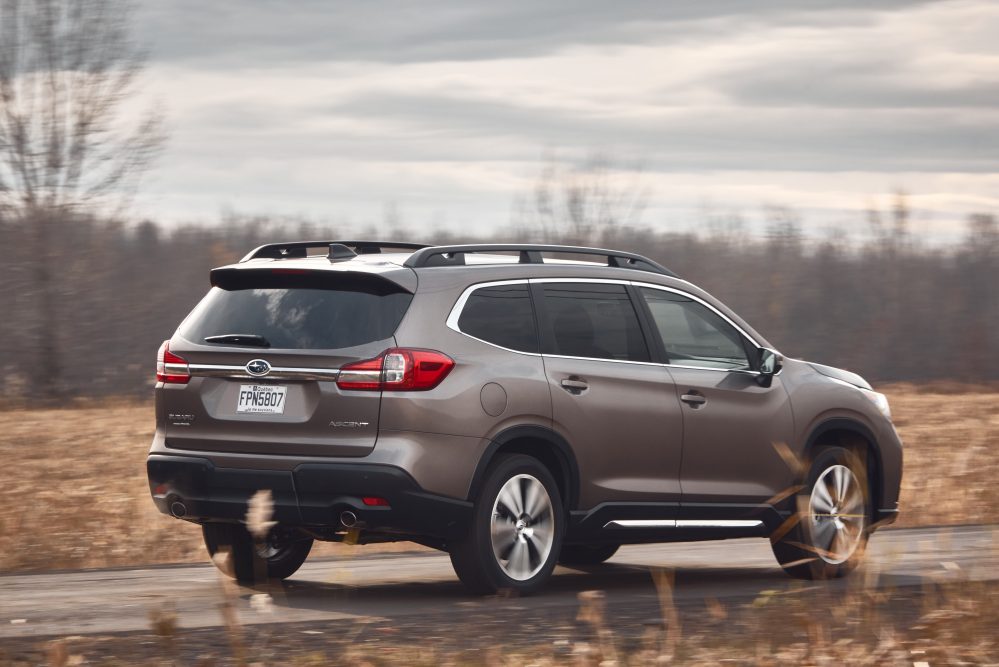 The 2021 Subaru Ascent simply ticks off all the right boxes for a midsize sport utility vehicle. It’s large, agile on slippery surfaces, offers plenty of room for your kids and it’ll even tow a small boat. Personally, I’d say if towing is your priority, aim for a V6-powered alternative for lower maintenance costs and overall reliability. But if toeing isn’t your thing and you’ve always enjoyed the driving feel of a Subaru, but now have a family to haul around, the Ascent manages to blend all of that in a brilliant crossover package.