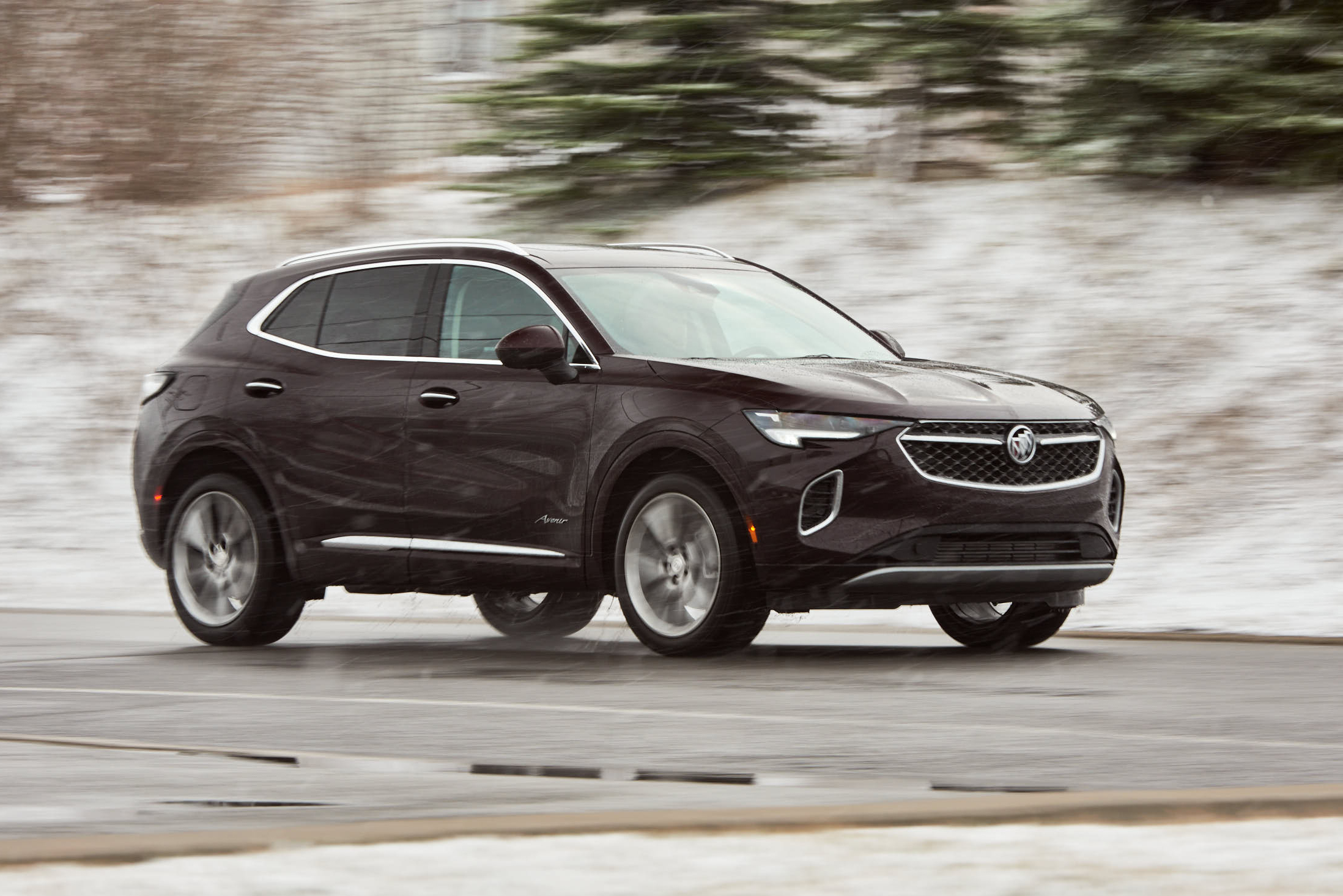 I wouldn’t blame you for forgetting that the 2021 Buick Envision still exists. I mean, when thinking about a compact luxury SUV, you’ll probably have an Audi Q5, a BMW X3 or even a Mercedes-Benz GLC in mind. And if you can’t afford those, you’ll probably default back to an Acura RDX. What, a Buick Envision doesn’t come to mind? I don’t blame you. Buick would like to change that with this all-new model. But does it work? 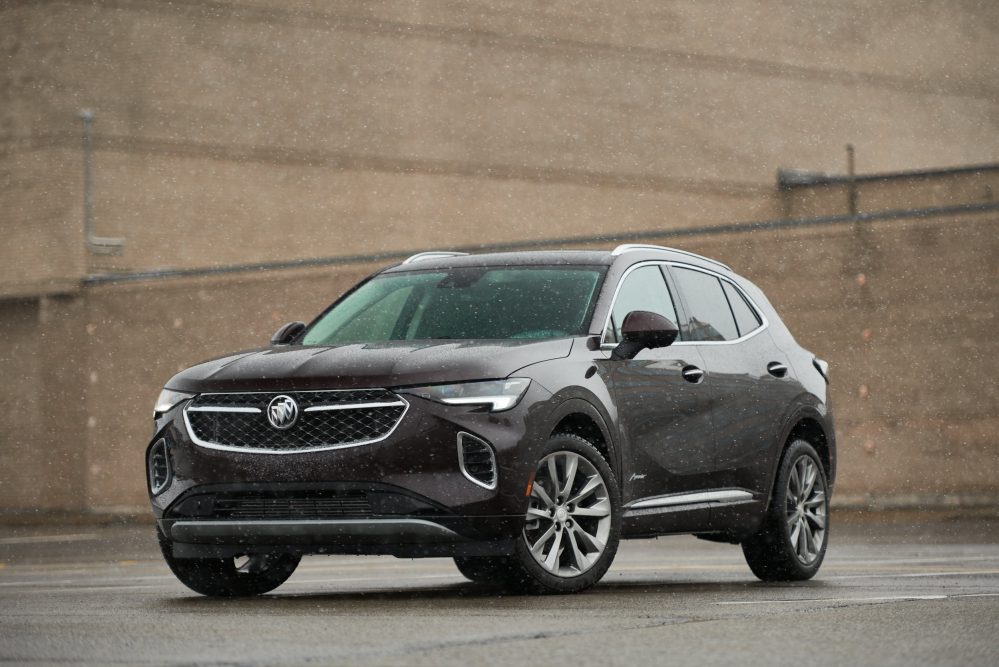 The thing is, when observed alone, there isn’t anything really wrong with the 2021 Buick Envision. It even looks quite good. Its problem is that it’s facing a lot of really good rivals. If Buick wants people to care, it really needs to hit the segment hard. Sadly, it doesn’t. But before I go into the specifics, allow me to give you a crash course on this heavily overhauled version. 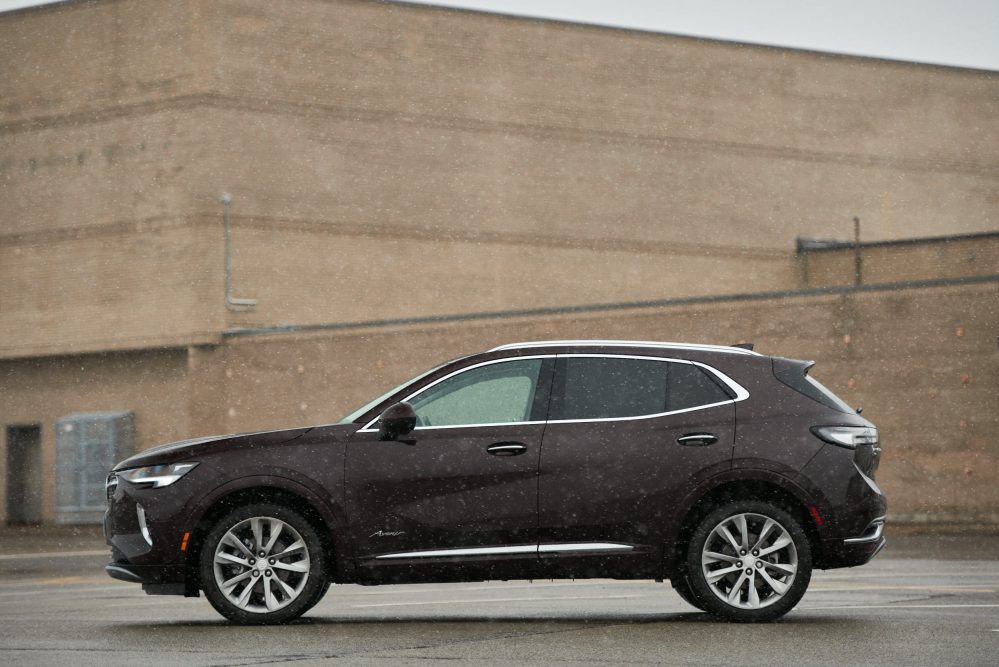 For starters, it looks and feels a lot more grown up than the model it replaces, which is a good thing if you’re trying to sell a premium product. The new Envision shares a platform with the Cadillac XT5, as well as an engine. In this case it’s GM’s turbocharged 2.0-liter four-cylinder good for 228 horsepower and 258 lb-ft of torque. It’s mated to a nine-speed automatic gearbox, and available with either front or all-wheel drive.

Sadly, there are no other engine options, a crucial feature in this category. Sure, an RDX also has one engine choice, but it makes about 50 horsepower more than this. 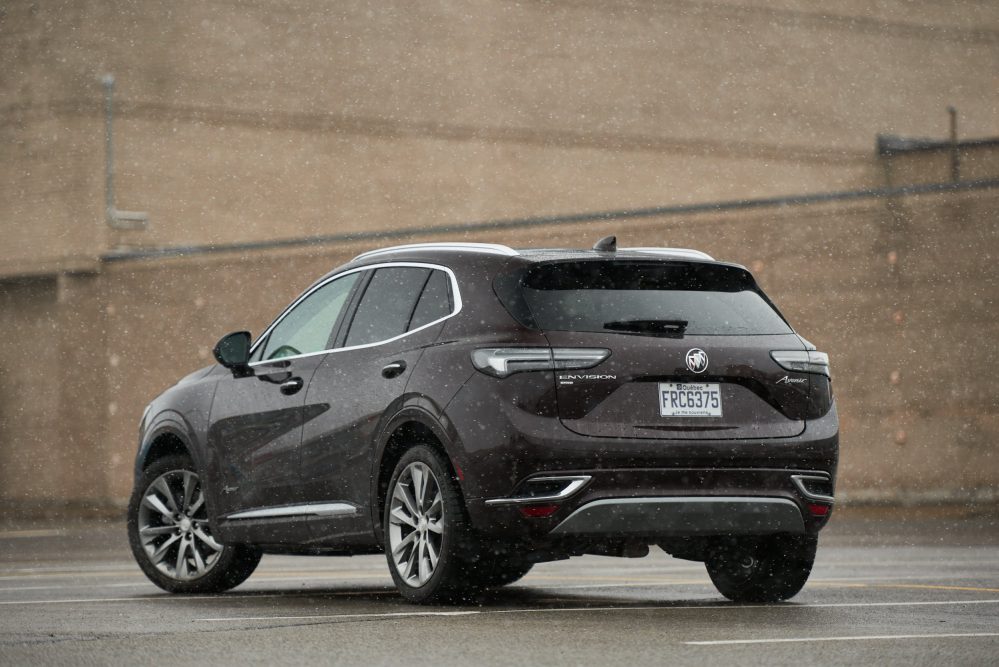 Built in China where it sells as a mainstream model, the new Envision is offered here at more affordable price point than competing premium crossovers. For instance, a base, front-wheel drive Preferred model kicks off at $38,248, which undercuts pretty much anything in this segment. My model was an Envision Avenir with all-wheel drive, which stands for Buick’s high-end trim. It adds fancier design elements, plushier seats and a more upscale cabin trim. It stickers for a range-topping $49,388. 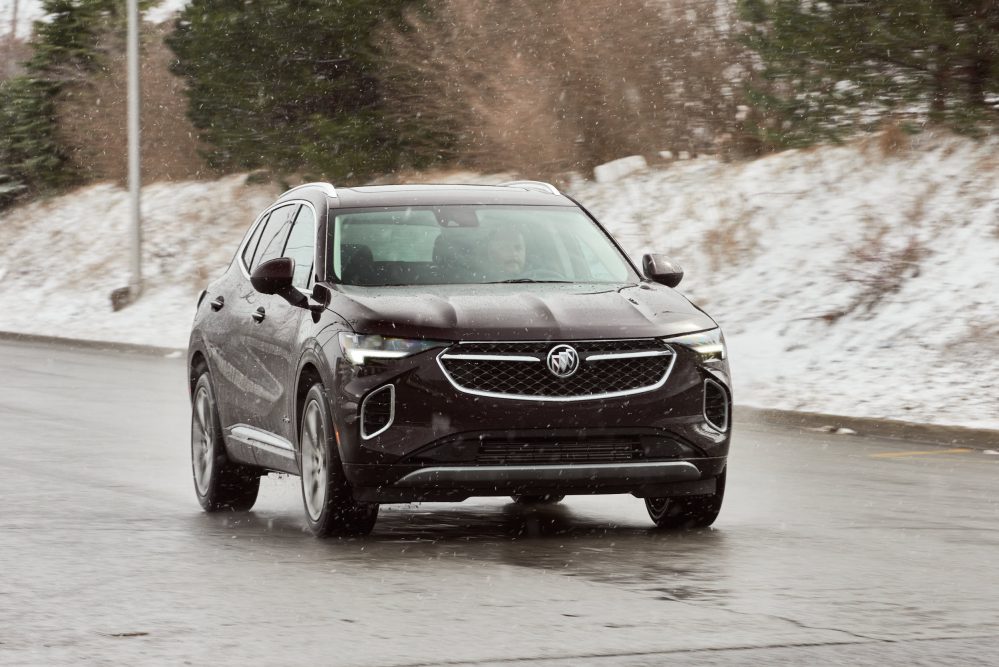 The 2021 Buick Envision isn’t as engaging to drive as its European or even Japanese rivals. Instead, it focuses on smooth and laid back driving dynamics. In that respect, its grown up road manners give it a somewhat premium feel, but at the end of the day, it still feels like a fancier Chevrolet instead of an actual luxury item. 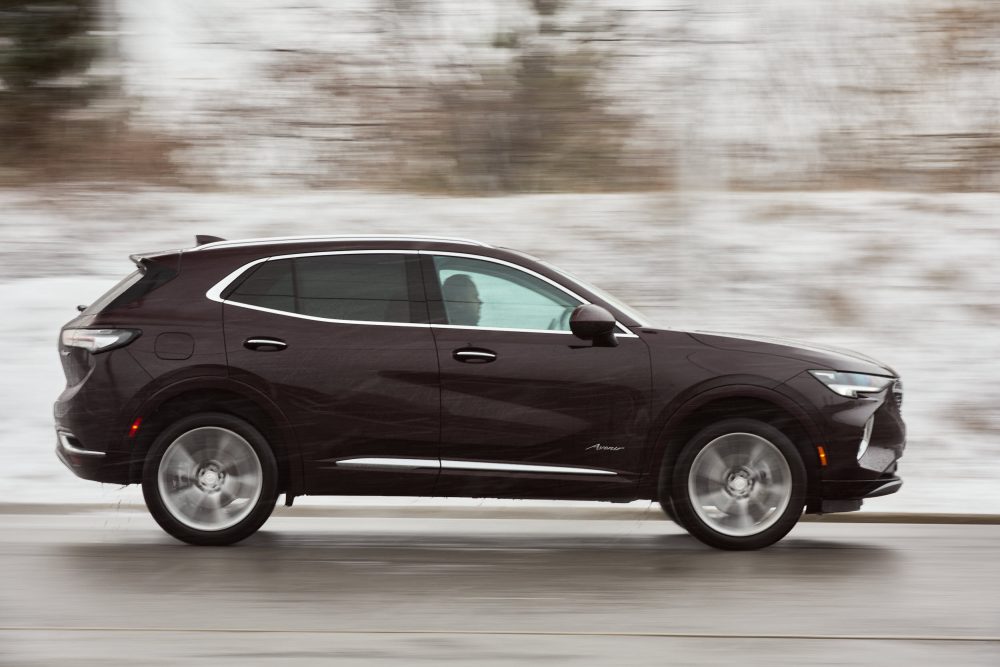 What I find particularly odd about the way the Envision drives is that while it’s essentially the same vehicle as an XT5 under the sheet metal, the chassis and suspension tuning isn’t as polished. The Envision never handles particularly well. Body roll is high, its tires chirp easily when hitting a street corner too fast, and although it’s equipped with Buick’s Continuous Damping Control adaptive suspension, it always feels soft and clumsy, even when it’s set to Sport mode. 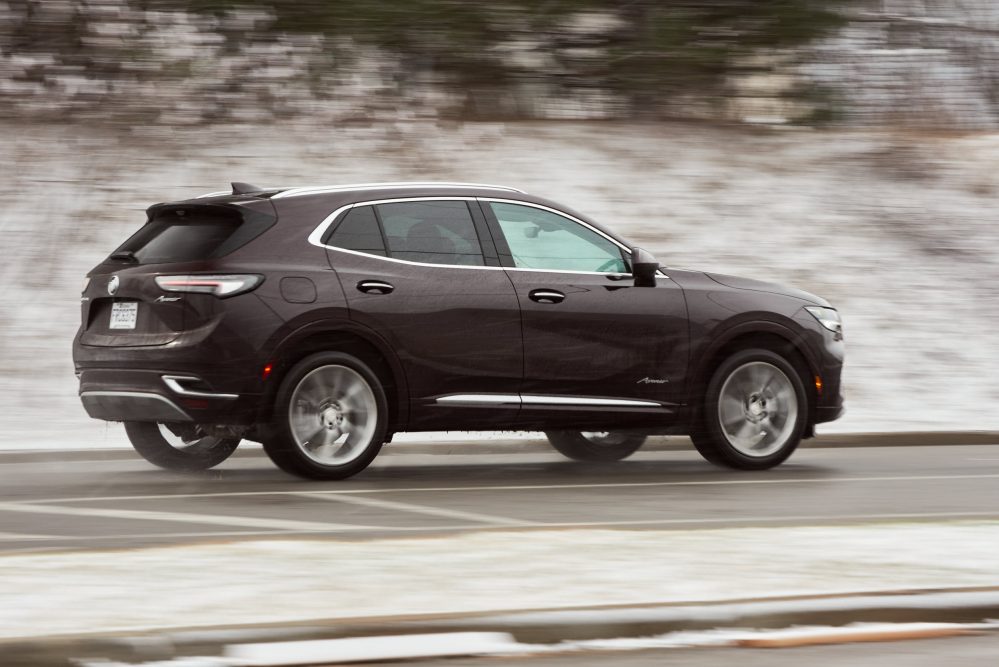 And while that turbocharged engine remains smooth during casual driving, it really feels underpowered at full throttle. It’s a good thing it’s connected to one of the best automatic transmissions in the business or else it wouldn’t know how to carry this handsome body around. It also doesn’t sound particularly good. “Zingy” would be the best way to describe how it sounds. 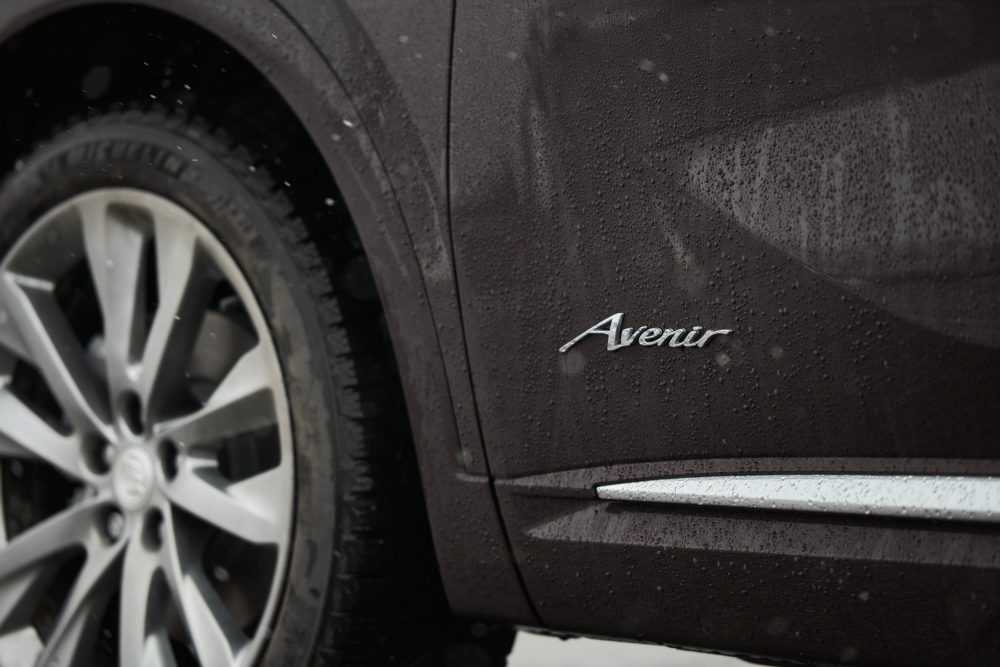 Perhaps even more alarming is that a similarly priced Cadillac XT4 – which sits in a smaller category then this Envision – has much more engaging driving dynamics. As a matter of fact, the moment you start driving the Envision, you sense that even General Motors doesn’t know what to do with Buick. It feels like a half-assed job, proof that the brand cares more about pleasing the Chinese market than its own turf. 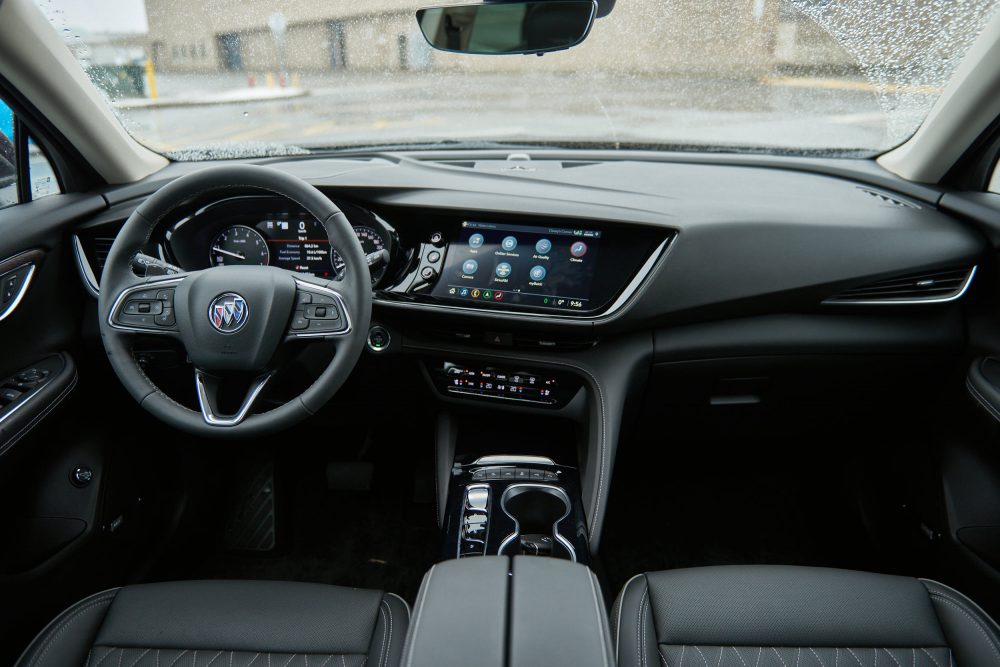 And it’s the same story inside: the Envision has a well put together interior, but the Avenir spec does very little to impress. The seats look and feel fantastic – I’ll give them that -, but there are cheap feeling materials in the lower sections of the cabin, some tacky wood trim in the door panels, and smudgy piano black plastics covering pretty much everything on the center console. 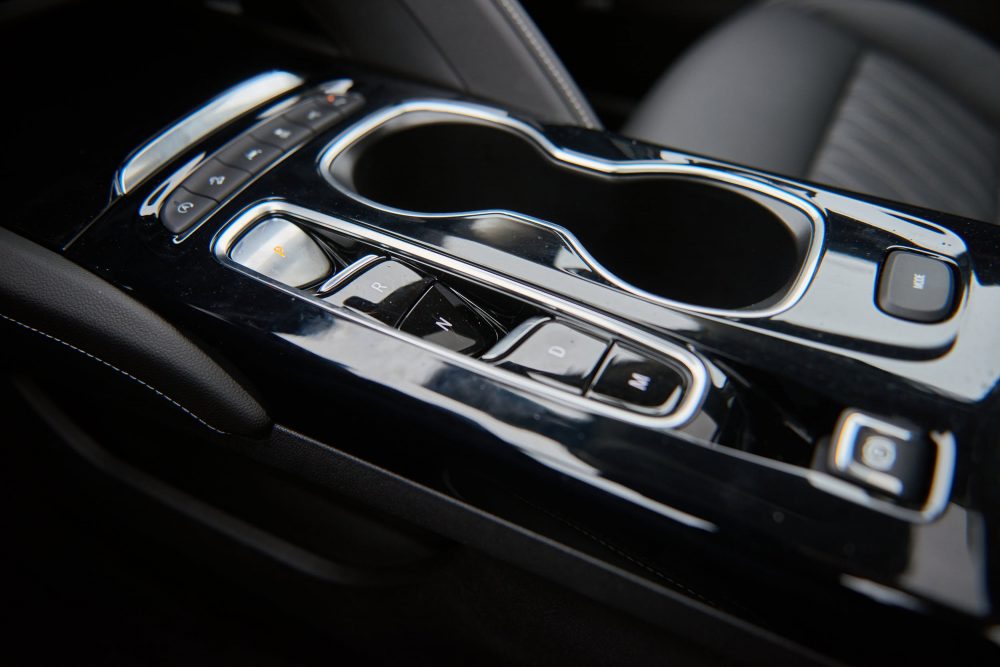 There are ergonomic issues as well, such as a steering wheel that’s too close to the driver, resulting in a weird driving position. The infotainment system’s volume knob is also oddly placed, forcing you to reach behind the steering wheel to operate it. And I get why Buick defaulted to buttons instead of an actual gear lever for the transmission. It adds a handy storage compartment underneath. But those buttons have an unintuitive design and are downright a mess to use. 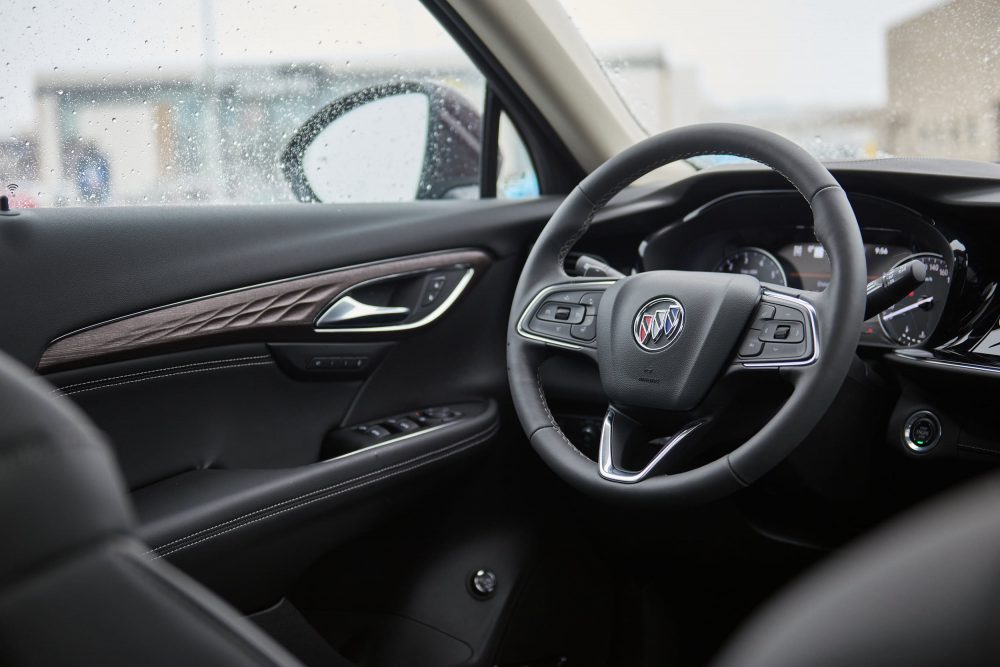 There is, however, some hope. The 10.2-inch infotainment screen – while oddly tilted towards the driver and upright towards the sky, leading to annoying reflections -, works with utmost accuracy and speed. This has always been a GM strongpoint, and the Envision continues in that spirit. 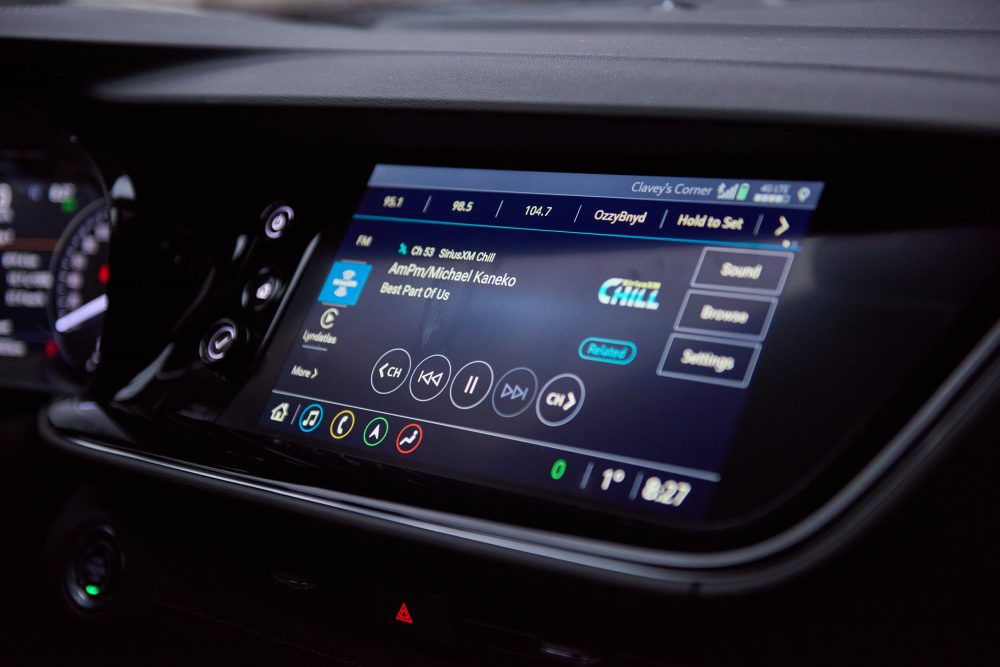 Menus are clear, the information is easy to find and there’s a slew of handy technology, like wireless Android Auto and Apple CarPlay, and even an air quality meter. A gimmick, yes, but a cool one. The Envision’s all-wheel drive system is also fitted with GM’s clever dual-clutch system which allows you to manually deactivate it to save fuel. 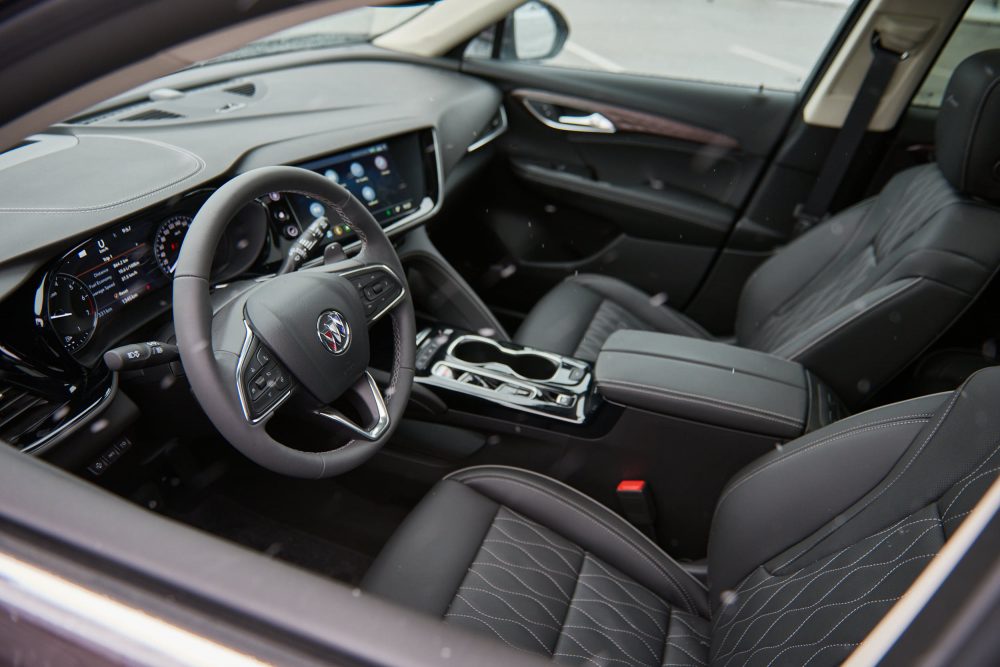 Rear seat room is also class-leading, with ample head and leg room and an adequate amount of comfort from the seats. Total cargo space is however on the small side with 1,492 liters of maximum space. This puts the Envision behind an Acura RDX (1,667 liters), but also an Audi Q5 (1,503 liters). Only a Mercedes GLC is less practical (1,149 liters) than this Buick. 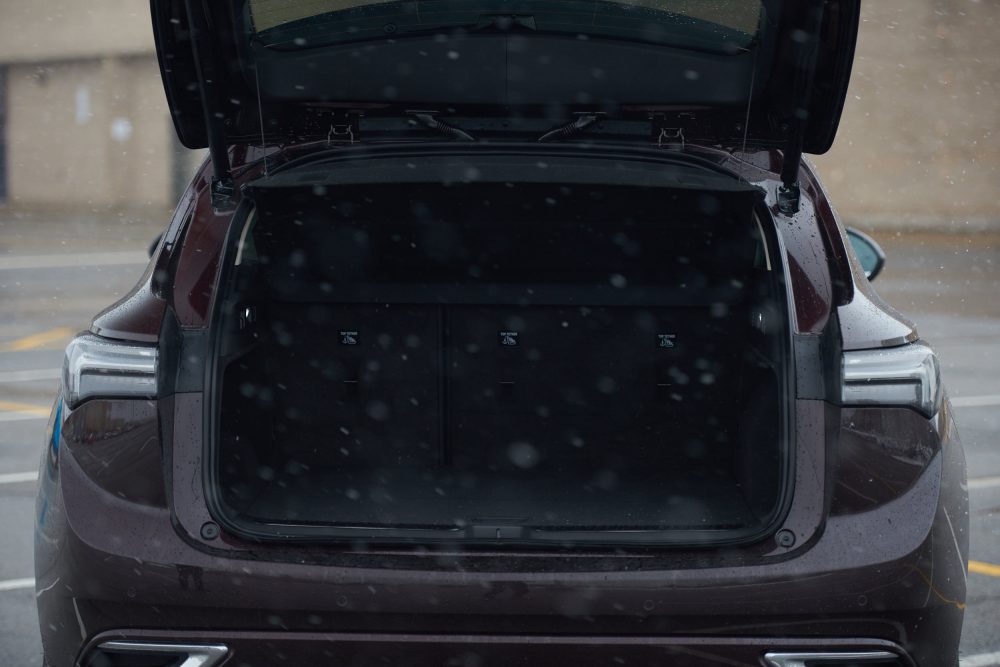 If you buy a 2021 Buick Envision you won’t be making a mistake. The price is decent, the level of standard equipment is high and the vehicle itself looks good while remaining comfortable and spacious. Its drivetrain has also proven rather solid in other GM vehicles, and Buick’s reliability rating somehow manages to remain above average. 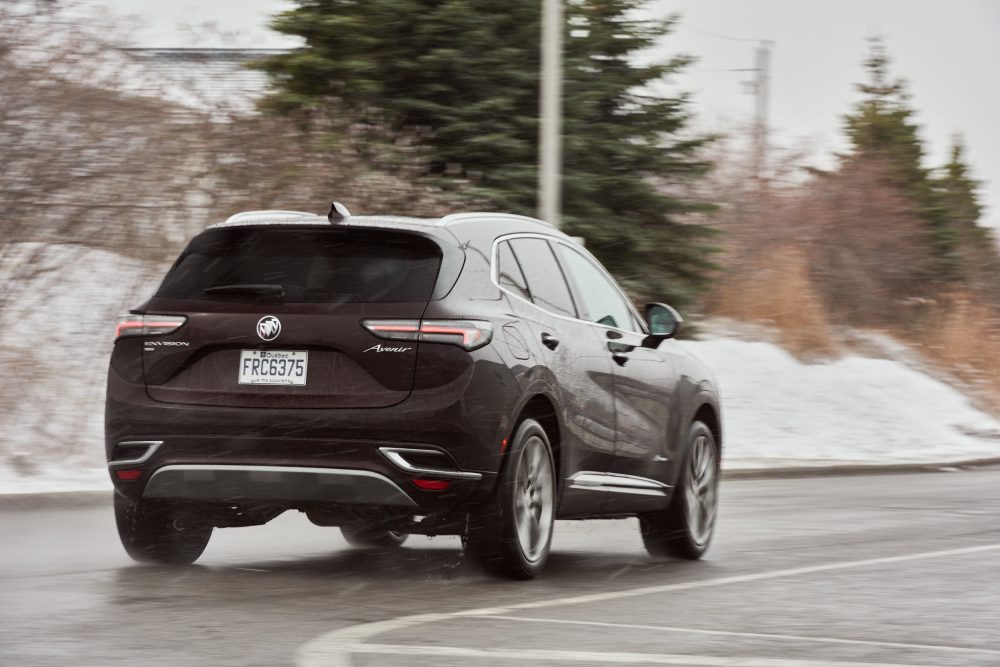 But if you happen to shop around before buying, which I highly recommend you do, you’ll quickly realize that paying a bit more for something German or even Japanese will grant you a lot more luxury SUV. What’s even sadder for this Buick is that General Motors itself will sell you a better accomplished equivalent in the Cadillac showroom.