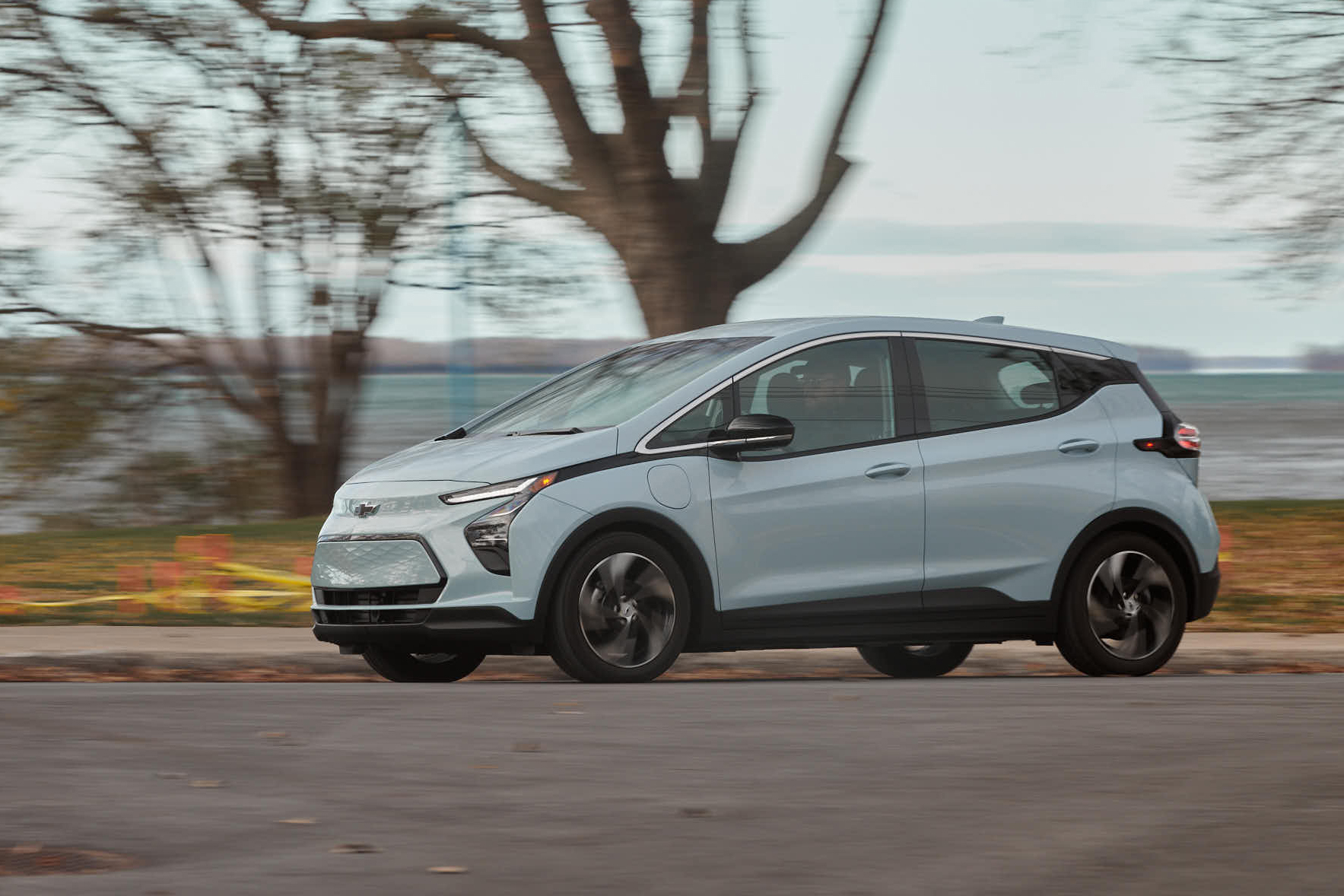 The 2022 Chevrolet Bolt EV is not long for this world. While, yes, Chevrolet gave it a mid-cycle refresh this year, it will soon phase it out in favor of a new generation of  Ultium-based vehicles. And that’s a bit sad, because I’ve always been a big fan of the Bolt EV. The facelift simply gave this cutie pie more endearing qualities.

The Elephant Battery In The Room 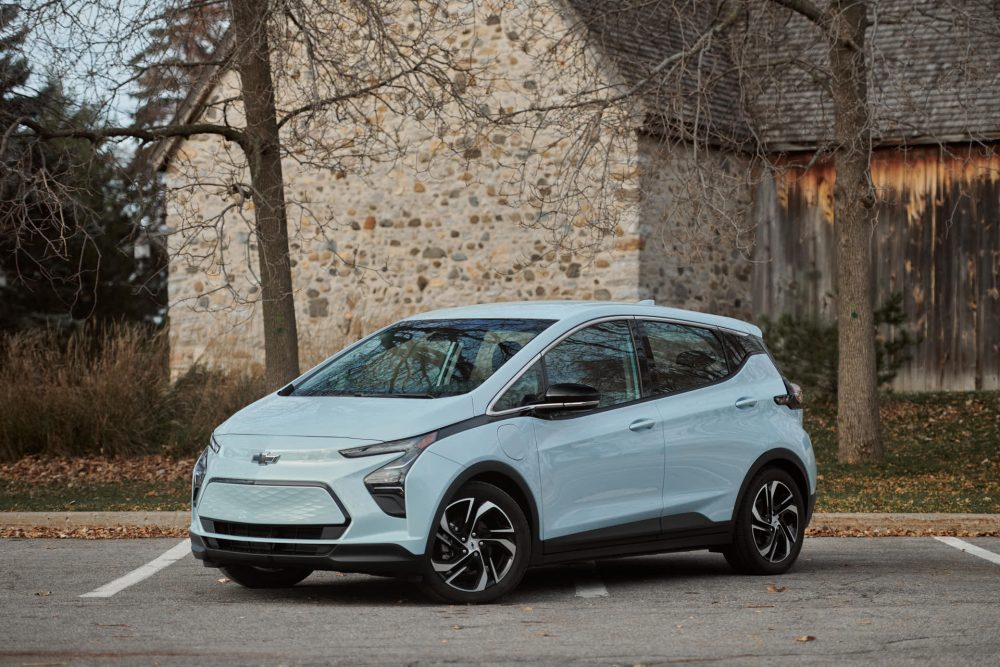 Of course, I can’t talk about the 2022 Chevrolet Bolt EV without mentioning the dreaded battery recall that forced GM to stop sales and production until it found a fix. For over a year, it was impossible to buy a Bolt EV due to the possibility that the battery could catch fire while charging. Indeed, the Bolt – along with the Hyundai Kona Electric – was that electric car you’d hear about that would “set houses on fire”. The problem came from a defect at the supplier level, in this case LG Chem. GM was forced to replace the battery, at no cost to the consumer, in all Bolt EVs, including those that had been on the road since 2017. 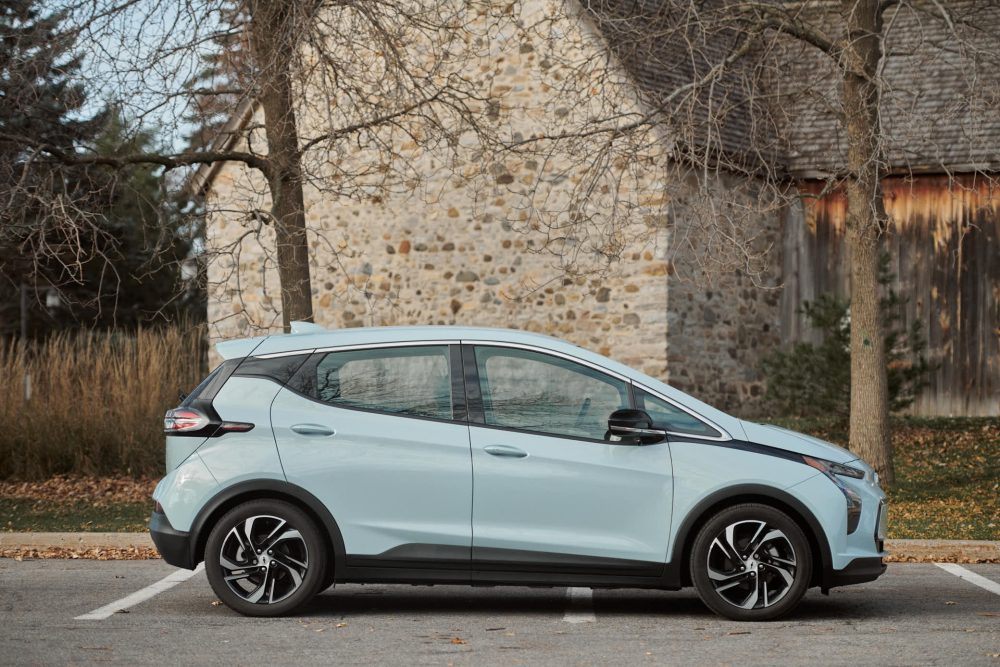 Of course, that recall prevented me and other automotive journalists to actually sample the changes Chevrolet brought to the car for the 2022 model year. Funny story: I was literally on my way to the GM press office to pick up the Bolt EV press car when my local Chevrolet representative called me to tell me the cars were being grounded.

So, here I am a year later driving the heavily updated Bolt and, I must say, it still feels wonderfully fresh even 6 years into its lifecycle. I’ll get back to the driving experience in a bit though. What you need to know is that mechanically, the car is identical. The update mostly affects the car’s overall design which looks a lot more futuristic now. I quite like it! The Bolt is still very much a narrow and upright sub-compact car, so it still looks sorta weird on the road. 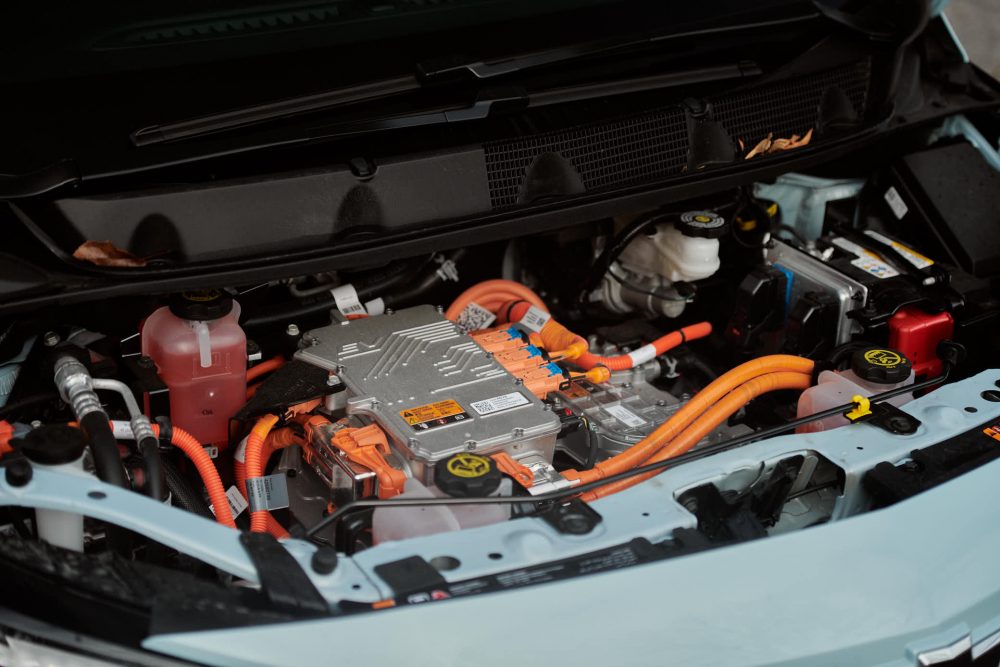 Powering this dinky looking EV is a 288-cell, liquid-cooled lithium-ion battery pack with a 66.0-kWh capacity. It powers a single front-mounted electric motor that pumps out 150 kW or the equivalent of 200 horsepower and 266 lb-ft of torque. Range is still rated at 417 km according to Natural Resources Canada. Sadly, the charging power is dead low at 55 kW on a compatible fast charger. That’s pretty much the only area where the Bolt shows its age. 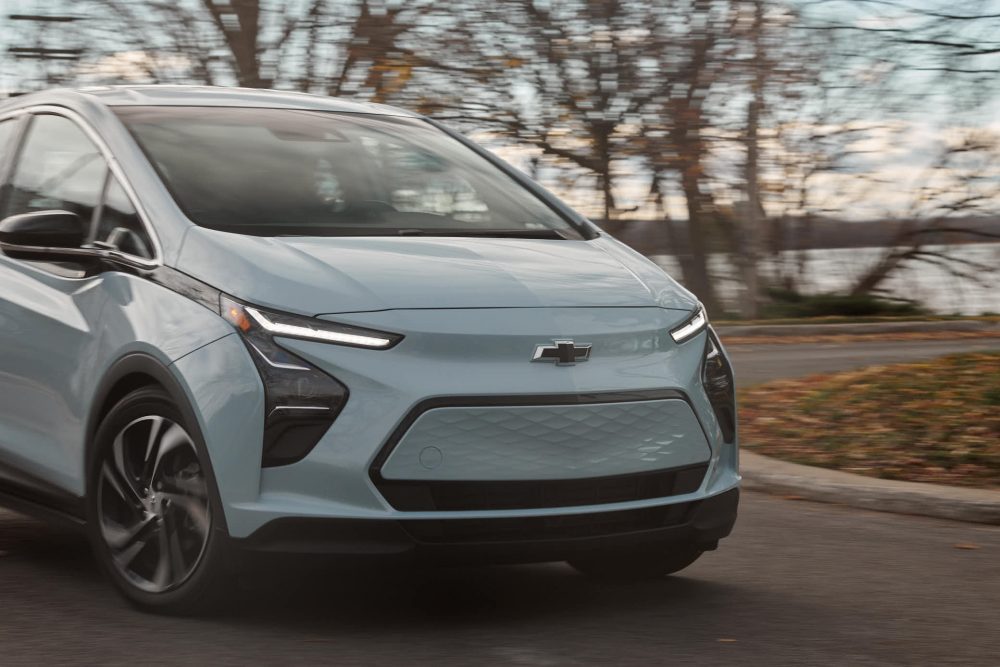 The other big change is the Bolt EV’s pricing strategy. It’s now one hell of a bargain with its $38,198 base price. Here in Quebec, where EV incentives are plenty, you get a full $12,000 off the final sticker price. This means a Bolt EV comes out to about the same price as a well-equipped Honda Civic. 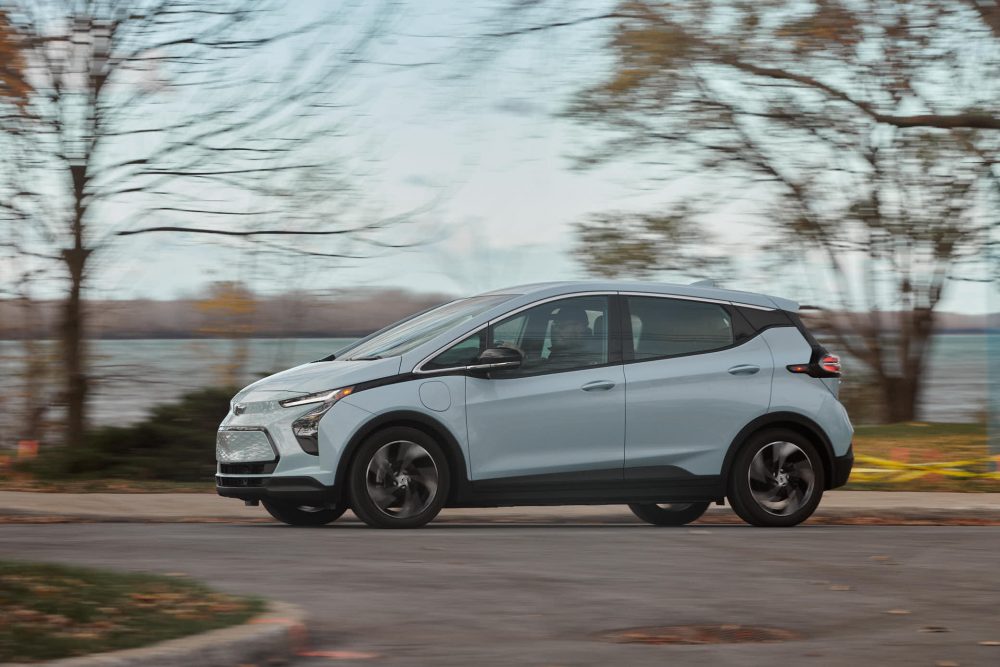 One of the reasons I’ve always loved the Bolt EV was that although it looks inoffensive, it’s highly capable and tremendous fun to drive. I mean, when you look at this thing’s 6.7-second 0-100 km/h acceleration time, it’s kind of in the same league as gasoline-powered sport compact cars, things like the Honda Civic Si or the Volkswagen Golf GTI. 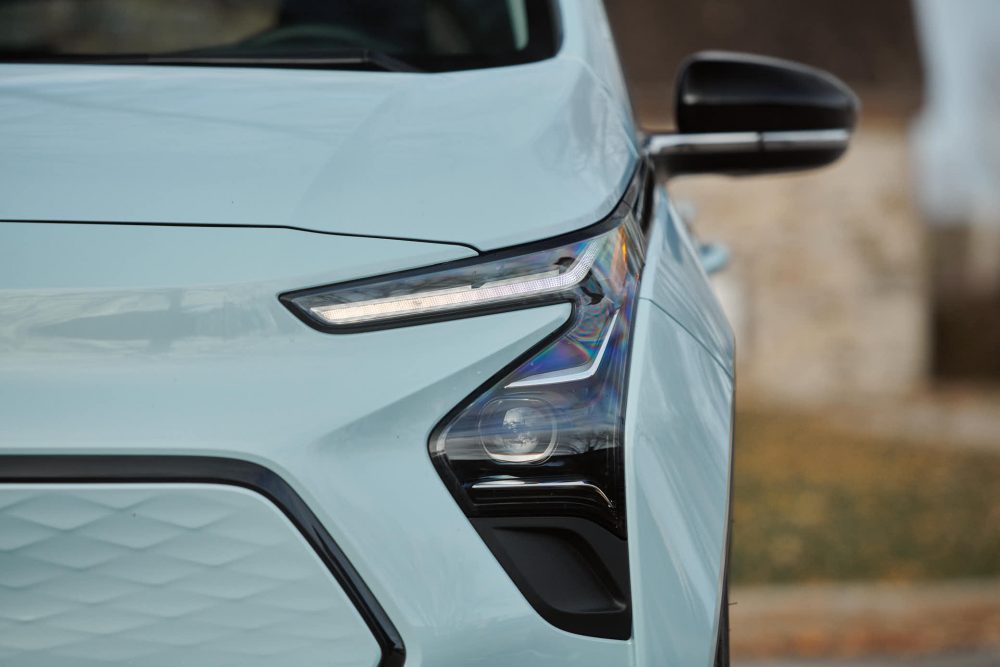 So it’s quick, but it also handles rather well. One of the Bolt’s best qualities is its rock-solid foundation and supremely effective suspension. Drive this thing all-out through a series of cracks and holes in the road – like pretty much everywhere in Montreal – and this little thing simply eats them all up. What’s particularly impressive is how quiet and well put together its cabin is. You never hear any squeaks or rattles in there. It all feels like you’re sitting inside a Cadillac. 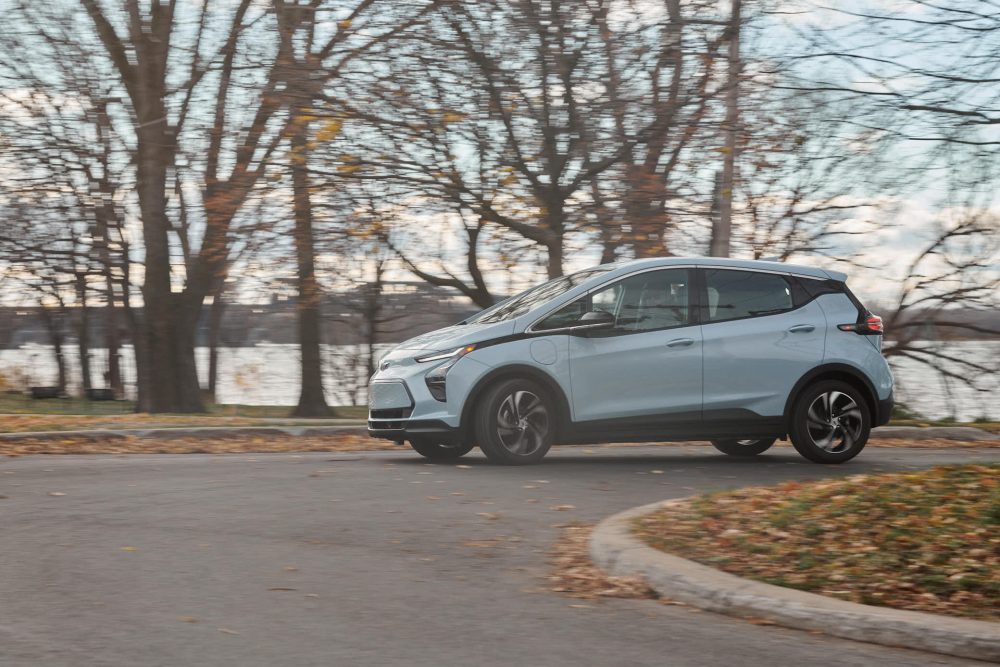 Throw a Bolt EV hard into a corner and all you need to do to slow it down is release the throttle pedal. That’s only if you’ve activated the one pedal driving feature from the new console-mounted button. Older Bolts allowed this by way of a small paddle installed on the left side of the steering wheel. It’s still there, so you can still modulate the car’s regenerative braking yourself. I personally love one pedal driving. 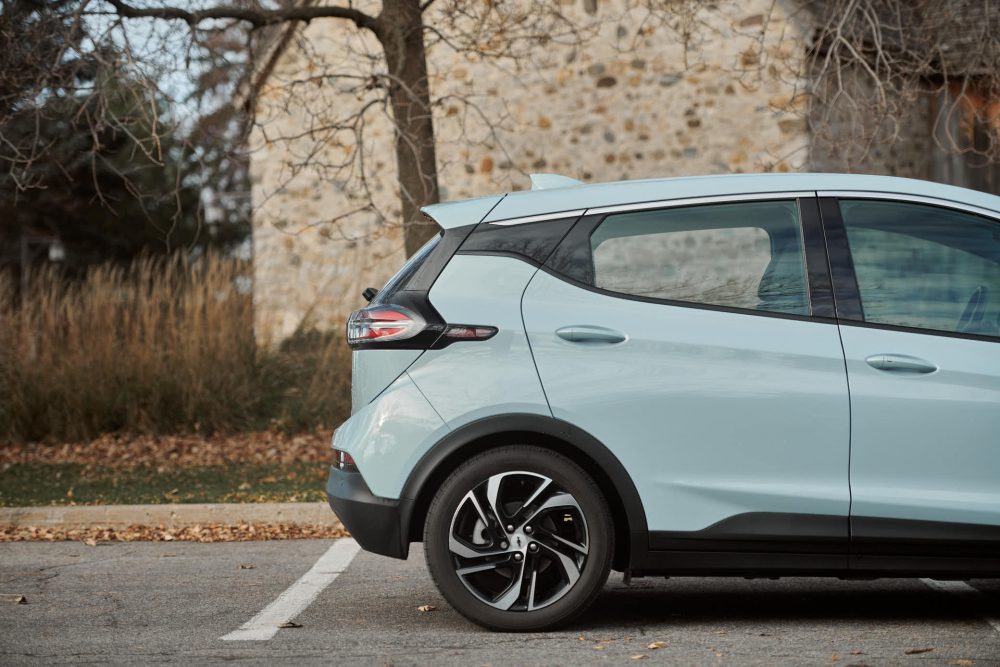 In the Bolt, the level of resistance is strong enough to stop the car. It’s also well tuned to properly slow the car adequately before hitting an apex. Once in the corner, the car’s low center of gravity, caused by the floor-mounted battery pack, leads to a neutral and well-behaved level of stability. The chassis tuning here is terrific. 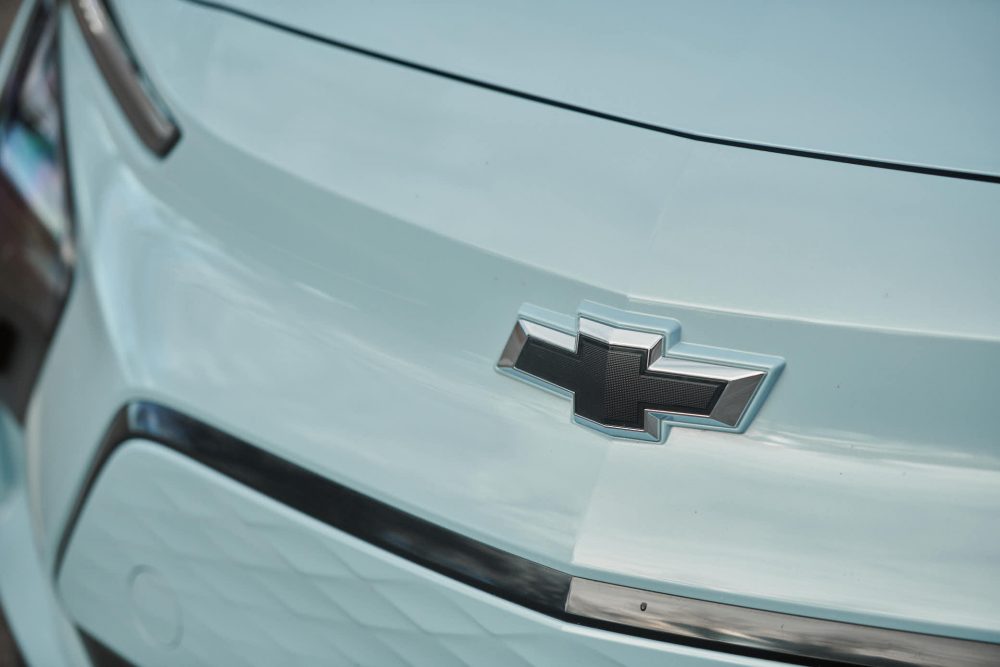 Stomping the throttle when come out of that apex will simply allow the Bolt to scoot forward with no hesitation. For maximum fun, I recommend removing traction control. When you do that, you’d better hold on tight to that steering wheel, because it’s torque steer galore. Yes, the Bolt EV will burnout. It’s huge fun, but perhaps my only complaint with this drivetrain is its lack of available all-wheel drive. 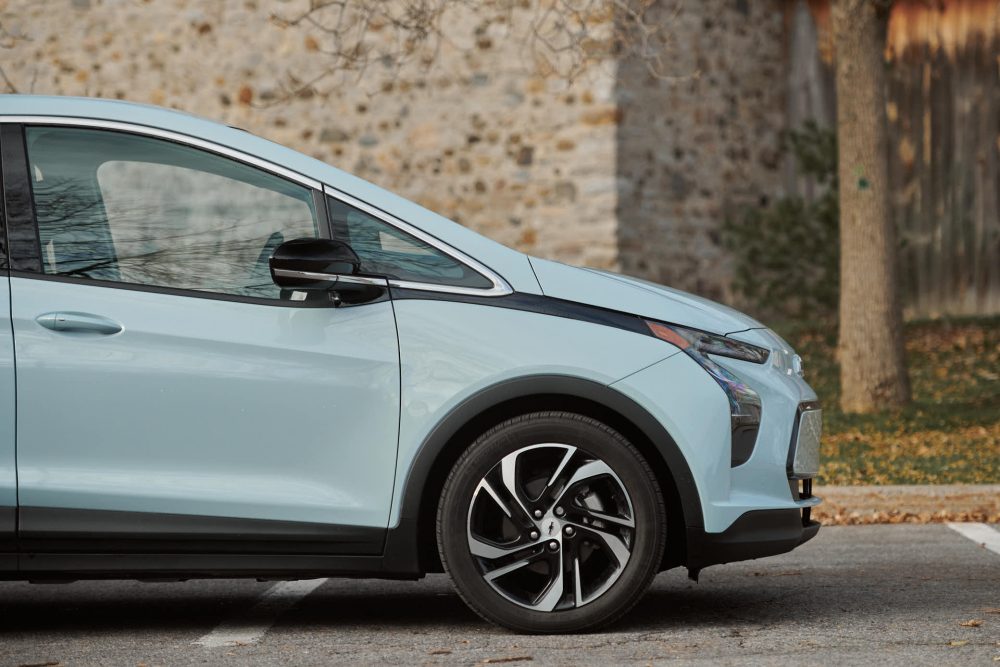 But oh my is this thing supremely efficient, even with dated technology. When I unplugged the car from my 240V level 2 home charger on a cool mid-November morning, the onboard computer told me I had 386 km of range at my disposal. After driving for about 300 km, mostly on the highway (not ideal EV conditions),  I recorded a consumption average of 19.6 kWh/100 km. This translates to an average real-world range of 337 km. That’s totally decent considering the kinds of temperatures I was driving the car in. 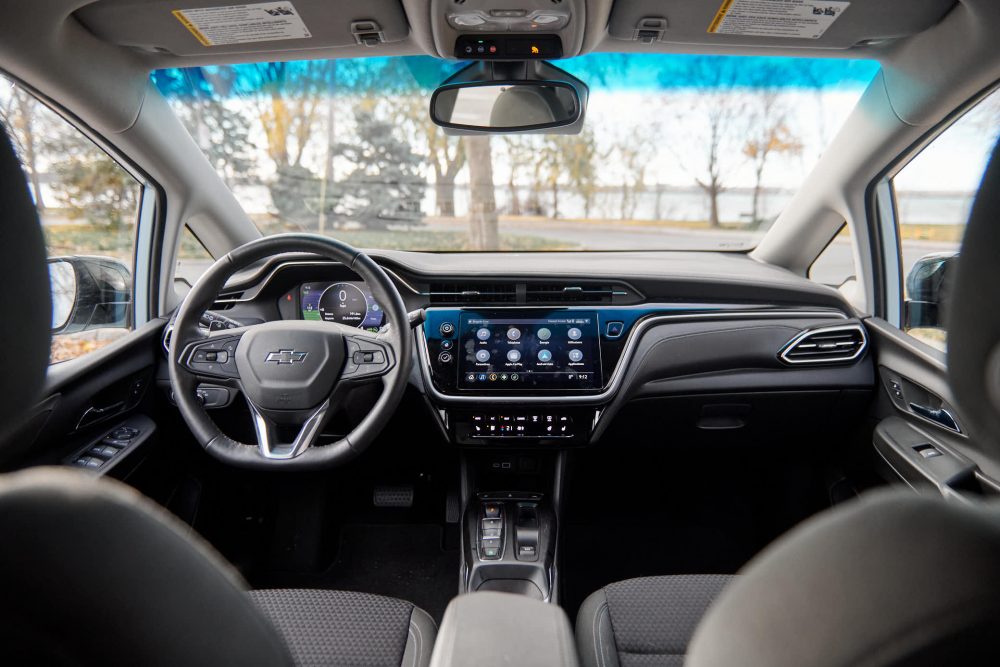 Of course, the Bolt EV was never meant to be a luxury car, but GM worked hard at improving the old Bolt’s fucking awful interior. It used to be loaded with cheap plastics and seats that appeared to have been made out of concrete. The new ones are considerably more comfortable and supportive and while the general dashboard design is the same as before, material quality is greatly improved. 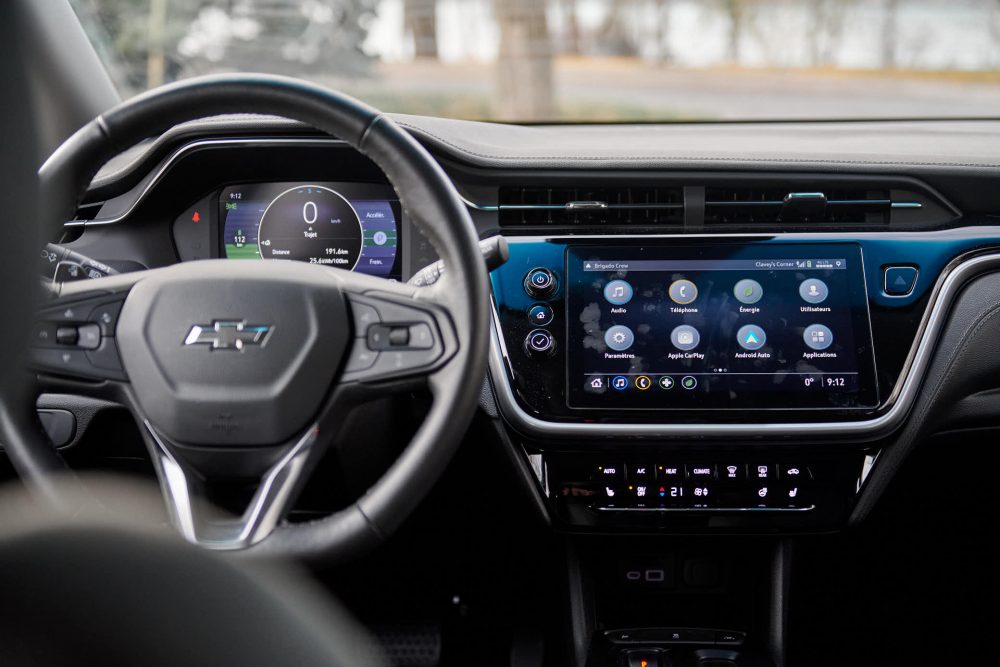 The main difference now is the entire center stack and center console layout. HVAC controls are now lined up in a piano-style setup of physical buttons. It all looks and feels a lot more upscale. 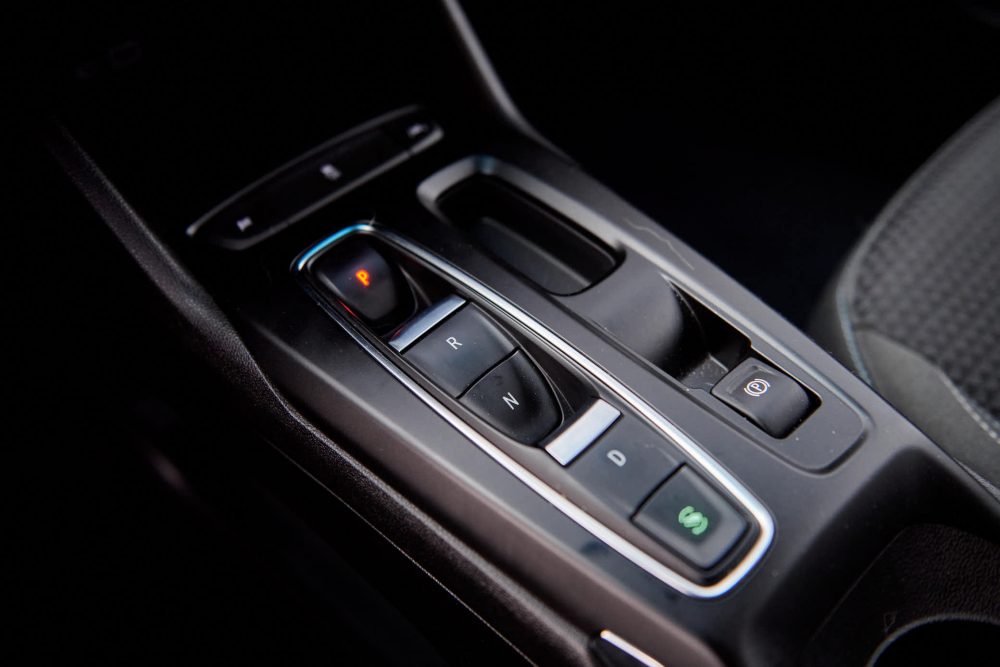 Chevrolet also repositioned the cell-phone holder. It’s no longer a weird vertical  pocket, but an actually tray with USB connections and available wireless charging. Gone is the old gear lever. It’s been replaced by buttons, which makes a lot more sense in an EV. That all being said, I do wish the Bolt was a bit more spacious out the rear. It’s not the best fit if you’ve got, for instance, kids to carry around. 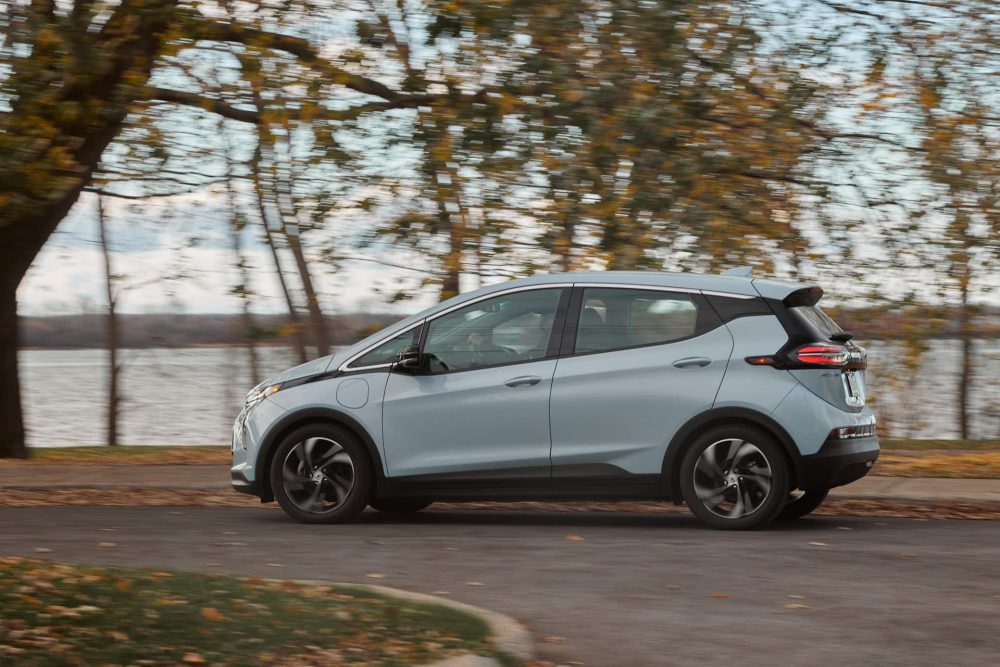 It’s still unclear when production of the 2022 Chevrolet Bolt EV will end, but it’s coming. So if you’re looking for a straight forward and affordable electric car that’s still remarkably competitive in today’s market, get this. Or should I say, reserve one, because delays are still quite high for a Bolt. Oh, and when you leave that dealership, why don’t you do me favor by laying a big fat patch on your way out. You know, for shits and giggles.