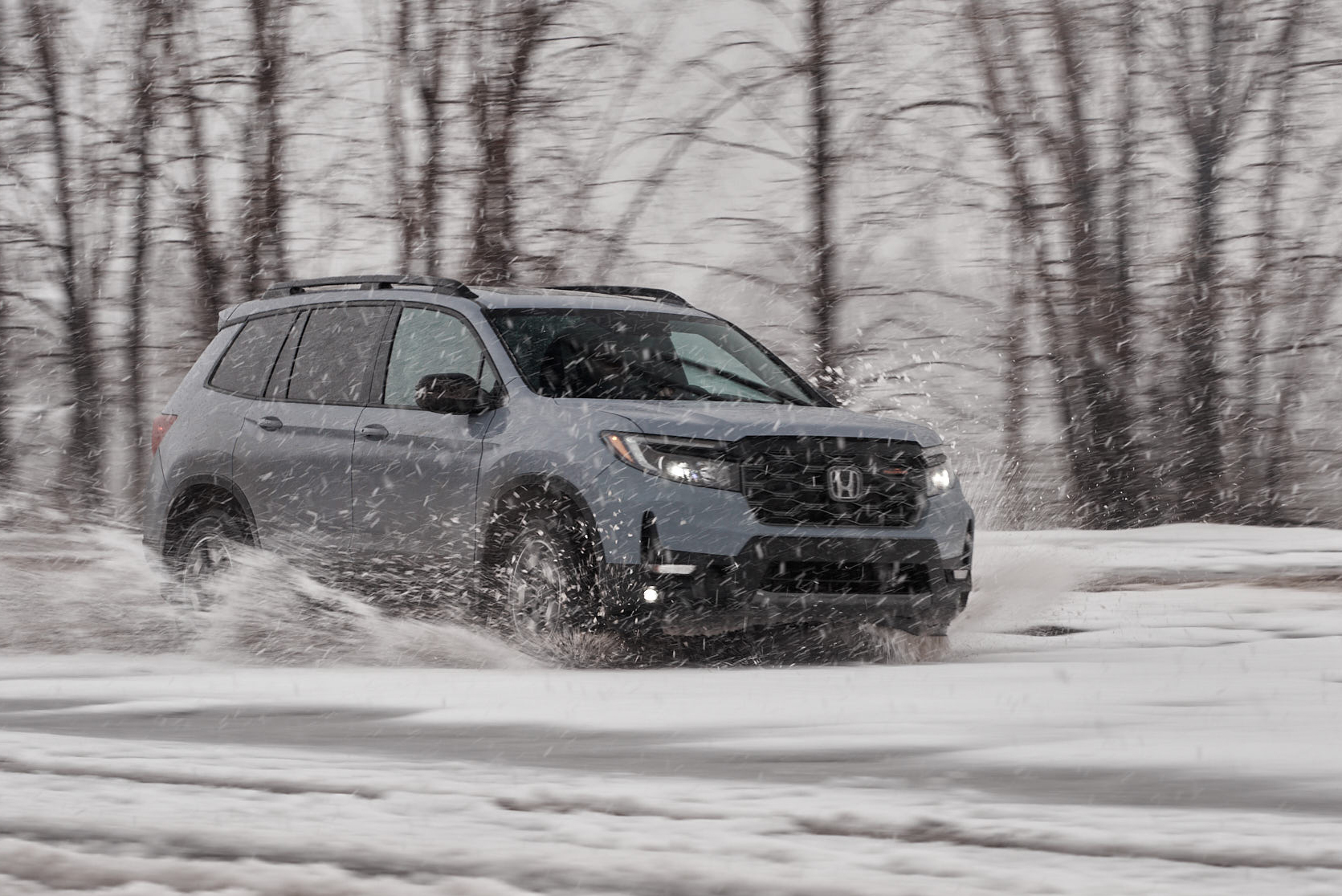 The 2022 Honda Passport is a vehicle I’ve driven and enjoyed before. From a technical standpoint, there’s no reason for me to review it a second time as it hasn’t really changed since the day Honda brought it to market back in 2019, albeit a slight facelift last year. But Honda Canada really wanted me to try its all-new Trailsport trim. Looking forward to see what a Passport could do in off-road situations, I immediately accepted the offer and took it for a spin. 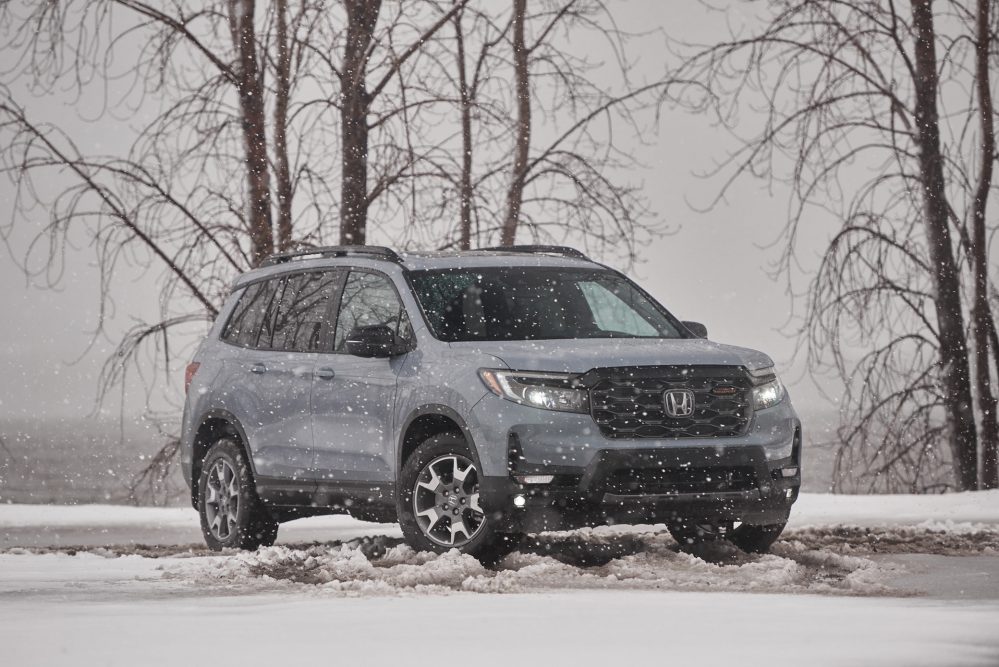 When I saw the orange Trailsport badge on my Sonic Grey Pearl press unit, I was convinced Honda had tweaked the Passport for adventure-seeking, I mean, the 18-inch wheels not only look the part compared to a normal Passport, they’re also smaller than the usual 20-inch set. This must mean something, right? The Trailsport also gets model-specific bumpers front and rear with fake skid plates. Yes, fake. 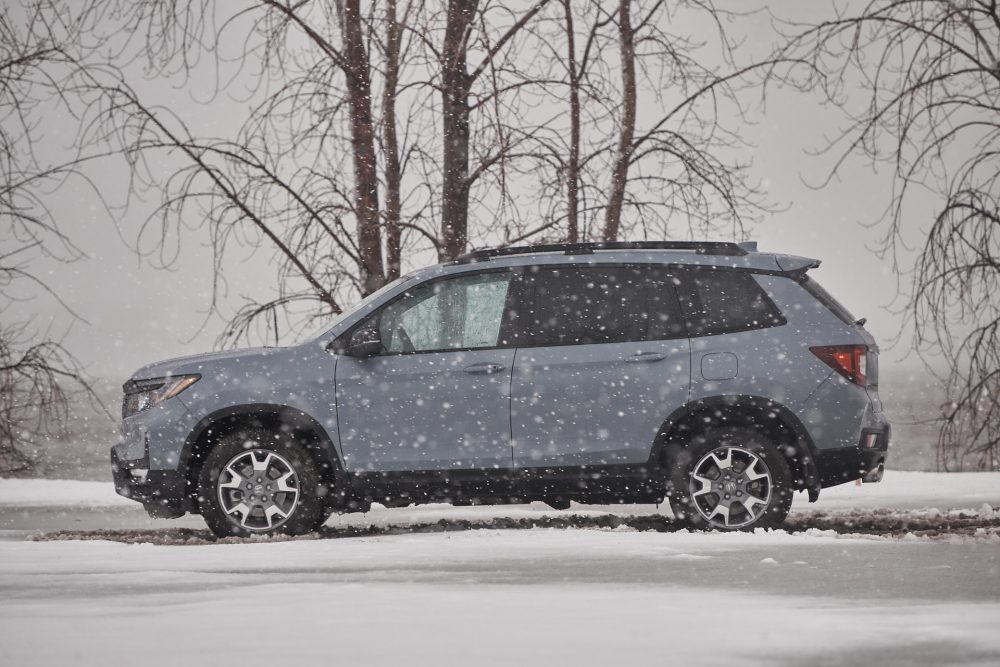 That’s because, except for 245/60R-18 Firestone Destination LE 2 all-season tires with a more aggressive shoulder tread for improved bite on loose terrain, there’s absolutely nothing on this Passport that allows it to distinguish itself from a normal model. Those wheels do have a greater offset that widen the Passport’s track by 0.4 inch, but that’s really all a Trailsport gets you. In other words, it’s nothing more than a marketing ploy. 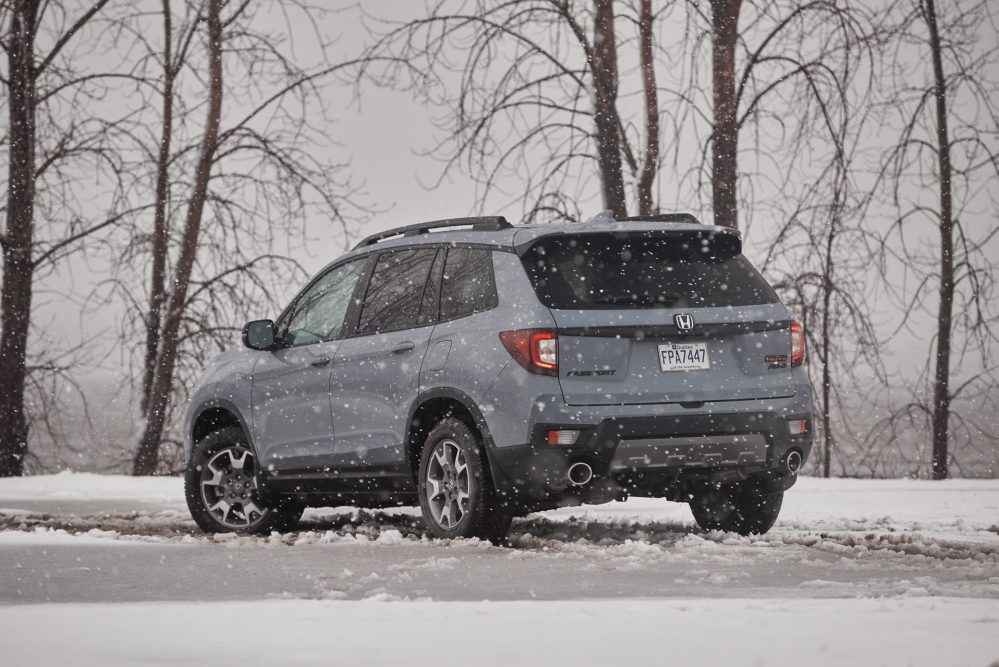 A clever one at that though, as the Trailsport’s model-exclusive appearance package, along with the minor facelift that Honda gave the Passport a year ago give this midsize two-row SUV a Jeep Grand Cherokee from Honda vibe. The 2022 Honda Passport Trailsport sport utility vehicle (that’s a lot of sport) looks rugged enough to take on a mountain, even if it doesn’t have the chops to back up its claims. 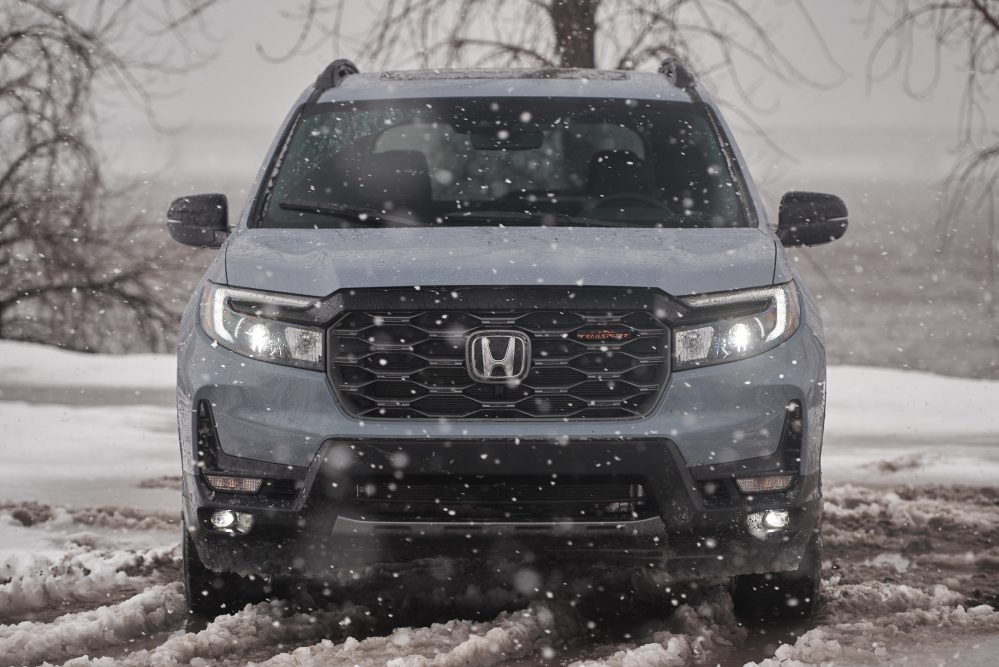 I mean, it’s not like the Passport isn’t capable out of the box. It already has 8.1 inches of ground clearance. Honda’s i-VTM4 all-wheel drive system has also proven its capability more than once. But the Passport’s secret weapon is hidden underneath its hood. Like the Ridgeline and Pilot with which it shares a platform, the Passport gets Honda’s tried and proven 3.5-liter V6 with VTEC valve timing technology. Mated to a nine-speed automatic transmission, it’s good for a healthy 280 horsepower and 262 lb-ft of torque. 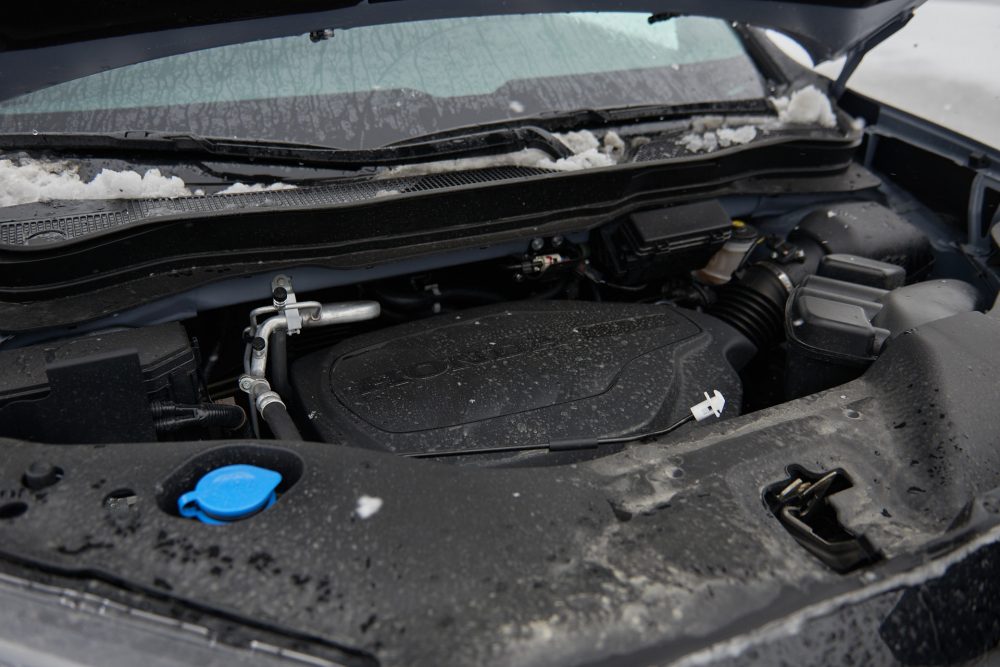 Pricing for a Passport kicks off at $47,635 for a base Passport Sport. Honda is really milking the “sport” theme here to the point where it’s almost abusive. The Trailsport trim is the second of three available models. It sells for $51,335. You need to pay an extra $300 for that paint job. The lineup tops off at $54,235 for a Passport Touring. 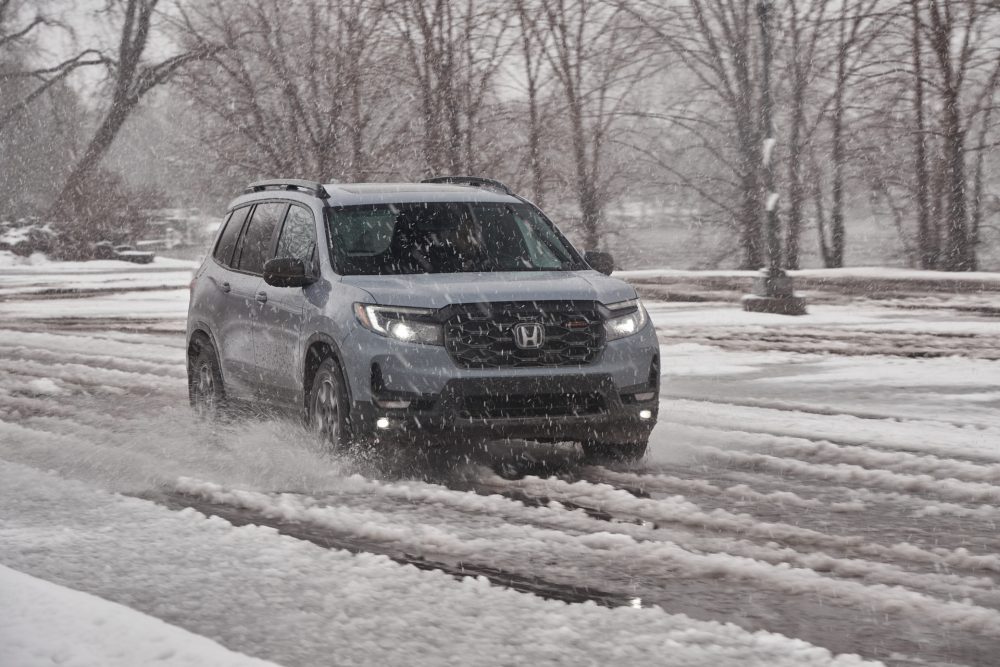 I don’t know if it’s the 2022 Honda Passport’s stubby nature and high ride height that does this, but each time I’d walk up to it, it reminded me of those short school buses that would park in front of my school when I was a kid. Remember how cute those buses were in a quirky kind of way? That’s exactly how the Passport made me feel. 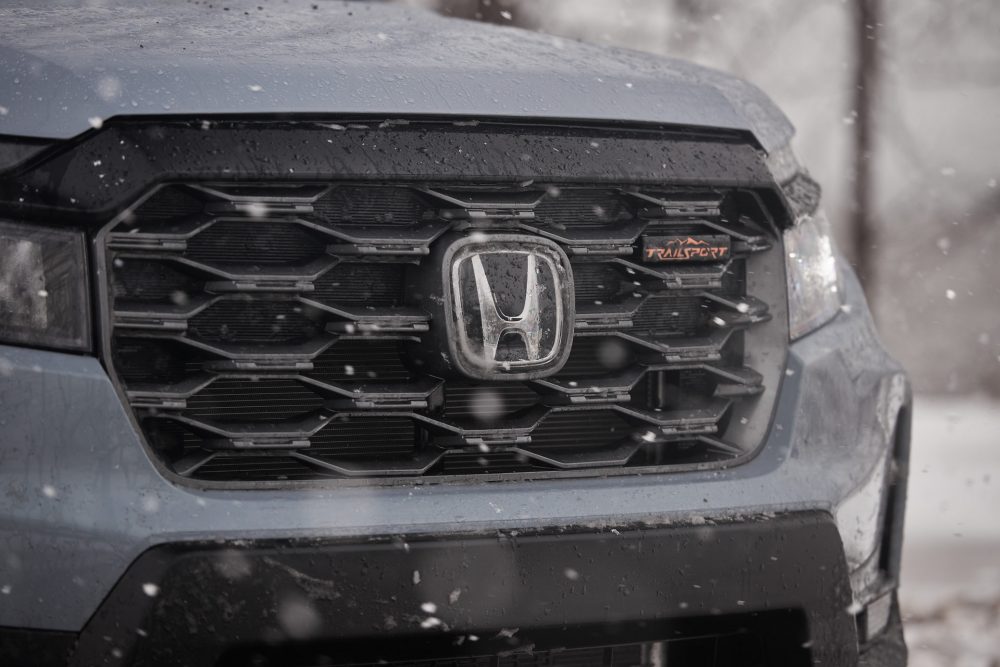 That shortened overall length over a Pilot (same wheelbase), along with a slightly higher ride height does give it somewhat clumsier handling. While a Pilot or even a Ridgeline drive like big sedans from how well planted they are to the road, one needs to take a bit more time before plowing down a country road in a Passport. That said, it’s considerably more athletic than virtually anything in this class, except for perhaps a Kia Sorento. 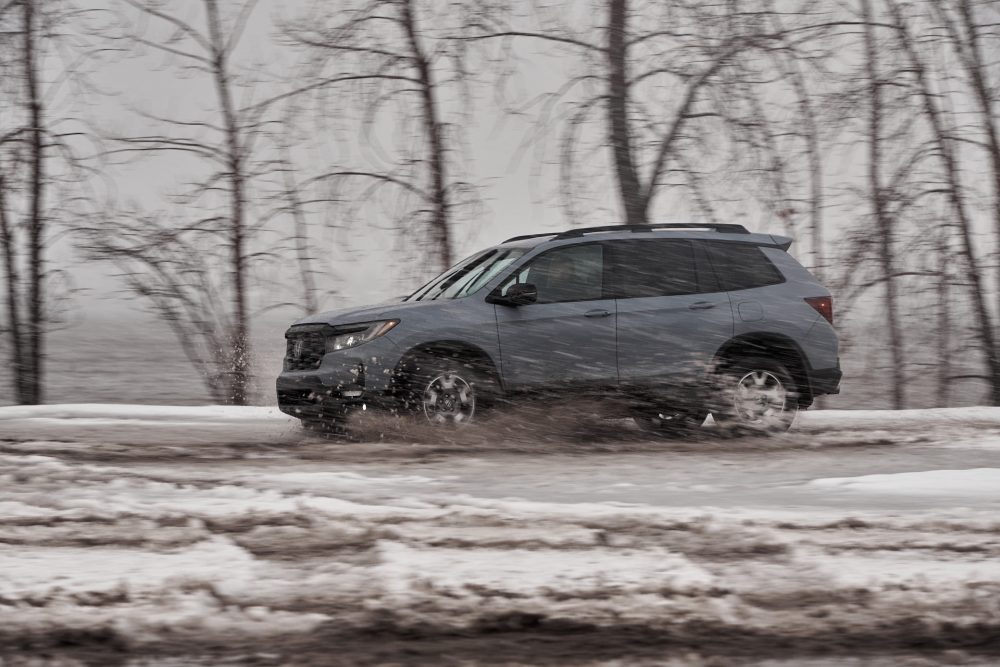 But that blocky nature does give it an edge in a light off-road trail. I didn’t bring the Passport in anything too complicated, but I did have fun hooning it in a big gravel parking lot. Not only did it showcase fantastic grip from its real-time all-wheel drive system, that V6 engine continues to impress. Throttle response is immediate, and the darn thing just loves to be thrashed. Let it climb through the revs, and a pleasant intake snarl is heard and felt at around 5,000 rpm. That’s when the VTEC system does its thing. That switchover sound just never gets old. 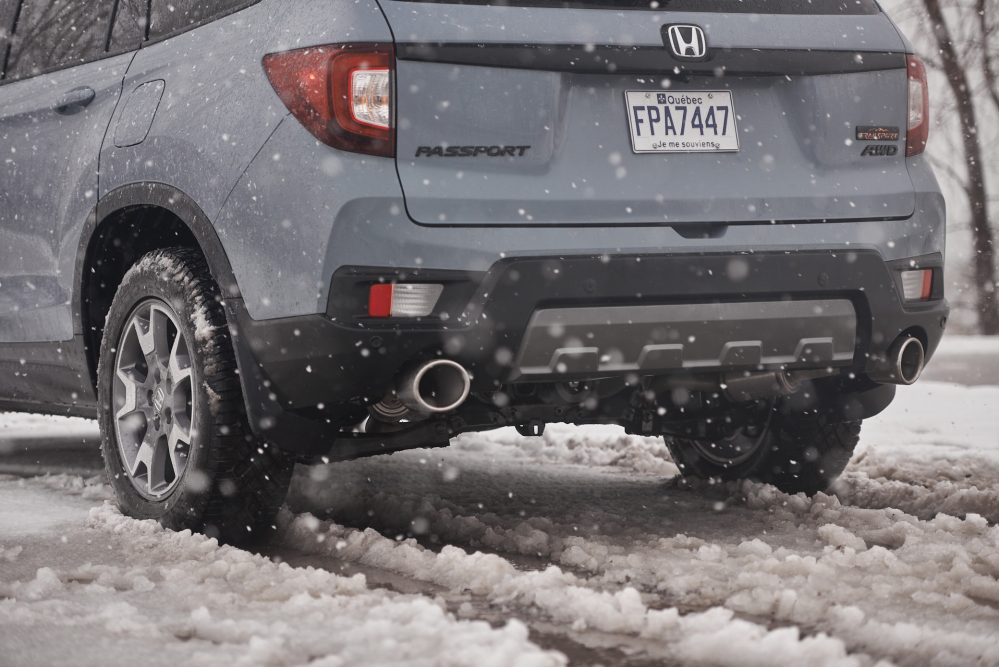 Just like the Ridgeline and Passport, the transmission works well until it decides it doesn’t want to. There are some delays at times, a refusal to downshift when cold and some unwanted knocking at low speeds. Like most ZF units, this gearbox appears better at home during performance driving. Luckily, the Passport responds well to that. 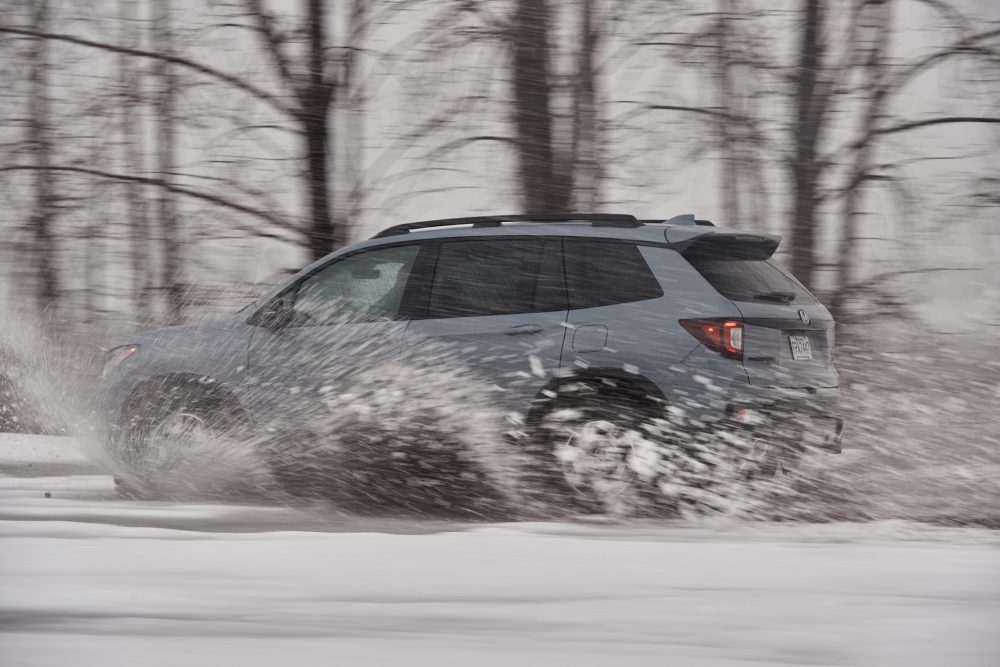 In typical Honda fashion, overall build quality and fit and finish in a Passport is class-leading, but I am finding those grey plastics a bit spartan for a truck of this price bracket. The Trailsport does attempt to spice things up with orange logos on the headrests and orange stitching around the steering wheel, door inserts and seats, but it’s all way too subtle to truly make a different. 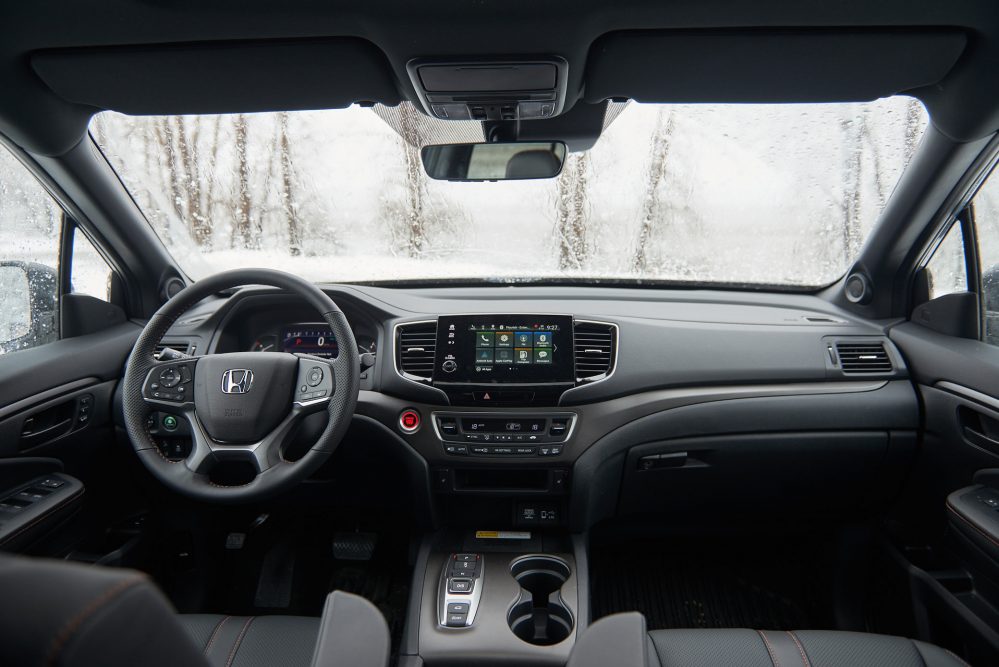 It may look like an old interior in there, but the Passport remains an ergonomic king. All controls and displays are cleverly laid out throughout the cabin, making everything a breeze to operate. However, I still find Honda’s infotainment systems confusing. The Passport’s unit is a tad more modern than the Ridgeline’s, which is weird. It gets a volume knob and some of the Accord’s fantastic large icons. But it also has bits and pieces from Honda’s old systems which ironically add complexity to its ease of operation. 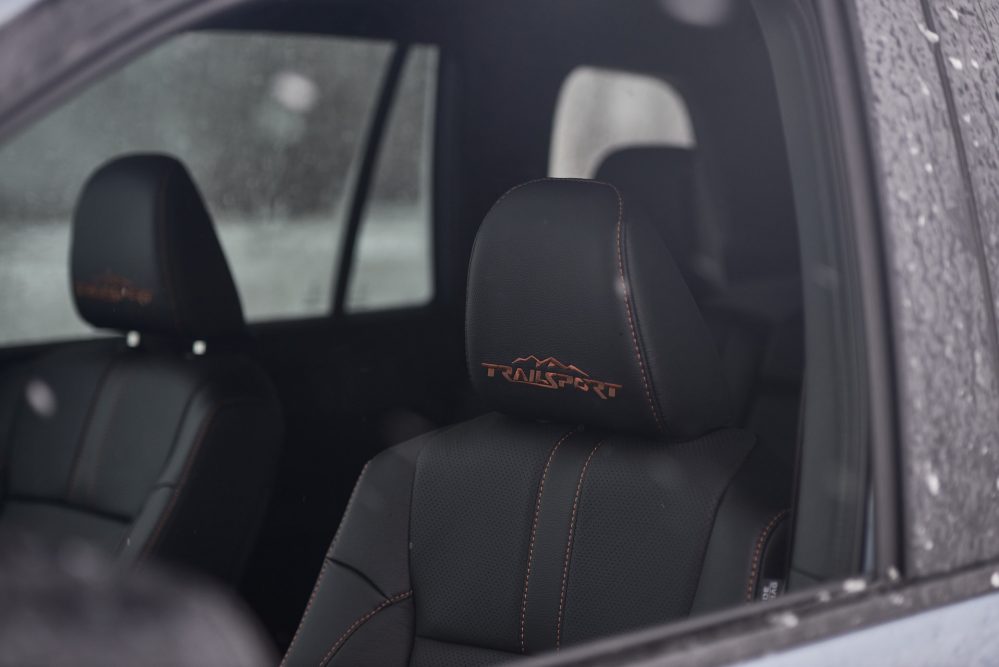 All-around visibility is spot on. The front seats are comfortable and supportive, and the rear seat area is massive. It’s the same story for cargo space where the Passport boasts the second largest total (with seatbacks folded flat) cargo hold behind the Volkswagen Atlas Cross Sport at 2,200 liters. But it’s not like that VW is far ahead. It ranks at 2,203 liters. The Passport will also two up to 5,000 pounds when equipped with an optional tow kit and transmission cooler. 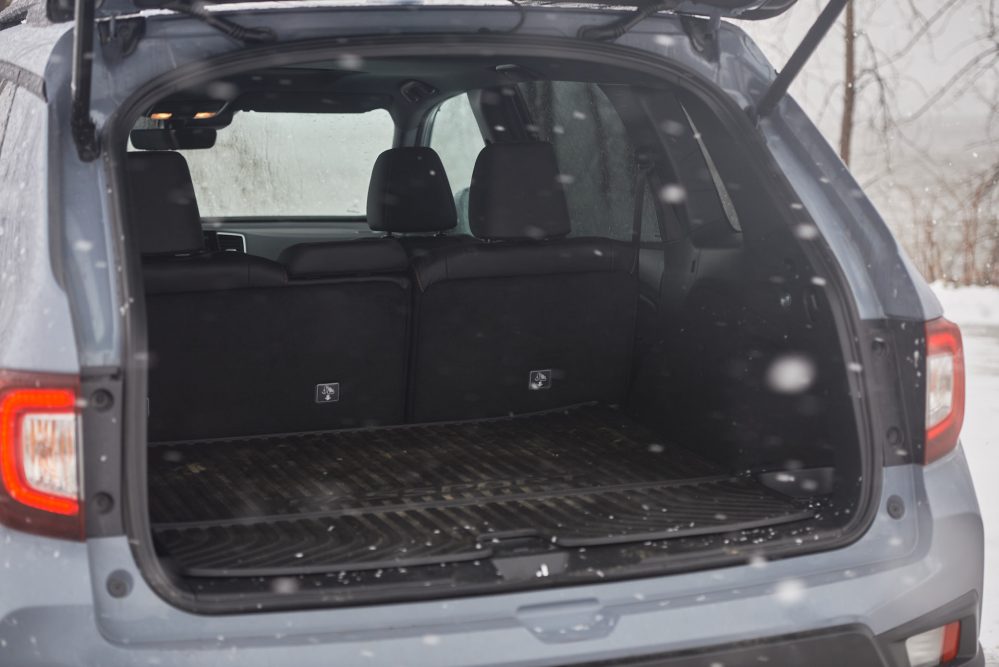 The 2022 Honda Passport Trailsport may only be an aesthetics package, but the marketing behind it is so good that Honda actually makes you believe you’re driving something that’s as capable as a Grand Cherokee. The sad truth is that it isn’t. But that doesn’t matter. 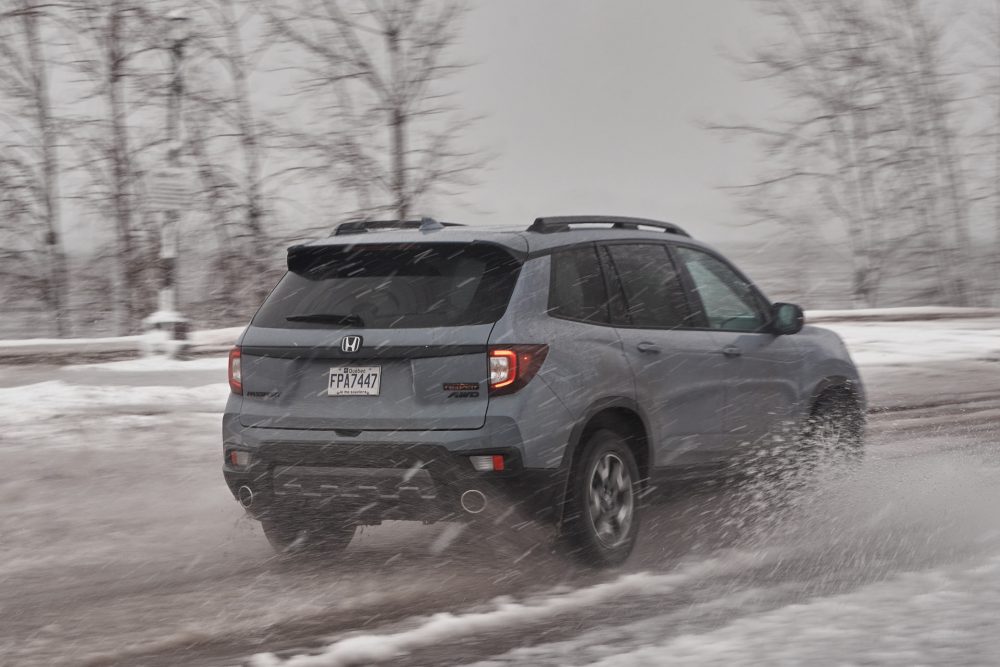 Because dreams are what the automotive industry is made of. The entire sport utility vehicle craze was built on the foundations that anything is possible. Consumers who will purchase a Passport will most probably never bring their rig in a muddy trail. But the fact that Honda sold them the possibility to do so makes the Passport a highly appealing machine. Luckily, the actual car behind the superficial still has solid bones.