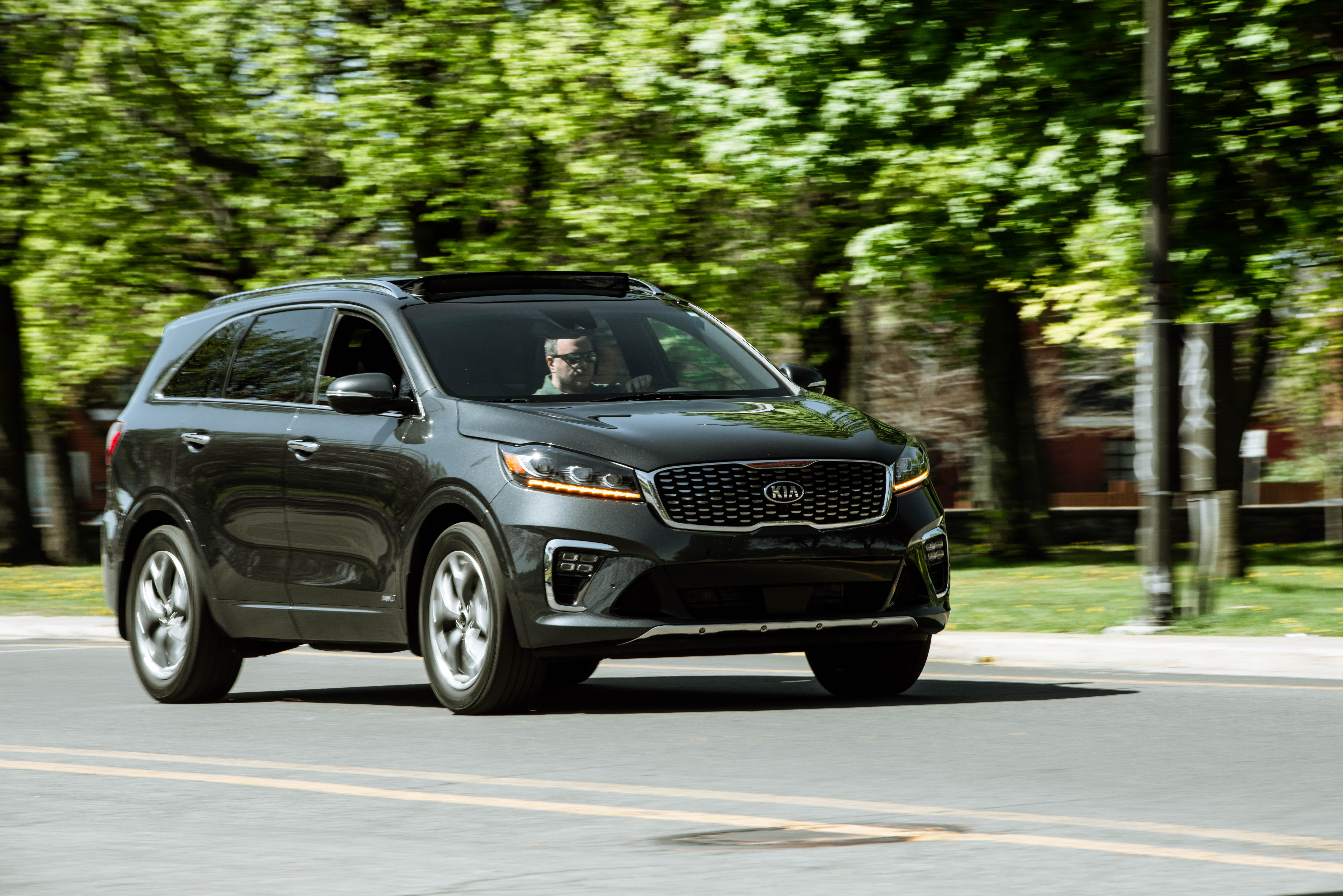 The 2020 Kia Sorento is no longer the king of Kia‘s SUV lineup. That title now goes to the award-winning Telluride; an SUV that’s so good and accomplished that is has completely eclipsed the Sorento to the point of rendering it obsolete. After all, why would any carmaker keep two three-row utility vehicles in its lineup? Yet, the Sorento is still very much among us. Curious to find out what it still has to offer, I booked one and took it for a spin. Turns out it’s not going anywhere. 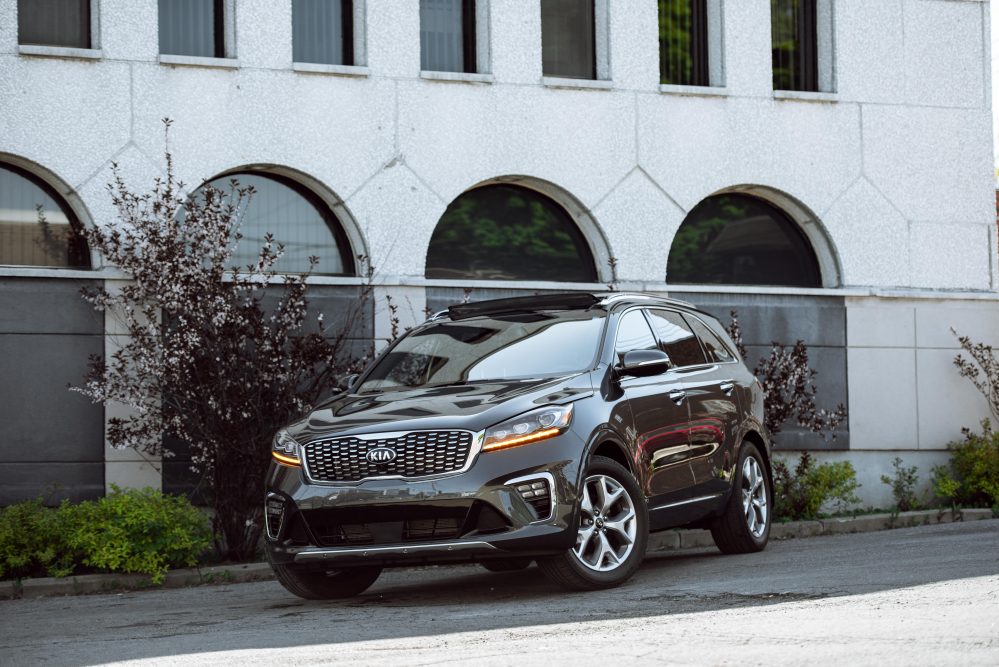 After a 20-year run at being the Kia’s largest SUV, the Sorento will be reshuffled to fit an entirely different category some time next year. Soon, we’ll be getting an all-new Sorento, one that’ll be repackaged and redesigned to elbow itself into the two-row midsize SUV space. 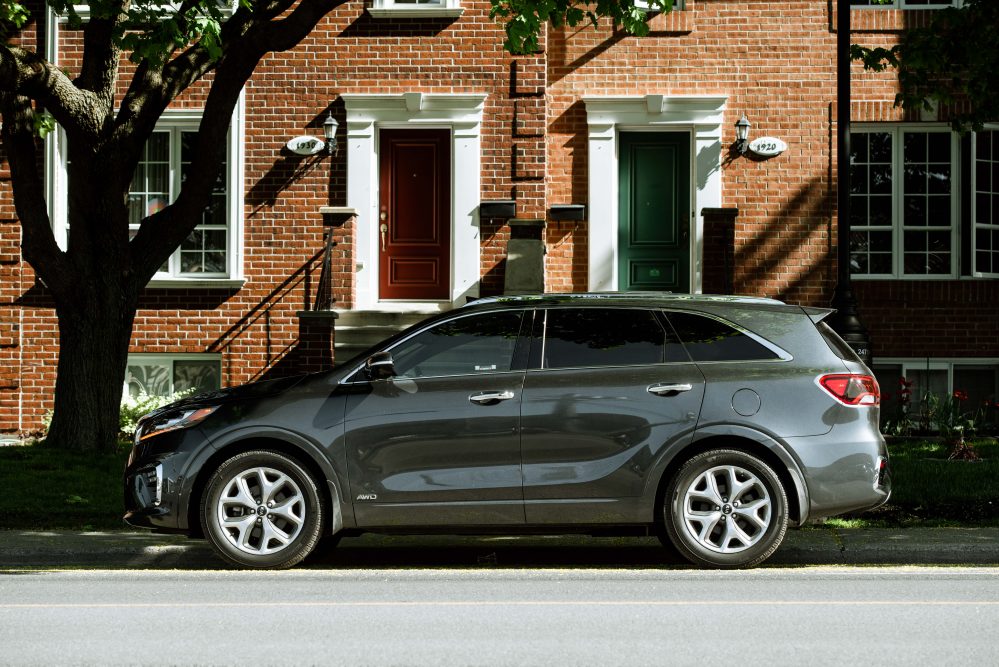 Remember that Chevrolet Blazer I drove a few weeks back? That’s what the next-generation Sorento will be up against, as well as the Honda Passport, Ford Edge and Volkswagen Atlas Cross Sport. The next Sorento will ride on the same architecture as the Telluride’s and for the first time in its existence, offer a hybrid powertrain. 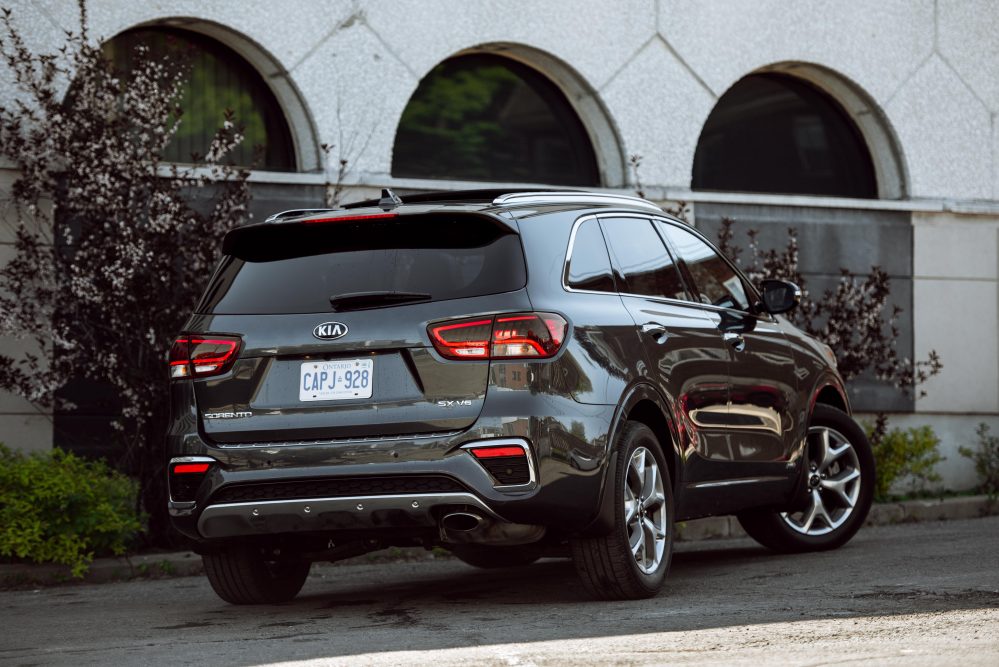 Until then, the 2020 Kia Sorento carries over unchanged, albeit the midcycle refresh it received last year. While technically a five-passenger vehicle, the Sorento can nevertheless be fitted with an optional third row, giving it a practicality edge over its rivals. 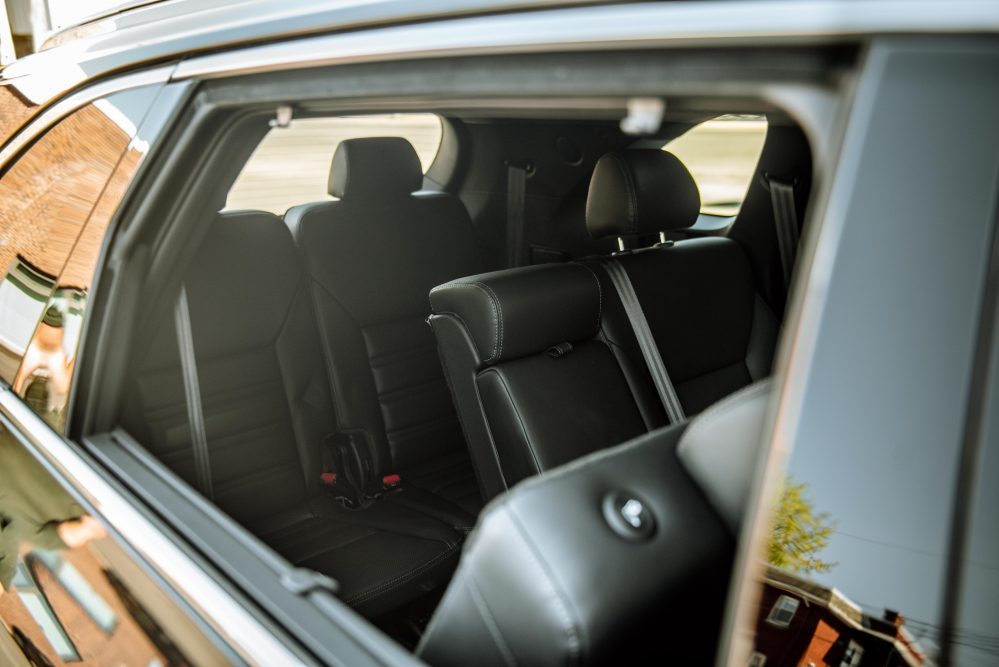 That being said, I would only recommend using those seats for kids or short trips, because legroom is inevitably cramped back there. But access to those seats is considerably better executed than other vehicles that have attempted a similar strategy, like the Mitsubishi Outlander and Volkswagen Tiguan. 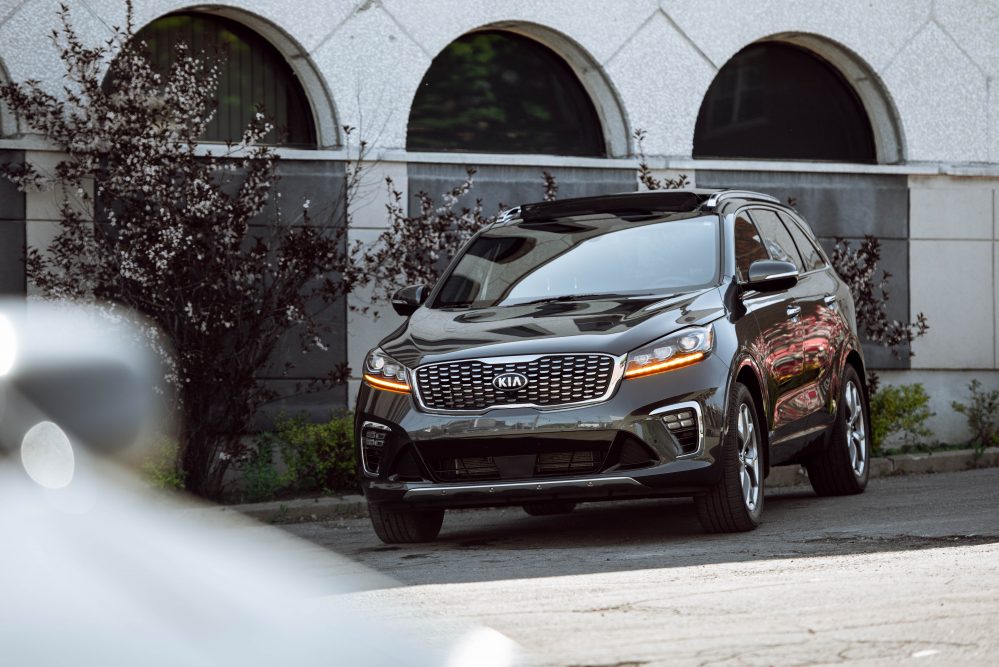 The facelifted Sorento got slightly revised styling front and rear and some interior appearance tweaks, changes that do a lot at making it feel fresh and modern. Engines and transmissions were also slightly changed. The base 2.4-liter four-cylinder remains the entry level bread-and-butter powerplant, but its six-speed automatic gearbox received new calibration. 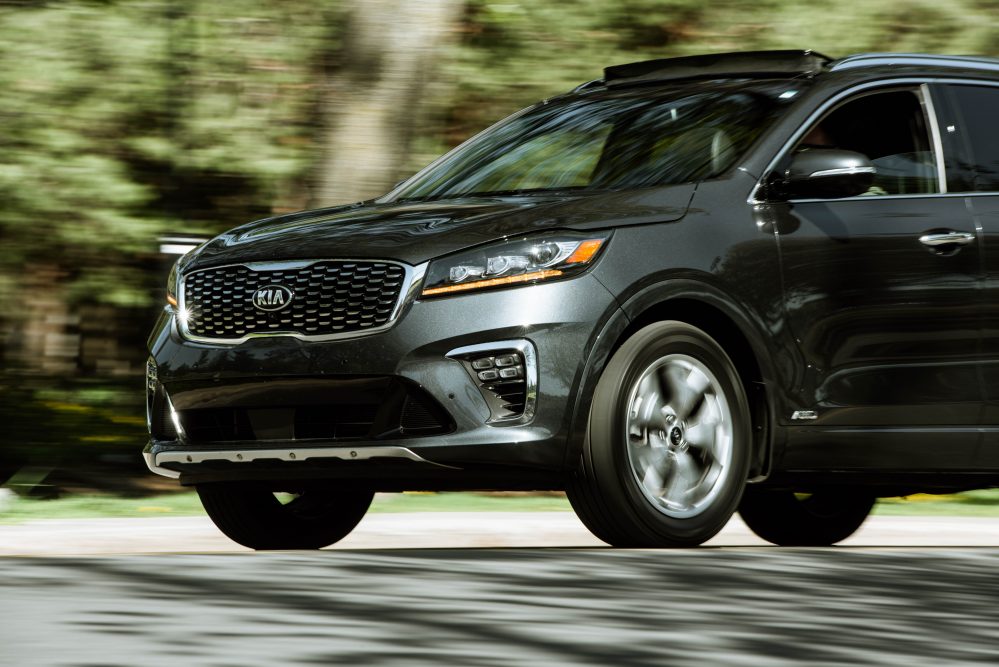 Top-spec Sorentos are still powered by the same 3.3-liter V6 (as tested), promising 290 horsepower and 252 lb-ft of torque. However, the V6 is now mated to the same eight-speed automatic transmission as the Telluride. The turbocharged 2.0-liter four is now a thing of the past. 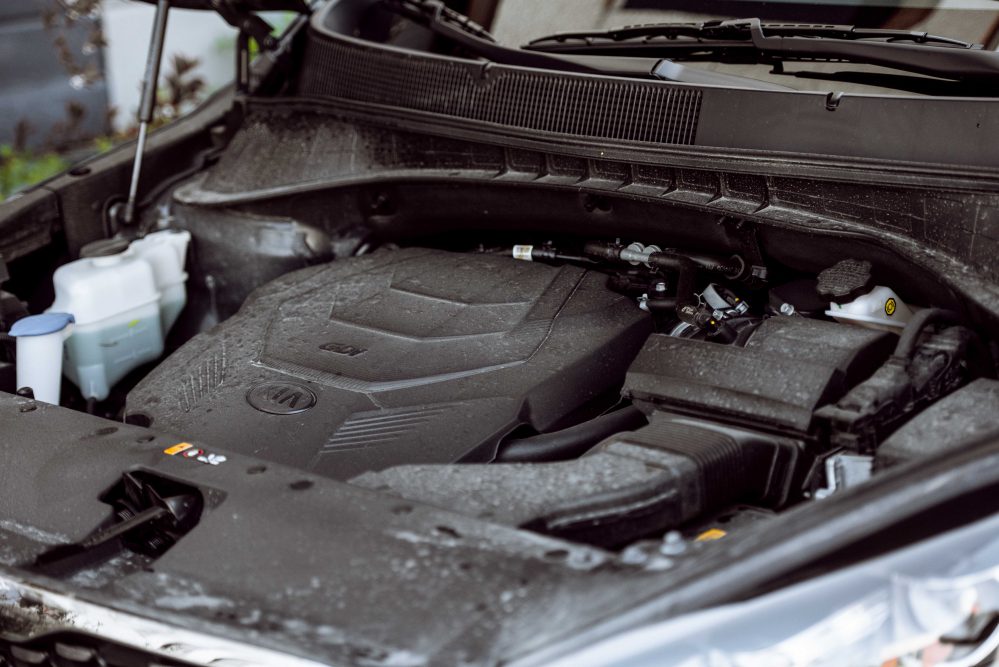 All variants of the Kia Sorento sold in Canada come standard with all-wheel-drive, with a starting MSRP of $32,905. The model you see here is a top-of-the line Sorento SX with the V6 engine and available third row seating. It stickers for $48,255. In this configuration, the Sorento will tow up to 5,000 pounds (2,267 kg), which remains competitive with more modern rivals. 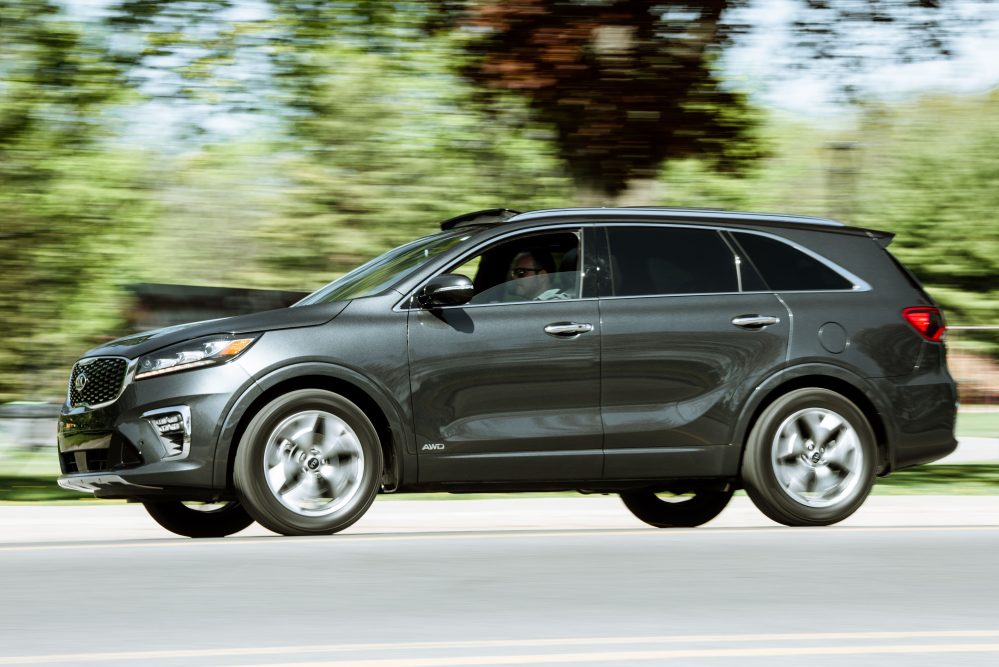 There’s nothing about the 2020 Kia Sorento that necessarily allows it to stand out over its rivals. But I gotta say, it’s an enjoyable crossover to spend some time in. The immediate observation is how comfortable and well-bolstered its front seats are, making for a supremely relaxing ride. I also appreciate the Sorento’s overall simplicity in execution, with well laid-out controls, simple, clear gauges and one of the easiest infotainment systems to operate in the business. 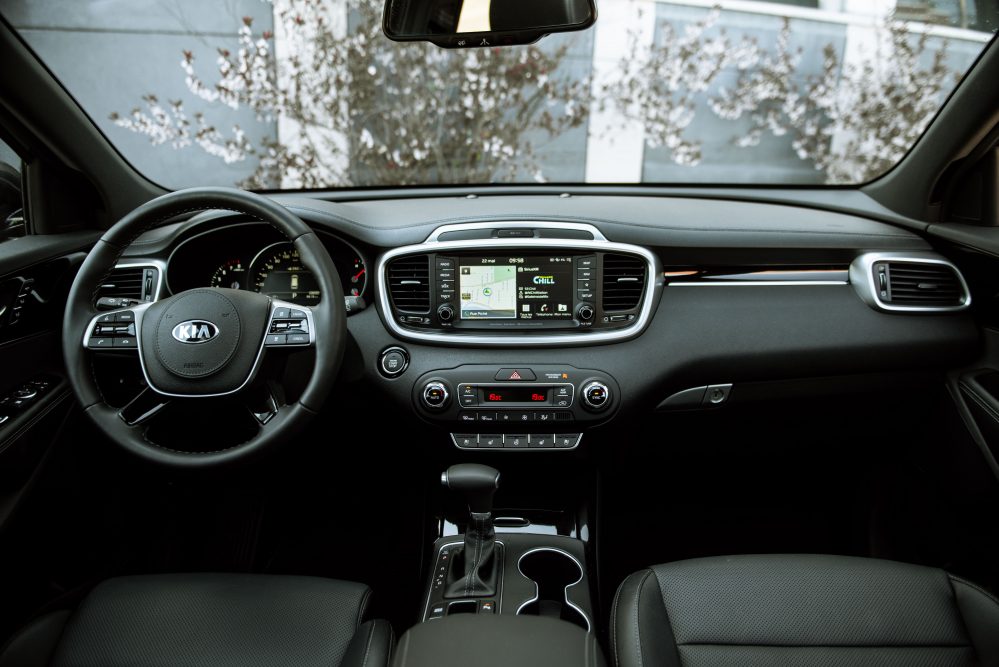 There’s no getting around the fact that the Sorento is an ageing vehicle. Its shape and styling shows just how quickly the segment has evolved and the updates applied to the vehicle are a testament of Kia’s rapid transformation. The midcycle refresh injects a sense of quality and craftsmanship to the Sorento we’re beginning to notice in all recent Korean products. 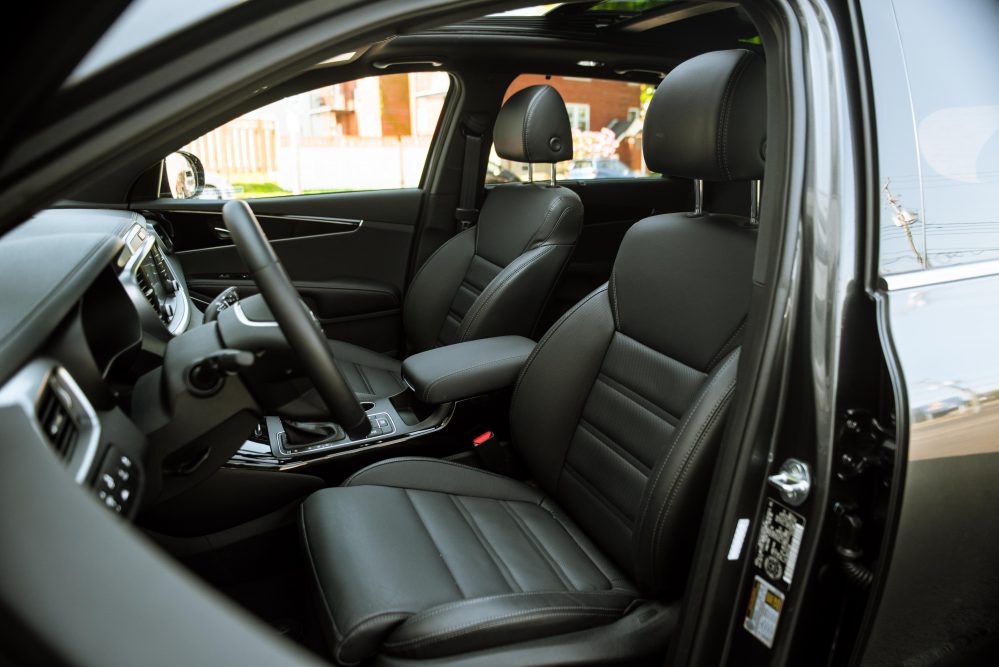 The Sorento rides smooth, its cabin is quiet and the 3.3-liter V6 delivers just the right amount of power in a velvet-like forward thrust. There are more urgent and vocal six cylinders out there – I’m thinking GM’s 3.6-liter or Honda’s 3.5L -, and some midsize SUVs are definitely faster off the line, but what the Sorento lacks in performance, it makes for with refinement and utter effectiveness.

It’s the same story with the way it handles. Don’t expect to eat up an apex flat out in this thing as body roll is a problem, and the vehicle’s heft is always felt, but its solid, well-planted chassis impresses on shitty patched roads. 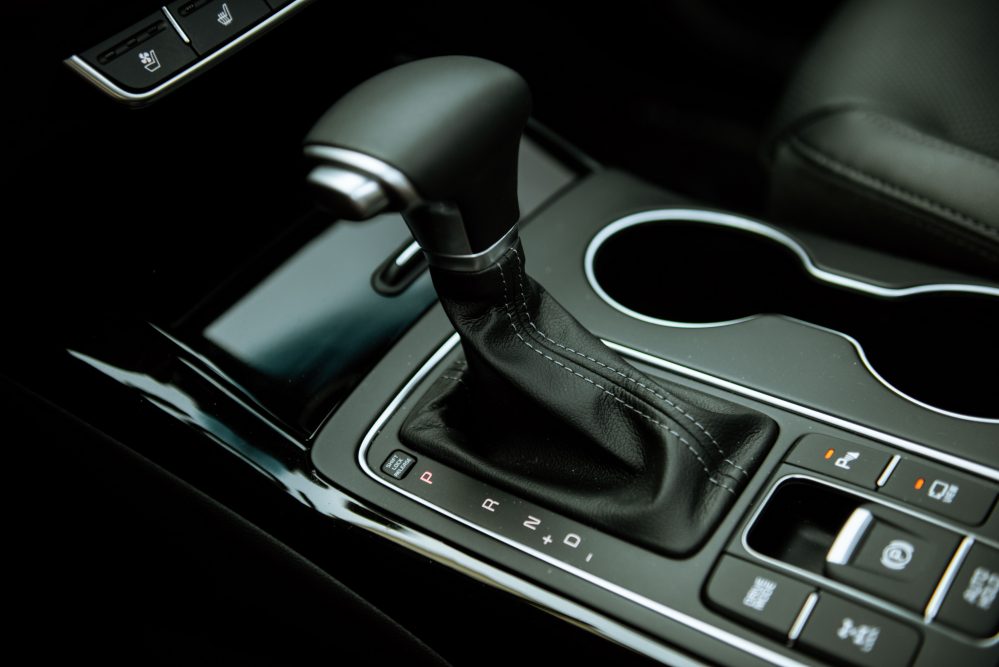 As for the new eight-speed gearbox, I personally prefer the quick-reacting nature of the old six-speed, but there’s no denying the smoothness of execution and the fuel economy gains of this new configuration. I easily kept my Sorento under the 10L/100 km mark, a magic number for V6-powered midsize crossovers. 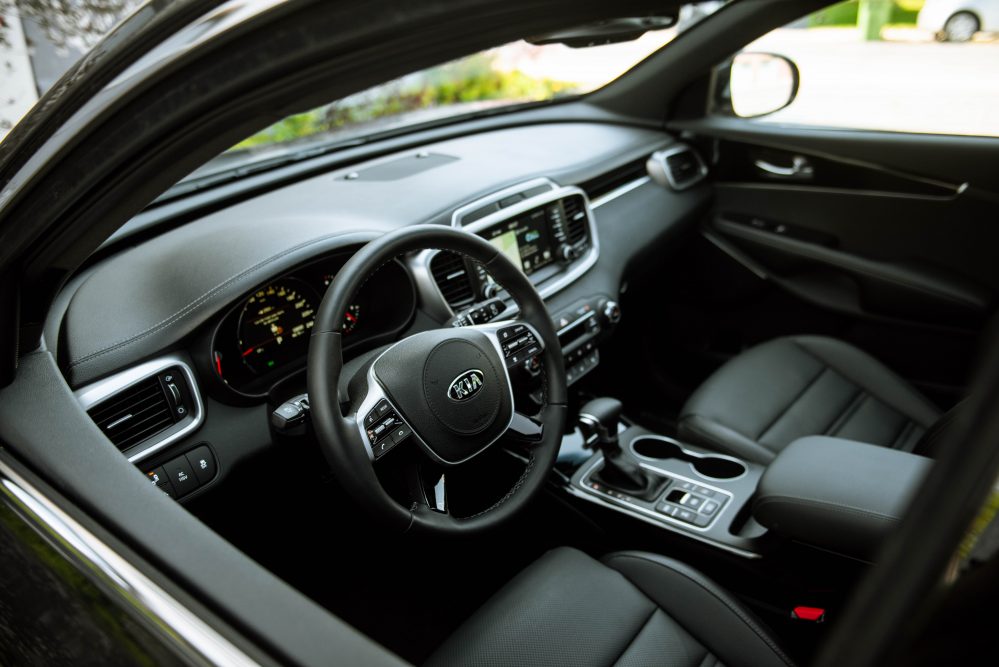 Apart from the tight third row, overall seat and legroom in the Sorento is ample, with a witty use of storage space and plenty of connectivity possibilities. My only real complaint comes from the semi autonomous safety features which remain way too intrusive. Proximity sensors are quick to beep at the nearest obstacles and the adaptive cruise control furiously slams on the brakes if another vehicle dares come too close to your front bumper, issues I also noticed in the Telluride. 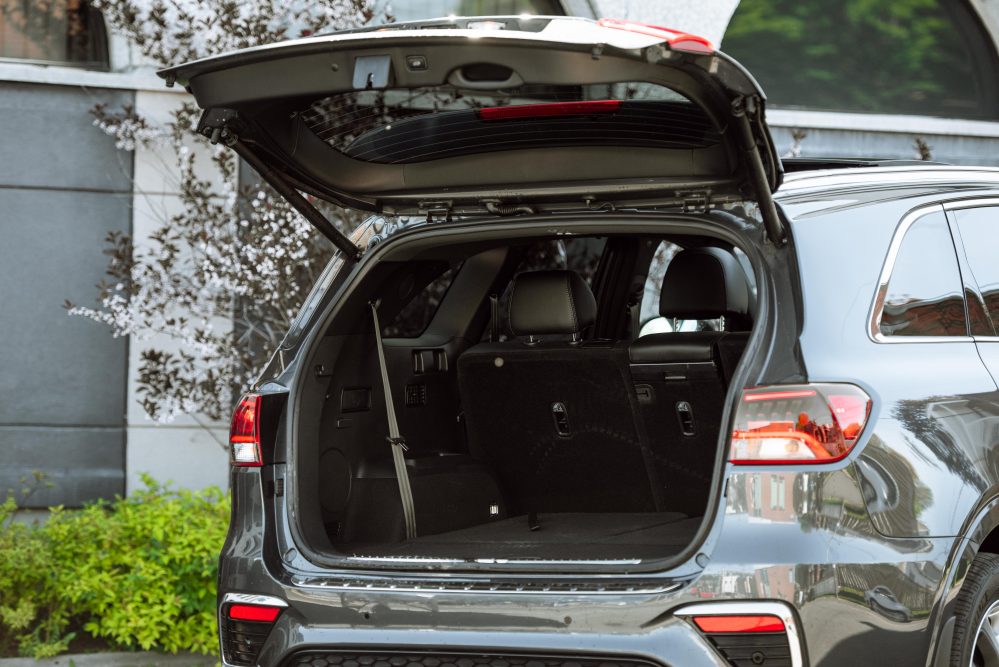 The 2020 Kia Sorento, then, is a midsize SUV like many out there, but it’s one that simply works. Perhaps the most obvious question is why you should get this over a Telluride. The more affordable price point is indeed attractive, and Kia is currently offering to cover – not delay – your first six monthly payments as a strategy to stimulate post COVID-19 sales. 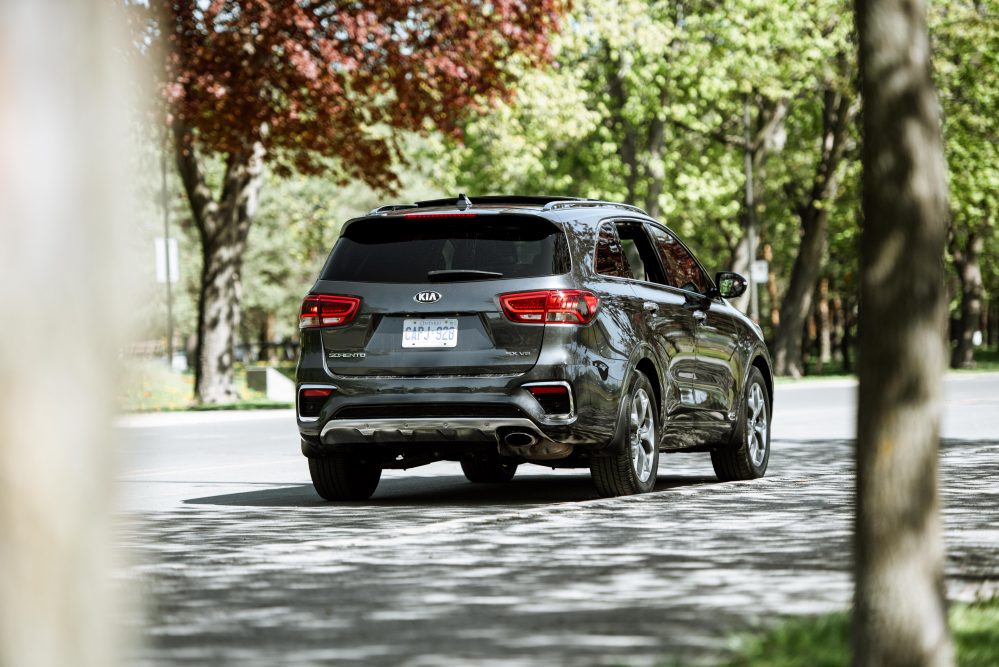 So, if you get a good deal on one, then yes, a Sorento is worth a shot. But if you’re looking for an actual Blazer competitor, I say wait another year for the next-generation iteration to hit our shores. If this Sorento is good, imagine how excellent the next one will be.