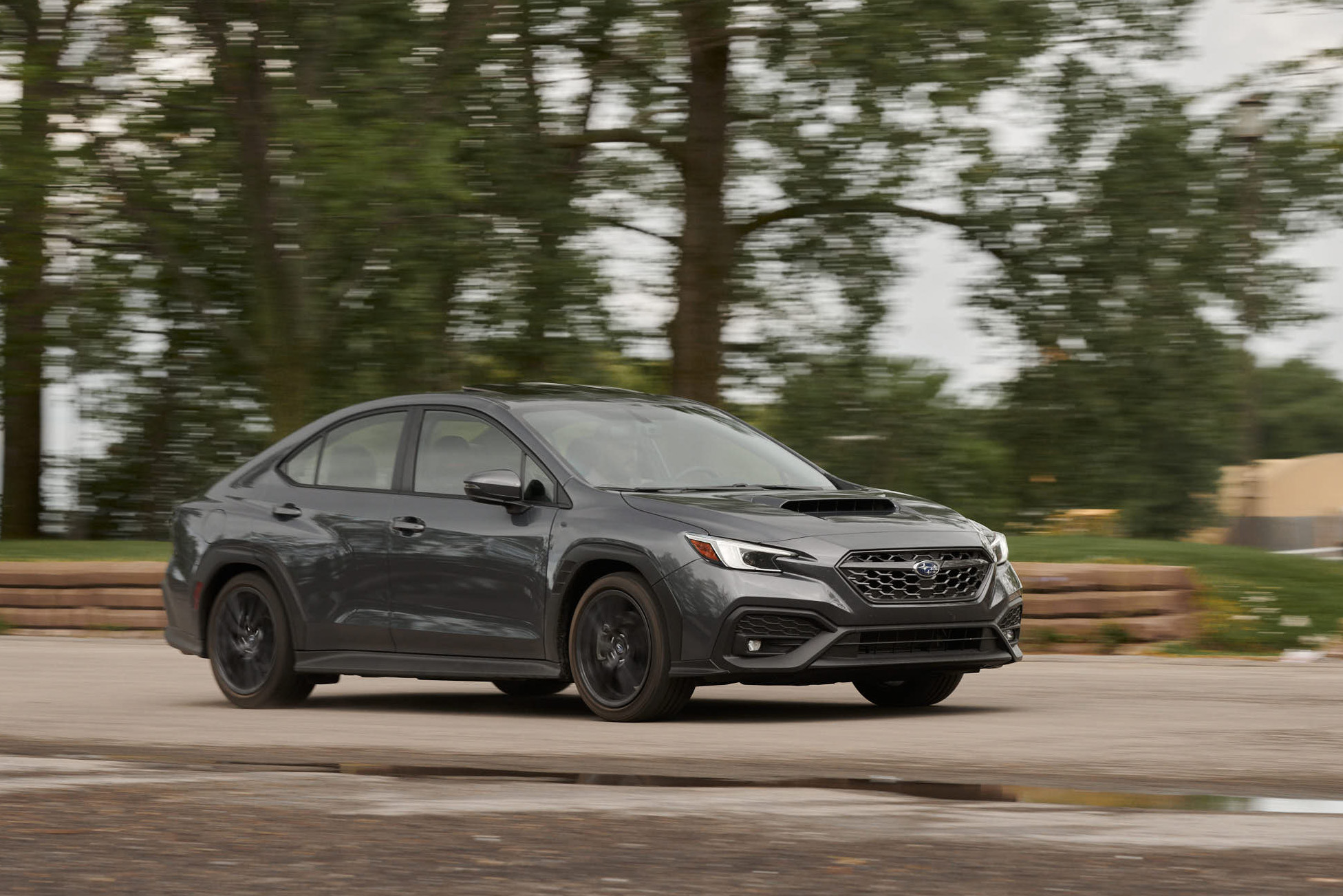 The 2022 Subaru WRX is finally all-new after being the same for almost a full decade. Subaru changed the platform, the engine, the transmission and even the styling, for better or for worse. This is arguably the ugliest Rex ever built, yet, it’s also the most capable. It’s hands down the model that best defines what this car is supposed to be.

Plastic Body Cladding, Because Why Not? 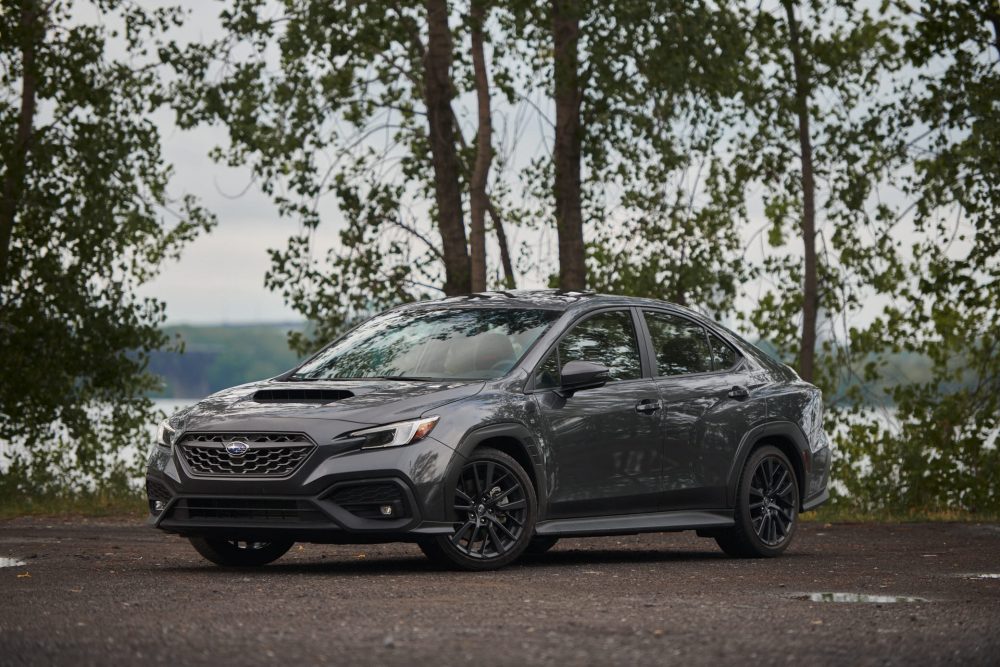 The most striking visual element on the 2022 Subaru WRX is its plastic body cladding over the fenders. It looks completely ridiculous, as if someone at Subaru had the brilliant idea of giving this car SUV traits because, well, you know why. We can’t get away from it now can we? SUVs are so dominant that they’re even taking over the good old WRX. I mean, leave this car alone, it’s one of the last gems for automotive enthusiasts. 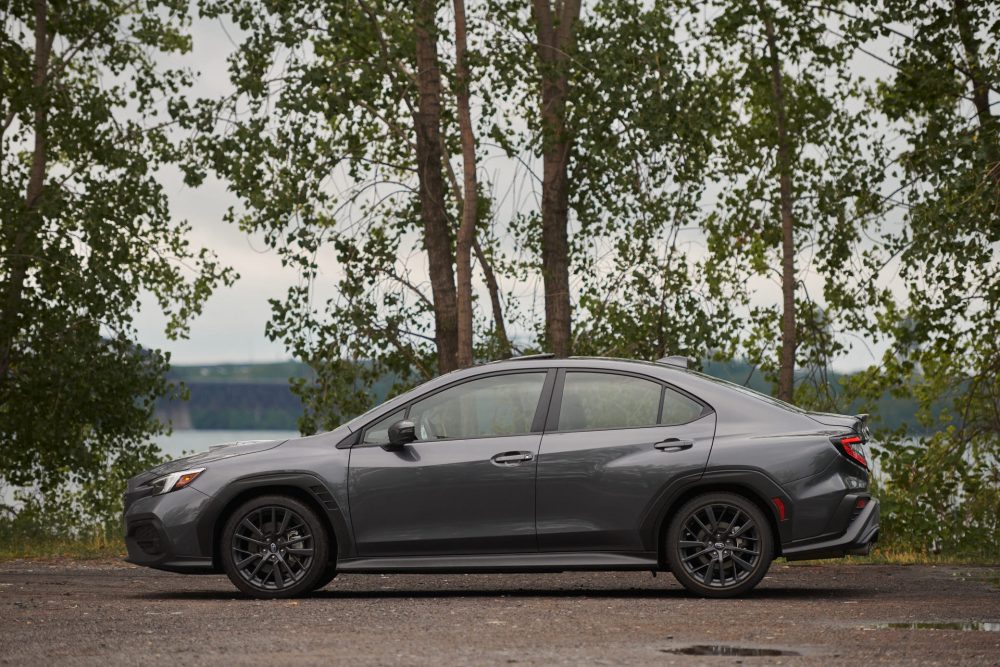 However. I understand what Subaru is trying to do here. Remember, the WRX has always been an amateur rally car, meaning its owners typically believe they’re pro rally drivers. This also means that Subaru dealerships have ended up with a lot of beaten up WRXs that were plagued with significant fender flare damage coming from rocks and debris. According to Subaru, that cladding should help preserve the car’s fenders.

And I mean, considering how ugly this car is anyway, adding cladding doesn’t really matter at this point. Mind you, it’s not like Subaru has ever mastered design. We always appreciated the WRX for its drivetrain, driving dynamics and the experience behind the wheel. We never liked the car for its styling. This new one therefore still looks like a blob with a hood scoop bolted onto it. The headlights are definitely too small and why the fuck does the rear look like a facelifted 9th-generation Honda Civic? 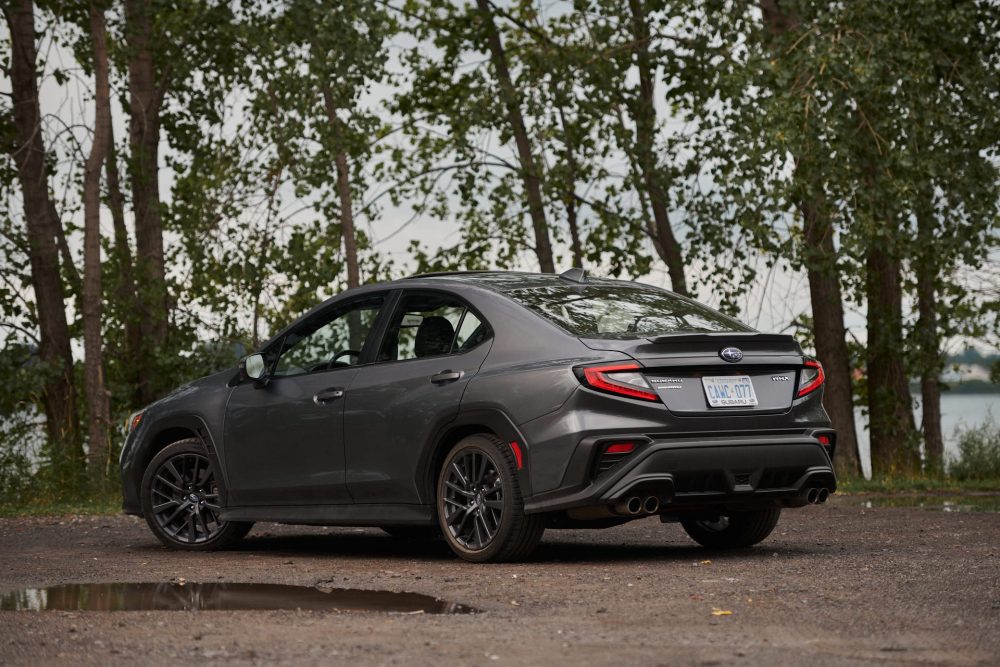 Anyway, what counts is what’s underneath the hood, and in that respect, the 2022 Subaru WRX doesn’t disappoint. The new car rides on Subaru’s Global Platform architecture. New bones therefore give the WRX improved chassis rigidity, but also make it a tad wider and about 3-inches longer than before. 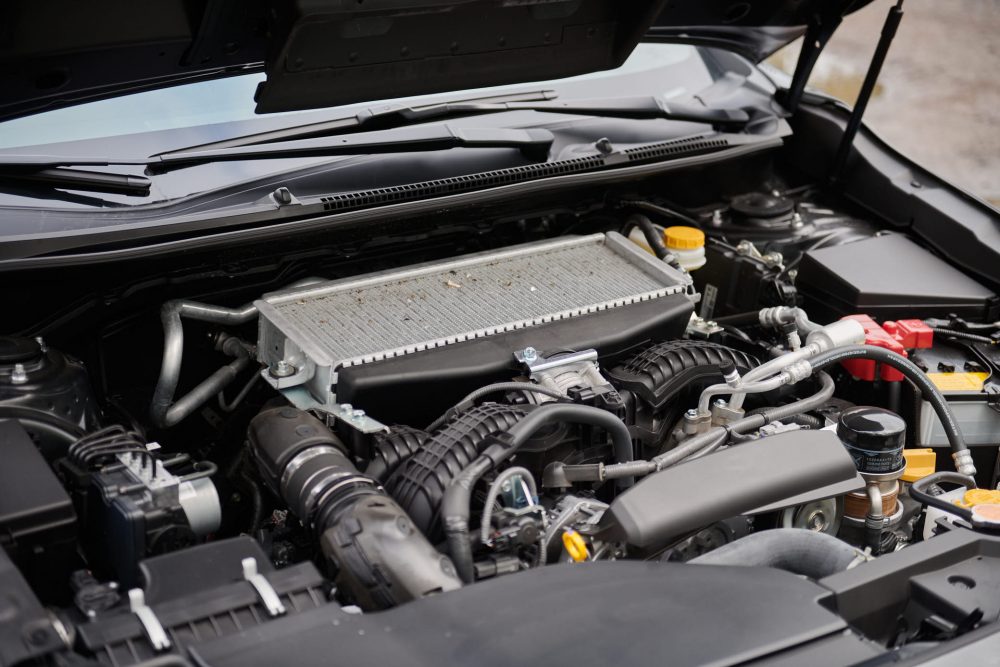 Gone is the old 2.0-liter turbocharged flat four Boxer engine. In its place sits an all-new 2.4-liter unit that was taken from the Ascent SUV. Subaru reworked the turbocharging and improved breathing for quicker throttle response and reduced turbo lag. Yet, even with the larger engine, this WRX only weighs about 20 pounds more than its predecessor thanks to a clever use of aluminum in areas that matter, like the front fenders. 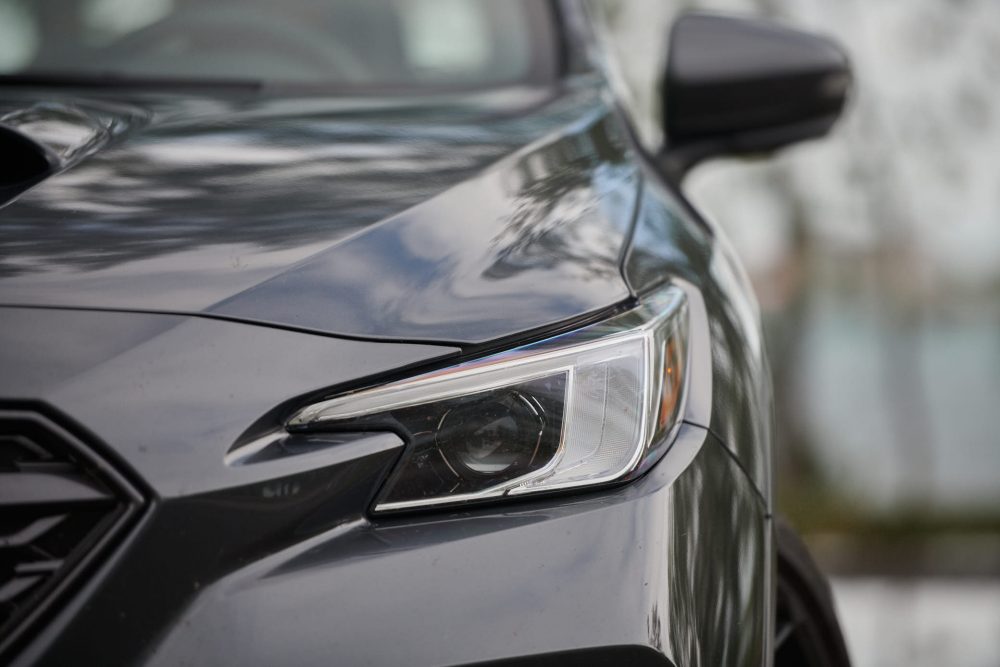 The irony with this engine lies in the fact that although it gains 400 cc of displacement, it’s not necessarily more powerful. Horsepower is raised by only 3, standing at 271. Torque remains unchanged at 258 lb-ft. So what gives? Subaru says this engine is less boost-reliant, meaning there’s more engine and less turbo to play with. Torque also kicks in lower in the rev range now – at 2,000 rpm – with a broader available powerband. 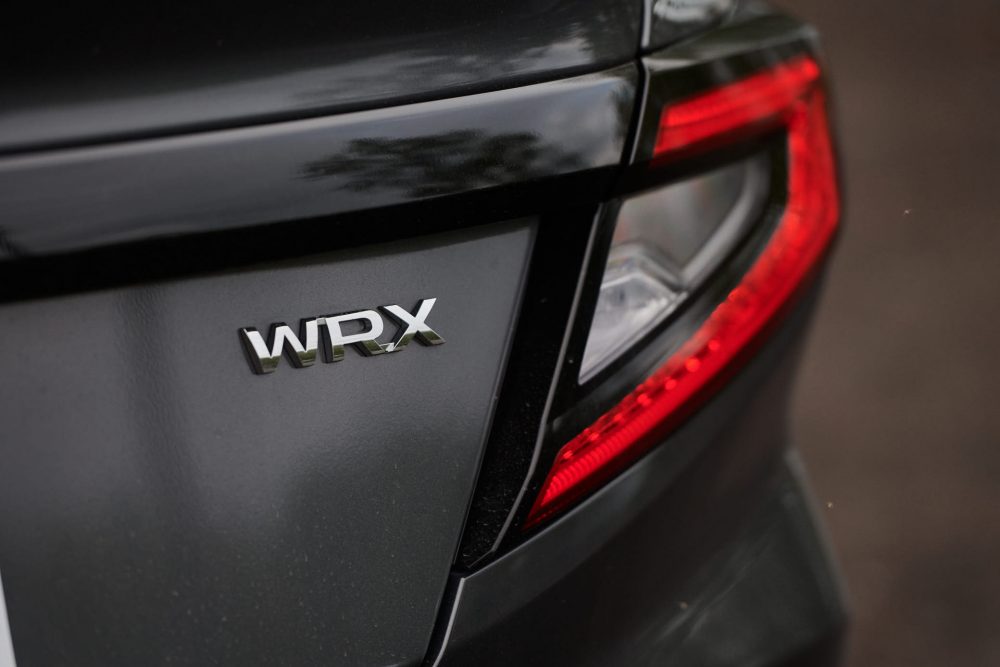 Pricing for the new WRX is still surprisingly affordable, with a base model kicking off at $33,033. A fully loaded Sport-tech with EyeSight stickers at $43,933, but that one comes with a CVT meaning it’s shit. You want your WRX to be equipped with the six-speed manual gearbox like my Sport-tech example ($41,333). The sweet spot of the lineup is the $37,533 WRX Sport. 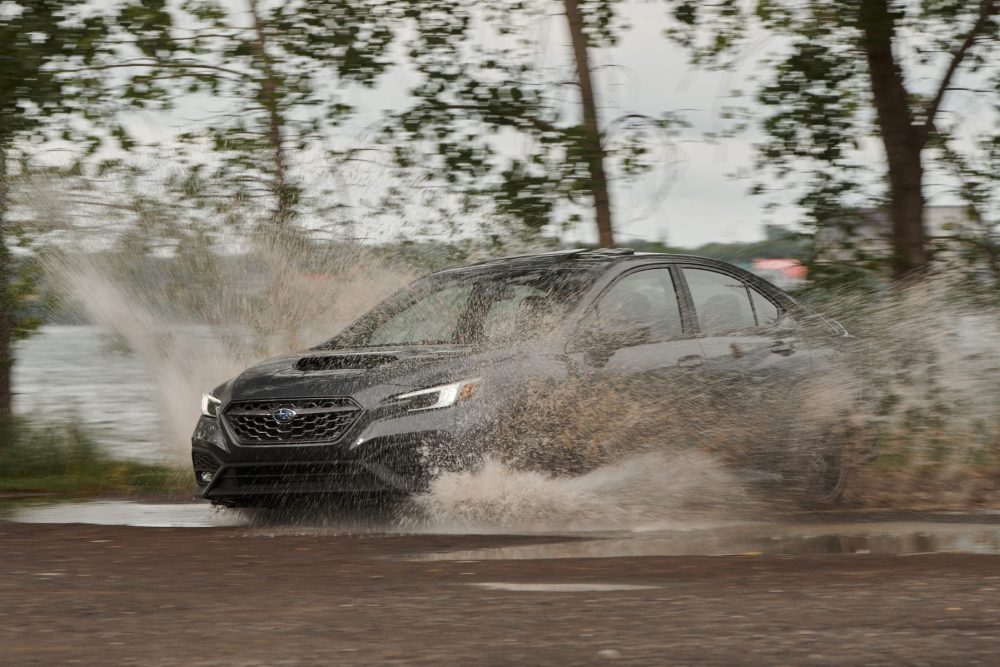 I know, that title is cliché, but in the WRX’s case, driving it as if you just stole a bank and running from the cops really is the best way to enjoy this machine. I mean, even launching it out of the hole requires grabbing the old girl by the scruff of the neck and showing her who’s boss. This means holding the revs up to about 2,500 rpm, dumping the clutch and holding on. Doing so will grant you a clean five-second 0-100 km/h time. 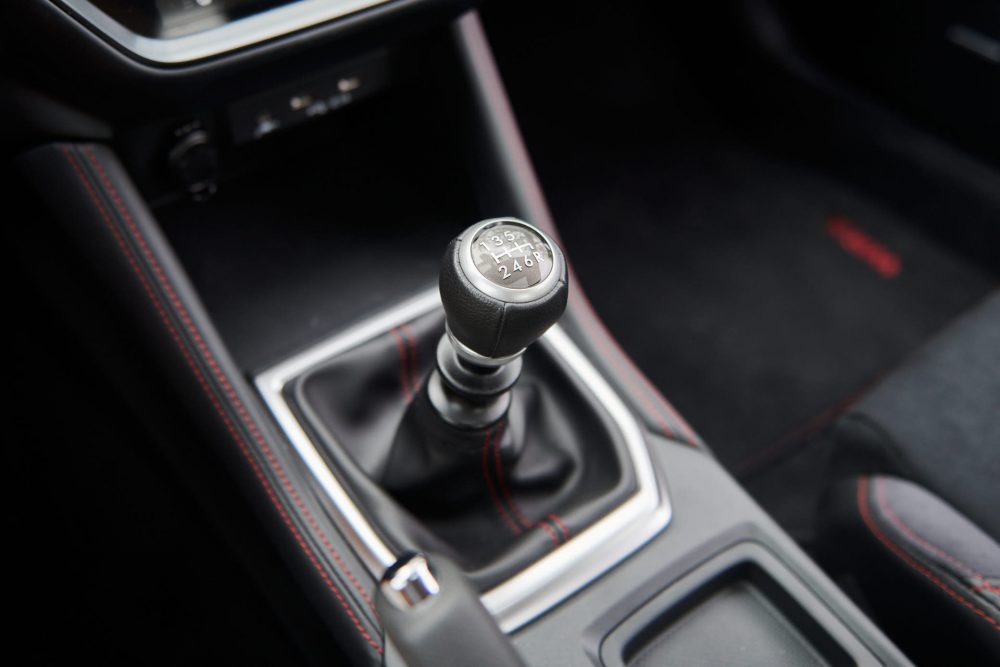 And it’s all done with much more finesse and maturity than before. The new platform gives this WRX augmented reflexes that somehow eclipse the old car. Mind you, that old thing was already quite the athlete. The new engine is way brawnier, delivering a solid surge of bottom end torque and revving smoothly all the way to its 6,000 rpm redline. In many ways, it reminds me of the naturally aspirated BRZ because, well, it’s the same goddamn engine, minus a turbo. 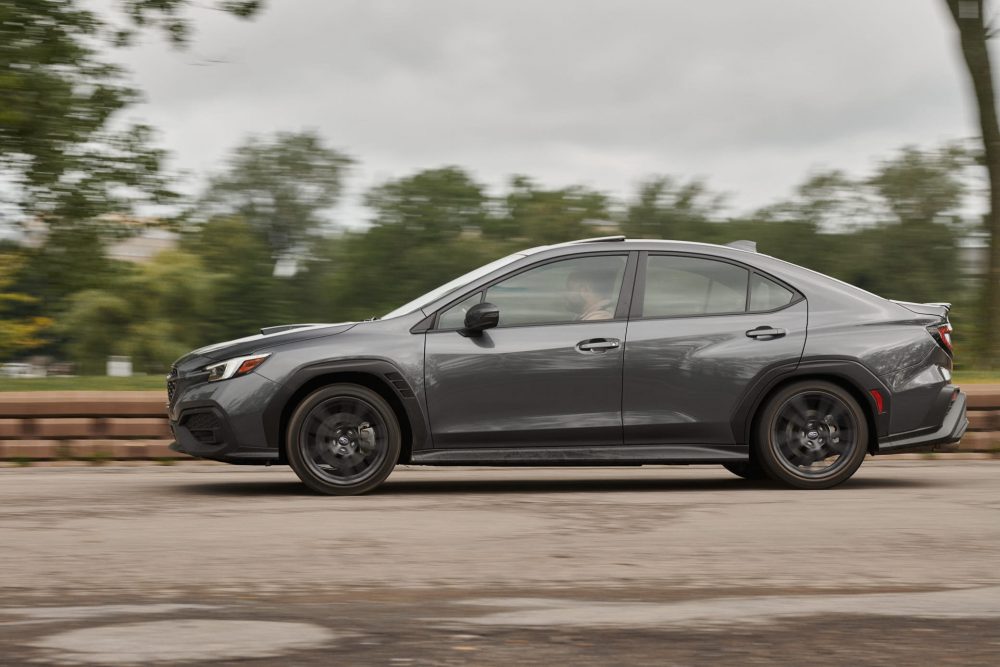 About that Boxer being less turbo-reliant than before. That’s not true. I mean, yes, there’s good torque down low, but that’s thanks to the engine’s larger displacement. You still need to be within the turbocharger’s thrust to really enjoy what this car has in stock. This means you need to row that manual shifter to let the engine sing. Luckily, that’ll be an enjoyable experience thanks to a completely reworked gearbox with shorter ratios and crisp, precise throws. 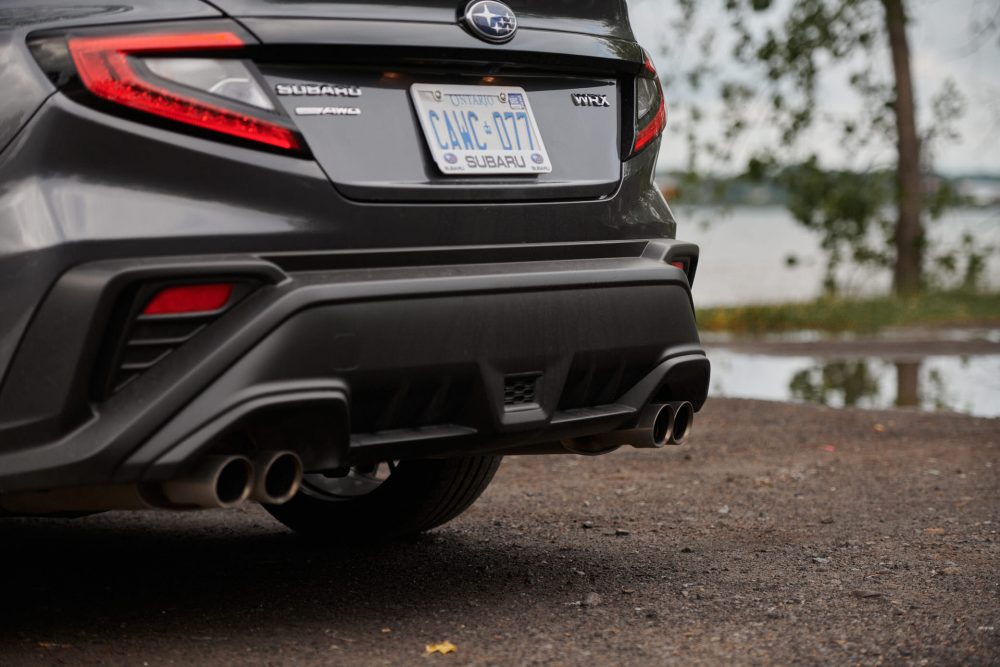 Throw the WRX hard into a corner, and it’ll claw to the road with little instabilities and utmost precision. It simply eats up a broken piece of tarmac thanks to wonderful suspension damping that works on all surfaces. Punch the accelerator pedal while pointing the steering wheel where you need to go, and the car simply executes without hesitation. Catapulting yourself out of a corner like a slingshot in this thing is highly addictive. So is the Boxer soundtrack. 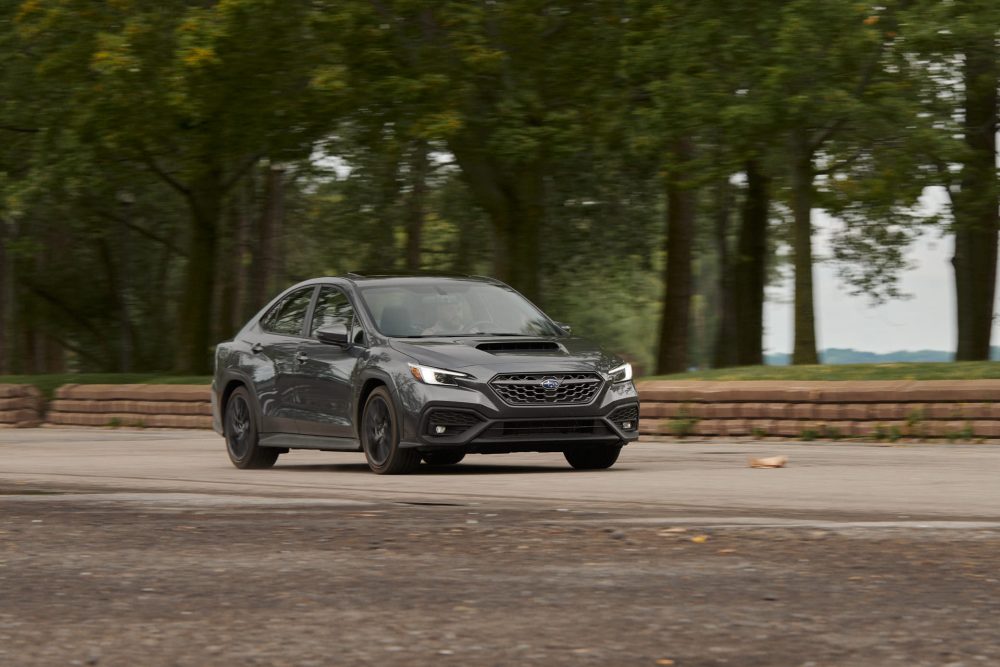 About that soundtrack: cold starting a WRX is as annoying as before. The car hums annoyingly in an attempt to quickly lubricate its engine before you take off for a drive, because, you know, Subaru. But once that H4 is nice and warm, it’s all rather tame and buttoned down, making for the most mature WRX to date.

A new platform also means a new interior, which comes as a welcoming addition for a car that was seriously starting to show its age. While not particularly attractive nor revolutionary, this cabin is well put together and everything is where it needs to be. As a matter of fact, the ergonomics in the new WRX are hands down its best asset, with well laid-out physical controls, a rudimentary yet effective analog gauge cluster and a good-old physical handbrake. Subaru finally integrates its latest Starlink infotainment system. In my case, it was displayed within an 11.6-inch vertical tablet. 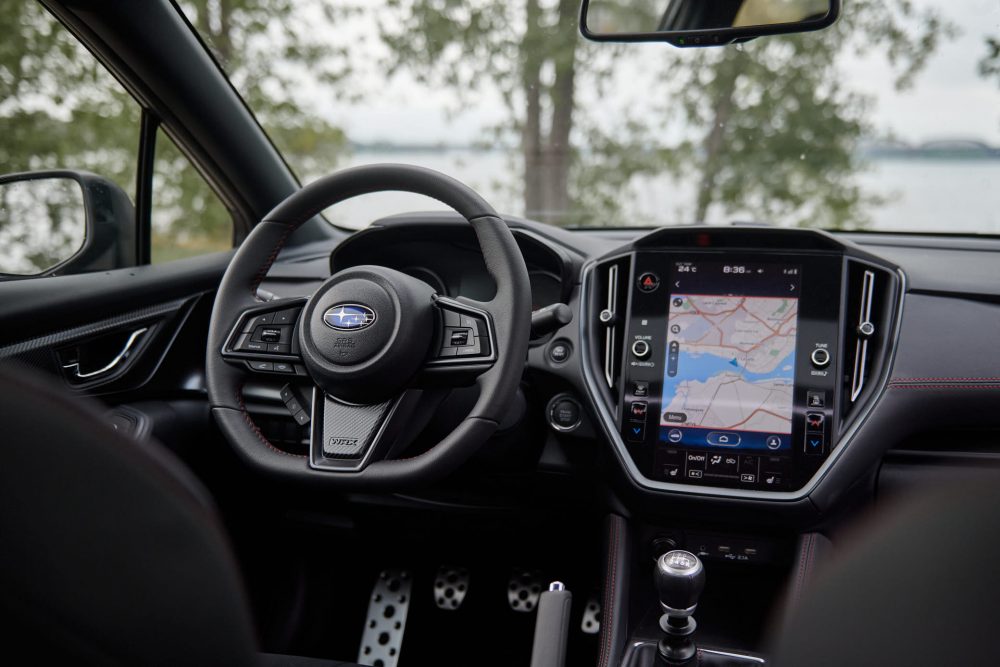 While laggy at times, this tablet remains highly effective in the sense that all functions and controls are easy to get your head around. Special points go to the witty in-car navigation system. I normally use Google Maps through Android Auto since most OEM navigation systems suck. But not Subaru’s. It’s actually quite clever and well detailed. In some cases, it’s even more precise than Google Maps. 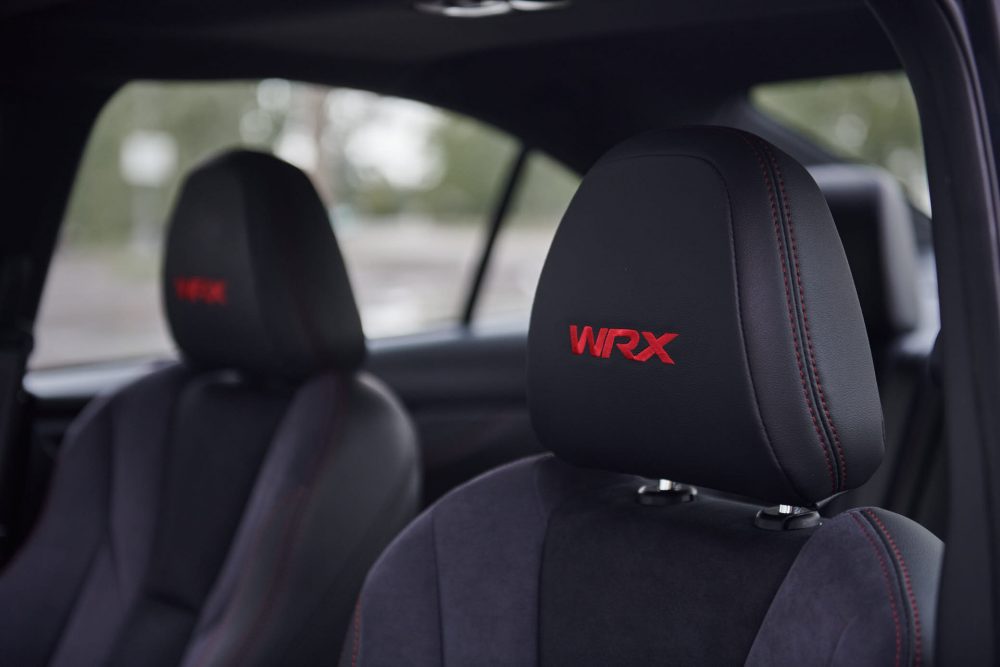 My only gripe with this car’s interior are the very aggressively bolstered sports seats that simply don’t work for wider frames such as yours truly. And for some reason, the steering wheel – while enjoyable to grab and quick to react – either always felt too close or too far away. In other words, you’re never comfortable in a WRX. 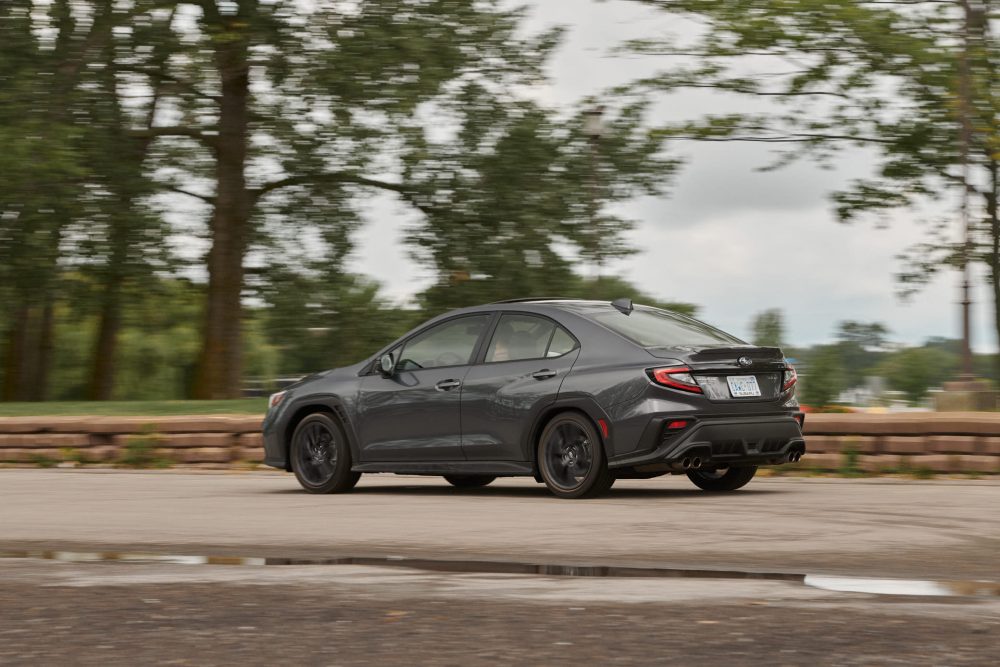 Hey, listen. You may not like the way the 2022 Subaru WRX looks, but I’m here to tell you it’s still a hell of a lot of fun to drive on a curvy piece of tarmac. The beauty with this car is that it’s fun and capable all year-long, no matter the weather and the surface you’re driving it on. Add to that four-door practicality, a decent-sized trunk and running costs that remain somewhat reasonable, and it’s fair to say Subaru still knows how to build a proper rally car for the masses. Hurry up and get one before it becomes yet another electric SUV.