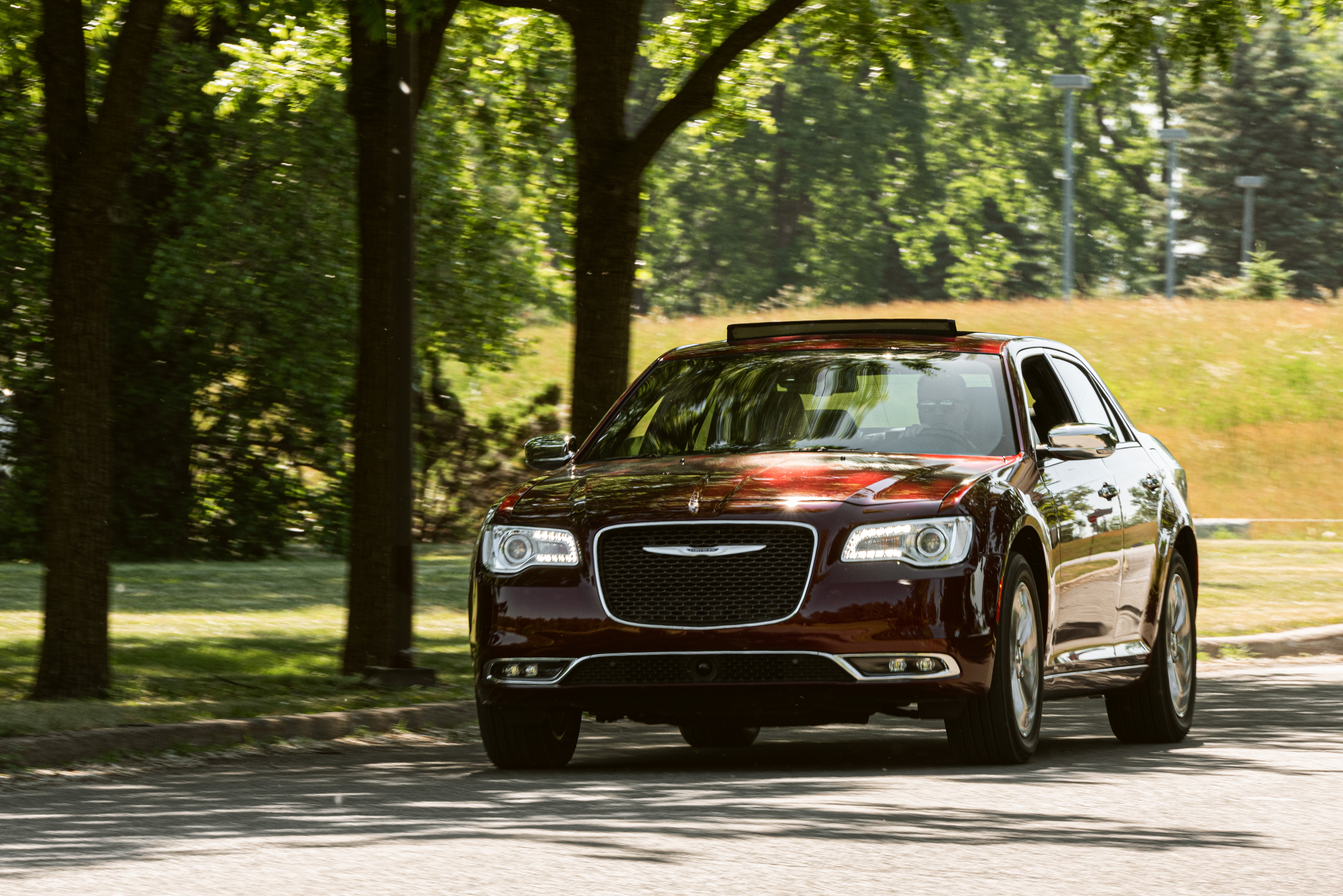 The 2020 Chrysler 300 you see here is pretty much the same car as the 2016 Chrysler 300 I drove four years ago, but that’s partly why I like it so much. Fine, it’s old, very old actually, but that’s probably its only real problem. Because the 300 is one of the last true great sedans left, a segment of automobile that’s disappearing before our very eyes. 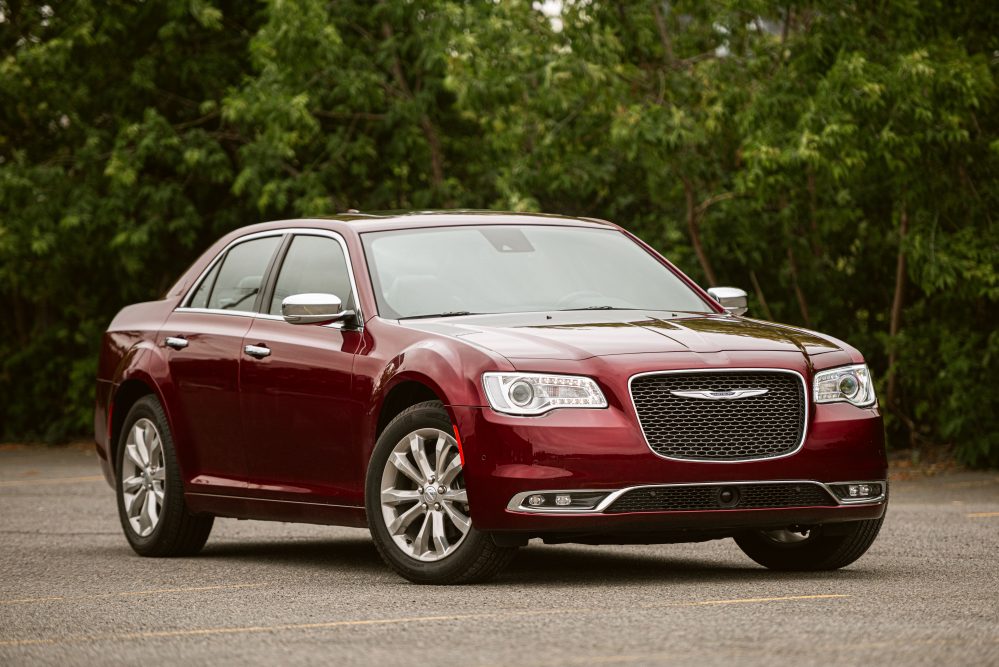 I was in College when Ralph Gilles designed the fist 300 concept car for the New York Auto Show back in 2003. I remember being absolutely mesmerized by its retro-futuristic Dick Tracy styling. It reminded me of all the cool old Chryslers my dad would talk to me about from his youth, but also, ironically, the god-awful K-car-derived Chrysler LeBaron he also owned. Except, the 300’s design projected the Chrysler brand into a fresh, cool and brighter future. 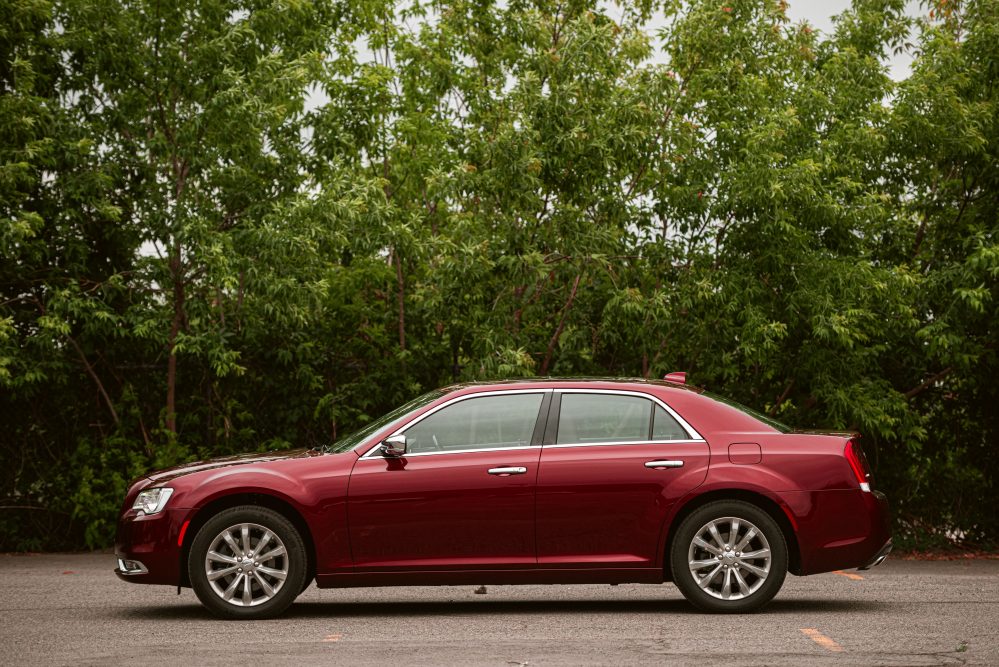 That iconic look still sticks today. It’s a beautiful sedan this one, an all-American car that has presence, character and an all-out “I don’t give two shits” attitude. Incremental changes have also allowed the 300 to remain relevant during its 15-year lifespan. 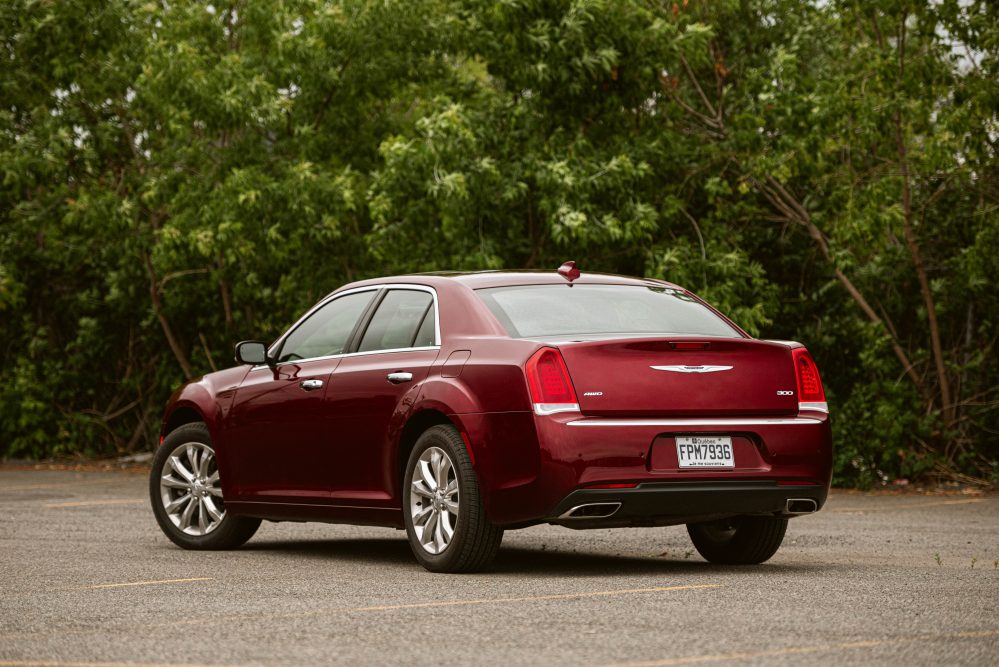 For the the 2020 model year, it’s all pretty much the same basic recipe but with a few new paint colors. Consumers can choose between four available trim levels: 300 Touring, 300 S, 300 Limited (as tested) and 300 C, plus two engines are available. The base 3.6-liter Pentastar V6 can be had with rear or all-wheel-drive. Mated to an unchanged ZF eight-speed automatic gearbox, it’s rated at a class-competitive 292 horsepower and 260 lb-ft of torque. 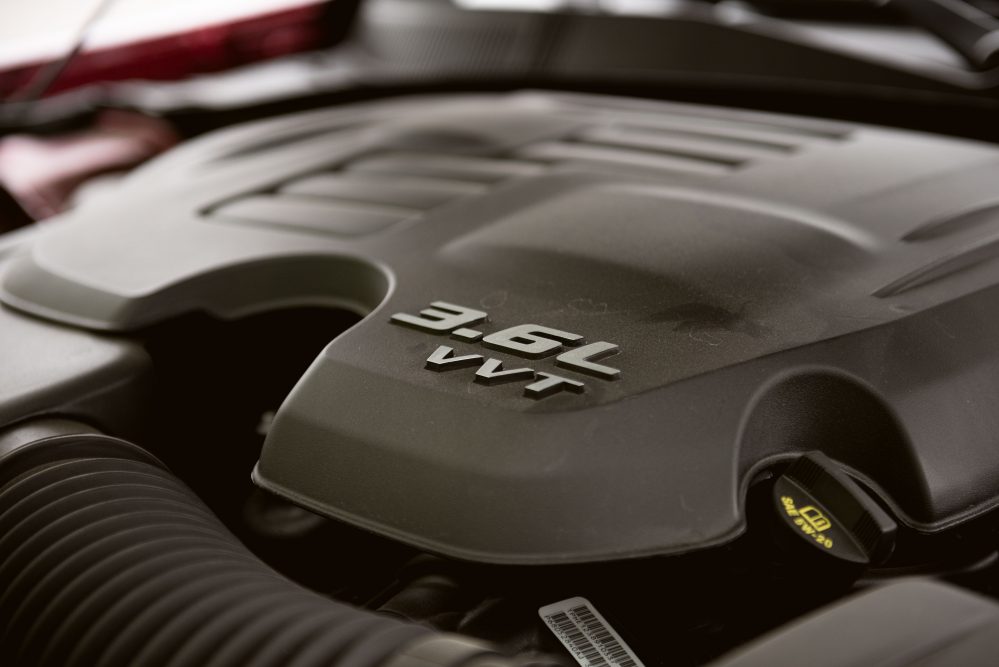 The second engine, however, is a bit more of a peach, which you can read about in my review of the thing. It’s a 5.7-liter HEMI V8 good for 363 horsepower and 394 lb-ft of torque, which sends its power the rear wheels only. This makes the Chrysler 300 the only mainstream sedan currently available with a V8 engine and rear-wheel-drive. Competitors for the 300 are therefore rather scars. It now mainly competes against the Nissan Maxima, the Toyota Avalon and, up until the end of this year, the Lincoln Continental. 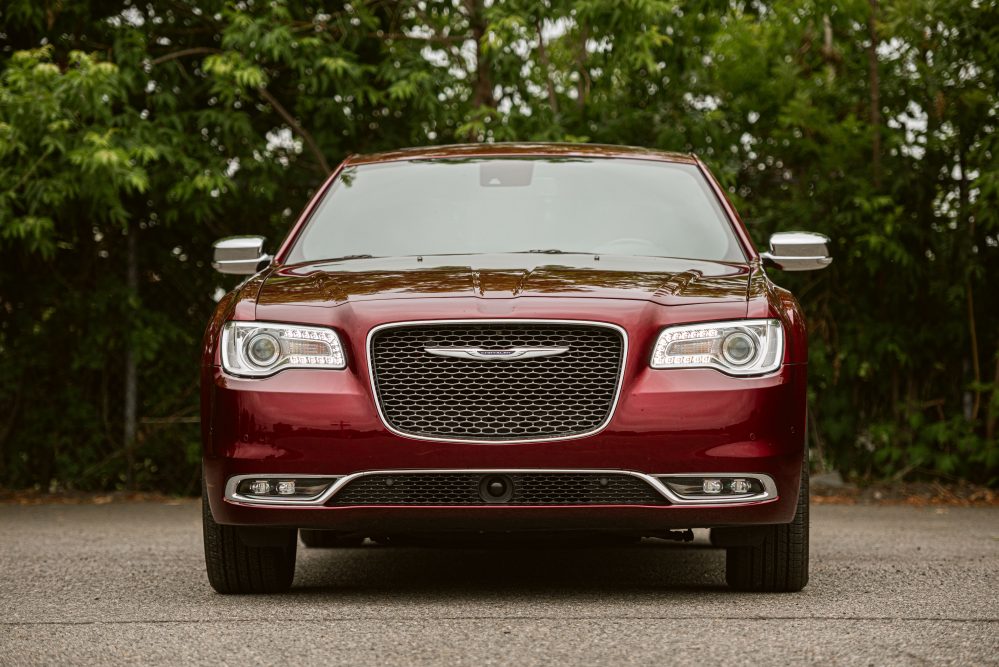 Pricing kicks off $34,545 for a rear-wheel-drive 300 Touring with the V6. Add about $2,000 extra for all-wheel-drive. My tester – a Limited with all-wheel-drive – had a slew of options grafted onto it, like 20-inch wheels, a heated wood-leather steering wheel, an upgraded Harman Kardon sound system, and a generally classier look overall. It stickered for a frankly ridiculous $57,185, and still didn’t have a V8. 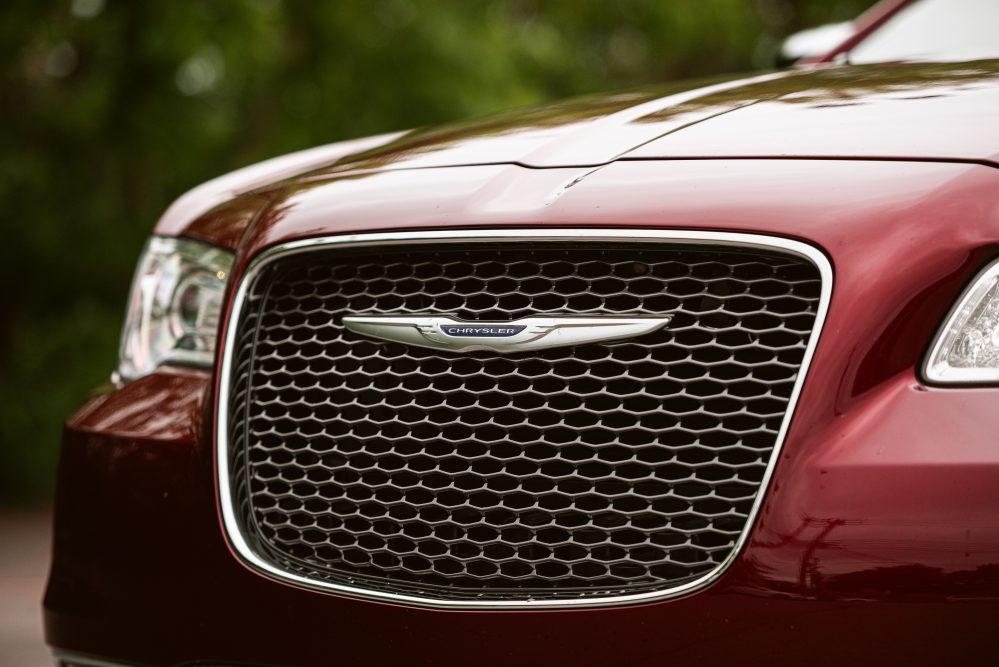 I therefore continue to believe that the best value remains the 300 S with the HEMI. Opting for that option will keep it under 45 grand; a fair price for a cool-looking and frankly quick sedan such as this.

Still Got The Moves 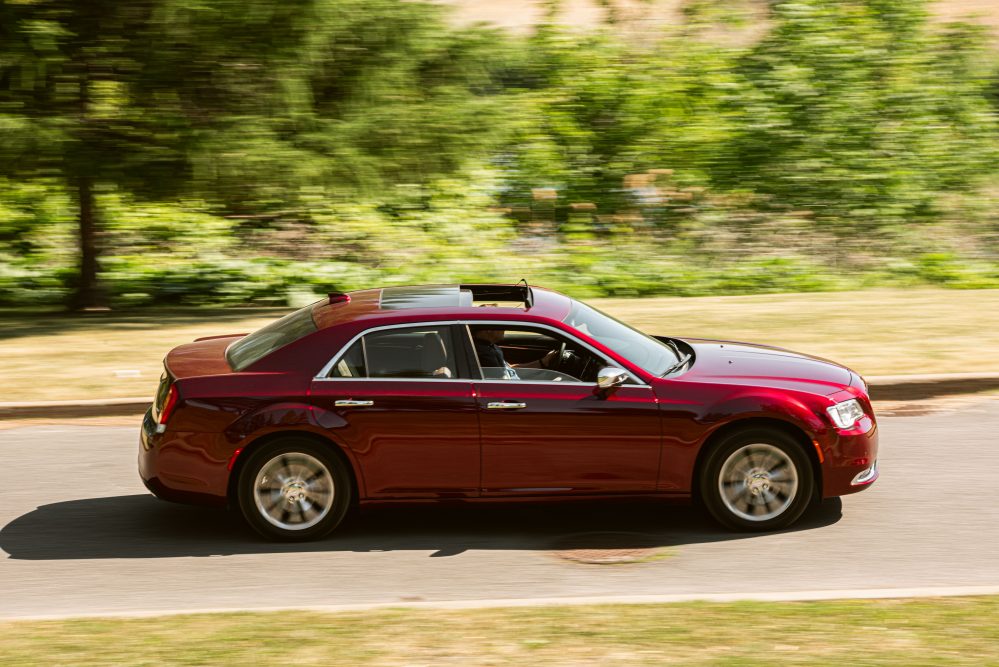 It’s easy to laugh at the Chrysler 300 for riding on an old Mercedes-Benz platform from the mid nineties, but you know what? It’s still damn good. That’s also the platform that underpins the 800-horsepower Dodge Challenger Hellcat Redeye by the way. 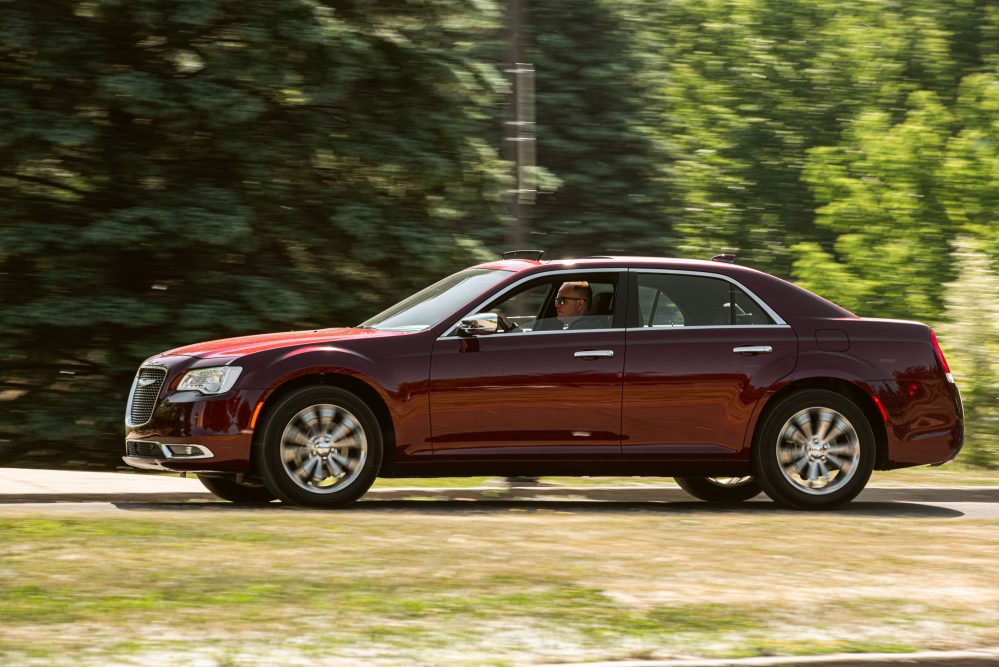 While rough and a little scrappy around the edges, the 300 has a buttoned down and solid feel as it tackles on a corner. Of course, body roll is felt and the car is large and heavy, but there’s also a sense of playfulness that reveals an otherwise well-focused chassis. 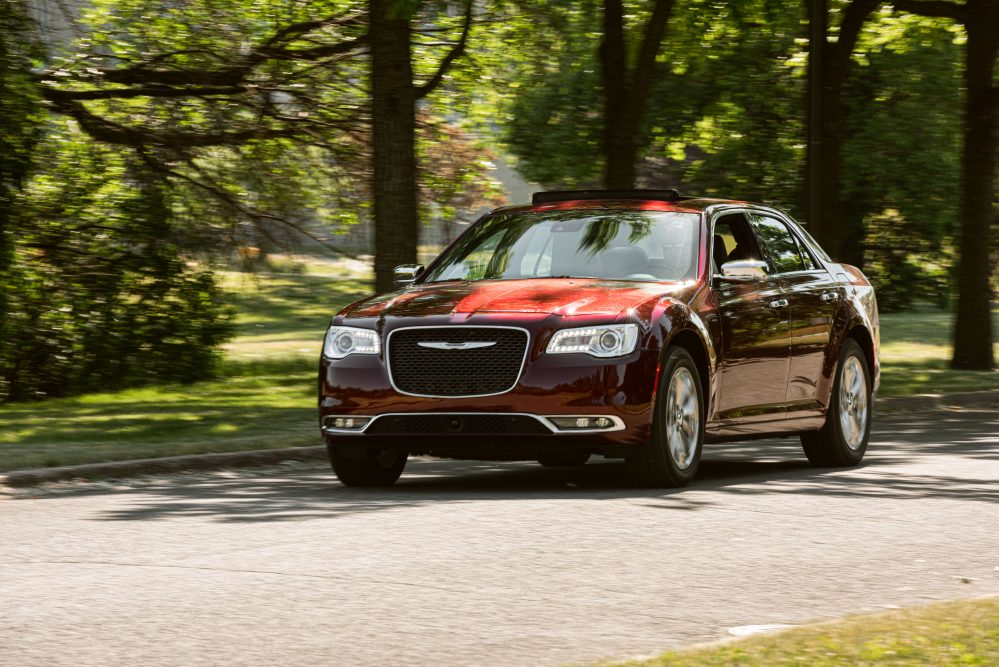 The V6 engine provides more than ample thrust, but it doesn’t quite match the V8’s smoothness and instant throttle response. But it gets the job done, allowing the 300 to smoothly escape into the distance as it sings pleasant Pentastar melodies down the road. 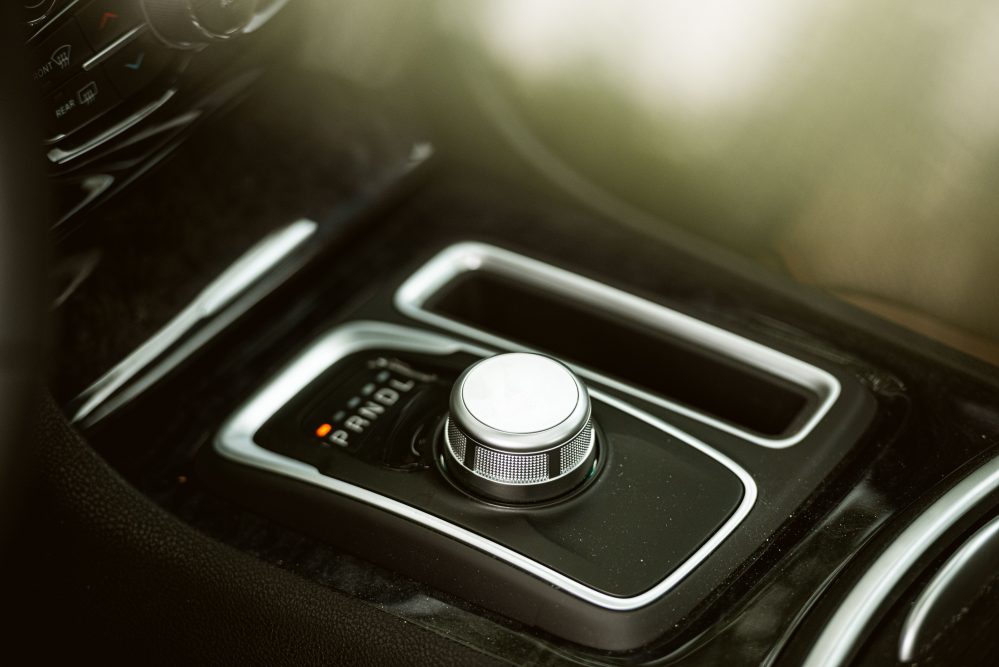 The eight-speed transmission is great until it isn’t. There’s at times a clunky feel upon downshifts and a hesitation to hand you over another gear. It seems to better operate when you drive it like a hooligan. Casual driving reveals a lack of refinement and, perhaps, dated software calibration. 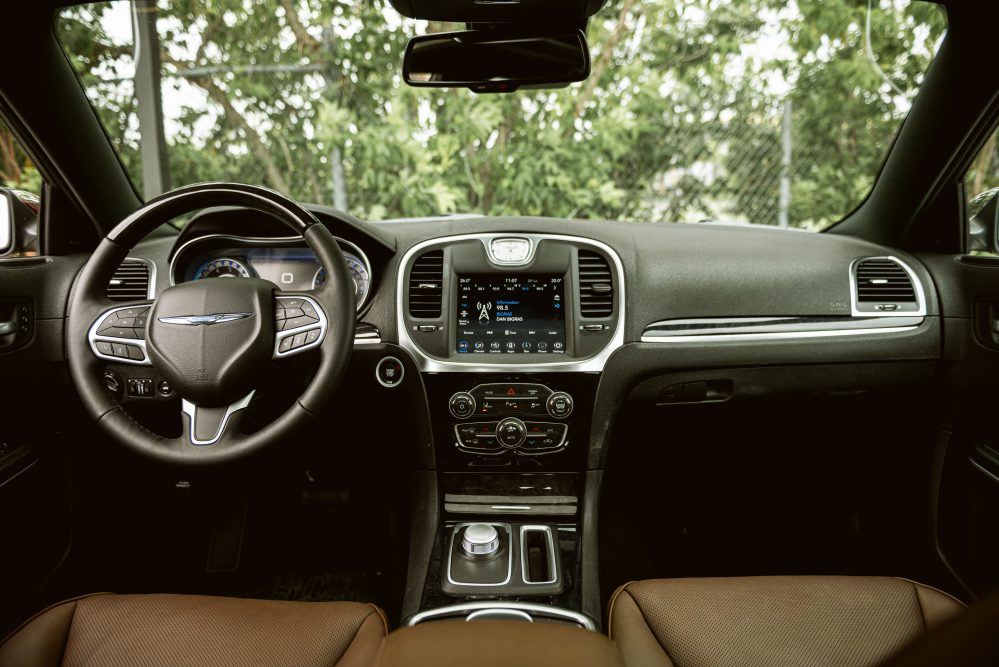 The 2020 Chrysler 300’s large steering and flat dashboard give it a boat-like feel on the road, but there’s also a general sense of confidence that transcends as you peel away the onion, making it a rather charming place to spend some time in. Interior cabin design is somehow holding up after all these years, but it’s also kind of where things start falling apart, revealing an almost ancient use of ergonomics and storage solutions. 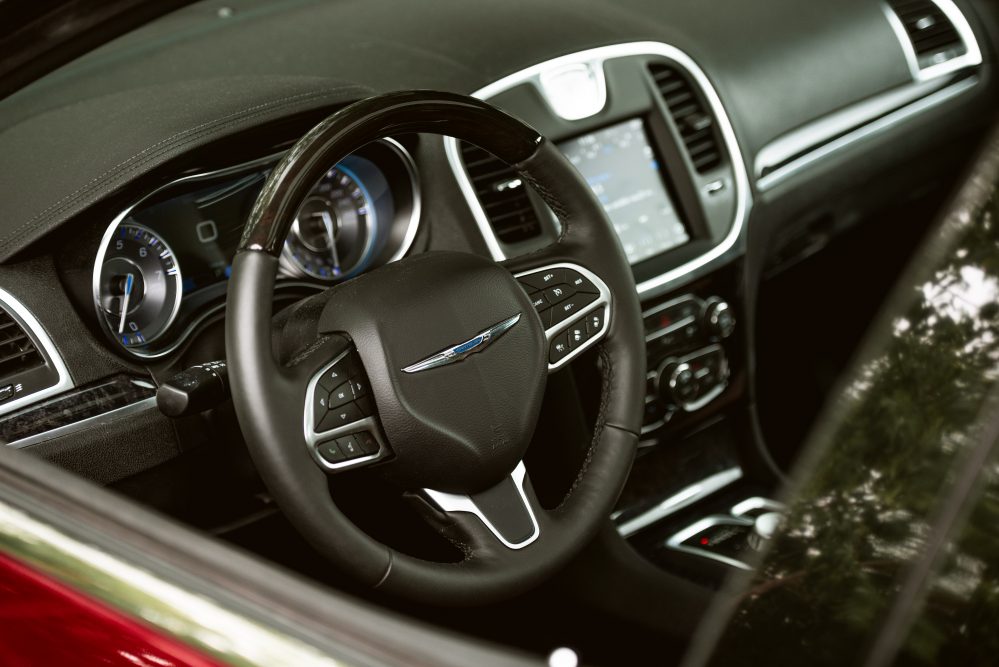 While Chrysler does a generally good job of spicing up the cabin with good-looking materials, some touch points reveal hard plastics that are synonymous with classic Detroit cost cutting. Makes you wonder why FCA is asking so much for this thing. 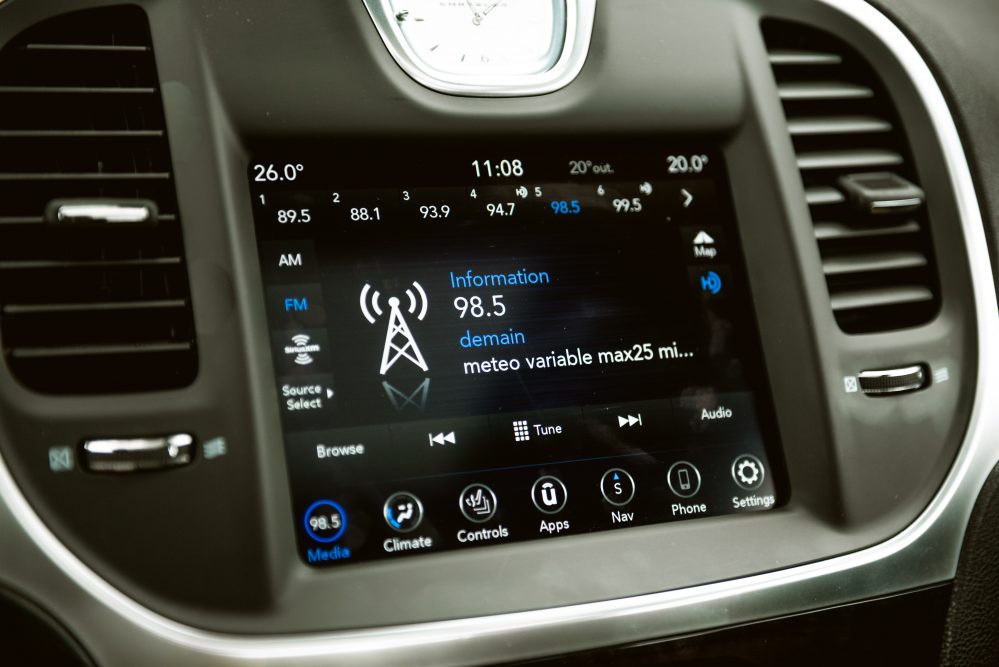 That being said, I have absolutely no complaint about the UConnect infotainment system, which is still at its fourth iteration for this model. While also showing some age, it remains simple, intuitive and downright well thought-out. Menus are easy to find, touchscreen commands respond quickly and the redundant physical controls remain an enjoyable touch. 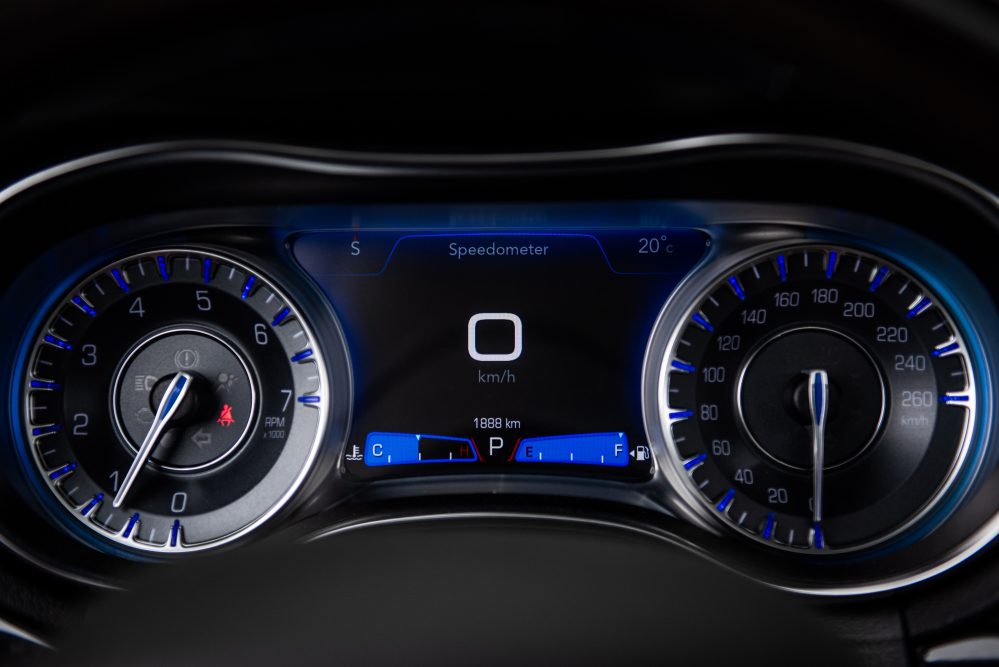 Rear seat room in the 2020 Chrysler 300 is generally good for this type of car, but it’s hard to ignore the enormous transmission tunnel that ensures a rear-bias drivetrain. You just can’t have it all. The car’s roofline does lead to lower than expected head clearance for tall people, but overall passenger space is good. 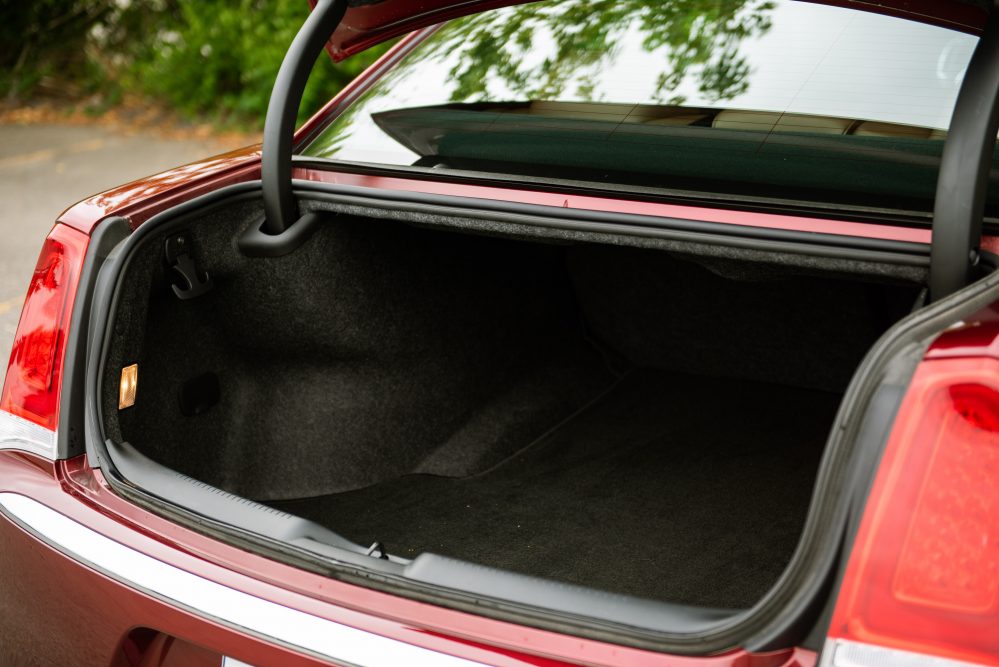 And it’s the same story for the gangster-style trunk, which will engulf up to 461 liters of your gear. Yes, that’s large enough to fit an adult-sized corpse.

Think FCA has plans to kill off the Chrysler 300 like so many other American sedans? Chrysler did sell well over 30,000 units in the U.S. in Canada alone in 2019. But that’s a 50% drop from the year prior. In other words, the 300 is still selling, but not like it once did. 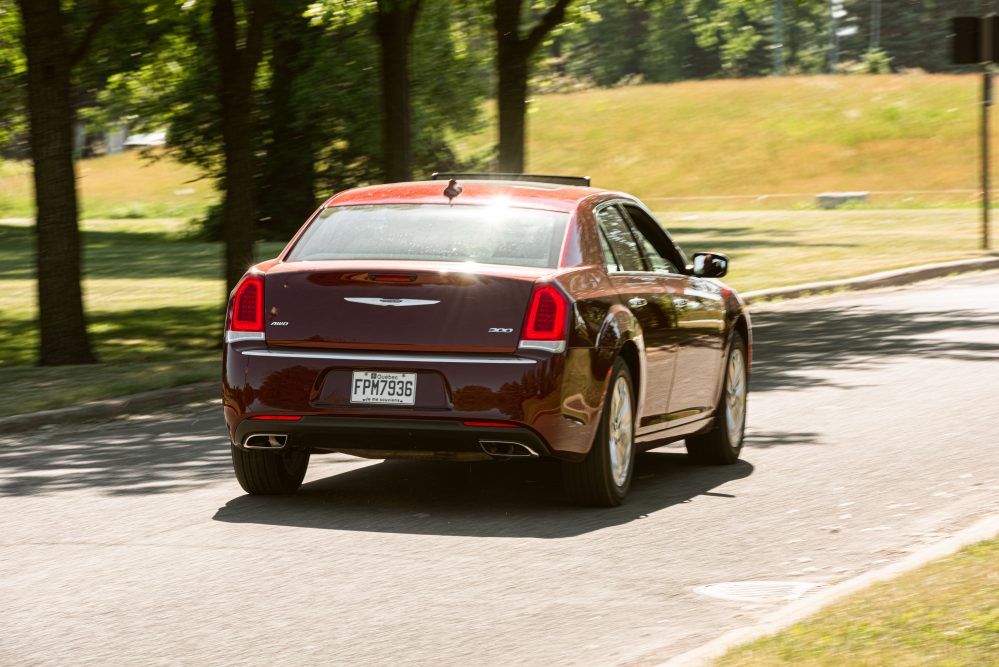 Like a washed up country music signer who’s glory days are now far in his past, the 2020 Chrysler 300 has come to a crossroad, one that will determine the faith of the last standing true American sedan.