2020 Jaguar F-Type Is A Celebration Of Automotive Design

The day I parked the 2020 Jaguar F-Type in my driveway, I was having a hard time believing that it’s been on the market for a total of seven years unchanged. That’s unreal. This car still looks new, fresh and modern. That’s when I realized that you simply can’t argue with a beautifully designed car. The F-Type will always look good, no matter how old it gets. It’s a celebration of great automotive design, and proud salute to Ian Callum’s departure at Jaguar. Driving it also revealed what is still a fantastic sports car.

The Heat Is On 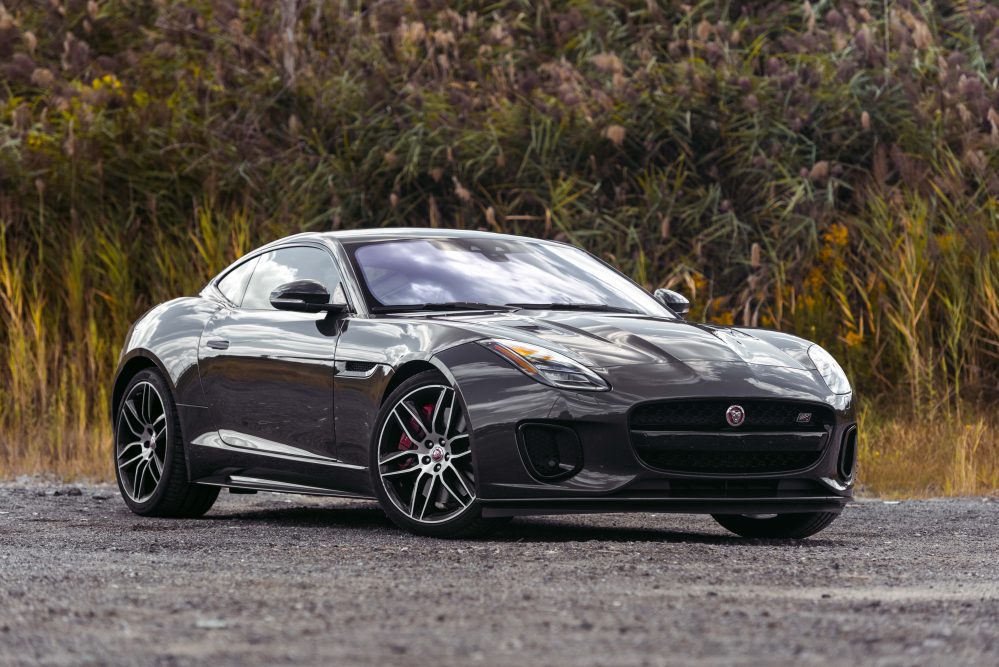 Ever since the F-Type was first released back in 2013, the world has seen a wide variety of fantastic sports cars, some of which  from mainstream brands. I’m thinking of the 2020 Toyota Supra, which could give this Jag a hard time, and on which I’ll be writing about here soon.  It’s becoming harder and harder to justify the poor old F-Type’s high sticker price. That said, it’s still a charming kitten. 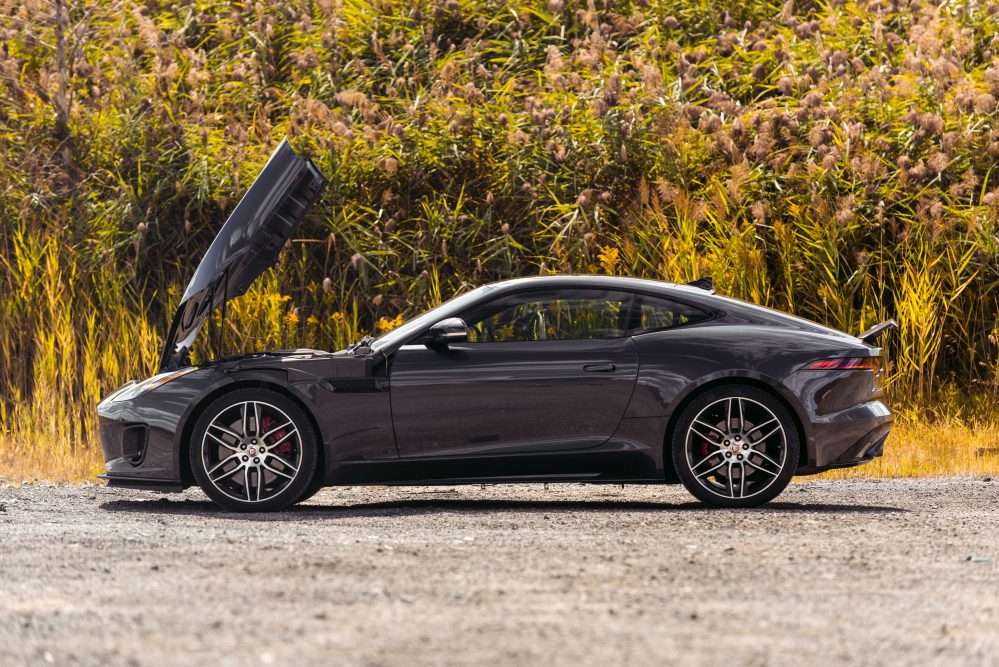 I’ve always considered the 2020 Jaguar F-Type as the British interpretation of the Ford Mustang. For starters, it’s a front-engine, rear-wheel-drive layout, where you sit far back on the rear wheels, peaking over a long, bulging hood. Except, the F-Type is significantly more civilized than the American opposition.  Other  confession:  I still  find  this  to  be  the  prettiest  automobile  currently  on  sale. 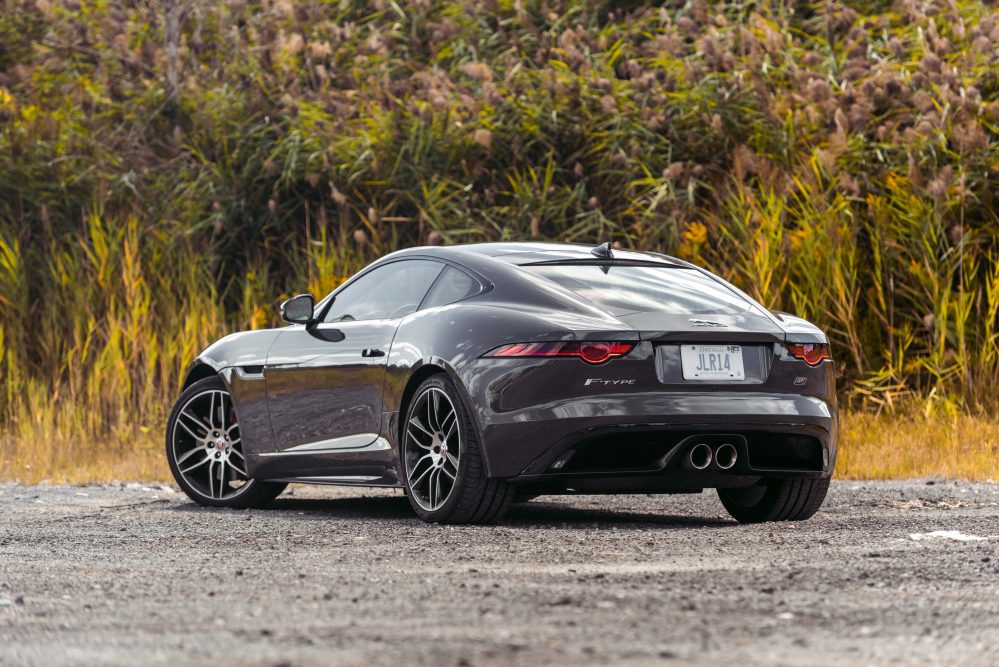 The F-Type was also the car that put Jaguar back on the map. After being purchased by Indian car maker Tata Motors in 2012, Jaguar was suddenly infused with a fresh dose of money to come up with its own projects. With Ian Callum at the head of its design, the F-Type was the car that would reboot the entire brand. From it has stemmed other superbly styled vehicles like the F-Pace, the XE sports sedan, and, my current favorite electric car, the Jaguar I-Pace. 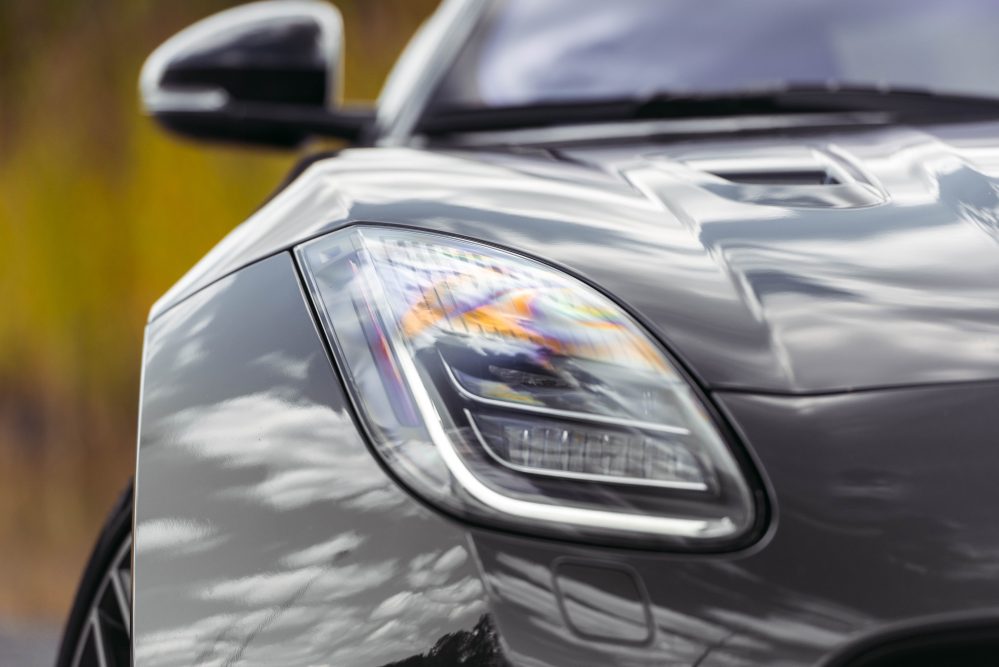 While yes, it does somewhat lag behind other similarly priced sports cars in terms of all-out performance and handling, the F-Type remains a formidable companion on a twisty road, all while looking absolutely stunning along the way. Its best quality is its ability to come in a wide variety of configurations, either in convertible or coupe form, and powered by different engines, from a 2.0-liter turbocharged four, all the way to a firebreathing, 575-horsepower V8. 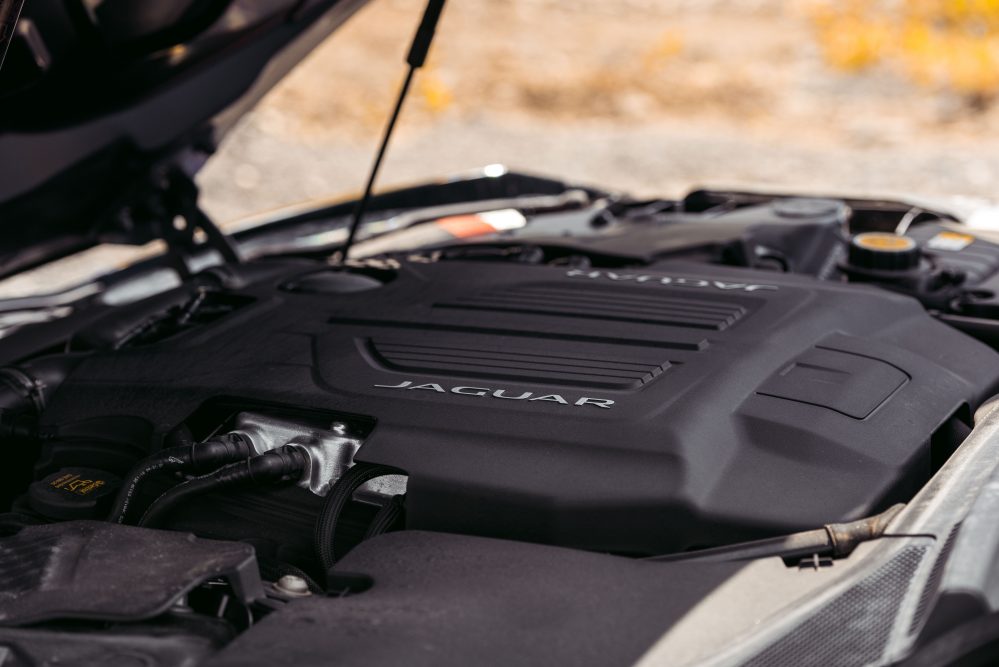 My tester, a special edition Checkered Flag model which is all-new for the 2020 model year, is by far my favorite of the lineup due to its supercharged 3.0-liter V6 powerplant, an engine that not only gives the F-Type a wonderful balance of performance for your dollar, but also just the kind of character you want from your British sports car. In this form, the F-Type is good for a claimed 380 horsepower and 339 lb-ft of torque. 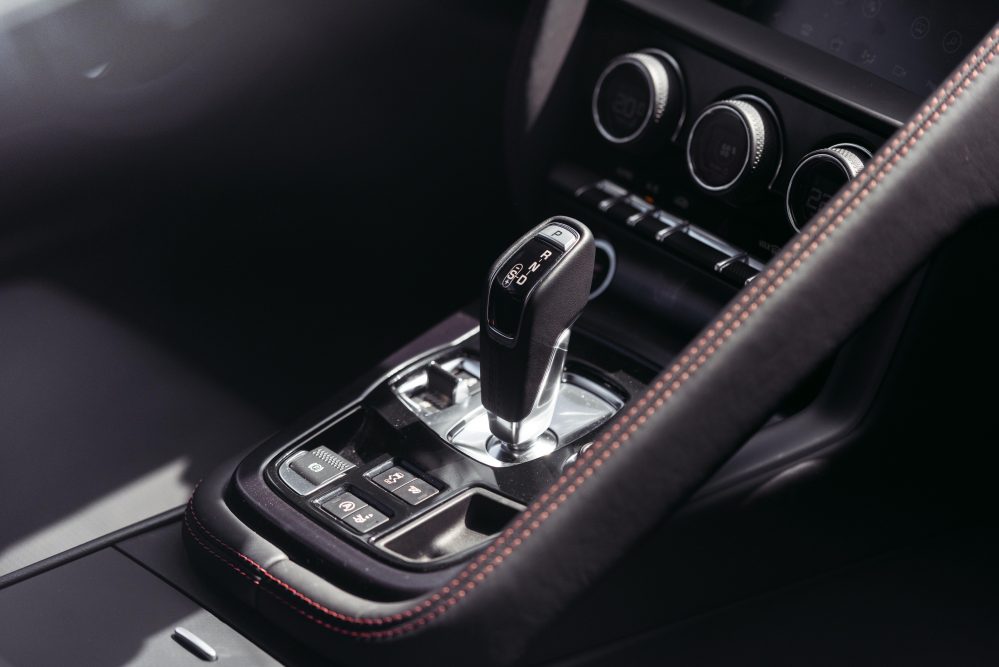 It comes standard with rear-wheel-drive and an eight-speed automatic gearbox. Sadly, the manual transmission is long gone for the F-Type. In this trim, my press unit, which had the optional all-wheel-drive system, stickered for a solid $107,722. Yes, a hard pill to swallow. 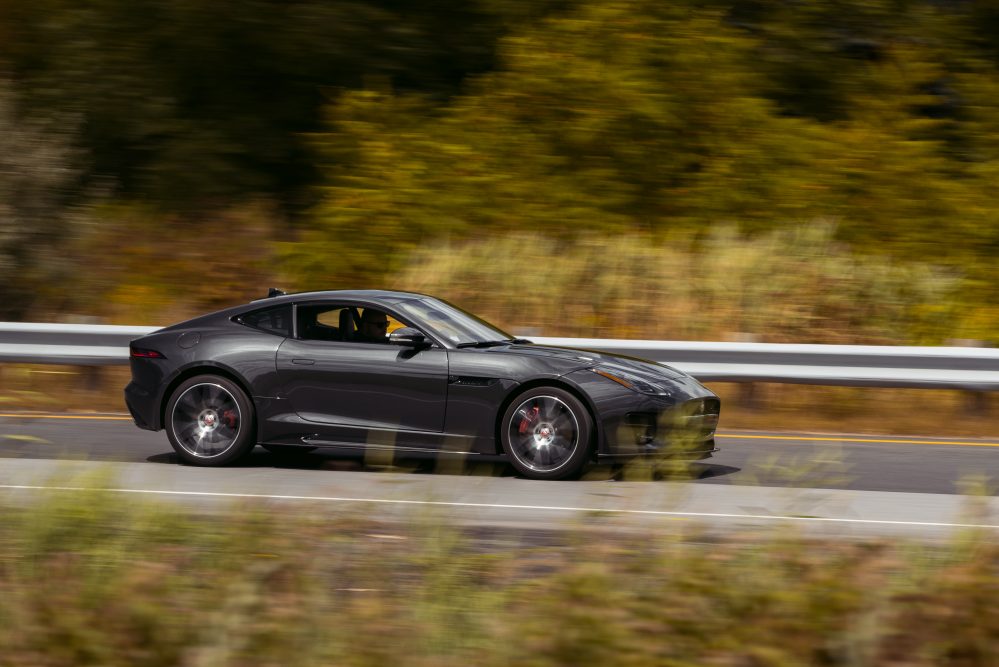 Because at this price, you’re knocking at the door of a Porsche 911 Carrera or a Chevrolet Corvette, sports cars that would obliterate this cute little Jag in every possible performance metric.  And  the  cheaper  Ford  Mustang  Shelby  GT350  could  definitely  hurt  the  F-Type’s  ego  on  a good  track. 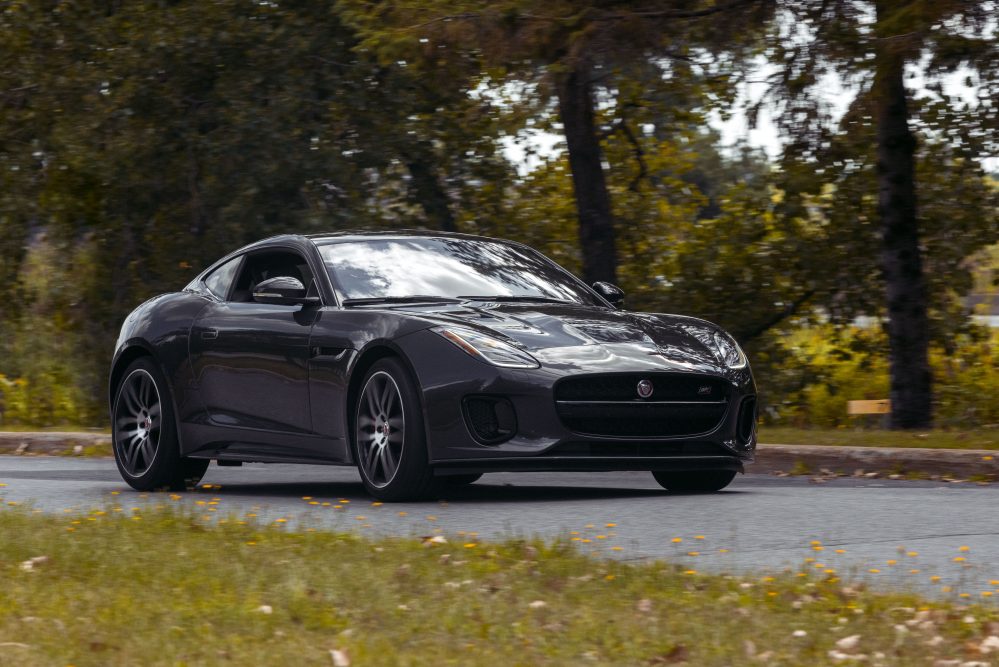 But the F-Type has other tricks up its sleeves. First, it looks absolutely gorgeous. Everywhere I drove this thing, it got its share of positive reactions, thumbs ups, photos and stares. From every angle, this Jag has the swag. I’m a personal fan of its rear three-quarter section, where its clean, tapered roof meets its bulging rear fenders. Twin-center exhausts reveal the V6 engine that lies underneath  it  hood. 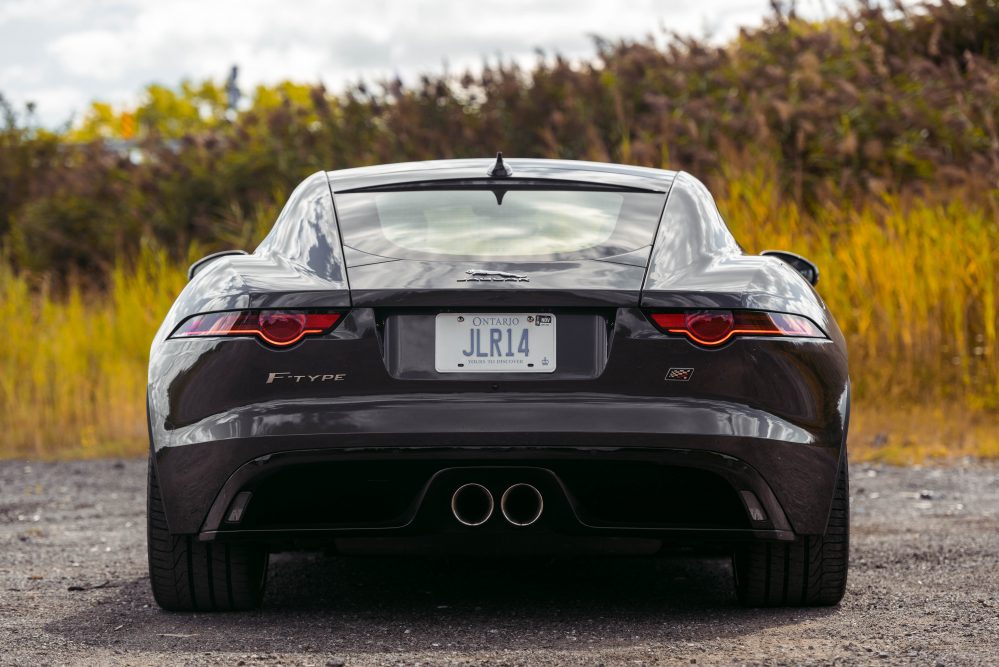 Speaking of engine, its a peach of thing, zipping urgently to redline with smooth power delivery as the supercharger kicks in low in the rev range. Oh, yeah, did I mention how this thing sounds? Did I? Because in case you didn’t know, the 2020 Jaguar F-Type sounds like Zeus taking a massive, painful dump. In other words, it sounds absolutely ungodly. 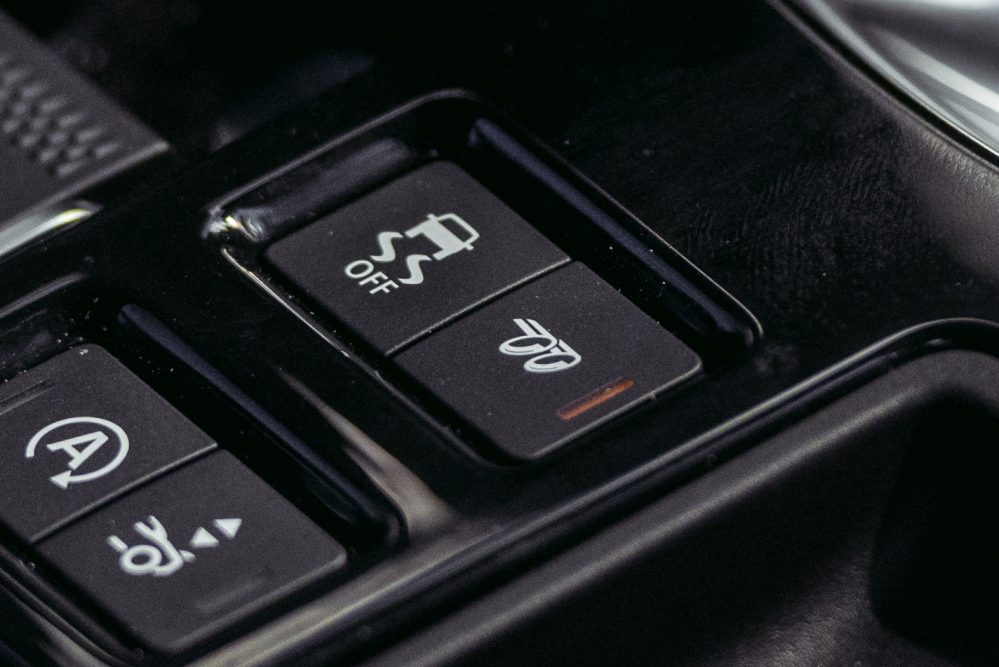 The craziest part of its sound, is that if you haven’t had enough, Jaguar has fitted the car with a cute little button on the centre console to enhance it. Click on it, and that twin exhaust back there crackles, pops and shrieks as that gem of a V6 eagerly revs, snarls, and laments itself as its climbing to its rev limiter. Absolutely filled with soul and character this car, something its German rivals can’t exactly brag about. 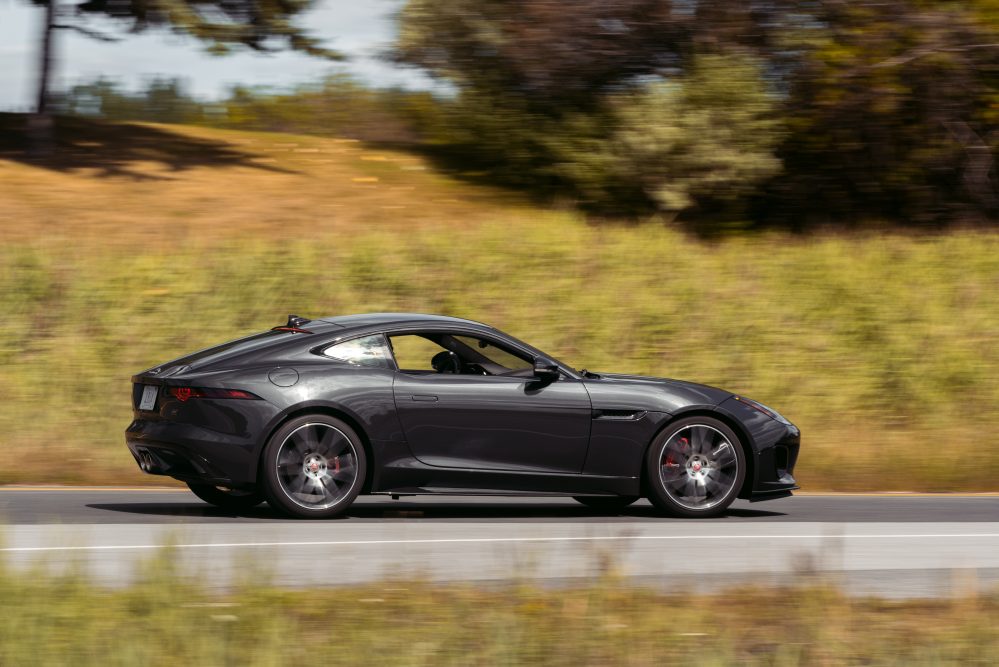 Is the supercharged V6 Jaguar F-Type a fast car? It is, but not more so than, for instance, a Ford Mustang Bullitt. There’s good power here, but nothing to actually scare you per se. Also, that all-wheel-drive system is frankly quite smart, where it sends most of the power to rear first and only kicks in when you’re really in trouble. This means that yes, upon corner exit if you dare give it too much throttle too soon, it will kick its beautiful rear out, without causing too much damage along the way.  The  front  wheels  will just  casually bring  you  back  in  your  line. 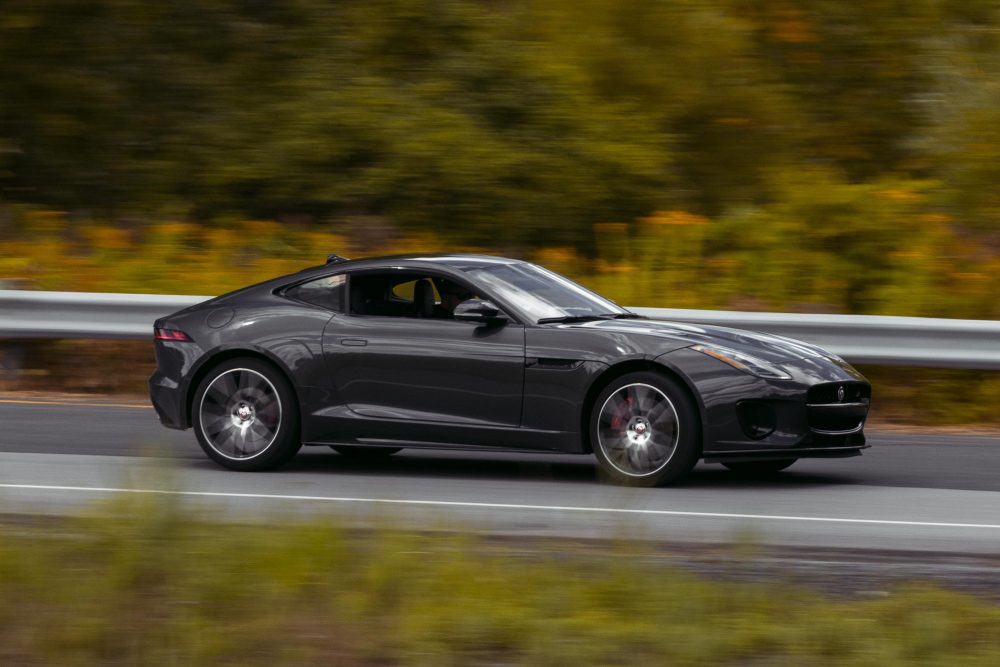 The chassis is nimble and wants you to toss it around. And while all around visibility is not this car’s best asset, there’s a nice solid feel in the way it drives, which adds to the feeling of driving something expensive. I also totally dig the tiny rear wing that retracts in your rearview mirror, with the Jaguar logo, once you pass 110 km/h. 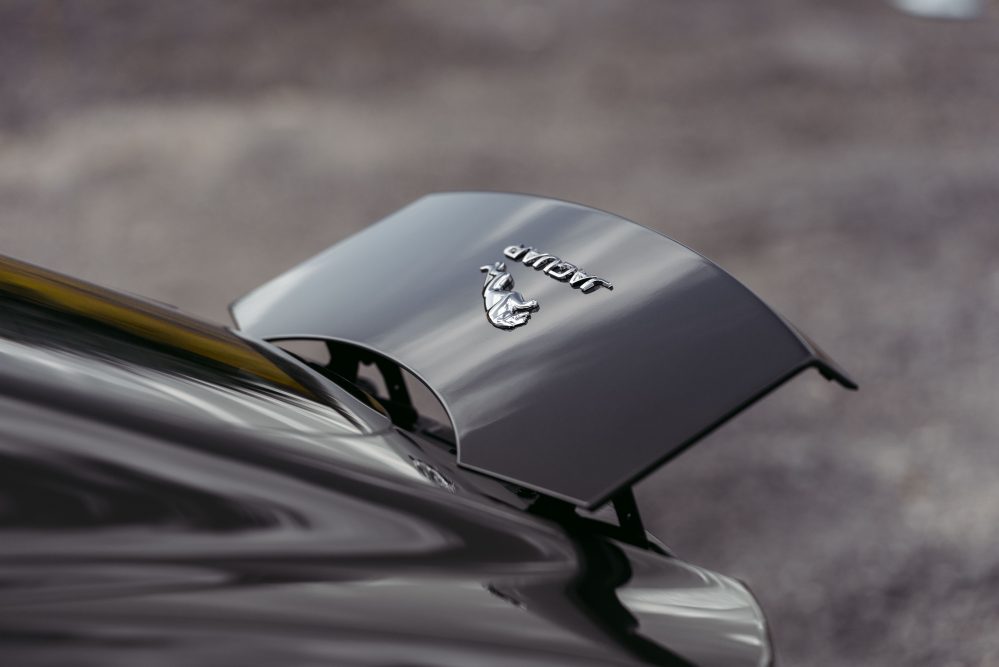 And I will say that the eight-speed transmission has the same kind of fluidity as the engine itself. As a matter of fact, this is a formidable duo, and never did I miss having a clutch, with quick and raspy shifts that added to the excitement of revving out the thrilling engine. 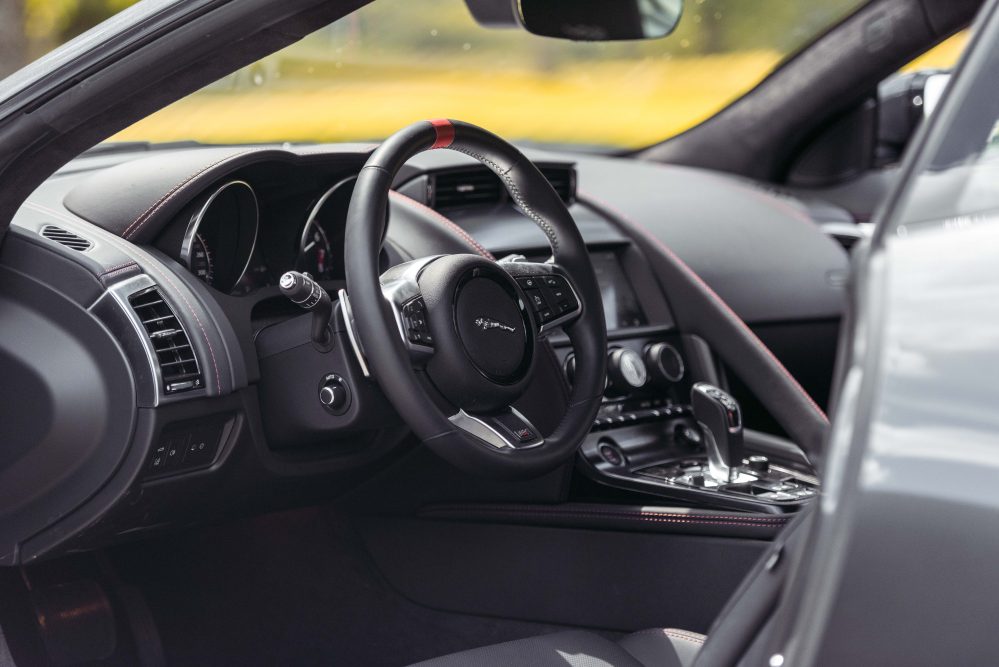 But where the F-Type really impressed me was in how comfortable its interior is. Those seats not only look fantastic, they’re immensely supportive for long rides. The F-Type’s cabin design has also aged gracefully with an elegant, yet functional look, where analog gauge readouts give the car the proper look of a gentleman’s coupe. 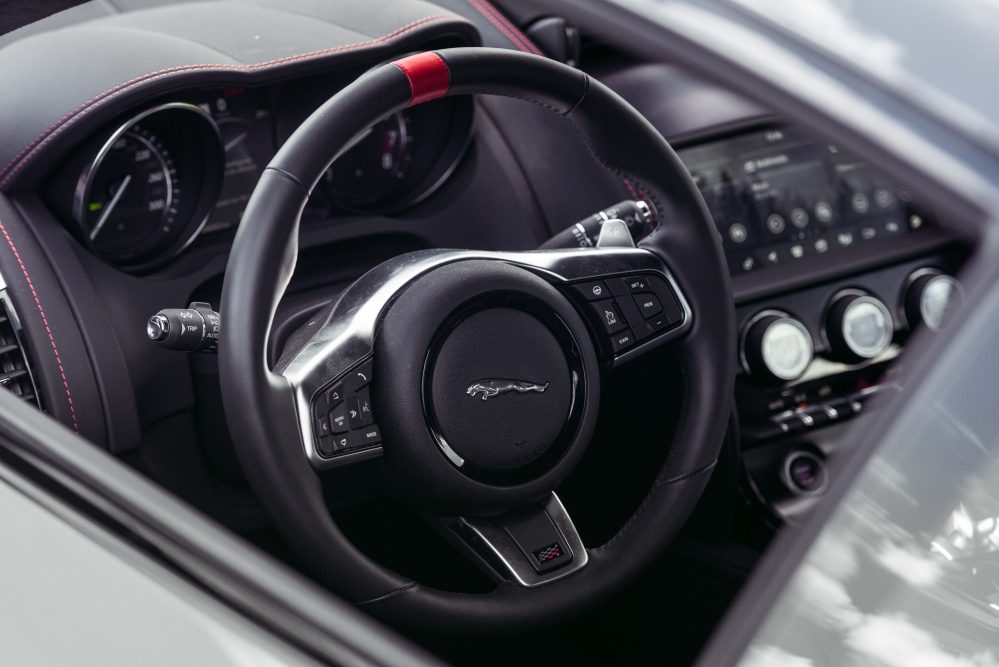 One super neat feature is the air vents that pop out of the centre of the dashboard once you turn on the system, and when people text you, the car reads them out in a sexy, female British voice. You know, just to make sure you feel like James Bond. 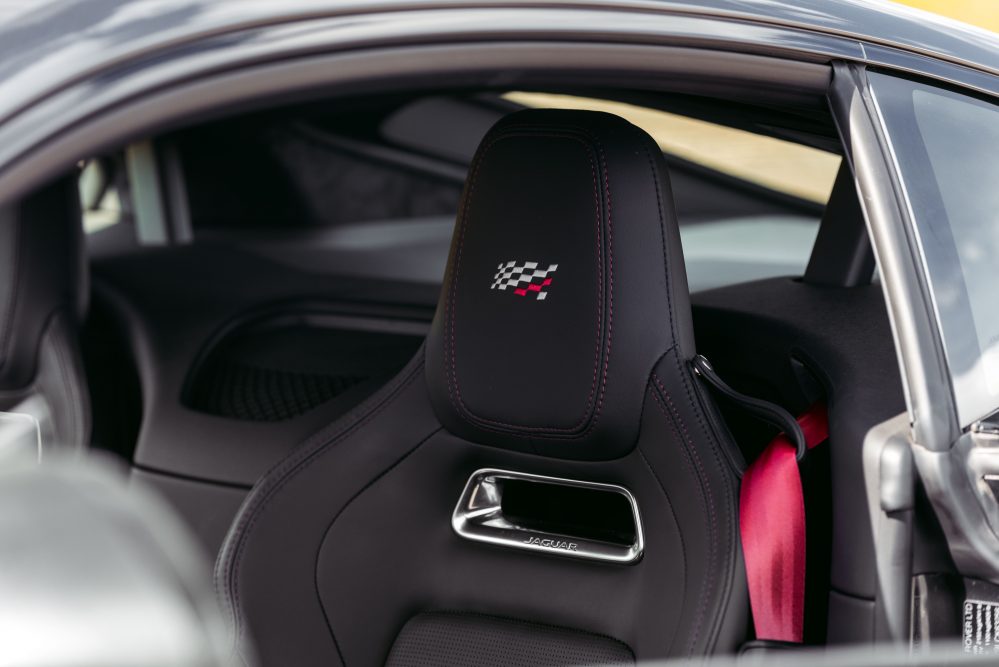 Where I was less impressed was in the car’s infotainment system, an issue which seems to plague Jaguar in all its cars and SUVs. First, it doesn’t appear to have at all changed since 2013, so it looks and feels rather dated. It’s also a slow system to react, with tiny little icons that aren’t exactly the easiest to spot or use. Simple tasks like changing radio stations are tedious. It did, however, find my phone quicker than most other cars I drive, so there’s that. 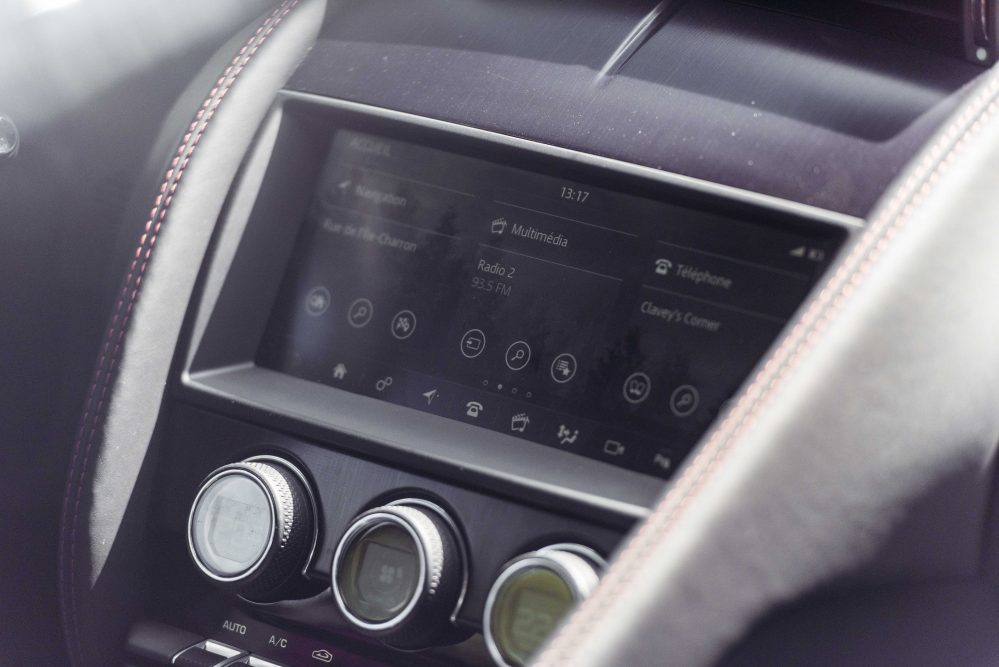 But hey, man, you don’t buy a 2020 Jaguar F-Type for its infotainment system, and who cares if a Porsche Cayman gives you more for less money. This is a Jag, a car that exists out of emotion and a desire to be different. There’s nothing rational about a car like this one. You  buy  because  you  want  to  look  and  feel  good.  Period. 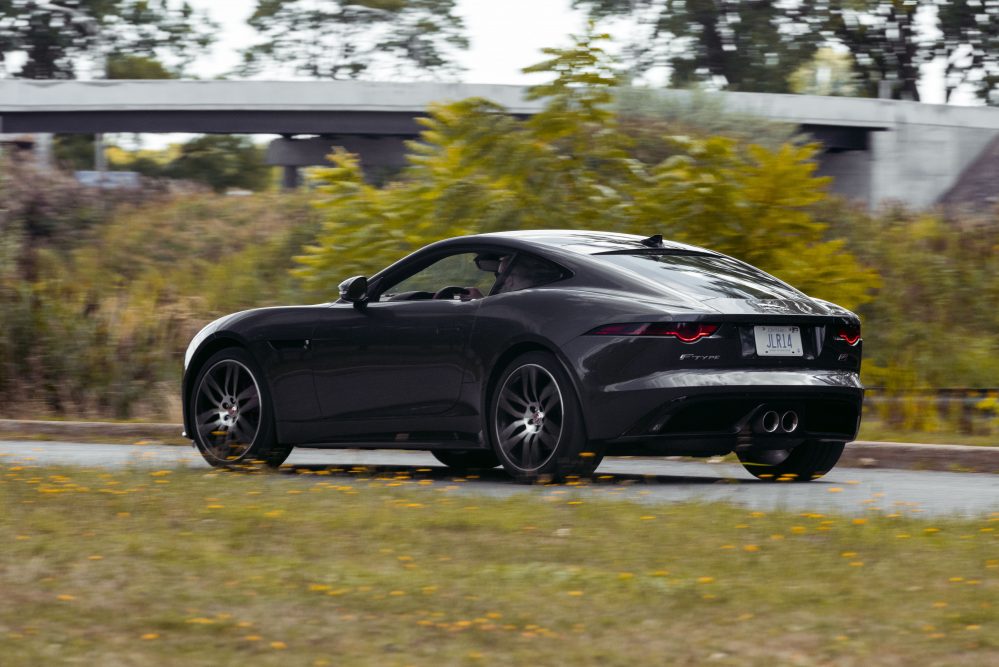 What I am pleased to report is that Jaguars are no longer just a pretty face. There was a time when all these cars had going for them was style. The rest felt like it was made out of wood and ended up breaking down the morning after the warranty ended. Now, Jaguar is up there trading punches with the industry’s elite, offering performance, comfort, technology, all while remaining sexy as hell. 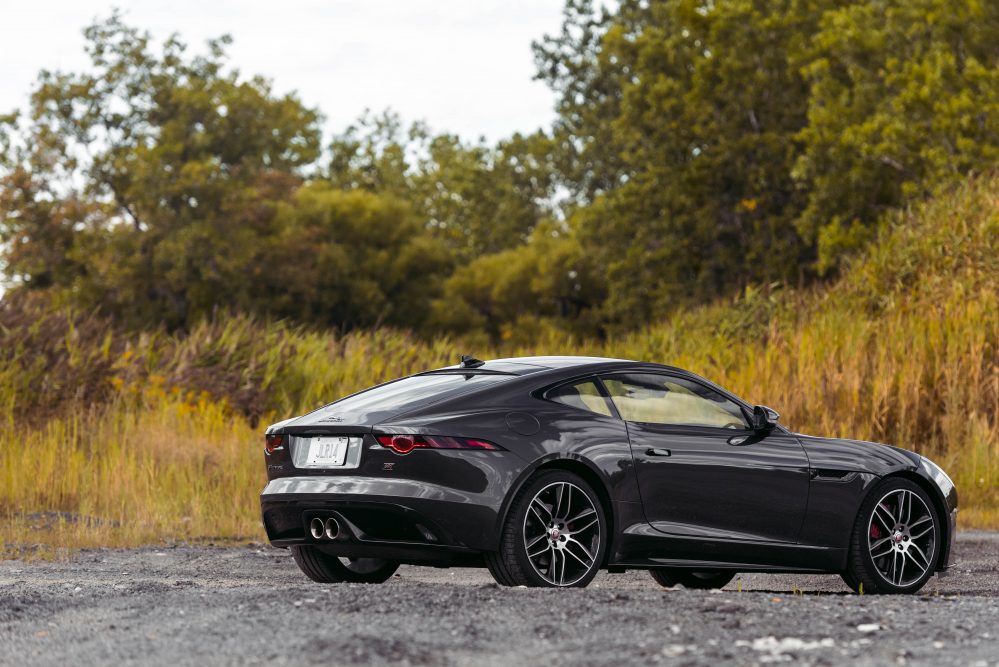 The F-Type may leave us soon and replaced by something all electric, or even mid-engine. But while it was here, this cat made sure to make its mark, all while ensuring the entire world heard its roar.