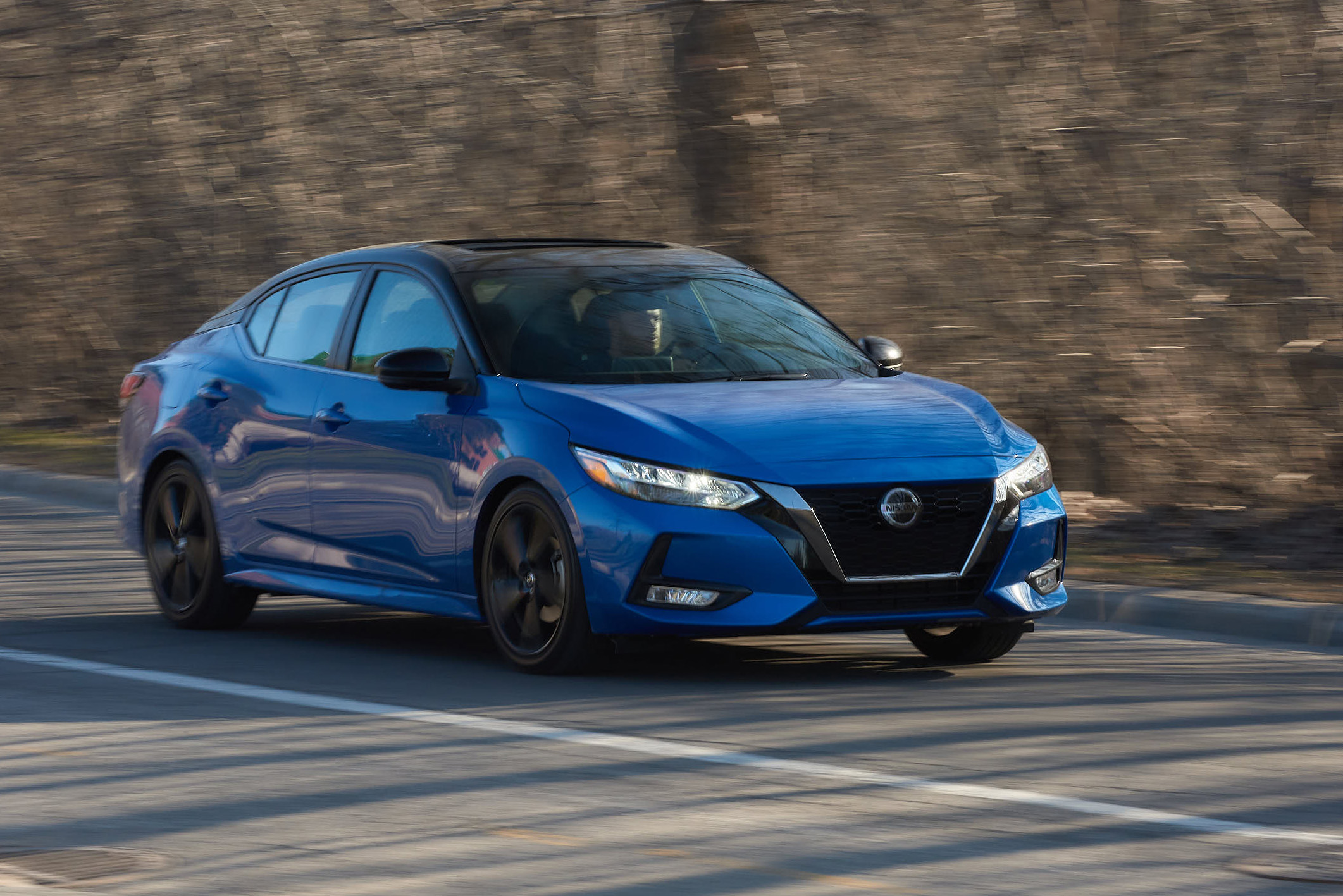 There isn’t really anything new about the 2021 Nissan Sentra except for the fact that it can now be had with a manual gearbox in one of its upper trim levels. That’s also a Canadian-exclusive feature, which is why I just had to take it out for a spin to make you American readers a little jealous. This is a fun car! All this thing needs now is a turbo and a stiffer suspension. Only then will it be a true pocket rocket.

For Canada, But Actually Quebec 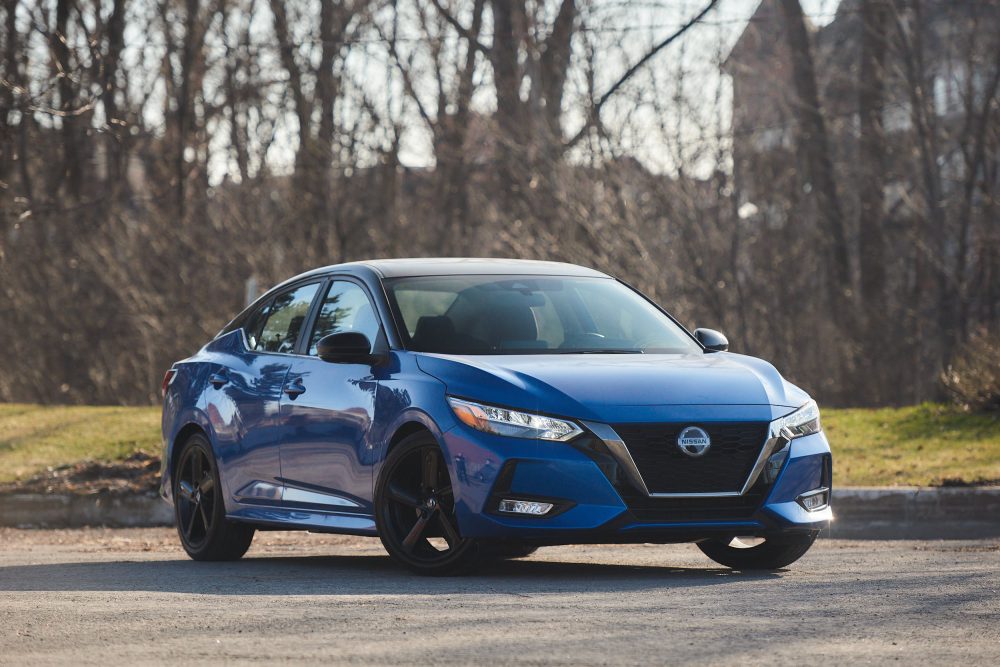 Nissan Canada explains that the fact that the current Nissan Sentra was only offered with a manual transmission on its base S trim level angered several consumers, especially in the province of Quebec where small cars with three pedals are still in high demand. And with competitors like the Honda Civic, Toyota Corolla and Mazda3 all still offering a manual gearbox on more than one trim level, Nissan kind of had to follow along to avoid losing some sales. 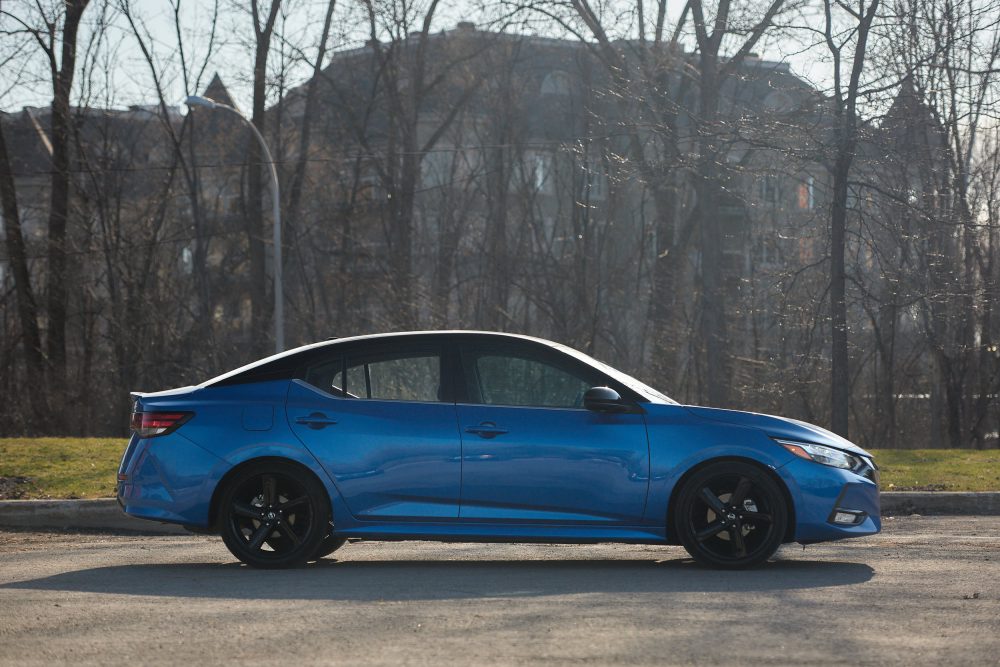 What we’re talking about is the SR trim, the Sentra’s “sportiest” version which is the fifth of seven available trim levels here in Canada. You distinguish this model by its darkened 18-inch wheels, subtle decklid spoiler, sunroof and optional two-tone paint jobs, a $485 extra ($650 if you select Aspen white). 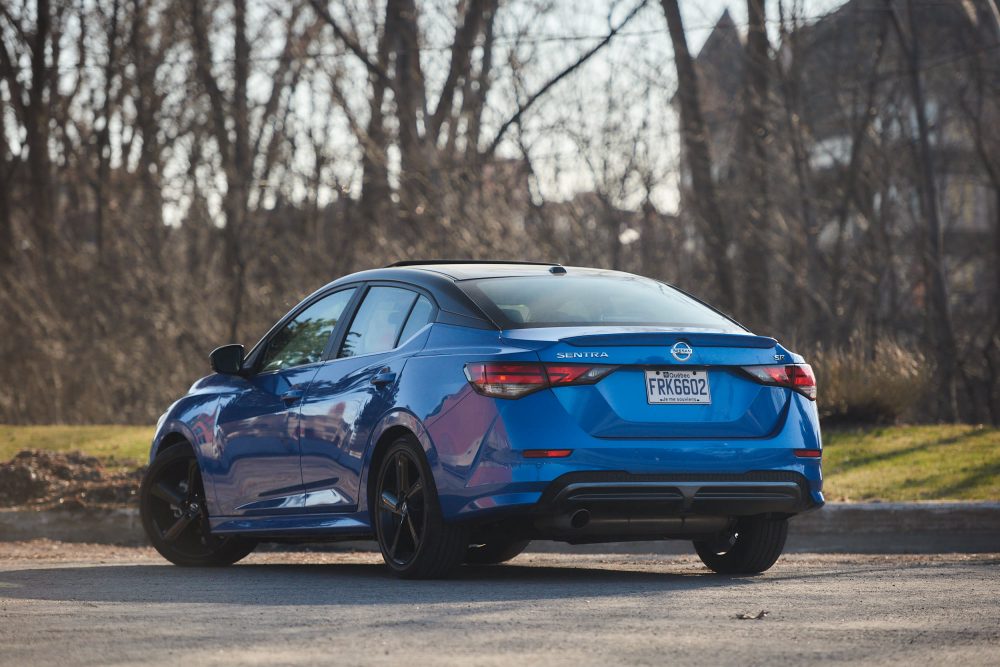 Absolutely nothing changes mechanically, which means the SR manual is powered by the same naturally aspirated 2.0-liter four-cylinder as other Sentras. It’s good for a lukewarm 149 horsepower and 146 lb-ft of torque. All Sentras are front-wheel drive, and there’s no hatchback configuration nor an electrified version in sight. When the car isn’t fitted with the six-speed manual setup, it comes standard with a continuously variable transmission (CVT). 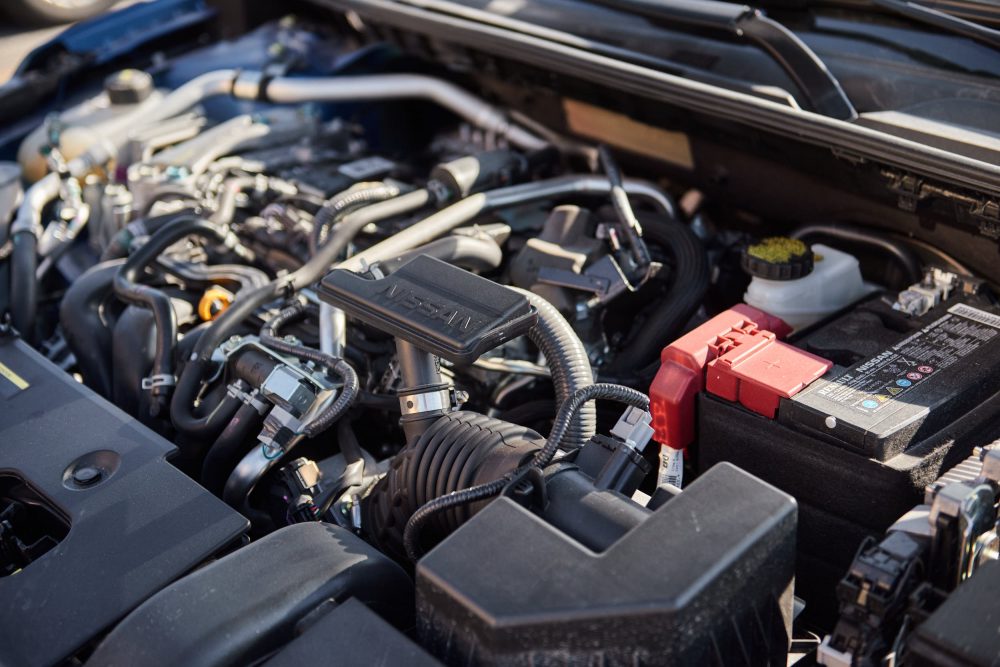 You Can Thrash It 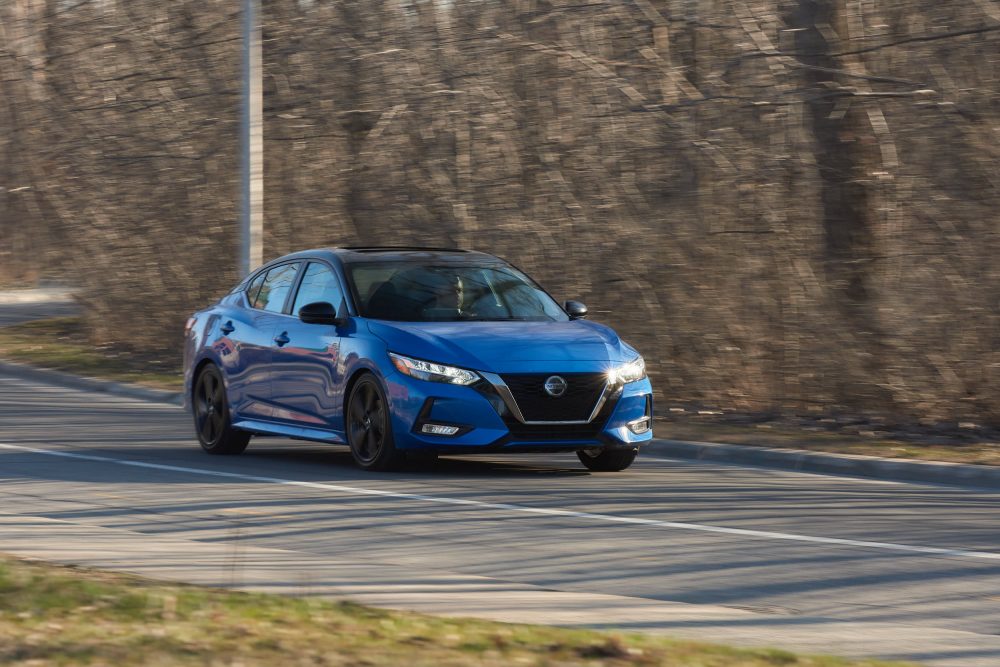 Obviously the Sentra is underpowered. I do wish Nissan offered a more powerful engine option like the Mazda3 and Honda Civic. But while it lacks the turbocharged oomph of its rivals, the Sentra makes up for it by its grown up road manners, comfortable cabin and its immensely fun manual gearbox. 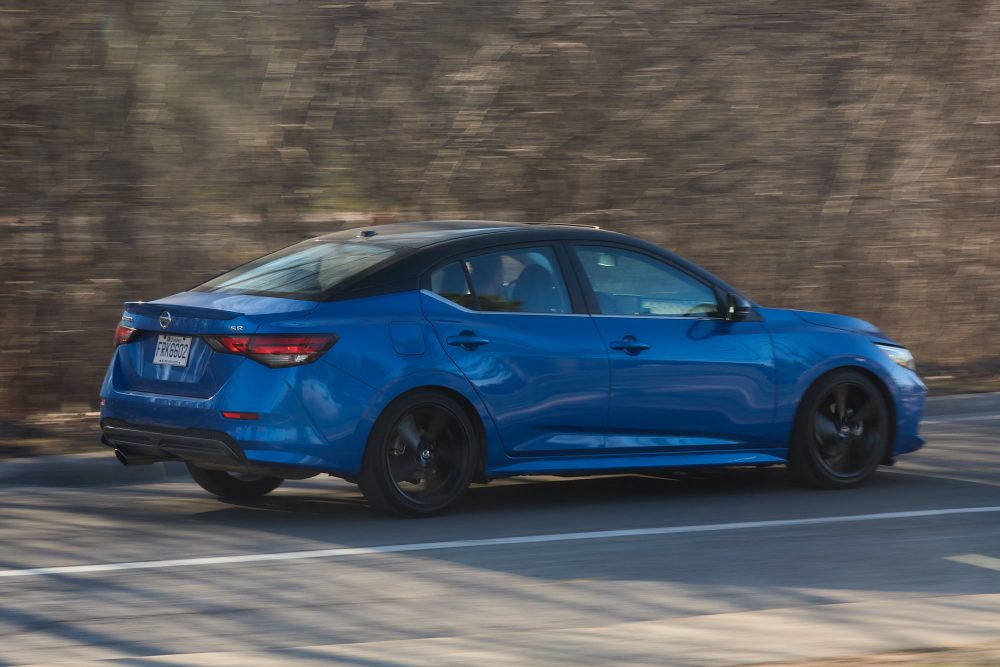 Consider the fact that this Sentra is almost two inches wider than its predecessor, and also two inches lower, and you end up with a compact sedan that not only drives like a midsize, but also one that’s well planted on the road, feels wide and allows you to attack corners at speed  with utmost confidence. In other words, you can thrash the hell out of this thing and it’ll just take it in. 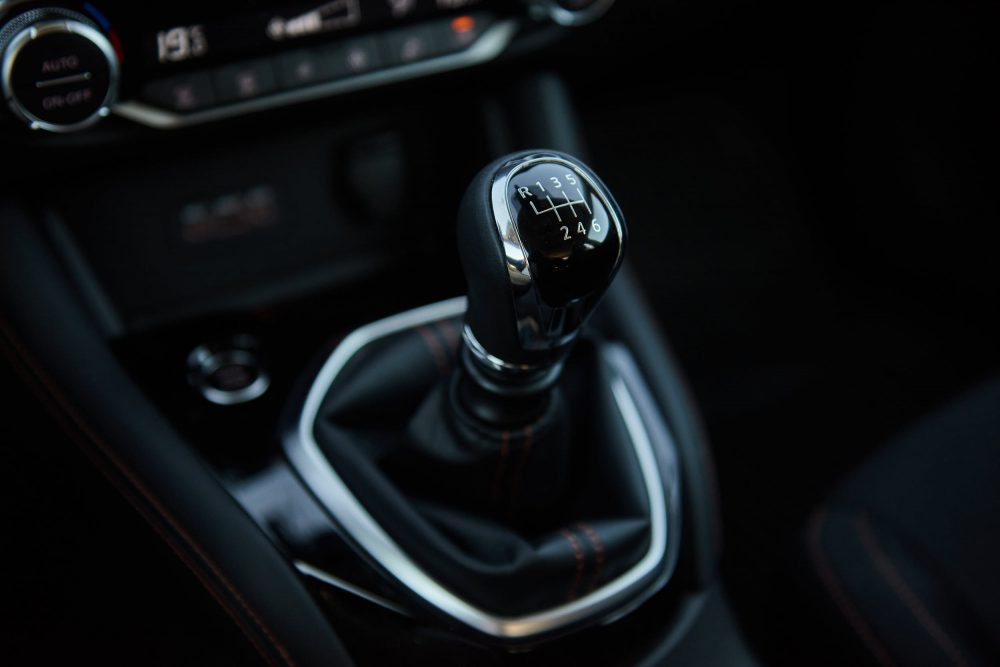 That manual shifter is also slick, with a firm grip and precise cog action, while the clutch is light, with a good bite as it reaches the friction point. Extra points for closely gapped pedals that make heel and tow driving a breeze, but there’s an annoying plastic cover on the right hand side that somewhat ruins the experience. 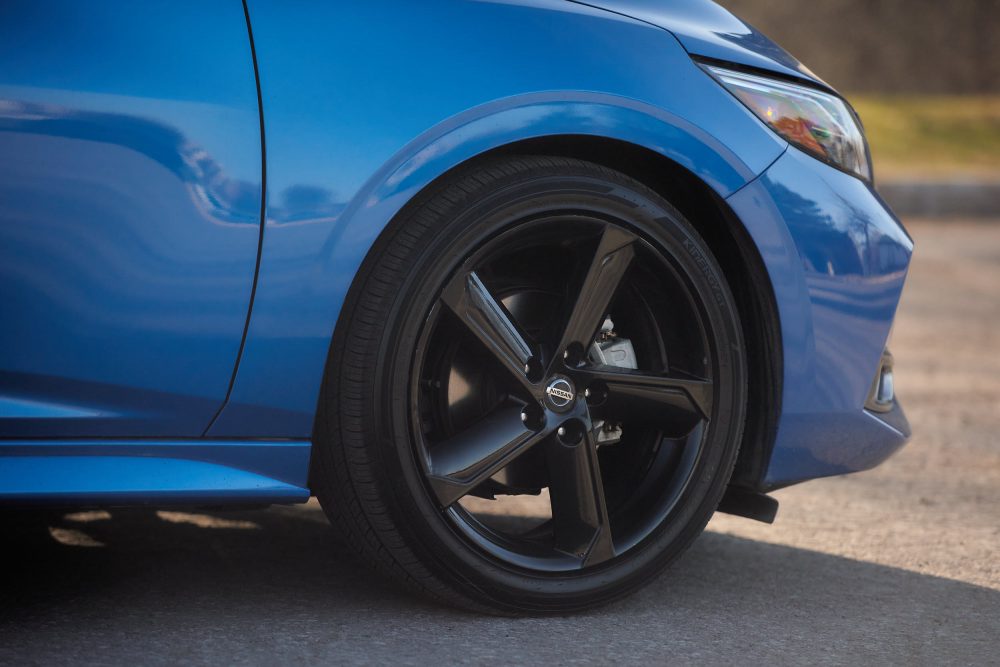 You’ll need to rev the bejesus out of this engine to extract any kind of power, but it’s a rewarding experience considering how rev-happy it is and how easily the transmission lets you throw it in the meat of its powerband. This is the kind of old-school driver involvement that’s missing from many new cars; why so many enthusiasts are hanging on to their old rides. And while there is rev hang here due to constantly stricter emissions regulations, throttle response is rather good, a refreshing feeling in this world of turbochargers and electronic throttles. 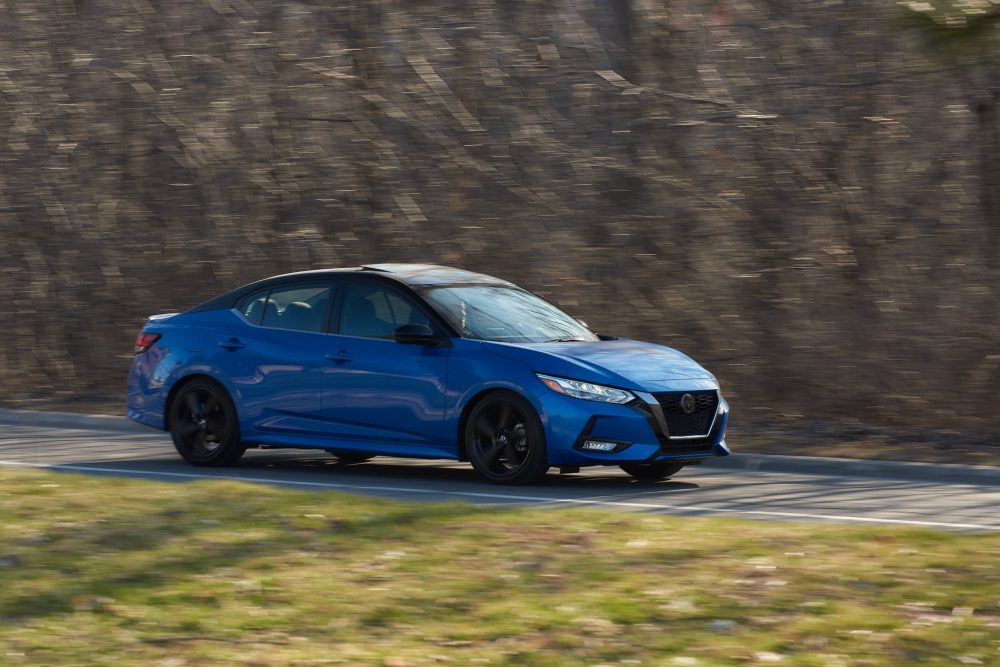 In SR form with the self-shifting transmission, the 2021 Nissan Sentra is a peach of a compact car, one that makes me yearn for a more powerful engine. With a chassis this good and road manners this mature, I believe the Sentra deserves the legendary SE-R letters back on its trunk. 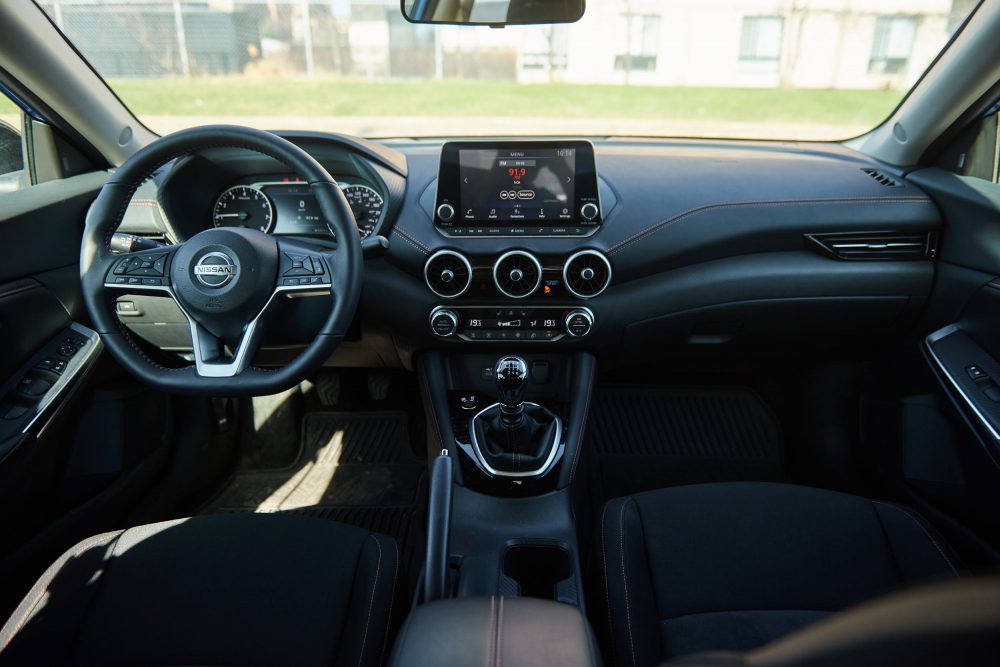 While I had the car in my company, it felt great to spend more time in its spacious and comfortable interior complete with good quality materials, above average build quality and downright clever ergonomics. This isn’t a small car that’s trying to be all car for all people. It’s just trying to be a good small car. The Sentra really nails its mission. 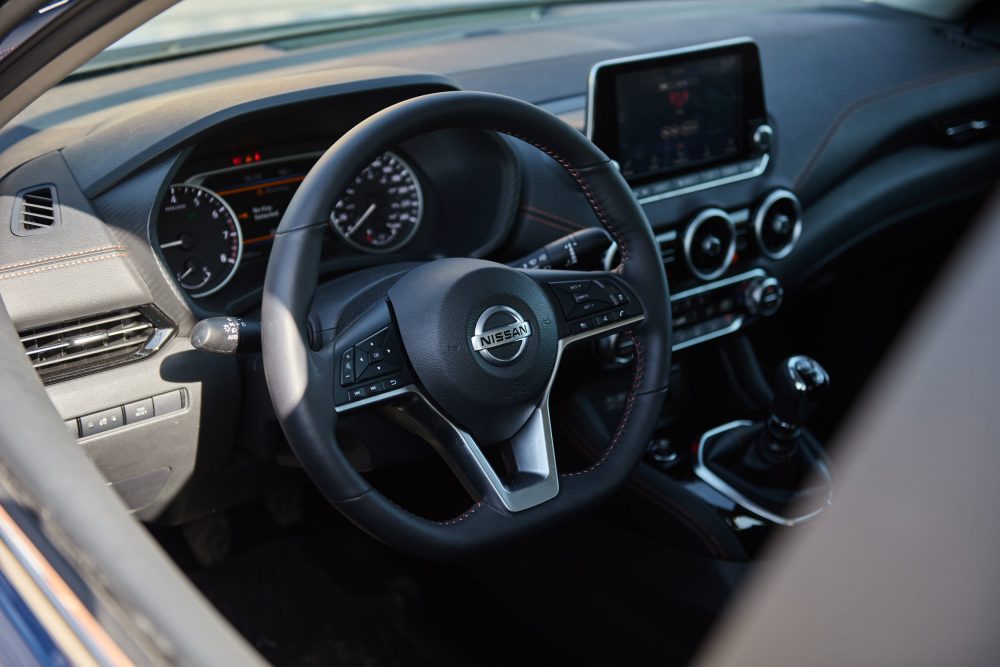 There are perhaps only a few things missing for it to truly be a segment leader. First, it desperately needs some form of electrification. Considering Nissan was among the pioneers in the field with the LEAF, it’s odd to see the rest of the lineup not being submitted to a similar treatment. 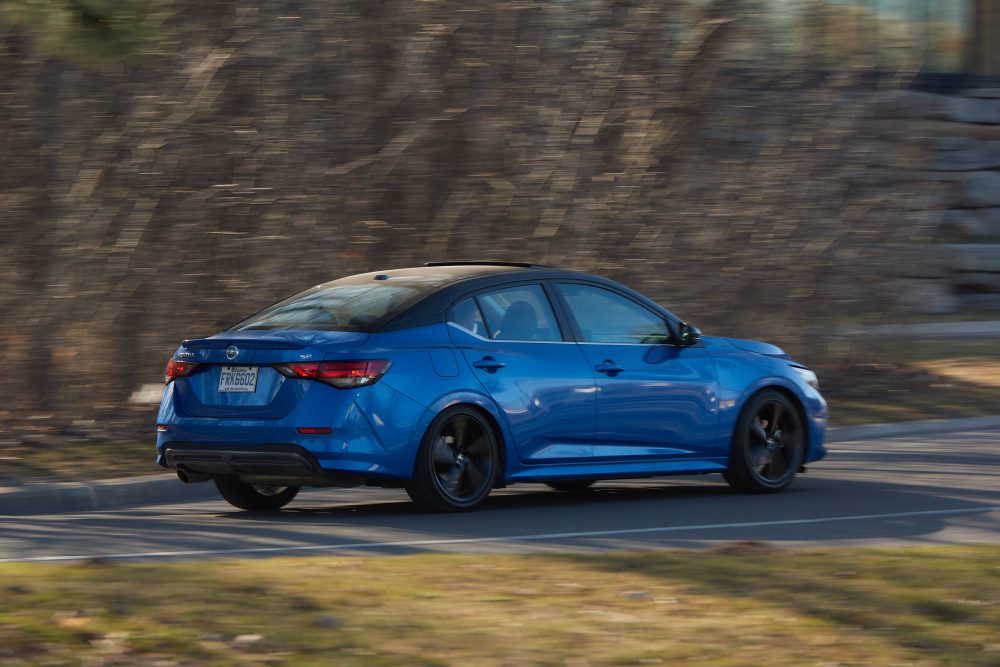 All-wheel drive would also help, especially now that that the Altima offers is at standard equipment. I mean, why not? But until then, the 2021 Nissan Sentra stays at the back of the pack due to its lack of technological advancements. Rest assured that this Sentra is a great bang for the buck. It’s well priced, looks fantastic, seats five comfortably and it’s fun to drive as well. You’ll also get good reliability and none of the CVT-related issues. If you live in Canada, I recommend you get this package before it goes.