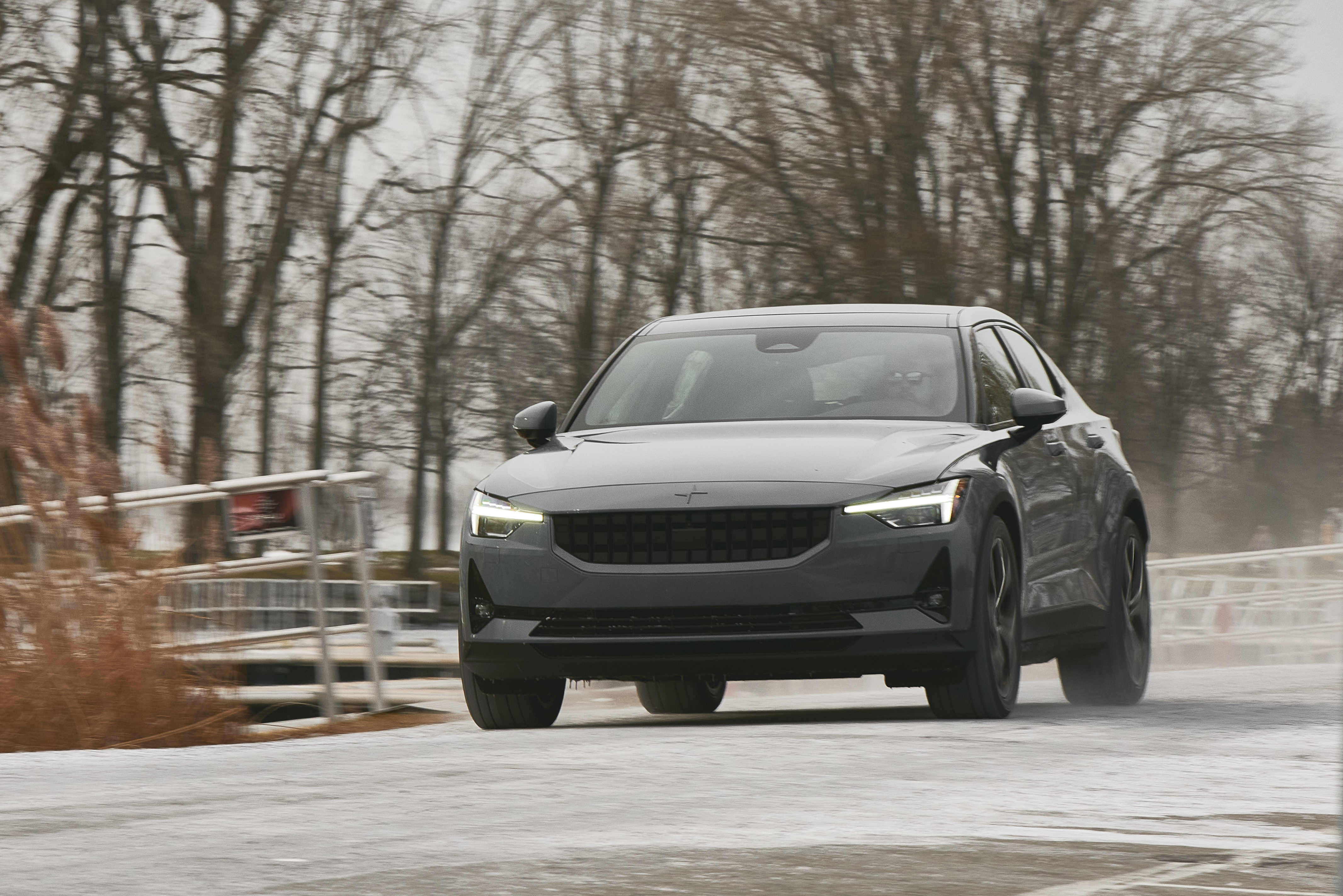 While driving the 2021 Polestar 2, I couldn’t help but think about where the brand has come and where it’s heading into the future. I mean, if you’ve been following this blog, you’ve seen me cover Polestar’s quick evolution, from super fast Volvo station wagons to stunning plug-in hybrid sedans. And now, it’s officially it’s own thing, manufacturing electric vehicles that aim at taking on Tesla. Except, contrary to other so-called “Tesla” fighters, this one may actually have a chance to win.

The Same Thing, But Different 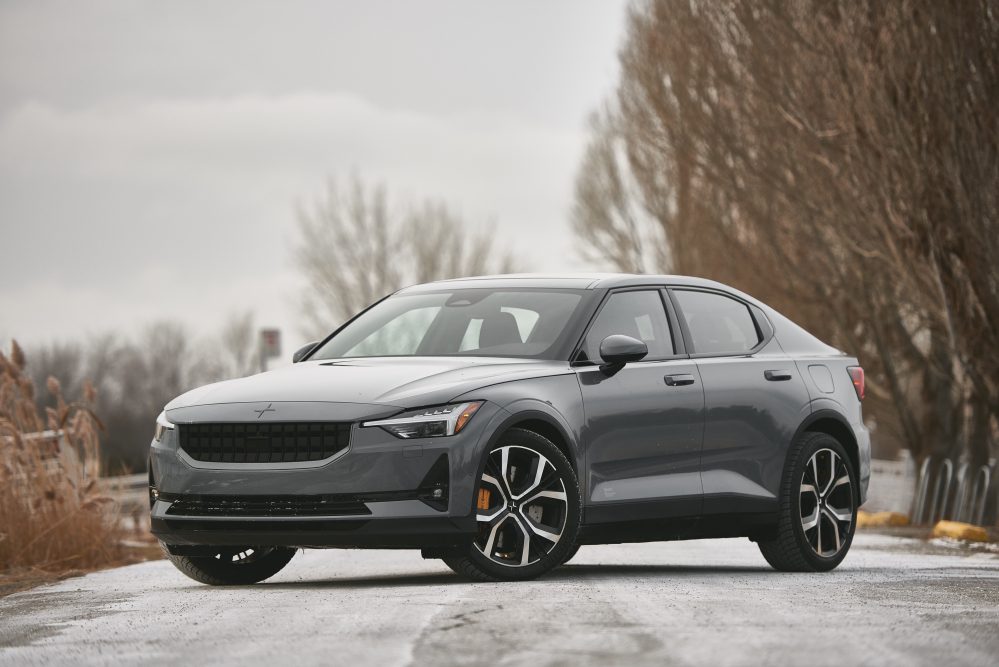 If you’re going to take on the best-selling electric automobile in the world – in this case the Tesla Model 3 – you kind of need to offer exactly what that car offers as well, but with a different kind of flare. And it’s precisely what the 2021 Polestar 2 tries to do. Even Polestar itself admits that this car was designed specifically to take on the Model 3, and everything about it is pretty much identical, except that it’s wrapped in a gorgeous Scandinavian design and feel. 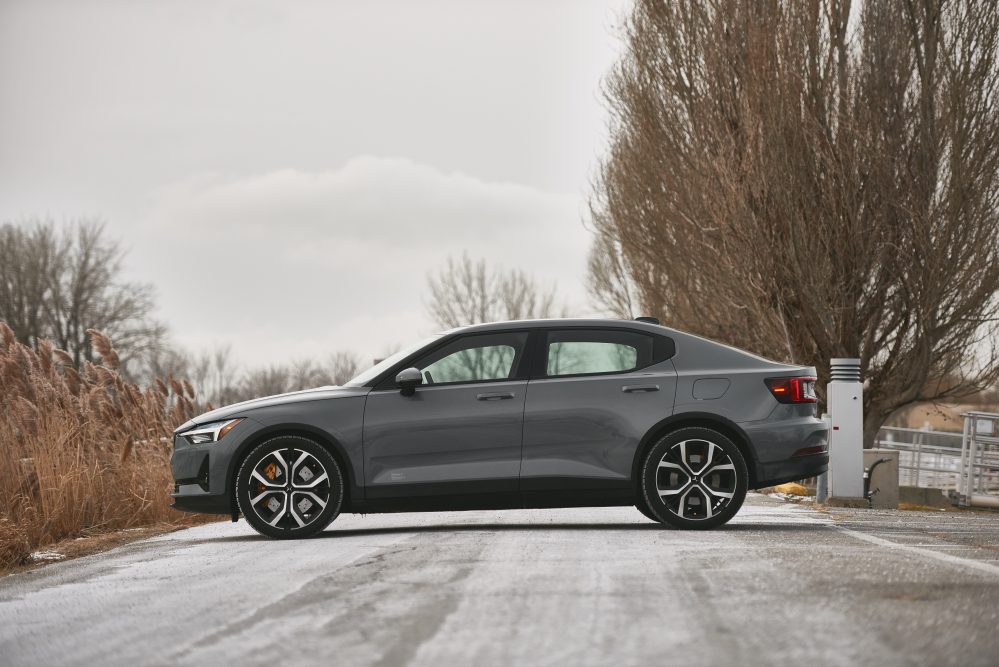 For starters, there’s only one available specification for a Polestar 2. So contrary to a Model 3, which comes by default with rear-wheel drive in its bargain-basement Standard Range Plus configuration, the 2021 Polestar 2 comes out of the box with a two-motor all-wheel drive setup. It therefore competes directly against a Model 3 Dual Motor. 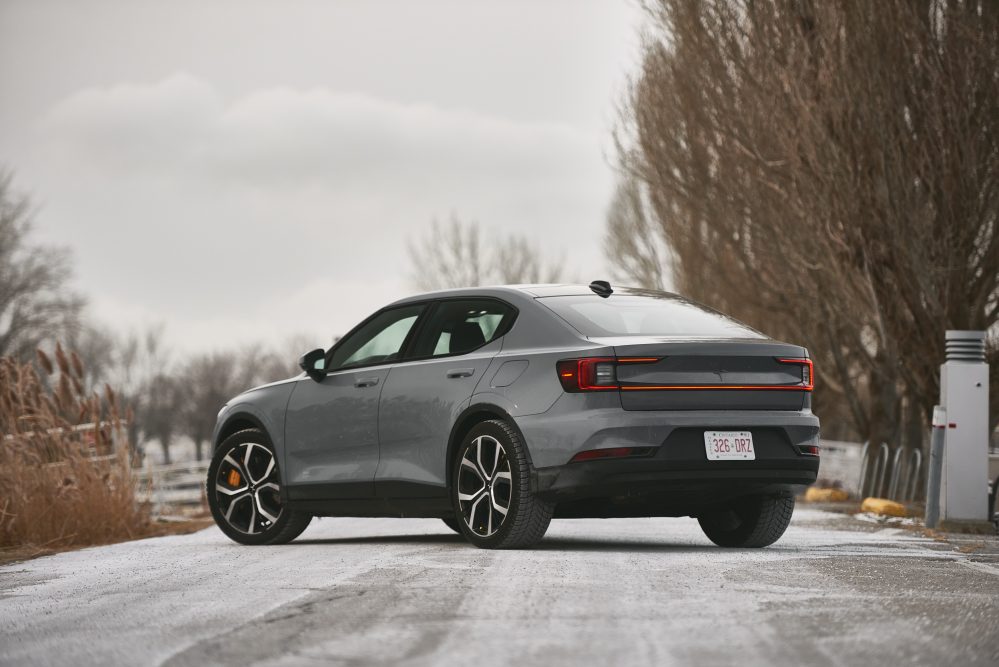 Power comes from a 78 kWh lithium-ion battery pack that powers two permanent-magnetic synchronous electric motors that sit on each axle. Total combined horsepower is rated at 408 horsepower, with torque set at a lofty 487 lb-ft. Acceleration from 0 to 100km/h is achieved in just under 4.5 seconds. Range is EPA-certified at 375 km, which falls somewhat short of the Model 3 Dual Motor’s 500 km plus range. 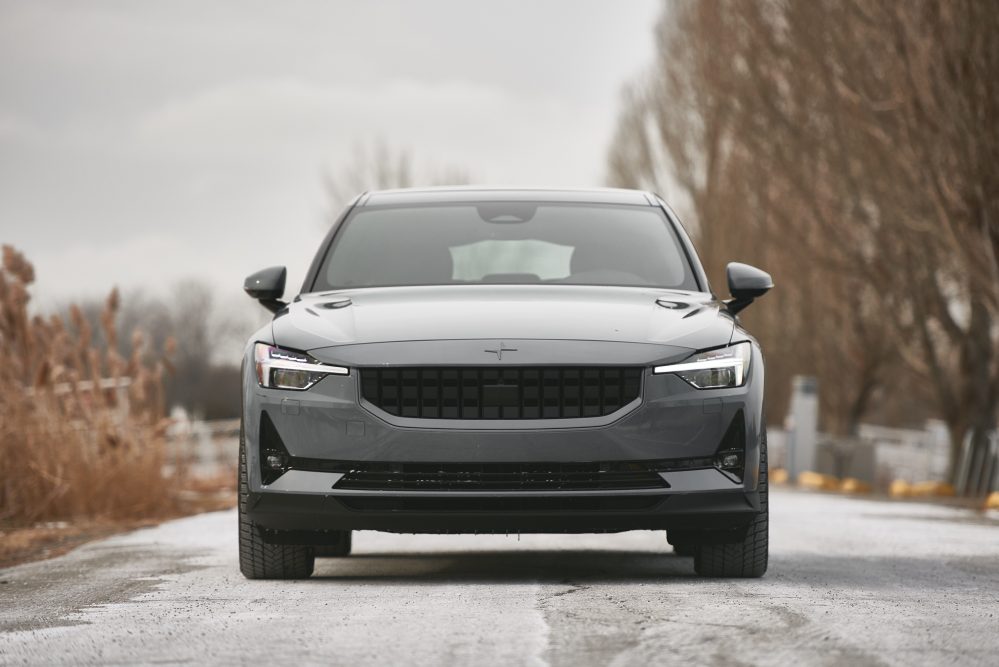 However, just like a Tesla, you order your Polestar 2 online, either from the comfort of your own home, or from a Polestar Space, which acts kind of like a dealership, but never tries to sell you the car per se. They’re basically stores where you can check out the car, grab some information, or ask for a test drive. If you decide to buy it, the car is then delivered directly to your home. 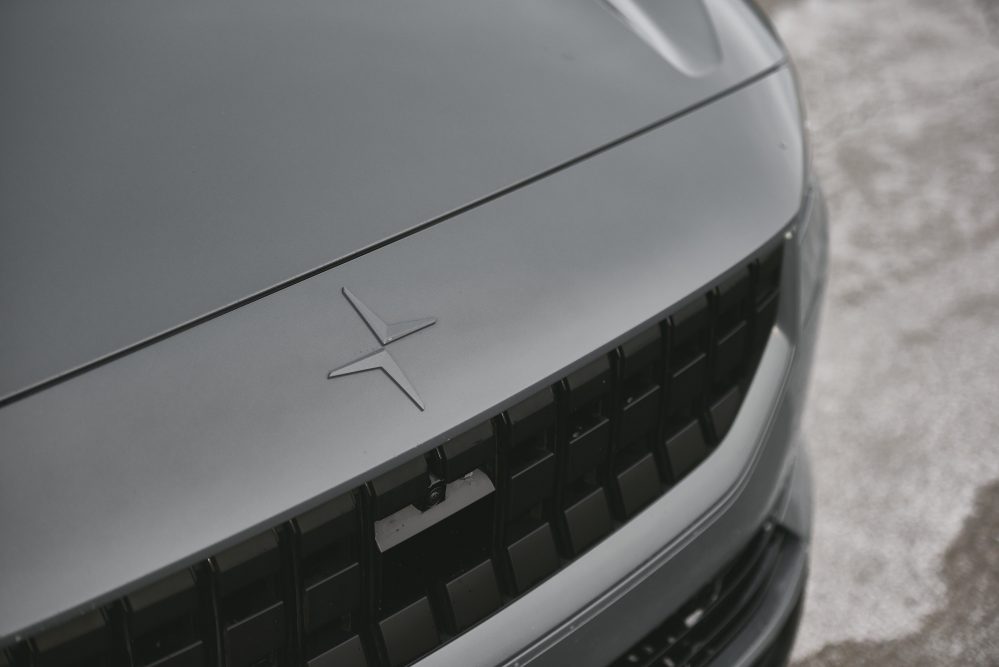 It also comes with a 4-year/80,000 km warranty and valet service, meaning a Polestar person will come pick up the car and lend you another one during maintenance or repair. What’s more, some Volvo dealerships, which will be cherry picked by Polestar itself, will eventually be able to service Polestar vehicles. 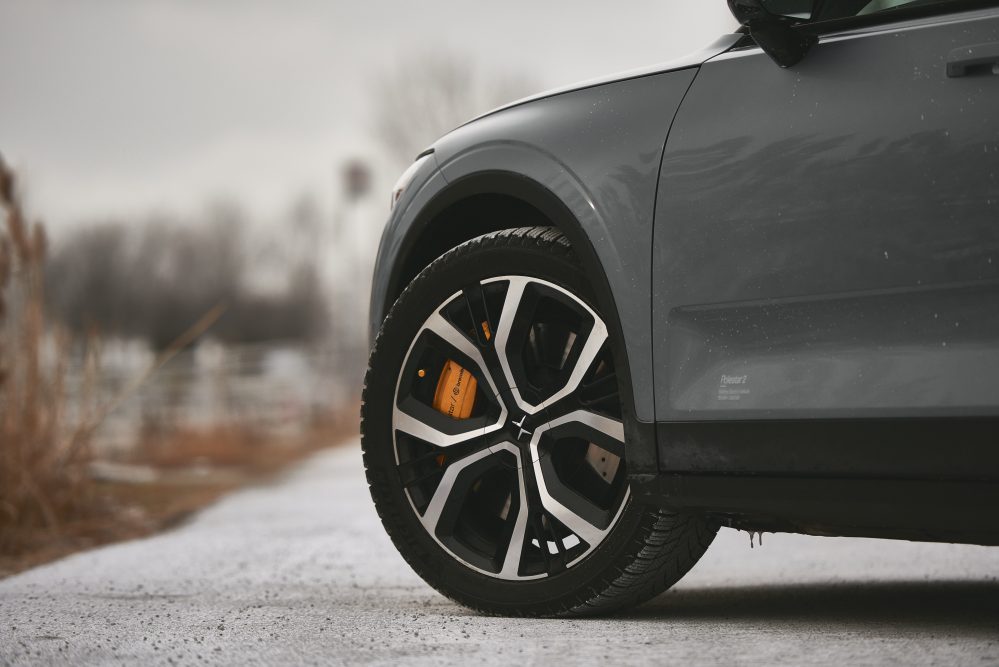 As I write this, there’s a three-month waiting list to get your car, but Polestar aims at ranking up enough local stock and eliminate delays by this summer. These things are built in China by the way, because the entire brand, which is an extension of Volvo, is also owned by Chinese automotive giant Geely. 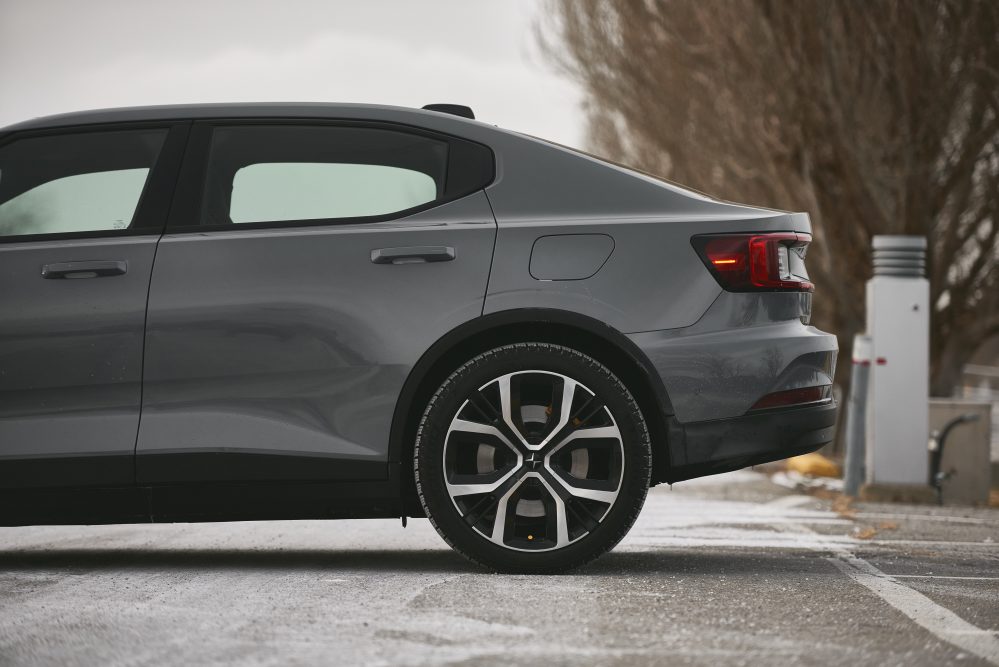 Pricing and packaging for the 2021 Polestar 2 is kept simple to facilitate production and logistics. The car kicks off at $69,900. The model I was driving was a preproduction unit with the must-have $6,000 Performance package. It adds those 20-inch wheels and upgraded gold brake calipers. The Thunder paint job on the model you see here is an extra $1,200. The final sticker price was $76,900. 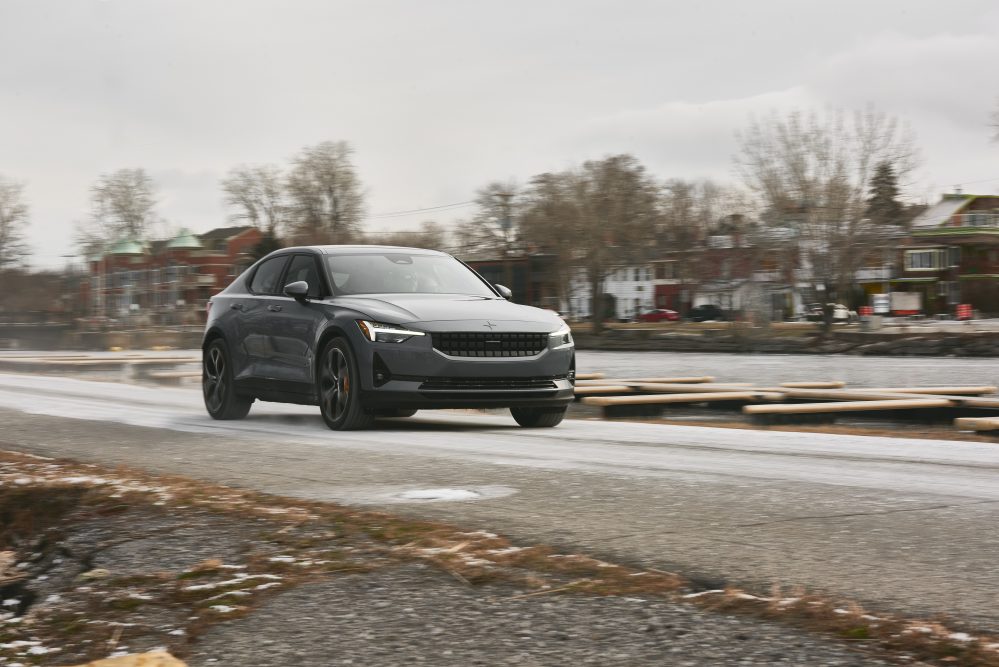 It would be easy to dismiss the 2021 Polestar 2 due to its significantly lower range than a Tesla Model 3, but that doesn’t tell the entire story. Like I discovered when driving the MINI Cooper SE, range doesn’t define an electric car, and it’s very much the case here. The Polestar 2 has other tricks up its sleeve. 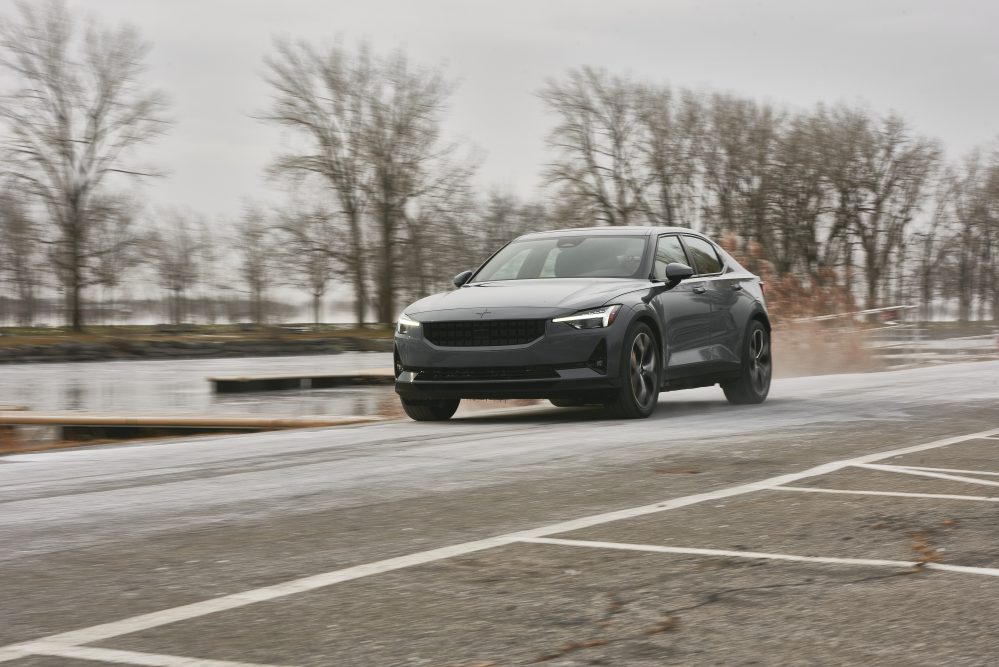 For starters, build quality is miles ahead of its Californian rival. Not only does this car have a vegan interior to reduce its carbon footprint, panel gaps are as straight as a ruler and doors shut with a confident thump. Furthermore, out there on the road, the entire ride is vault-like quiet, with no unwanted cabin rattles or shady plastics. It’s just a well put together machine. 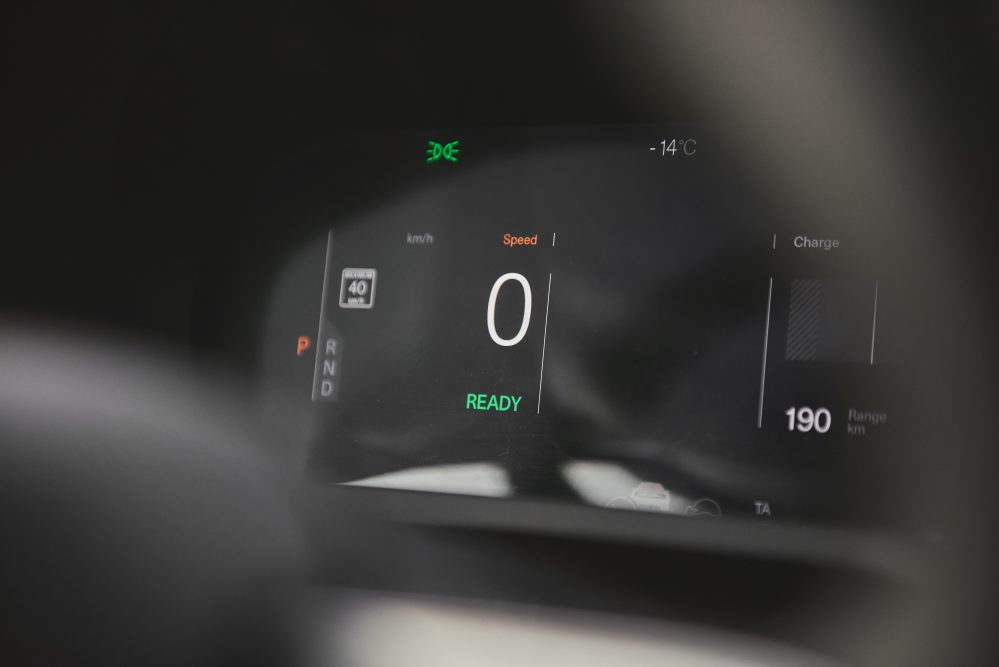 And performance is alright too! While not as quick off the line as a Tesla Model 3 Dual Motor, it still provides swift acceleration and generates a large amount of grip in the corners, partly due to its low center of gravity, but also due to its enormous tires that grip at all four corners. Having two electric motors modulating the grip also leads to impeccable control in all situations. And although the Polestar 2 has a lifted ride height, like a Volvo S60 Cross Country, body roll is always kept low. 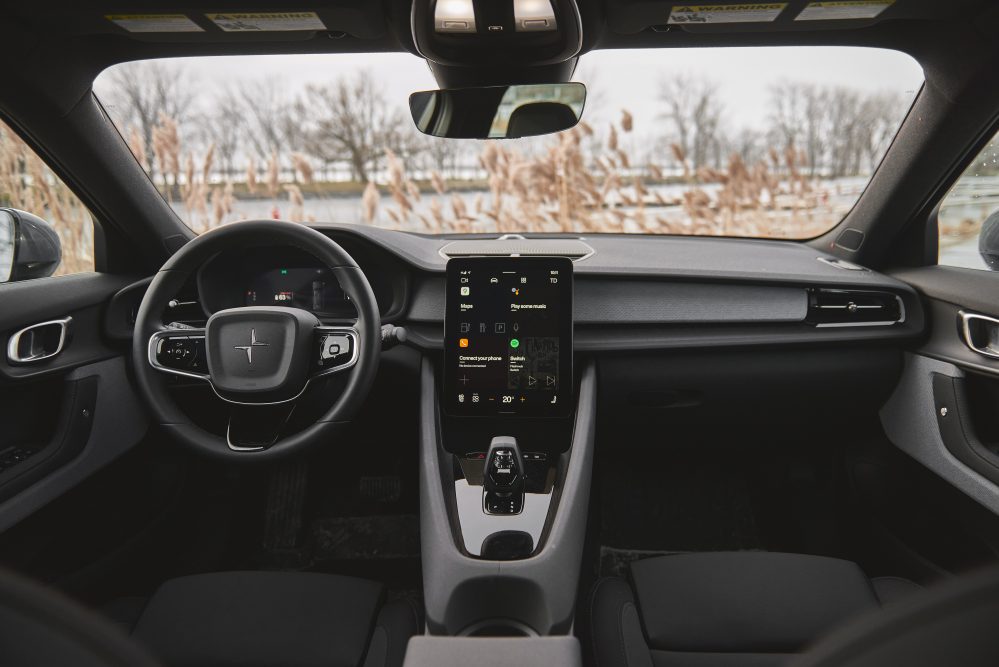 Inside, the 2021 Polestar houses a giant central command screen like a Tesla Model 3, but one that’s entirely powered by Google. Essentially a giant Android tablet, it operates seamlessly, reacts quickly and does pretty much everything your Android phone will do. Don’t worry Apple users, the screen is also iPhone compatible. 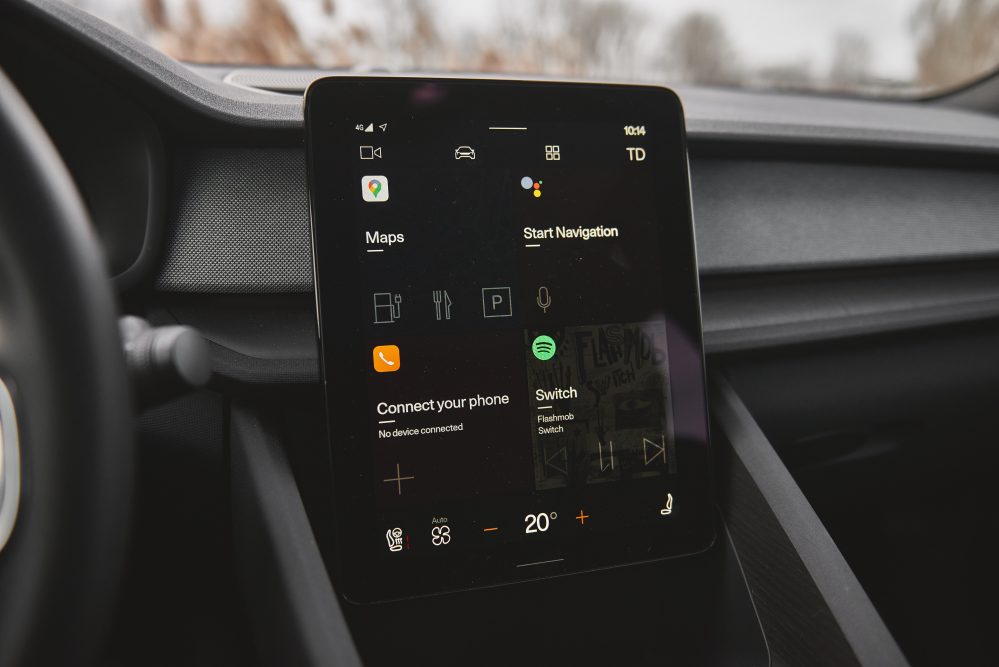 But contrary to a Model 3, which ditches the conventional dashboard as we know it, the Polestar 2 has an actual gauge pod. Sure, it’s all digital, but it houses its share of customizable information and gives the Polestar 2’s dashboard layout a pleasant cockpit feel. In other words, sitting in there doesn’t feel like you’re sitting in a dentist’s chair, but in an actual car. 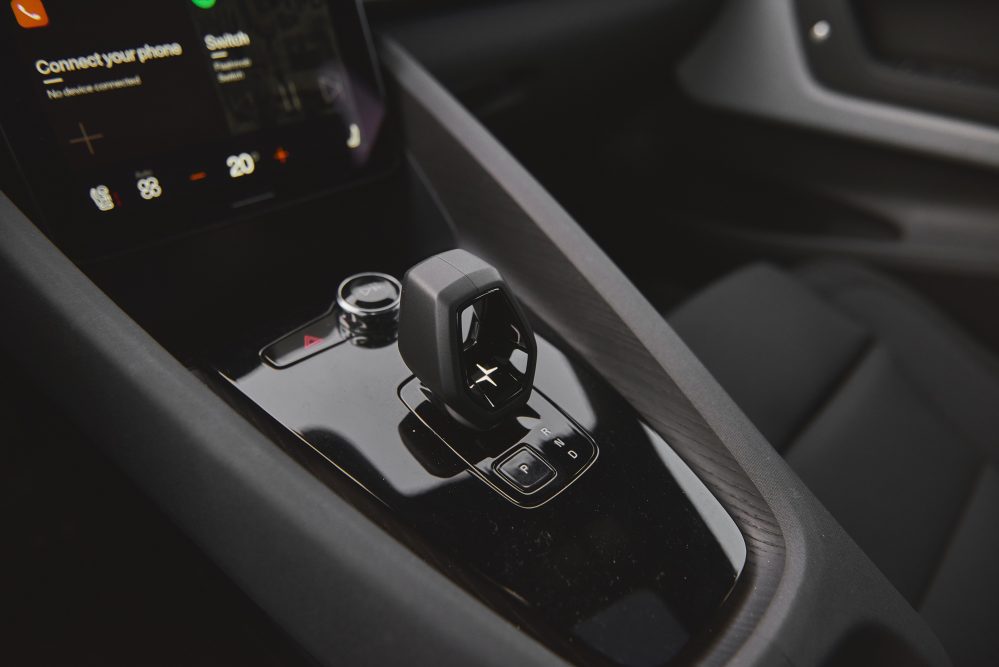 Seats are comfortable, and material quality is superb. I personally have a soft spot for the gear lever due to its cool shape, but also its subtle yet elegant Polestar logo. That logo is replicated in the car’s panoramic roof through a projection at night. It’s all very Swedish, modern and crisp. I love it.

Rear seat room is however a little cramped compared to a Model 3, but total cargo space pulverizes the Tesla (when the rear seats are lowered). Due to its hatchback design, it sits at 1,095 liters compared to 424 liters for the Model 3’s dual trunk setup. 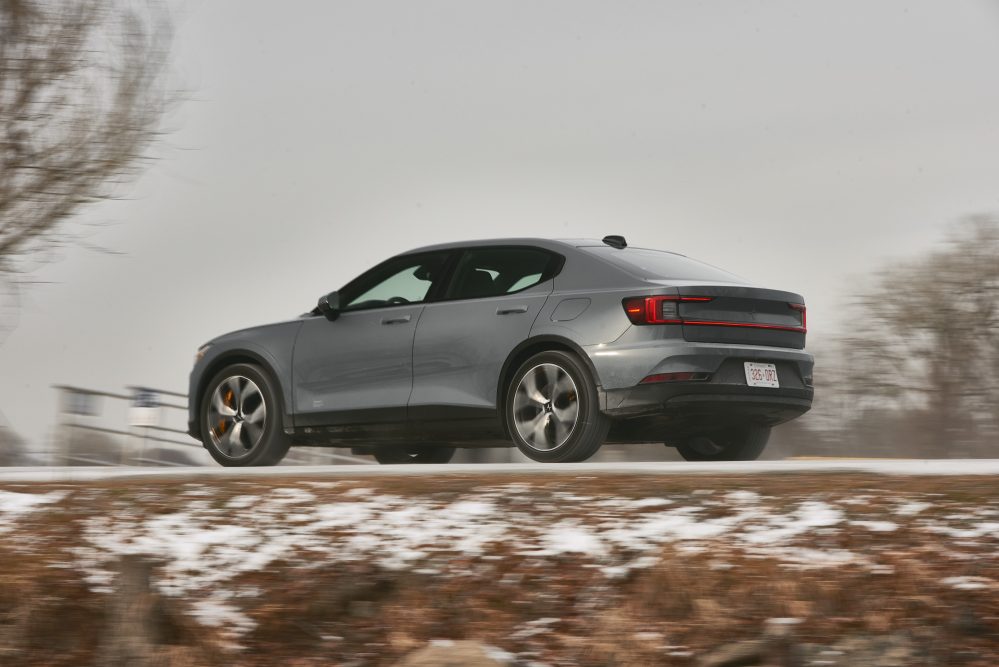 Am I saying that the 2021 Polestar 2 is a better car than a Tesla Model 3? No, I’m not. Because it isn’t a superior vehicle. It accelerates a little slower than a Model 3, and range is significantly lower. But it’s just as good. Furthermore, thanks to its cool design, interesting delivery service and impeccable build quality, I do firmly believe that the entire Polestar brand has a shot at taking on Tesla from a sales standpoint. It’ll take time, but the company is definitely off to a great start.