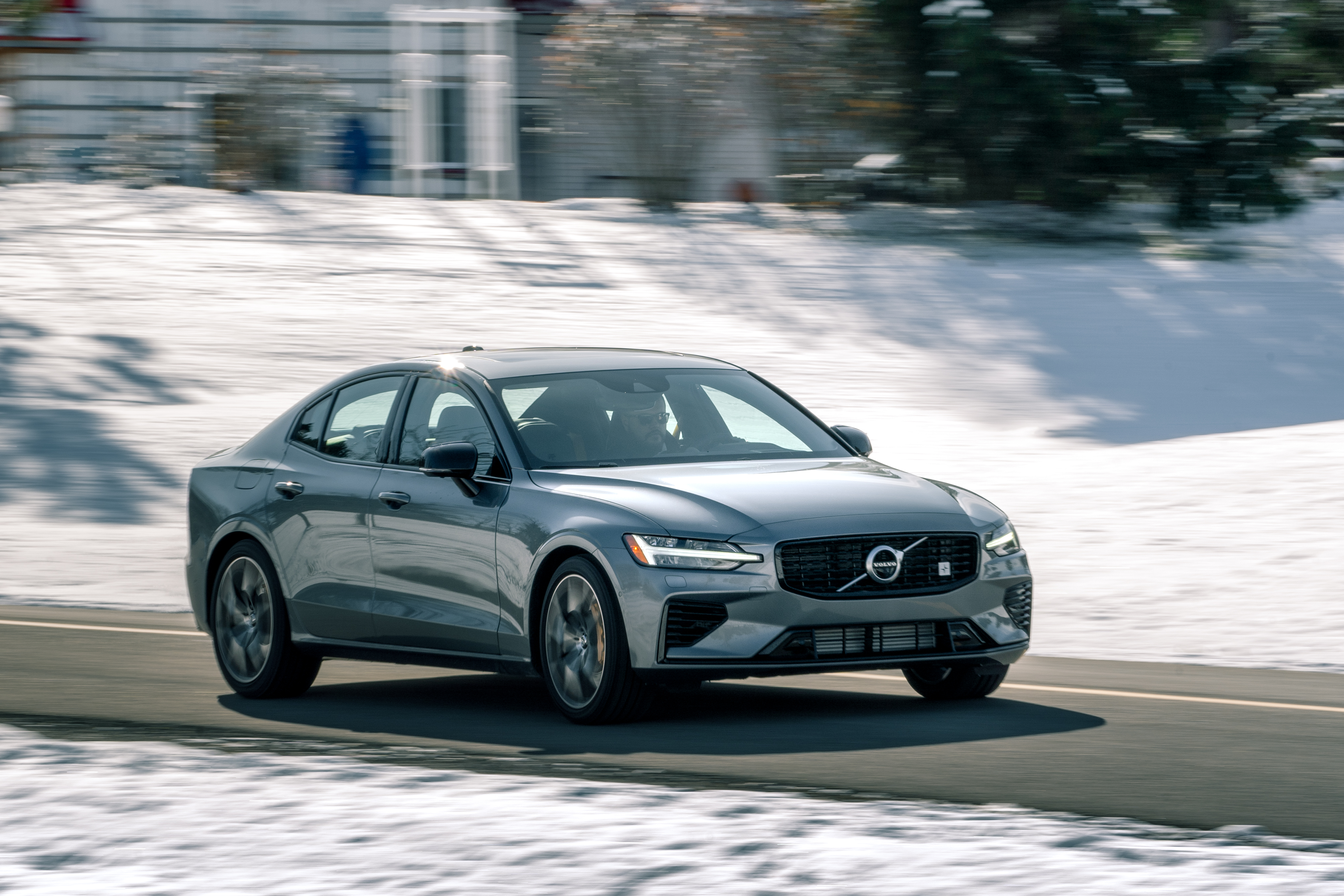 At this point, you guys know what I think about the Volvo S60. I drove it last summer, then I got behind the wheel of a really cool Cross Country wagon this Fall. I love this car. But while good, I still yearn for more sportiness. Sure, I got my share of Volvo performance when I drove the V60 Polestar, but that was over two years ago. Things have since changed at Volvo, and so has Polestar. Curious to see if the new hot Volvo finally gets the sport sedan treatment right, I took it out for a spin. 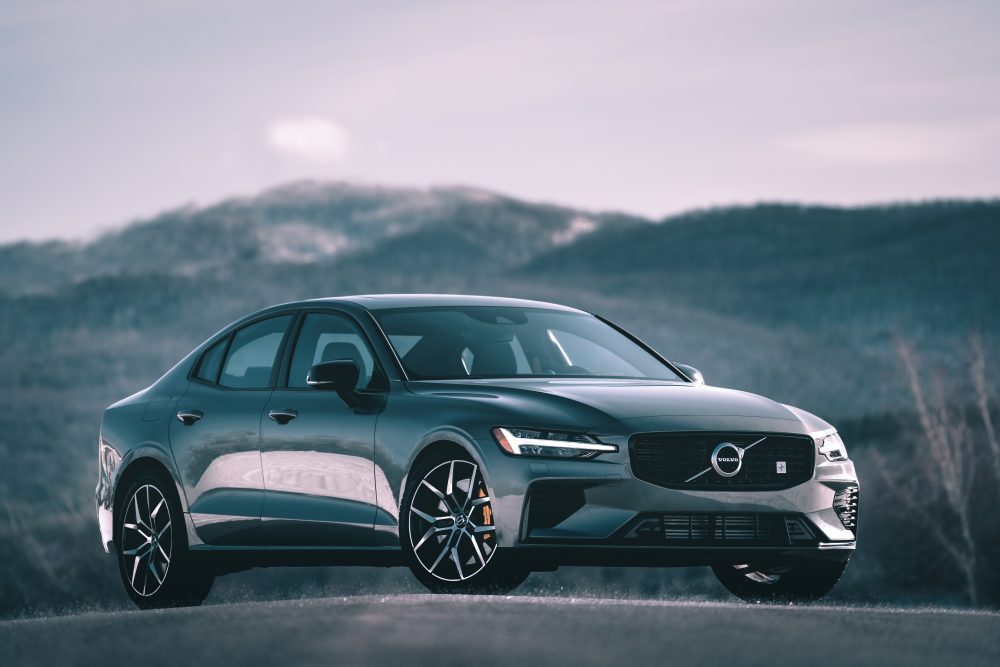 I say Polestar has changed because it’s no longer a performance arm for Volvo. It’s its own separate electrified entity now. In 2020, we’ll apparently be getting Volvo-looking electric cars with a Polestar logo slapped onto their schnozes. I’m still not quite sure where the brand is going with this, as all Polestar vehicles (there’s only two for now) look quite similar to, well, a Volvo. But I do like the way the Polestar 1 looks, so there’s that. The Polestar logo and name also look really cool. 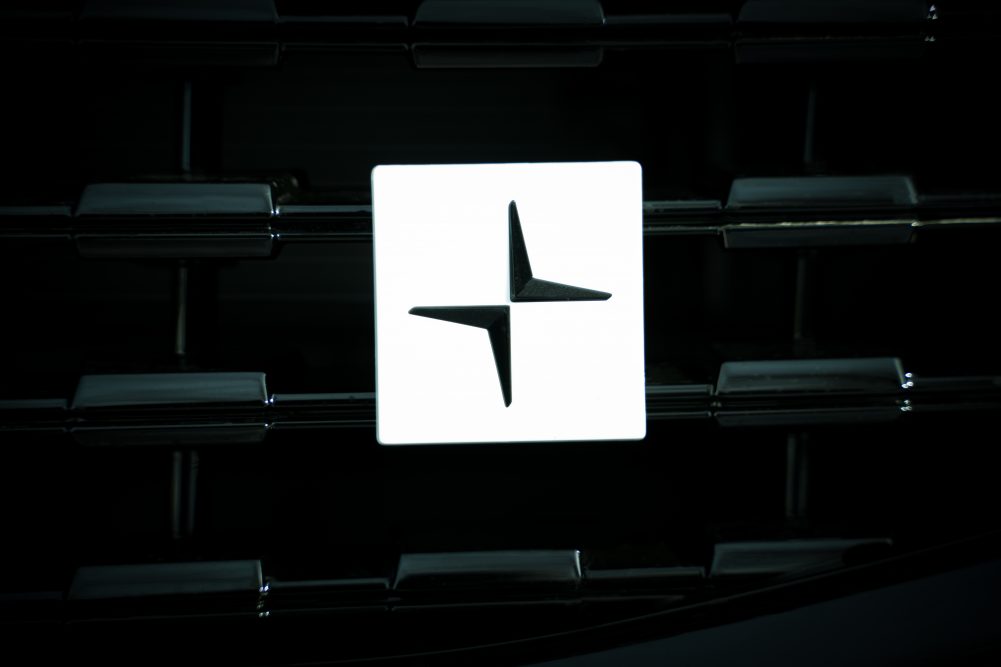 Anyway, Polestar still lends an arm to Volvo once in a while to increase performance and handling. When it does, the vehicles get the Polestar Engineered terminology slapped at the end of their names. The S60 was the first Volvo to receive the treatment; the XC60 and V60 wagon are following the trend as well. 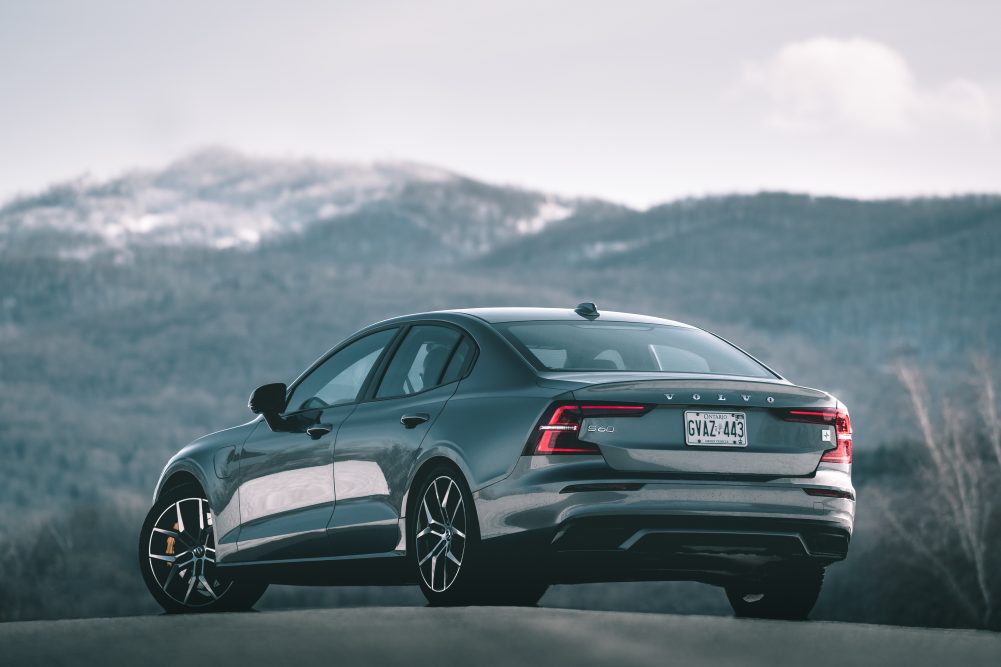 What you receive is a fair bit of mechanical and aesthetic enhancements that do a lot at improving the car’s dynamic abilities. For starters, the Polestar Engineered gets a different grille, adorned with the aforementioned Polestar logo, a set of model-specific 19-inch wheels which look bitchin’ as hell, beefed up brakes, with gold calipers (also extremely attractive), and adjustable Ohlins shocks. 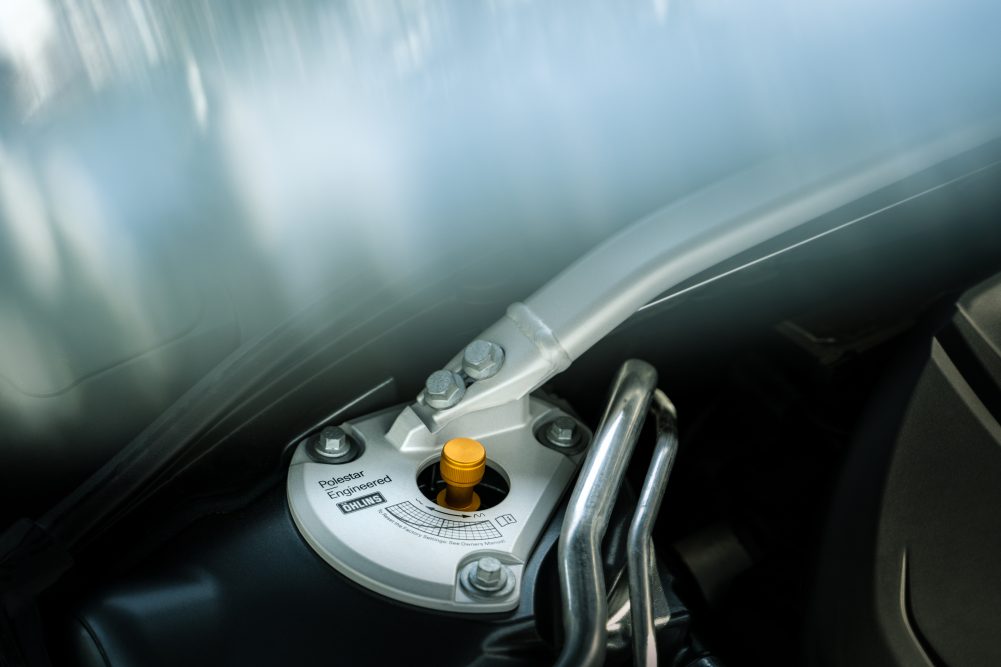 But not the fancy electronically adjustable kind you find in all other modern cars. No. These are actual shocks you can adjust yourself from underneath the engine bay.  How  fuckin’  cool  is  that? Meanwhile, power comes from Volvo’s Twin Power plug-in hybrid drivetrain, called T8. No, it’s not a turbocharged eight-cylinder. It’s actually the same 2.0-liter turbo four that  powers  pretty  much  all  modern  Volvos. 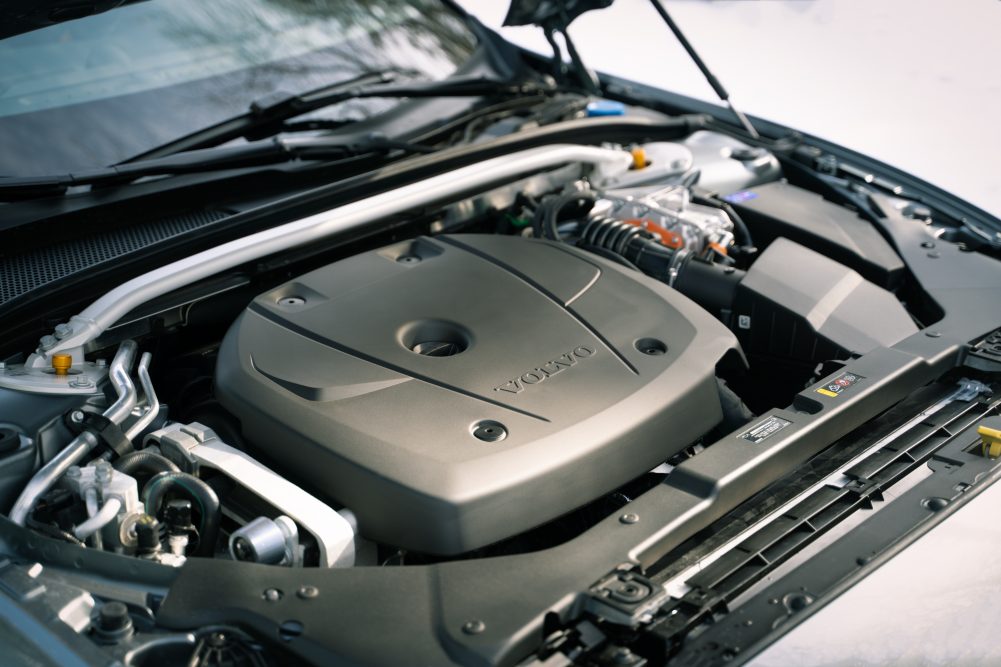 It’s also supercharged and coupled to a tiny electric motor which gets its juice from an 11.6-kWh battery. Total combined horsepower is 415 horsepower and a stout 494 lb-ft of torque. The car will run on full electric mode for up to about 30 km when adequately charged. All-wheel-drive is standard, and so is an eight-speed automatic gearbox. 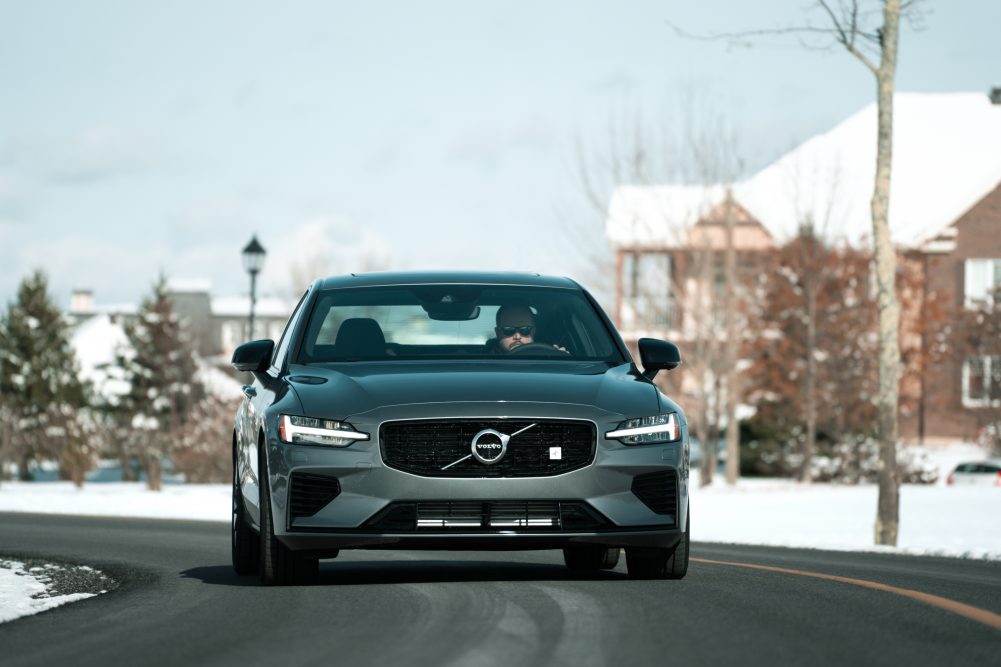 With specs this attractive, you’d expect the Volvo S60 Polestar Engineered to take off like a bullet and let out snorting exhaust farts out of its tailpipes each time it shifts. Yet, no. This S60 never actually feels like it has 400 horsepower, which is somewhat of a letdown.

Now, don’t get me wrong, This is a quick car, capable of sprinting to 100 km/h from a standstill in a good five seconds flat, all while hustling hard in the twisties. The issue at hand here is that it’s a pig, weighing in at a lofty 4,500 pounds, so it needs a lot of power to compensate. Also, it never sounds all that aggressive, but rather always smooth, refined and…quiet? 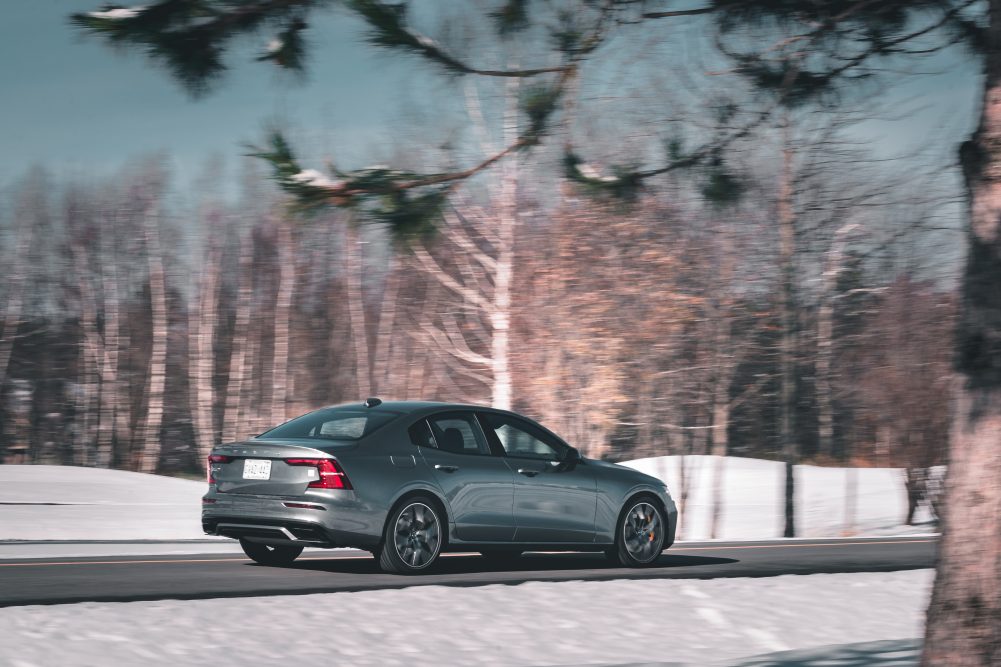 So no, the S60 Polestar Engineered is not a sport sedan with hair-raising performance, like, say, a BMW 340i or even a Genesis G70 3.3T. But that doesn’t prevent it from being fun to drive. It has other tricks up its sleeves that still allow it to shine through as a unique machine. 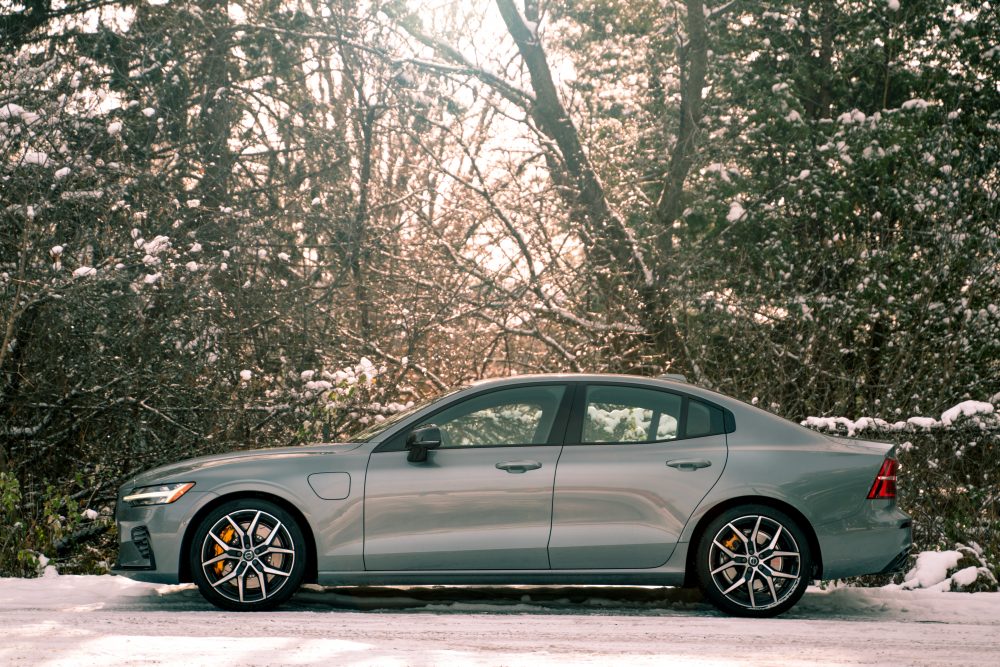 For starters, it looks absolutely fantastic, arguably the best looking small sedan currently on sale. And in this Polestar trim, with the Osmium Grey you see here, and those brakes…THOSE BRAKES, you can’t really get better than this. 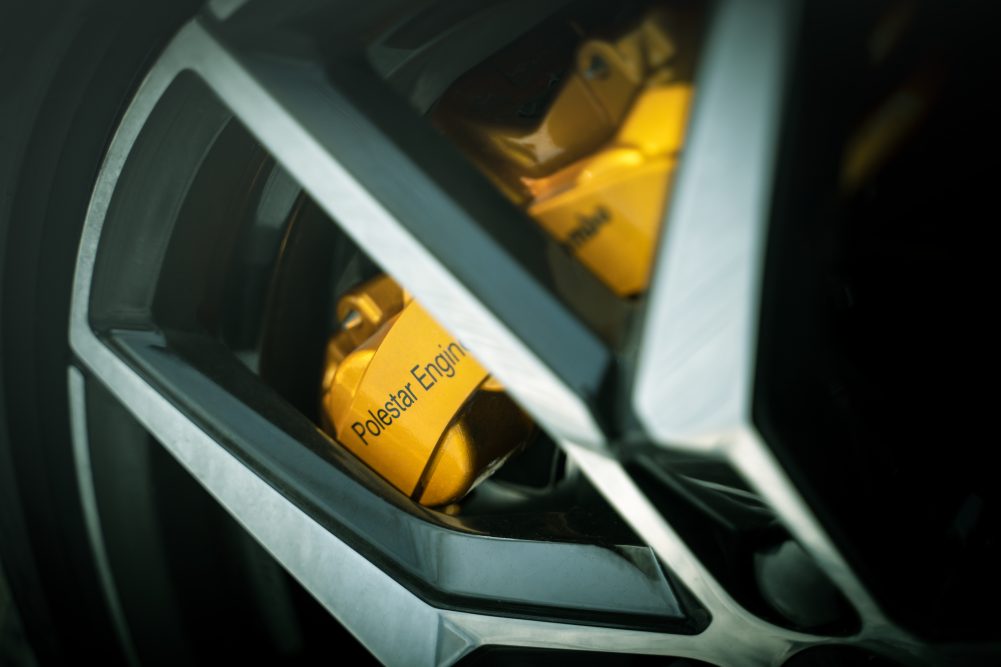 I was also quite satisfied with the way this car handles. The sport suspension does a fantastic job at improving the S60’s already athletic charm, and there’s a tremendous amount of grace and composure in the way it drives down a curvy back road. What’s more, Polestar has engineered the rear electric drivetrain to provide torque vectoring when applying throttle, so you actually feel the rear of the car rotate when really committing. It’s rather fun. 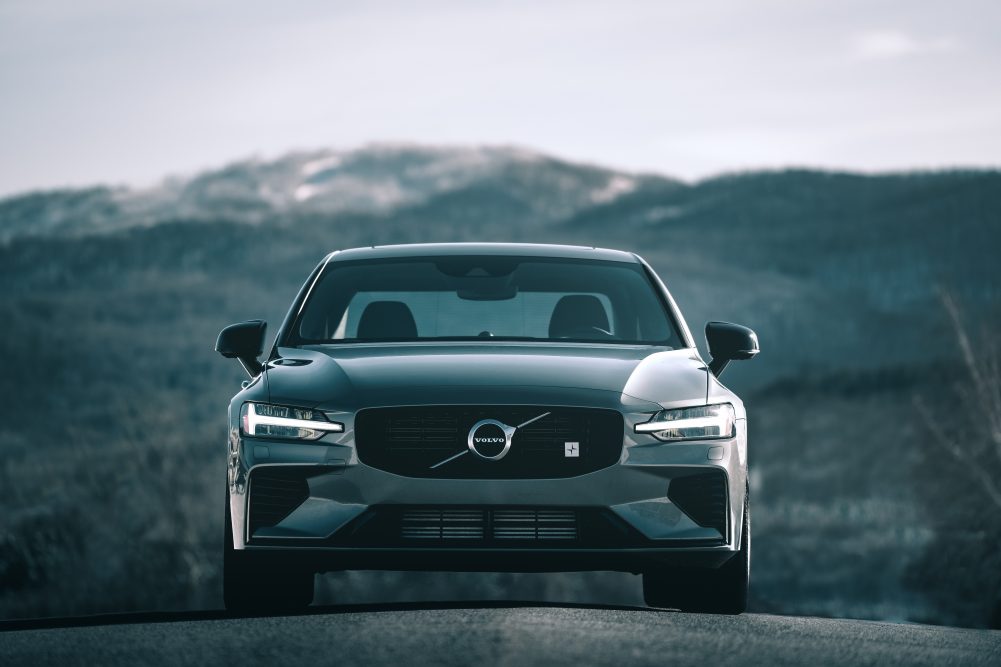 To nobody’s surprise, the car’s brakes are fantastic, all while providing a good amount of regenerative braking along the way.

My biggest gripe with the T8 drivetrain though is that, just like all the other cars and SUV’s it powers at Volvo, it never quite seems to know what it is. For instance, the transitions between gasoline and electric propulsion can be harsh at times, with annoying delays when you smash the throttle for some good-old-fashion performance driving. That T8 simply doesn’t seem to be the right drivetrain for a Polestar logo. It also adds a tremendous amount of weight to the car. 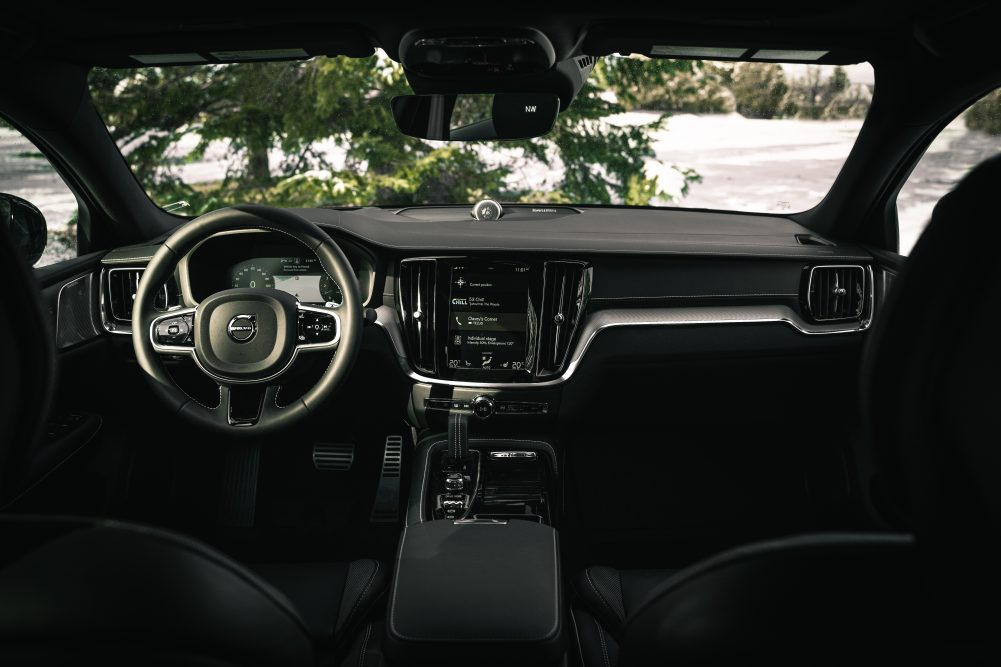 If it were up to me, I’d use all this high performance wizardry on the already capable T6 variant, but then, that would ruin the point of calling it a Polestar in the first place. Unfortunately, the Polestar treatment isn’t as significant here as it once was. While very good and agile, the S60 Polestar Engineered doesn’t feel special enough. 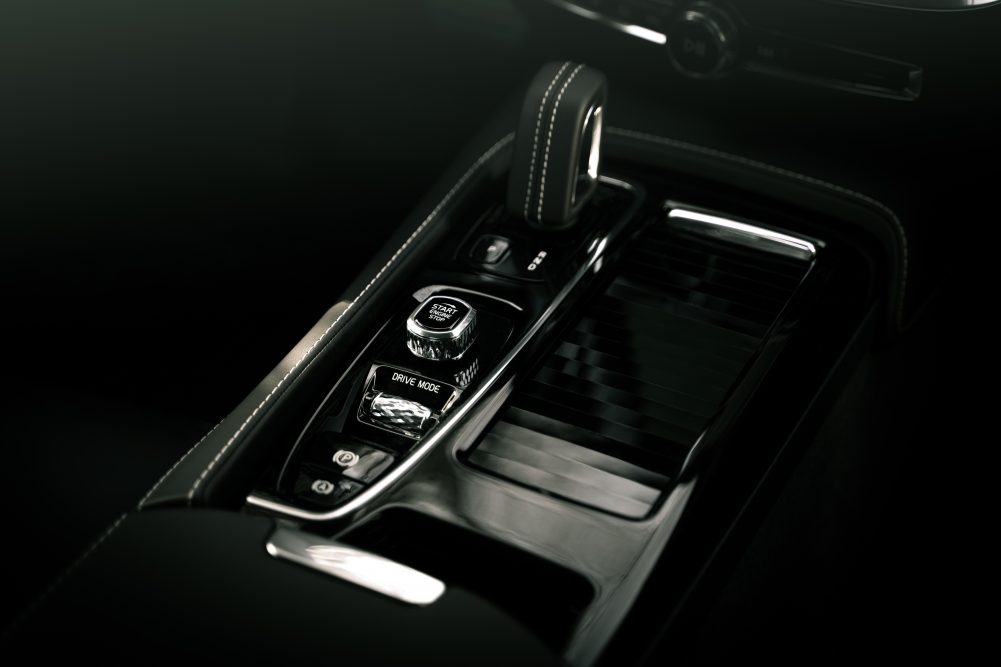 That said, one can forgive this quirky character for its supermodel good looks and dashingly well put together interior, which remains a supremely comfortable place to spend some time in a car. You’ll even get yellow seatbelts to match the kickass brakes. 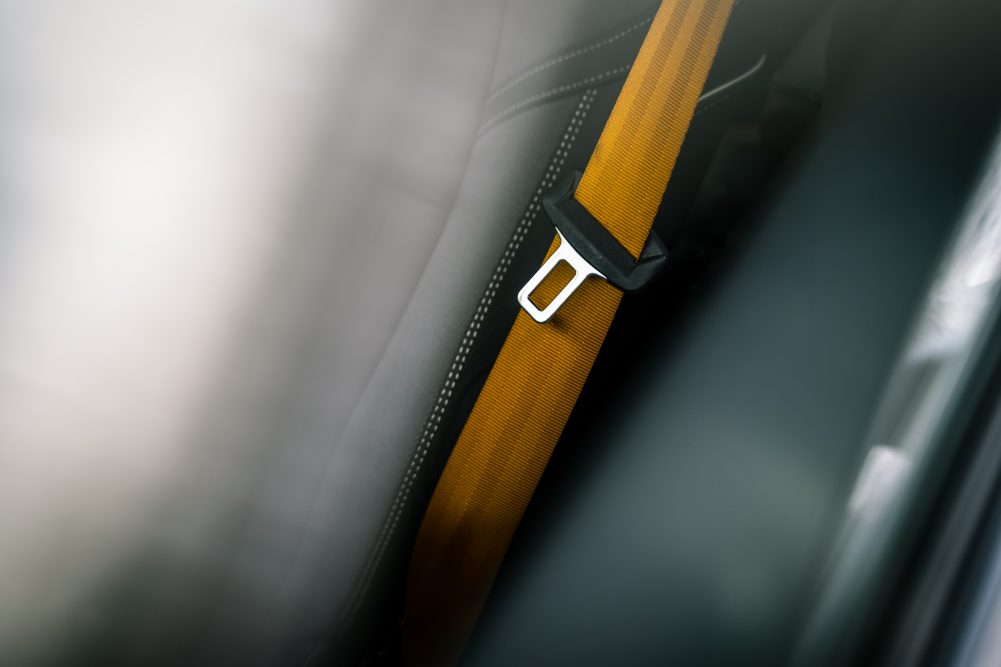 Seats remain up there among the best in the business, and cabin design is clean, uncluttered, yet modern and super pretty. I also totally dig the golden Bowers & Wilkins speakers hidden behind a brushed aluminium cover. Looks expensive  and  of good quality. 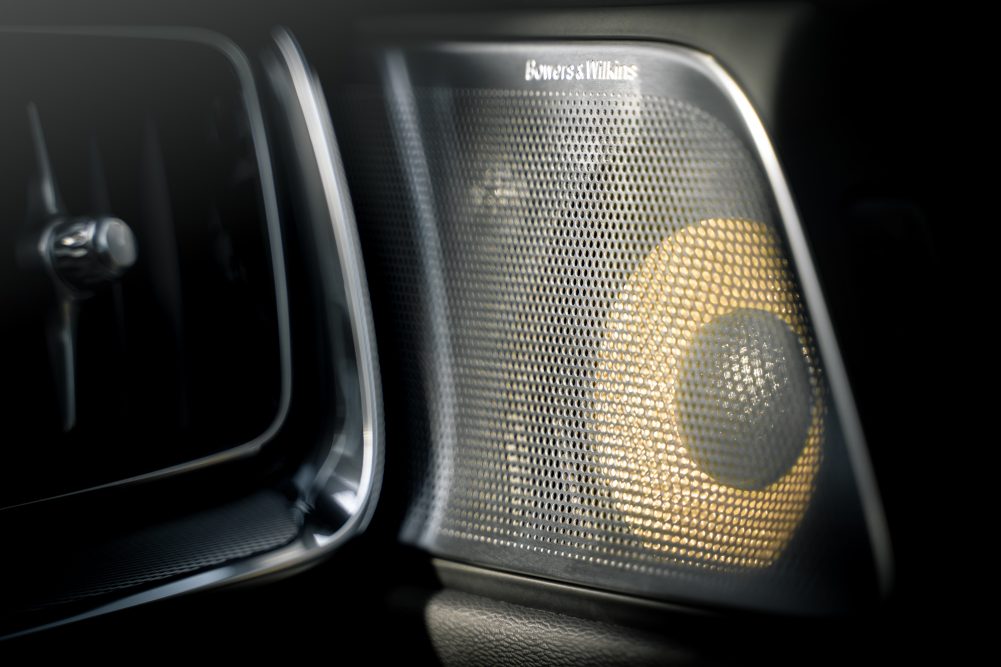 And while the Sensus infotainment system still displays odd glitches – like not turning on the backup camera when it should -, its overall presentation is attractive,  with  relatively  easy  to  grasp  commands. 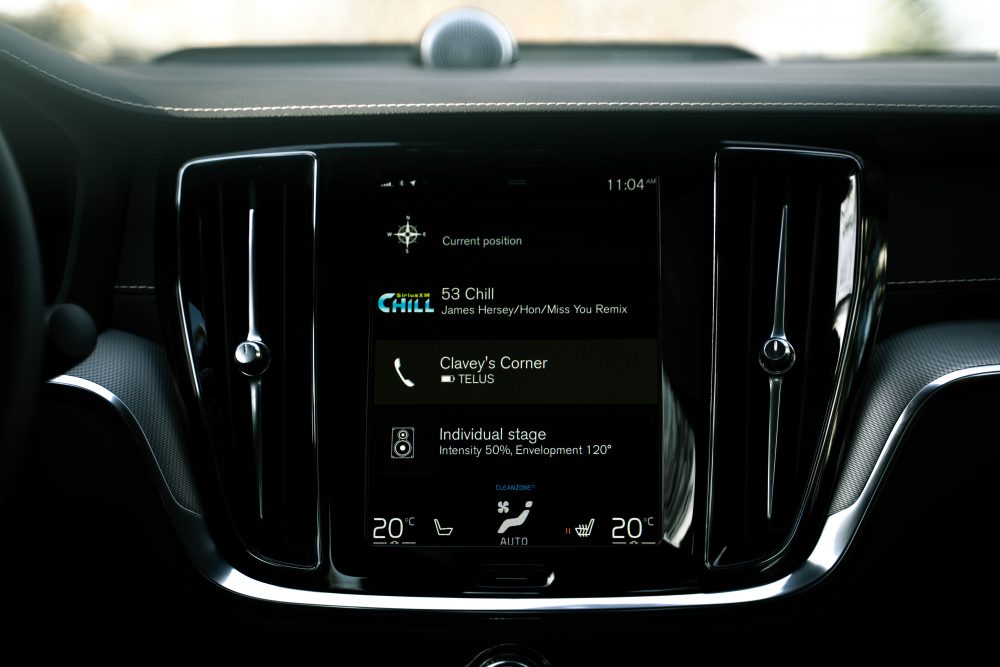 Simply put, the 2020 Volvo S60 Polestar Engineered is sadly not yet up there to be called a genuine sport sedan. The way it performs is nowhere near what the German opposition offers with similar specifications. But it’s not a total letdown neither. 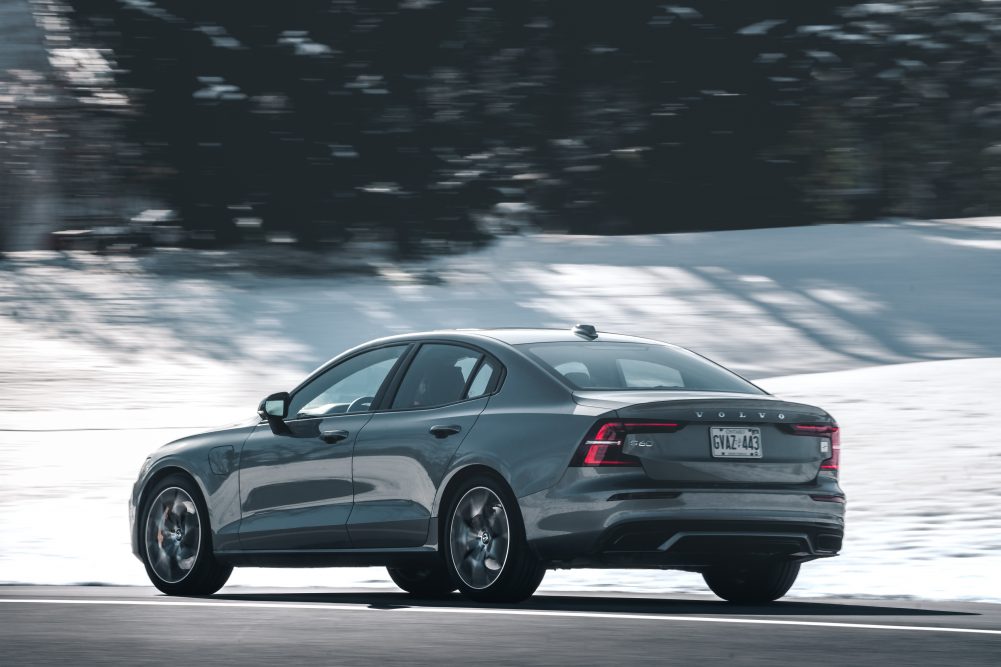 There’s substance here, a tremendously solid chassis that’s rewarding to explore. Suspension tuning is fantastic, which, if that’s your thing, can be tuned to your liking. Its super-model good looks will also put any modern BMW to shame. If you’re looking for something special in a sedan, then yes, this is well worth the price. But as cool as the Polestar name may sound, it’s not yet the overachieving athlete we wish it was.