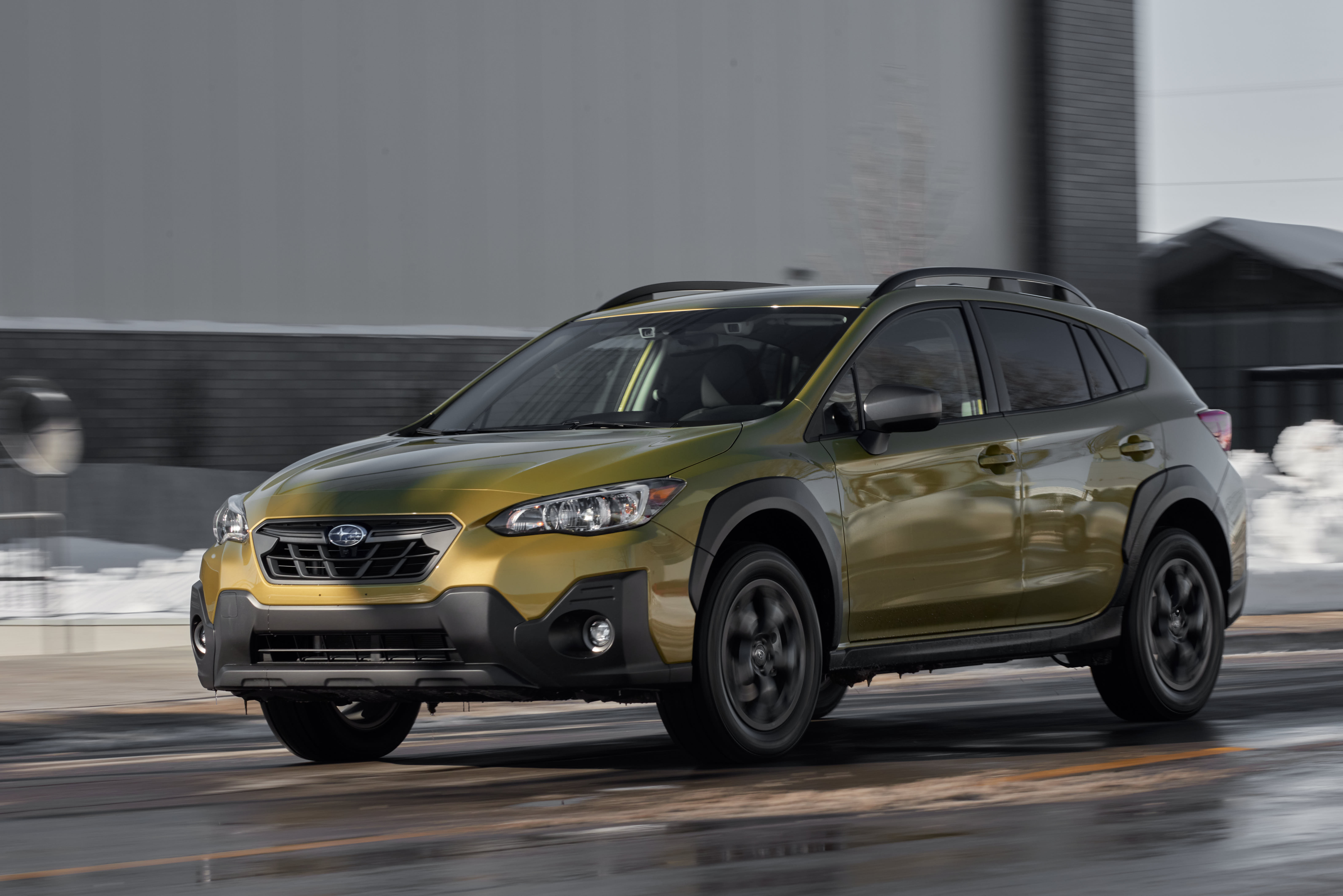 There’s absolutely nothing exciting about the 2021 Subaru Crosstrek. It doesn’t even sit in a particularly cool category. But everything about it makes a shit-ton of sense. And for the 2021 model year, it gets a new engine. Is it turbocharged? No. Is it fun? Not really. But does it work at making the Crosstrek one of the best year-round daily drivers? Absolutely. 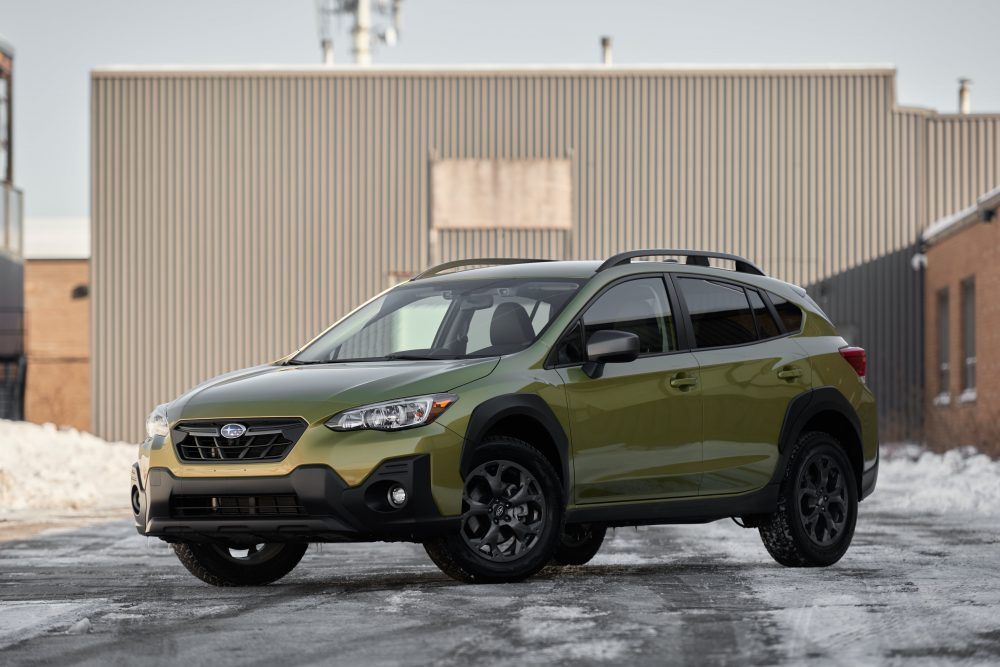 That’s the name of the color you see here. I’m not a fan of it. It looks like something between puke and diarrhea. But what you need to know is that on top of receiving a new engine, the 2021 Subaru Crosstrek also got a mild facelift. There are new front and rear bumpers, a new grille design, new wheels and vaguely different head and taillights, as well as a slightly revamped interior. 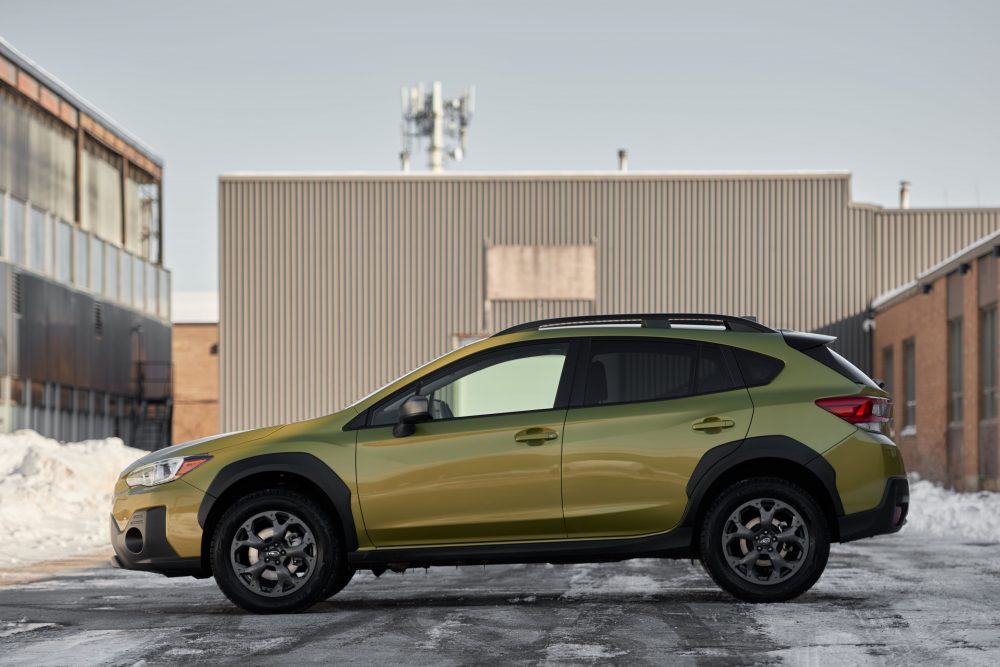 The 2021 Subaru Crosstrek remains a tried and proven formula in the subcompact crossover segment because it’s essentially a lifted Impreza. And while pretty much everyone now milks this cow, Subaru was the first carmaker to really bring the idea mainstream during the late nineties with its lifted wagons. In every respect then, this is a tiny all-wheel drive hatchback with extra body cladding. And the best part of it all is that it doesn’t try to be something it’s not. In other words, the Crosstrek is an honest, down to Earth vehicle. And I quite like that. 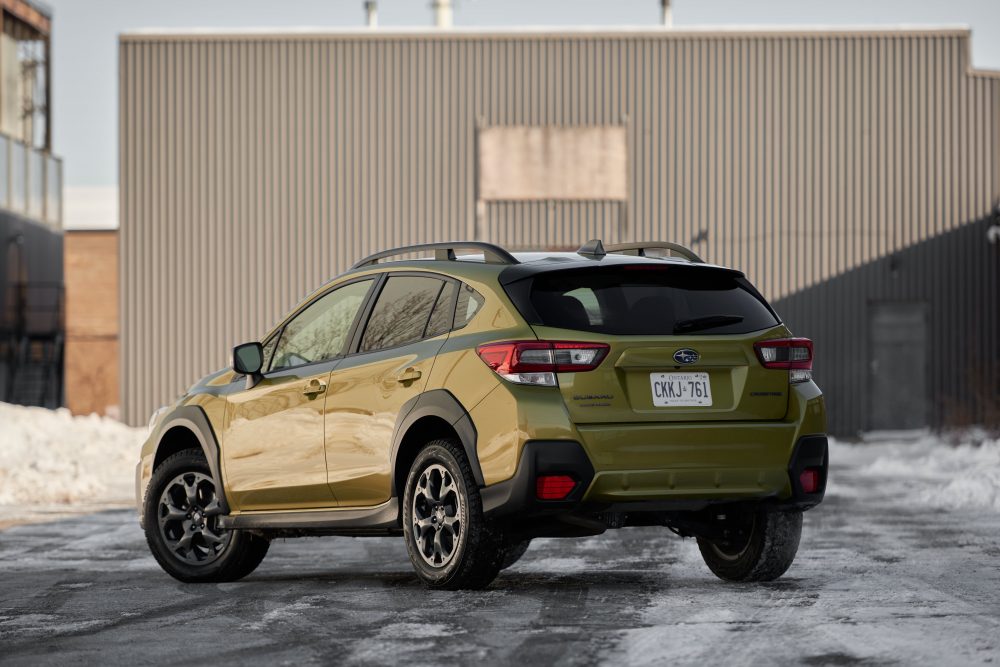 While base Crosstreks still come with the old 2.0-liter Boxer four-cylinder engine (152 horsepower and 145 lb-ft of torque), the new 2.5-liter unit is much more potent. It’s taken straight out of the Legacy midsize sedan, and brings things up to a much more substantial 182 horsepower and 176 lb-ft of torque. Unfortunately, you can’t pair this engine with a manual transmission like you can with the 2.0-liter engine. What you’re stuck with is a, you guessed it, continuously variable automatic (CVT). 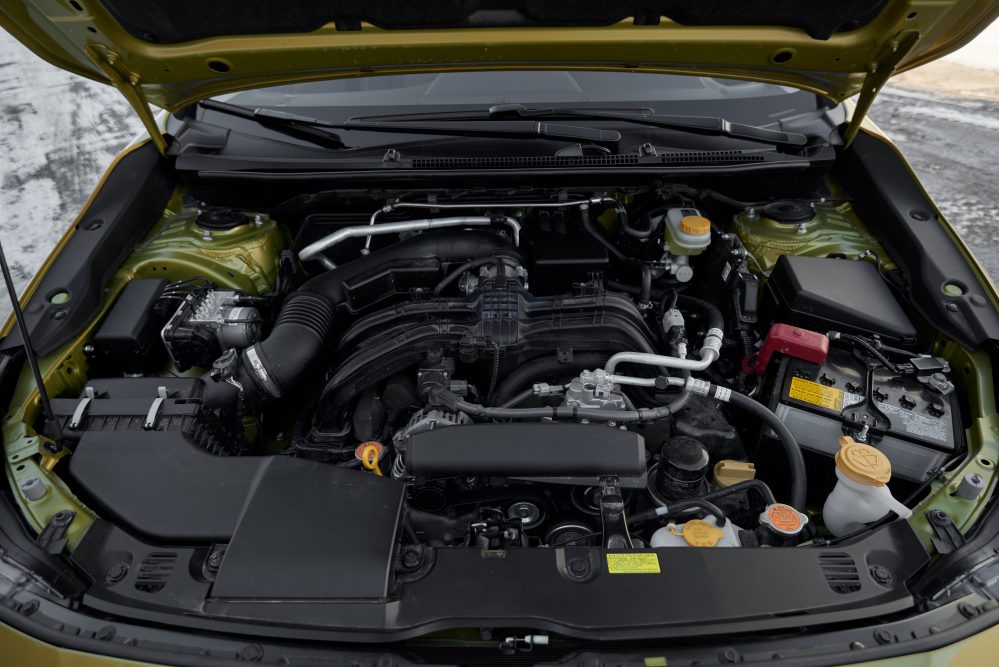 But Subaru’s system is not all that bad, which I’ll get back to in a bit. As expected, the Crosstrek comes standard with one of the best all-wheel drive systems in the world – because Subaru -, and all at a very appealing entry price of $25,908. My model was an Outdoor trim with Eyesight. It adds a few “offroady” elements like larger fog lights, even more body cladding, a slightly revised front fascia, model-specific wheels and Subaru’s X-mode system which actually improves off-road capability to a certain extent.

It Just Takes In The Hits 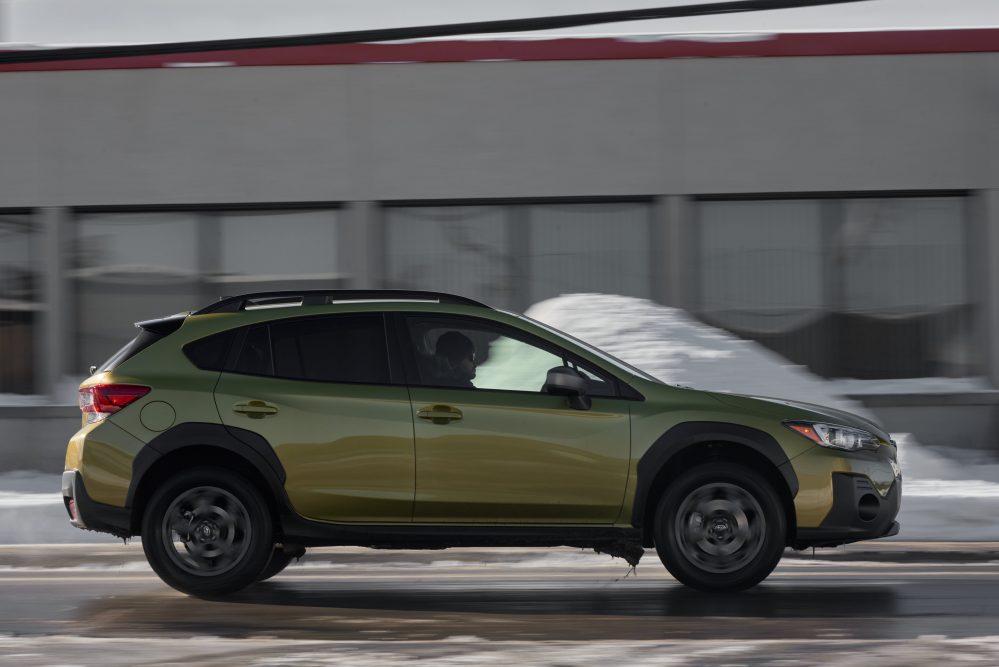 When I had driven the original Crosstrek, I had adored it for its spirited character and puppy dog attitude. This 2021 model is still very much that. As in all Subarus, there’s a firm, buttoned down feel on the road that allows you to throw the vehicle hard into a corner without fear of losing control. That feeling of being glued to the road is present no matter what kind of surface you’re driving on. It’s fantastic. The Crosstrek’s suspension damping is also perfect for trash Quebec roads. It just takes in all the potholes no sweat. 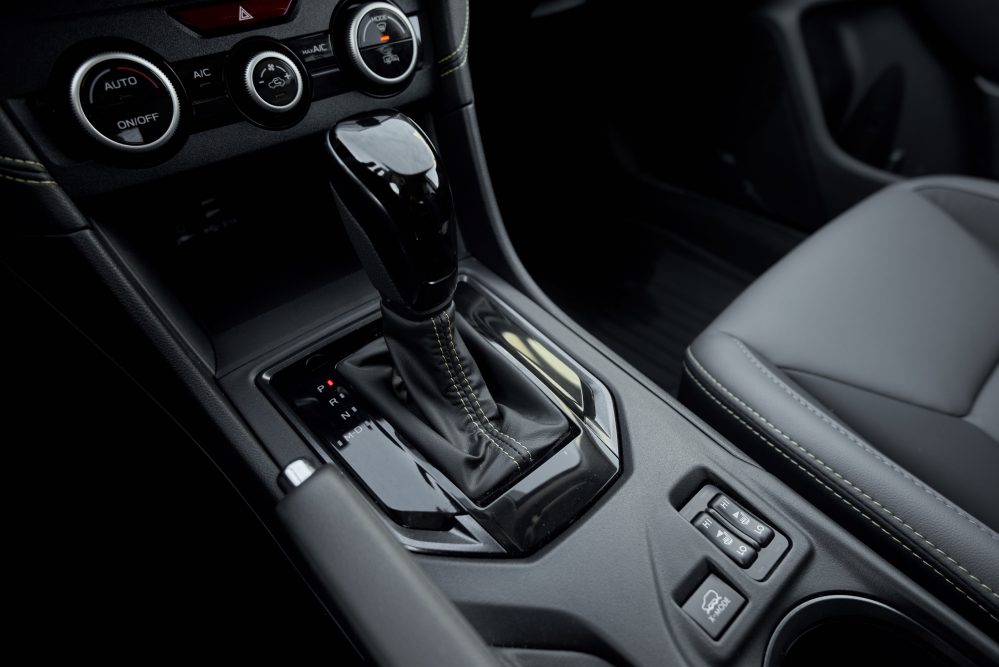 Now, about that CVT. It’s, well, a god-damn CVT, which means it inherently sucks due to its loud droning during hard launches and elastic feel. Subaru tries to quell this problem with artificially simulated gears, and to a certain extent, it works at making you believe you’re driving an automatic gearbox. Let’s just say it gets the job done. 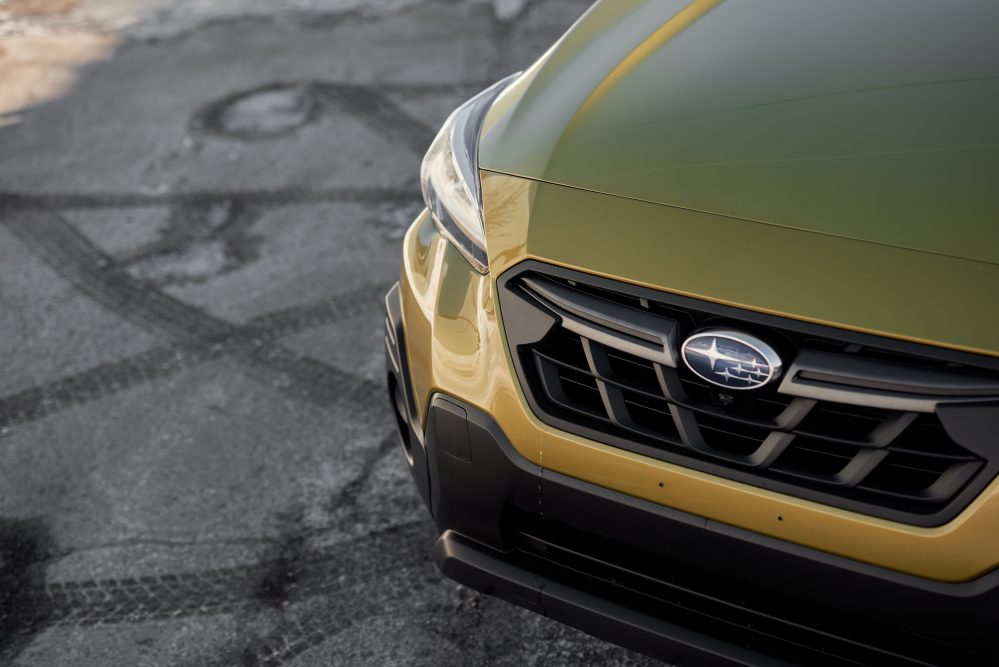 But I’d still prefer a manual gearbox over this any day. The problem is that the only available unit for the Crosstrek isn’t all that great. Shift action in the manual is sloppy, and the gears are awkwardly spaced. So your choice is either a sloppy manual with an underpowered engine, or a more potent engine with a CVT. Great. 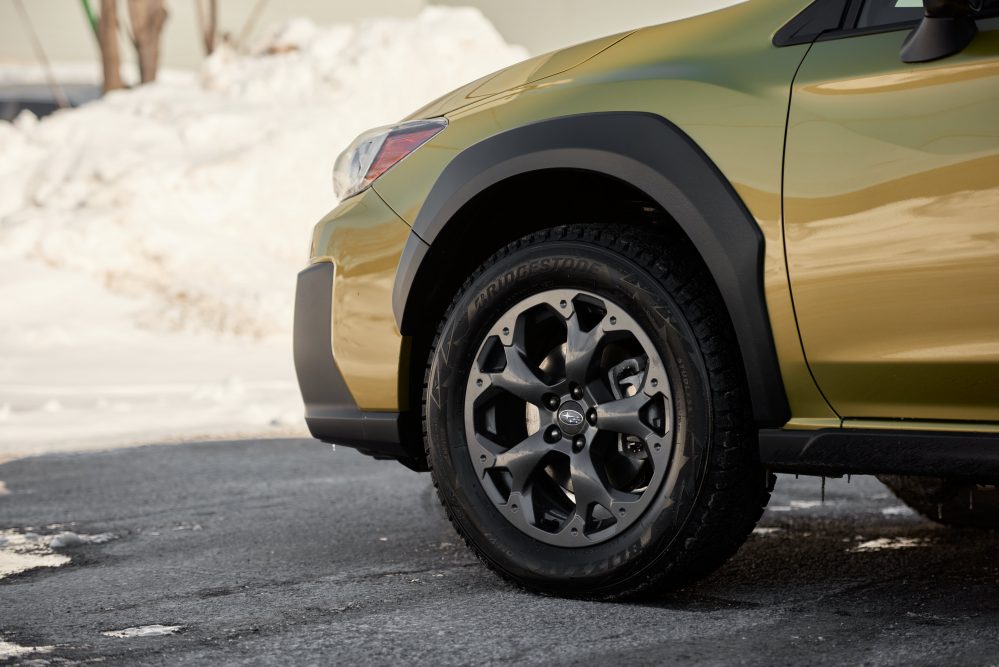 For a vehicle as pragmatic as a Crosstrek I’d go with option B. Because this will be used as a year-round daily driver, I’d swallow the CVT pill in exchange for more power. Of course, the solution would be for Subaru to add a manual option on the larger engine. But we all know that it won’t happen anytime soon. 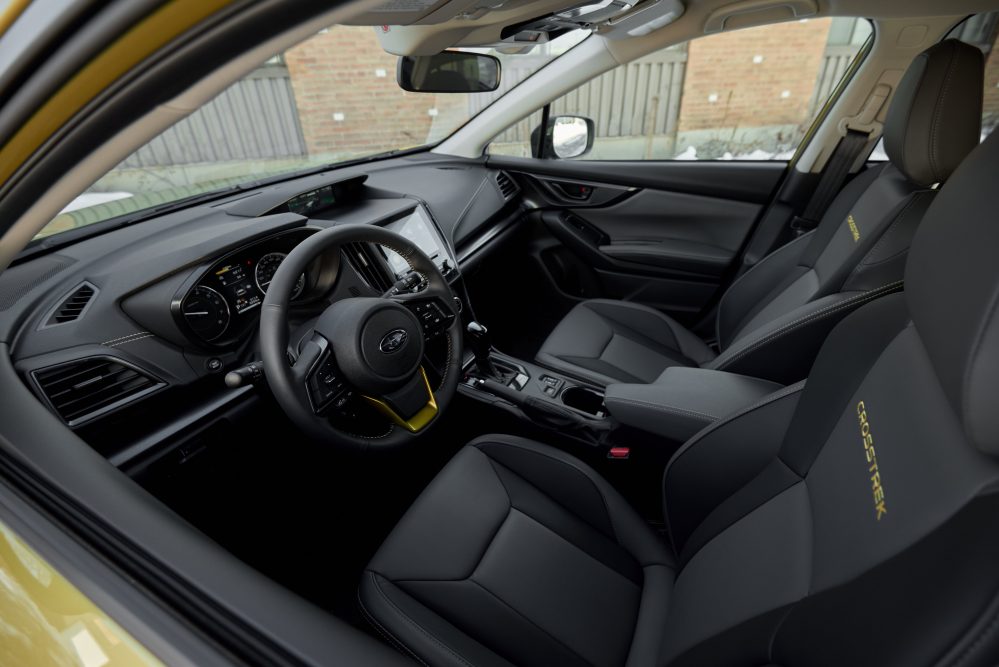 As for the engine itself, well, it’s a Subaru 2.5-liter unit, meaning it has plenty of low-end grunt, loves to rev but also make annoying valve clacking sounds during cold starts. It’s not the best sounding engine out there, but it makes good power given the vehicle’s size and weight. And being naturally aspirated means you’ll have a much livelier throttle response than some of its turbocharged rivals. 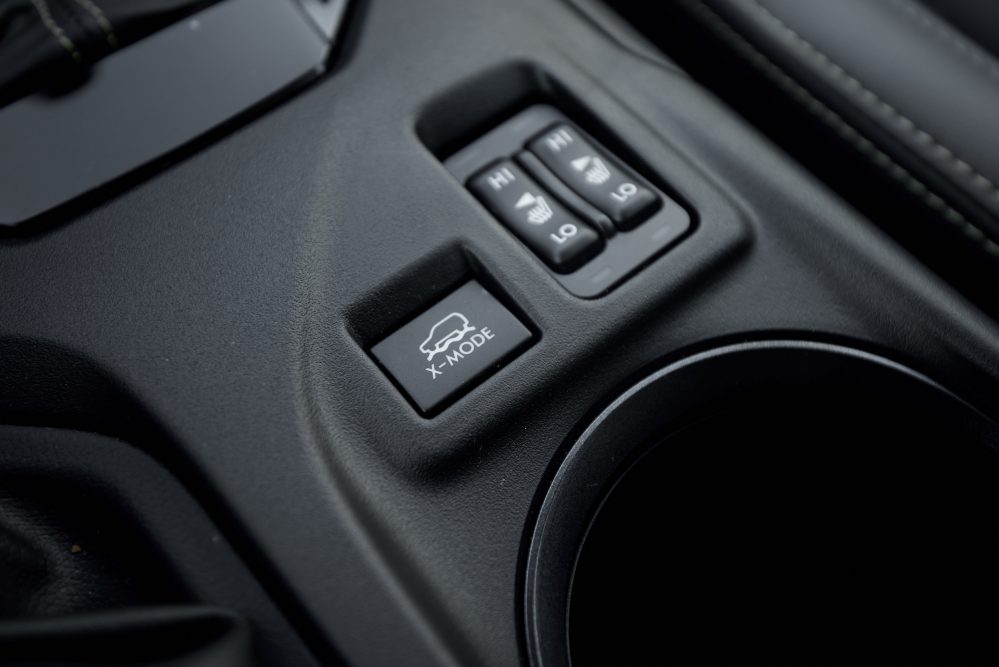 Subaru’s X-mode system is also rather clever. It’s essentially a computer-controlled system that manages engine output, transmission, AWD torque split and the braking system to improve the car’s offroad capability. You engage it by hitting a button located on the center console. Fuel consumption does however increase when you use it. But while it may appear like a gimmick to the eyes of hardcore 4×4 low enthusiasts, this electronic system is rather clever. Just don’t venture out in the Rubicon trail with a Crosstrek. But it’s capable enough to get you out of most difficult situations. 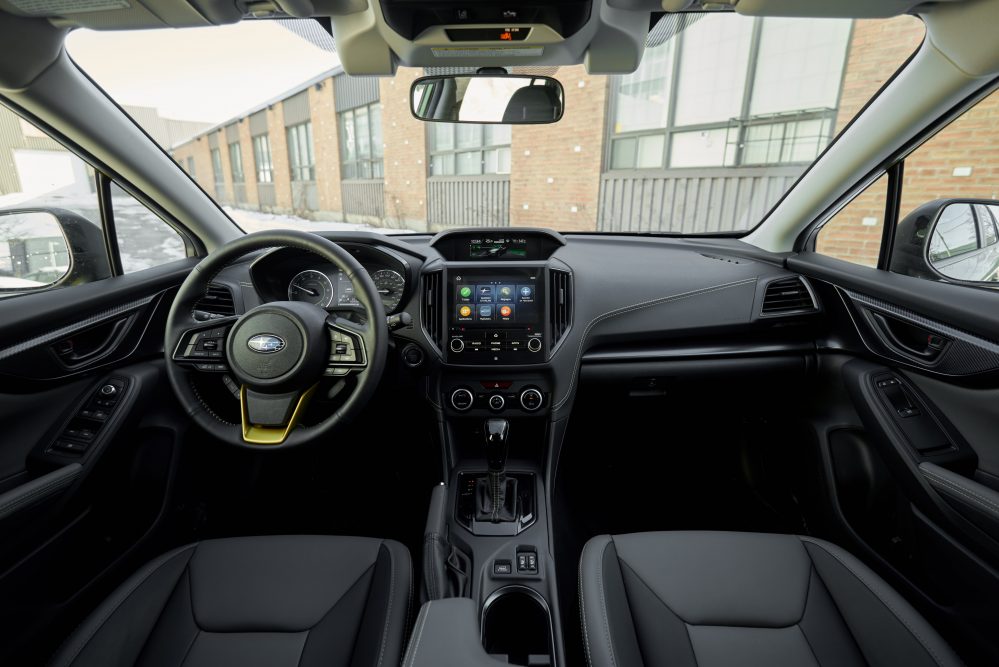 Inside, the Crosstrek soldiers on with its utilitarian promess. There’s nothing fancy here, but it is well put together. Ergonomics and visibility are excellent thanks to large windows and a high ride height. Subaru’s Starlink infotainment interface also operates quickly and seamlessly, and I personally adore the gimmicky top-tier center screen. While yes, some of the displayed information is useless at times, it does have an eighties vibe to it that I quite like. 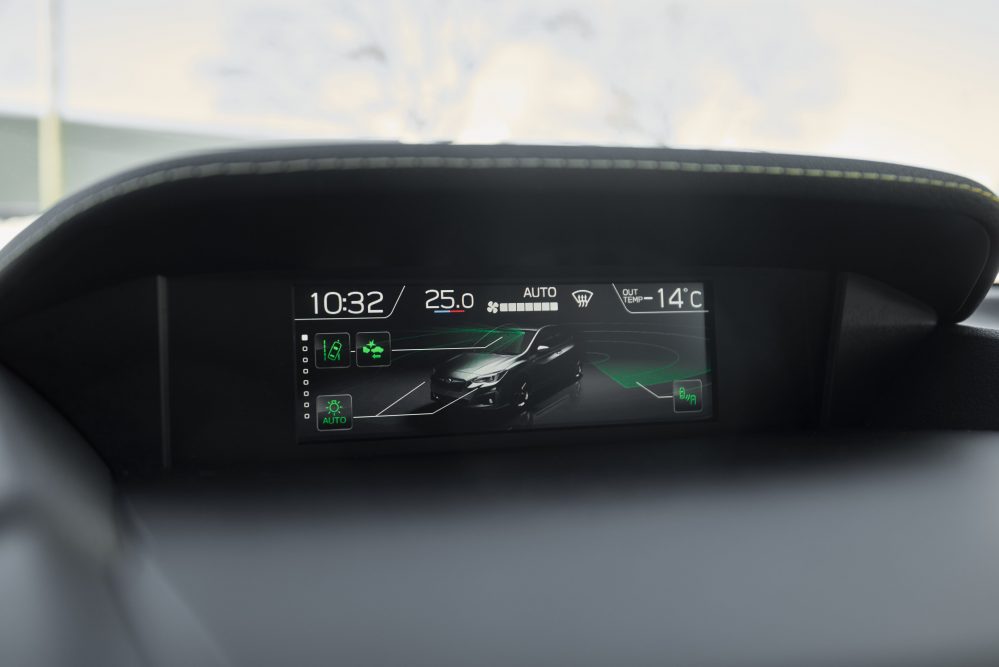 Cargo space is also rather decent in this lifted Impreza. Fold the rear seats down to the floor, and you’ll get up to 1,565 liters of available space. That’s behind a Kia Seltos (1,778 litres), but better than a Chevrolet Trailblazer (1,542 liters) and a Mazda CX-30 (1,280 liters). In other words, it’s mid-pack. 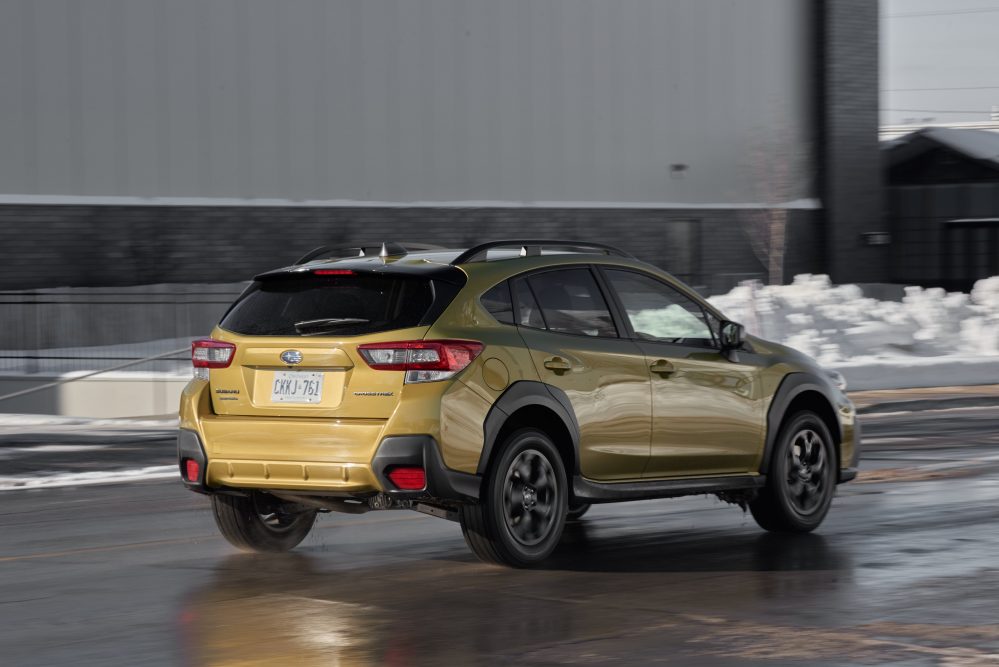 The 2021 Subaru Crosstrek is no WRX. And it’s definitely not as fun to fling around on a winding road as a BRZ. But it’s still immensely charming in its own right. As far as being pragmatic goes, this is pretty much a homerun. Weather you throw it in the snow, the mud or out there in the urban jungle, the Crosstrek is one of those charming companions that’ll always be ready to follow you in your next adventure.