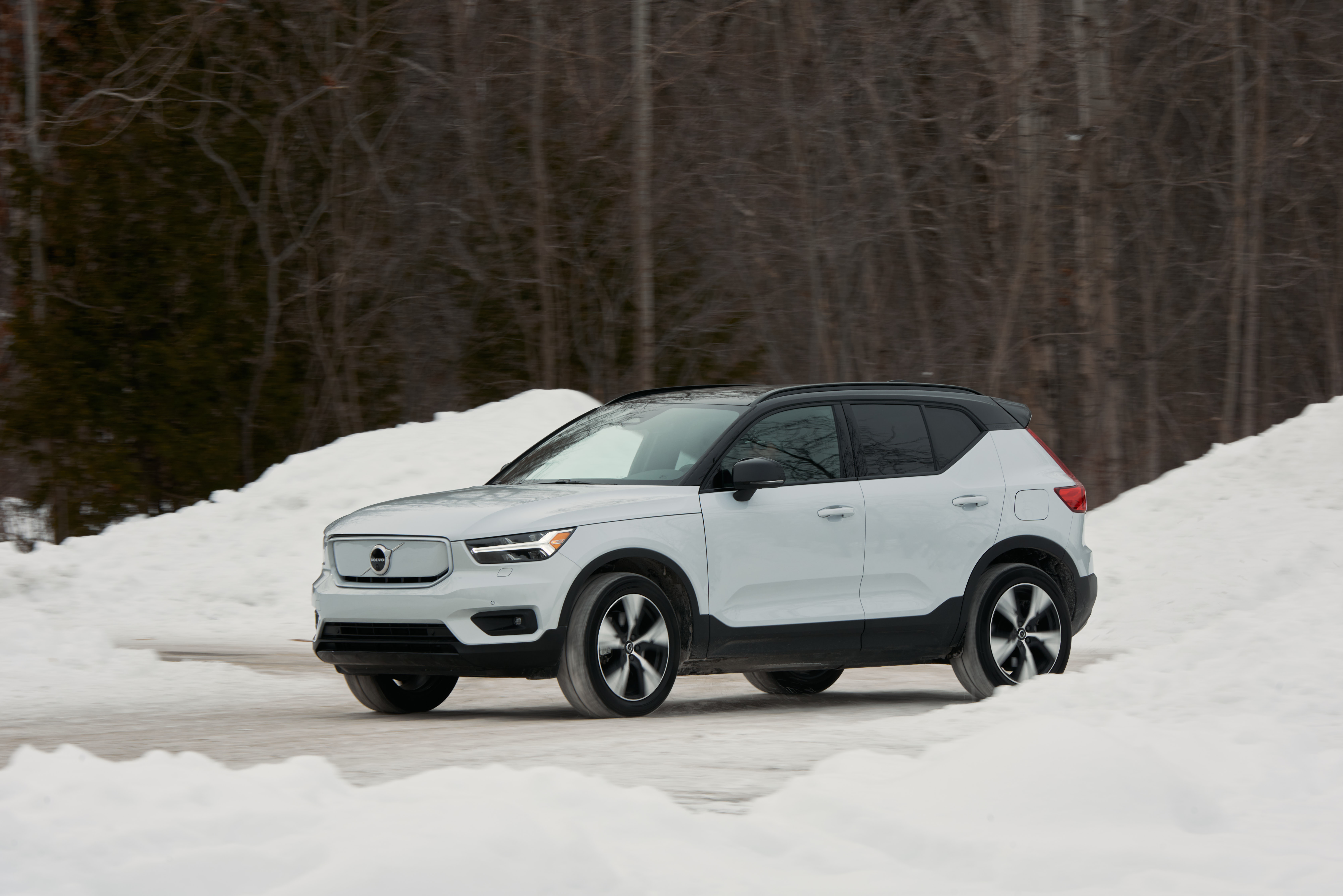 The 2021  Volvo XC40 Recharge is Volvo’s first all-electric vehicle. I mean, we kind of saw this one coming. Afterall, Volvo’s been hammering us on the head for the past five years that after 2020, its entire lineup would be electrified. And with vehicles like the S60 Polestar Engineered or even the Polestar 2, Volvo really proved to the entire world that it has what it takes to fulfill that promise. I was therefore eager to drive the all-electric XC40. Sadly, I’m a bit disappointed. 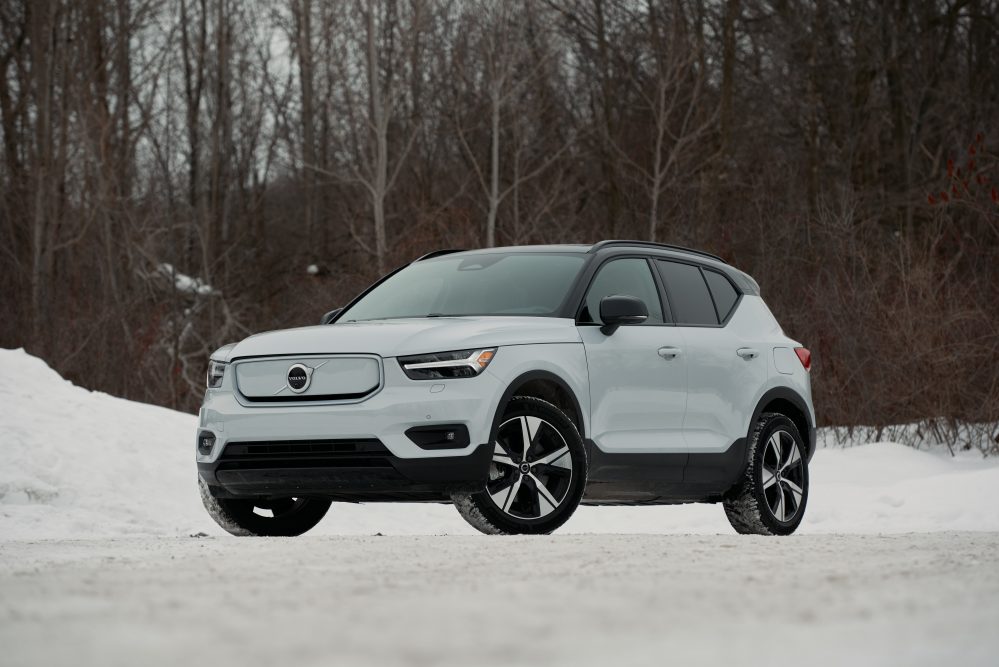 I’m going to come out and say that I find this to be one of the most beautiful subcompact luxury crossovers currently on sale. The XC40 harvests everything we love about modern Volvo styling. It wears the now classic Thor’s Hammer LED headlights, which first appeared on the XC90. But it also has a cute, cartoonish vibe that works perfectly for this segment. 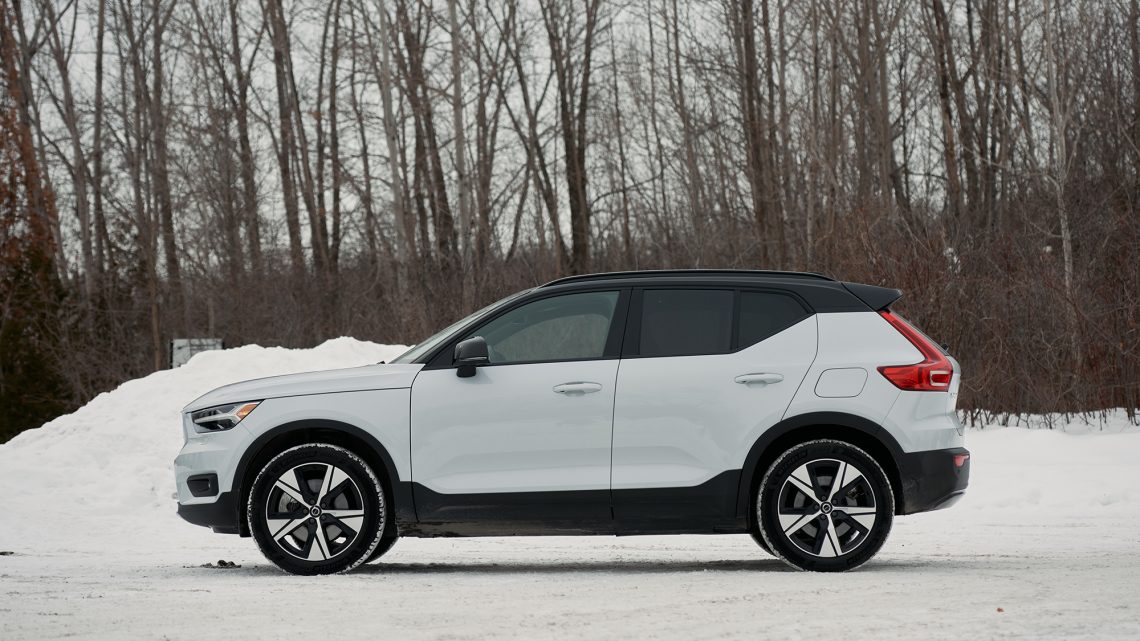 I drove the regular, gasoline-powered XC40 twice at my old day job and I absolutely adored it. It felt and drove every bit as well as its main German rivals – the Audi Q3, BMW X1 and Mercedes-Benz GLA – all while enveloping you in sublime Scandinavian comfort, Volvo-expected safety and downright engineering common sense. 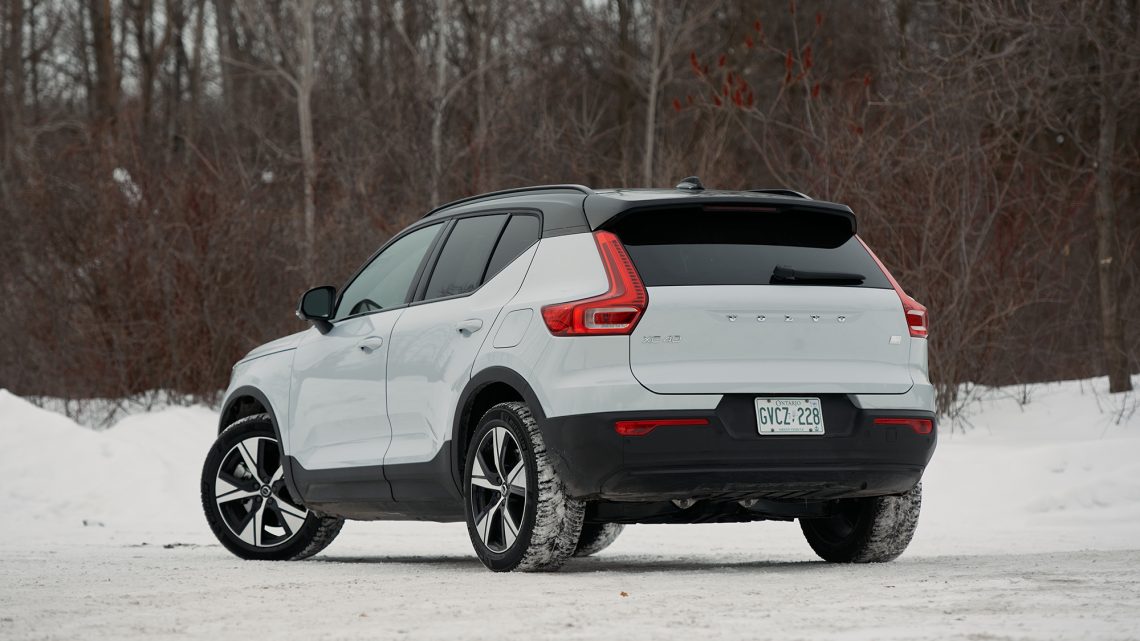 For the Recharge model (this is how Volvo will call all of its electric variants going forward), Volvo takes the same CMA platform as a standard XC40, but removes the entire drivetrain and replaces it with the Polestar 2’s 78 kWh battery pack and twin electric motors. Total combined output is the exact same 408 horsepower and 487 lb-ft of torque. Except, the Recharge’s range falls 40 km short of its corporate cousin’s at 335 km. 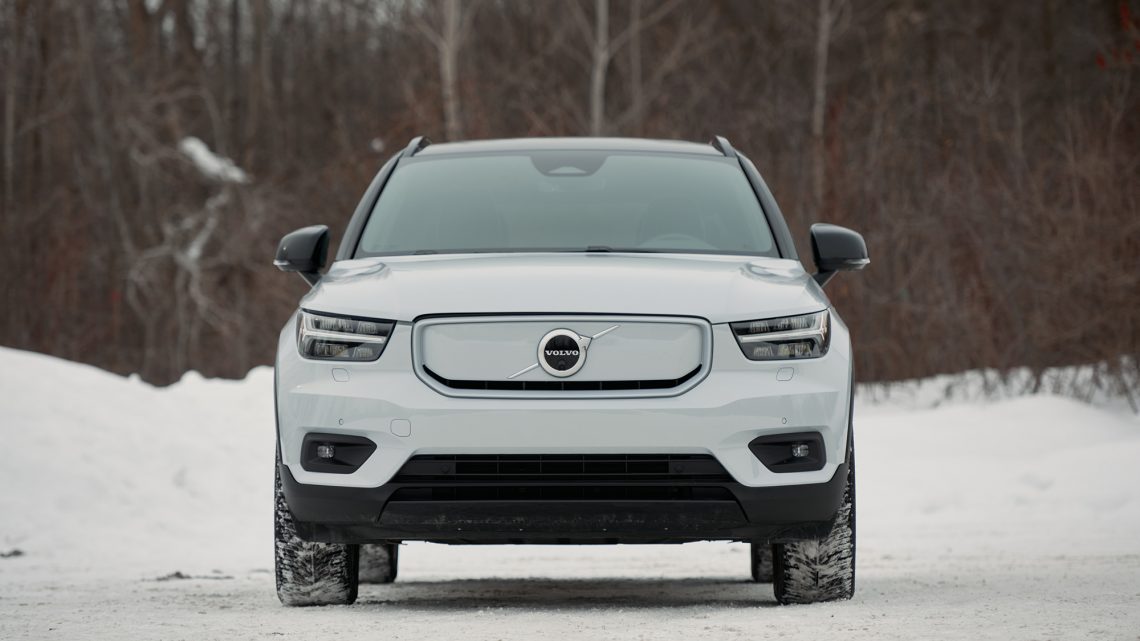 Now, I know that when I had driven the MINI Cooper Cooper SE, I had said that range doesn’t define an electric car. And I still stand behind that claim. But in the case of this XC40 Recharge, a vehicle responsible for luring consumers away from a Tesla showroom, 335 km of range is just too low. A Chevrolet Bolt EV, which came out in 2016, humiliates this with its  417 km of range. 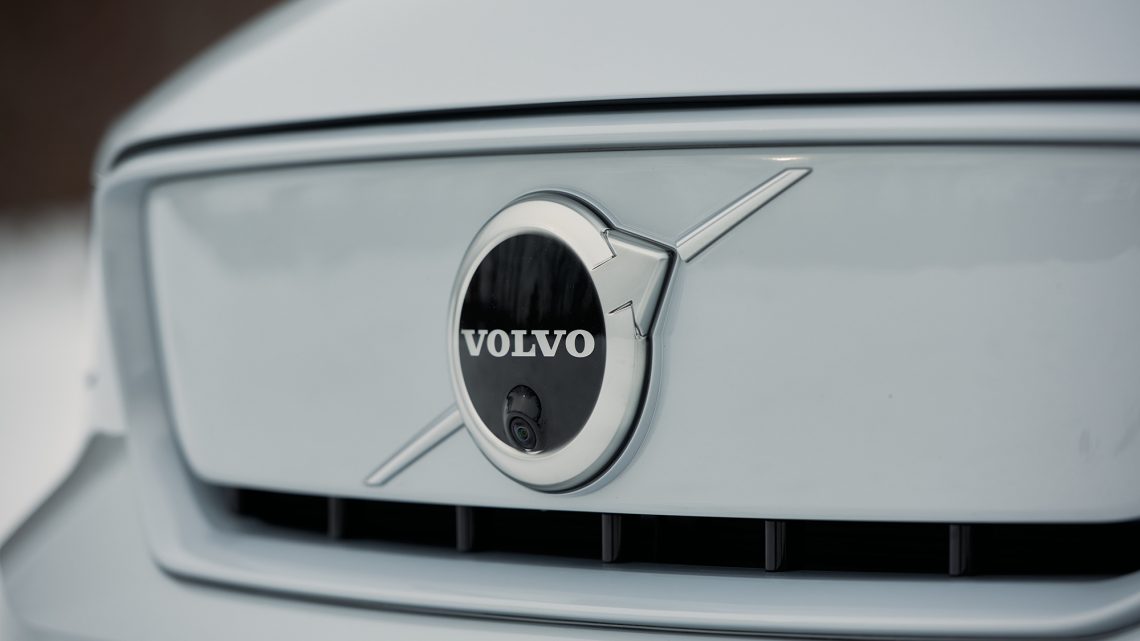 It’s also an issue that Volvo asks $65,000 for it. The problem is, in this price bracket, Tesla and Ford will sell you either a Model Y or a Mustang Mach E, both of which offer at least 100 km more range as well as more passenger and cargo space. Add to that a very limited amount of units destined to Canada during the first year (as I write this, you can’t even order a 2021 model anymore) and it feels as though Volvo is purposely telling everyone to GTFO and buy a Tesla instead.

The Product Itself Is Fantastic 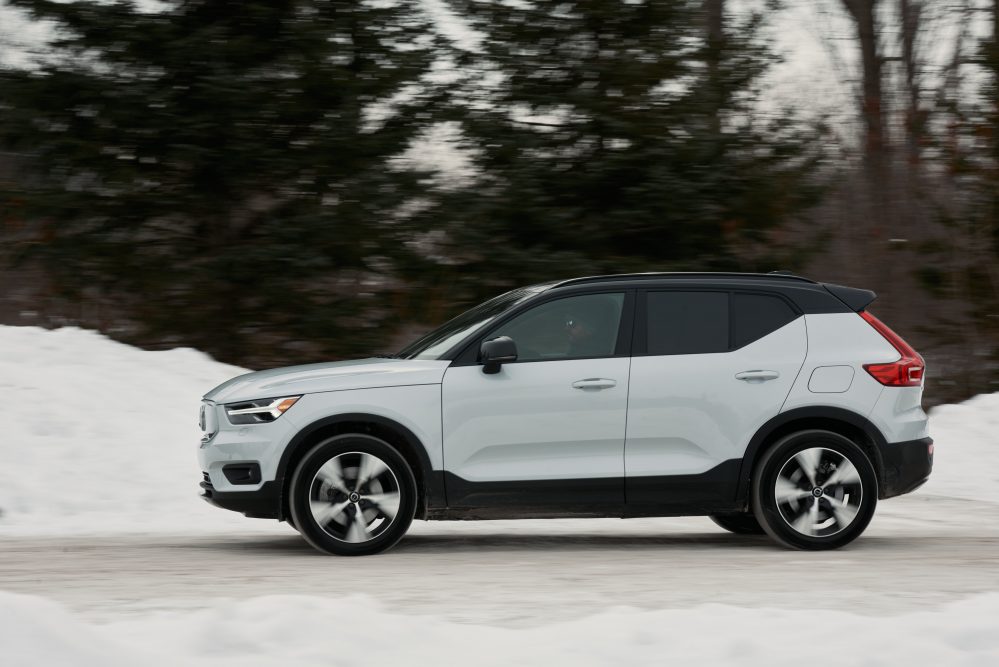 That all being said, the 2021 Volvo XC40 Recharge is just a few board meetings away from being a real hit for the brand. All Volvo needs to do is drop the price so it can fit into Canada’s EV incentive program and ramp up production so people can actually buy one. Because apart from the pitfalls I just mentioned, this thing is absolutely adorable. 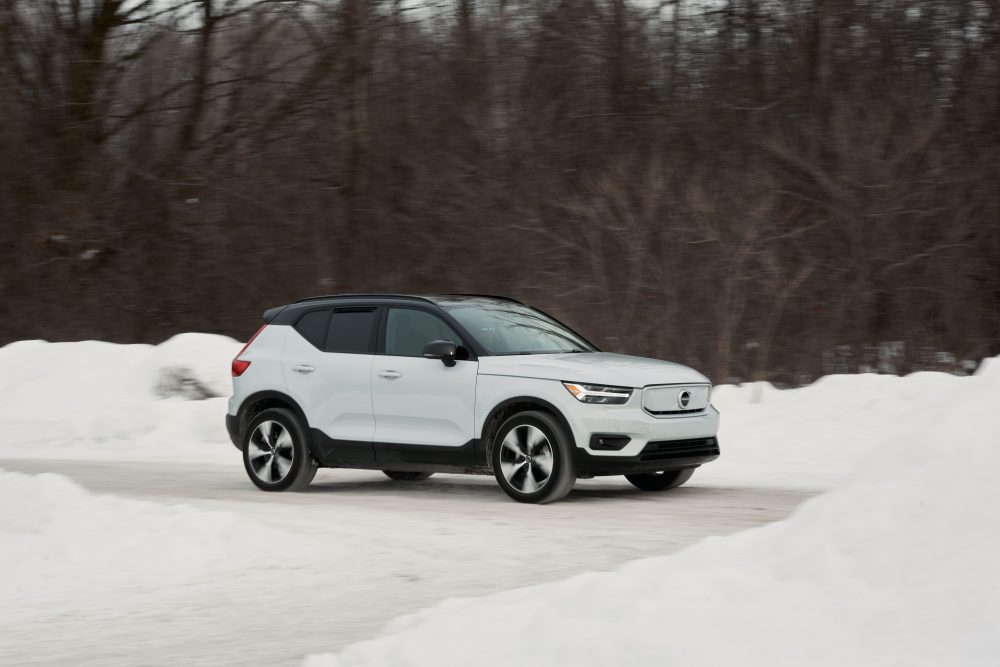 Punch the accelerator pedal, and the Recharge’s axle-mounted electric motors instantly pick up speed, snapping your head backwards in its sumptuous Scandinavian thrones. There’s actual tactility in the way the throttle reacts. It doesn’t feel like an on/off switch like in other EVs. It has depth, allowing you to manipulate it according to your preferred driving habits. Volvo also includes a pre-calibrated “one foot driving” setting for regenerative braking. And it just works. 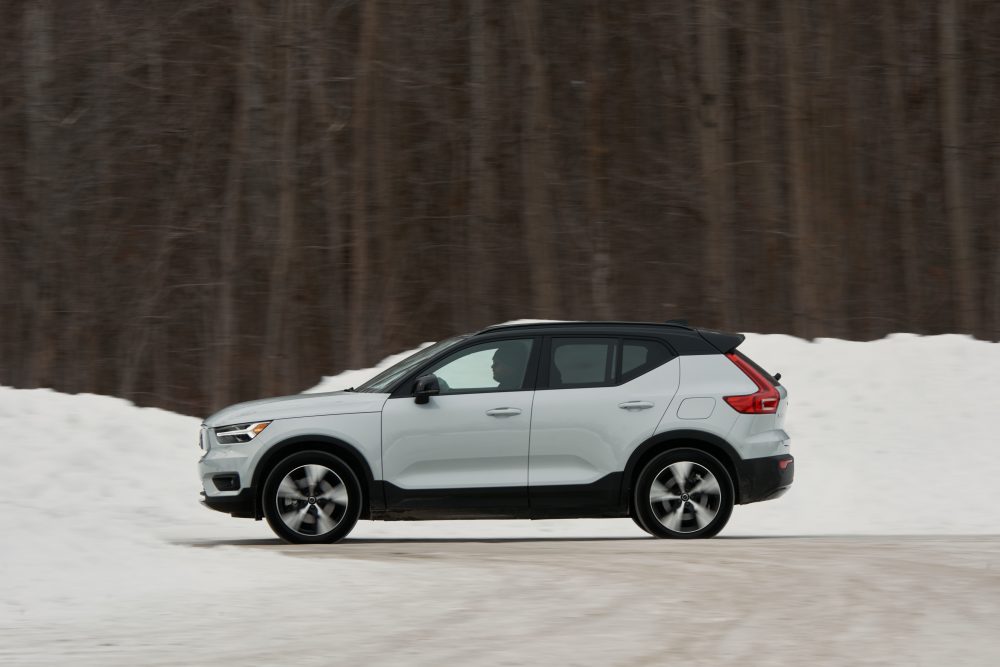 The level of grip here is also tremendous. Enter a corner hard in the Recharge and its high roof line never leads to excessive body roll. Tires simply claw to the tarmac. And thanks to a super solid platform, one that’s also shared with the Polestar 2, the entire car soaks up road imperfections all while allowing you to hoon it with grace. Cabin rattles and wind noise are also kept low. 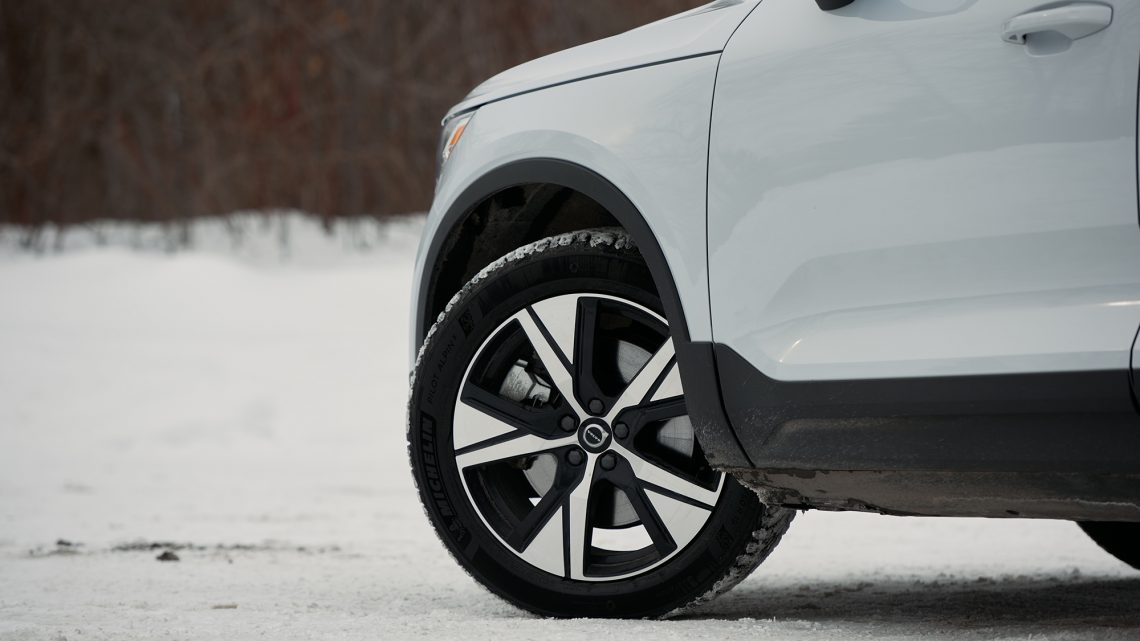 In other words, this thing is built like a tank. However, in typical Volvo fashion, the suspension is stiff, which can quickly become annoying on trash Quebec roads. What’s more, the Recharge won’t allow you to remove its traction control system, which sucks when you want to powerslide it on a slippery surface. 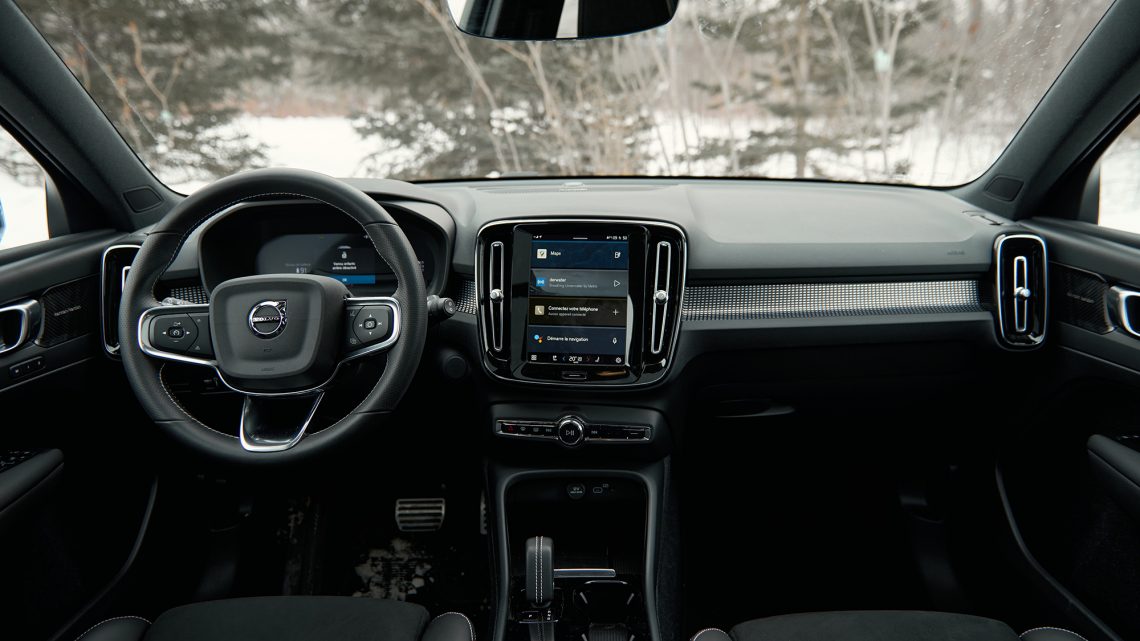 Hop inside, and the 2021 Volvo XC40 Recharge is just as attractive as its exterior. There isn’t much here that allows you to distinguish it from a conventional XC40 except for an all-new digital gauge cluster and an Android-powered infotainment system. 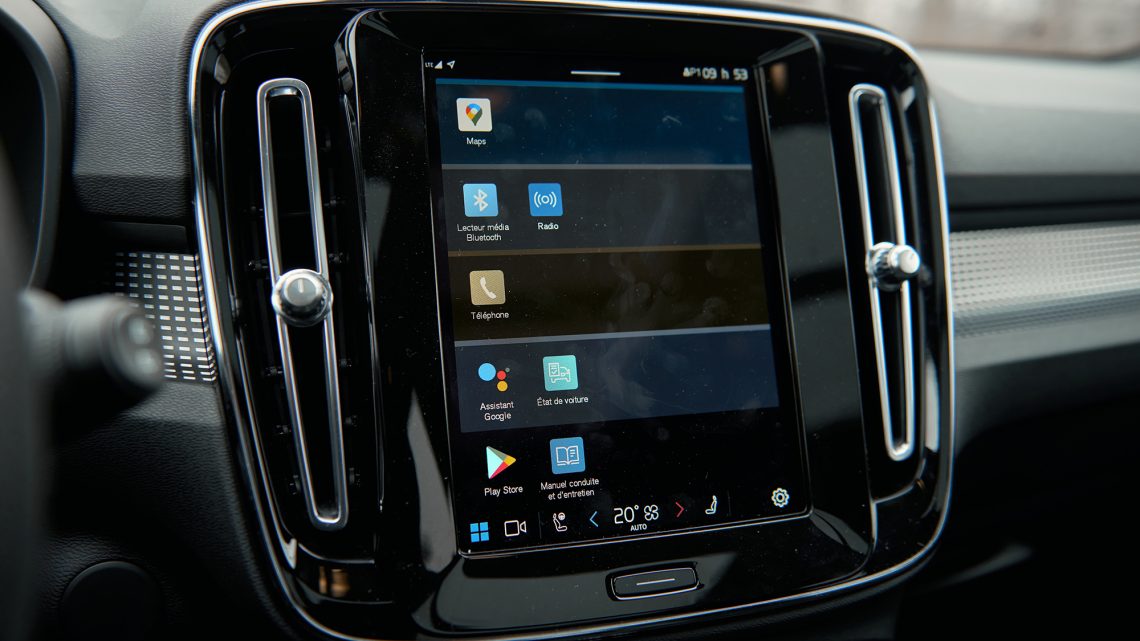 This is essentially a copy-paste act of what you’ll find in a Polestar 2. It basically mimics an Android tablet, allowing you to download your favorite apps and even use Google Maps to find charging stations. Volvo also considerably increased the speed of the software behind it compared to past Volvos. The result is night and day as the system, which also operates the heated seats and steering wheel, will boot up a lot faster during cold starts. And yes, like a Tesla, it’ll update itself over the air. 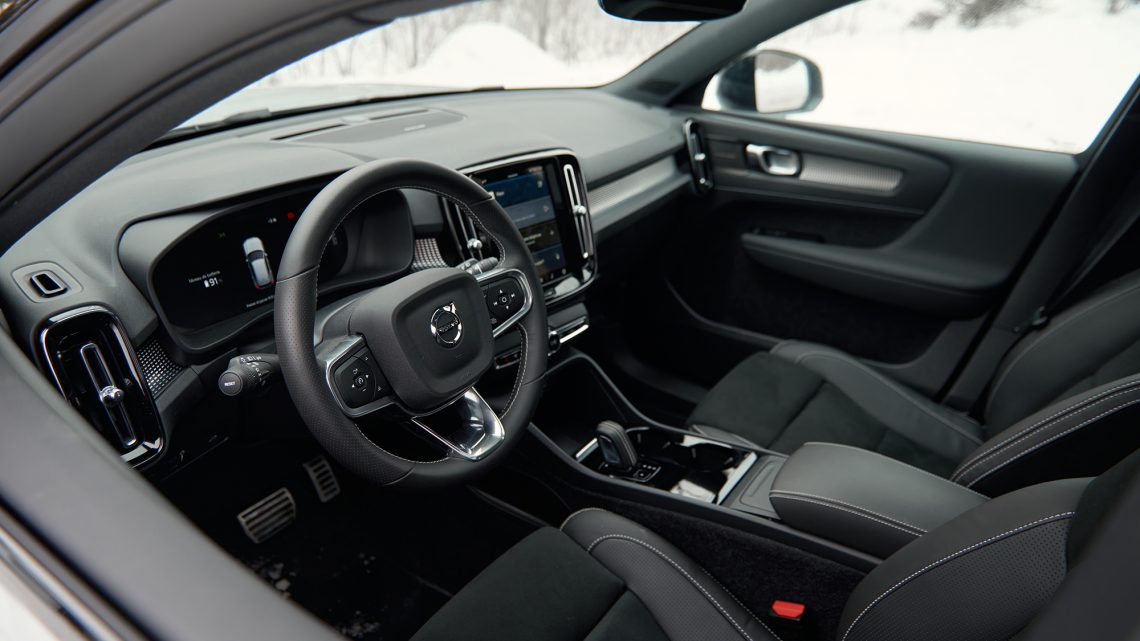 Overall cabin ergonomics are excellent. So is build quality and the materials used. There’s a nice integration of vegan materials here that make the Recharge look and feel like an object of good quality all while harvesting a sense of warmth that’s rather enjoyable. Overall seat comfort is class-leading. So is rear headroom. But in typical subcompact crossover fashion, legroom back there is a little cramped if you’re over six feet tall. 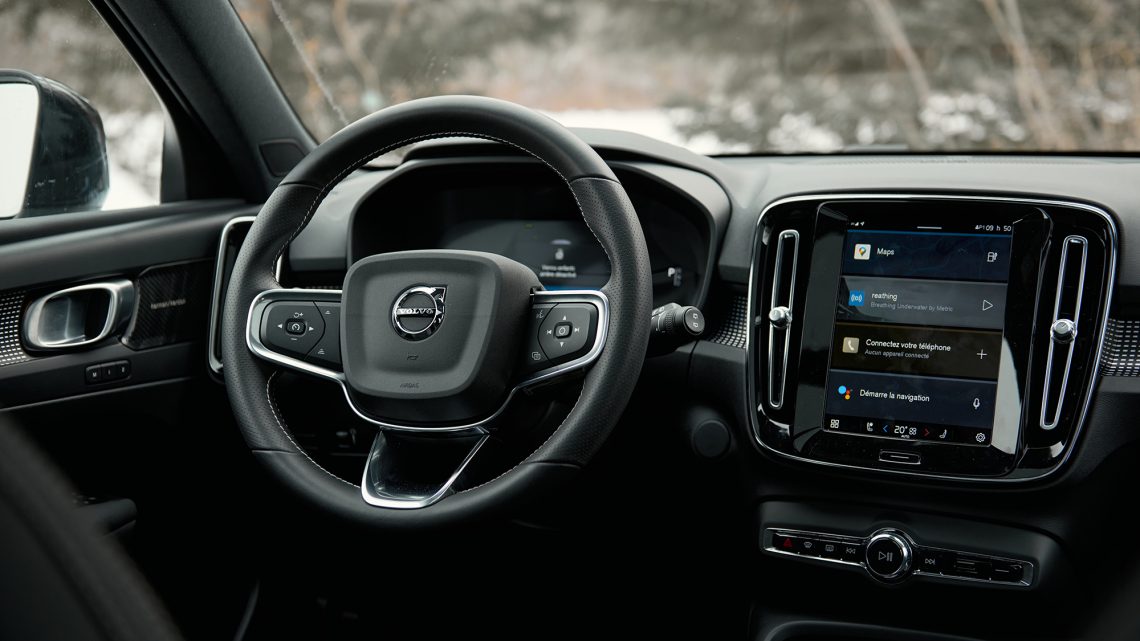 I drove the XC40 Recharge during a mild winter’s day with temperatures averaging around -5 degrees Celsius. In such environments, it recorded an energy consumption average of 33.9 kWh/100 km, which equates to roughly 220 km of real-world range. 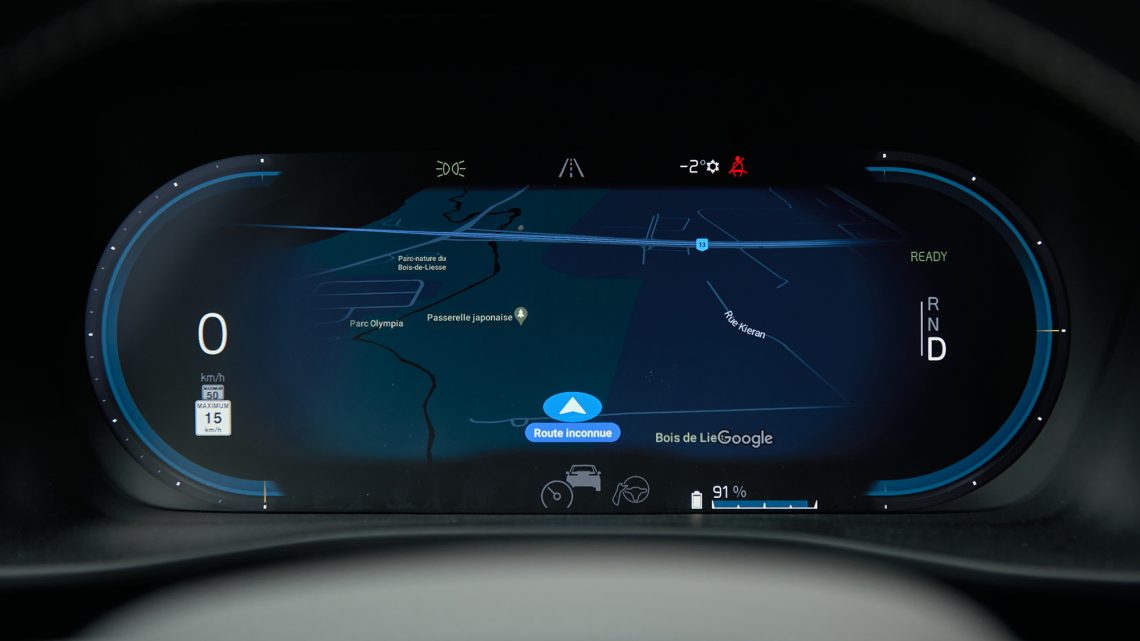 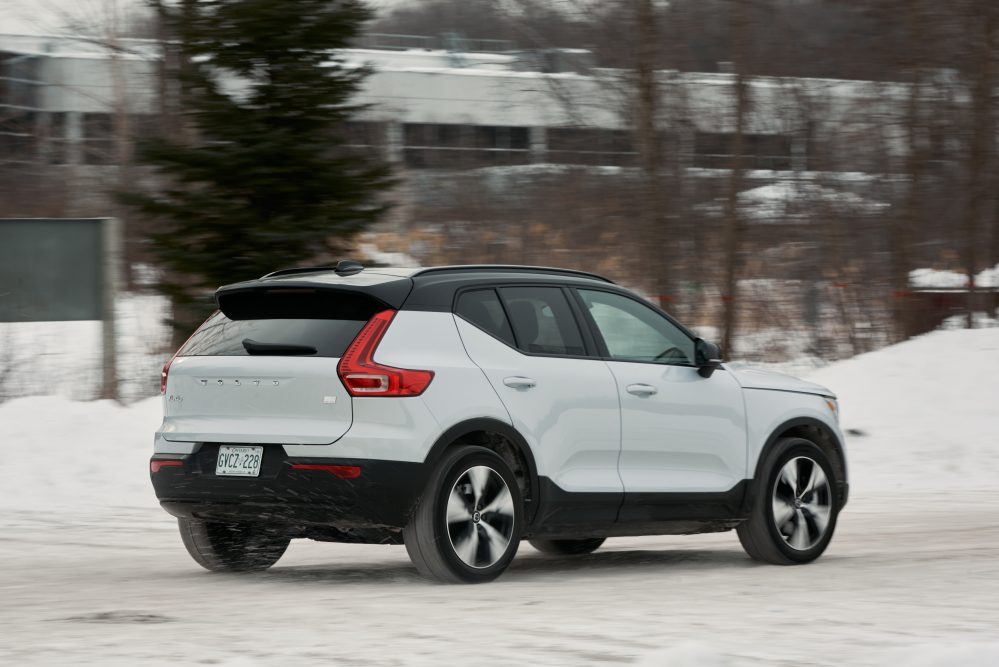 The 2021 Volvo XC40 Recharge is a fine premium subcompact crossover that also happens to be electric. And as I write this, it still doesn’t have any real competitors. I don’t understand why Volvo isn’t capitalizing on this head start. With a price this high, a range this low and a serious lack of availability, Volvo just allowed Tesla to gain even more traction. And that’s too bad, because I really wanted this one to teach to the Tesla Model Y a lesson.