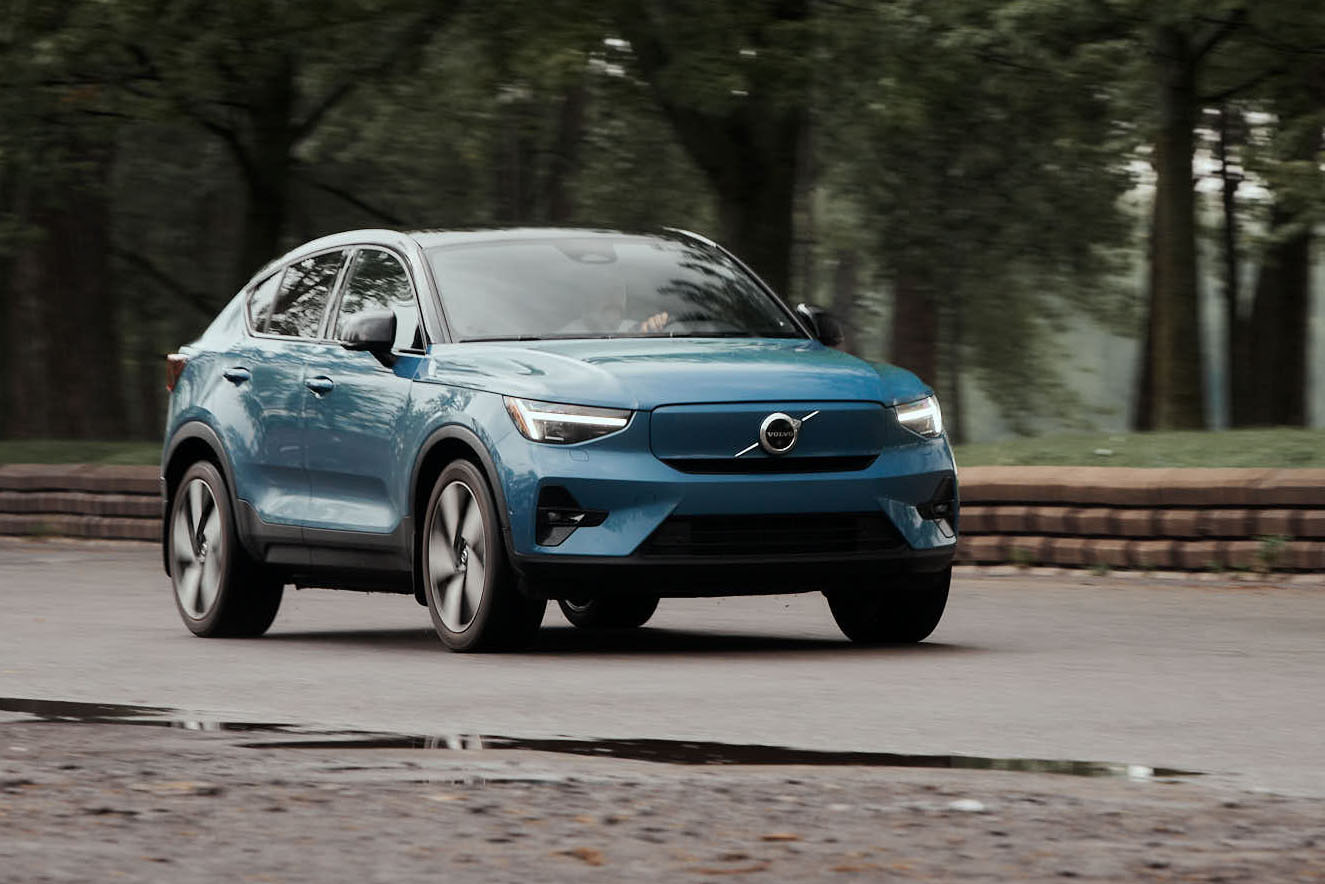 The 2022 Volvo C40 Recharge may only be a coupe version of the XC40 Recharge, but it somehow manages to be even weirder than its twin. There are so many things about this vehicle that don’t make sense, yet, it harvests enough charming qualities to remain relevant in its respective segment. Here’s my review. 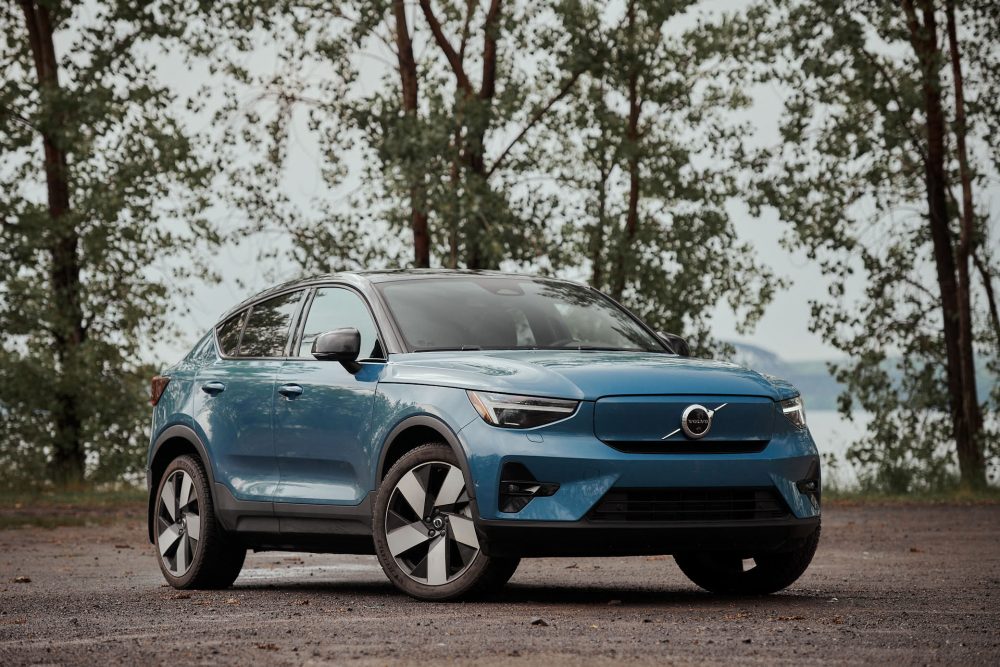 One thing the 2022 Volvo C40 Recharge definitely is, is attractive. While the front section is essentially the same as on an XC40, everything from the A-Pillar rearward is unique to this car. The C40 has an elegant, yet very odd coupe-like profile that makes it look both pretty and awkward. The blacked out roof and pillars give it more purpose than it should, and these “blade” wheels are exclusive to this model. My model was a looker with its super rad Fjord blue paint job. 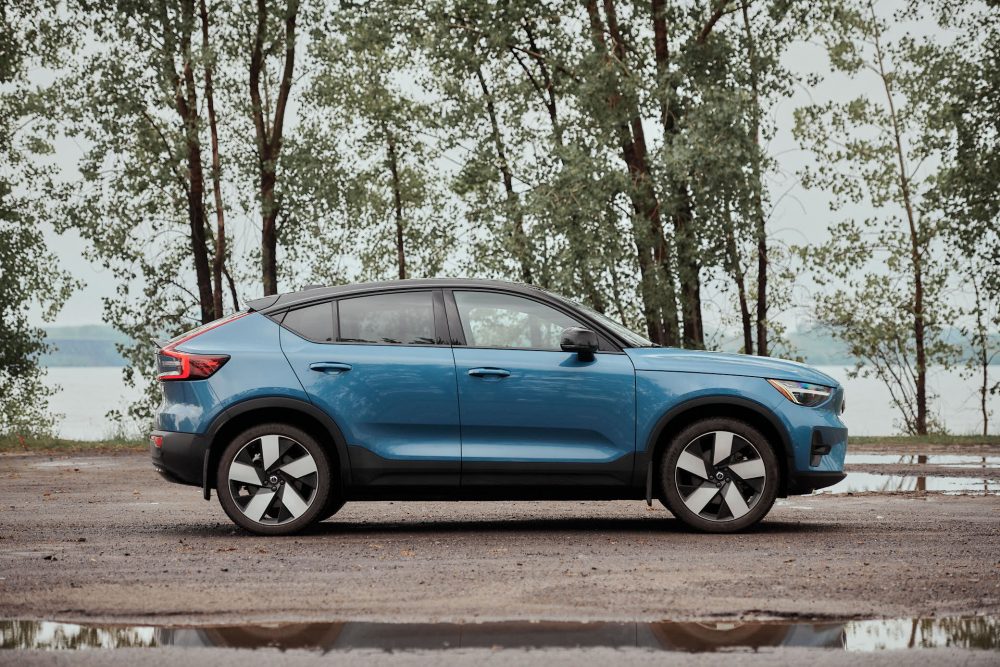 This is an important vehicle for Volvo as it marks its first dedicated electric vehicle. This means that there are no gasoline versions for this car. It also marks Volvo’s official first step into a full EV lineup. At this point you’re probably wondering where the Polestar brand fits in. I’m wondering the same thing. My understanding of it all is that Polestar will slowly branch off into more niche and highly stylized electric vehicles sold at higher price points than Volvo. 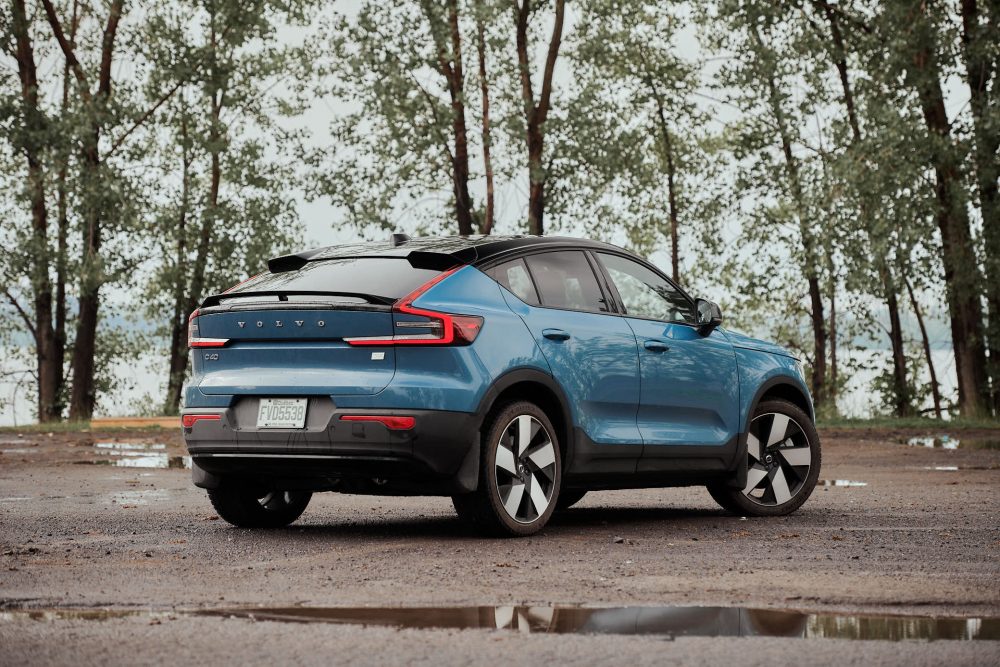 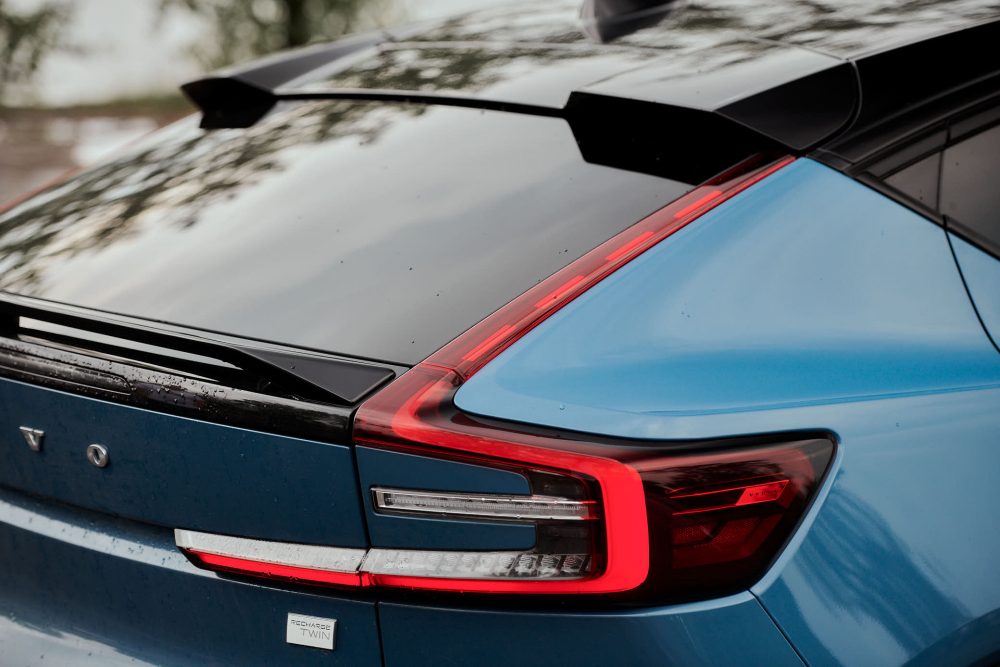 The C40 is a mechanical clone of the XC40 Recharge, meaning it’s powered by the same 78 kWh (75 kWh usable) battery. It only comes in a dual-motor all-wheel drive configuration that pumps out a rather stout 404 horsepower and 486 lb-ft of torque. This allows this quirky crossover to hit 0 to 100 km/h in 4.8 seconds, which is frankly impressive. Range is however less impressive at 364 km. The C40 is also only limited to a 150 kW fast charging power. May I remind you that a Hyundai IONIQ 5 pulls 350 kW. 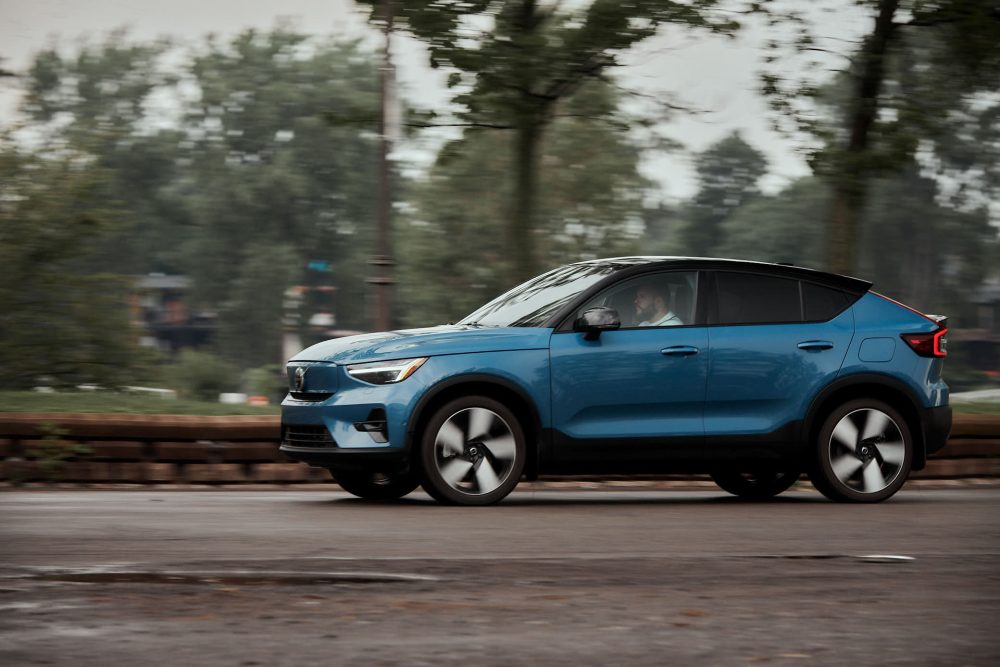 What I definitely didn’t expect from this thing was for it to be so quick off the line and so damn fun to drive. I had already driven the C40 in Belgium last fall during its world launch, and I had loved it. But spending an entire week with it really allowed me to dig deeper into its superb chassis calibration. Stomp the throttle pedal at any speed, and just like the Polestar 2, which shares the same drivetrain, the C40 Recharge warps itself to its next destination. Power is also linear, with impressive top end as well, a rare trait for EVs. 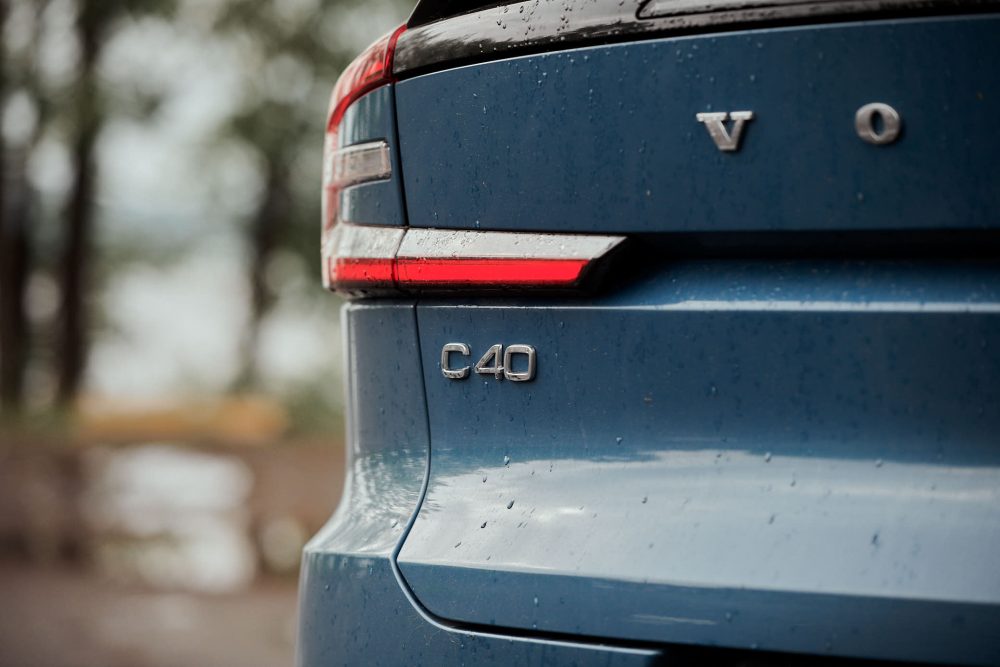 In the corners, it’s obvious that the C40’s weight is felt, but it doesn’t prevent it from being charmingly dynamic. Its entire structure is as solid as slab of granite, allowing it to gobble up road imperfections as if nothing ever happened. That being said, I still find Volvo’s dampers to be way too stiff for our roads, but they do help at conveying the expected precision of a well-built European vehicle. 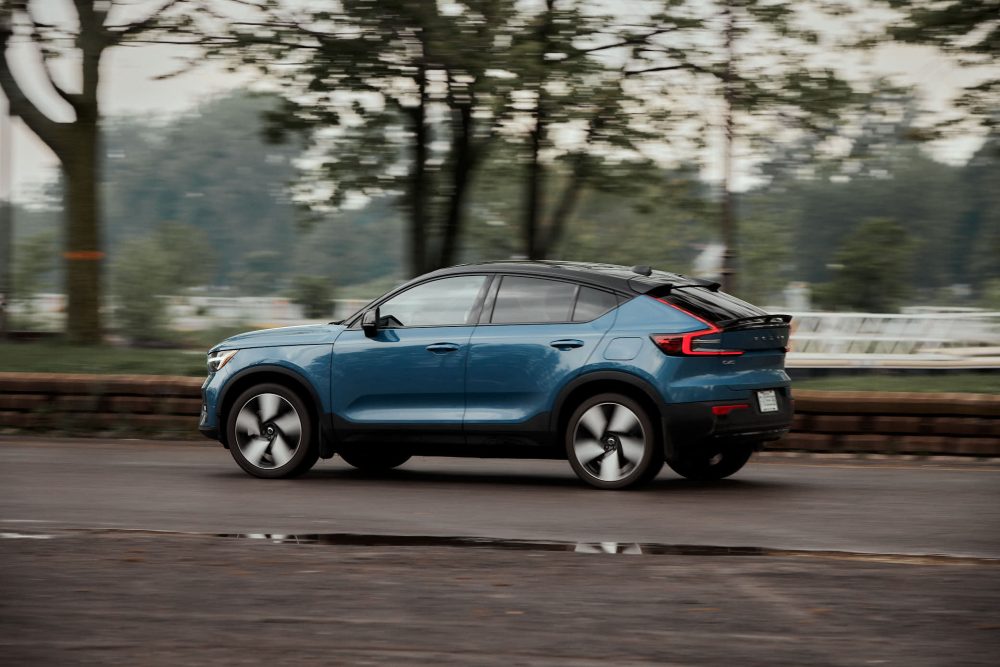 About that range. When I review cars, I tend to ignore EPA ratings because range can change according to a wide variety of factors. In some cases, I’ve done way more than what the EPA said, or way less due to the climate and how I was driving. Instead, I much prefer observing how a car consumes its energy. This typically leads to more realistic results. 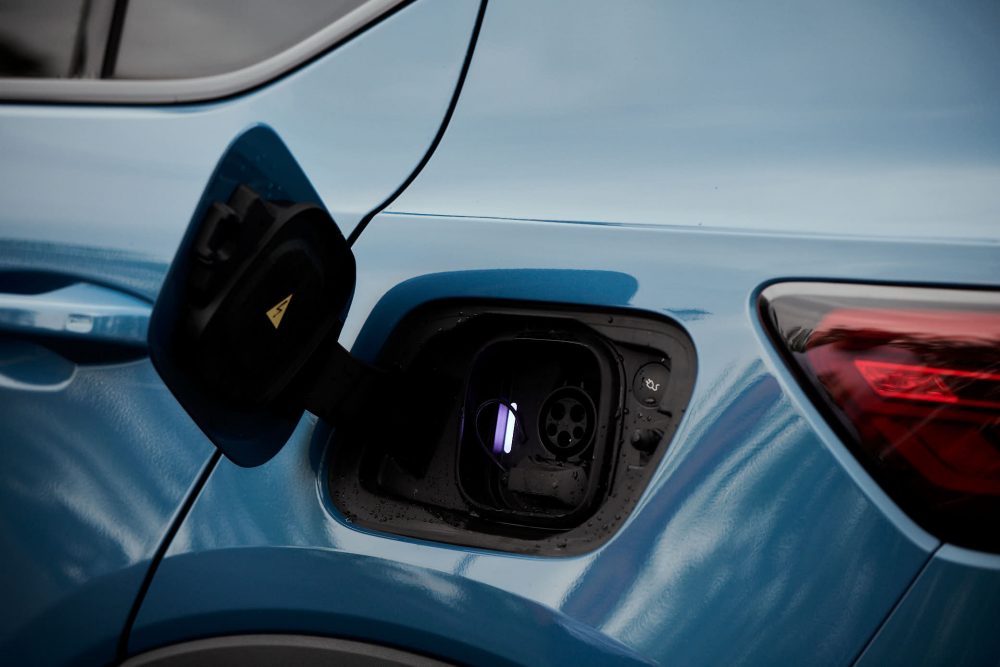 In the C40’s case, consumption was fine at best. During a very hot week in early June, where temperatures stayed well above 20 degrees Celsius the entire time, the best I got was a 21 kWh/100 average. Now that’s good, but it’s not great. I did much better behind the wheel of a BMW i4 or a Tesla Model 3. However, this means my range equated to 357 km, which isn’t very far from the EPA’s claims. 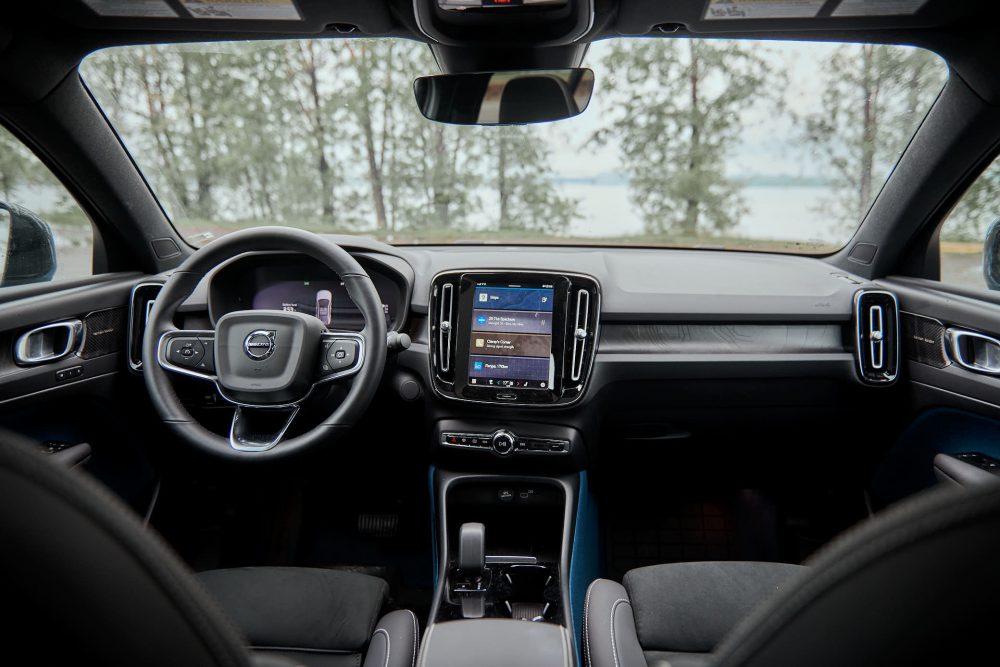 Inside, the C40 has all of the XC40’s attributes, for better or for worse. Build quality is second to none and the materials used look premium without feeling like old money. It all feels modern and fresh. The C40 goes a bit further by adding blue carpeting which contrasted well with my car’s exterior. The C40 also gets different illumination at night, notably the shape of Swedish fjords in the door cards. The Swedes sure like their fjords. 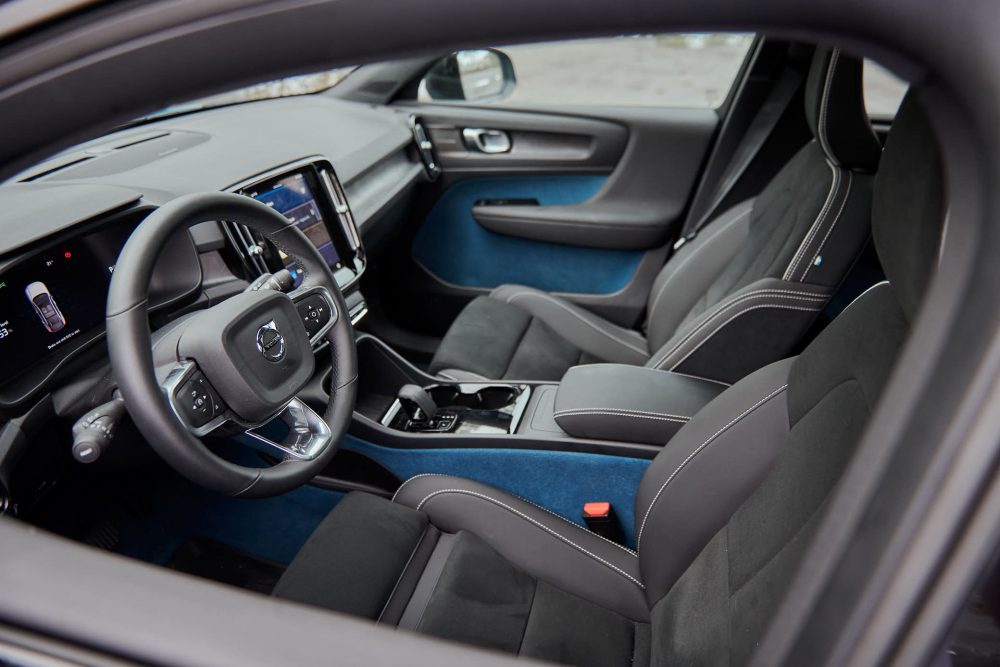 Overall seat comfort is excellent, which is expected from a Volvo. I also love the simplicity of the controls and layouts. The main gauge pod is a screen that displays only the bare necessities while the infotainment screen is an Android-based tablet that basically mimics an Android phone. Allowing Google Maps to be the car’s default navigation system was a fantastic idea. 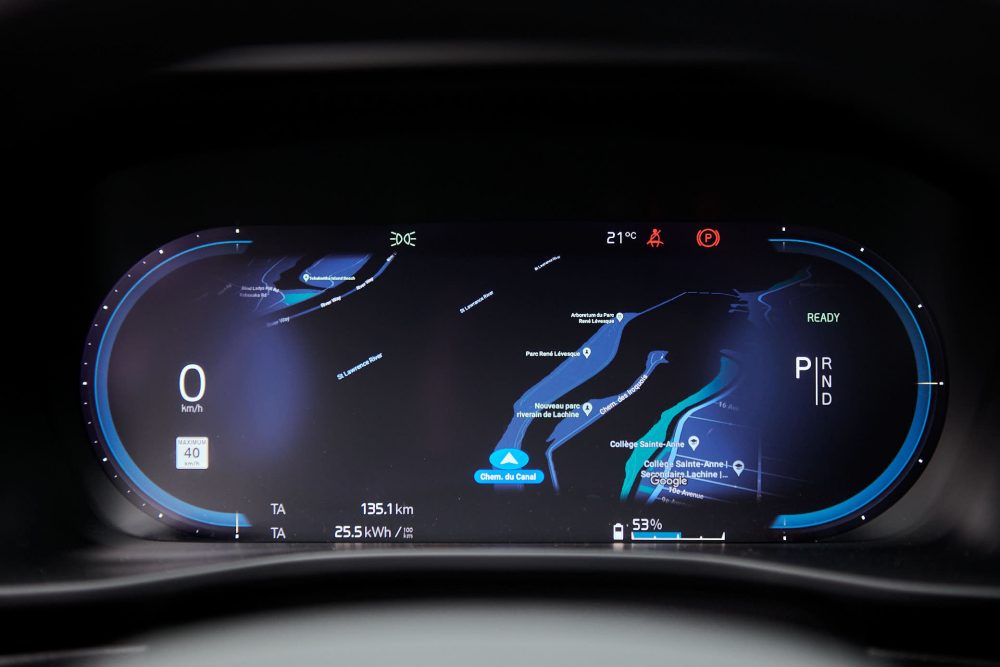 But while the C40 is well built and comfortable inside, it does fall short in storage and cargo space. There aren’t really any areas where one can store their phone, except for the charging tray. And because that tray has an edge on it, placing your phone there when you don’t need to charge it means it’s never properly sitting in place. It moves around instead. Volvo tries to add a tiny slot towards the rear of the center console for…storage? But the slot is so tiny a phone doesn’t really fit inside. It’s also too deep to actually be useful. I mean, my hands didn’t even fit inside. 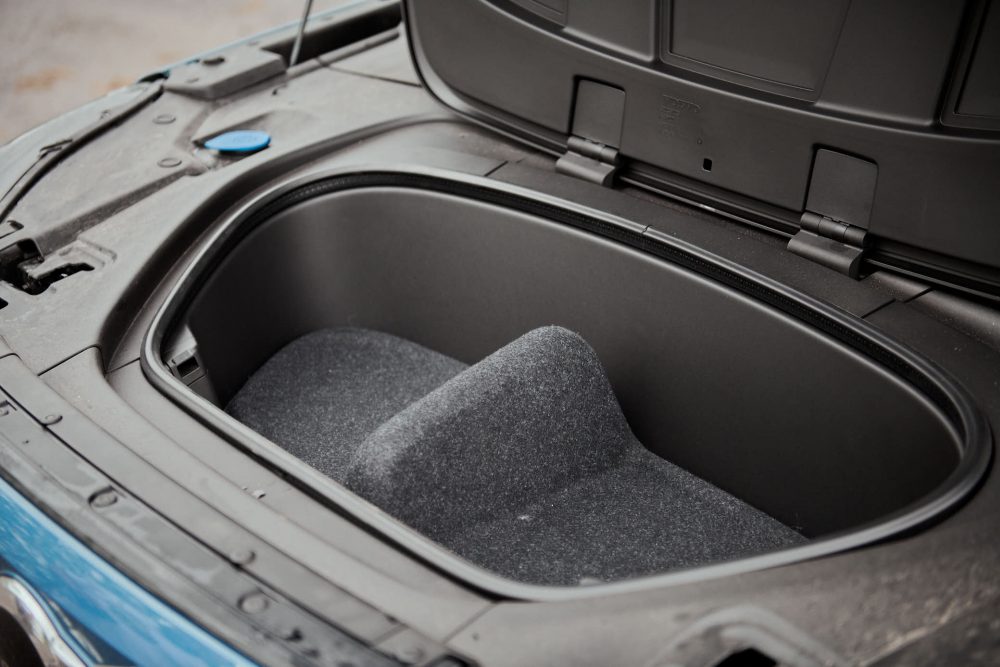 And while rear leg clearance is okay by subcompact crossover standards, total cargo space with the rear seats folded flat is only 1,205 liters. That’s considerably lower than both an Audi Q3 and a BMW X1. At least there’s a frunk. But it doesn’t hold much. 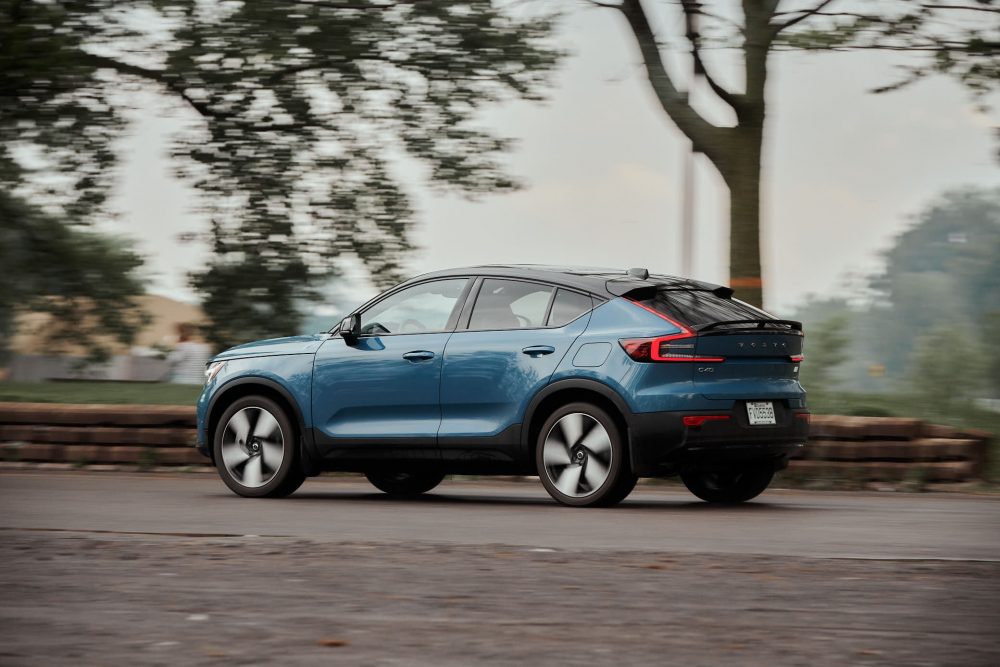 What you need to learn from this review is that the 2022 Volvo C40 Recharge is neither practical, particularly efficient and way too expensive. Yet, it’s still tremendously attractive, well put together, comfortable and super fun to drive. In other words, it’s weird, which perfectly sums up the entire Volvo brand. Because if a Volvo wasn’t weird, would it even be a Volvo in the first place?