2023 Volvo S60 Is Sadly Always Hidden In The Background 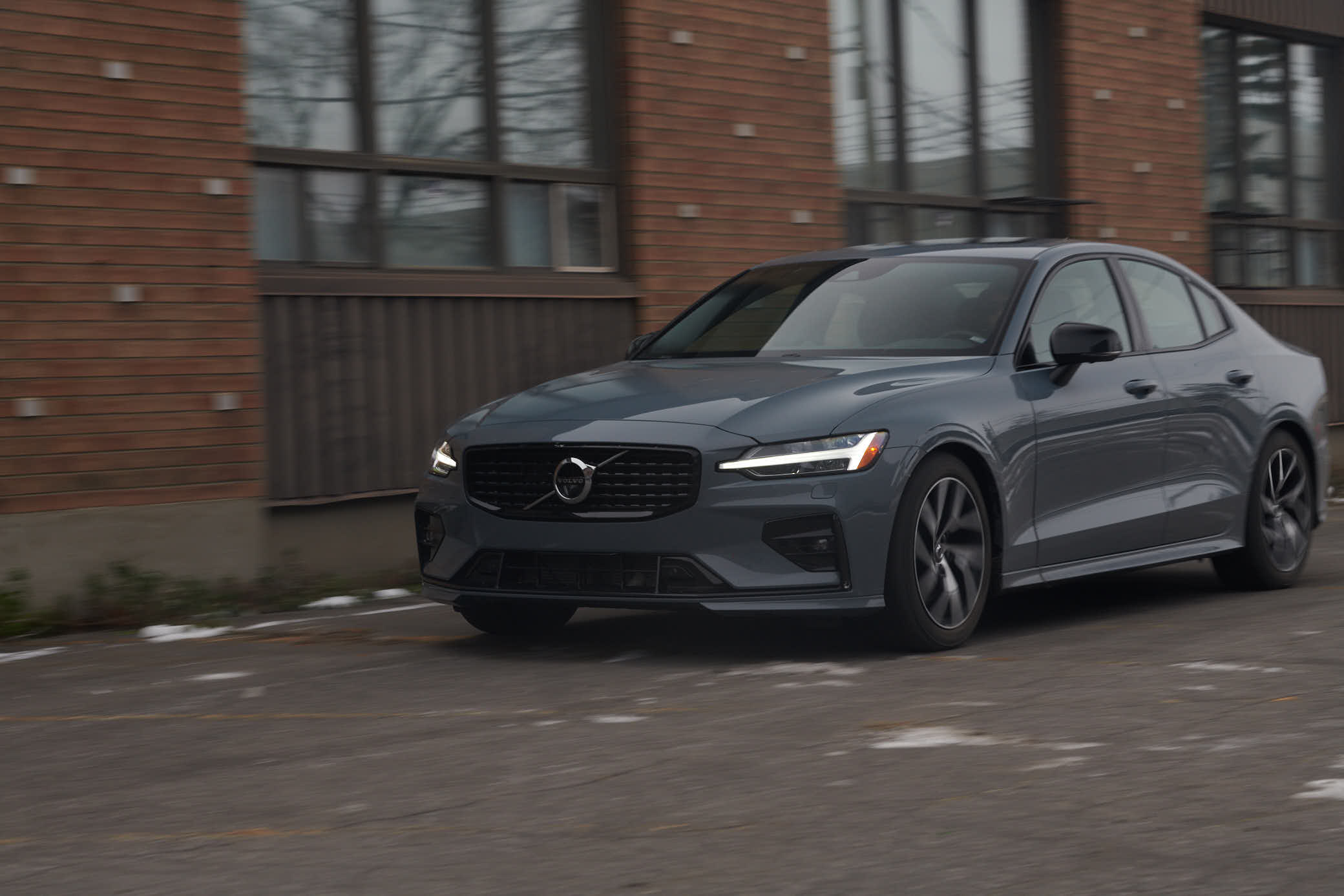 The 2023 Volvo S60 is a car I’ve always been a fond of. The last time I drove one, it was back in 2019. I had found that it was a shame that this luxury compact sedan doesn’t get the full attention it deserves, because it’s genuinely good at being what it is. Four years later, now with a mid-cycle update, the S60 continues to warm my heart. The problem is, I can’t seem to pinpoint why. 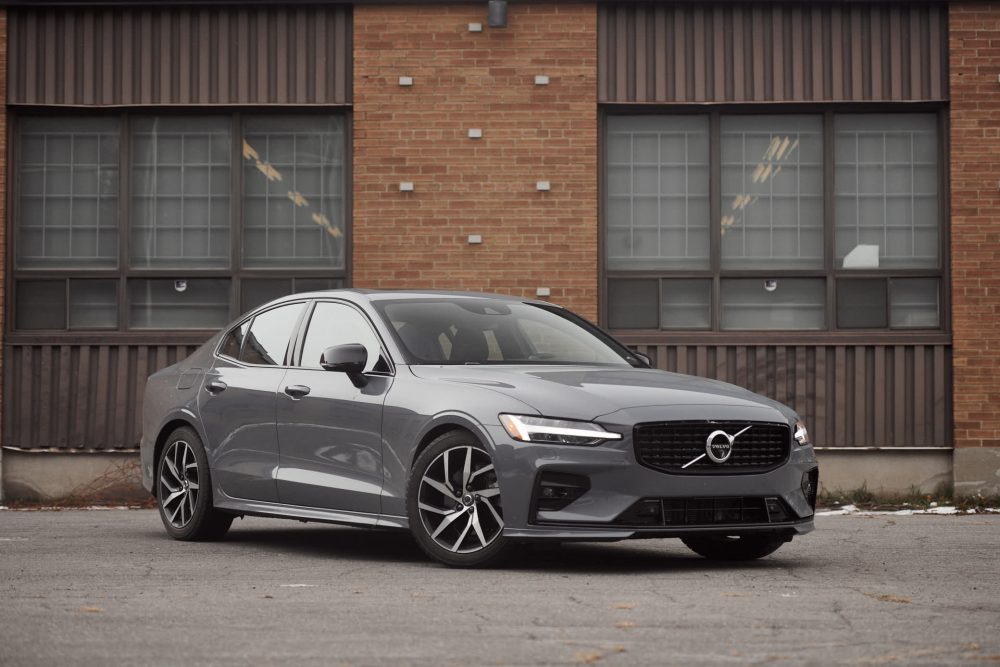 Here are the cold hard facts about the 2023 Volvo S60: in the US and Canada combined, Volvo barely managed to ship 8,000 examples in 2022. BMW, meanwhile, sold just over 23,000 units of its popular 3 Series. In a segment that’s already suffering due to the massive popularity of trucks and SUVs, the S60 is downright invisible. 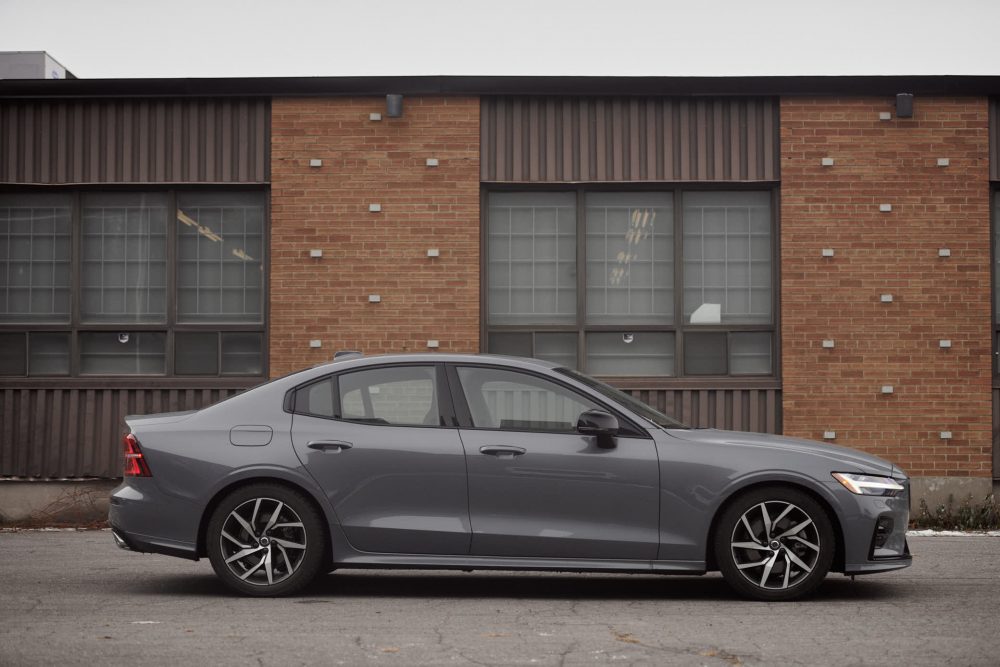 There are several reasons for this. The first being that, while the S60 puts down decent performance numbers, it doesn’t even come close to the queens of the segment, AKA, the German sport sedans. It also doesn’t help that at a similar price point, Genesis will sell you the overachieving G70. 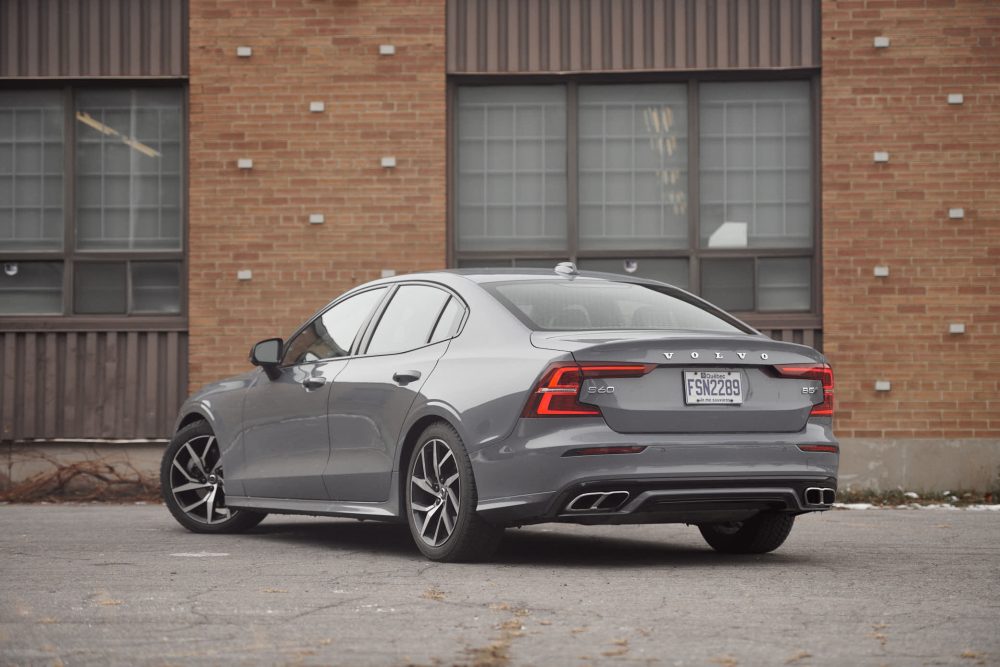 But, I still find all of this unfair for the humble S60, because it does hold its own rather well thanks to some endearing qualities. The first, of course, being its design which, I must say, creates one of the most gorgeous sport sedans currently on sale. The S60 looks mature, refined, sophisticated, but also sporty enough to allow it to look, well, even better than the other sexy sedan Volvo also sells; the S90 limousine. 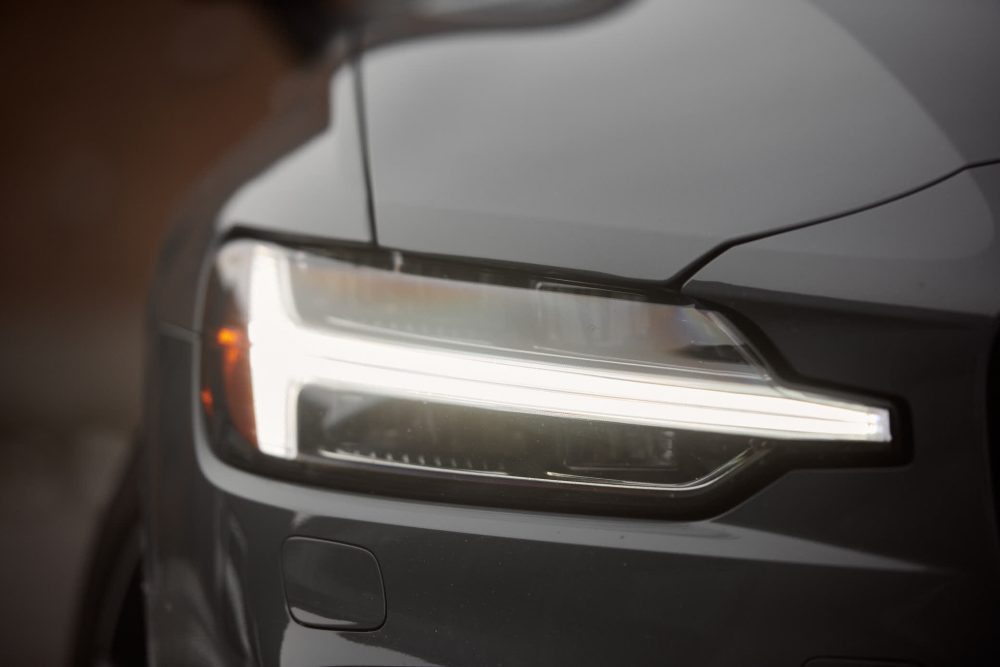 The 2023 model year brings a few changes to the S60. You may not notice it, but the entire front fascia was carefully revised, as well as the rear. The wheels are all-new as well. But the biggest change (that actually arrived in 2022) comes from the engine compartment. In the past, the S60 came with either T5, T6 or T8 plug-in hybrid drivetrains. They were all essentially different versions of the same turbocharged 2.0-liter four-cylinder, mated to an eight-speed automatic transmission. 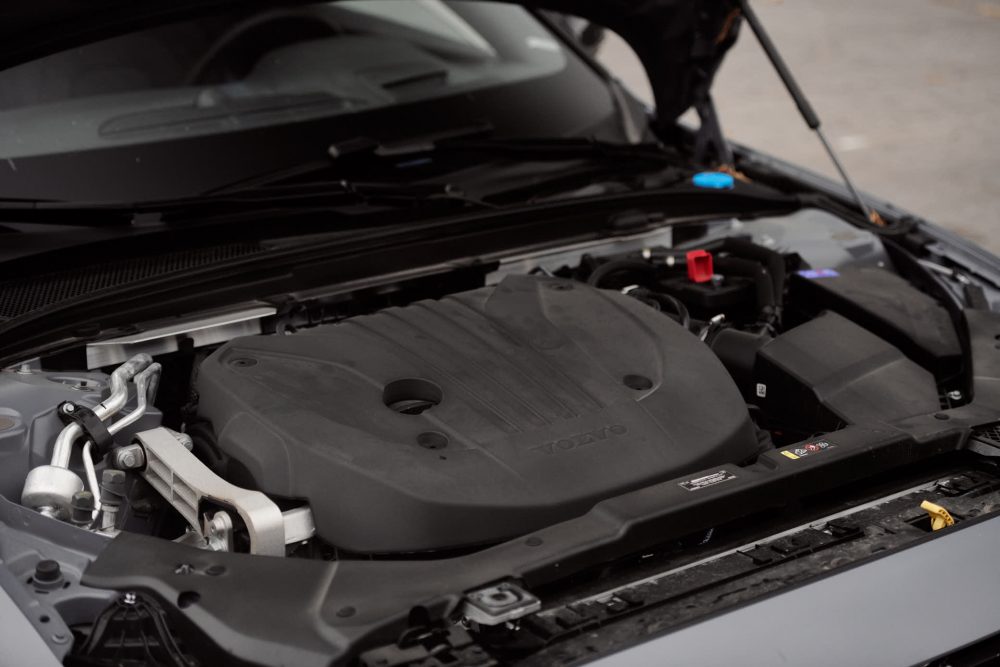 Now, the engine nomenclature goes as follows: B5, B6 and Recharge. My tester has the B5, with the main difference being the addition of a 48-volt mild hybrid system. The results of this technology don’t really alter the engine’s output figures. It actually now makes 247 horsepower versus 250, with torque being identical at 258 lb-ft. That horsepower now kicks in at 5,400 rpm vs 5,500 rpm, with torque now activating at 1,800 rpm instead of 1,500 rpm. Of coarse, the mild hybrid system’s main goal is to remove strain from the engine, reduce carbon emissions and improve fuel economy. 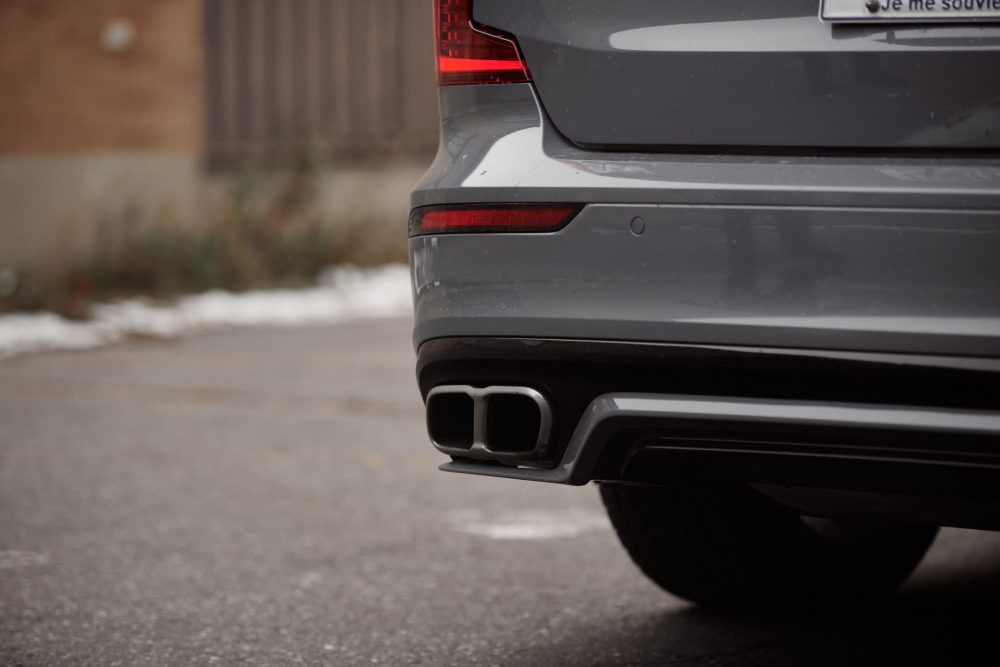 Another reason why the S60 isn’t all that popular is that it’s not exactly cheap. As tested, the car you’re seeing, which of course had a few packages bolted onto it, costs $63,300. That’s a full $4,000 more than the faster and more capable Genesis G70 Sport.

Could It Be A Volvo Thing? 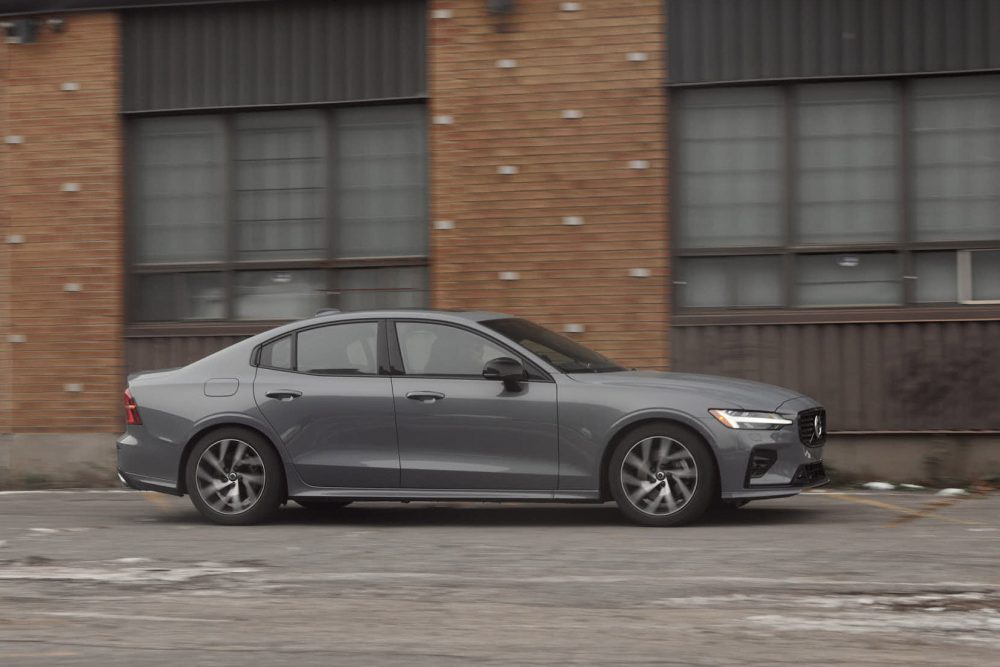 The more I was driving the 2023 Volvo S60, the more I was telling myself that I was reviewing this car with the wrong approach. Perhaps I wasn’t fully grasping why people buy Volvos in the first place. Maybe the driving experience would allow me to get away from the facts on paper: that this thing is absolutely eclipsed by pretty much all its rivals. 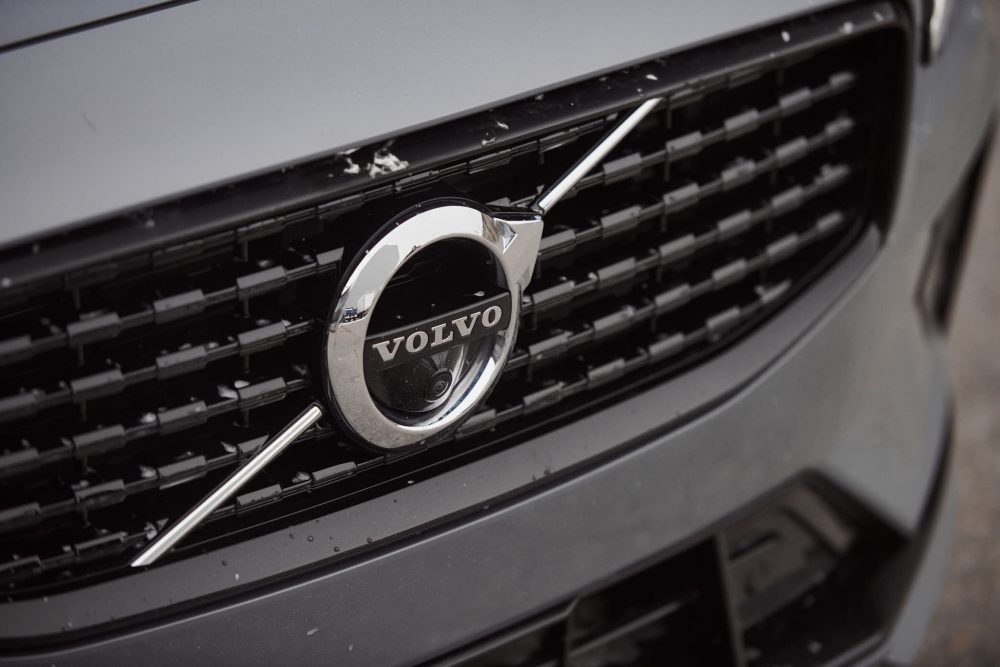 At this point I feel it’s important to underline that I was driving this car the week after I had spent some time in Sweden. Work had shipped me there to discover a new electric SUV from Volvo called the EX90. While I was Stockholm, I learned a lot about the Swedish people, their culture, their cars and their way of doing things. It all seemed to make a lot more sense when I drove the S60. 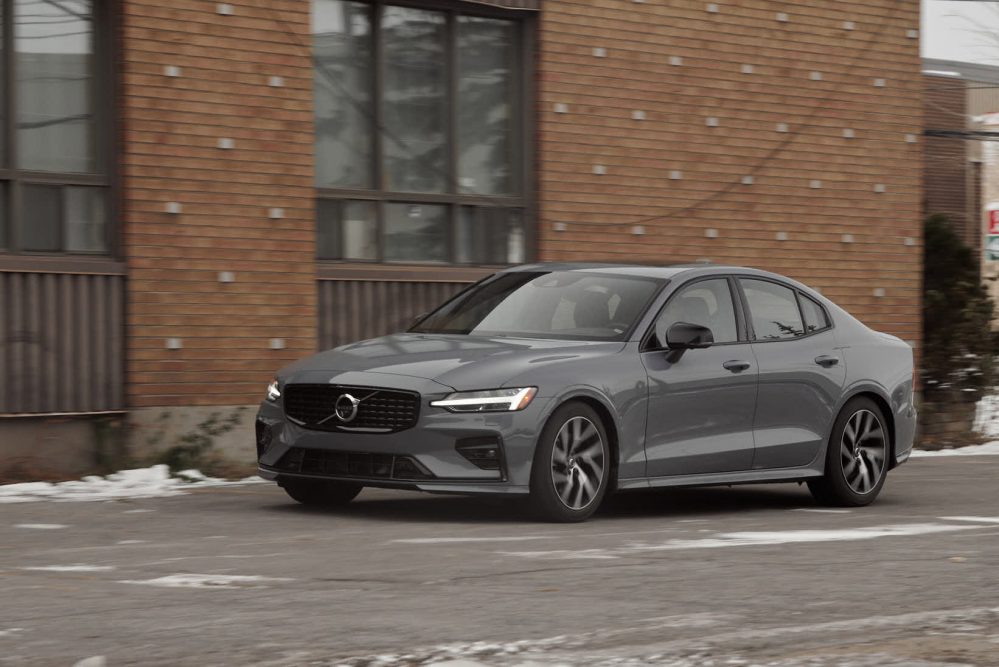 This really is a case of “it’s a Volvo thing”, very much like why Jeep people will only drive a Jeep. You don’t buy a Volvo because it’s more capable around a corner than a BMW 3 Series nor because it’s necessarily more spacious out the rear than an Audi A4. Because it isn’t. You buy a Volvo simply because you want precisely that: a Volvo. You want a piece of Sweden and its heritage. Only those who have been there will understand. 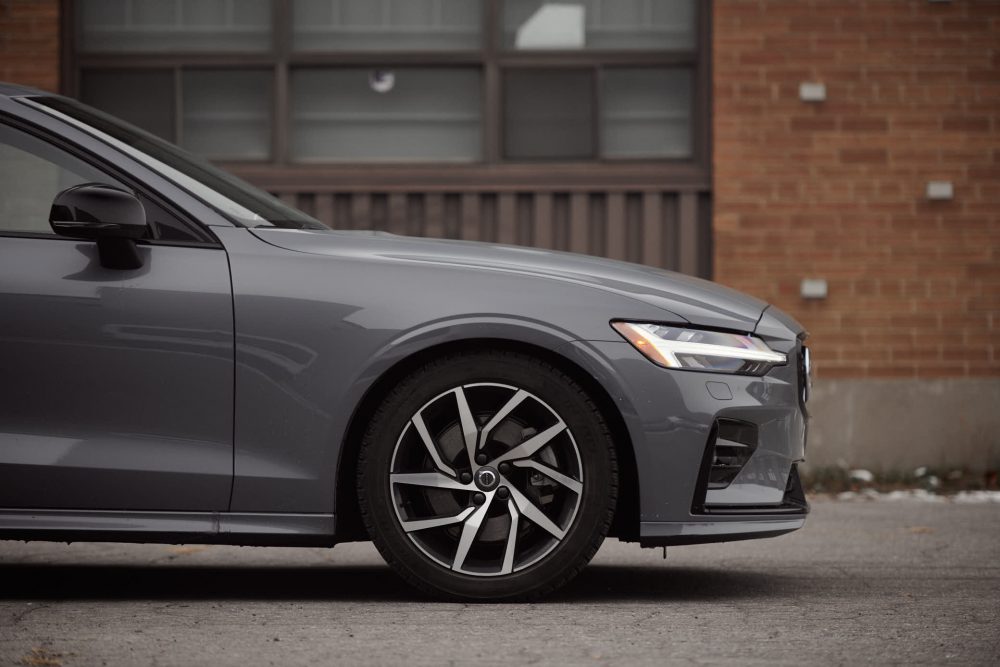 Now, I realize that this is not what sells cars. And yes, Volvo, or its parent company, Geely, will definitely need to fix this sedan’s awful sales performance if it desires to remain in business. But what I’m all about is that the S60 really has a vibe of its own that’s very difficult to explain on paper. 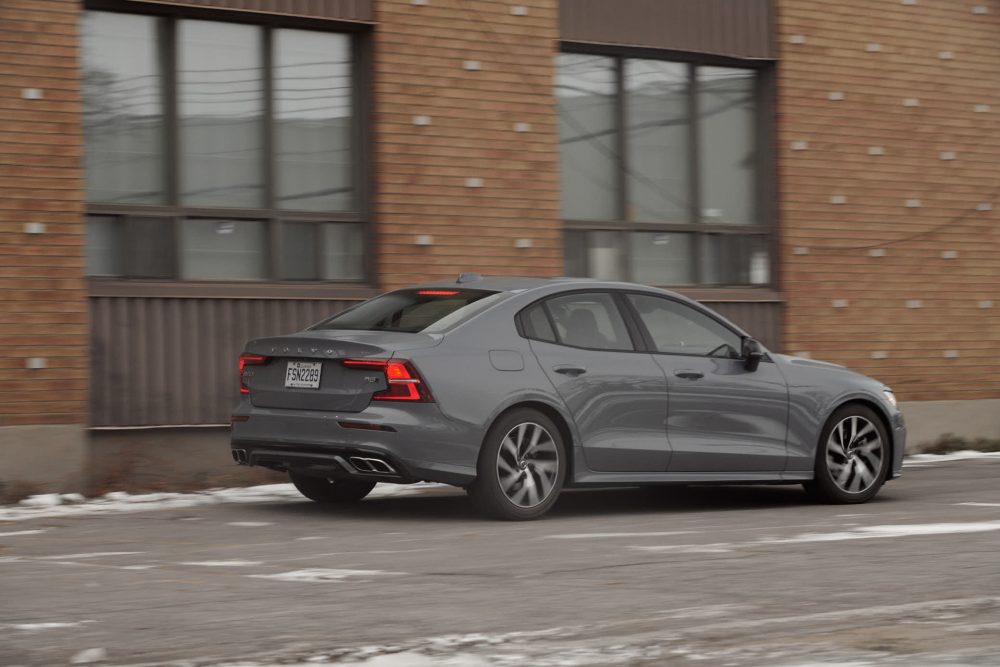 Pushing an S60 B5 hard into a corner won’t exactly grant you impeccable chassis calibration, nor particularly engaging steering feel. As a matter of fact, its steering is pretty much dead if you want my honest opinion. But the handling is also not all that bad. I mean, you can carry speed effortlessly in an S60 and it will take in the hits. 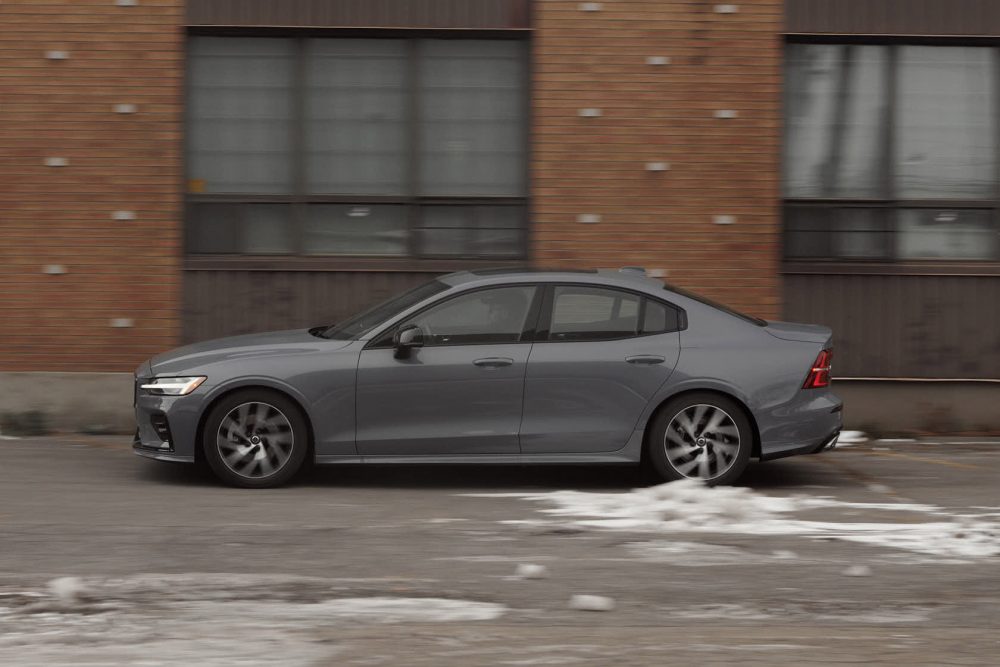 Then there’s the way that new B5 engine behaves. I personally loved the old T5 for its peppiness and its absence of delays, compared to the old T6 and T8 engines that seemed to take forever before they got up and going. 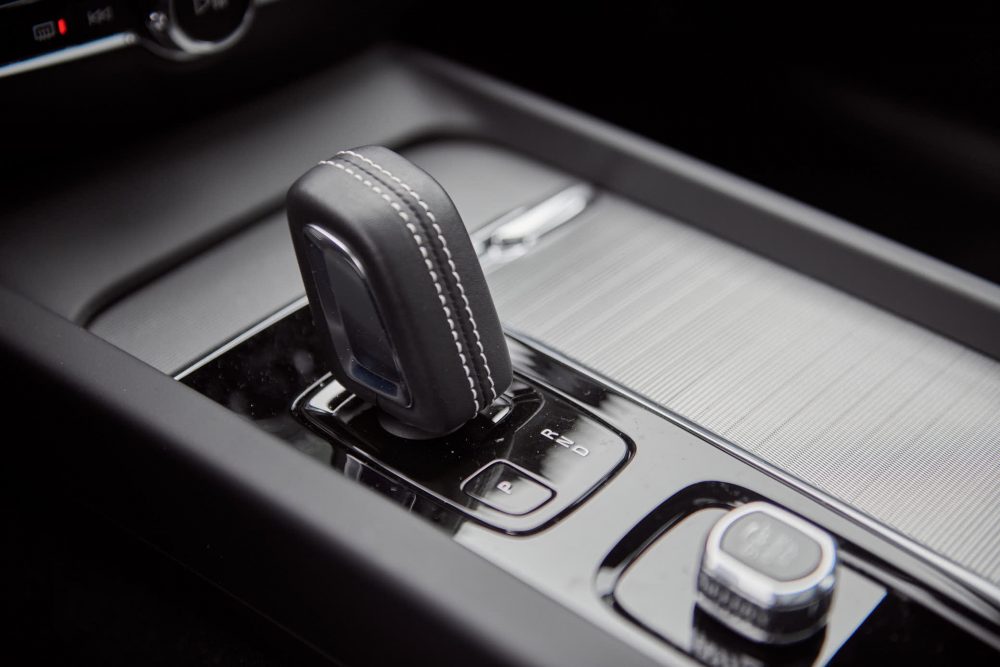 The B5 is not any quicker off the line, but it is considerably smoother. That’s because the mild hybrid system does most of the heavy lifting upon take off. It also acts as a much more enjoyable start/stop system. Once the electric stuff is out of the way, this little bugger pulls strong, pushing the revs all the way towards the rev limiter with haste. During the process, the transmission simply knows what it needs to do. All the time. 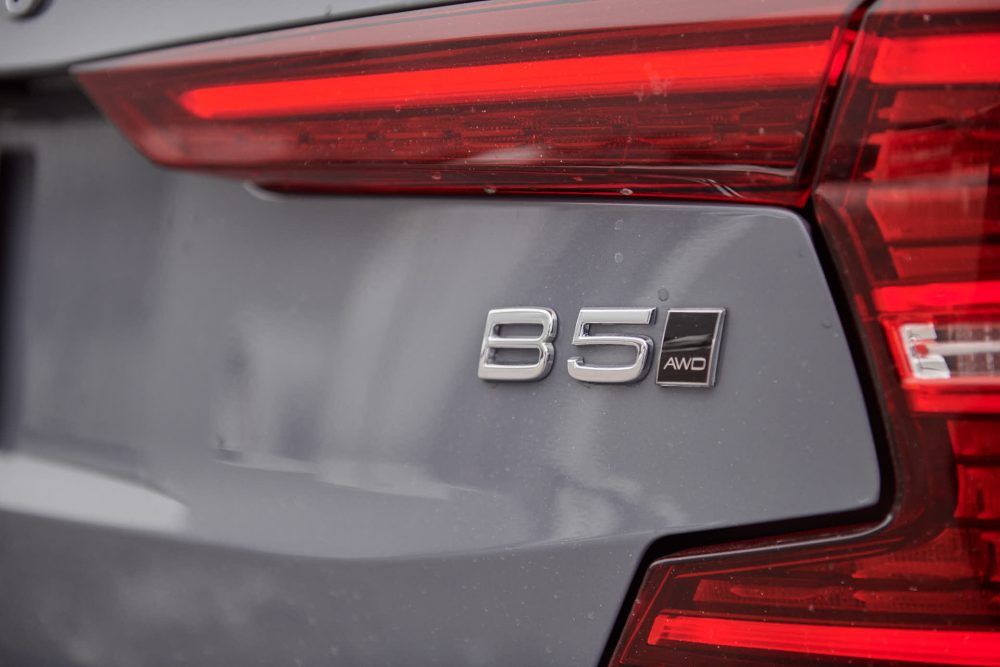 It’s also pretty darn good at being fuel efficient. I recorded a steady 8.5L/100 km during the time I had it, which was during cold December in Canada. Normally, in a car of this stature equipped with all-wheel drive, I would have been in the low tens. 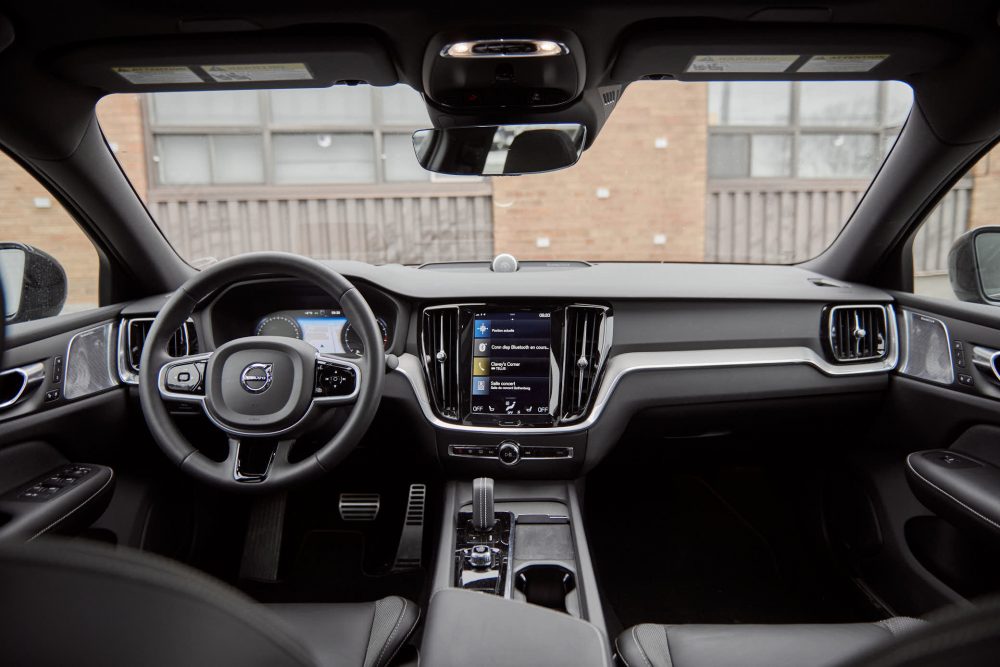 Inside, the S60 is still the same spartan, comfortable yet very well put together cabin. It is beginning to show its age, a clear sign of how quickly the industry is changing. While incorporating everything you need, that 9-inch infotainment screen simply appears small by today’s standards. Volvo has now fully incorporated Google Android technology in it to improve its map and app precision. 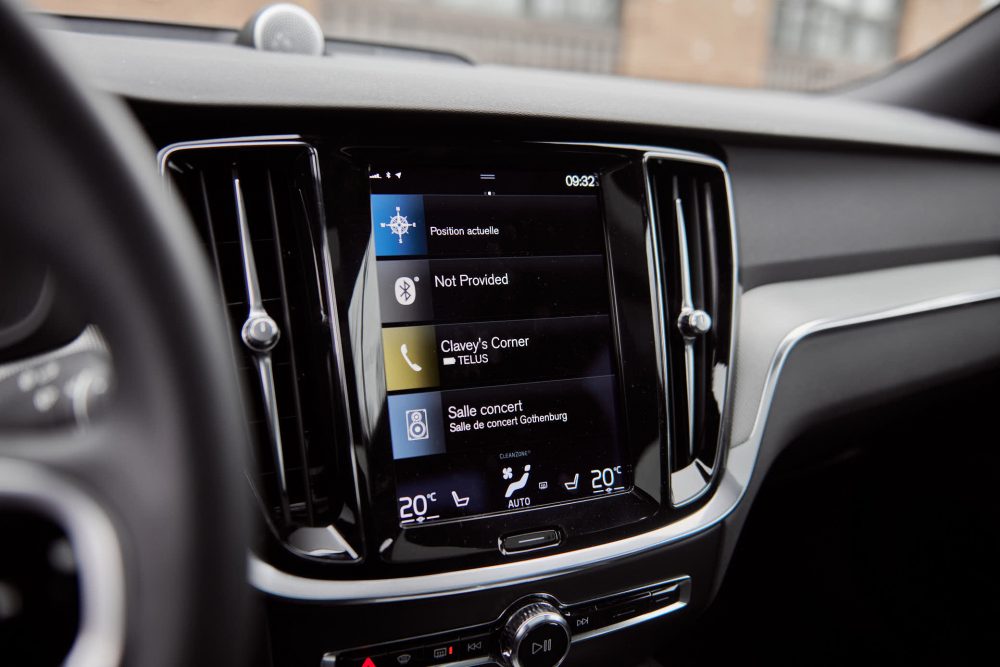 I personally like this system, but some of my colleagues don’t exactly agree. It could possibly because I’m an Android guy. I find that Volvo has made huge improvements in operating speed and user experience since the car was originally released and, in my case, the system never let me down when I asked it to get basic things done quickly. 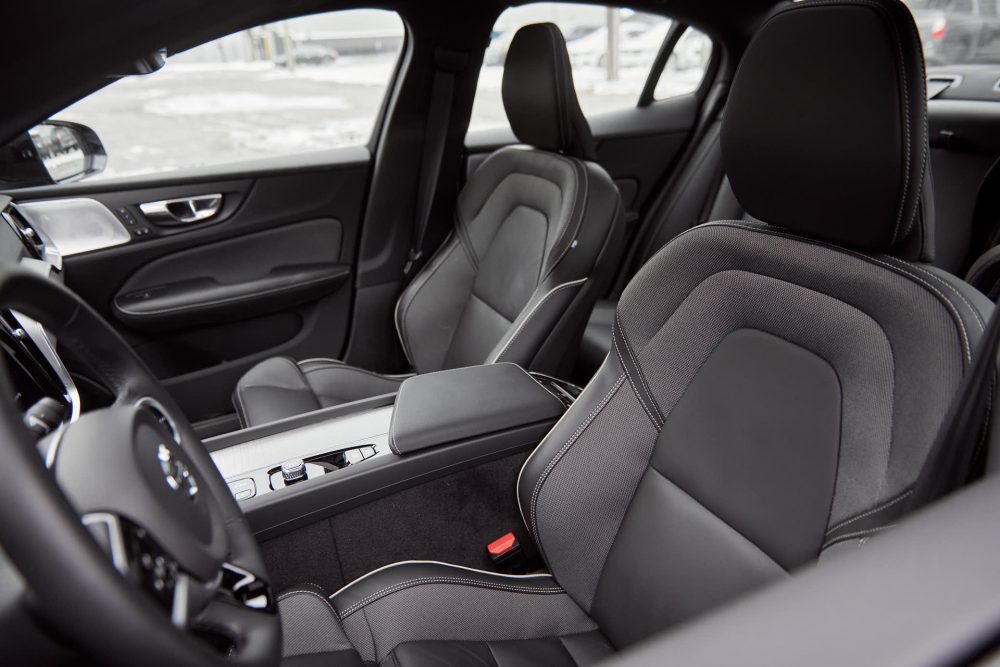 While always comfortable up front, the S60 is sadly not all that enjoyable out the rear, especially if you’re tall. It’s also not all that easy to enter and exit the damn thing due to its narrow door openings and low roof. And Volvo, please take the time to consider storage solutions in your vehicles. All Volvos I have driven have this problem. There’s just nowhere to drop your gear. Even the central storage compartment was too tiny to host my phone! 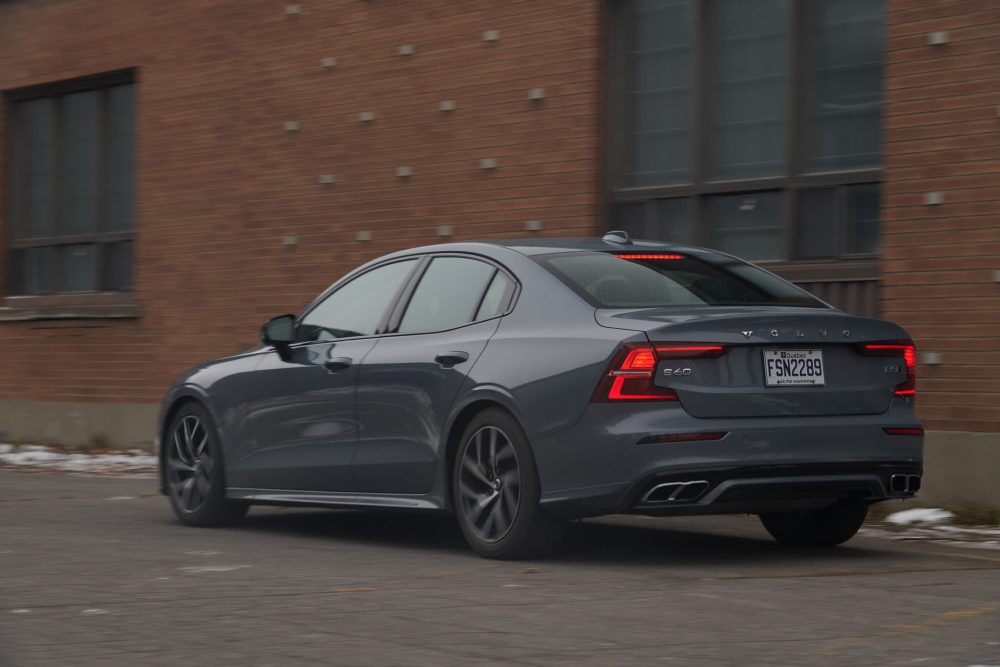 Honestly, it’s kind of hard to conclude my review of the 2023 Volvo S60 on a positive note. Because, no, it’s not really better than an Audi, a BMW, a Mercedes-Benz or, even, a Genesis. Heck, I’d personally recommend buying an Acura TLX over this. But what I have to say about this car is irrelevant, because if you’re reading this review, you’re probably a Volvo person already. You’ve always owned Volvos. Your parents have owned Volvos and so have your grandparents. You care not what a fat automotive journalist such as myself has to say about the S60 B5, because no matter what I write about this car, you’ll end up buying a Volvo anyway. As I said, it’s a Volvo thing. The rest of you wouldn’t understand.