2021 Volvo S90 Recharge Is One Hell Of An Underappreciated Sedan 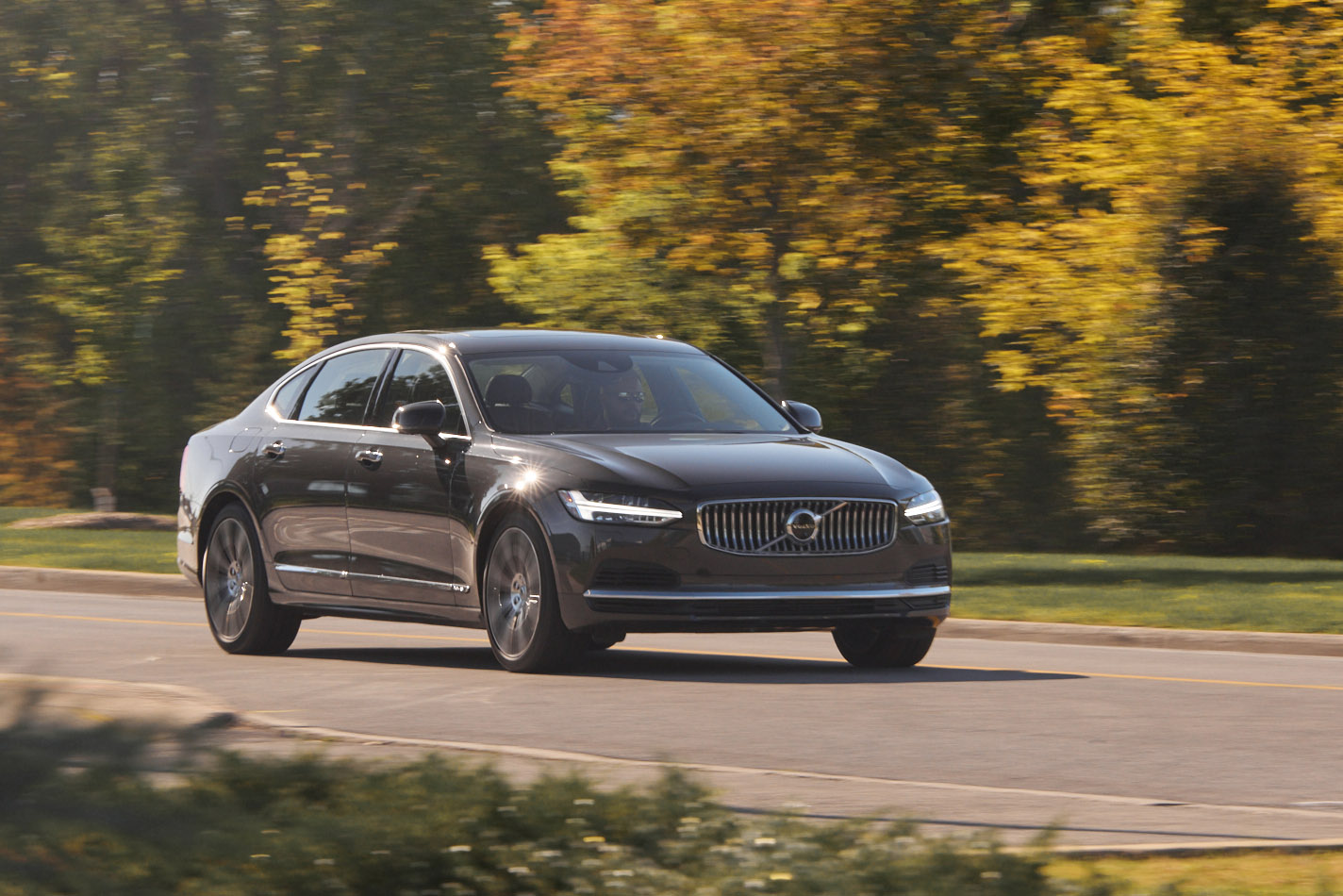 The 2021 Volvo S90 is a car I had almost forgotten. I mean, the last time I drove one was in 2017. Back then, I kept ranting about the fact that I absolutely loved the way it looked, drove, felt and smelled. The thing is though, I was still a nubile automotive journalist at the time. I still hadn’t tried the elite of full-size sedans yet, things like the BMW 7-Series, Mercedes-Benz S-Class or even the Lexus LS. The sad truth is that the S90 doesn’t exactly have what it takes to compete. But that doesn’t prevent it from being a fantastic sedan. 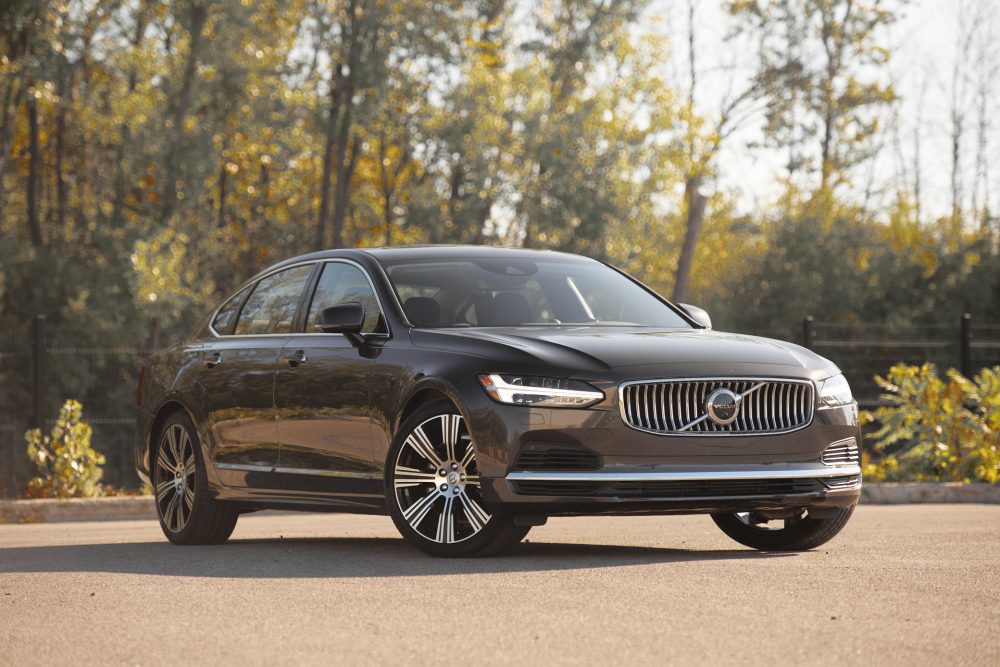 Volvo has always preferred doing things differently, and it couldn’t be more apparent than with this car. For starters, the S90 sits in a segment that’s on the verge of extinction here in North America. Second, if you’re not called Audi, BMW or Mercedes-Benz, good luck in this segment. Lexus is currently learning it the hard way with the LS, and so is Genesis with the G90. 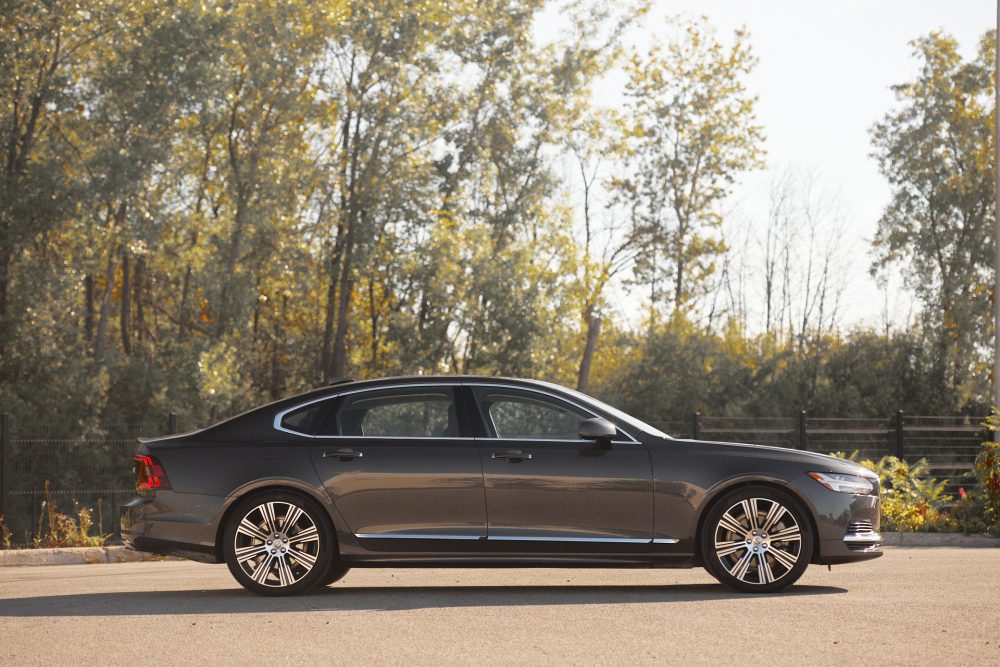 At least, the S90 has a few things going for it. It’s immensely stylish, appearing like some sort of a hyper expensive Swedish piece of jewelry on the road. It’s also quite spacious inside, a quality I’ll get back to in a bit. It’s also considerably more attractive than a German alternative, and it even comes with a plug-in hybrid powertrain. 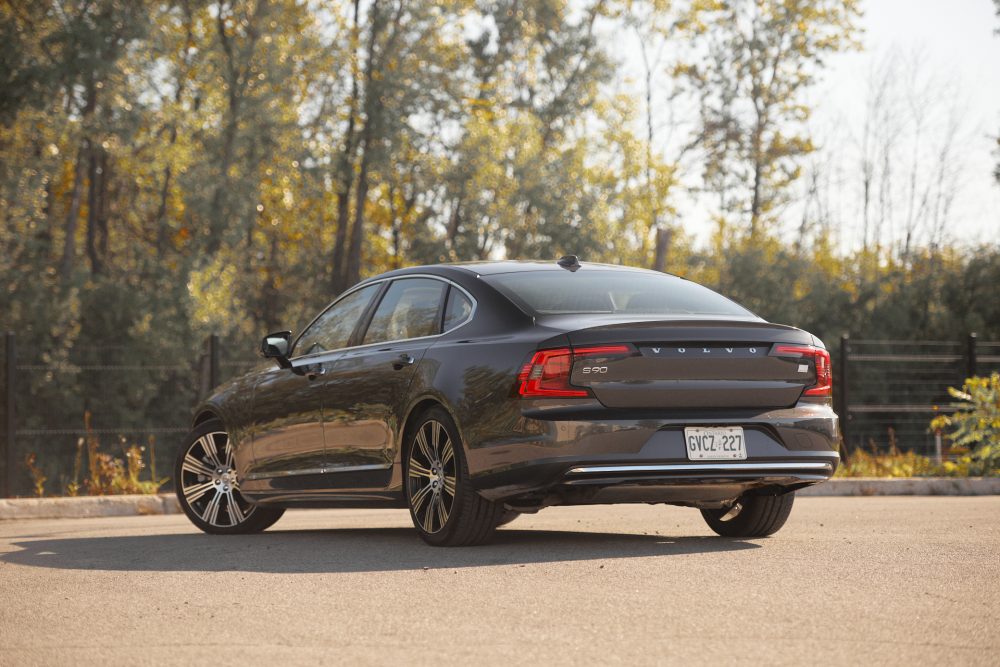 That’s what Recharge means at Volvo now. It’s a play with words to designate the T8 powerplant, albeit a few software updates that allow it to perform better, get a bit more range and recharge a little quicker. Next year, Volvo will introduce a heavily updated version of that powerplant, but for now, it’s still the same setup as back in 2017. 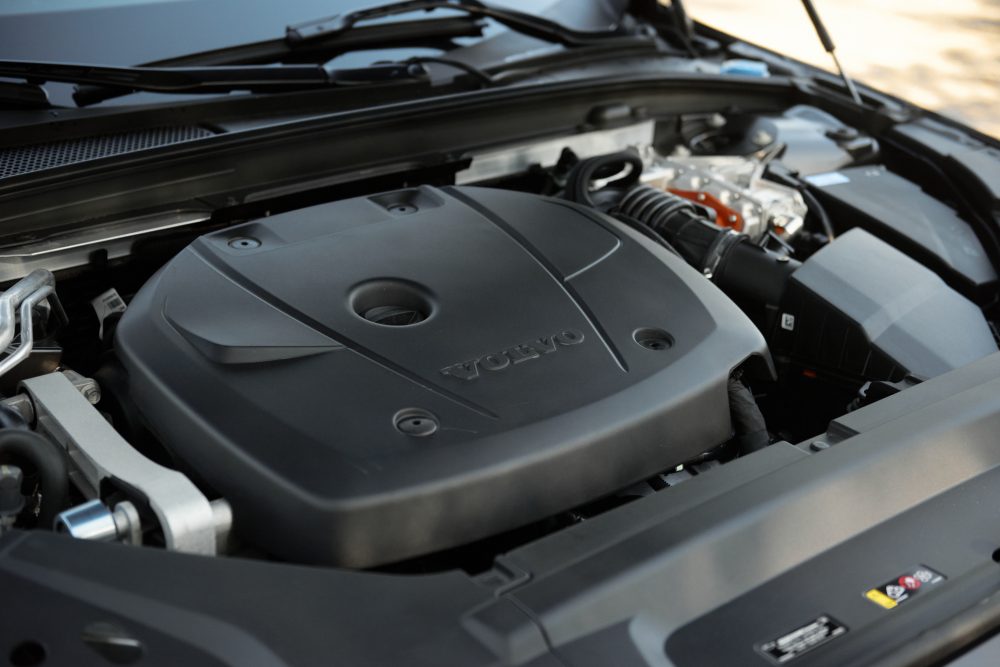 The main engine is a turbocharged 2,0-liter four-cylinder. On its own, it pumps out about 250 horsepower. It’s an engine that’s being used to power smaller vehicles at Volvo, like the XC40 subcompact crossover and S60 compact sedan. 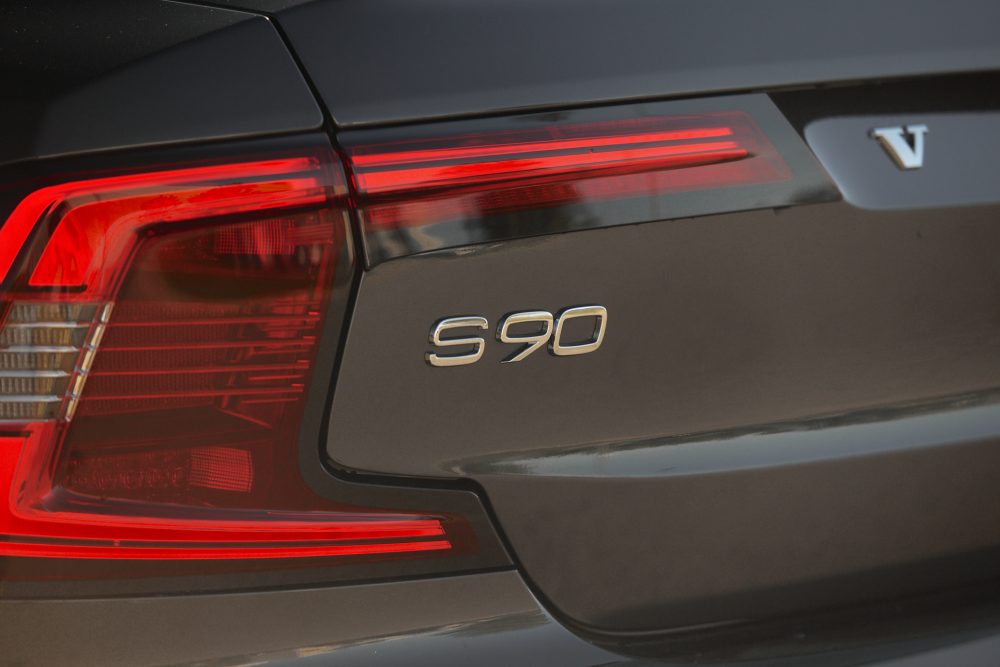 In the Recharge applications, however, that poor four-cylinder gets bombarded with additional technology. Volvo, which isn’t exactly renowned for its reliability, thought it would be cool to add a supercharger to the mix. And as if that wasn’t enough, why not turn it into a plug-in hybrid too? Yeah, I know, definitely not a recipe for reliability. 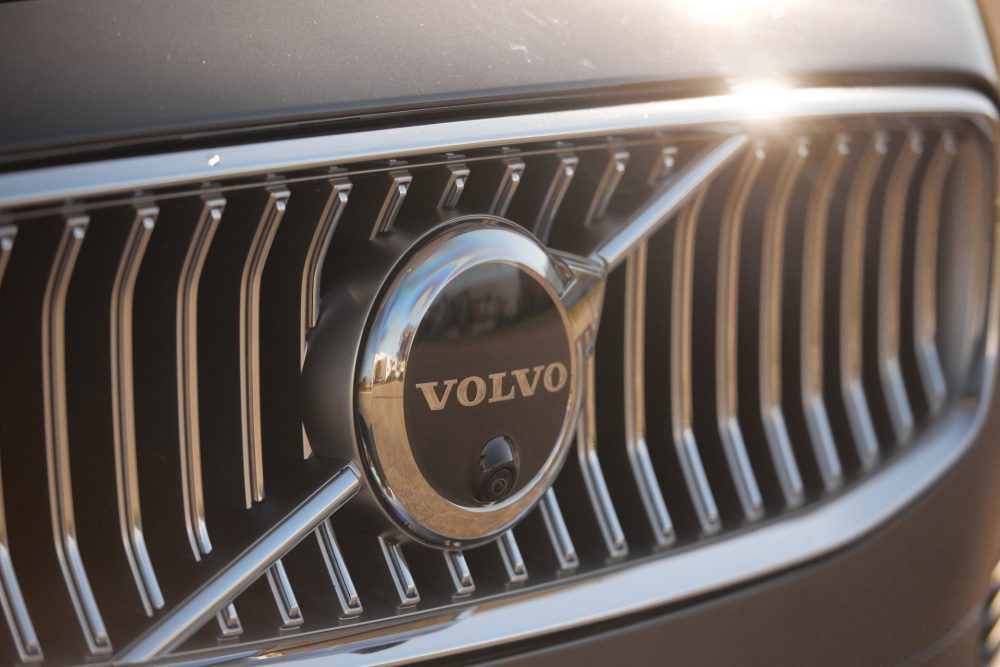 This sedan also has an 11.6 kWh (9.1 kWh usable) lodged underneath its sexy body in the a T shape, as well as an additional electric motor driving the rear wheels. Total combined output for this all-wheel drive electrified machine is rated at 400 horsepower and 472 lb-ft of torque. All of it is mated to an eight-speed automatic transmission. The 2021 Volvo S90 Recharge can drive up to 33 km on a single charge. 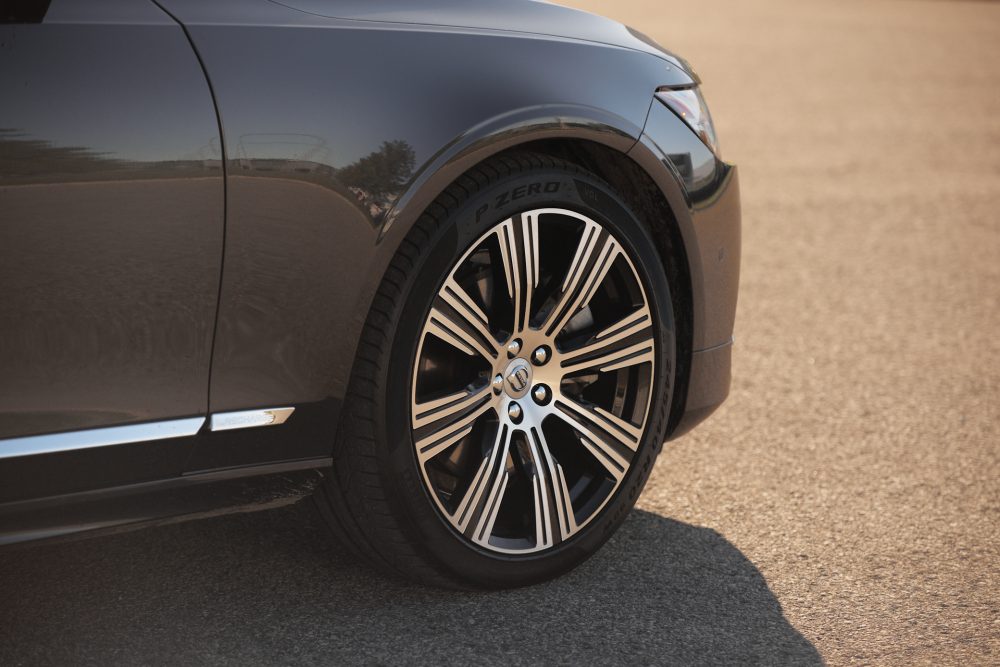 Pricing for an S90 Recharge kicks off at $77,000, or about $7,000 more than a non plug-in hybrid model. My tester, as you’ve probably guessed, has a slew of optional packages added on for a final sticker price of $89,550. That’s less expensive than a Lexus LS500 by almost 30 grand, and about the same price as a Genesis G90. In other words, this big Volvo is somewhat of a bargain. 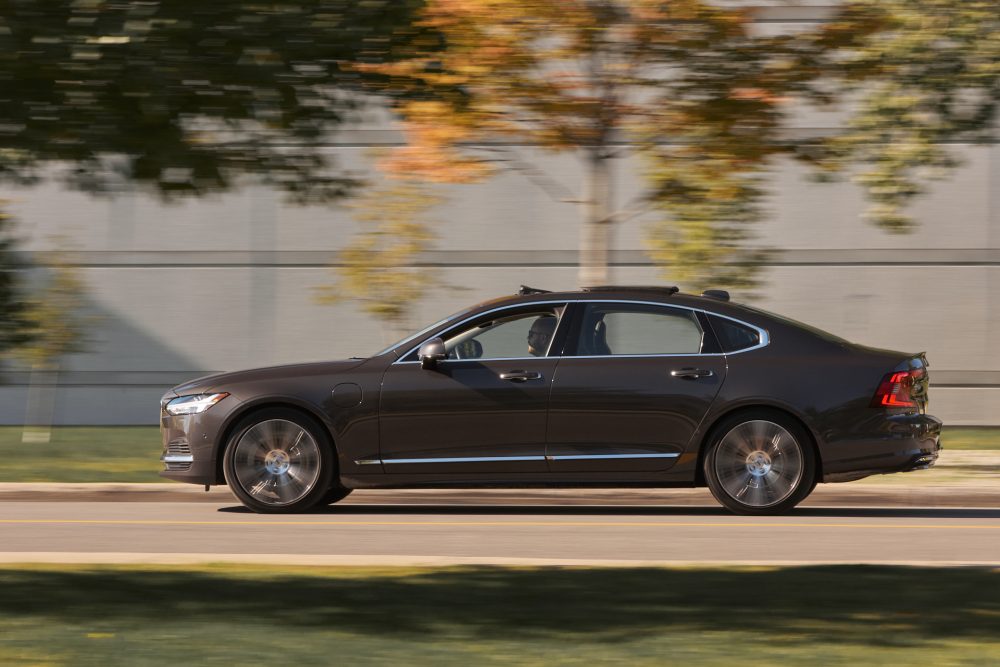 Not only does the S90 look properly elegant, especially in this shade of brown, it’s also very satisfying to drive. Perhaps the most apparent change since the last time I drove a T8 is how much more coherent the drivetrain feels. In the past, gunning the throttle in one of these meant you had to deal with a lot of turbo lag and a tendency for the drivetrain to not know what it wanted. 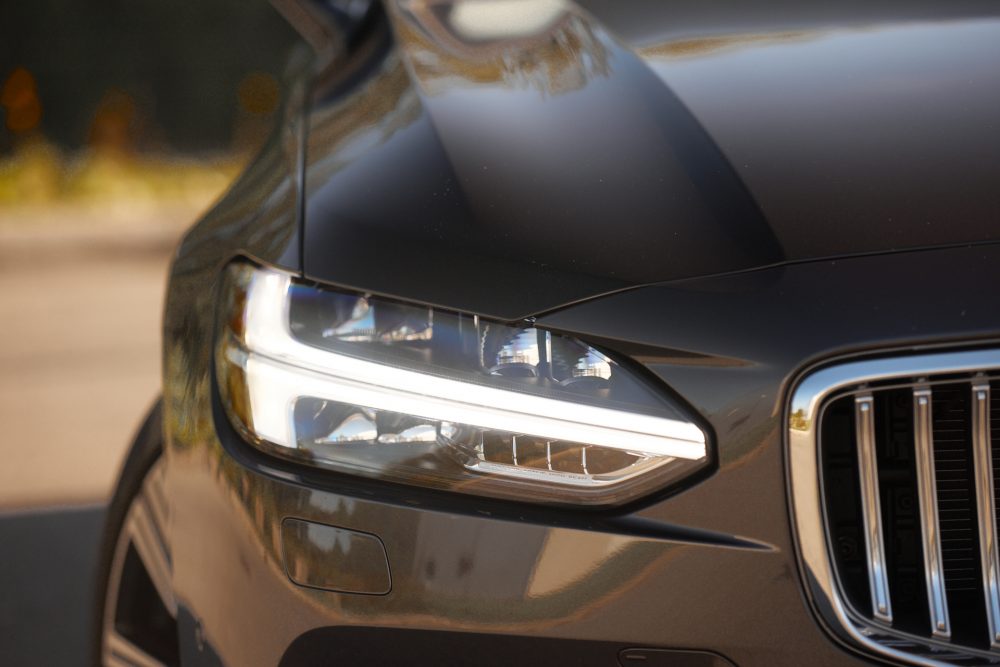 Now, however, it picks up a lot quicker and it all operates in much more harmony. And boy is it quick. If that battery is all juice up, the electric motor will ensure instant kick. Then there’s the supercharger’s instant rush of power, followed by the boost generated by the turbo. There’s definitely a lot going on, and the sounds coming out of the engine compartment are rather bizarre. But it all somehow works at making this massive living room on wheels move fast. 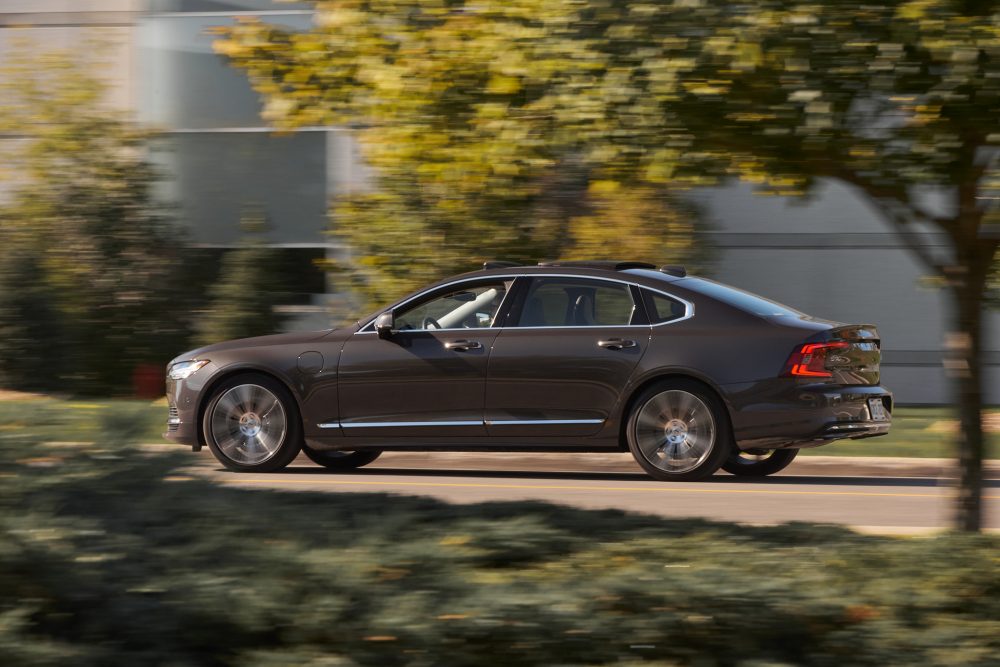 And it handles rather decent too. Even if the S90 is a large car, it never feels like it, always feeling compact, rock solid and oh-so quiet. The only area where it somewhat misses the mark for a full-size luxury sedan, is in its super stiff suspension. Perhaps that setup works fine in Europe, but up here, on the trash streets of Quebec, it’s a little much to take in. 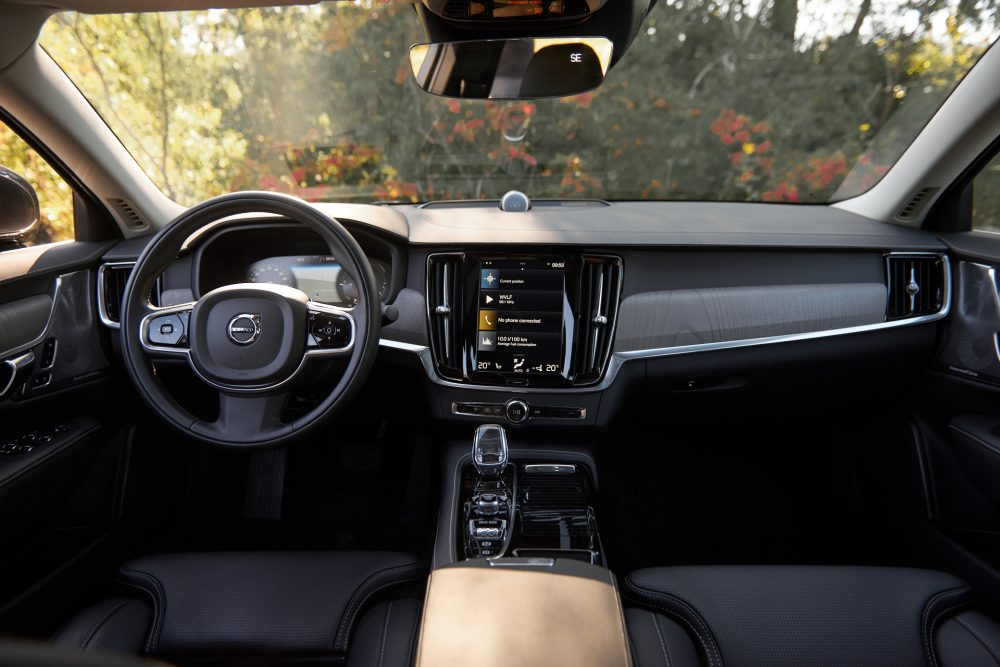 But driving fast through apexes isn’t the S90’s raison d’être. It was designed to carry executives from board meetings to happy hour with perhaps one or two partners along for the ride and, presumably, a private chauffeur. Boy does the S90 do a good job of being an executive sedan though. 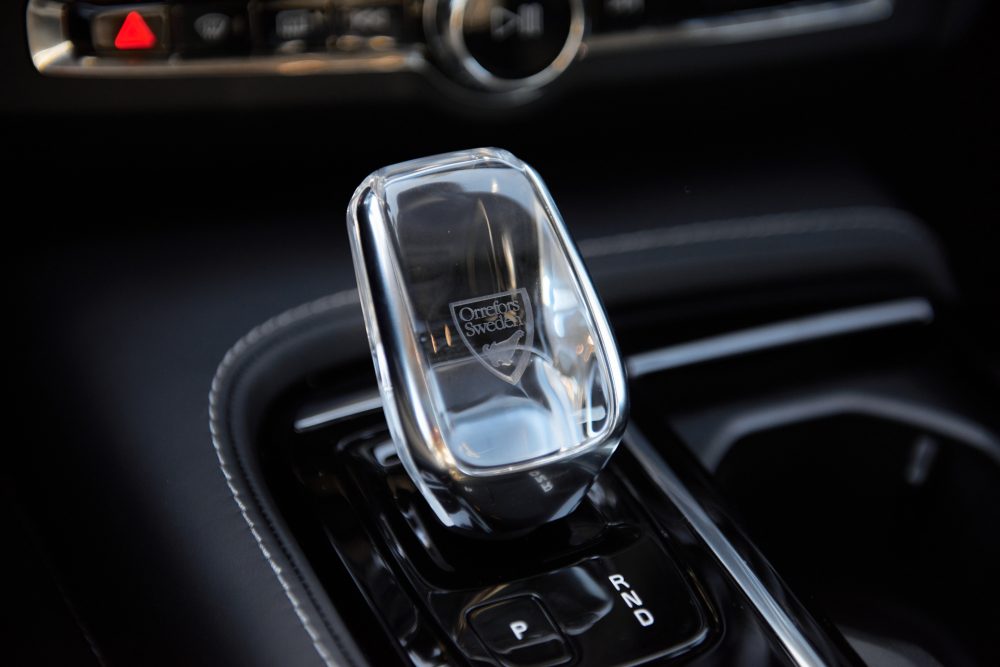 For starters, build quality and overall fit and finish is spot on, with a clean and pure Scandinavian aura that no other carmaker knows how to recreate. All switchgear is massaged to look and feel like a million bucks – special points go to that glass shifter -, while each seat feels like it was designed by a chiropractor. Because they were. 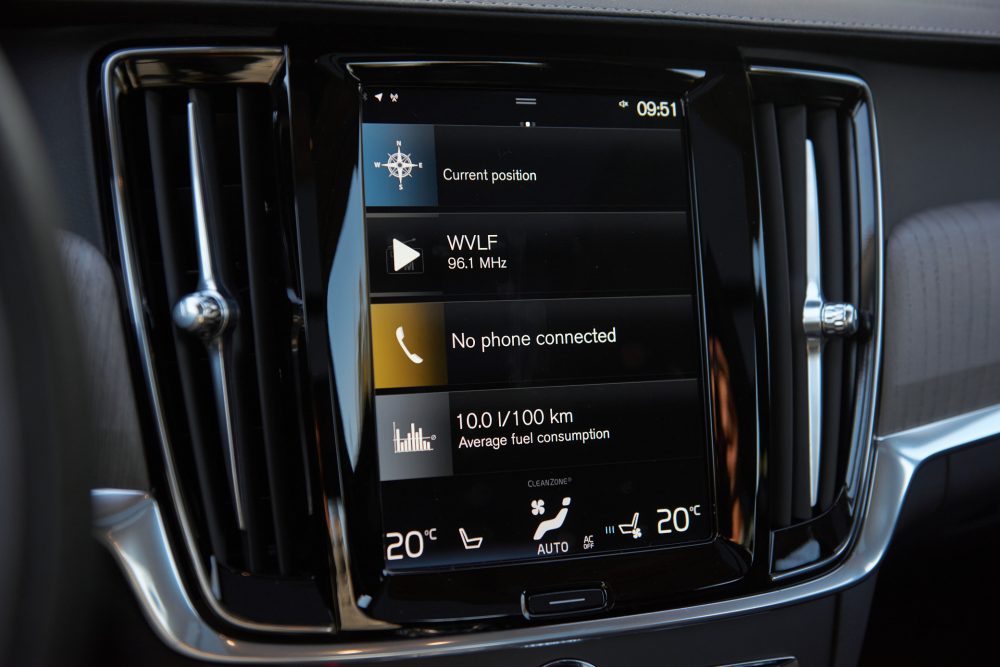 Volvo also made huge improvements to its Sensus infotainment system, more particularly its operating and boot speeds. While it can still be a drag due to laggy menus, I do see a clear improvement from the old system. Volvo needs to pull the HVAC controls out of this system, because they remain hard to access and not particularly intuitive to use. 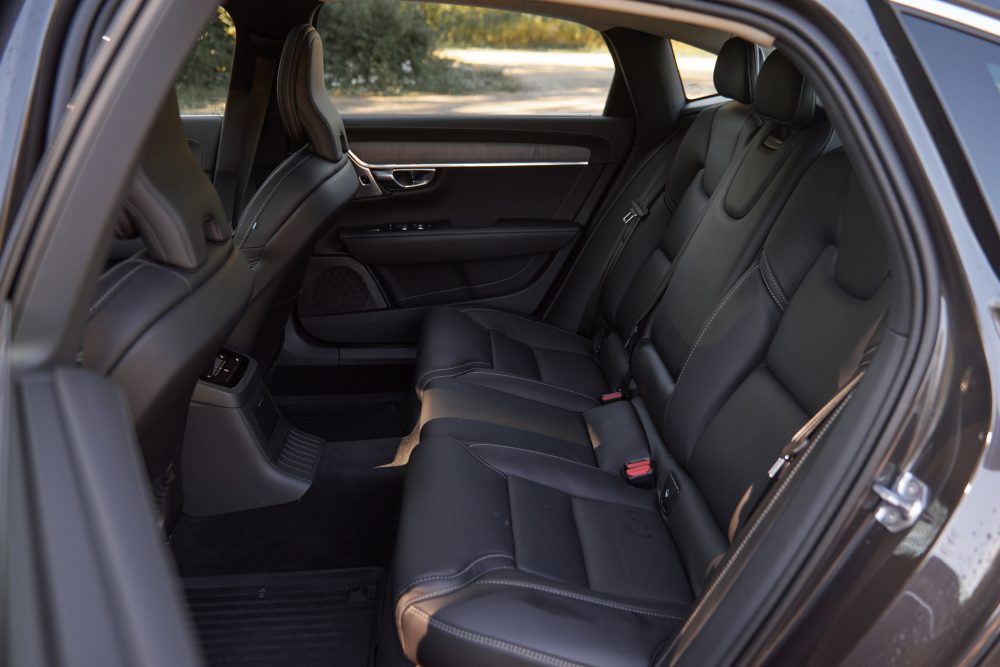 Out the rear, legroom is massive due to the fact that all S90s now come standard with the extended wheelbase package. The fact that the right passenger can lower the front passenger seat to free up some leg space is a convenient feature. But while overall comfort is present and the cabin does offer some enjoyable amenities, like power-operated curtains, it’s never as sophisticated back there as in a BMW 7-Series, for instance. 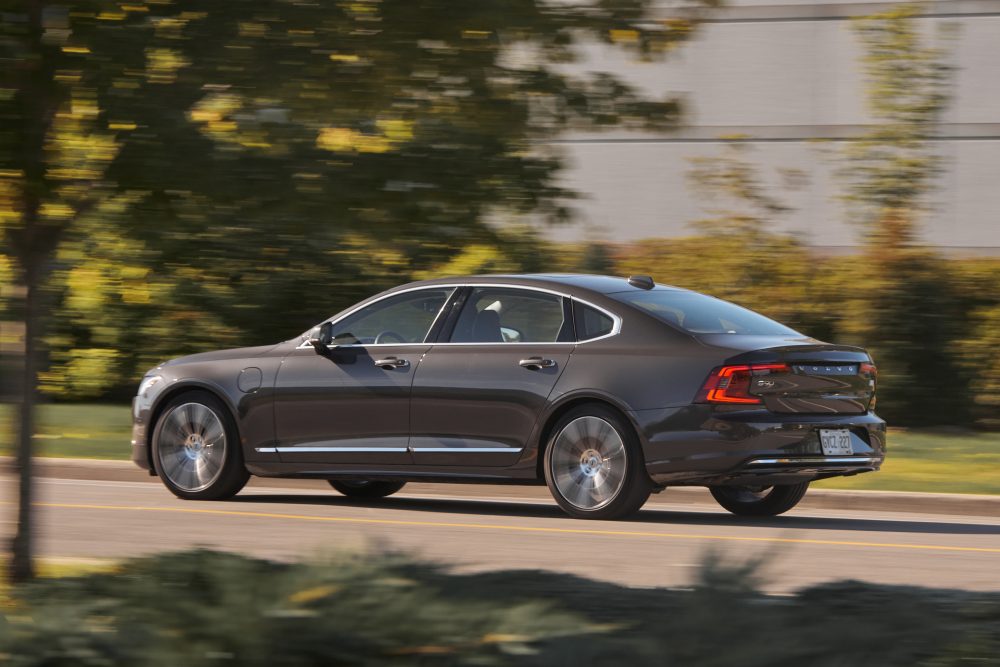 At the end of the day, it’s hard to ignore how relaxing the 2021 Volvo S90 Recharge is, and how great it is on gas. I returned a 7L/100 km average while I had mine, and most times, I wasn’t even using petrol at all. If you’re in the market for a large luxury sedan, this is definitely one to consider as it’ll cost you several thousands of dollars less than a German equivalent, yet, it’ll look just as if not more expensive parked next to it. It’ll even help you save a bit of money on fuel bills and registration. And that makes anyone feel great.