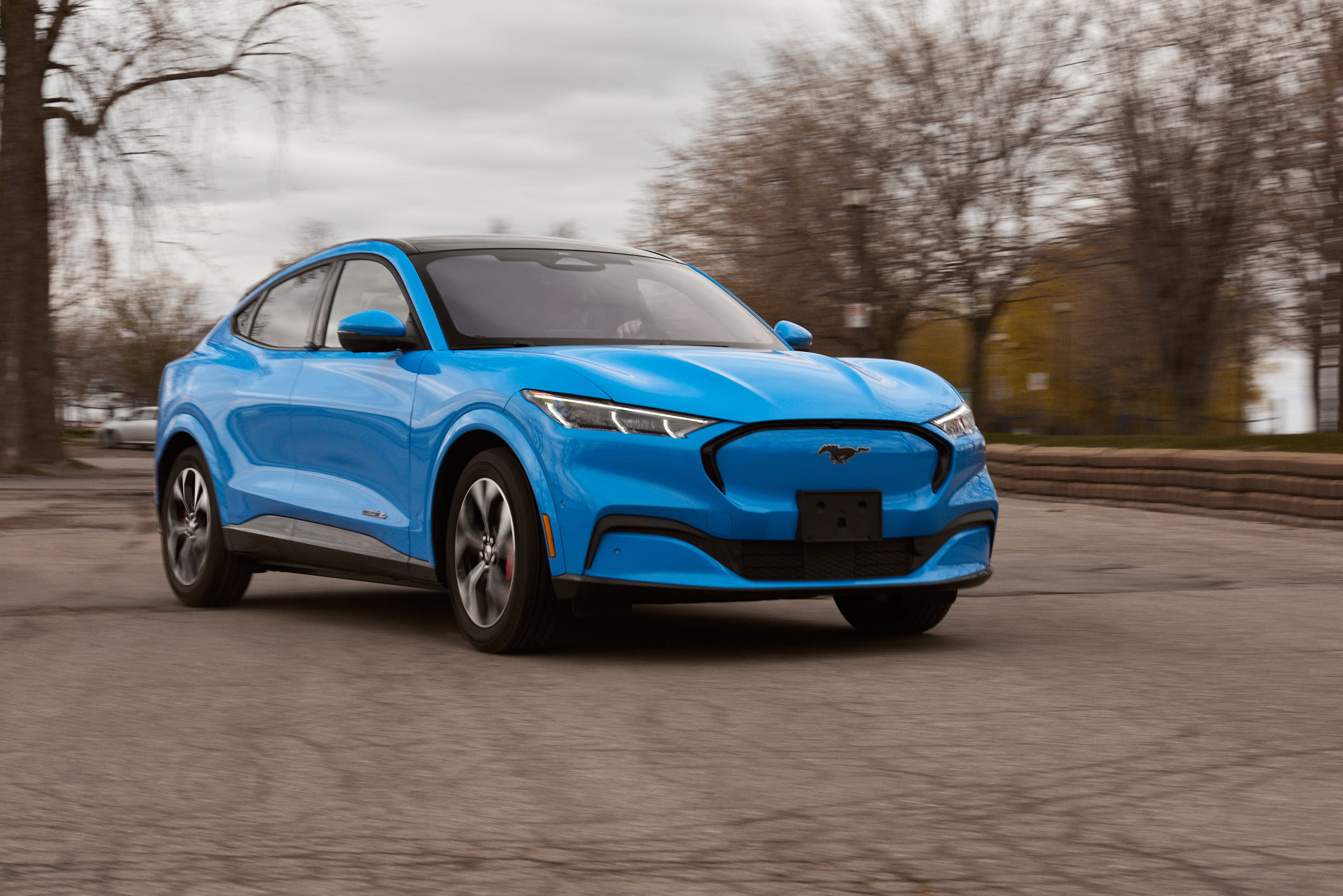 The 2021 Ford Mustang Mach-E is arguably the most controversial vehicle to have come out of the auto industry this year. It’s a Mustang, but it’s also an electric crossover. How does any of that even make sense? It doesn’t. It’s all done on purpose to make everyone talk. At least I think. And it sure as hell is working. 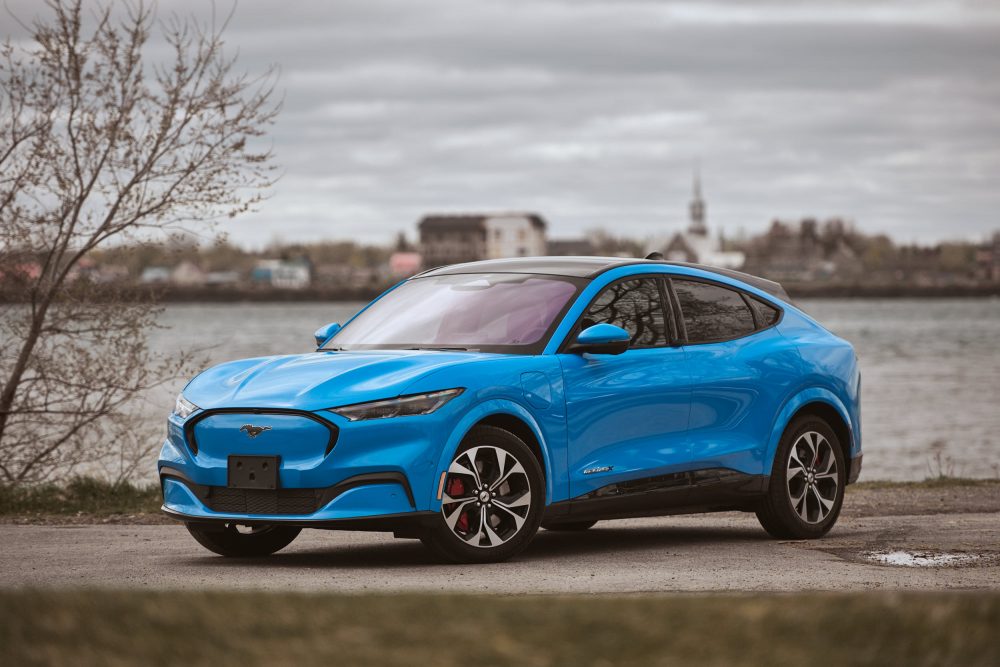 If you’re offended by the 2021 Ford Mustang Mach-E, that’s exactly the point, and, well, Ford doesn’t really care. What it wants is to sell cars, and not to ageing middle aged men and like you and me, but to a younger crowd of Tesla-loving millennials. And so far, the formula seems to be working, as more than 10,000 Mach-Es have already been sold in the US and Canada. Ford won’t admit this, but this Mustang tries to mimic a Tesla Model Y in every single way. And that’s precisely why it has a chance to succeed. 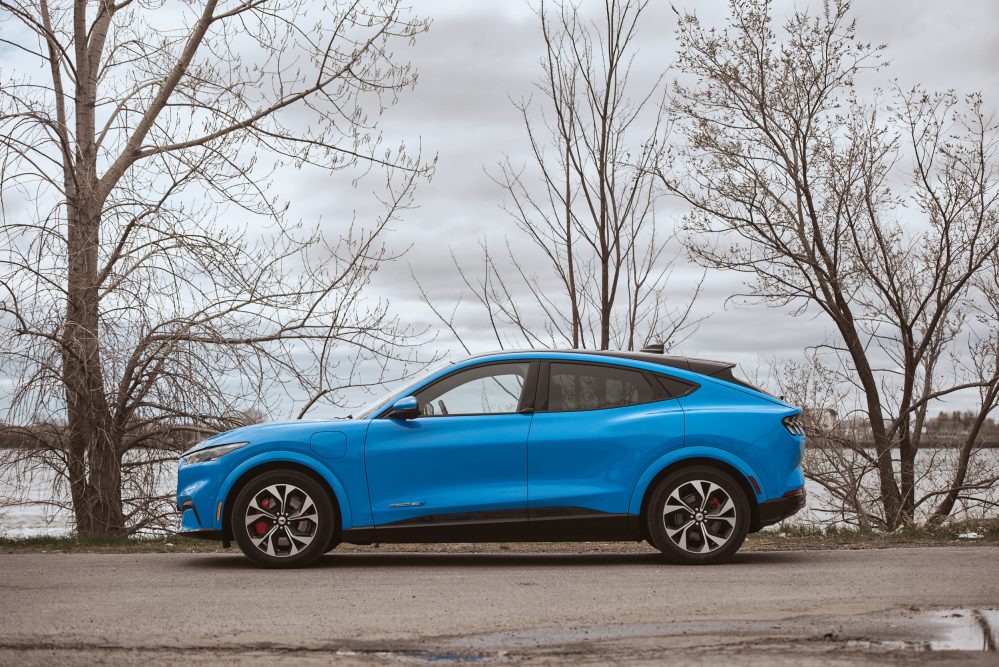 The Mach-E is about the same size as Tesla’s compact crossover, and sells for about the same price. But it offers more variety in its trim structure. It’s also built the same way, essentially a skateboard layout with batteries in the floor and two electric motors at each extremity, that’s if you opt for an all-wheel drive one. Because the Mach-E can also be had with rear-wheel drive. 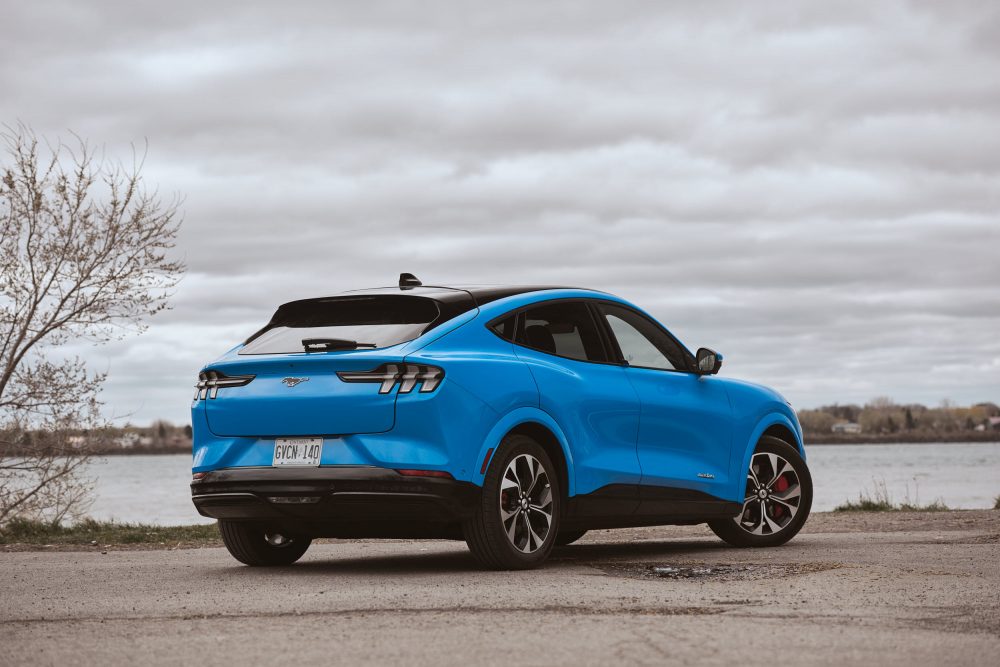 What you’re seeing here is a First Edition model which is already sold out here in Canada. Ford offers a choice of a 68 kWh or 88 kWh (usable) battery capacity, with range being EPA certified between 375 and 480 km. My tester had the 88 kWh setup battery, which makes more sense, as it not only gives the Mach-E Model Y rivaling range, it’s also good for a healthy 346 combined horsepower and 428 lb-ft of torque. This allows the Mach-E to sprint from a standstill to 100 km/h in five seconds flat, or neck to neck with a Model Y Long Range. 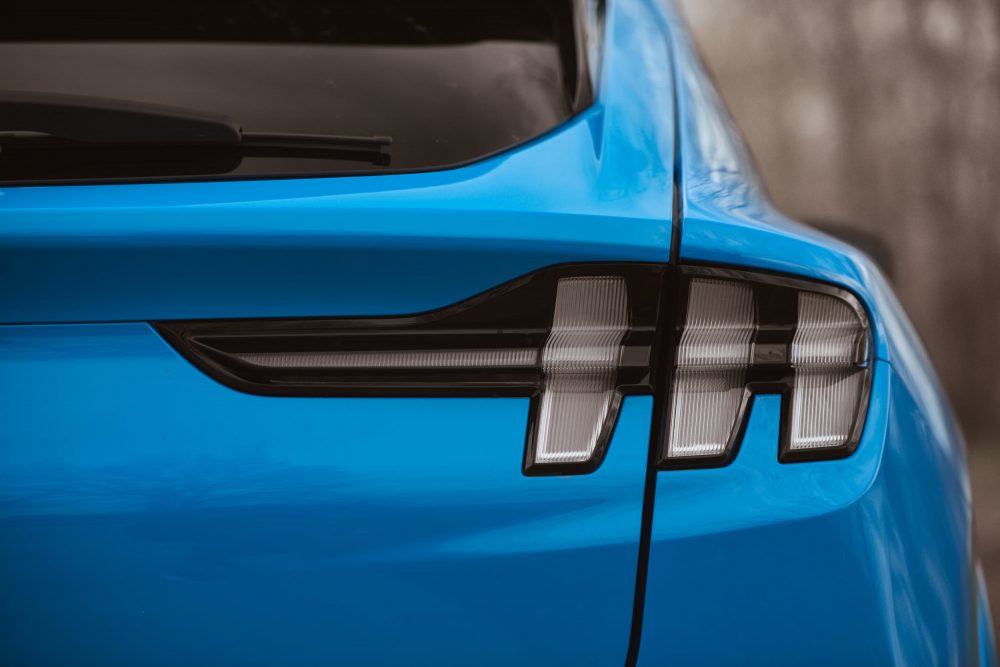 Pricing will once again vary depending on the specifications you select, with heavy incentives here in Quebec on the more affordable trim levels. The Mach-E kicks off at $52,495. That’s cheaper than a base Model Y (until the Standard Range Plus returns) and extends all the way to $82,995 for the high-performance GT model. My one you see here had a sticker price of $71,695.

Satisfying As Hell, But Not A Mustang 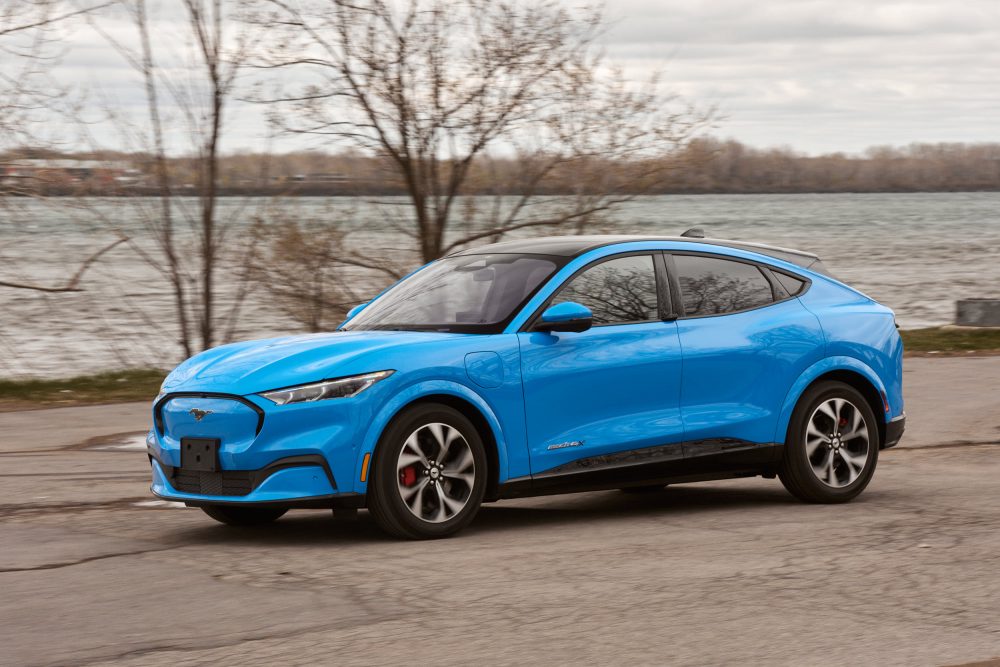 I’m going to come out and say straight up that the 2021 Ford Mustang Mach-E isn’t a Mustang. I know, that’s cliché, but after driving the entire Mustang range, from a four-cylinder EcoBoost model, to a freakin GT350 on a track, heck, even a Bullitt (I still need to drive the GT500 and Mach 1), I don’t see how Ford figured out that this EV deserves the iconic galloping steed logo. Because from where I was sitting it didn’t drive nor feel like a Mustang. 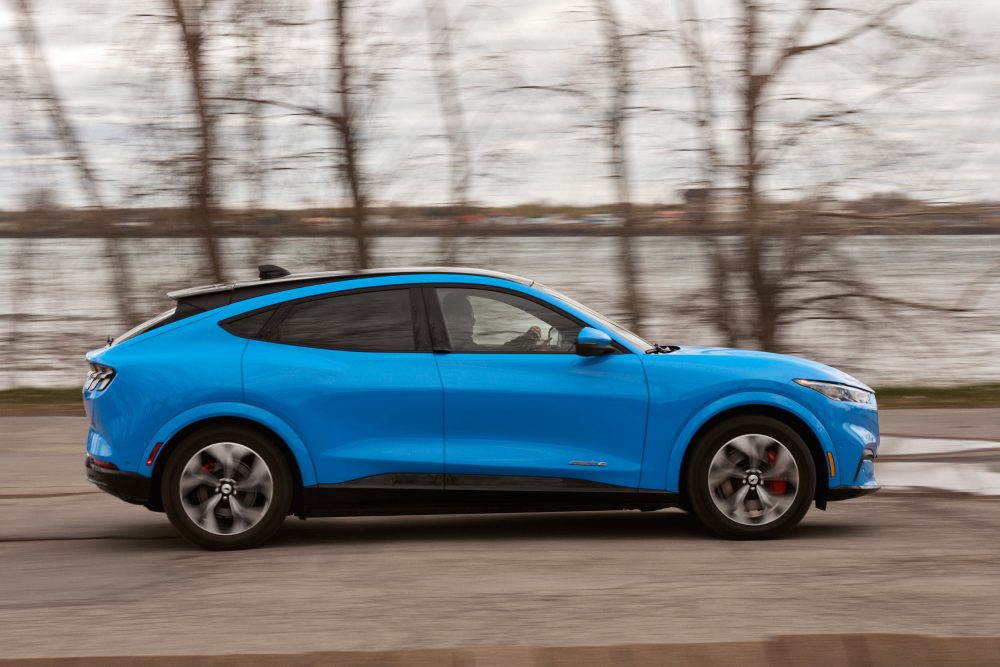 But, and it’s a big but, the Mach-E is one hell of an electric car, and a formidable backroad driver, even if most of the experience is highly digital. It not only accelerates quickly, it’ll also eat up a twisty piece of tarmac in one bite. Thanks to most of its weight being nestled down low in the floor and two highly precise electric motors that calculate the amount of wheel rotation that’s needed as you plow down the road, you can really hold down the throttle without fear of loosing control. 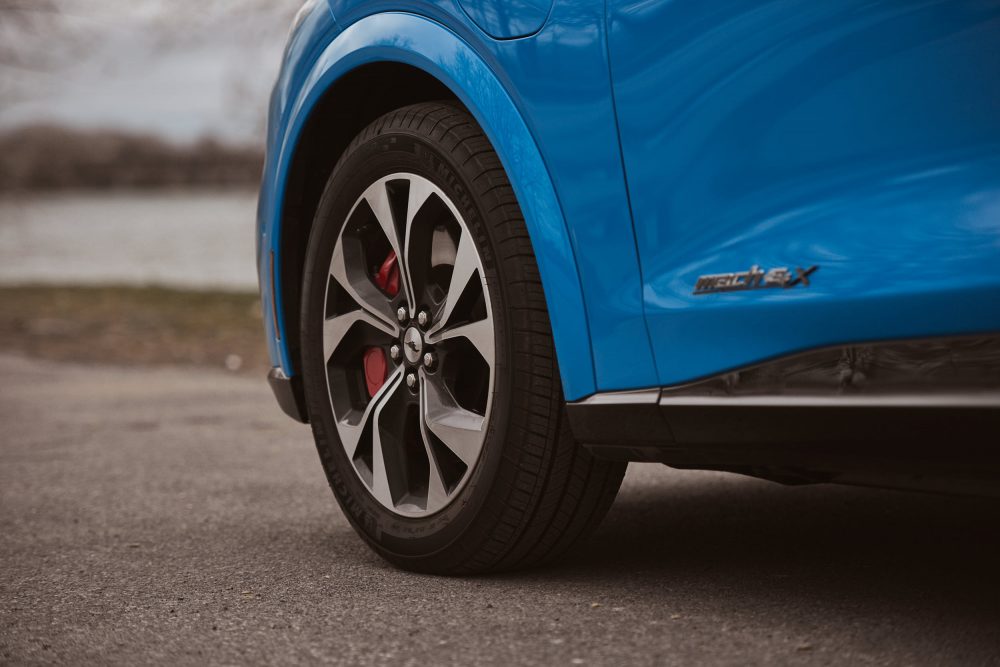 The Mach-E’s chassis rigidity is excellent, and while its steering inputs are entirely software based, it reacts with utmost precision while transcending ample feedback. Turn traction control off, set this electric pony in its most viscous Unbridled setting, and the Mach-E will dance. It wiggles, and kicks out its rear in the most graceful way, while cutely regaining its trajectory at the slightest command. It’s just a fun machine to hoon around, although I do miss the burbles and shrieks of a naturally aspirated V8. 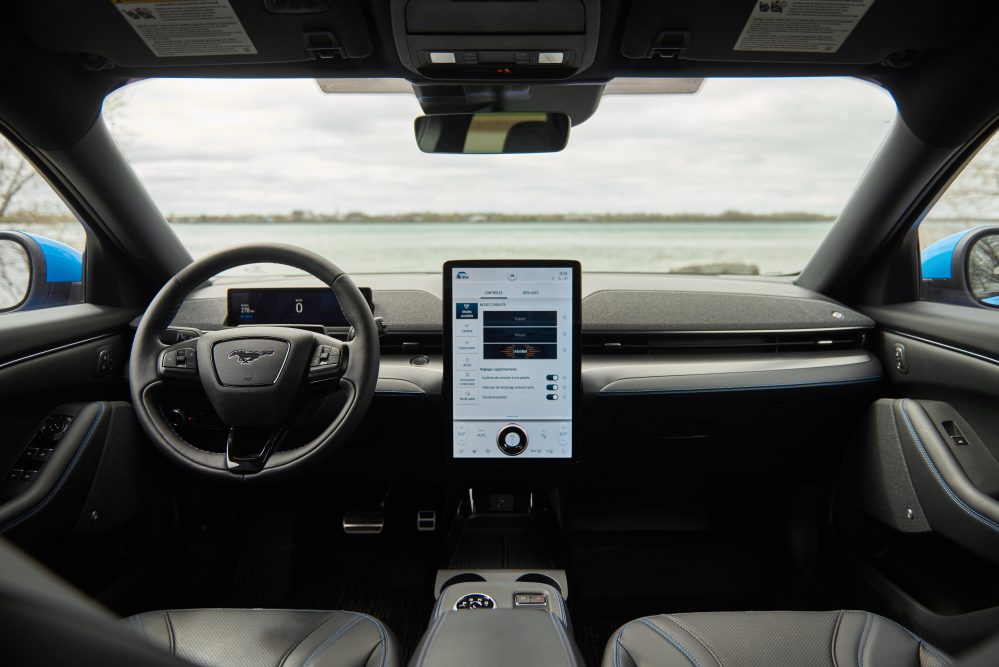 Inside, again, the Mach-E does everything it can to convince a Tesla owner that this is the better car. Like in a Model Y, you’re basically sitting inside a large tub, with a minimalist dashboard that’s dominated by a gigantic tablet-like infotainment system. While Ford does still give you a (digital) gauge cluster, most, if not all of the car’s commands are operated via that tablet. 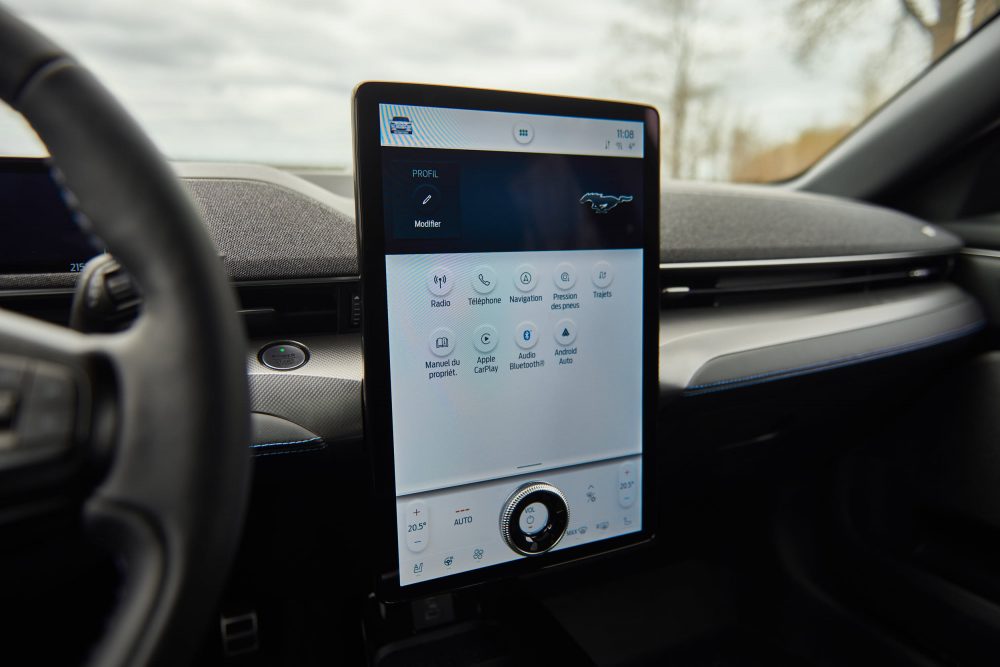 The system itself works well in the sense that it’s a handy companion, with a wide range of flexible configurations and features, as well as detailed information on where your energy went. However, the lack of an actual home menu confuses the system’s operation. Wireless Android Auto integration was also done well, with a neat presentation, and only very occasional disconnections. 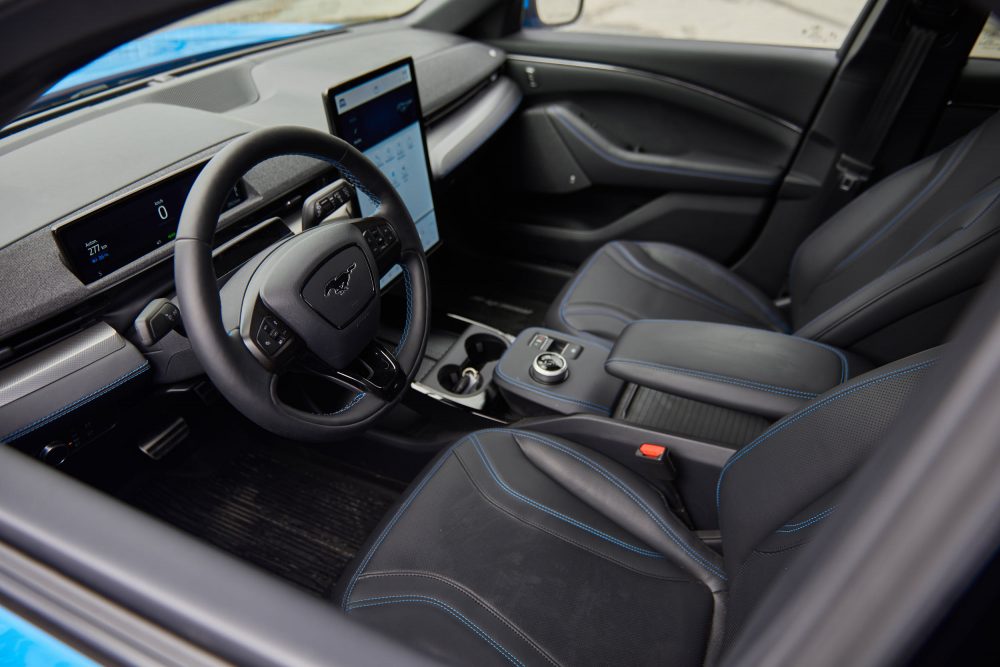 Overall build quality in a Mach-E is also above average, with good quality materials and comfortable, if not a little soft seats. Cabin noise is also kept low, but my tester was plagued with an annoying squeaking sound that came from the center console. Rear leg and head room are ample, and the seats themselves are comfortable. 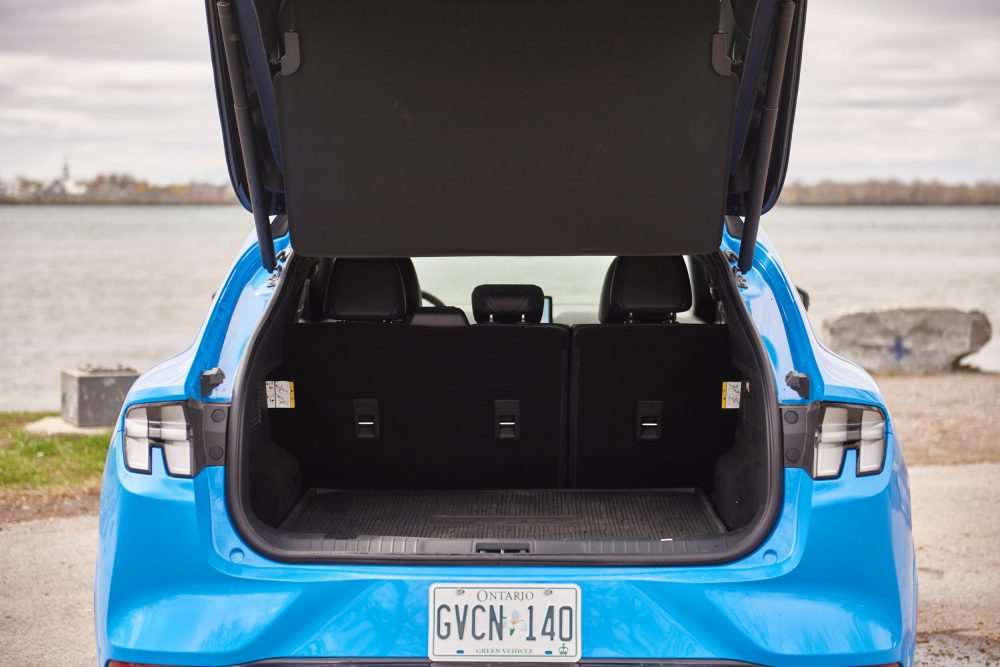 This Mustang is also considerably more practical than its pony car siblings due to the hatchback configuration, but with a total rating of 1,637+135 liters for the front trunk (frunk), the Mach-E still lags behind a Tesla Model Y (1,925 + 425 liters. 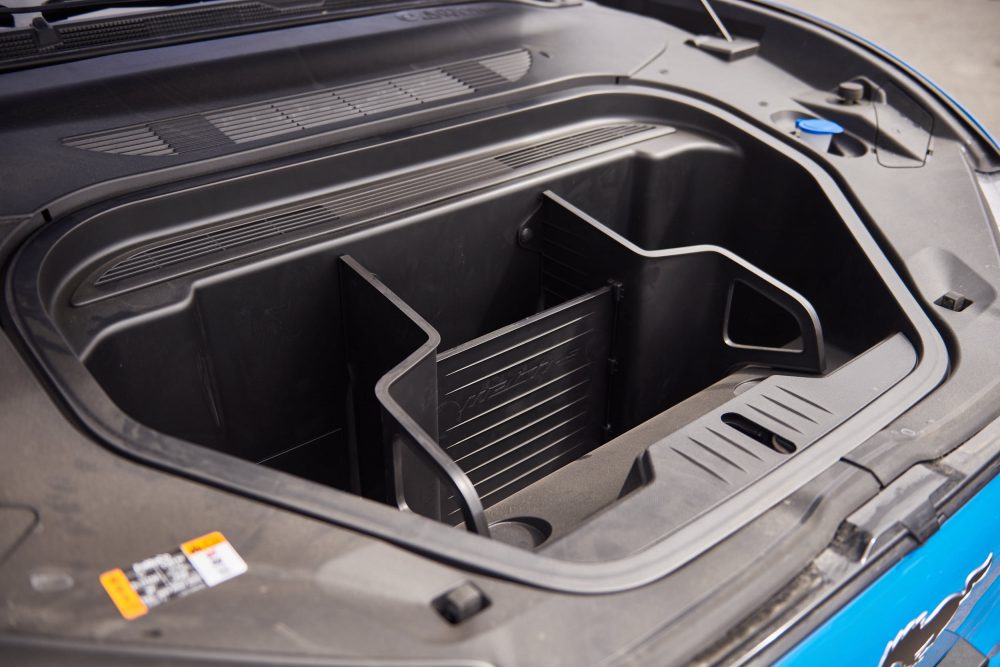 What you really need to understand about the 2021 Ford Mustang Mach-E is that although it does exactly what a Tesla does but at times with less effectiveness, it makes up for it with its desirability factor. I’m not sure if it’s because of the Mustang logo or because it’s a Ford, but it’s a vehicle I found myself respecting a lot and wanting to own. 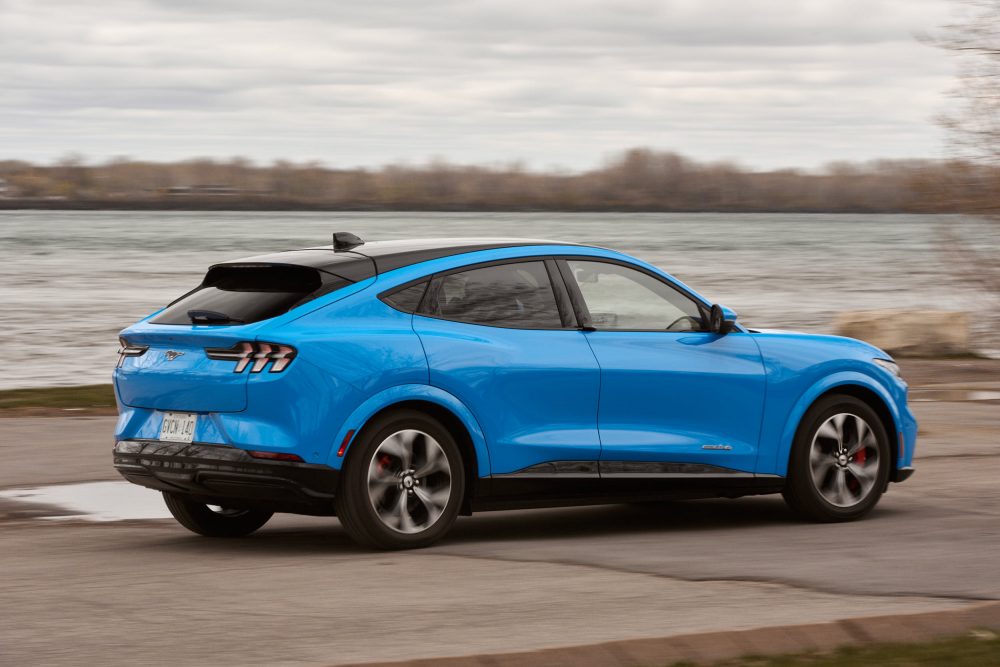 In other words, in a world where all EVs will essentially be the same from a technical standpoint, branding, styling and the overall experience they will offer is how they’ll set themselves apart. There’s no doubt that the Mach-E is marketing genius, weather you’re ok with it or not. Call it what you want, but as Ford’s first serious take at the electric crossover game, this is one hell of a solid product.