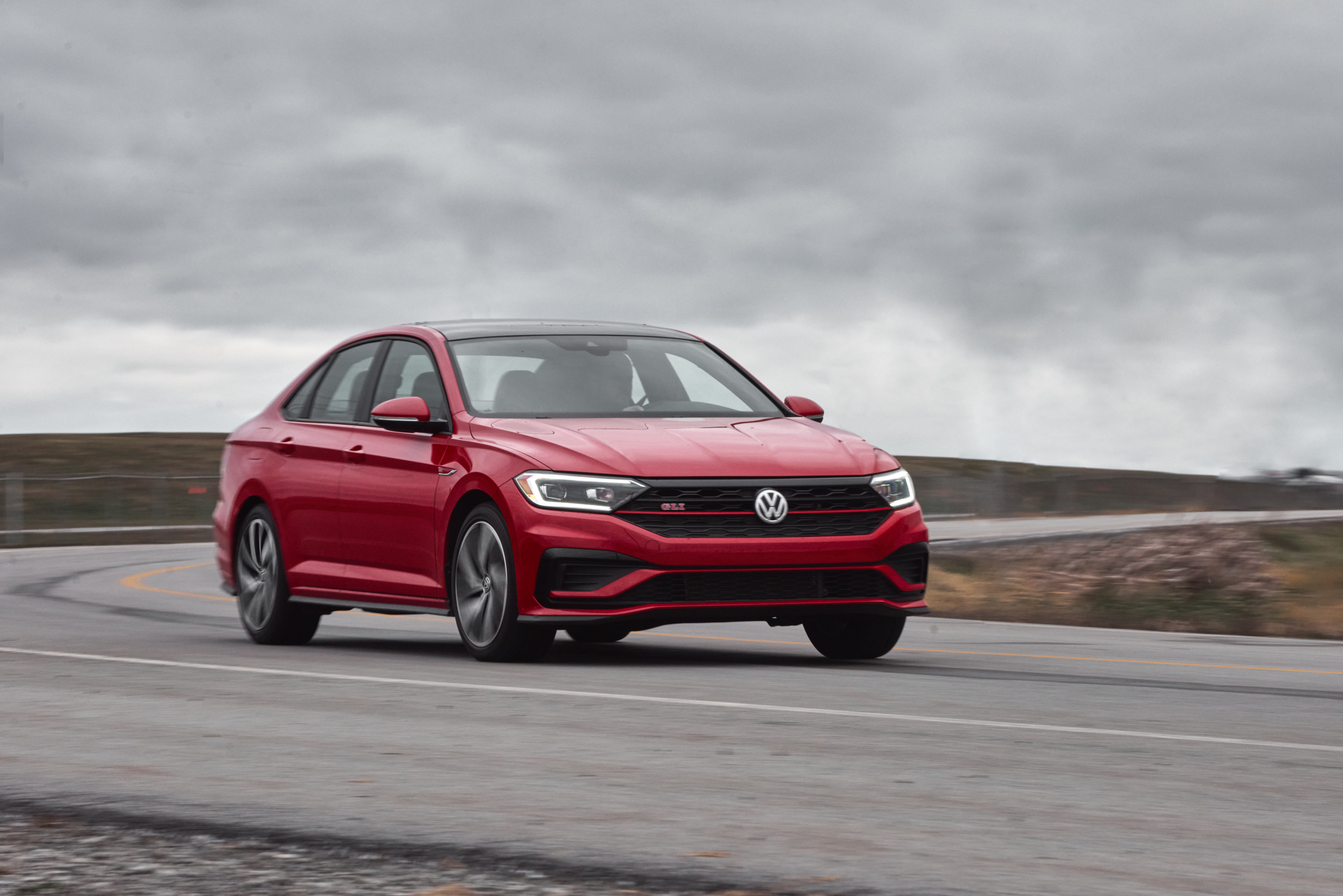 If you’re wondering why the title for this 2021 Volkswagen Jetta GLI review isn’t as enthusiastic as my title for the Golf GTI, that’s because there are reasons. While I’d love to tell you that this is essentially a sedan version of what is arguably the best hot hatchback ever built, there are some disappointments here, which I’ll dig into throughout this review. Fear not, friends, because this GLI is still a fantastic sport compact car. But it could be better.

The Biggest One Yet 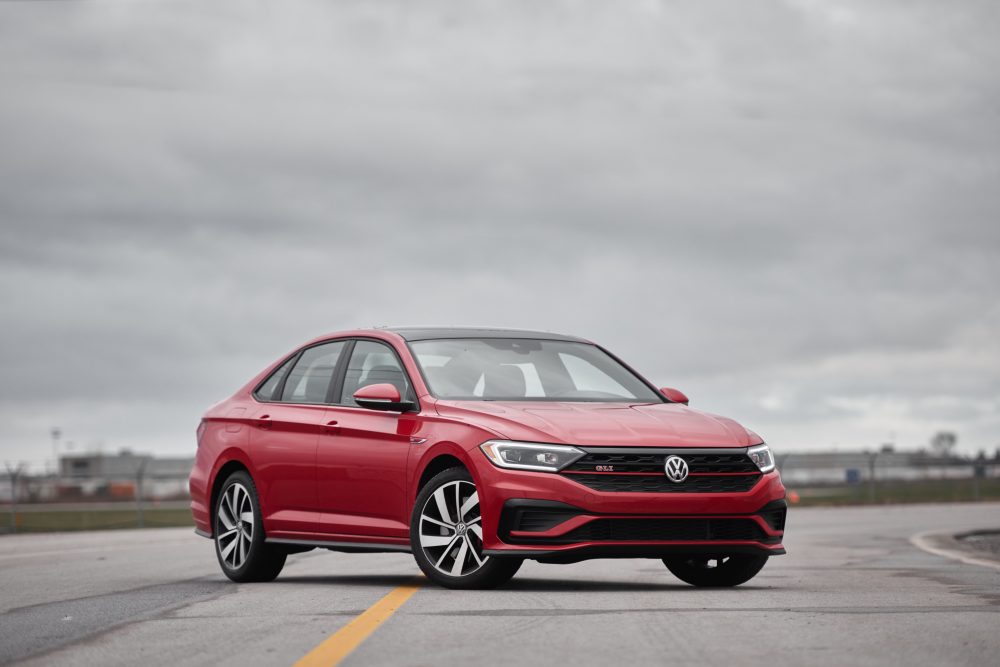 The fact that the 2021 Volkswagen Jetta GLI lies in the “compact” category is rather funny, because this is by far the largest Jetta ever built. As a matter of fact, at the 185 inches (4,700 mm) long and 70 inches (1,778 mm) wide, this current-generation Jetta, which looks a little weird, is a bigger car than a VW Passat from two decades ago. That’s how big compact cars have become. 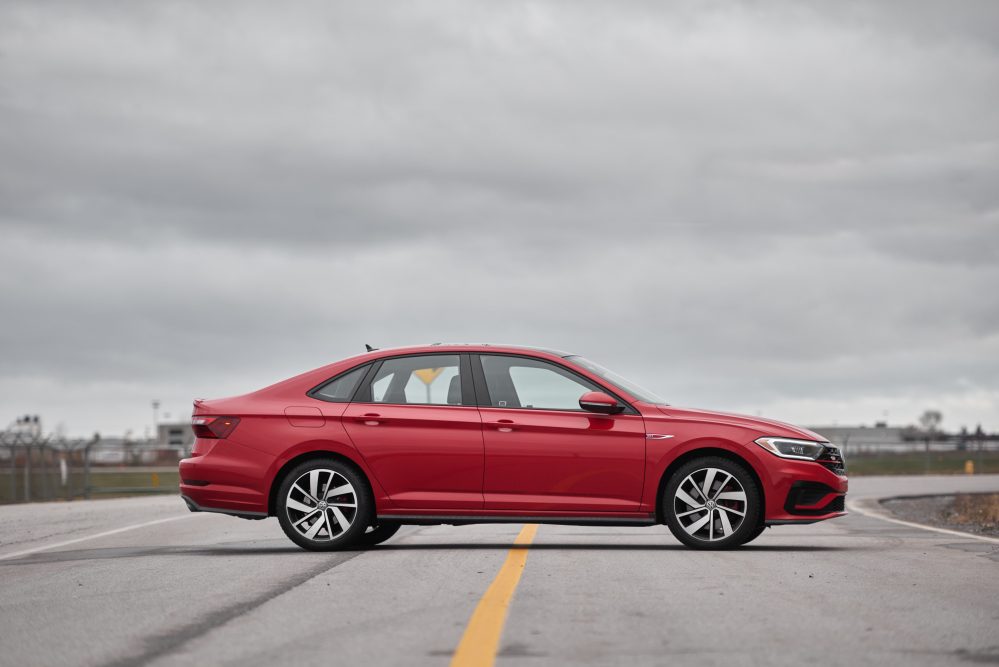 Aside from the added girth, you’ll be happy to know that this new GLI rides on the same excellent MQB architecture as the Golf GTI and Golf R, And yes, it has the same independent rear suspension as those cars, contrary to the last-generation Jetta which had started off to a bad start. In other words, from a technical standpoint, this is essentially a stretched Golf GTI. 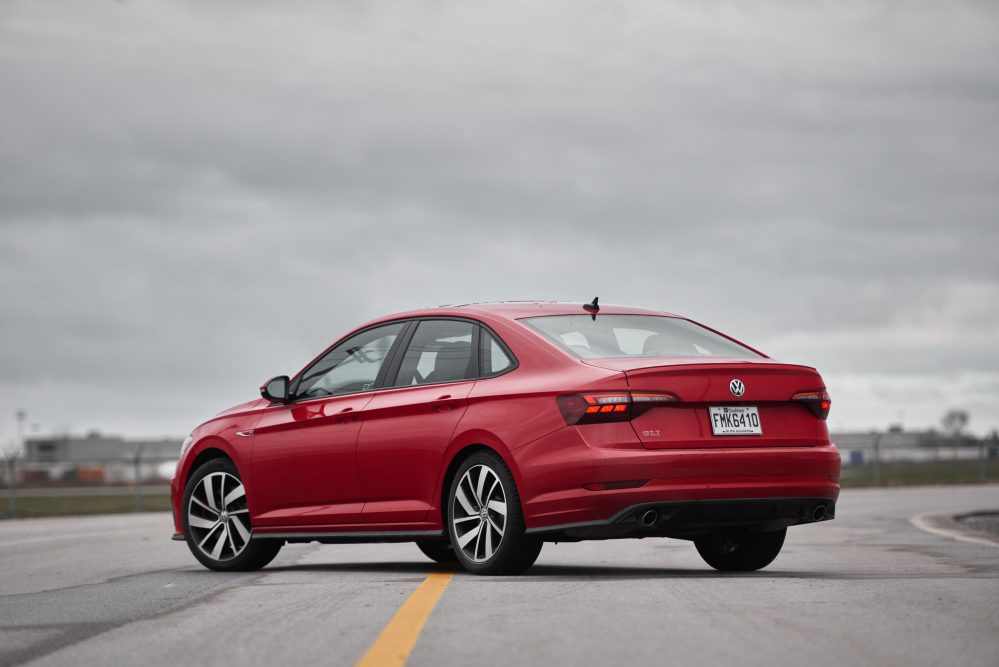 Unsurprisingly, it’s the same story underneath the hood where the only engine available is the excellent turbocharged 2.0-liter four-banger, also known as the EA888 in the VW community. It’s good here for a more than acceptable 228 horsepower and 258 lb-ft of torque. All of it is sent directly to the front wheels via a limited-slip differential. And just like the GTI, two lovely gearboxes are available, either a six-speed manual – the one I highly recommend you get – or a seven-speed, dual-clutch automatic, like the one you see here. 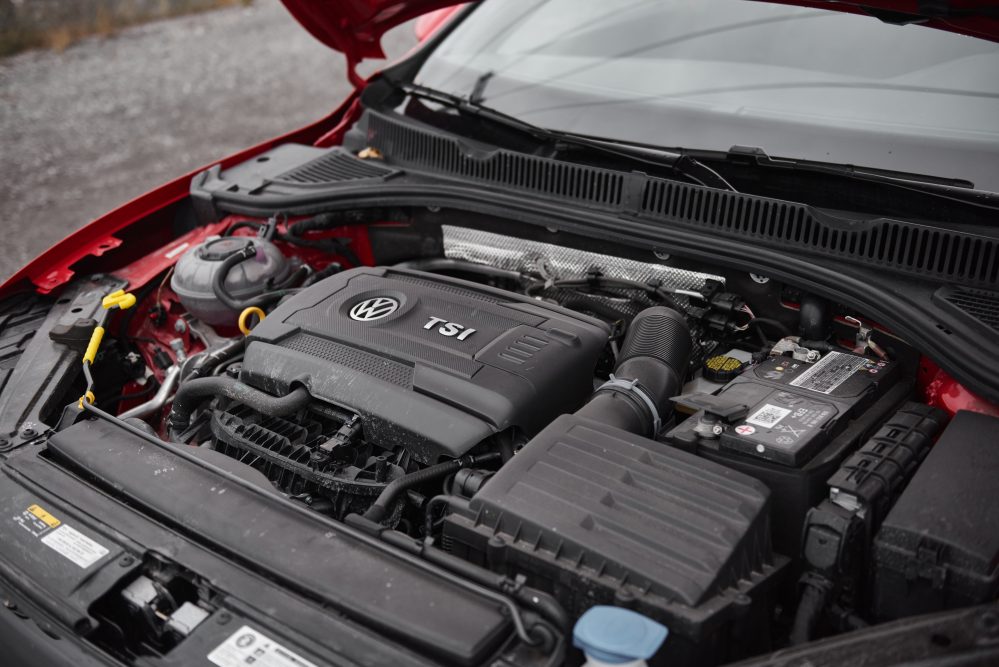 Pricing for a GLI kicks off about $5,000 less than a GTI at $30,995. And the great thing is, at least here in Canada, is that there are no additional packages or trim levels to add. The car basically comes fully loaded with leather seats and a sunroof. Even this Tornado Red paint job with black roof is a no cost option. 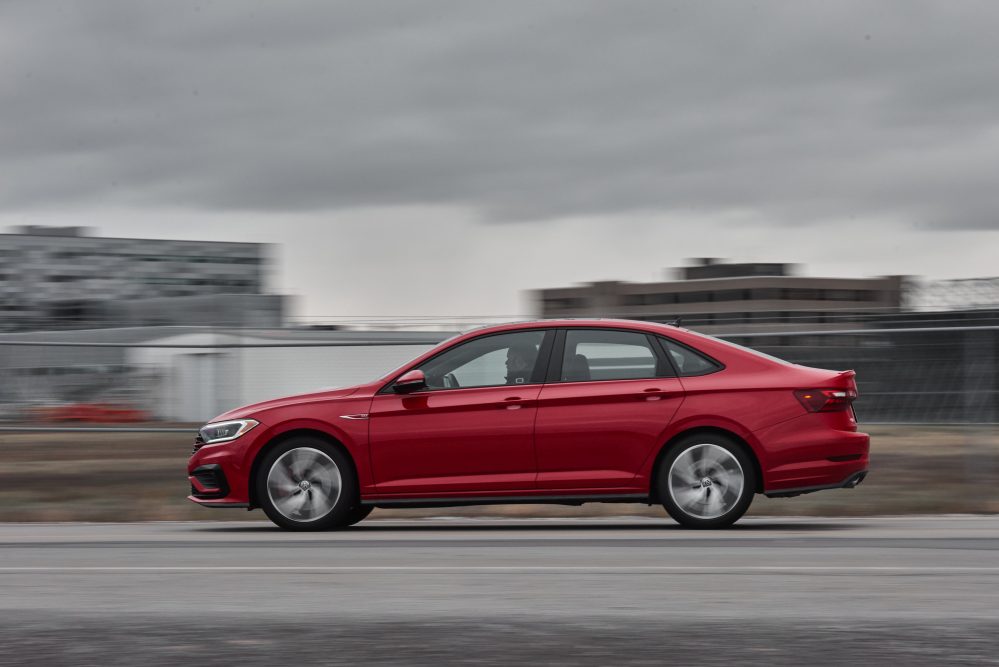 I got to say, except for the fact that it didn’t have a manual gearbox, the GLI felt every bit like the old sport compact cars of my youth. Remember during the late nineties and early 2000s when the first Fast and The Furious movie was hot and every carmaker would build some form of hot-rodded compact car? The GLI reminds me of that very specific era, and that’s fantastic. 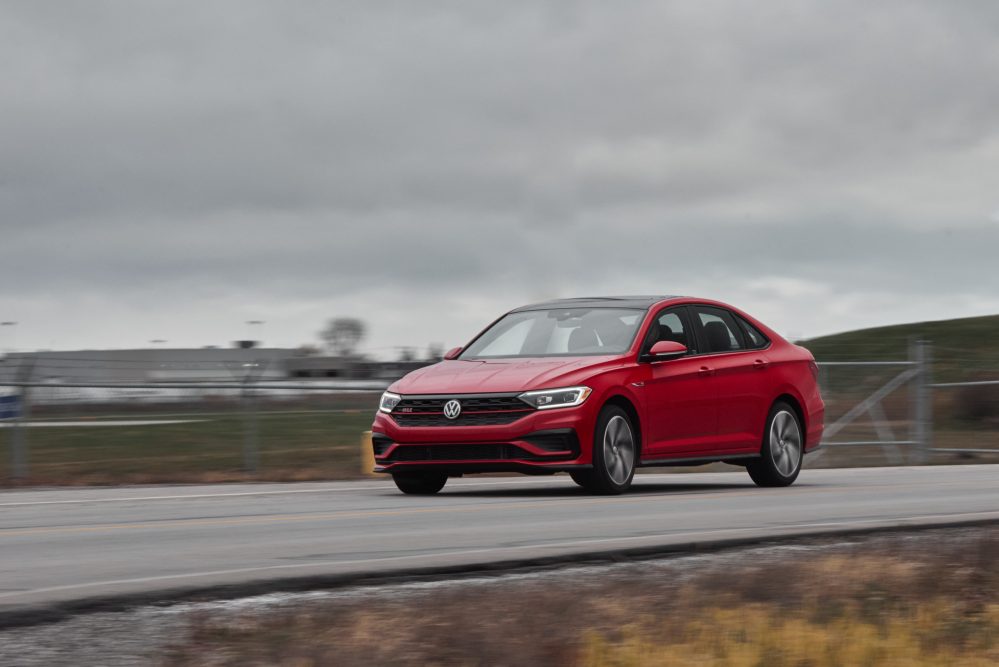 Very much like the GTI from which it borrows all of its mechanical components, there’s an appreciable harmony in the way the 2021 Volkswagen Jetta GLI performs. It’s graceful, balanced and its entire structure feels rock solid over the slightest road imperfections. That turbocharged four is always a peach, providing a massive amount of low-end grunt, plenty of punch throughout the entire redline and a refusal to stop huffing, even when it bounces off the rev limiter. 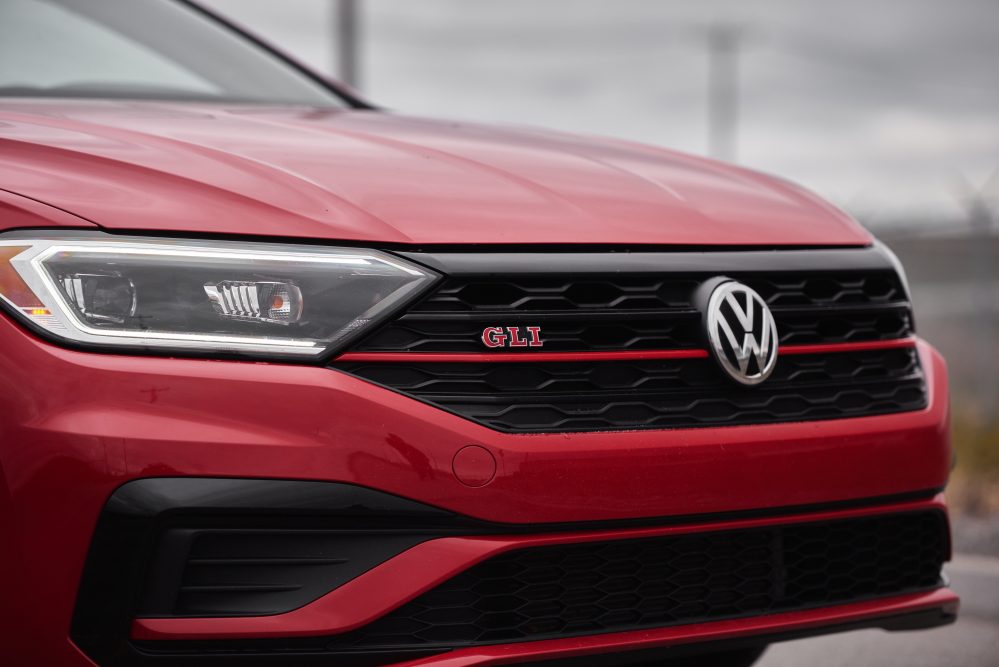 This is by far one of the best four-cylinder engines ever built, but I continue to dislike Volkswagen’s sound-enhancing Soundaktor device. I do wish VW gave this thing a proper exhaust note like Hyundai does with the Veloster N. Meanwhile, the excellent DSG dual-clutch automatic almost succeeds at convincing you it’s better than a manual. If you really can’t commit to three pedals and a stick – which I judge you for doing so – you’ll be happy to know that the automatic removes no performance from the car and only slightly reduces its fun factor. 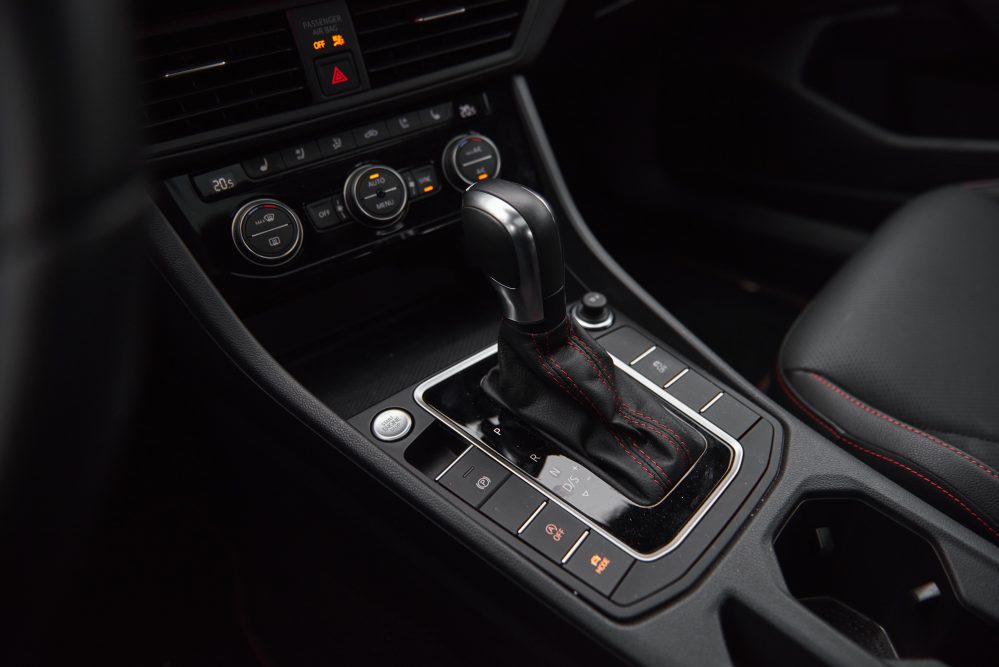 And boy is the GLI fun to flog around on a winding road. The hot Jetta feels a tad sloppier than a GTI due to its stretched wheelbase and considerably longer body, but you’ll only notice it if you’re a hardcore motorhead, because from behind the wheel, it feels very much like the GTI sedan VW promises. Those longer dimensions will also give you considerably more rear head and leg room. It’s massive back there! 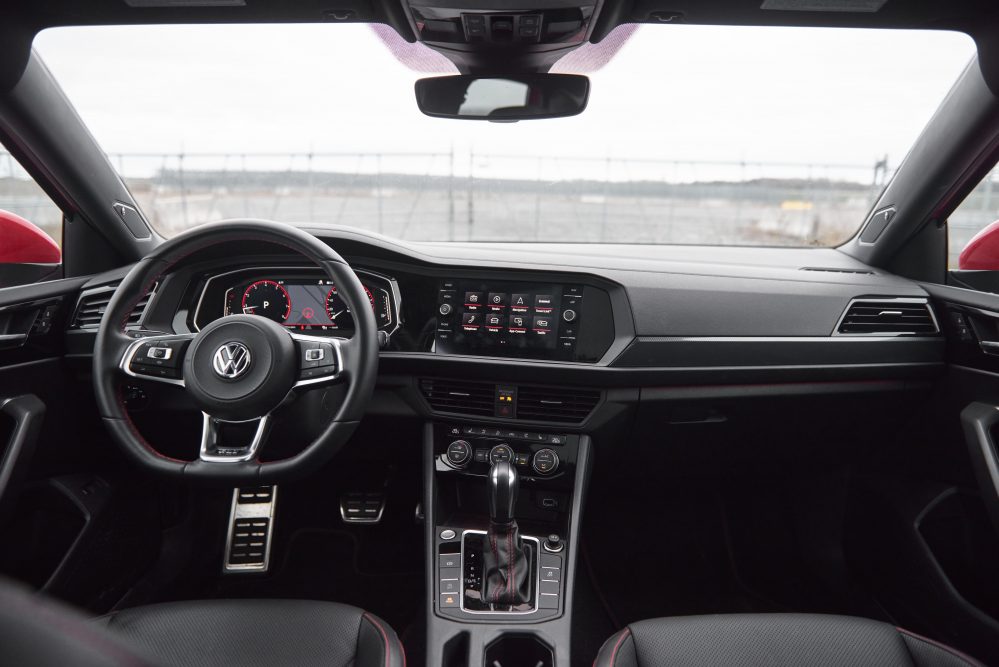 More on the interior: I like what VW is doing with this design. It’s very angular, yet still unquestionably German  and functional. The flat-bottom steering wheel is thick and fun to grasp. There’s also neat red ambient lighting at night, while the fully digital gauge cluster looks good and allows you to customize the information to your liking. The infotainment system is straight forward, easy to use, and the sports bucket seats hold you firmly in place when you’re busy carving out apexes. So far, so good. 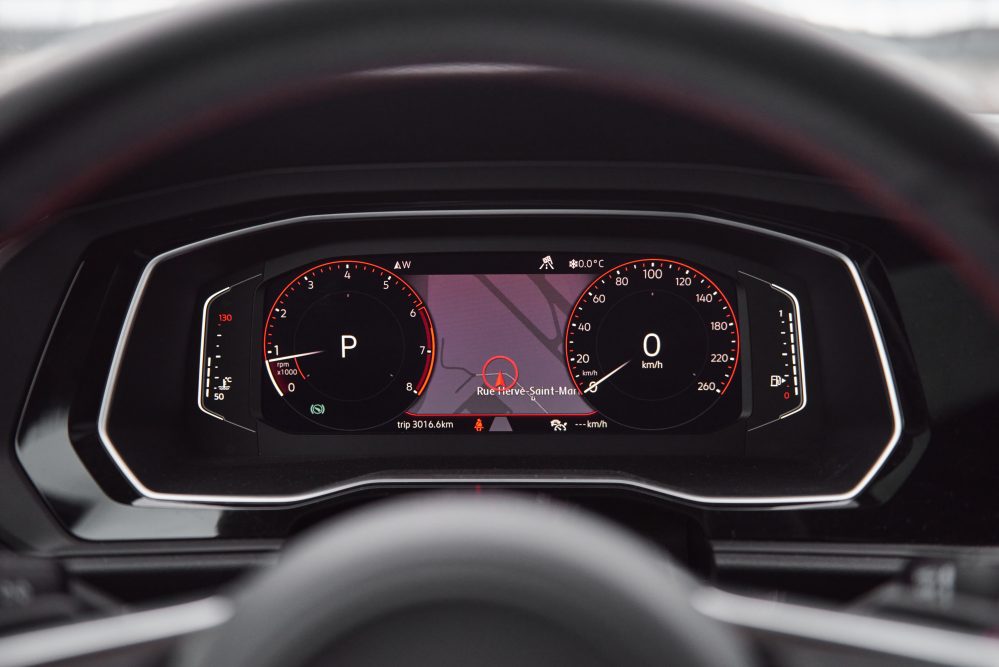 Sadly, I need to address the elephant in the room: build quality. Yes, I know, it’s sad that we need to mention this about a Volkswagen product, but in case you haven’t been keeping track, VW has really cut back in the way it builds its vehicles over the past few years. It was the same story for the Arteon. In other words, this Jetta is plagued with the same hard plastics and flimsy cabin materials as its big sister. 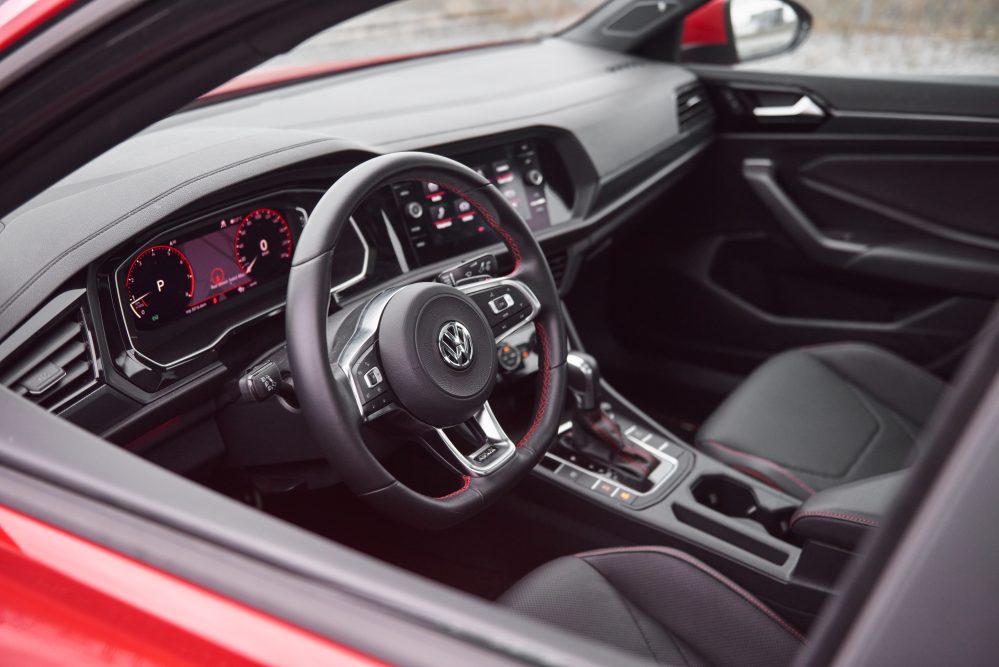 Turn on a reading light and you’ll be disappointed to see it flex underneath its weight. Tap the dashboard and the surface is hard and cheap. And when the car drives over rough roads, cabin noise is so apparent from all the cheap plastics that you’d swear its interior will to fall apart. The structure is solid, but it’s everything inside that feels like an afterthought. 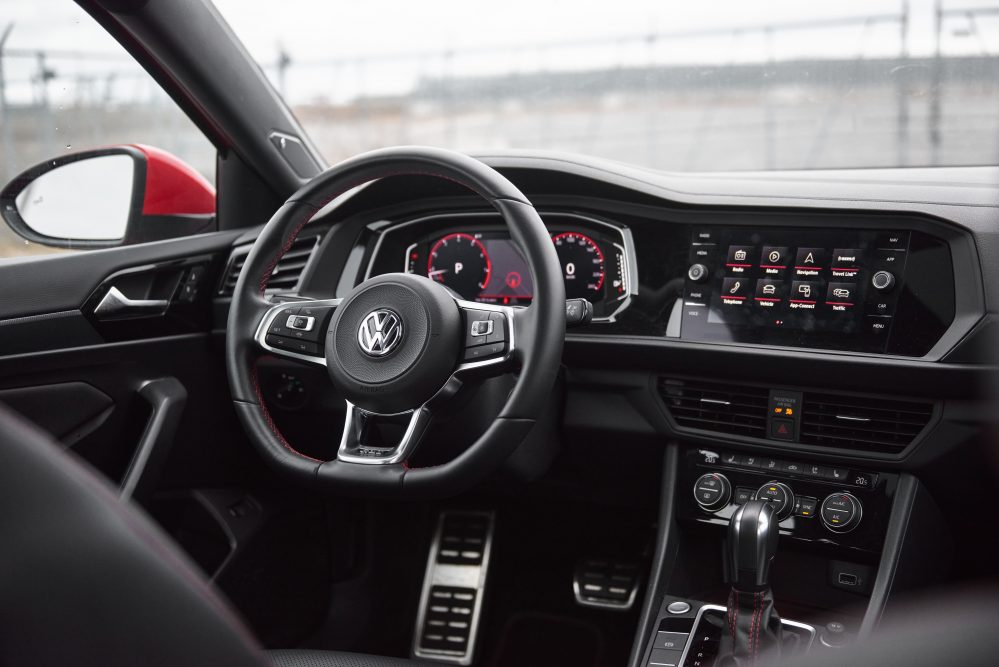 At this point, one would argue that this was done on purpose to lower the Jetta GLI’s price tag, and that person would be right. A sacrifice needs to be made to allow this much performance at such an attainable price, except, other carmakers build similarly priced vehicles that don’t have these issues. I’m thinking about compacts like the Mazda3 or even the Kia Forte GT, which happens to be the GLI’s direct rival. Yes, folks, we now live in a world where Kias are better built than Volkswagens. 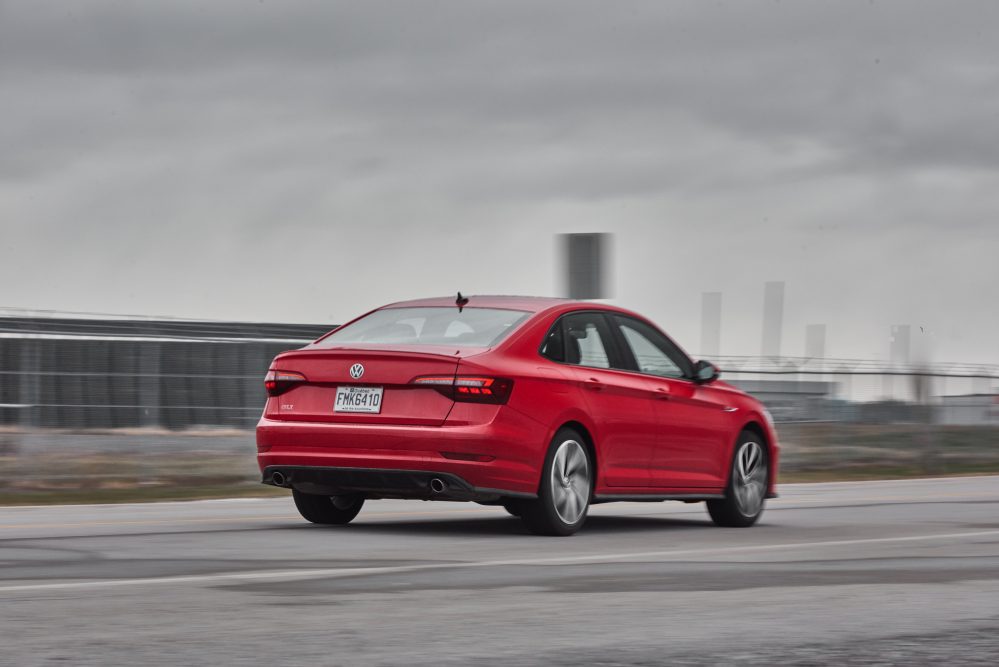 But does any of this affect the 2021 Volkswagen Jetta GLI’s ability to put a smile on your face? Not at all, and for the target buyer looking for an affordable sport sedan, this is up there with the greats. You just need to accept the fact that Volkswagen isn’t what it used to be. At least this GLI is still hanging onto what we all love about the brand.