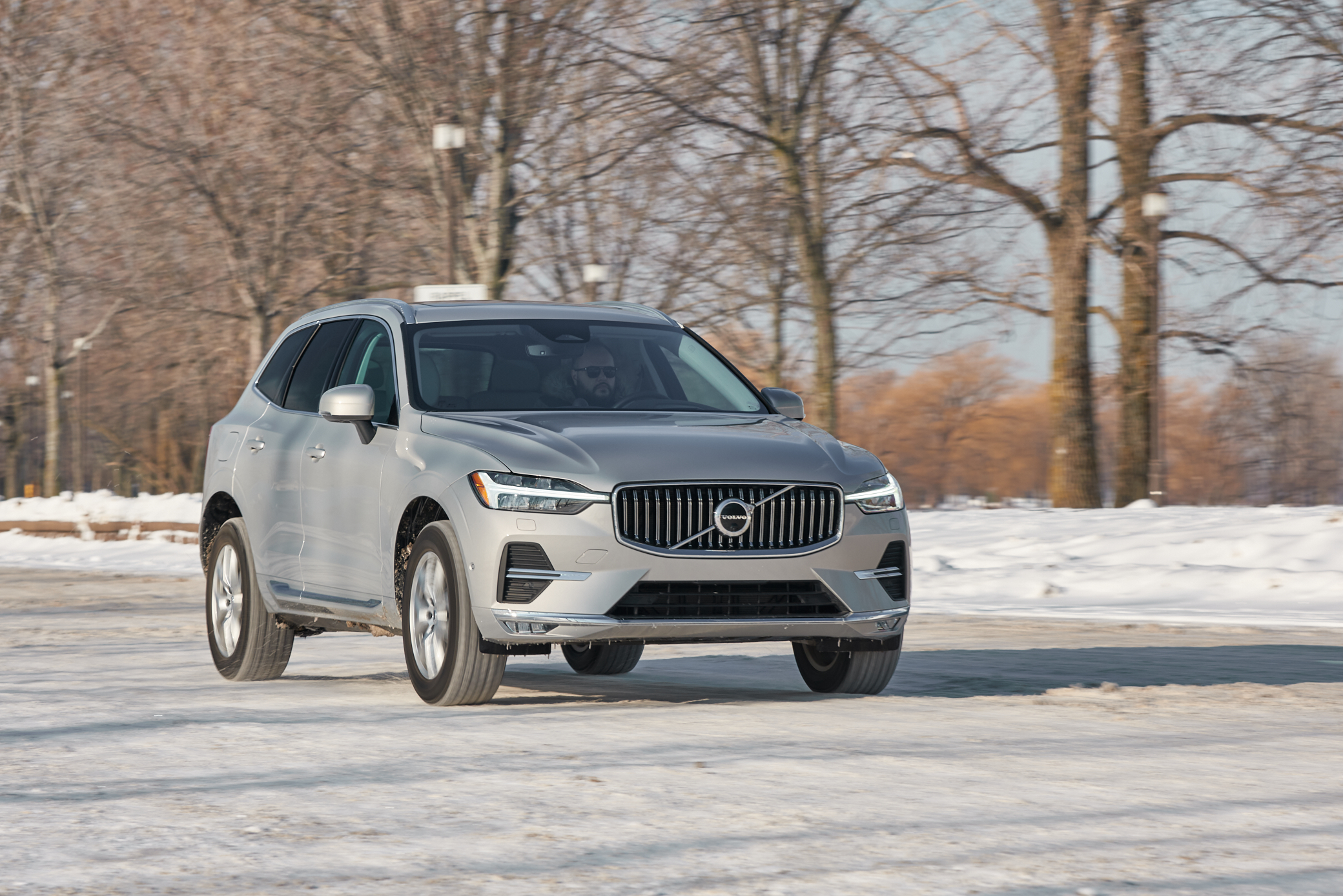 The 2022 Volvo XC60 B6 clearly illustrates this carmaker’s laid back attitude. While all of its European rivals focus on things like acceleration times, braking performance and driving dynamics, Volvo would rather have you sit back and comfortably enjoy the ride. It also goes through great lengths to make its products look and feel properly Swedish, even though the company’s roots are now deeply grounded within Chinese soil. Volvo says the B6 technology is the next step towards its carbon neutral strategy in the future. I took it out for spin to give it a try. 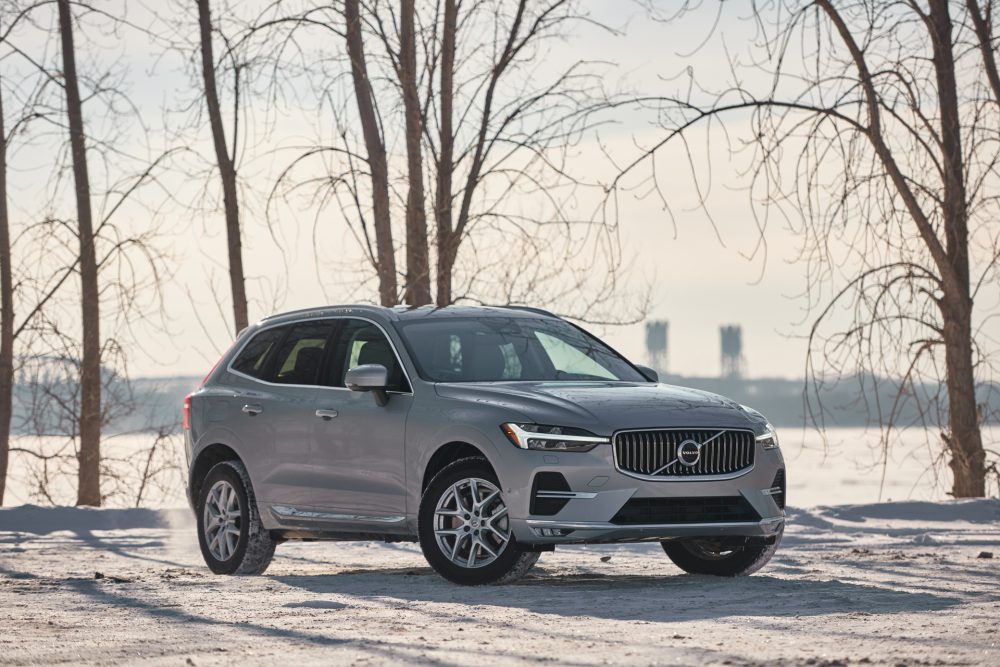 Ever since Volvo reinvented itself back in 2015 with the XC90 SUV, it’s been dishing out seriously beautiful products. That striking design language has since evolved onto Polestar, its recent all-electric division. The XC60 may be the most rational vehicle in Volvo’s lineup, and arguably the most boring one, yet it still looks absolutely magnificent from all angles. 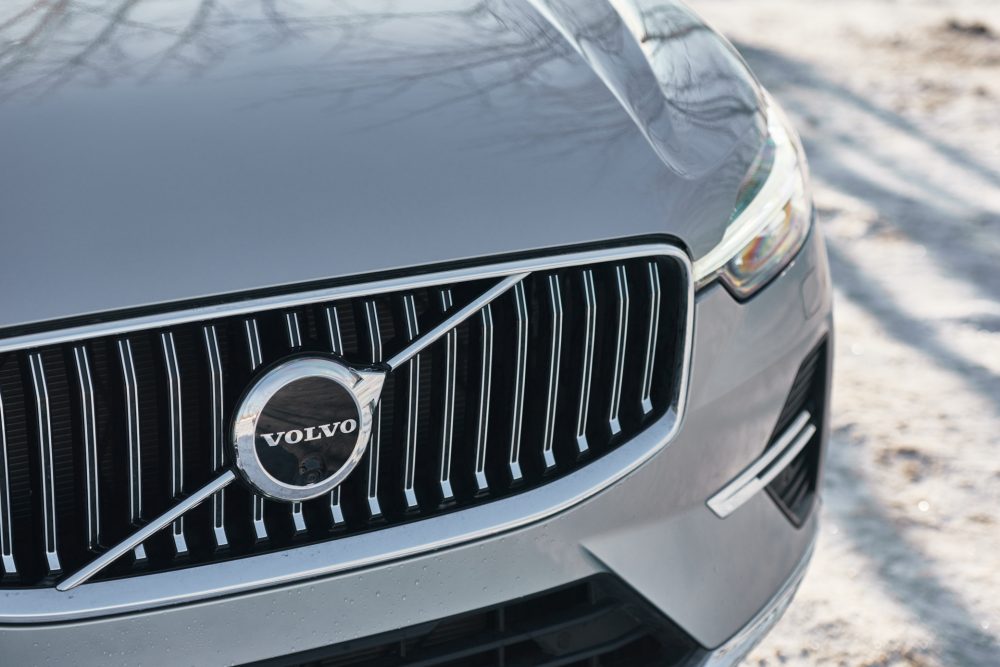 Only a trained eye will notice the facelift Volvo has applied to it this year. The front fascia was slightly massaged to look cleaner and even prettier. There’s a redesigned from bumper, as well as a new grille design. The iconic Thor’s Hammer LED headlights remain. So does the XC60’s tightly wrapped sheetmetal, with short overhangs, bulging hips and clean, unassuming lines. 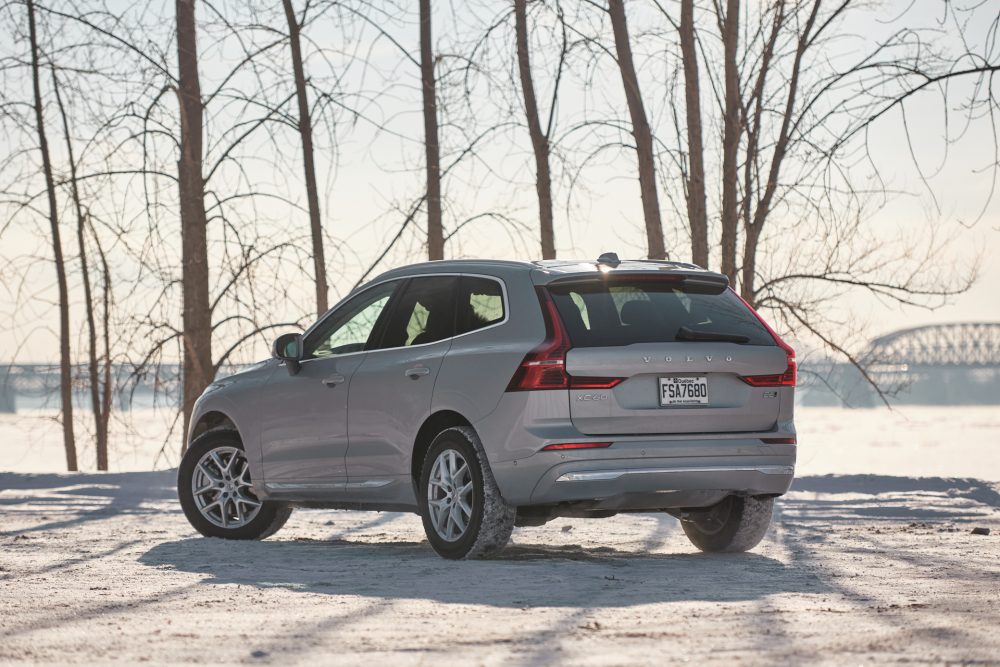 The B6 drivetrain is all-new this year, along with the smaller B5 variant. This is essentially the old T6 engine, that weird turbocharged and supercharged 2.0-liter four-cylinder. Volvo added a 48-volt mild hybrid system to it, as if it needed more complexity. The system acts as big start-stop unit when the vehicle comes to a halt. It also takes care of powering the accessories and filling in when the transmission shifts. The goal if is to lower emissions and improve fuel economy. 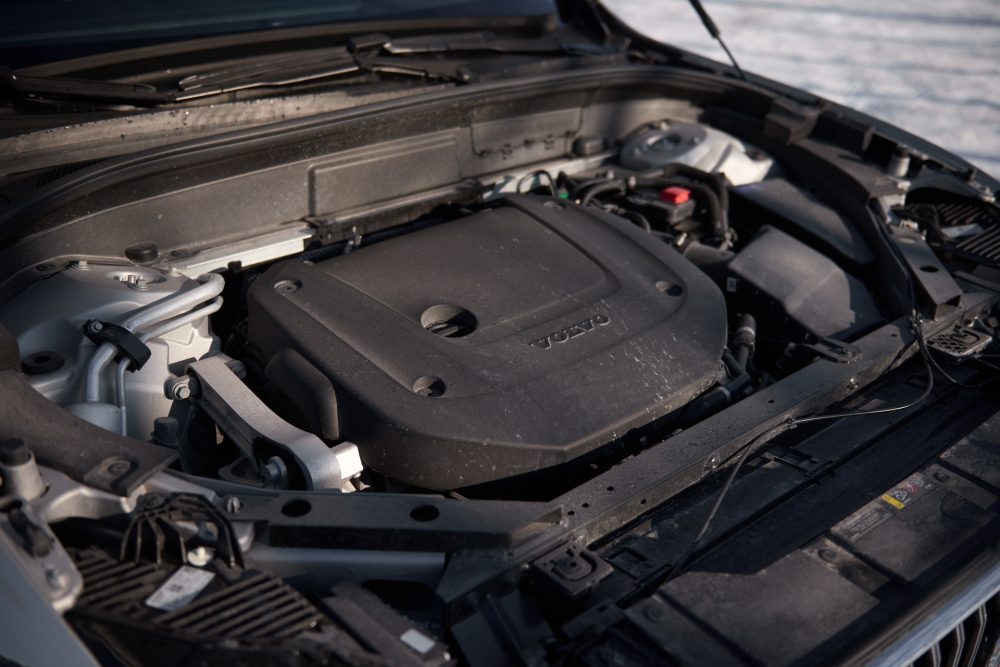 Thanks to this feature, Volvo was able to fiddle around with the drivetrain’s output. For instance, max horsepower is now rated at 295 versus 316, but comes on lower at 5,400 rpm instead of 5,700 rpm. Torque was then bumped to 310 lb-ft, up from 295, and kicking in 100 rpm sooner at 2,200 rpm. That drivetrain is still mated to an eight-speed automatic transmission. All XC60s sold in Canada come standard with all-wheel drive. 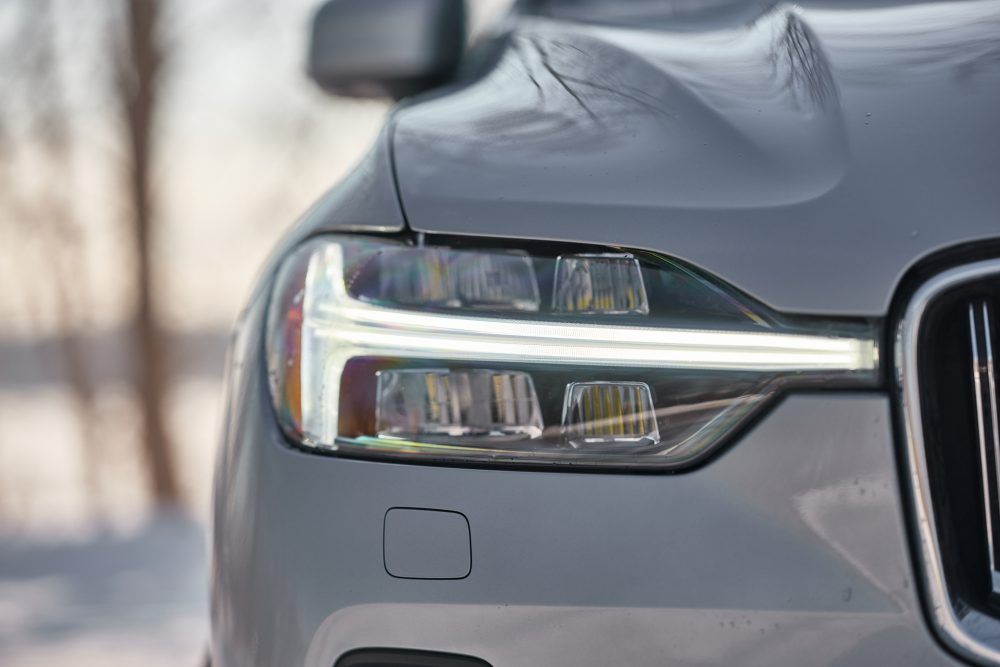 The model I was driving was an XC60 Inscription, the second of three available trim levels. It mostly puts the emphasis on luxury and comfort. It kicks off at $62 450. Of course, my XC60 was crammed with a shitload of options which elevated its final sticker price to a steep $77,665. 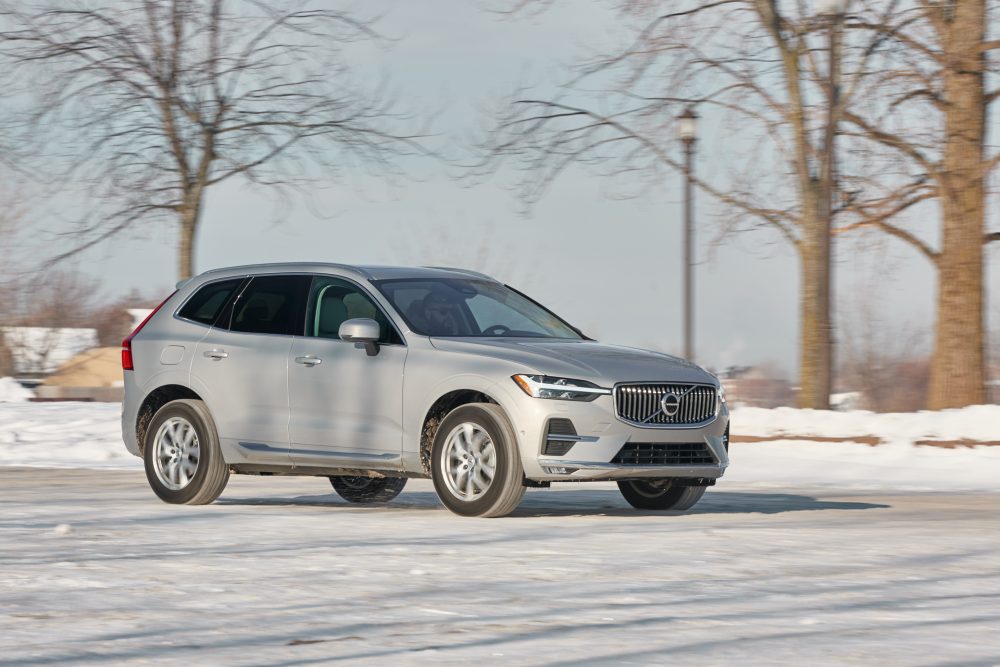 What’s interesting about the way Volvos put down their performance is that they are quick, but you’ll never feel it. It’s almost as if Volvo doesn’t necessarily wants you to go fast in its cars, because, you know, it’s been obsessed with vehicle safety for over half a century. Punch the accelerator pedal in the 2022 Volvo XC60 B6 and it quietly scoots forward without much drama. But if you look closely at the speedometer, you’re actually going pretty fast. 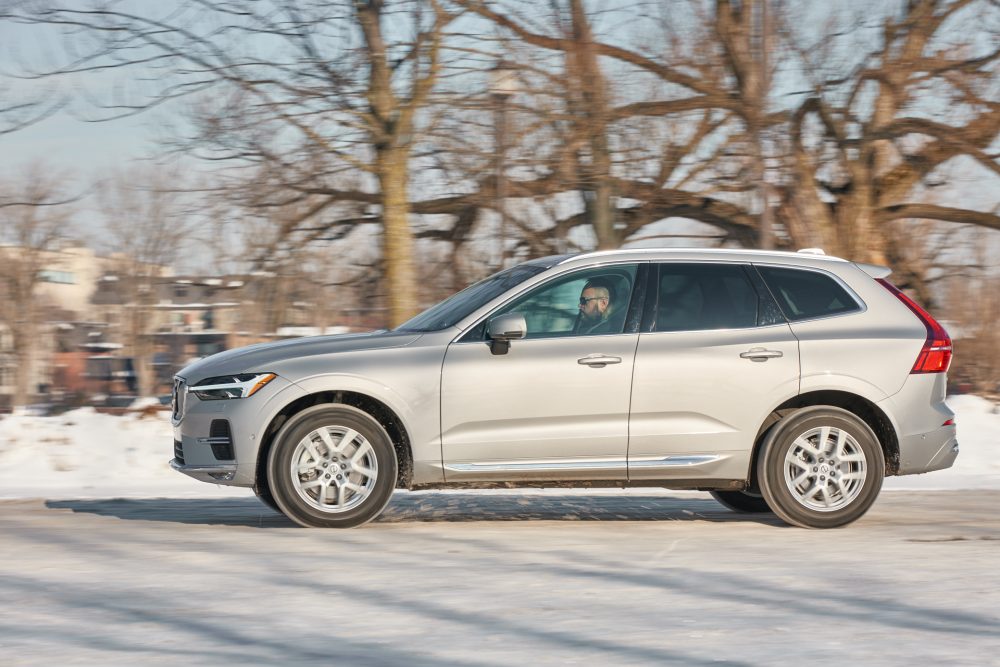 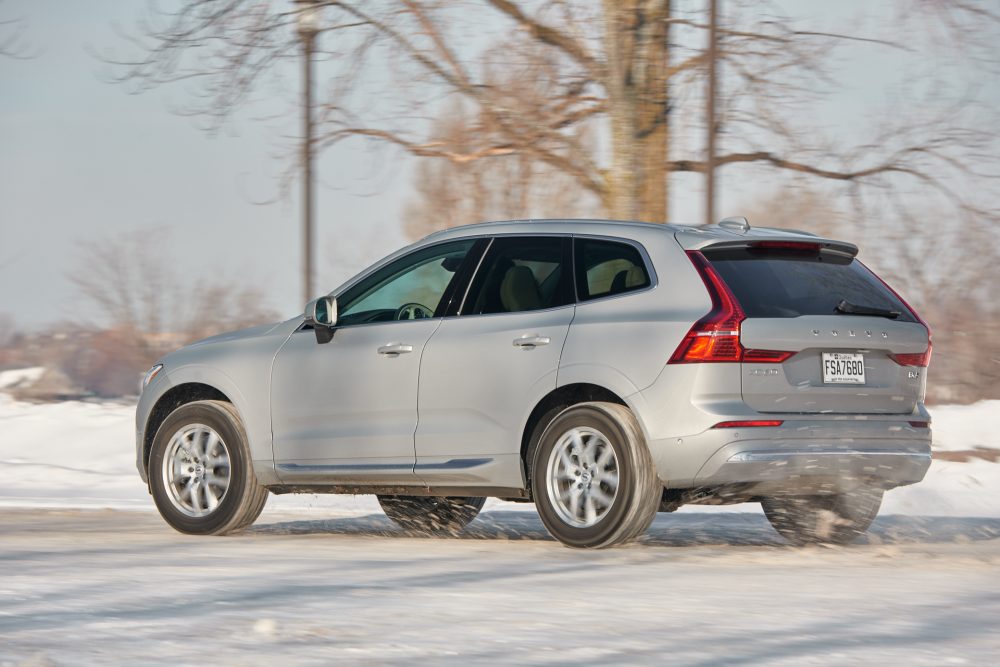 Handling is also impeccable and typically European in the sense that the suspension always way too stiff for our trash roads. But there’s an enjoyable compliance in the way the XC60 takes on a corner. It’s stable, nimble, and communicative? I mean, driving this thing quickly is never painful. It could use better brakes however. They just feel underpowered for the car’s size and weight. 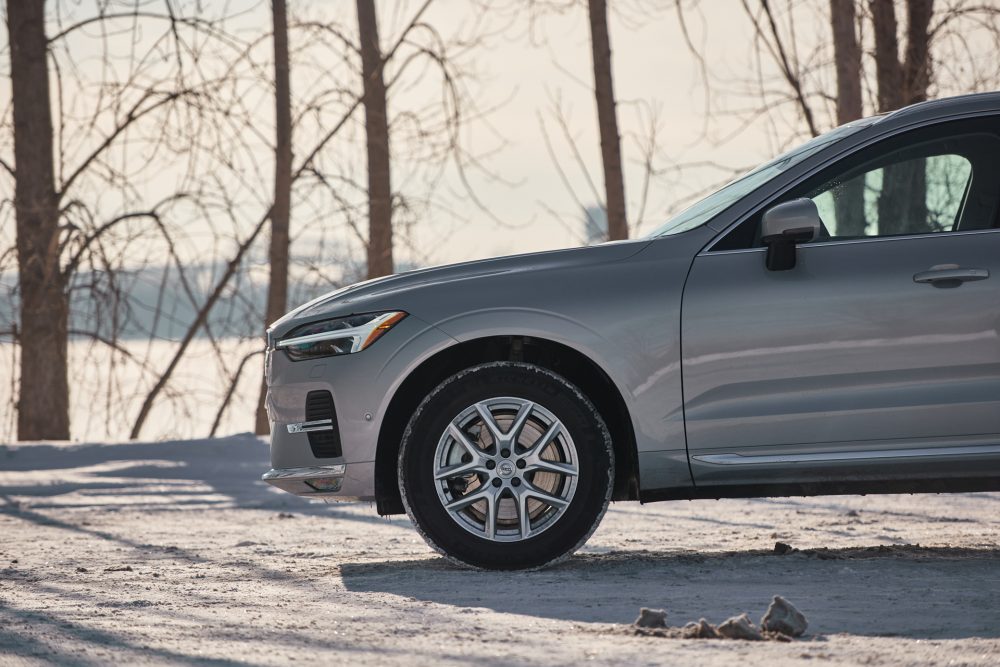 But perhaps the most important question is do you actually save fuel with the B6 drivetrain over its predecessor? I had the 2022 Volvo XC60 during a very cold winter week and, honestly, it didn’t perform any better or worse than the old T6. At -30 degrees Celsius, it averaged 10.6L/100 km. That’s good, but not necessarily better than before. 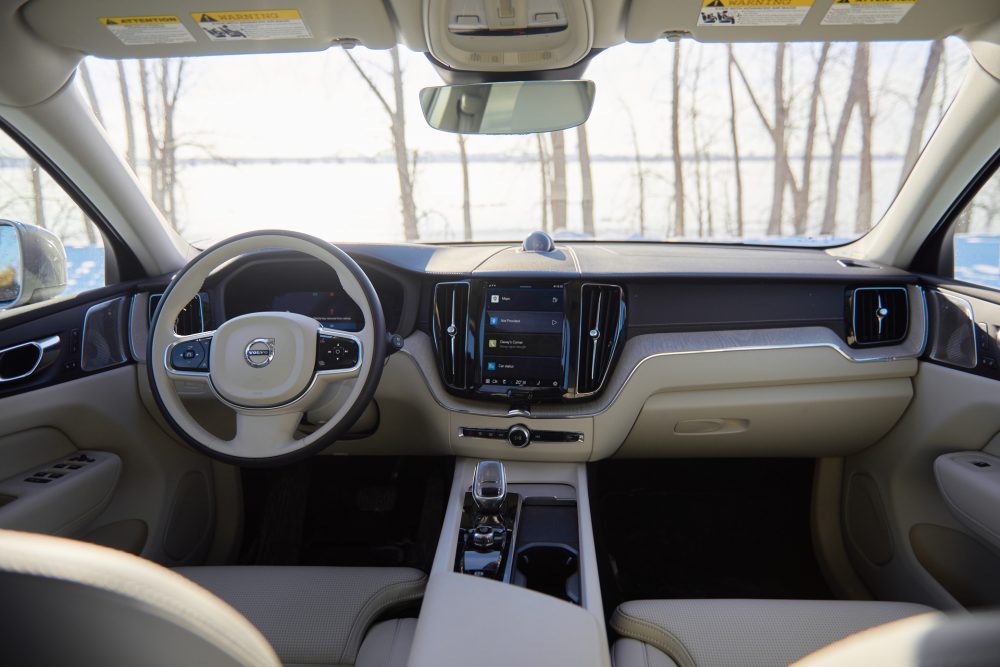 Where this Volvo truly distinguishes itself from its German opposition, is its absolutely serein interior with utmost comfort. My car had a wonderful white leather finish with wood trim, although I don’t recommend getting this if you have a dog or a young child. Volvo brought a few minor changes to the cabin this year, mostly to the all-digital gauge pod and the Google-powered infotainment system. These changes are in tune with the XC40 Recharge. Volvo also says it improved the car’s sensors, cameras and radars for improved semi-autonomous performance, but you guys know how much I don’t give a fuck about that stuff. 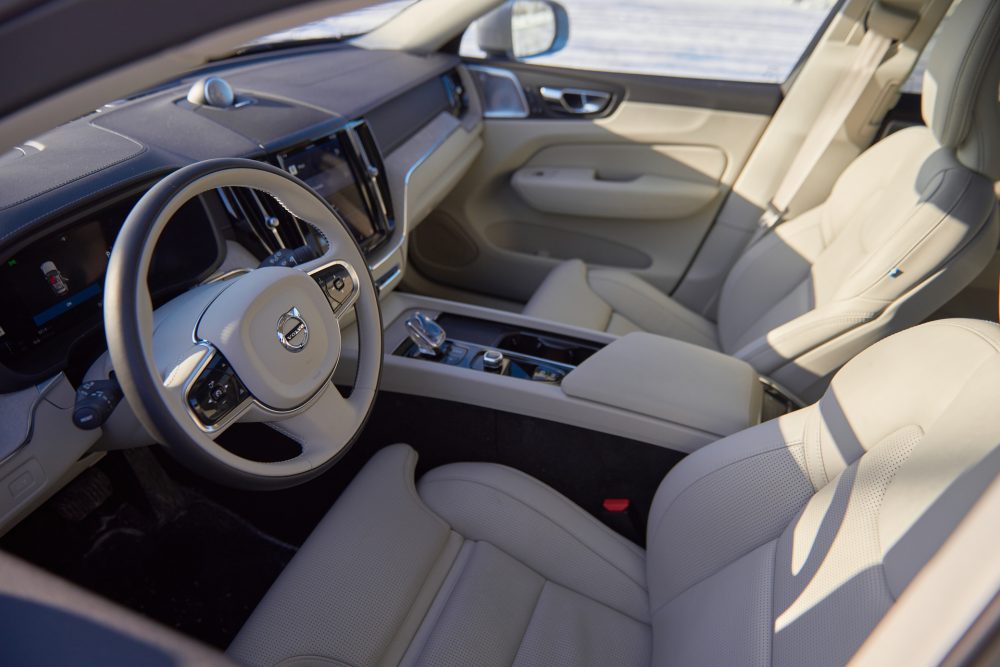 The XC60’s cabin is attractive, well put together, loaded with quality materials and ergonomically brilliant. Volvo carries on with steering wheel controls that are a breeze to comprehend, even if they include not a single letter. The instrument cluster is clean, simple and the information is easy to grasp. I absolutely adored the massaging seat feature as I bathed in the exquisite sounds of the Bowers & Wilkins premium audio system. 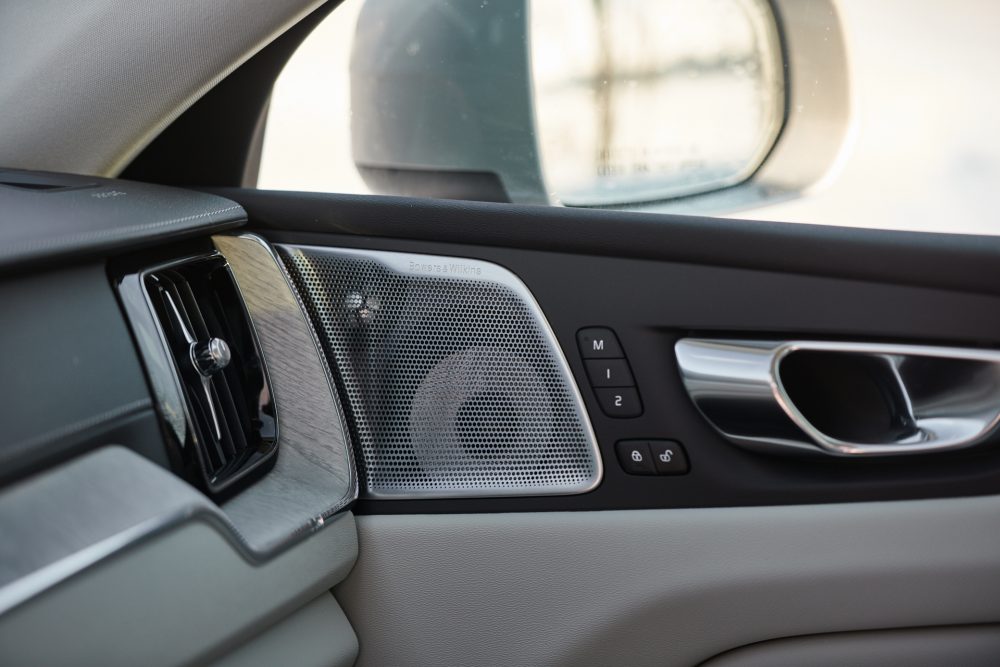 Ironically, the XC60’s infotainment system isn’t as well executed. Its main problem is that Volvo still houses all the climate control and heated seats/steering wheel controls in it. When wearing a pair of gloves during a cold morning start, that quickly becomes annoying. The system itself also has this frustrating tendency of hiding menus for display purity. It’s just annoying. 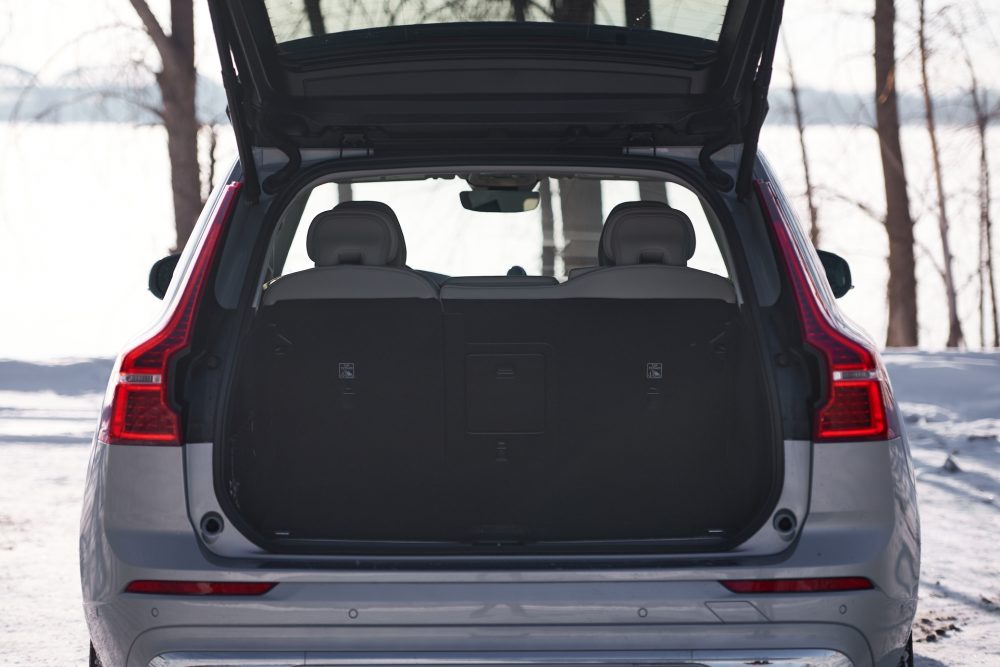 From a utility standpoint, Volvo’s compact SUV ranks up there among the best, with a spacious rear seat area and a decent cargo hold as well. Maximum cargo space (with both seatbacks folded flat) is rated at 1,783 litres. This allows the XC60 to be more practical than an Audi Q5 (1,503 litres) and a BMW X3 (1,775 litres). 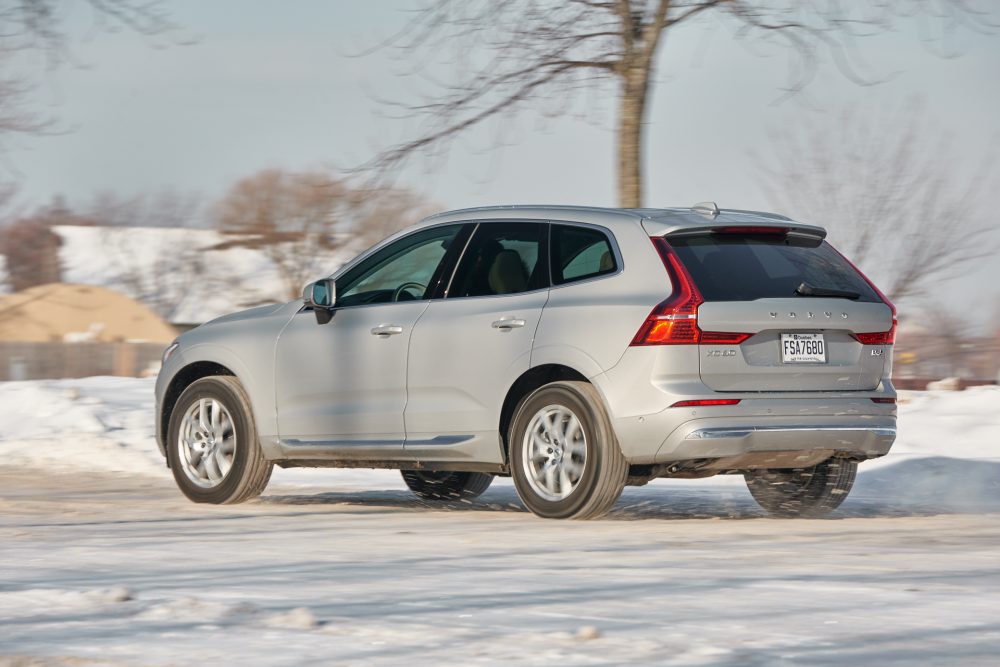 The 2022 Volvo XC60 B6 is a beautifully styled, well built and efficient luxury SUV that prefers to dance to the beat of a different drum. If you’re looking for something premium in the compact space, but want to distinguish yourself from the usual Audi, BMW and Mercedes-Benz offerings, then you’re most probably going to like the XC60 for what it is. It’s weird and quirky in the good ways I expected a Volvo to be, while being highly smooth and comfortable all the time. Just make sure to get rid of it when the warranty expires, because that drivetrain will cost you an arm and a leg when it fails.