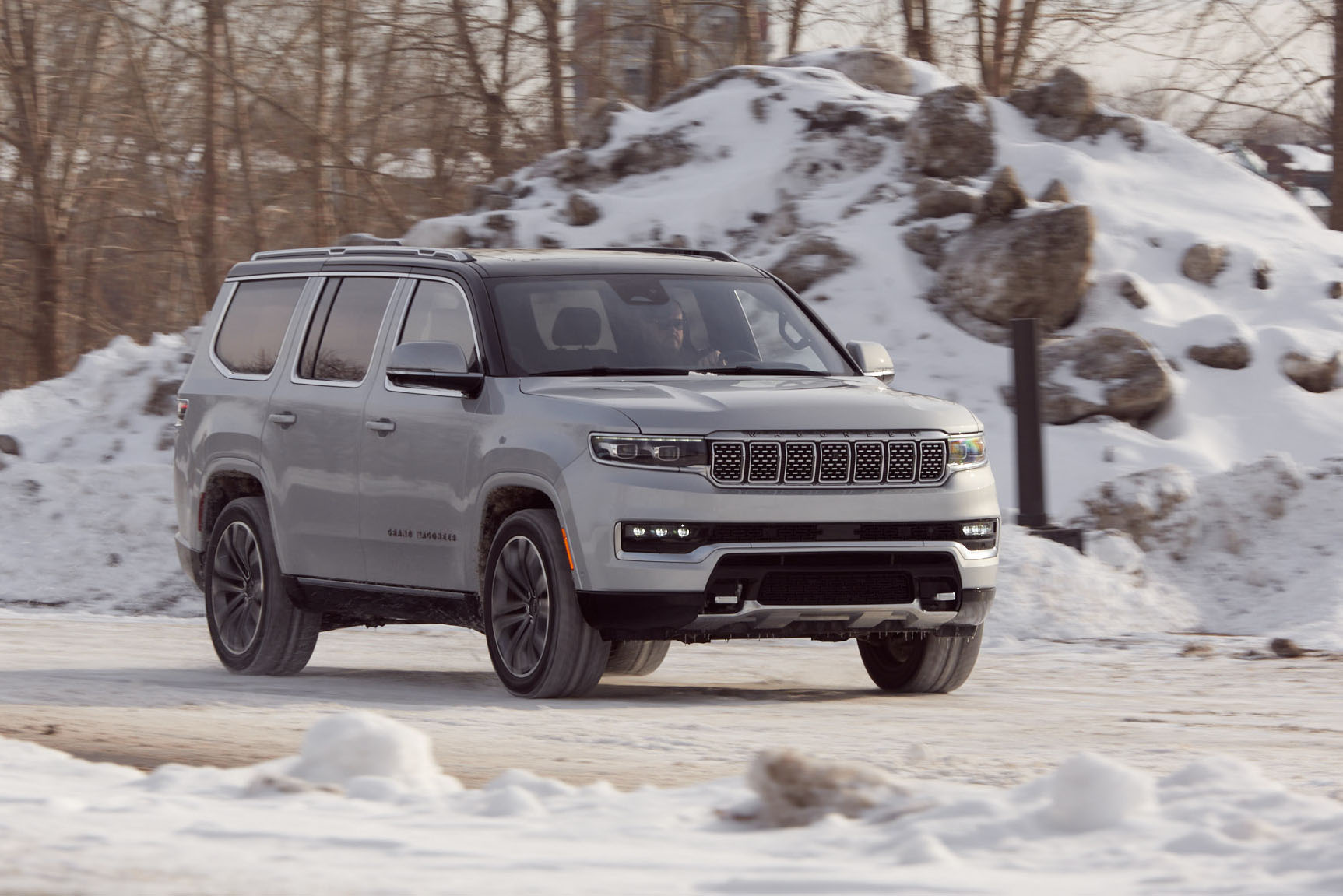 If you’re wondering why the 2022 Jeep Grand Wagoneer even exists in this day and age, well that’s because one; North-American consumers are addicted to SUVs, and two, Stellantis needed a weapon to take on GM and Ford. Like it or not, full-size body on frame SUVs – the kind of stuff Chevrolet, GMC, Cadillac, Ford, Lincoln and even Toyota sell at the moment – record massive profit margins for their respective carmakers. And the Grand Wagoneer is no different. 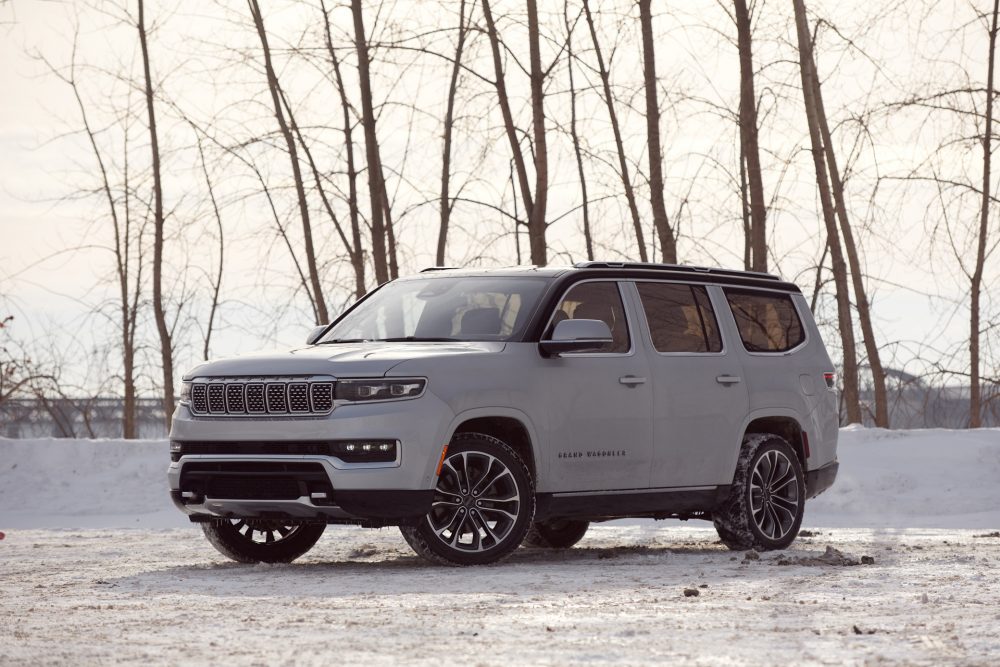 Jeep has been trying to bring back the Wagoneer name for quite some time. Each time the project was put on the table, something would come up, things like an economic meltdown in 2009, or Chrysler filing for bankruptcy. The original idea was to create some form of long wheelbase Grand Cherokee. But that eventually became the new Grand Cherokee L. Jeep bosses figured that if the 2022 Jeep Grand Wagoneer were to be taken seriously, it had to have a full body on frame setup like a Chevrolet Tahoe, a GMC Yukon and a Cadillac Escalade. 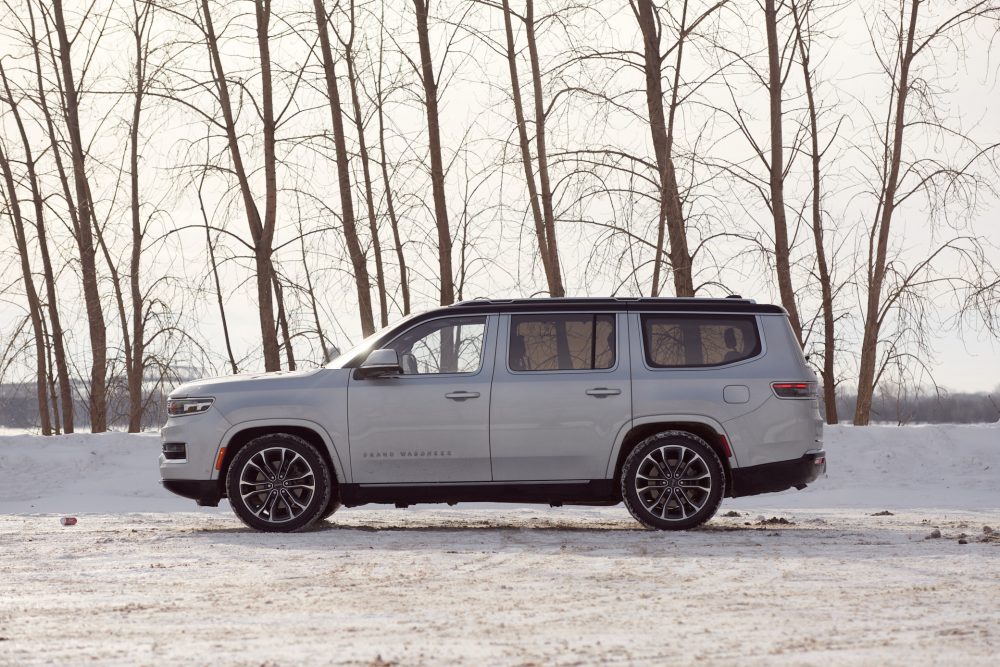 It’s therefore based on a modified Ram 1500 chassis, and utilizes several of that truck’s mechanicals, but also innovates in its own right. For instance, it gets an independent rear suspension, adjustable air suspension and Jeep’s famed Quadra-Drive II 4WD system, complete with a two-speed transfer case and a rear limited slip differential. 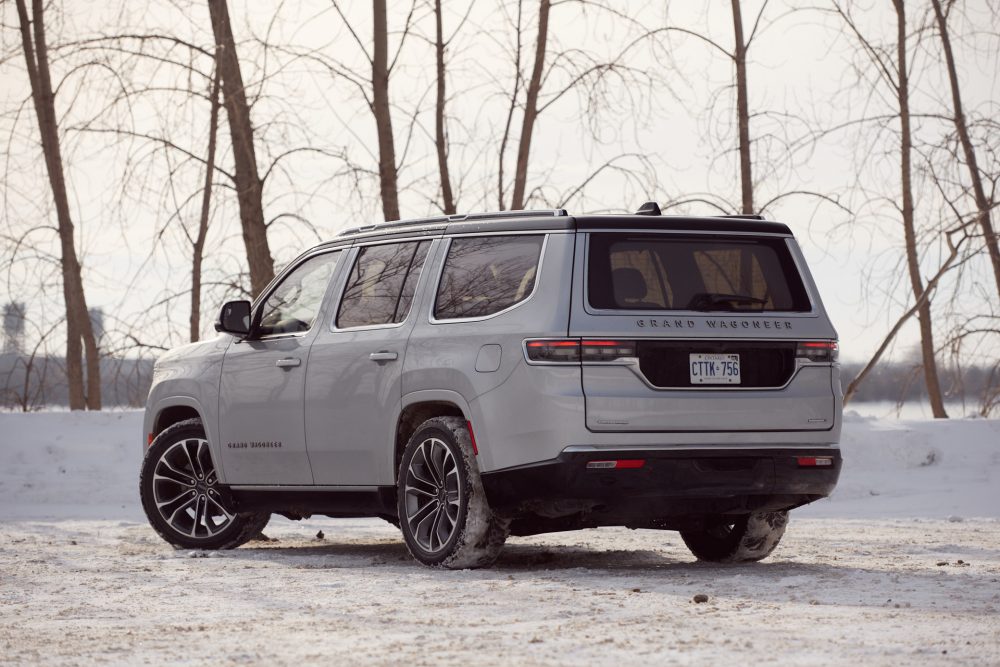 The Grand Wagoneer you see here is the luxury version, which aims at taking on the Cadillac Escalade and the Lincoln Navigator, but also the Infiniti QX80 and the Lexus LX. The Jeep Wagoneer, on the other hand, is a more mainstream model. That one competes against the Chevy Tahoe/Suburban, GMC Yukon, Ford Expedition, Toyota Sequoia and Nissan Armada. As I write this, there’s only one wheelbase available, but Jeep is apparently preparing a longer model. As it sits, the Grand Wagoneer is longer than all its rivals. 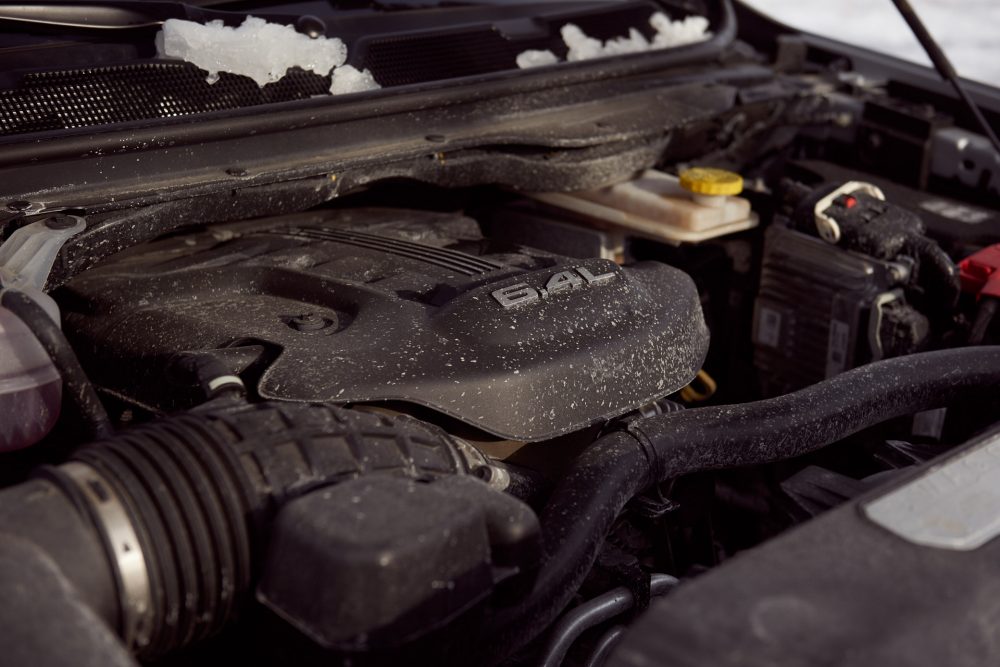 While the Wagoneer can be had with a 5.7-liter V8 HEMI engine, the Grand Wagoneer’s sole powertrain option is a 6.4-liter unit, essentially the same engine that powers Dodge’s muscle cars like the Challenger 392. Power in the Wagoneer is rated at 471 horsepower and 455 lb-ft of torque. That engine is mated to an eight-speed automatic transmission, yielding a 9,850-lb towing rating. And that’s it. There’s no V6 turbo option, no hybrid, no diesel. Just a big lump of a V8. In 2022, that’s incredible. 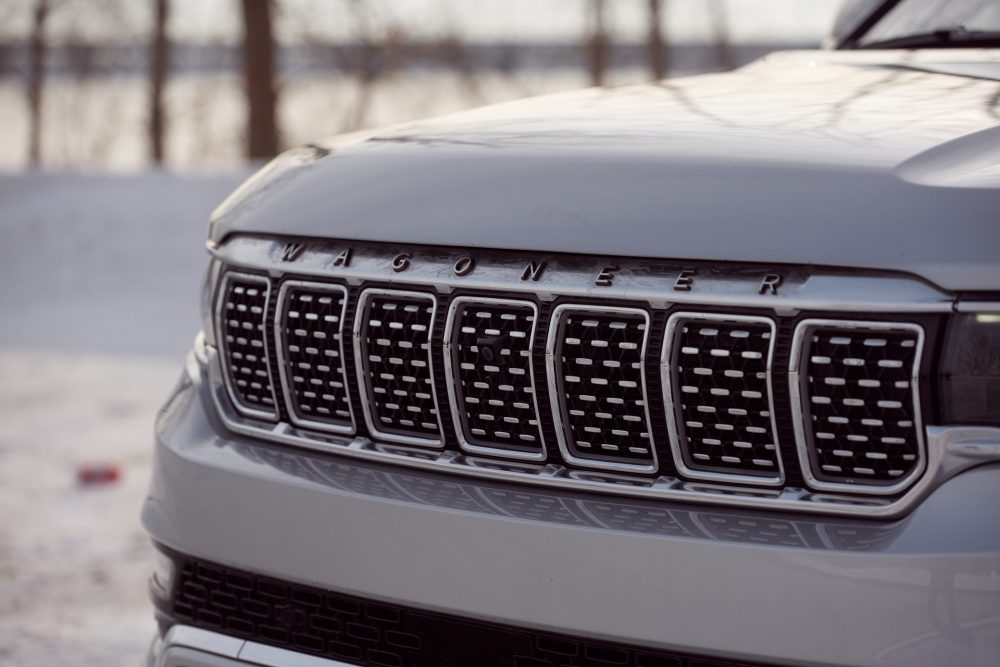 Pricing is where things become even more bonkers. There’s absolutely no apology with the Grand Wagoneer as Stellantis needs to make as much money as it can on that old Ram platform. Starting price is therefore set a healthy $101,495. The one I was driving was a top of the line Series III model, which kicks off at $121,495 before options. How’s that for a fat profit margin? 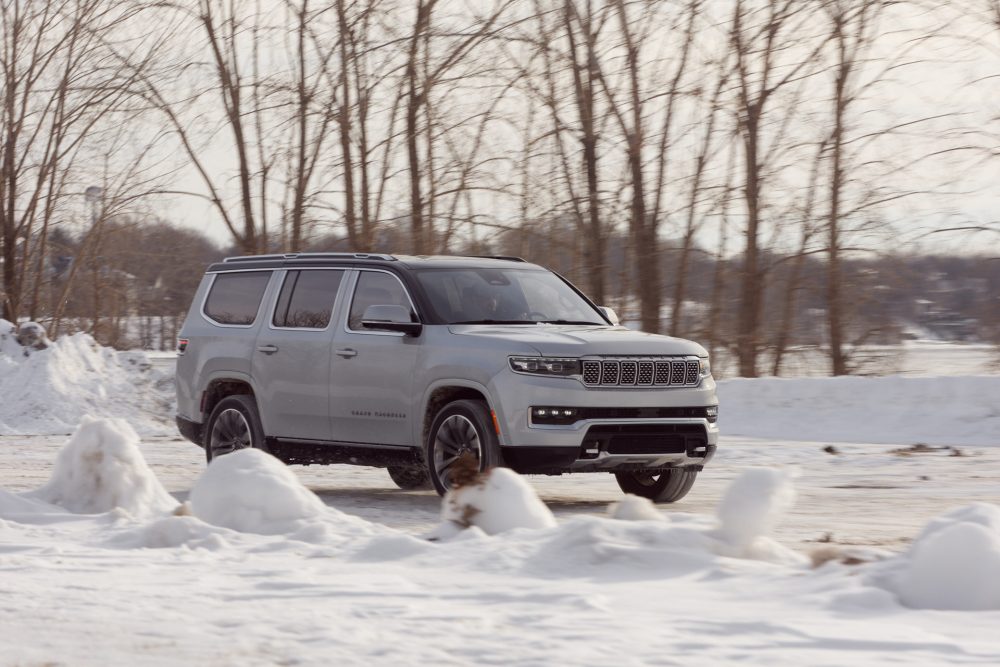 I tell you, as a first attempt in the segment, the 2022 Jeep Grand Wagoneer gets many things right. For starters, it rides butter smooth on uneven surfaces thanks to that suspension setup. Sure, you sense that it’s body on frame from the way it shakes and wobbles at times, but it’s always immensely controlled. But I still find GM’s big boys offer a more compliant ride. 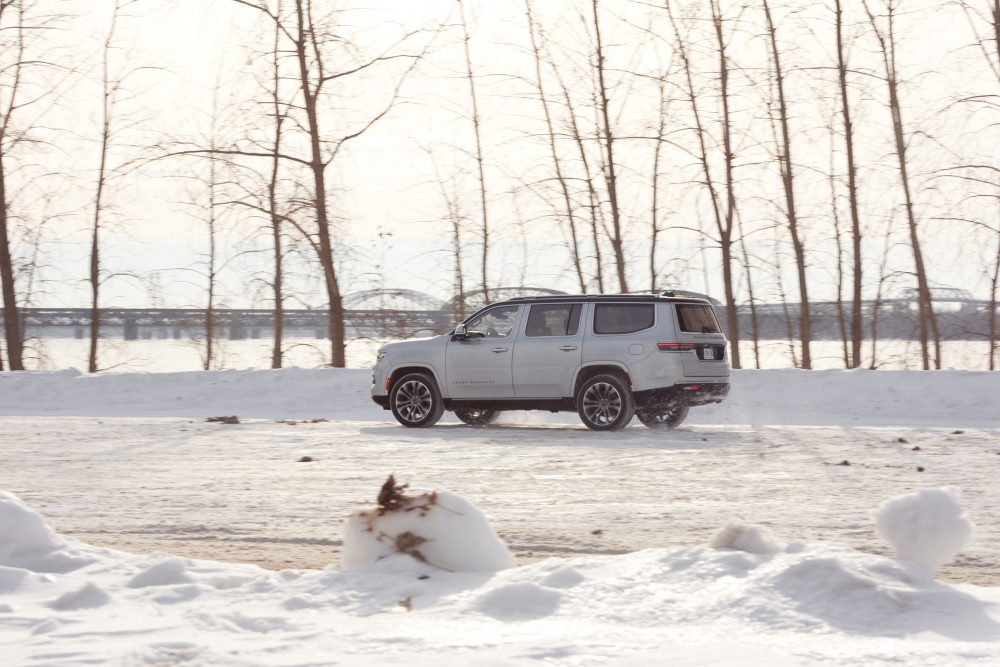 Power is where the Grand Wagoneer really sets itself apart from the competition. While the entire rig weighs in at a lofty 6,400 pounds, it never feels like it when you smash the accelerator pedal. The Grand Wagoneer picks itself up and jolts forward as if it was a hot hatchback. That HEMI engine pulls strong, emits a beautiful soundtrack and always remains smooth throughout the redline. 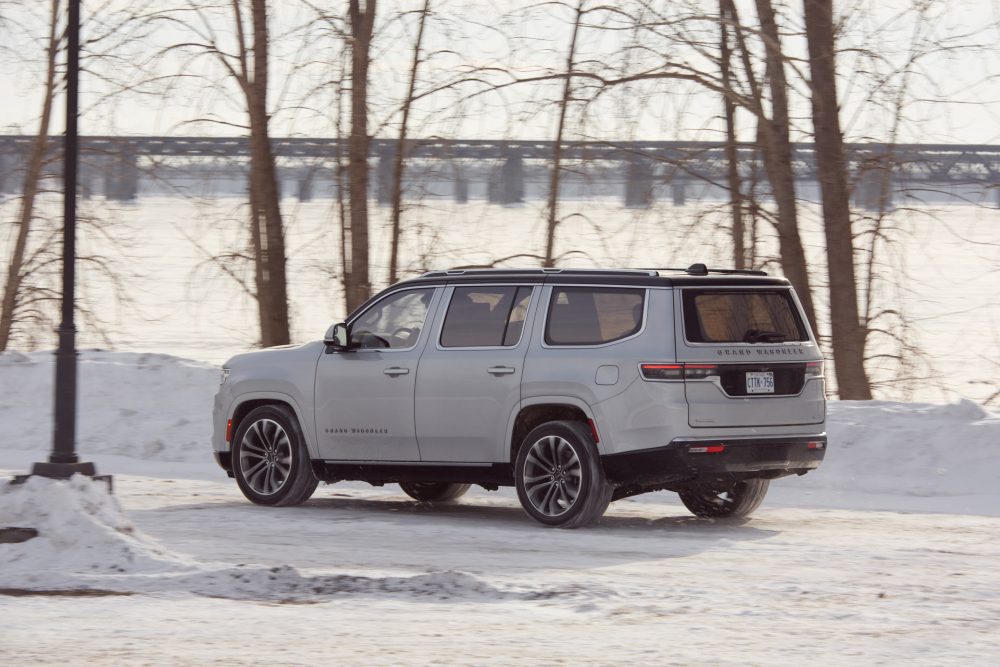 It’s a heck of a lot of fun to repeat, but watch out for that fuel gauge. I could barely get my fuel consumption under the 17L/100 km mark. With gas prices constantly rising these days, driving the Grand Wagoneer quickly became more frustrating than fun. 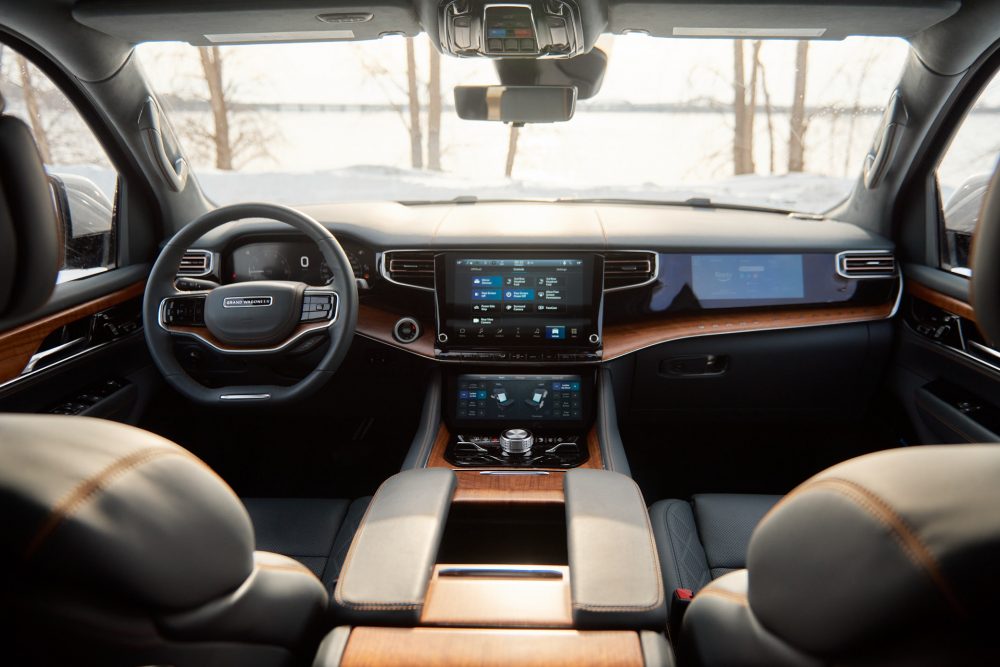 While the Grand Wagoneer’s mechanicals aren’t all that sophisticated, it’s inside that it really raises the bar. Like all its rivals, it boasts a highly luxurious interior with a full plethora of creature comforts and, of course, a shitload of screens. There are seven in total, ranging from smaller displays for climate control settings, to full on TVs out the rear that can stream Netflix or Amazon Prime. 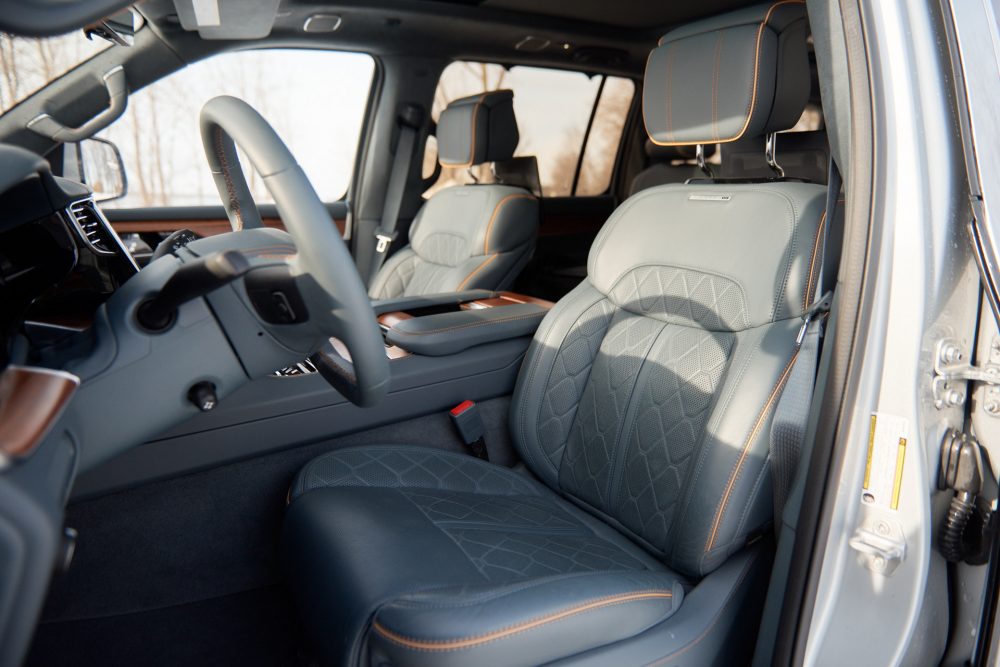 There are over 13 USB ports in a Grand Wagoneer. The rear entertainment setups have HDMI ports to connect a game console. And the front seats have a full range of massaging features. And yes, that’s another screen on the passenger side where the airbag would normally be. 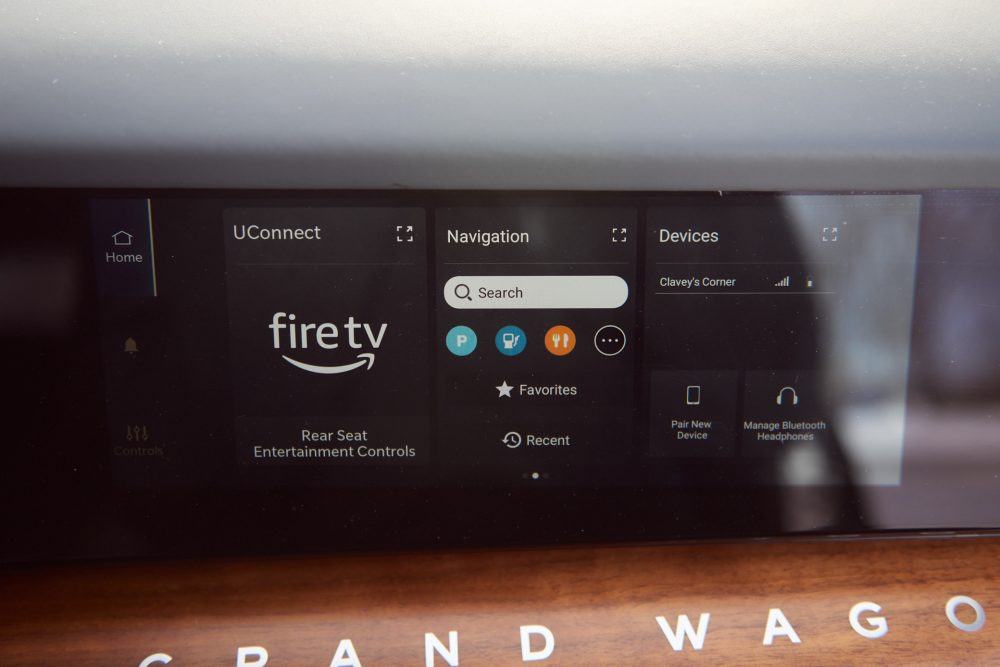 Many have complained that the new Grand Wagoneer doesn’t come with exterior wood panels, but rest assured, this Jeep’s cabin has it all over the place. Wood, along with brushed aluminum and gloss black plastics dominate the cabin. It all looks and feels upscale. Plus, my tester had a neat light blue leather finish, with a soft velour-like texture on the headliner. It literally felt like I was driving a gigantic living room on wheels. 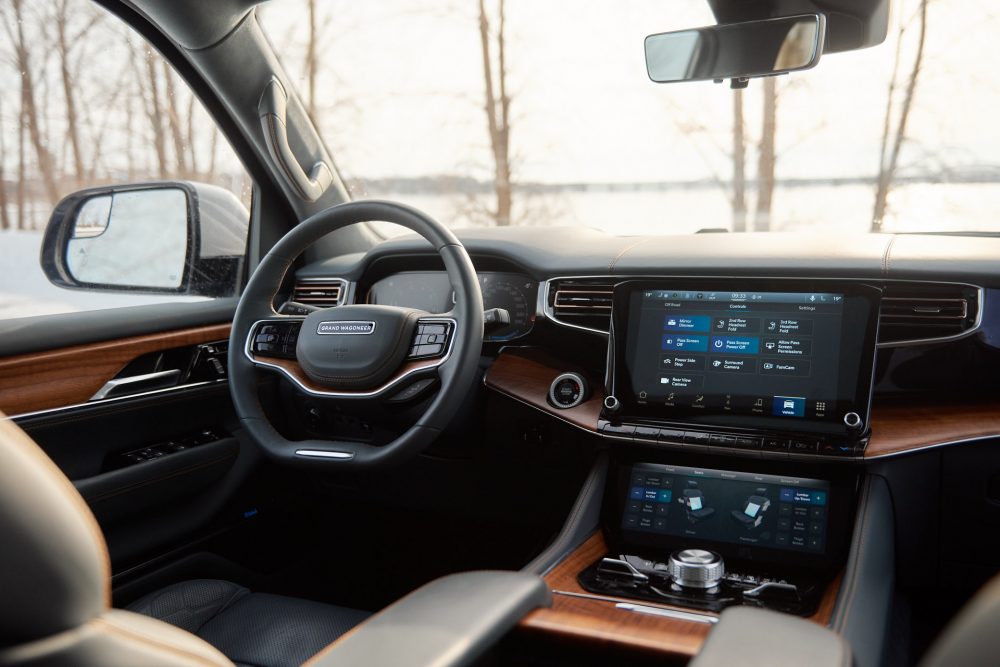 Rear seat room in a Grand Wagoneer is good, but those captain chairs aren’t as spacious as what you’ll get in an Escalade. One needs to recline them to find a comfortable position and not kiss one of the screens. It’s the same story back in the third row. While massive, the Grand Wagoneer doesn’t quite match GM’s exploitation of interior space. 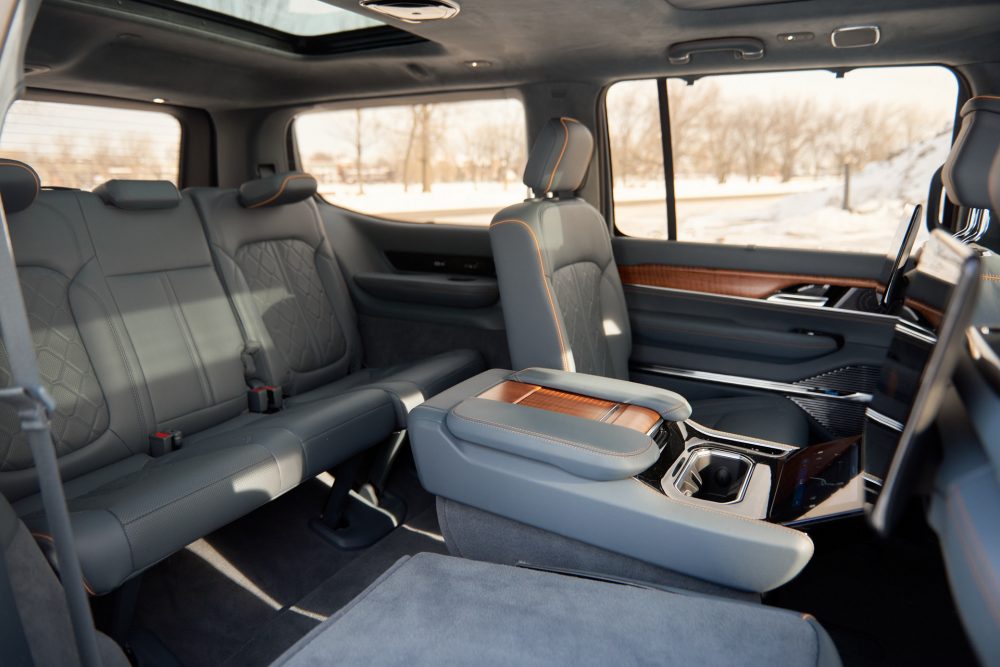 Fold all seatbacks down in a Grand Wagoneer, and you end up with 2,662 liters of total cargo space. That’s huge! But an Escalade walks all over it with 3,426 liters. And that’s not even the longer Escalade ESV! 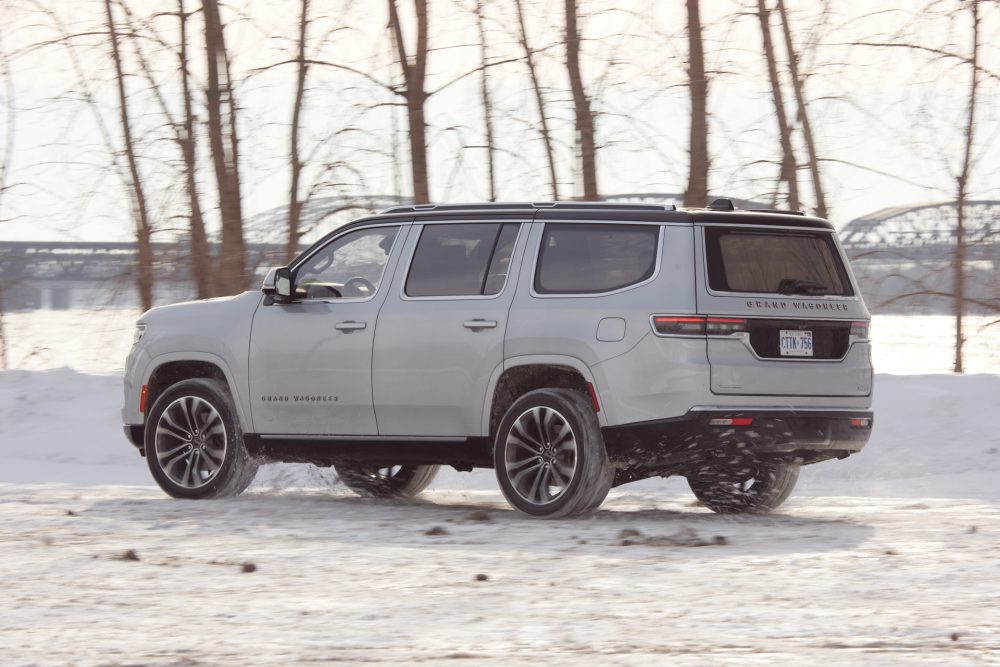 It’s still too early to determine of the 2022 Jeep Grand Wagoneer will be as popular as GM and Ford’s large SUVs, but it definitely presses all the right buttons to satisfy consumers shopping for this type of vehicle. The Grand Wagoneer is large, powerful, will out tow anything in its class and it’s as comfortable as a La-Z-Boy armchair. All it’s missing is some for of electrification for it to truly shine and – ahem – not cost an arm and a leg to run. Luckily, Jeep tells us a plug-in hybrid version is on its way. Let’s hope for Jeep that GM doesn’t beat it to the finish line with a fully electric Escalade.