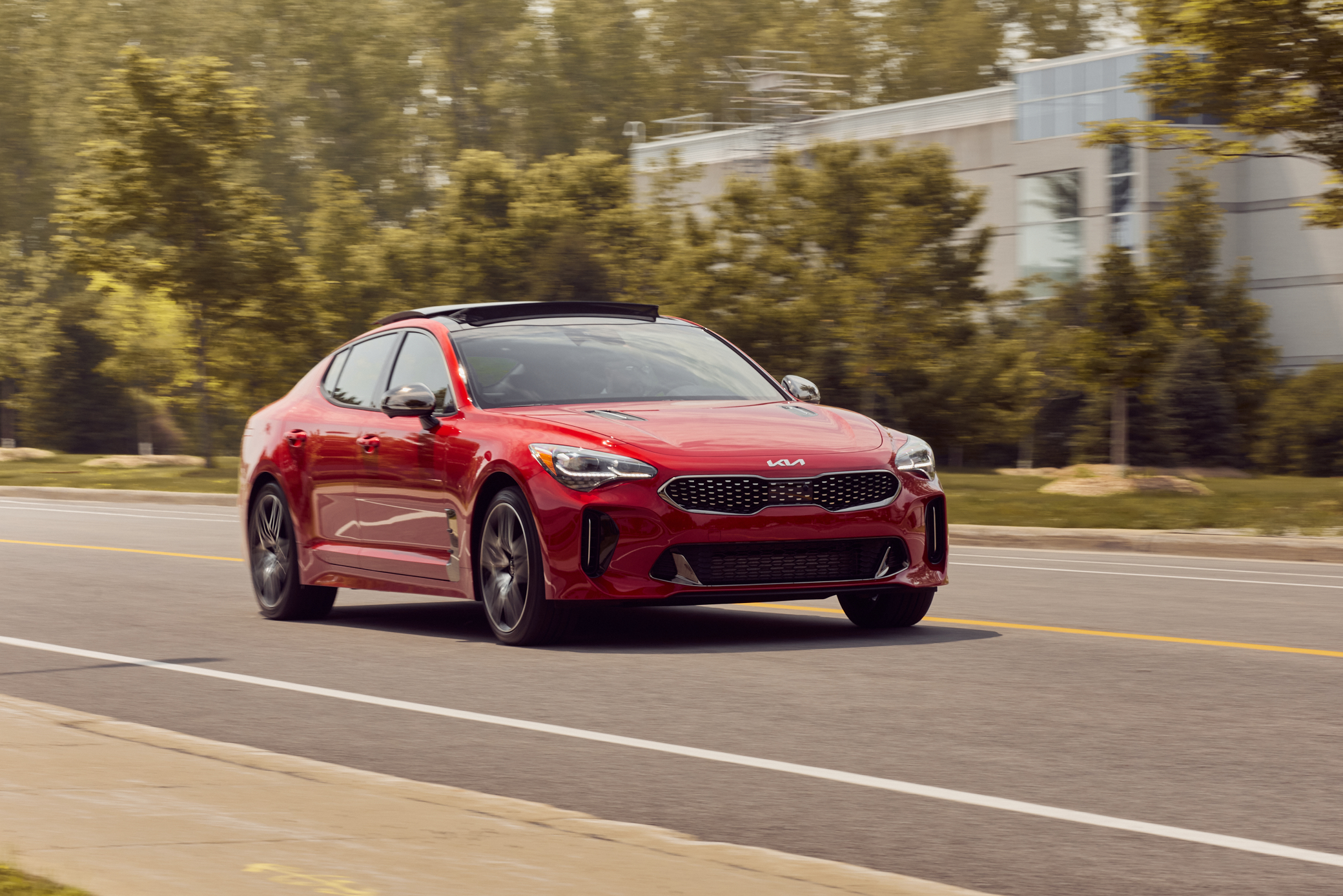 The 2022 Kia Stinger, just like its corporate cousin, the 2022 Genesis G70, just got a significant update. The fact that these two cars are currently sitting side by side on this website’s main page is simply a coincidence. But contrary to the G70, 2022 is the Stinger’s final run. Say goodbye to what is arguably the most underrated sport sedan currently on sale. 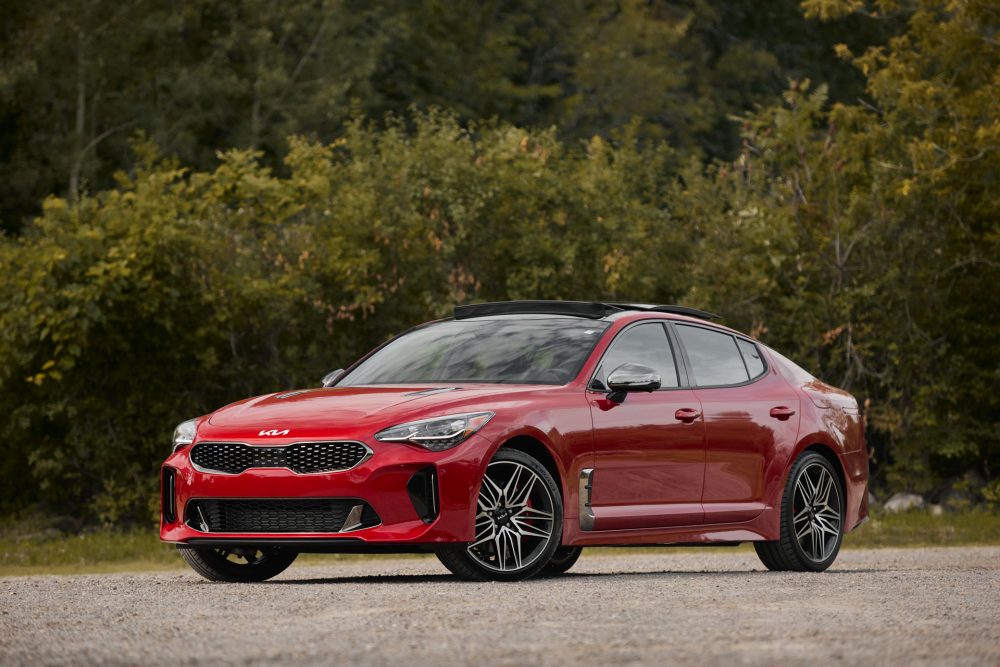 If you’re familiar with this blog, you know how much I love the Kia Stinger in all its forms, including the entry level four-cylinder GT Line model which was only sold here in Canada for one model year. The Stinger is just one of those underdog sport sedans that people don’t want to buy because of the badge, but that ends up being one of the best performance bargains your hard-earned dollar will get you. It’s so good, that it makes more mainstream sedans look a little ridiculous. The Stinger is better put together and more fun to drive than a Volkswagen Arteon, and it’ll rip a new one to the all-new Acura TLX Type S, all for about $10,000 less. 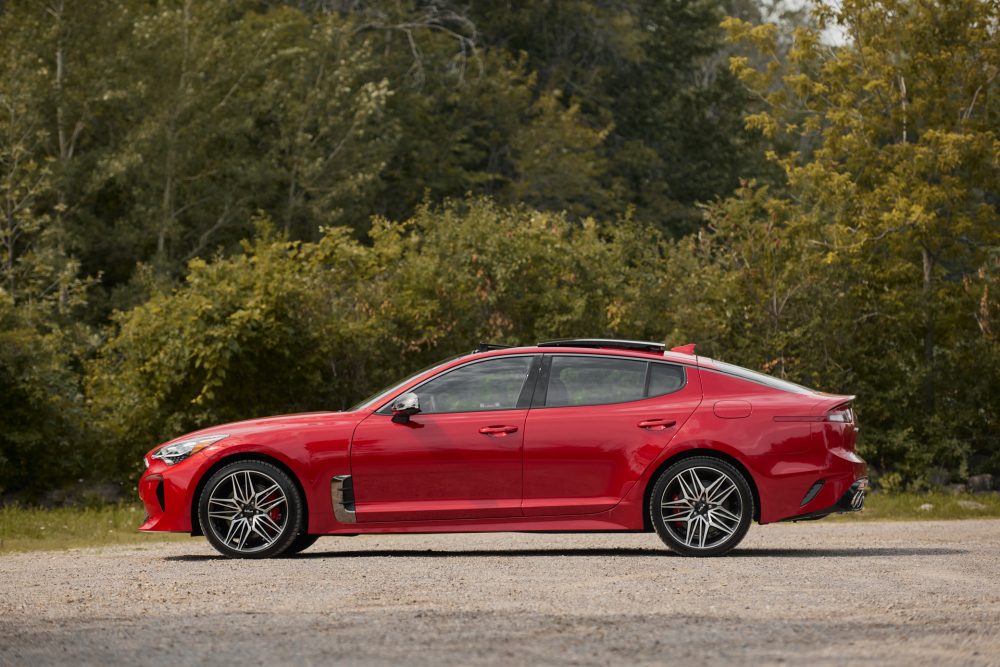 And it still looks nice and fresh too, still appearing like a concept car for the road and ageing so well. The facelift brings with it even more goodness in the form of new front and rear fascias, new wheels, new paint colors and larger exhaust tips. There are some updates inside as well, like more upscale materials, updated color combinations, a new steering wheel with Kia’s new corporate logo (which can also be spotted on the car’s snout and trunk), and an updated infotainment system. 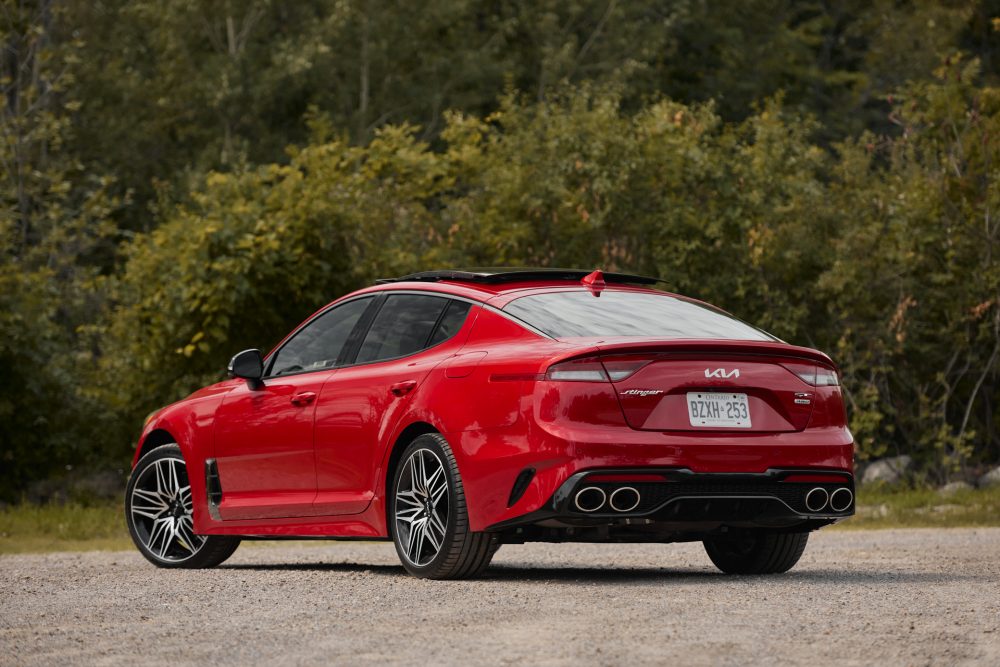 Power still comes from the same twin-turbocharged 3.3-liter V6 as in the G70, but with slightly updated figures courtesy of a new active performance exhaust. Horsepower goes from 365 to 368, while torque remains unchanged at 375 lb-ft. The eight-speed automatic transmission carries on unchanged as well, and so does the standard all-wheel drive system. But there is a new active rear differential with a drift mode feature. 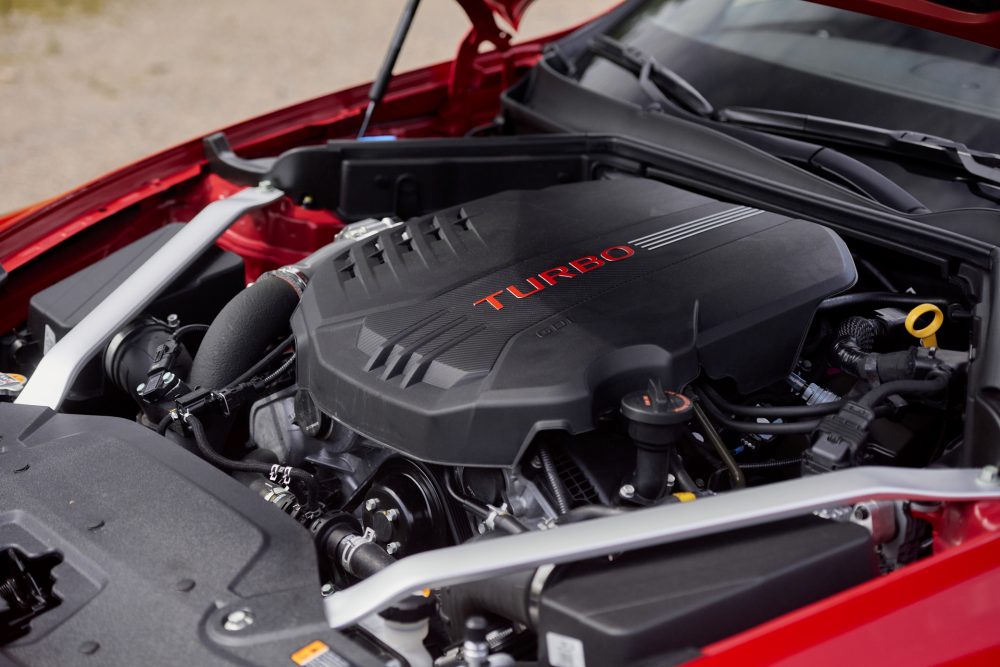 Kia also reshuffled the trim hierarchy here in Canada so that all Stingers can be GT models. All cars come standard with Brembo brakes, while the GT Elite adds a rear limited slip differential with drift mode. We no longer get the four-cylinder variant, but other markets, like the US, get an updated 2.5-liter unit. 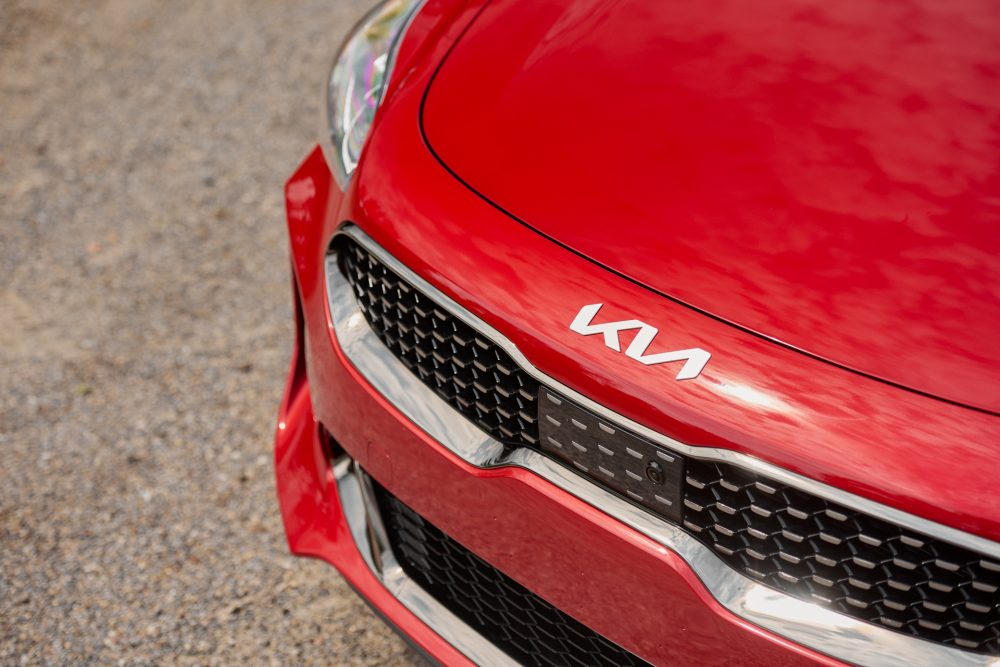 The 2022 Kia Stinger is still one hell of a bargain too. There are only three trim levels to choose from: GT Limited, GT Elite and GT Elite with suede, which is the one you see here. Pricing ranges between $52,460 and $55,260 for a fully spec’d example like the one I was driving. That’s considerably less expensive than anything the Germans will sell you, and uncomfortably close to the G70’s pricing as well. This probably explains why the Hyundai group has decided to axe the Stinger by the end of next year. 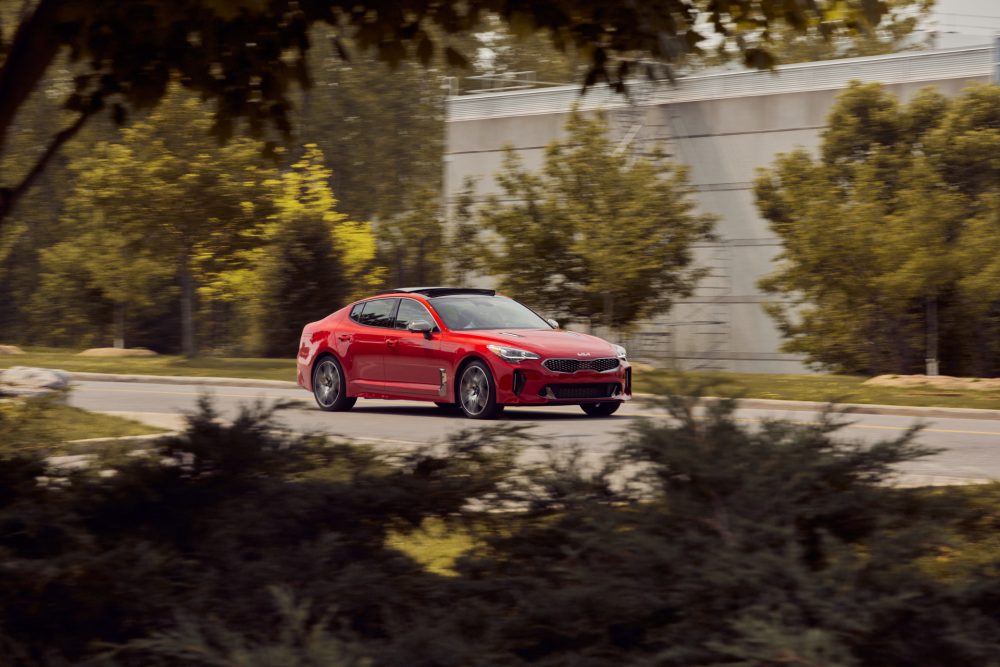 On top of being satisfyingly quick off the line, the 2022 Kia Stinger GT is an ace at being a daily driveable sedan. While yes, it’s true that it’s mechanically identical to a G70, the Stinger is a longer car, with a heavier rear end due to the rear hatch. Its suspension is also tuned for grand touring, versus canyon carving, which means it’s not as athletic around tight bends as its corporate cousin. 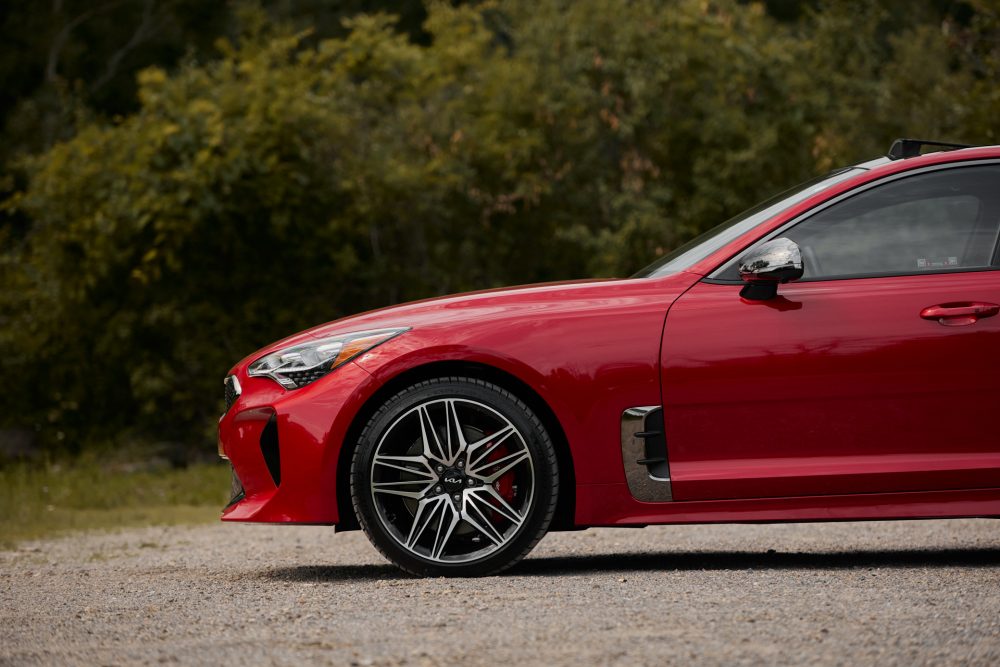 But what the Stinger lacks in precision, it makes up for it in overall comfort and practicality. Its dampers are always soft and compliant, even when the car is set to its sportiest setting. And while the steering wheel does react quickly to your inputs, it’s just never as precise or direct as in a Genesis or something German. 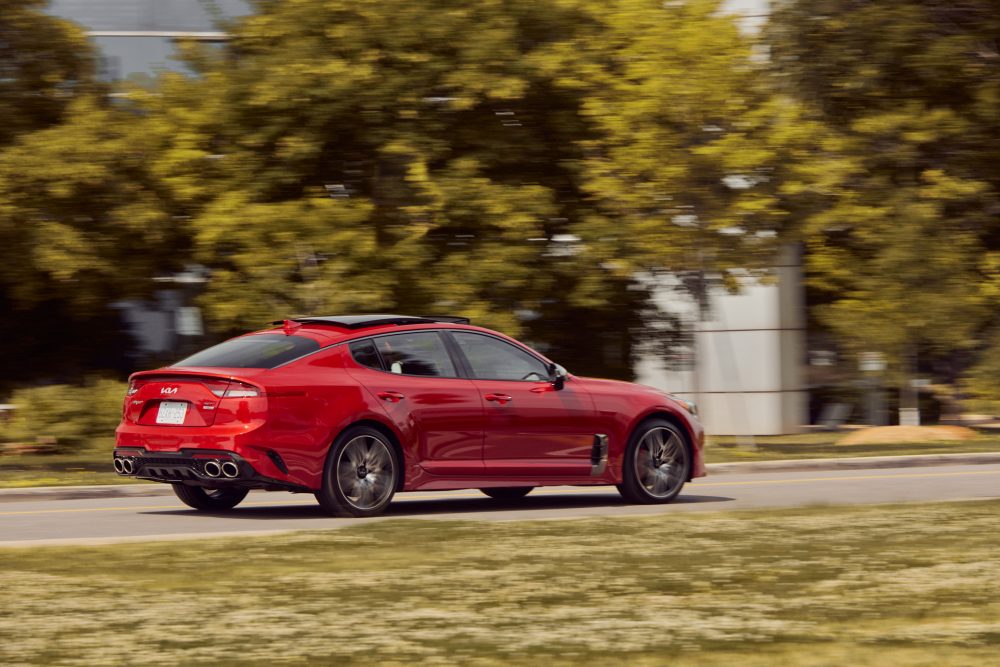 Mind you, a 0-100 km/h time of 4.5 seconds thanks to launch control is nothing to be ashamed of. That’s fast enough to humiliate cars like an Infiniti Q50 or a Lexus IS350, while giving a BMW M340i a bit of a scare along the way. The Stinger’s V6 engine pulls strong, puts down fantastic low to midrange torque while letting itself rev out smoothly all the way to redline. The gearbox also shifts in rapid sequences, always finding the meat of the powerband. Meanwhile, that new variable exhaust adds a bit more personality to what used to be a highly robotic experience. 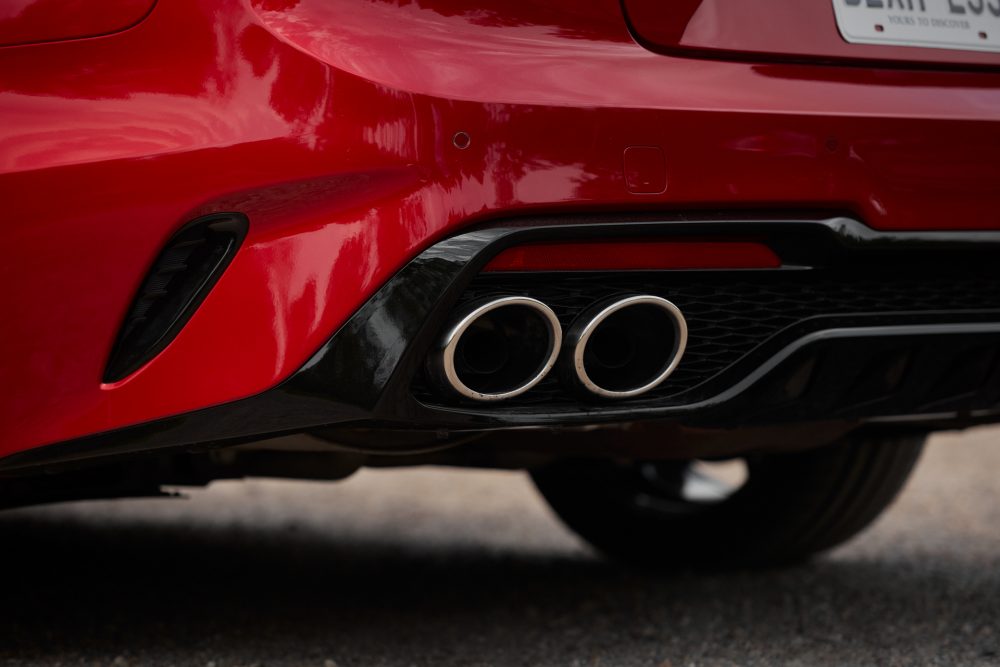 The Kia Stinger does literally everything well. It feels solid, well built and well engineered. Its front seats are massively supportive and comfortable no matter how you’re driving it, while the rear bench provides more than ample leg and headroom for tall people. It’s also extremely practical because it’s a large hatchback. 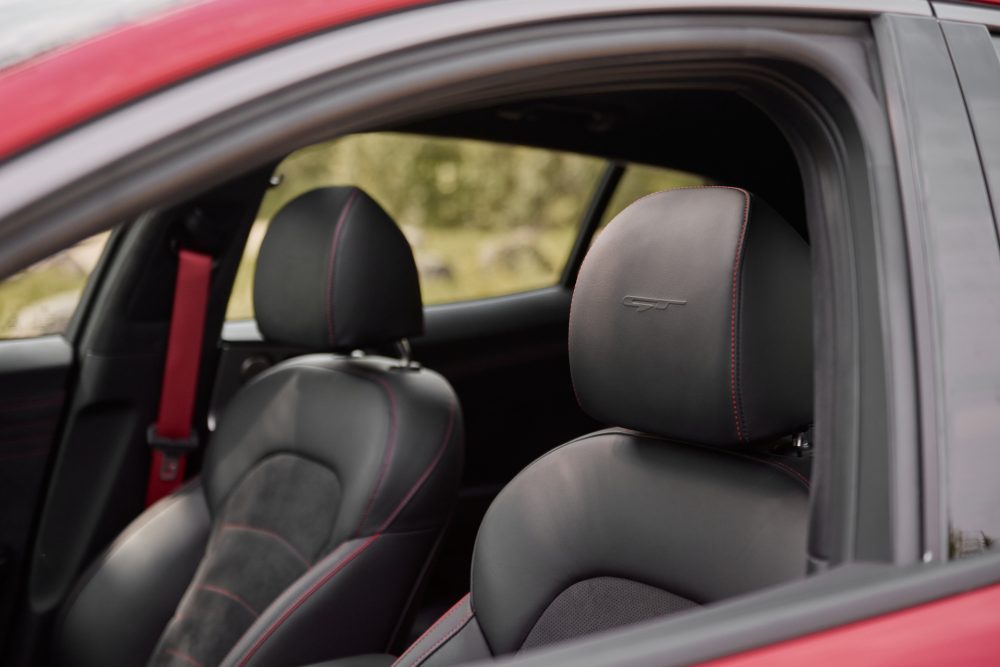 Lower the rear setbacks down to the floor in a Stinger, and the car will engulf up to 1,132 liters of your gear. That’s not as much room as a crossover, but it’s much better than any sedan currently on sale. Only an Audi A5 Sportback comes close at 991 liters. 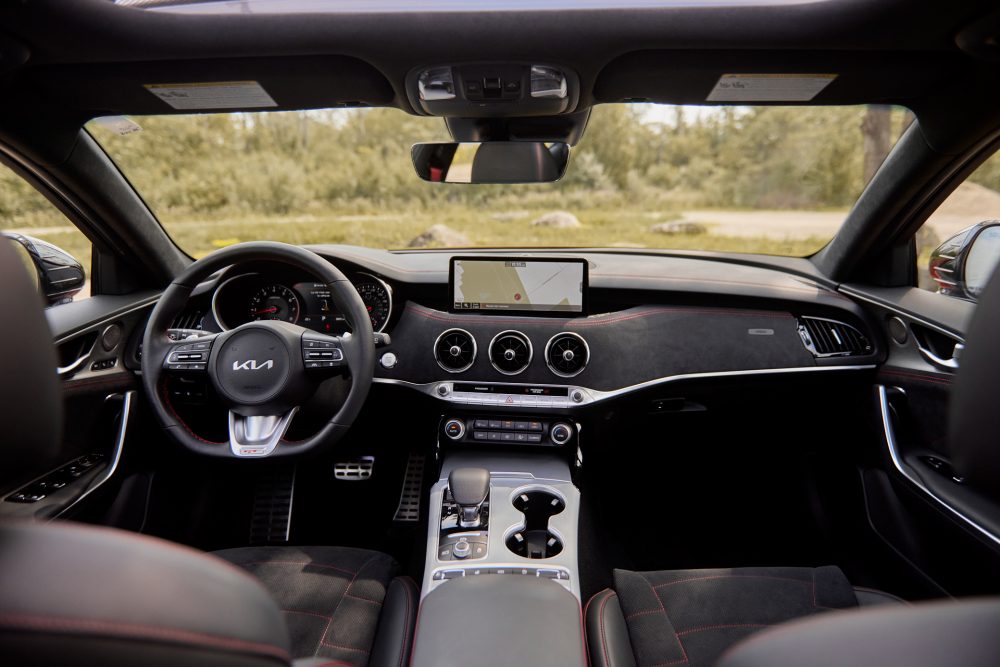 Inside, the 2022 Kia Stinger gets an even spicier cabin thanks to more upscale materials, notably the addition of suede on the dashboard, door inserts and seats for this trim level. The trio of chromed-ringed air vents remains the dashboard’s signature ornament, an homage to the original Audi TT, a car also designed by Peter Schreyer, one of the Stinger’s lead designers. 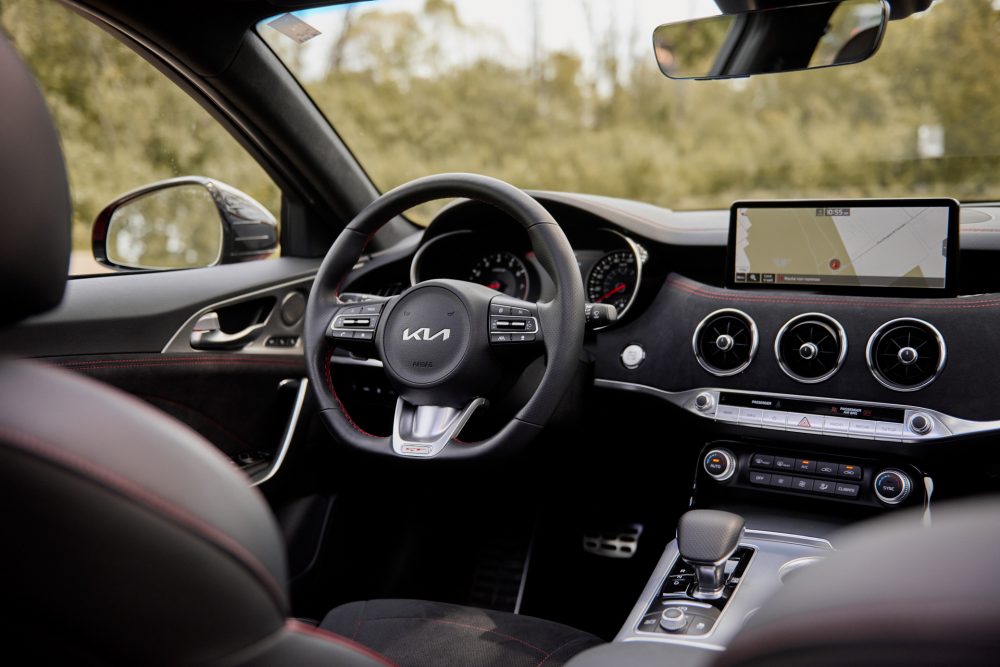 Overall ergonomics are impeccable, so is build quality, but the lack of a fully digital gauge pod is unusual in this price range. Like the G70, the updated infotainment system is neat, and integrates a slew of new features like wireless Android Auto and Apple CarPlay, but I miss the simple, straight forward layout of the old system. 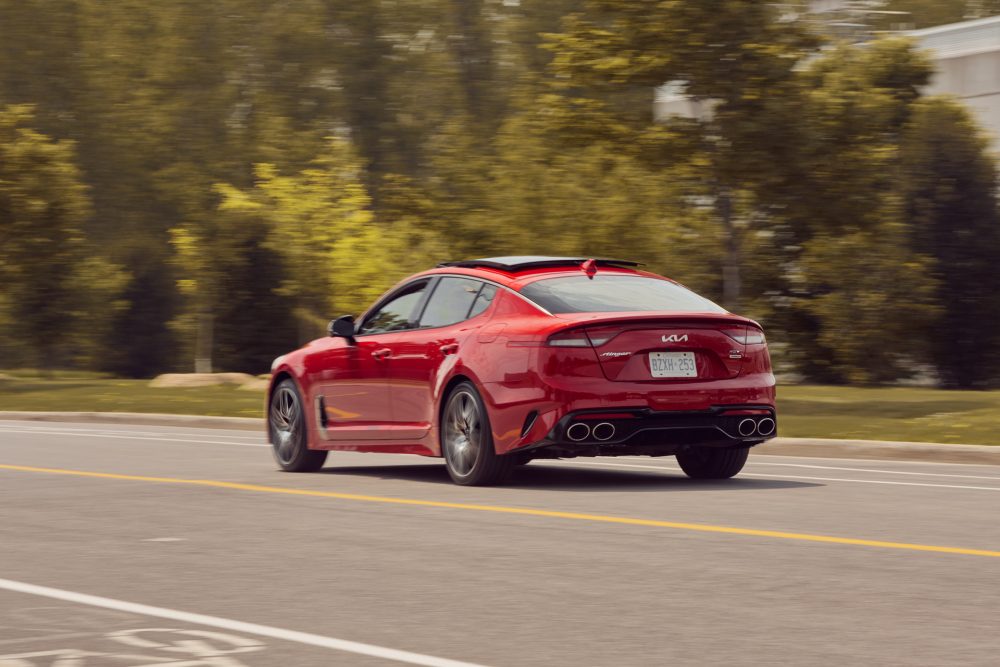 Look, the 2022 Kia Stinger GT is the kind of fantastic hatchback sport sedan that everyone will suddenly care about the day it’ll disappear. Nobody currently buys these things, because everyone is so caught up buying SUVs or something with a German badge instead. And that’s a shame, because for the rare owners who have seen the light, the Stinger is hands down one of the best purchases someone can currently make. It’s already creating its own legacy as I write this.