2021 Volkswagen ID.4 Proves How Much VW Has Changed 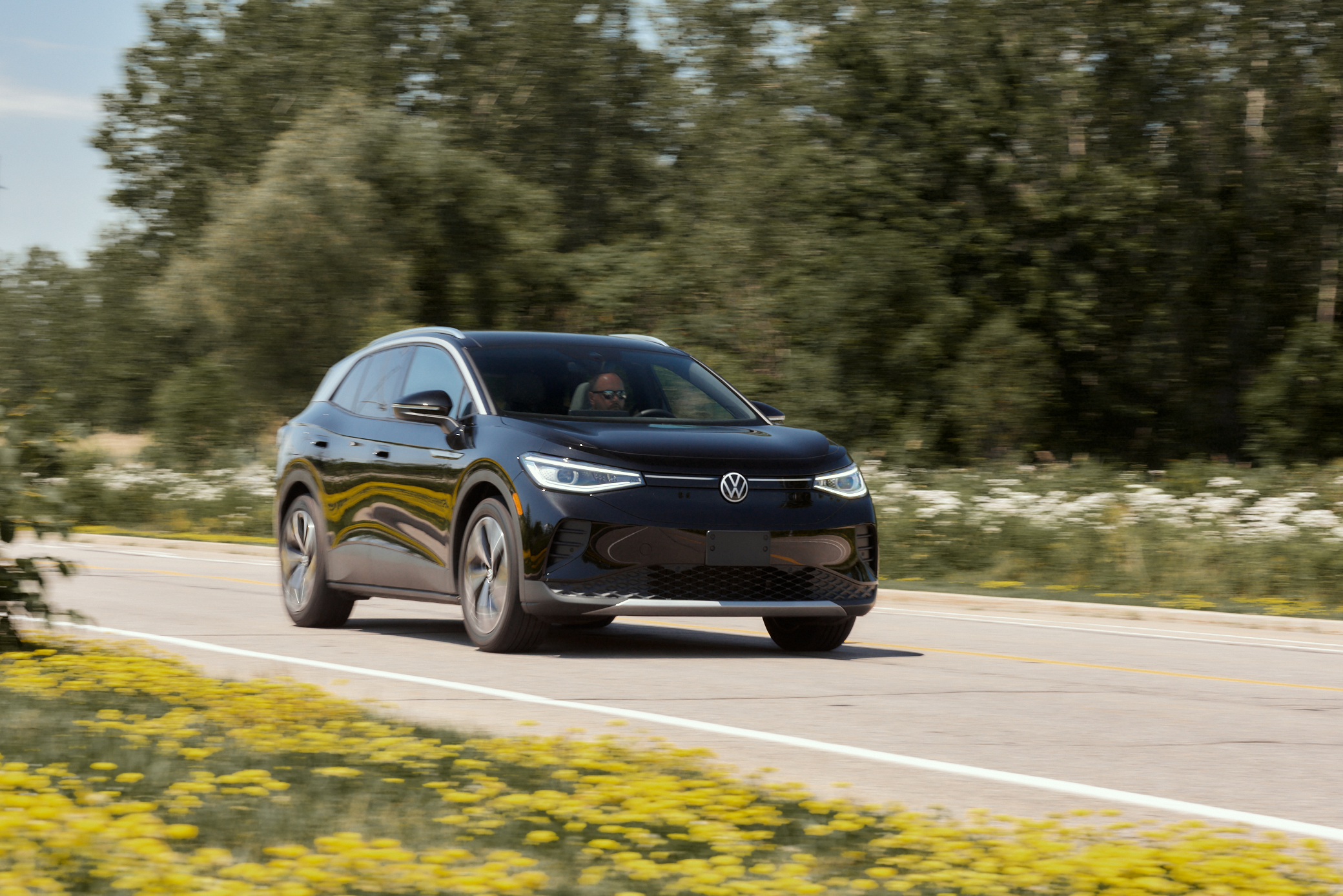 The 2021 Volkswagen ID.4 is VW’s latest stab at selling electric vehicles. It’s also how it plans to make up for its dieselgate fuck up. Yes, the ID.4 pushes all the right buttons and it should sell well. But, I don’t know, after driving the MK7 Golf GTI, or even the charming e-Golf, the ID.4 feels stale. It doesn’t feel like a VW product at all. 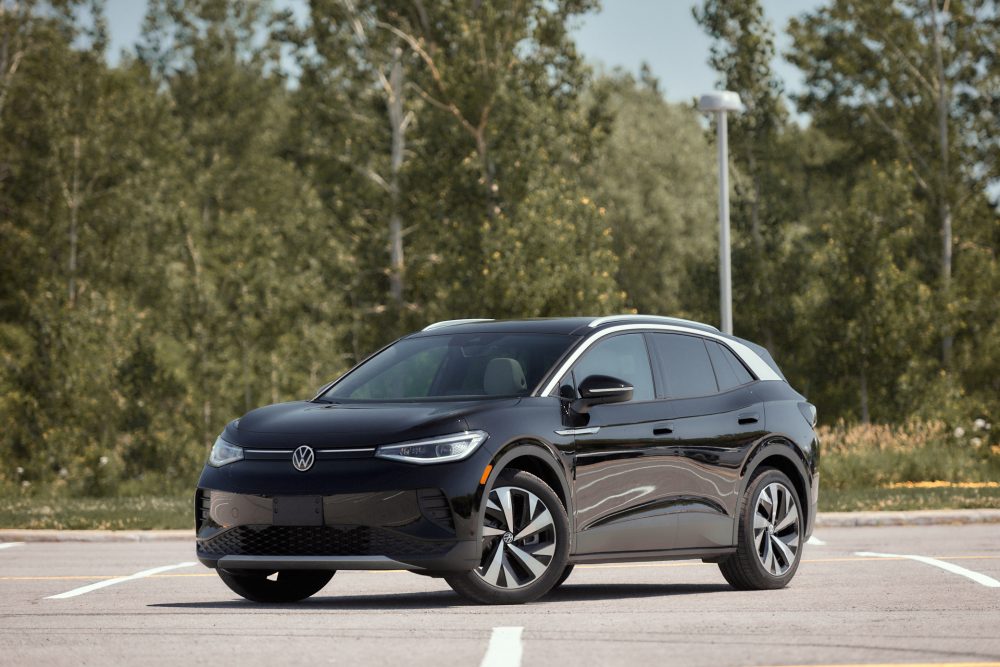 Volkswagen says the ID.4 is its most important car since the original Beetle, and I can see why. Everything about this electric vehicle seems to have been cooked up to be as rational and “people car” friendly as possible. It also marks a significant departure from the overachieving (and overengineered) Ferdinand Piech VW era. Forget crazy projects like W8 Passats and mid-engine Golfs. All of that is over at Volkswagen. The company now needs to focus on mass-selling, profitable electric vehicles. The ID.4 represents the start of this new era. 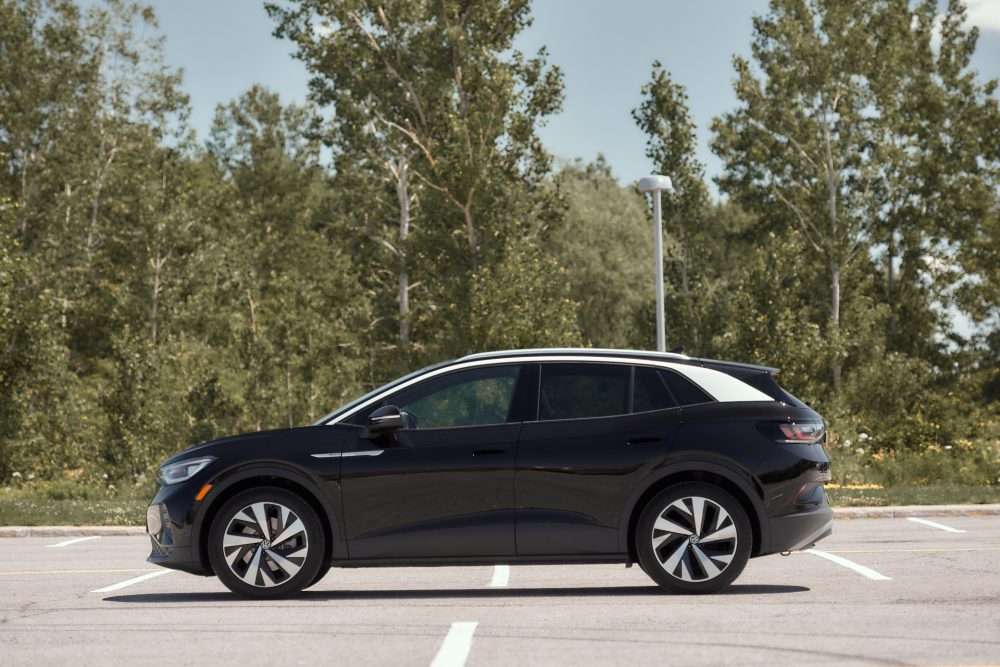 And I’m all for that. If a carmaker needs to reinvent itself and sell consumer-oriented products for a few years, so be it. Mazda did it with the CX-5 and so did Honda with the Civic and CR-V for a while. My issue with the ID.4 is that it tries way too hard to reinvent the wheel, yet fails, to the point where it becomes a highly irritating vehicle. 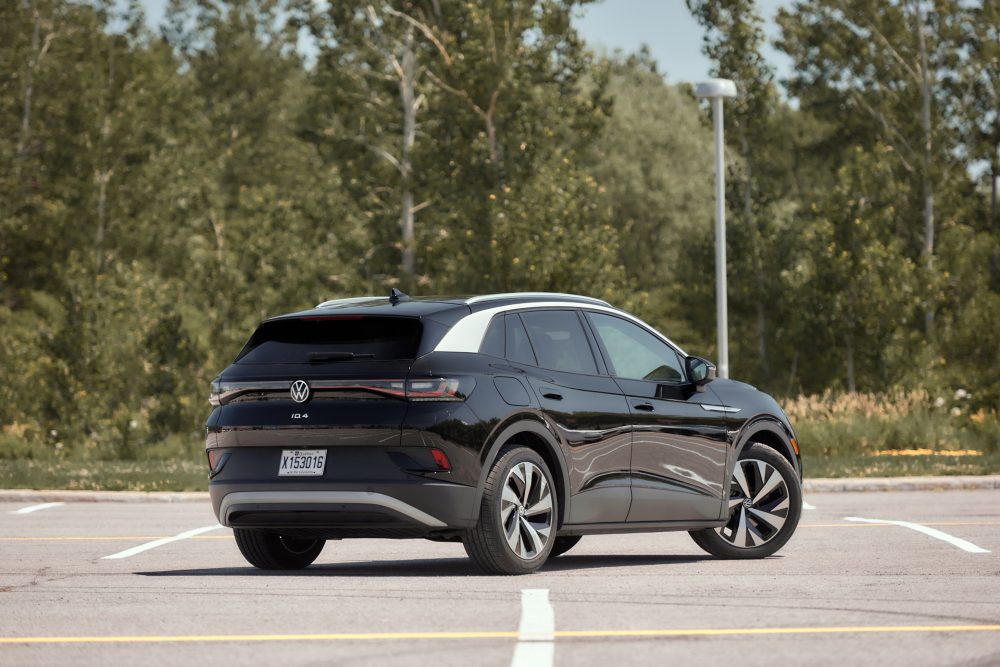 I’ll get back to all of that in a bit. For now, what you need to know is that the 2021 Volkswagen ID.4 aims at taking on both the Tesla Model Y and Ford Mustang Mach E, but sells for considerably less money than its two American rivals: $44,995 for an entry level rear-wheel drive model, which means it’s eligible to two government incentives here in Quebec. This shaves $13,000 off the ID.4’s price, something that you can’t do with a Mach-E or a Model Y. 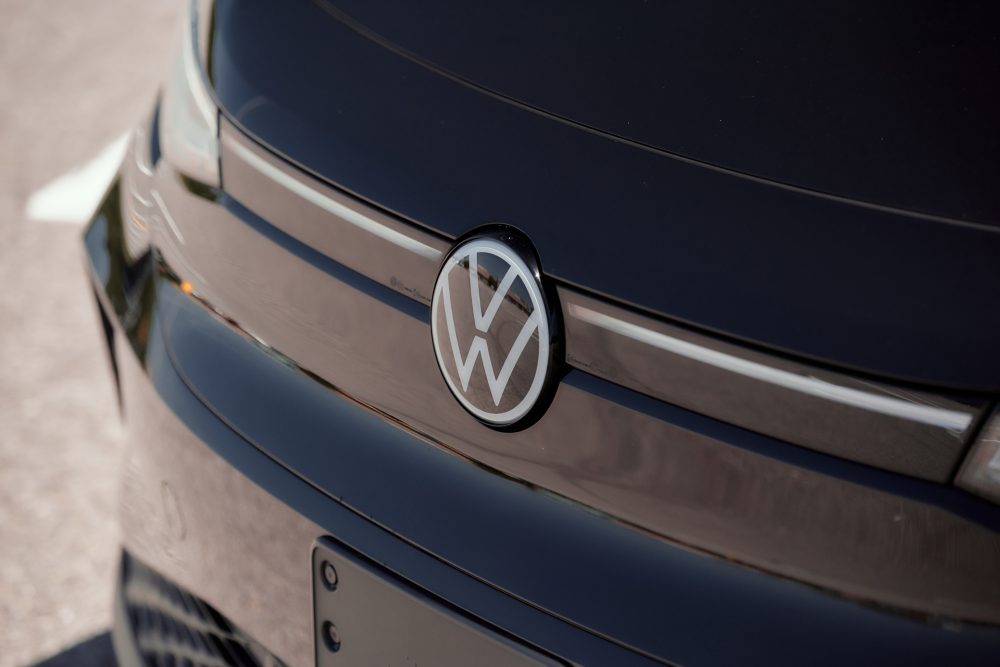 Power comes from an 82 kWh (77 kWh usable) battery that sends 201 horsepower and 229 lb-ft of torque straight to the rear wheels. In rear-wheel drive form, the ID.4 will get you about 400 km of EPA-certified range on a full charge. When the all-wheel drive model arrives this fall, it’ll sell for $49,995 and promise 295 combined horsepower. Its range will however be lower at around 386 km. The ID.4 you’re seeing in these pictures is a Pro S model that comes from the United States. It’s the equivalent to our Statement package which adds about $8,000 on the bill. 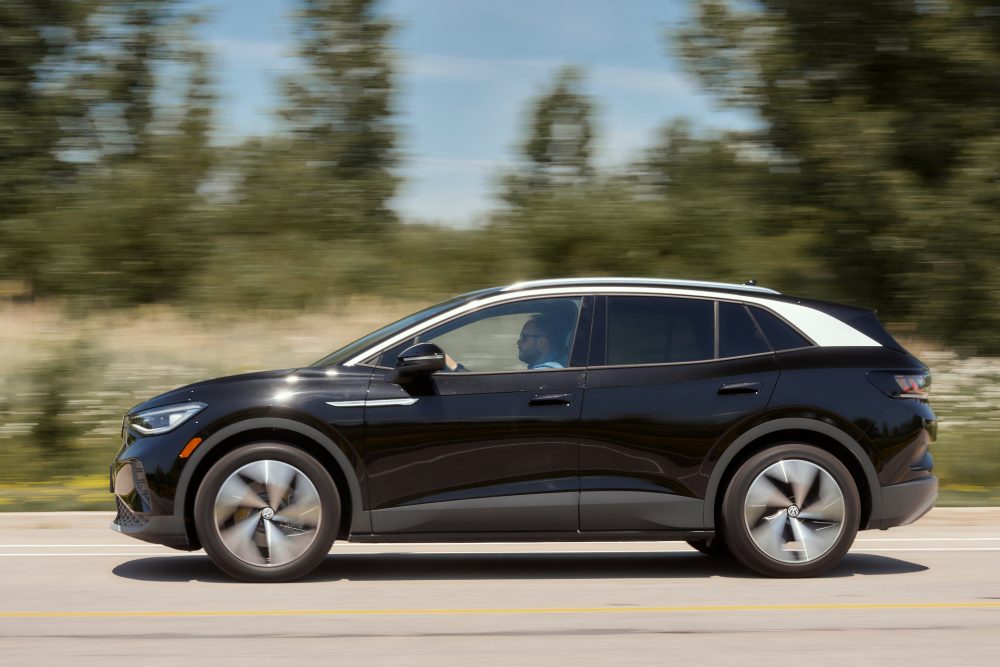 It is in fact a bit sad that an EV sold in 2021 has the same range and less torque than a Chevrolet Bolt EV that was released in 2016. The ID.4 is also not really quick off the line nor particularly sporty. I get it, it was never meant to be a sports SUV in the first place. It’s a daily driver that can seat five and haul a lot of cargo. That’s all fine. 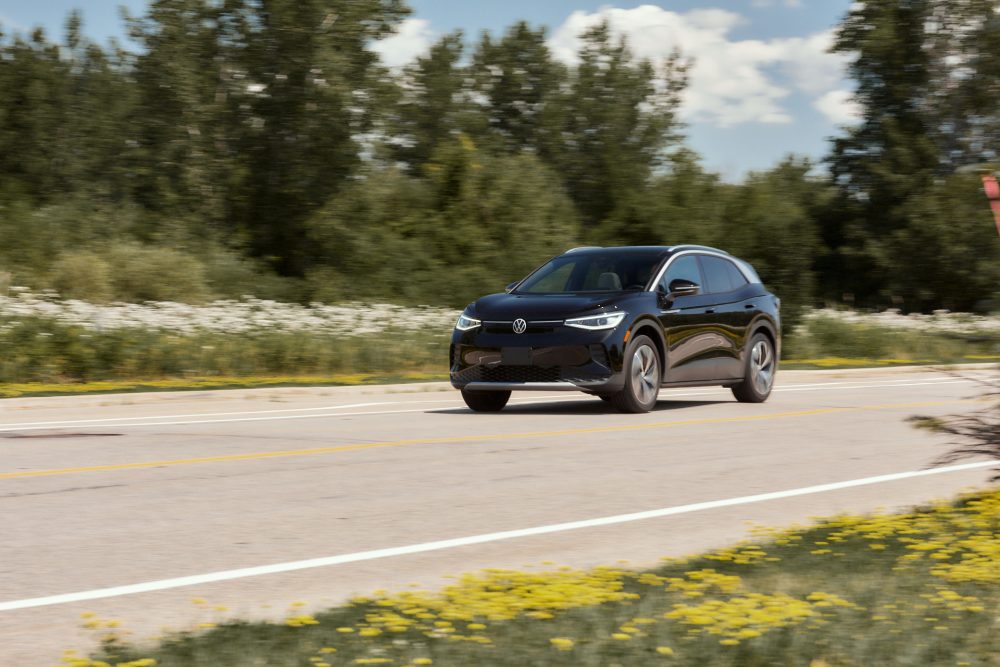 But when you think about it, cars like the Bolt EV, the Kia Soul EV or even its twin brother, the Niro EV, are also meant to be sensible, consumer-oriented products. Yet, they’re quick off the line and immensely fun to drive. Sadly, the ID.4 is not. 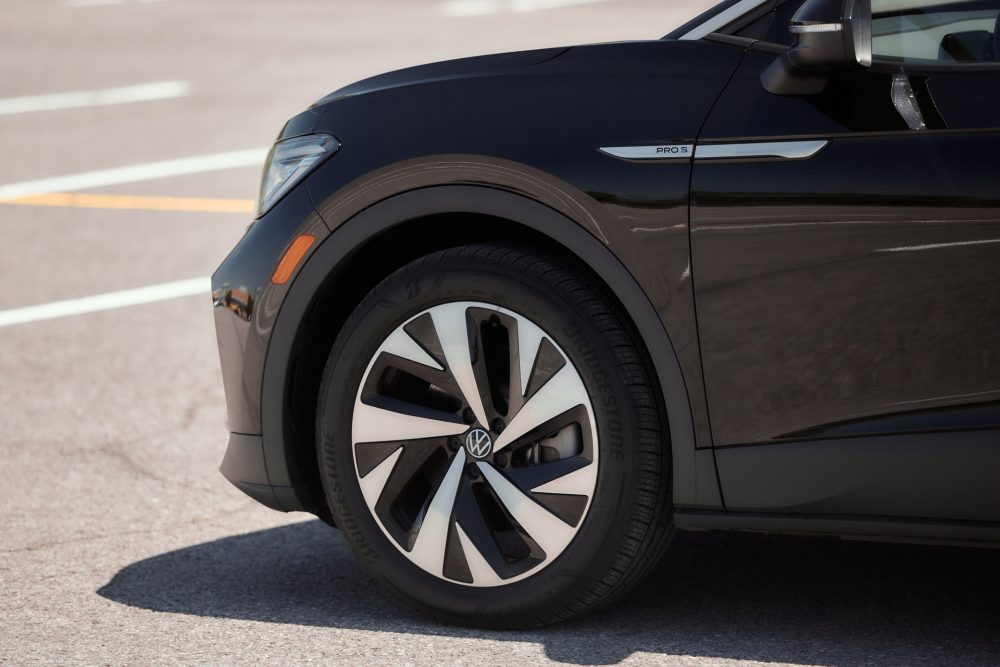 Granted, it’s a considerably larger and heavier vehicle, one that offers much more cargo and passenger space. But its battery capacity is almost 20 kWh larger than the Korean competition, yet it doesn’t manage to beat them in range and performance. Things become even more problematic when trying to enter a corner quickly with the ID.4. Normally, electric cars are glued to the road thanks to a low center of gravity, but not the ID.4. Body roll is felt, the tall tires hunt for grip, and the suspension is way too stiff, so the darn thing is always bouncing around the moment you hit a bump. It just doesn’t feel like the chassis and suspension were actually calibrated by anyone, which is weird coming from Volkswagen. 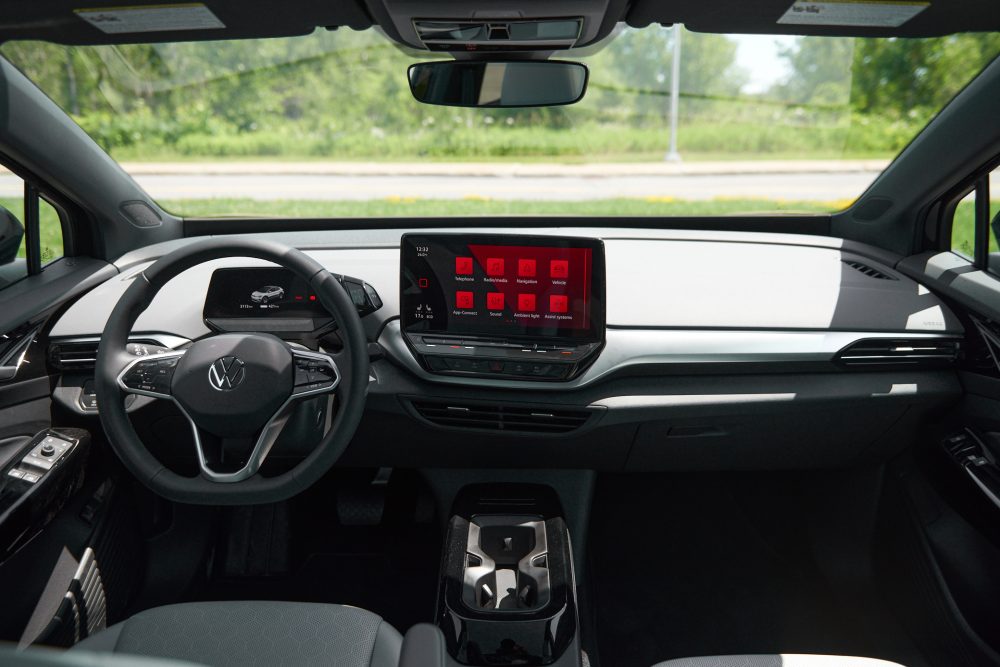 What this Volks does have going for it is a plush, roomy cabin, fantastic build quality and a highly smooth ride. You guys probably read my latest rants about how cheaply built modern VWs have been, but it’s not the case with the ID.4. Everything is impeccably fitted together, cabin squeaks and rattles are non-existent and the drivetrain is butter smooth at any speed. This EV also manages its energy rather well. I managed to return a 17.7 kWh/100 km consumption average when I had it, and travelled up to 427 km on a full charge. That’s 27 km more than what Volkswagen advertises. Impressive. 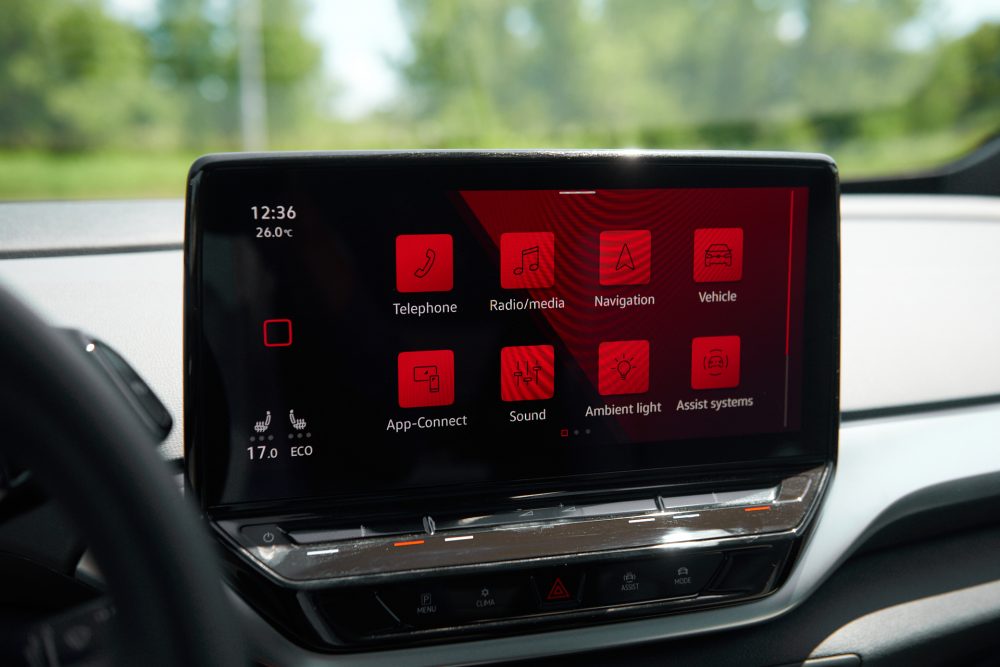 The ID.4 does however have some serious ergonomic issues. For starters, it likes to turn off for no reason. Electric cars will do that, and you don’t really need to start them given they don’t have a gasoline engine. That’s all normal. But let’s say you’re about to run a quick errand and leave the ID.4 parked with your spouse, kids and the key in the car as you exit the driver’s seat, the car will turn off and so will its accessories. Your passengers will then need to turn on the car on again as well as the air conditioning. How does any of this make sense? 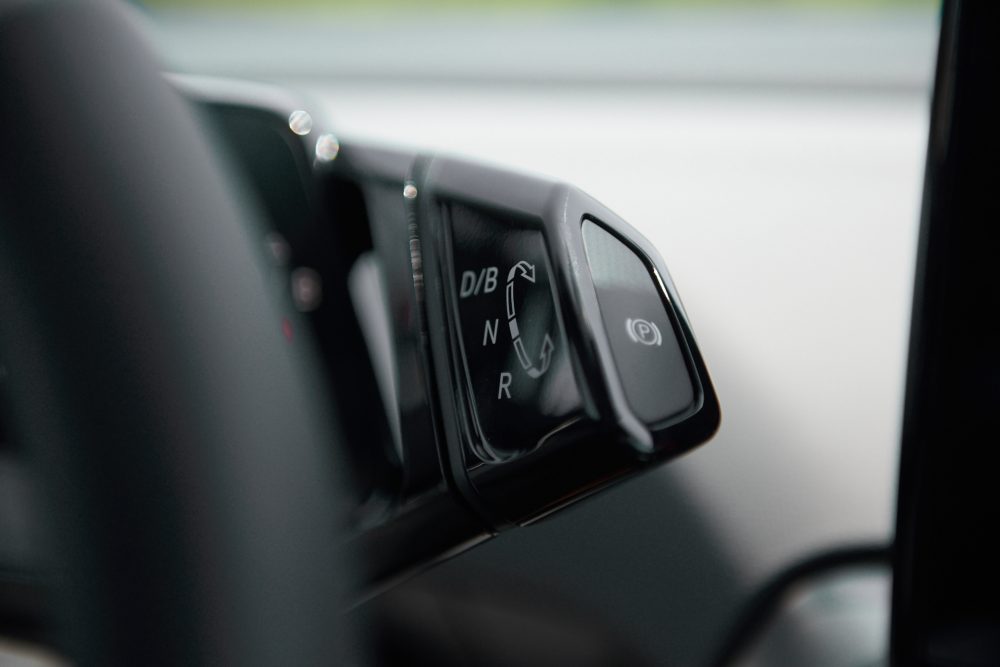 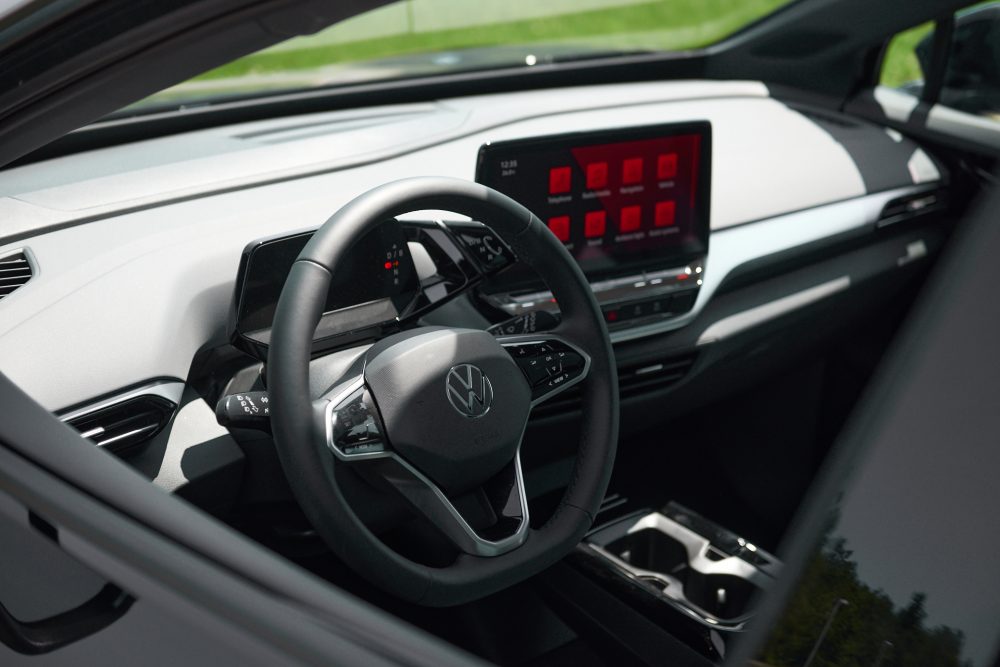 All of the car’s controls, and I mean ALL of the car’s controls, use annoying haptic feedback buttons, which suck. Finally, VW tries to add a home button on the infotainment system like on an iPhone, which is great, but then doing simple things like turning off the climate control system takes several steps. The ID.4 also seems to think its driver and passengers have never been in a vehicle in their life by explaining them how the vehicle’s driving aids work using images instead of words. It’s all a mess. 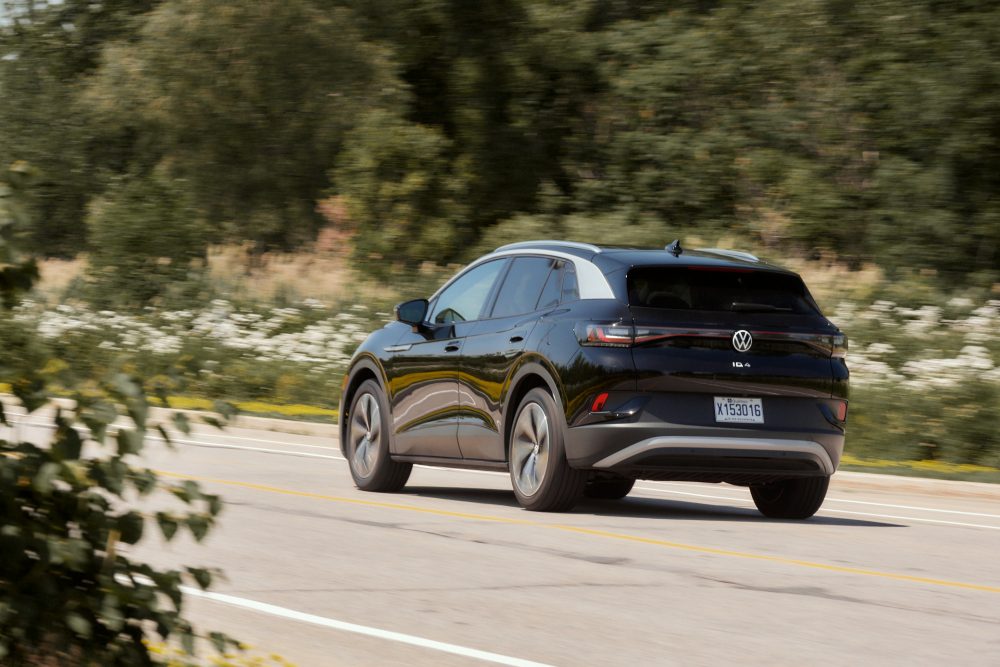 Perhaps where the 2021 Volkswagen ID.4 disappoints me the most is that it doesn’t feel like a Volkswagen effort, but rather the result of too many people talking in a board meeting. It’s just trying to be too many things at once, but fails and ends up being nothing particularly compelling. Considering that a seriously bitchin’ Hyundai IONIQ 5 is just around the corner with more range and V2L capability, all sold at a similar price tag, I feel Volkswagen may have already lost the affordable EV race.